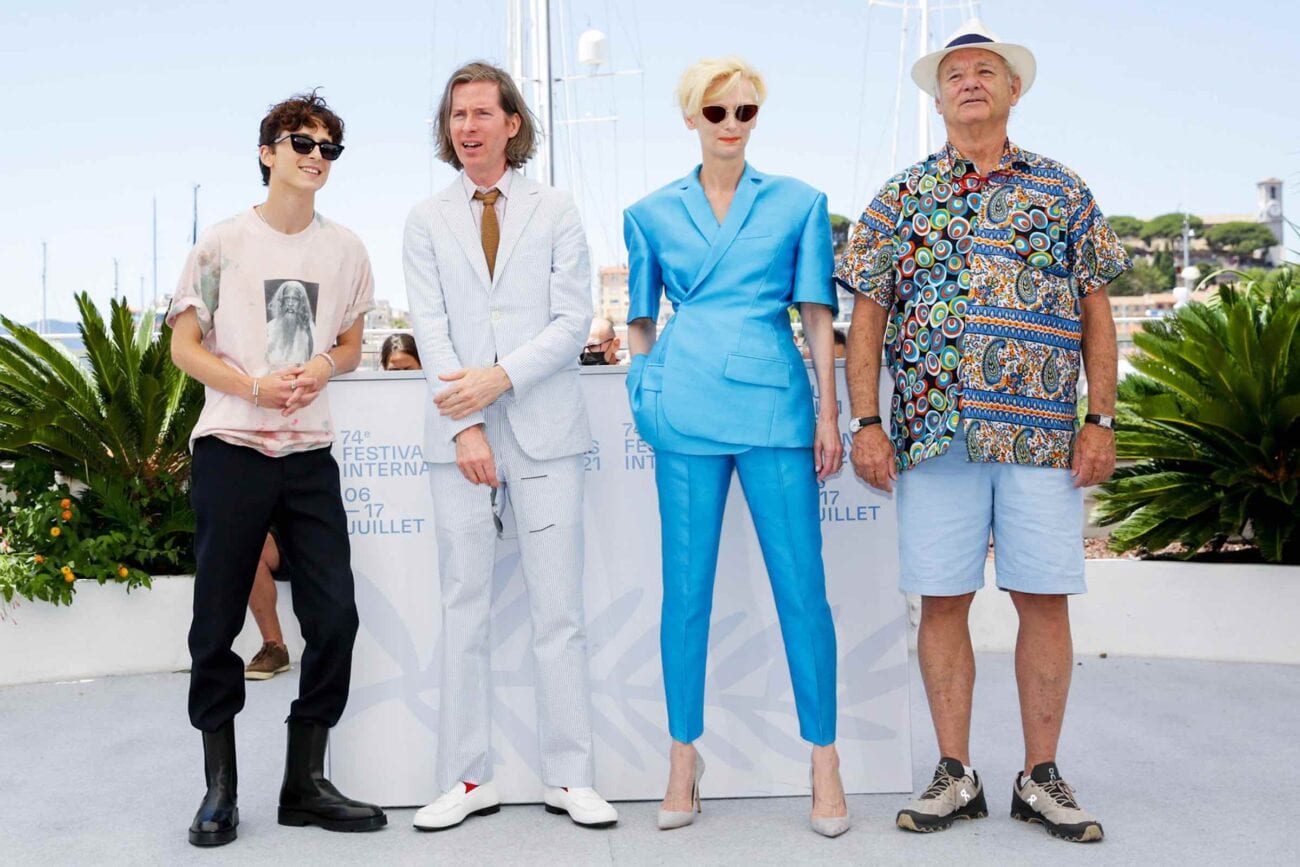 Bill Murray is a legend, plain & simple. The famous actor rolled up to the Cannes Film Festival two days ago in an outfit that is now fresh meme fodder for the internet and we’re still giggling.

I would like this picture of Bill Murray wearing this outfit and two watches to the premiere of The French Dispatch preserved and put up at The Louvre next to the Mona Lisa. The balance of his outfit in contrast to Tilda Swinton’s sharp suit is HIGH ART. pic.twitter.com/90WudoGQPl

It truly is just *chef’s kiss*.

the shirt Bill Murray is wearing costs $2,000 because the pattern is so complicated pic.twitter.com/oBA8NGOPUI

ive been grinding for 60 hours and i still havent unlocked bill murray. this is bullshit. pic.twitter.com/BNK7U0Iw6H

He’s only unlocked when you get to the final boss.

Bill Murray and Tilda Swinton are every couple over 40 in Florida. pic.twitter.com/RU8LK3SZ0y

They’re also the two kinds of people who show up to a last minute party. Tell us we’re wrong.

Bill Murray looks like he’s one of the Four Horsemen of the fashion apocalypse pic.twitter.com/xVcsTjXZuP

Aka the worst of the fashion police.

When I see Bill Murray is ok after his name is trending pic.twitter.com/bqKxPblUhT

We love to see everyone laughing together!

In a world where you can be anything…be Bill Murray at Cannes https://t.co/WDZptwQcHx

Make that into a t-shirt, we’ll throw money at you.

Have any other great memes of Bill Murray’s outfit at the Cannes Film Festival? Drop them below in the comments so we can keep strutting our stuff!