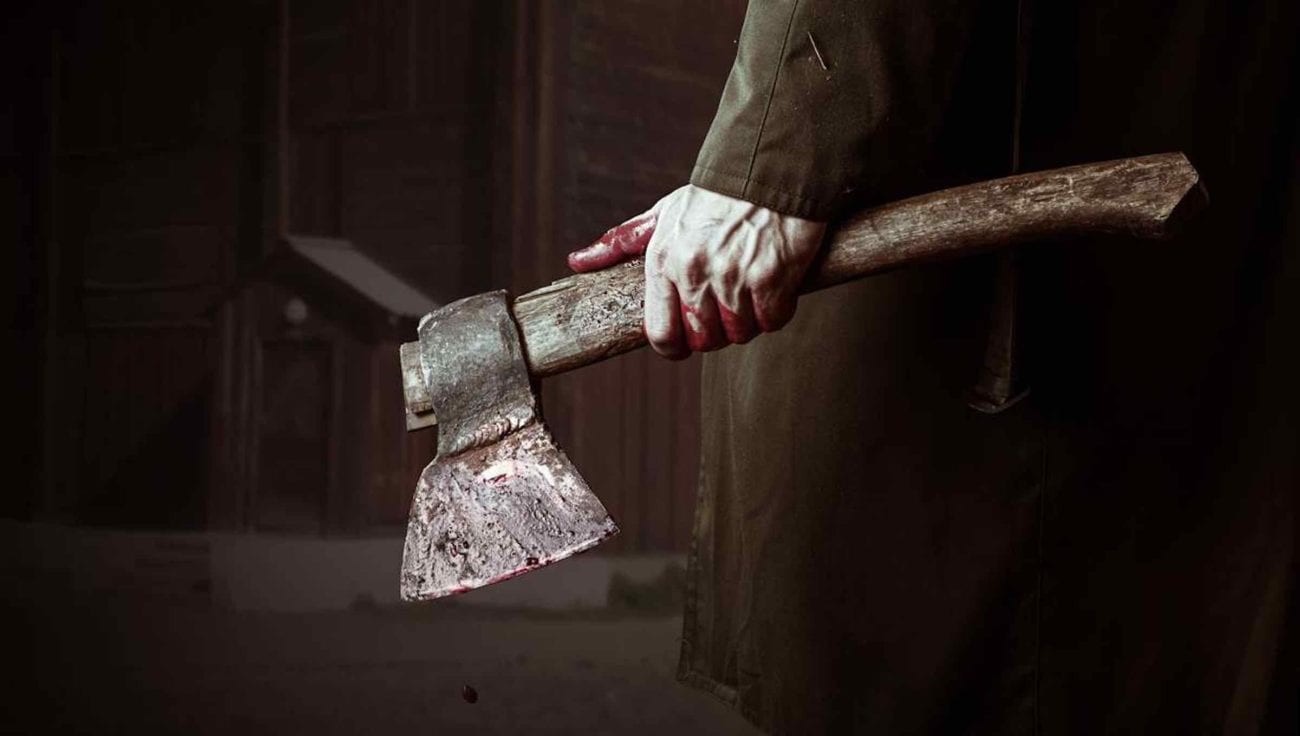 The murder mystery behind the crazed Axeman of New Orleans

Serial killers, and their prolificness, are not a new thing by any stretch of the imagination. Though with the increasing connectedness of the world, the rise of literacy in the 19th and 20th centuries, and the love of people for a good murder mystery, it’s unsurprising that serial killers became better known in recent centuries.

While Jack the Ripper terrorized London, a killer would emerge decades later in New Orleans that would shake the city to the core. For those true crime buffs, let’s talk about the Axeman. 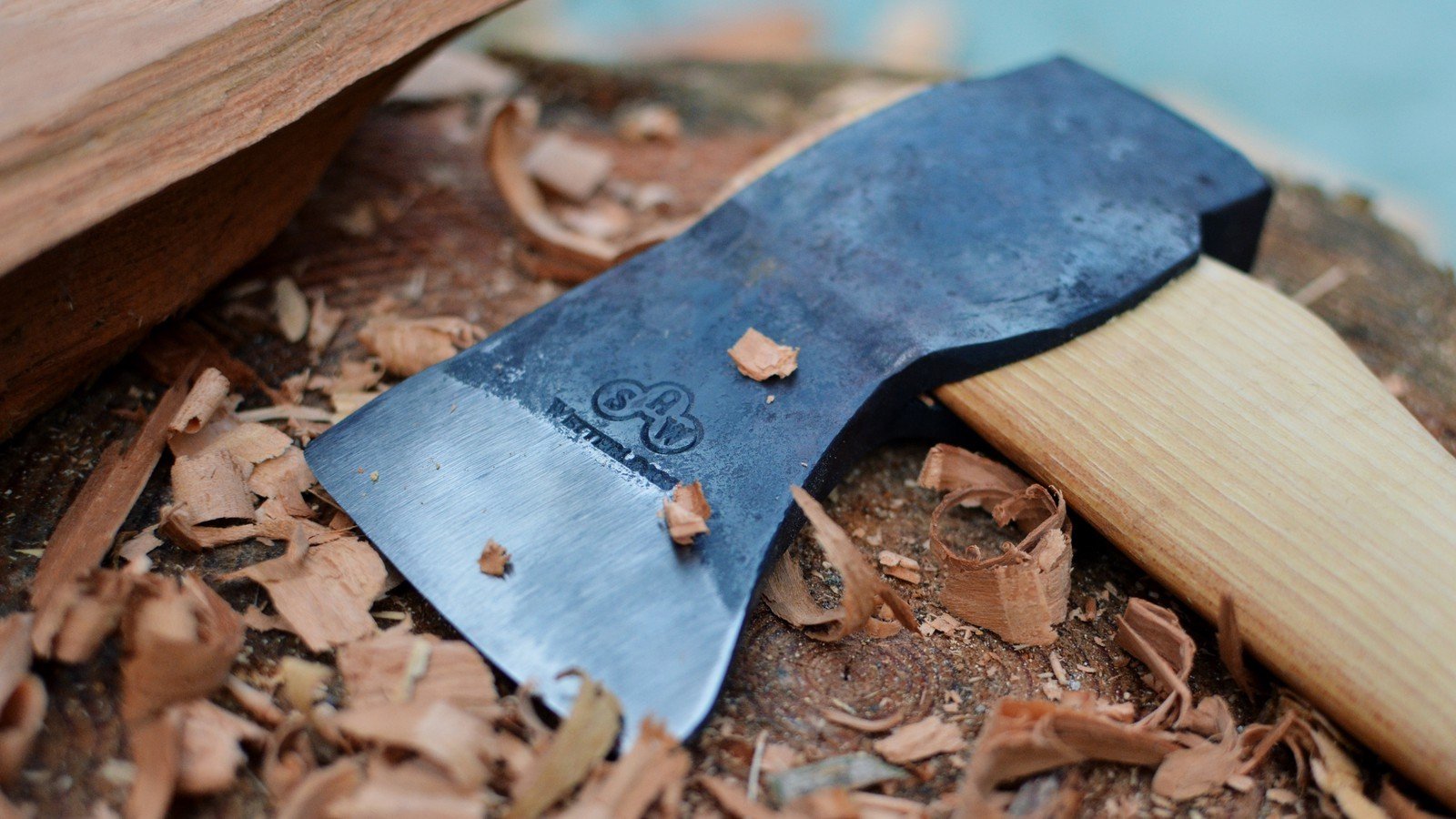 Everyone has an axe

To talk about the Axeman of New Orleans, we’re going back to May 1918. World War I was nearing an end. Jazz music was starting to take off. Common household appliances were different in comparison to today. While we may think that an axe is an odd weapon choice, it wasn’t back then. In fact, everyone had an axe. It would be weird not to have one.

Given the commonality of axes at the time, this is what made the Axeman terrifying. He was a figure that would creep into homes in the dead of night and attack people often with their own axes. Those who survived the attacks can only say that they saw a big black figure before the axe swung down.

When grocer Joseph Maggio and his wife Catherine were attacked in their bed on May 23, 1918, their throats were slit and then they were bludgeoned to death with the axe. Given that their throats were slit by a straight razor and that Joseph’s brother Andrew was a barber, the police suspected that Andrew killed the pair. The police, however, were unable to break his statement. 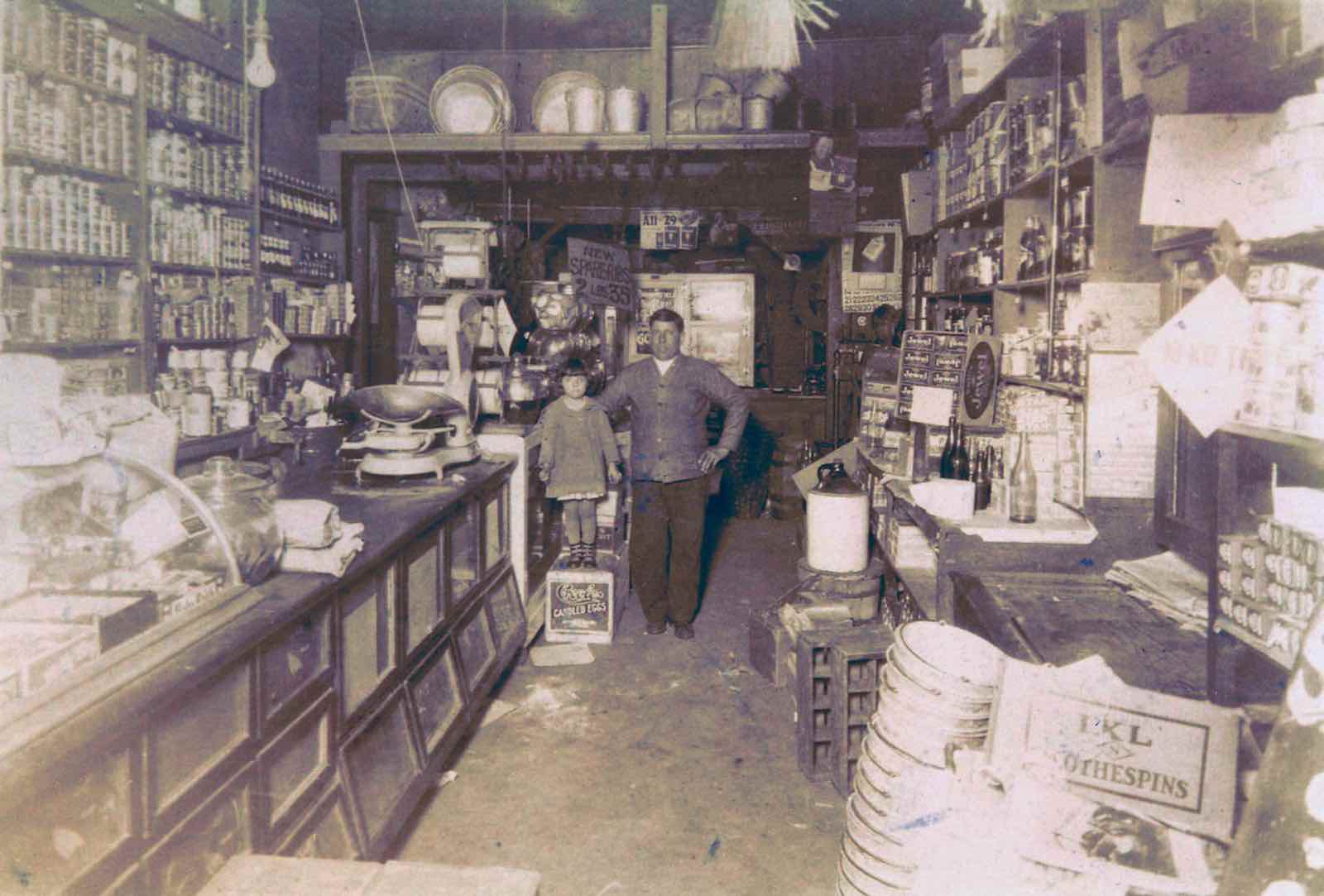 Andrew maintained that he saw an unknown man lurking near their home before he returned to the apartment that was next to his brother’s.

In June 1918, Louis Besumer and his mistress, Harriet Lowe, were the next victims of the Axeman. The two survived their initial attack unlike the Maggios. Given that Besumer was with his mistress and the axe was his, police assumed that he did it. Before Harriet died in Aug. 1918, she also claimed that it was Besumer who attacked her as she believed that he was a German spy.

Besumer was charged with murder and spent time in prison, but was eventually acquitted and released.

Anna Schneider was attacked on Aug. 5, 1918. Eight months pregnant at the time of her attack, both Schneider and her baby survived. Schneider said she remembered nothing of the incident and gave birth to her daughter two days later. It was with the Schneider attack that investigators began to wonder if the incidents were connected to each other.

Fear continued to ramp with the attack of Joseph Romano on Aug, 10, 1918. The elderly man was discovered by his two nieces. More importantly, they saw the attacker feeling from the bedroom, saying that it was a dark-skinned heavy-set man with a dark suit and slouch hat.

With the Romano attack, New Orleans erupted into chaos. Men would guard their sleeping families. People were getting rid of their axes. Some claimed to have seen the Axeman, saying that he left axes in their lawns. 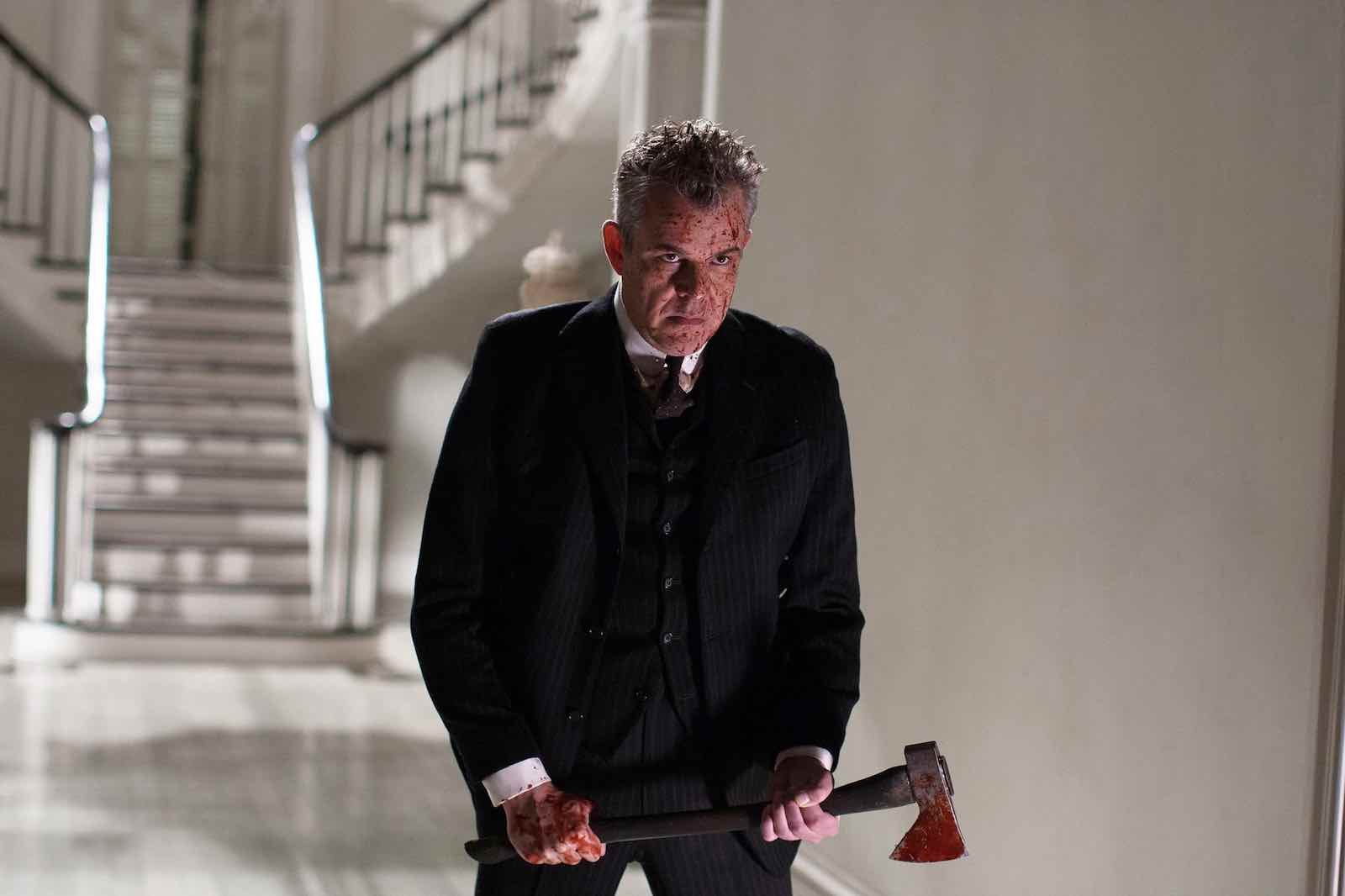 Slowly, the city was lulled into a false sense of security. Right until the Cortimiglia family was attacked on March 10, 1919. Charles and his wife Rosie survived their attack, but their two-year-old child, Mary, died in the attack. Rosie accused their neighbors, the Jordanos, for orchestrating the attack, but later retracted the accusation. 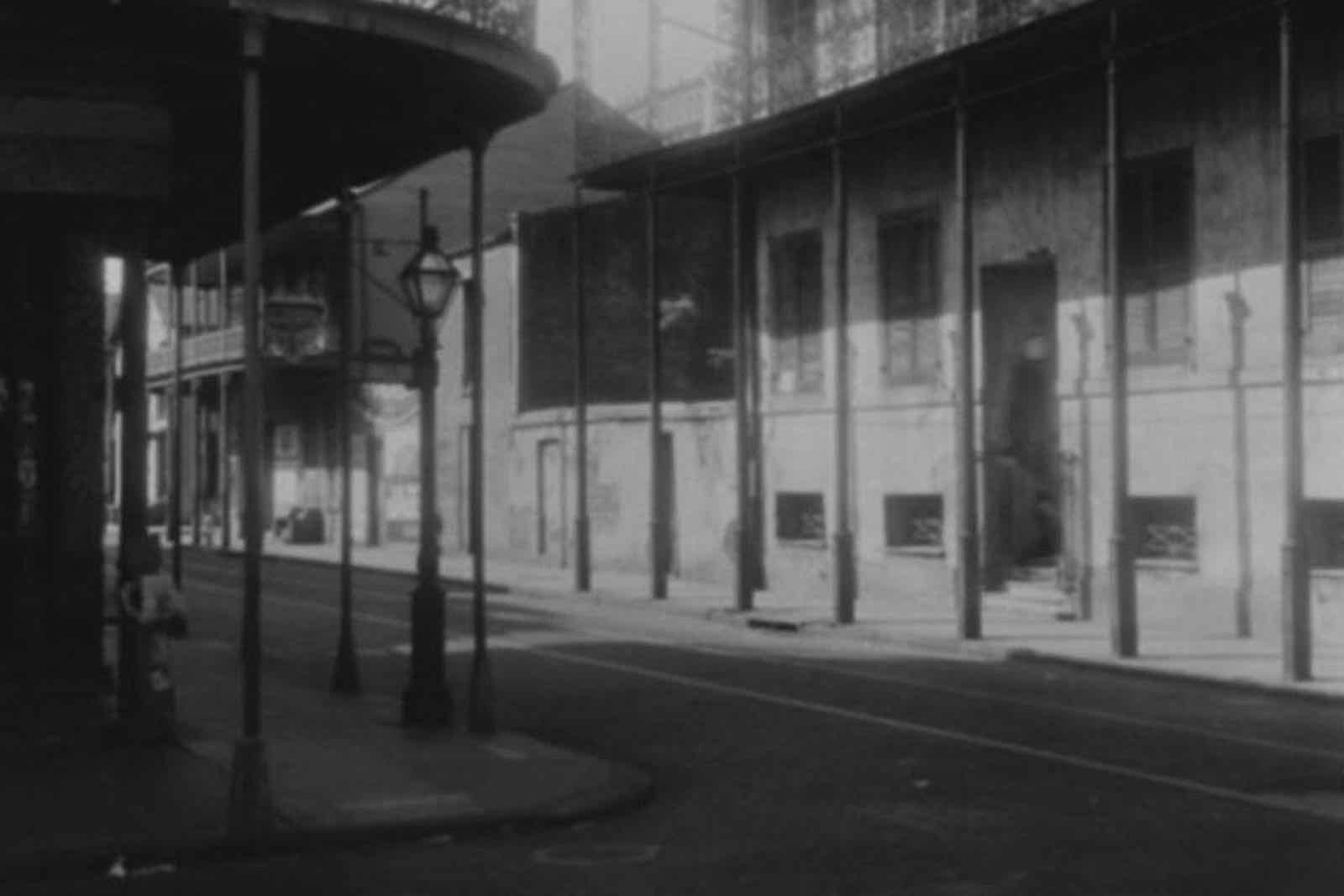 The last Axeman attack was Mike Pepitone, which took place on Oct. 27, 1919. His wife witnessed a man leaving their bedroom and found her husband covered in blood. She was unable to describe the killer to police.

The Axeman, however, holds a special infamy and not just the brutality of his attacks. Oh no, much like Jack the Ripper and the Zodiac, the Axeman had a letter with an odd request. 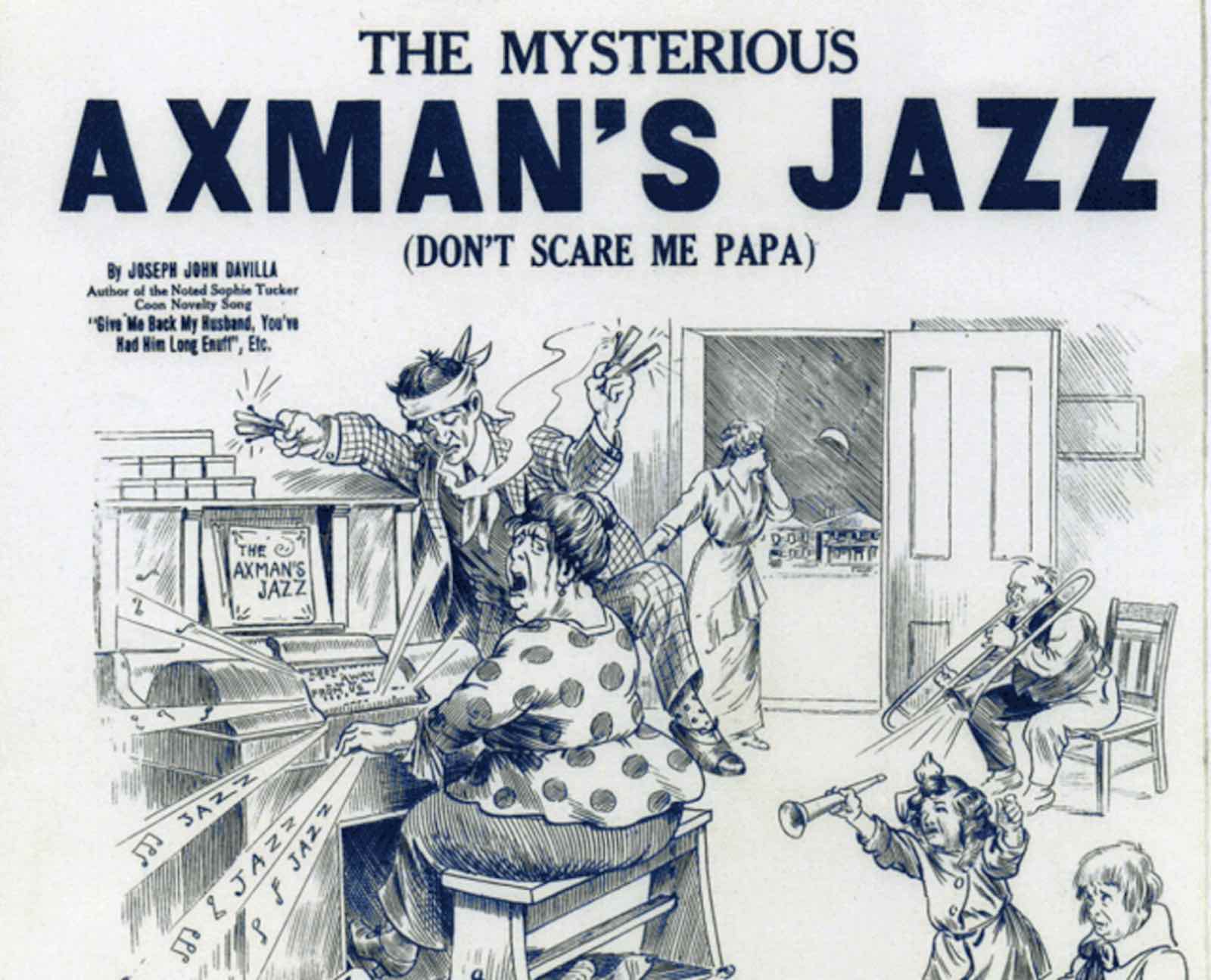 For whatever reason, the Axeman decided to make the request for the people of New Orleans. In a letter that claimed that he was a demon, the Axeman said that on March 19, he would not attack anywhere where there was a jazz band with jazz drums in full swing. And so. . . it was. People filled clubs and their homes with jazz. The Axeman had kept his word, but the letter has to be read to be believed. 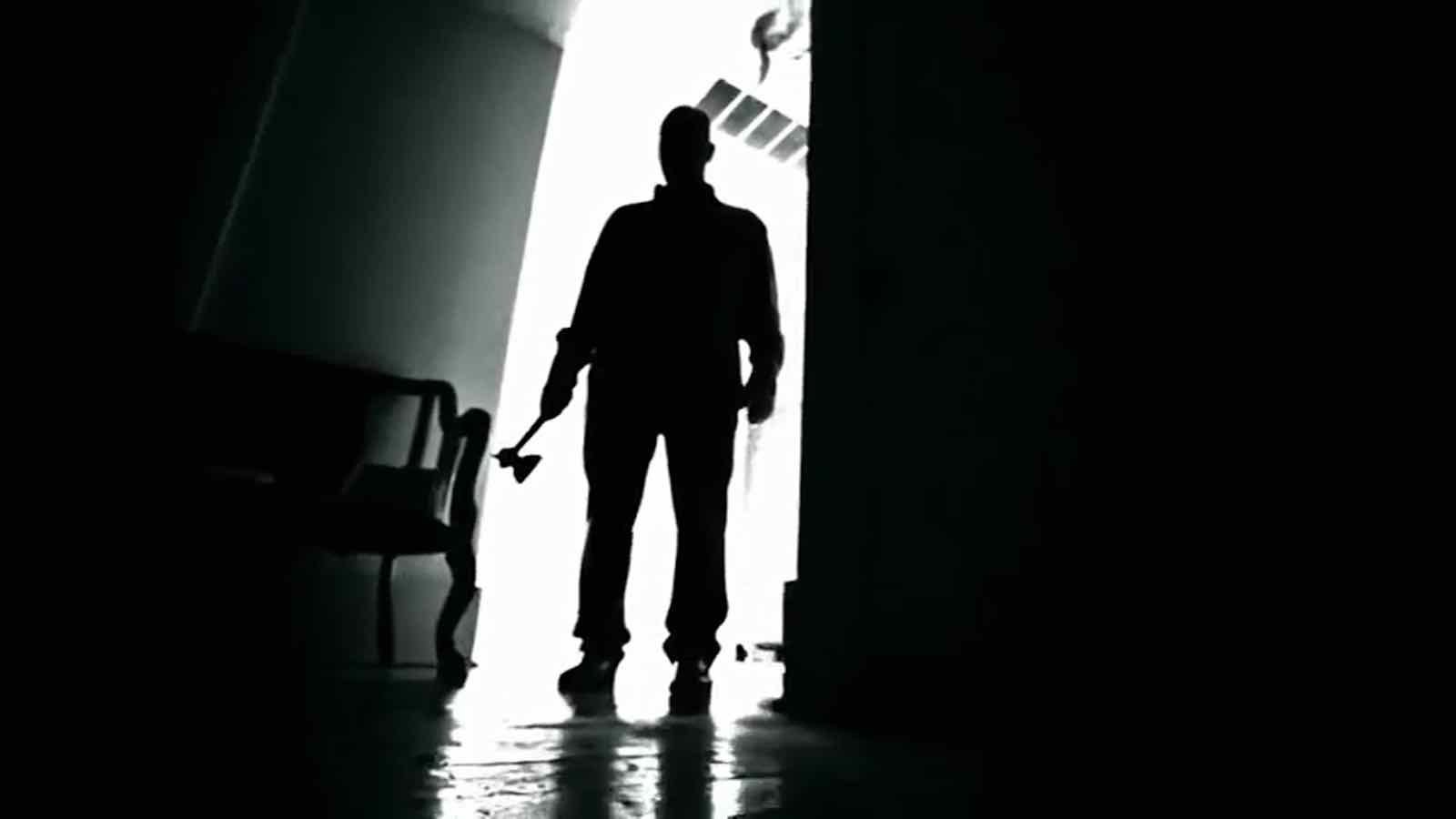 They have never caught me and they never will. They have never seen me, for I am invisible, even as the ether that surrounds your earth. I am not a human being, but a spirit and a demon from the hottest hell. I am what you Orleanians and your foolish police call the Axeman.

When I see fit, I shall come and claim other victims. I alone know whom they shall be. I shall leave no clue except my bloody axe, besmeared with blood and brains of he whom I have sent below to keep me company.

If you wish you may tell the police to be careful not to rile me. Of course, I am a reasonable spirit. I take no offense at the way they have conducted their investigations in the past. In fact, they have been so utterly stupid as to not only amuse me, but His Satanic Majesty, Francis Josef, etc. 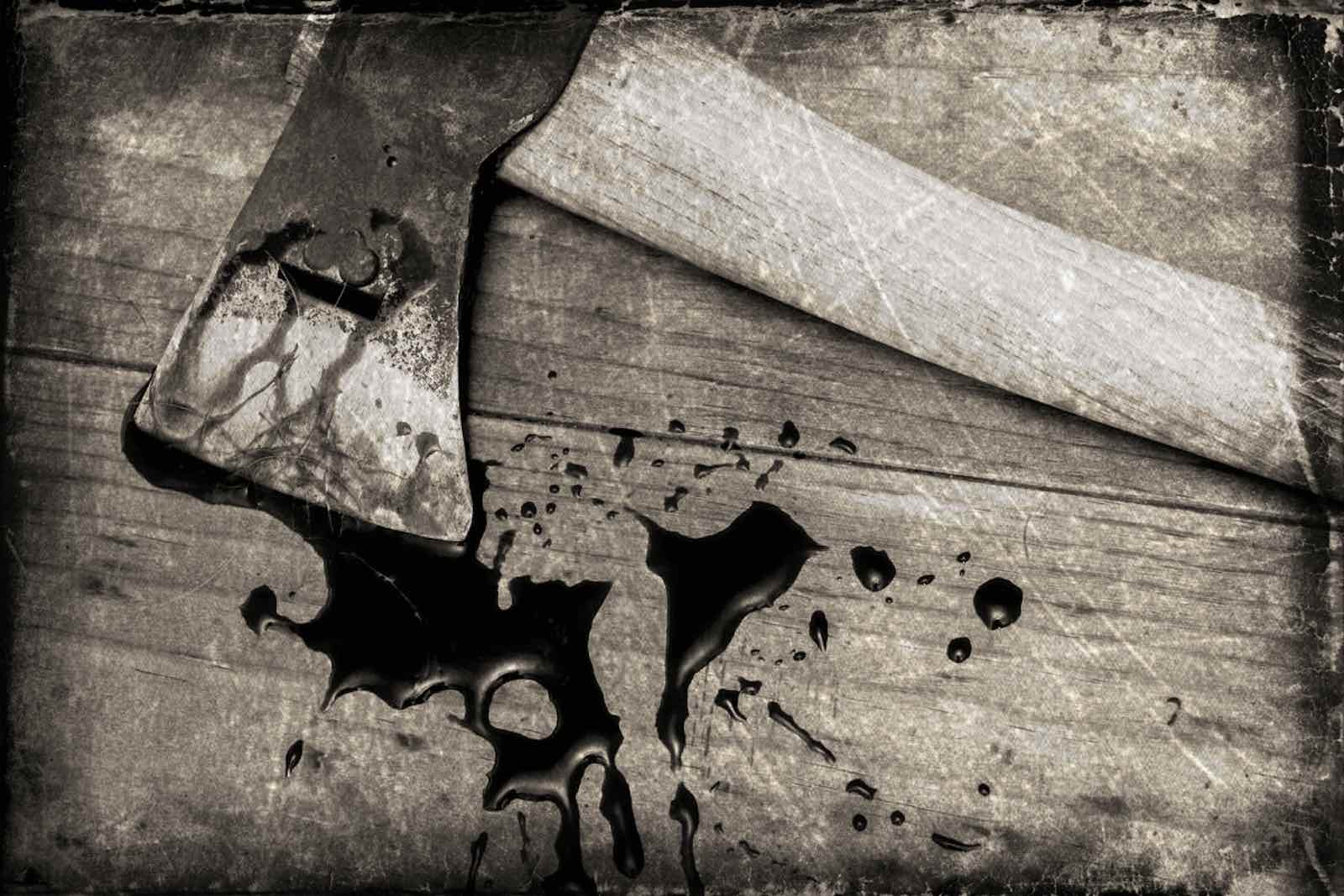 But tell them to beware. Let them not try to discover what I am, for it were better that they were never born than to incur the wrath of the Axeman. I don’t think there is any need of such a warning, for I feel sure the police will always dodge me, as they have in the past. They are wise and know how to keep away from all harm.

Undoubtedly, you Orleanians think of me as a most horrible murderer, which I am, but I could be much worse if I wanted to. If I wished, I could pay a visit to your city every night. At will I could slay thousands of your best citizens (and the worst), for I am in close relationship with the Angel of Death.

Now, to be exact, at 12:15 (earthly time) on next Tuesday night, I am going to pass over New Orleans. In my infinite mercy, I am going to make a little proposition to you people. Here it is: 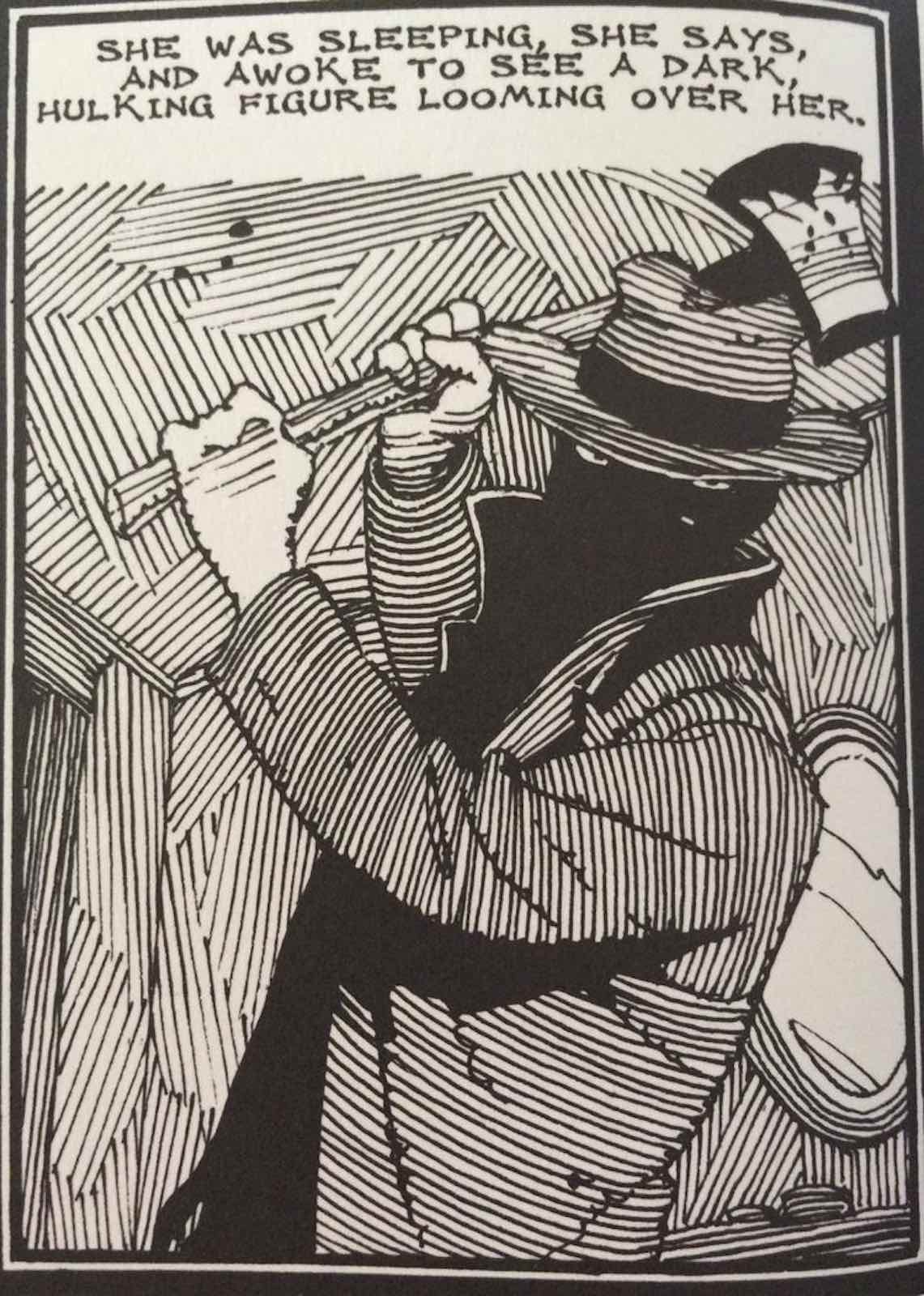 I am very fond of jazz music, and I swear by all the devils in the nether regions that every person shall be spared in whose home a jazz band is in full swing at the time I have just mentioned. If everyone has a jazz band going, well, then, so much the better for you people. One thing is certain and that is that some of your people who do not jazz it out on that specific Tuesday night (if there be any) will get the axe.

Well, as I am cold and crave the warmth of my native Tartarus, and it is about time I leave your earthly home, I will cease my discourse. Hoping that thou wilt publish this, that it may go well with thee, I have been, am and will be the worst spirit that ever existed either in fact or realm of fancy.
—The Axeman 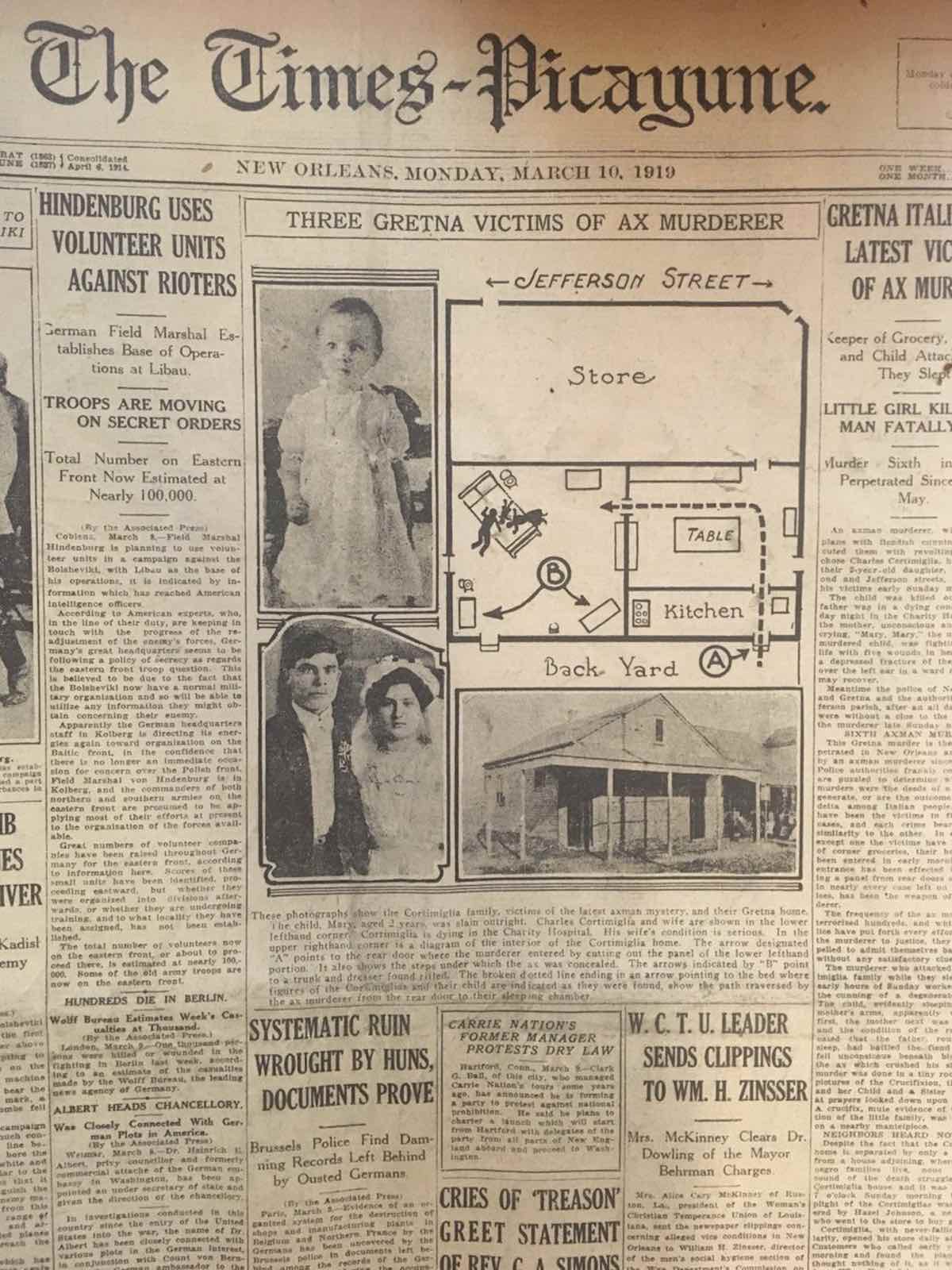 There was even a song written about the Axeman: “The Mysterious Axman’s Jazz (Don’t Scare Me Papa)” by Joseph John Davilla.

Now the Axeman isn’t a demon, though there are theories that he is a supernatural force. Many agree that the Axeman is just a man. So who could it be? Well, there are a couple of suspects. 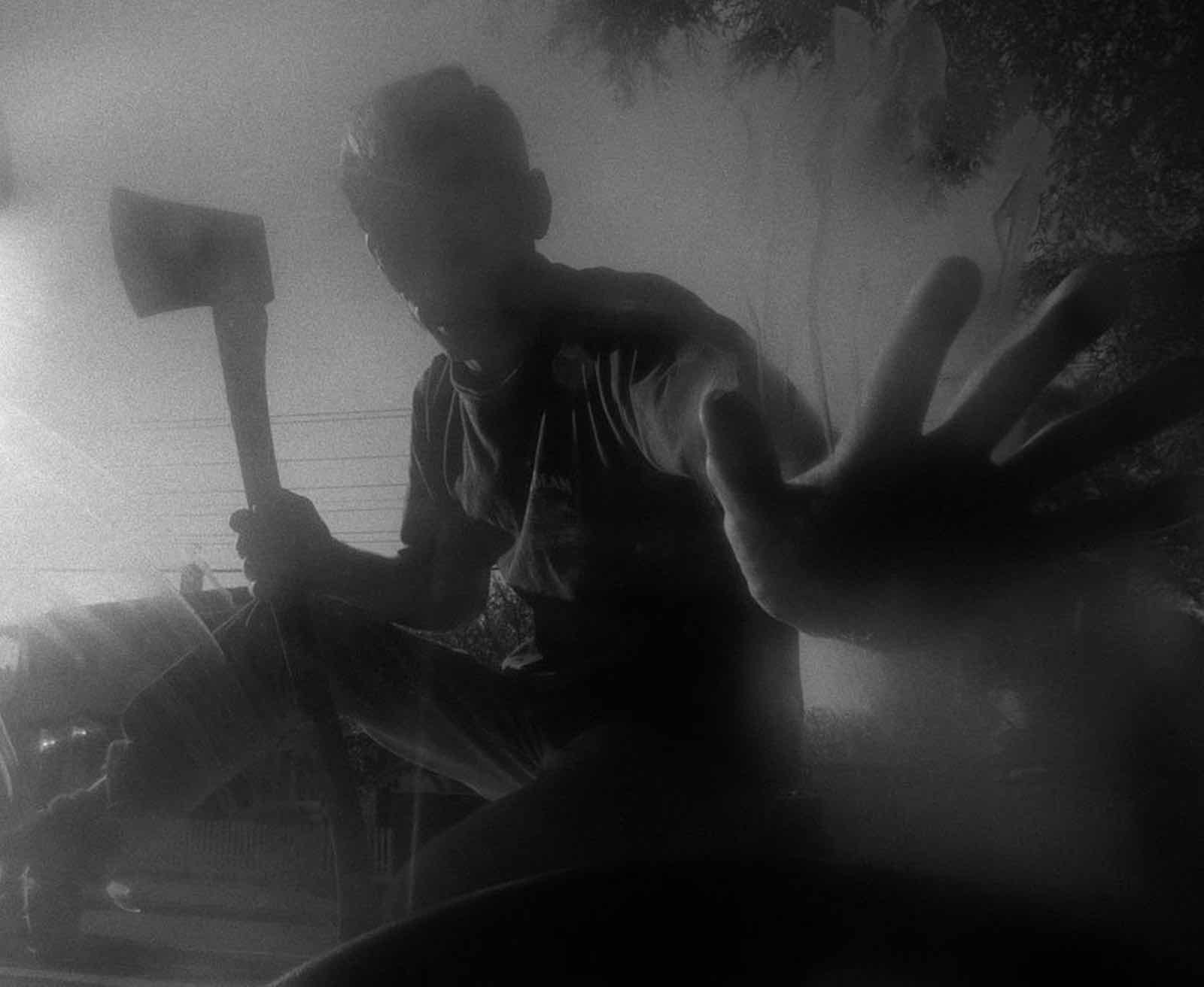 Who is the Axeman?

Well, there are some theories about everything. As there were many Italian immigrants and Italian Americans attacked, people assumed that it was a hate crime of some sort or a group of hate crimes. With every unsolved serial killer case, people also throw out that there was no Axeman. Instead, they said that others were inspired by the Axeman attacks and took the mantle on as their own.

There is a theory that a man named Joseph Monfre, who was shot to death in 1920, by a woman who claimed to be the widow of Mike Pepitone. This, however, has been difficult to find information for or on and is believed to be an urban legend.