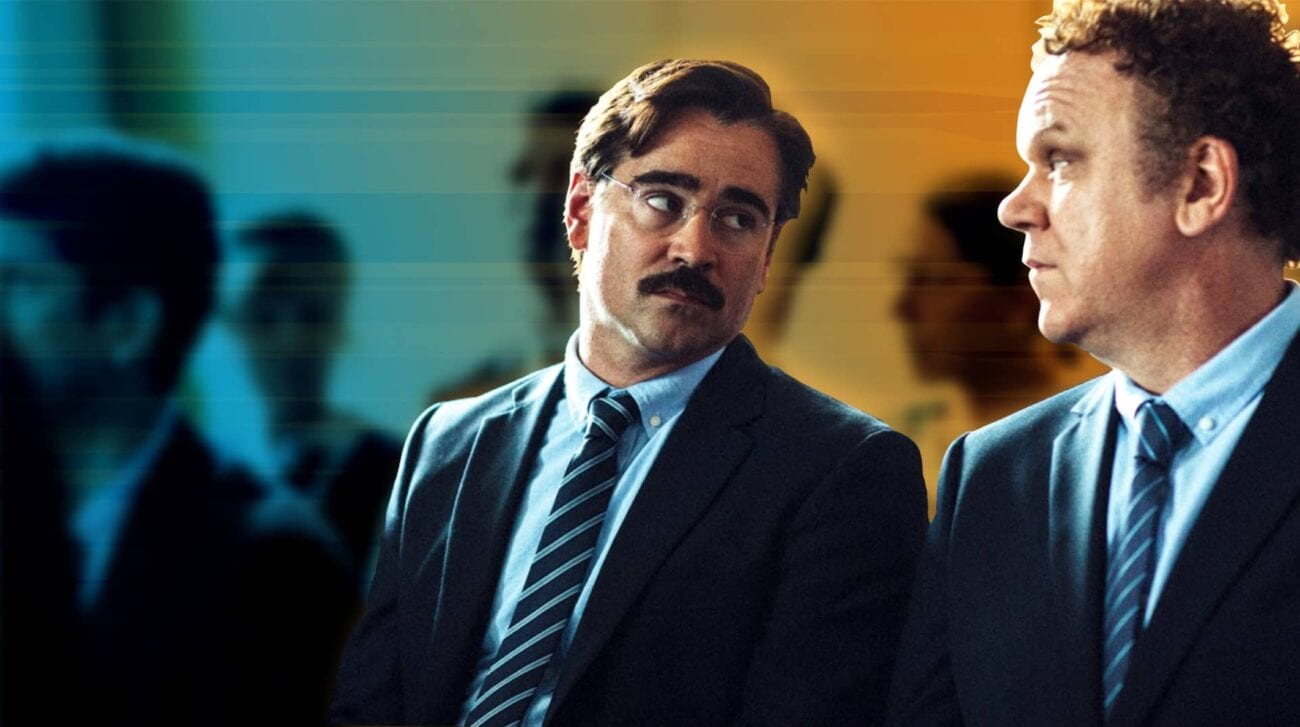 2020 has been dubbed a lot of things – a dumpster fire, the year that never happened, a nightmare, unprecedented, and historical (in the I prefer reading about this stuff kind of way) are just a few of the names the first year of the decade has earned. We’re hoping the screaming 20s can turn into screams of joy at some point, but right now they’re pretty bleak & stressed screams.

One of the internet’s best attributes is the ability to joke about anything. In times like these, it’s an especially helpful coping mechanism to add some levity to an otherwise disaster of a year and it reminds us that we’re all freaking out together.

In order to cope together we’ve compiled some of the internet’s best memes displaying just how dark this year has been. We hope you can find a little bit of humor in these jokes as well. 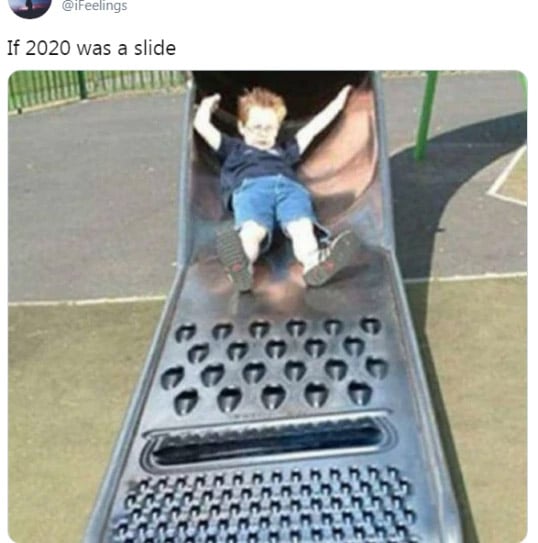 Our constant internal screaming nearly escaped and became audible when we saw this meme – it was too real. We don’t think this is an exaggeration though. 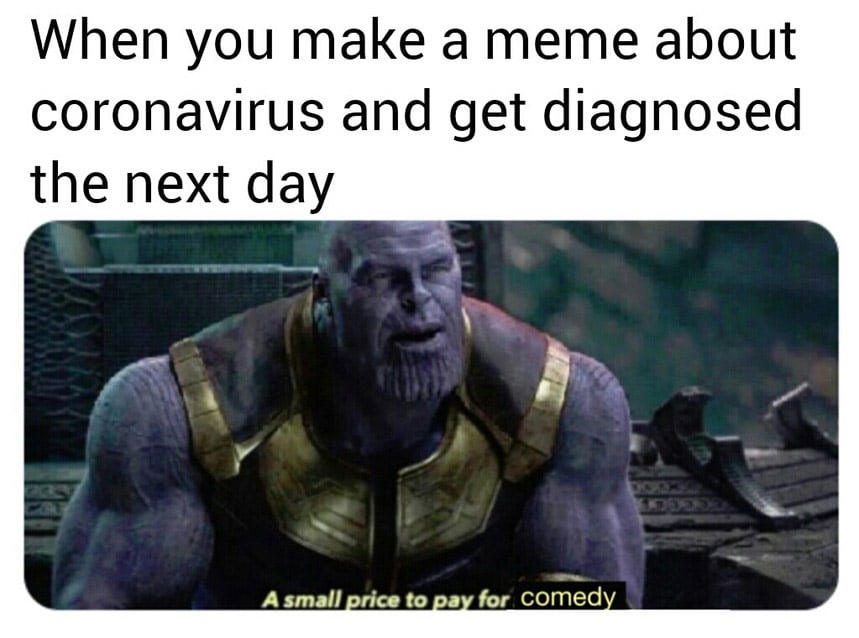 Honestly the number of times this has actually happened on Twitter is a bit depressing. Please, take it seriously, social distance, and wear your mask. We salute your ability to make a dark joke, though.

Keep making memes though, we need them. 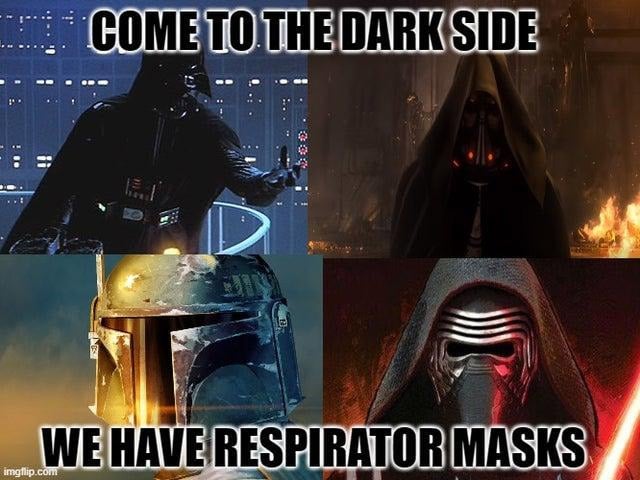 We may have taken the phrase “dark humor” a little loosely, but honestly this is far more convincing than “we have cookies”. 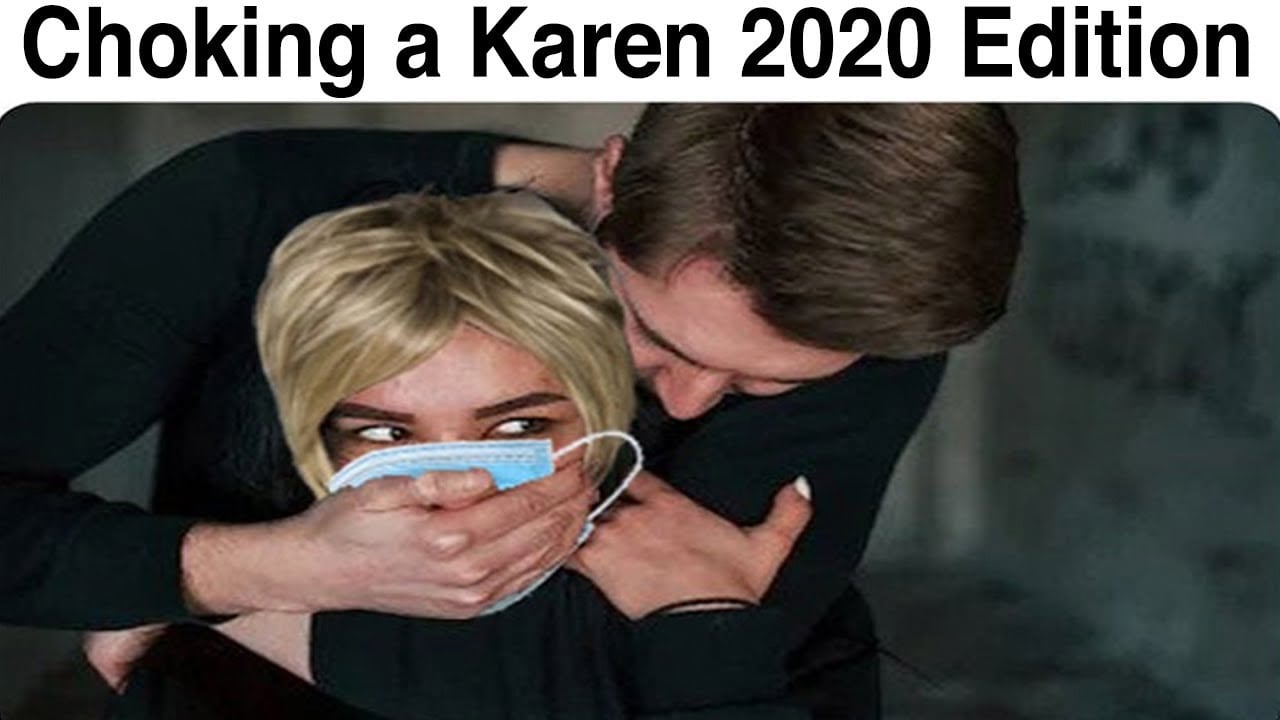 Just put the mask on Karen! Do it. We don’t care if the straps make your ears itchy, just wear the mask. 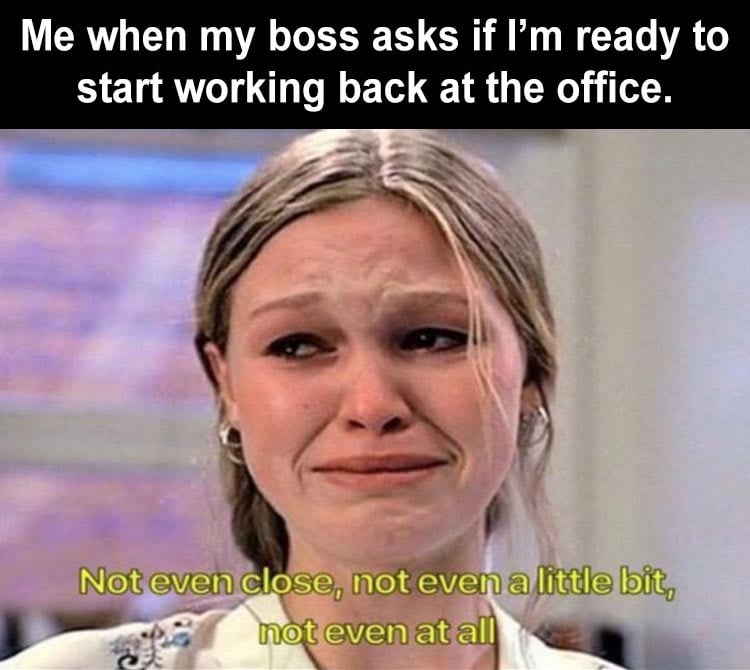 Please don’t shove us in a room with a bunch of people who can’t even remember to wash their hands after they’ve gone to the bathroom. We’re begging you. Please. 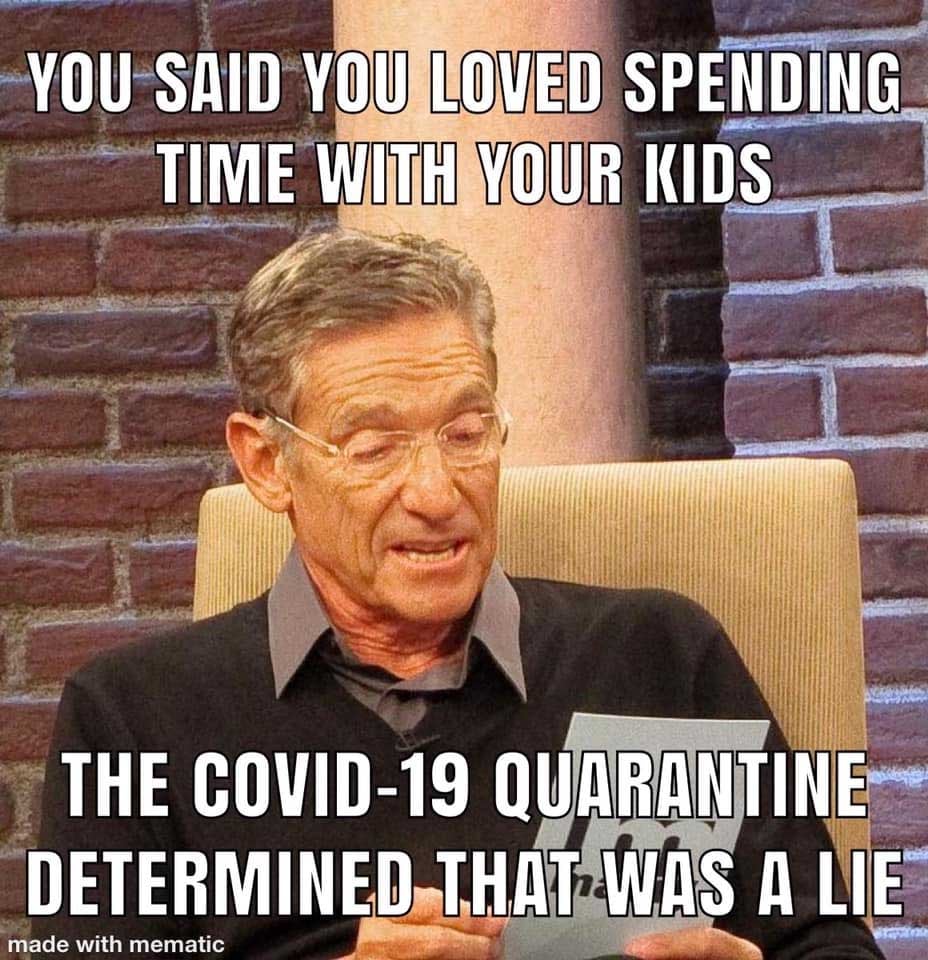 To the kids who can relate to this meme – we’re sorry and you deserve better. 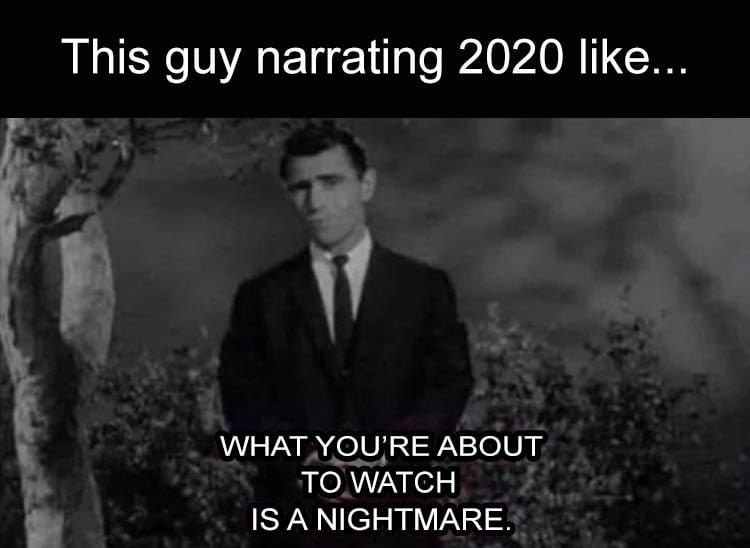 The Twilight Zone comes to life

If you remember which Twilight Zone episode this quote comes from it’s even more eerie because some parts of 2020 have felt oddly similar with all the finger pointing and distrust. 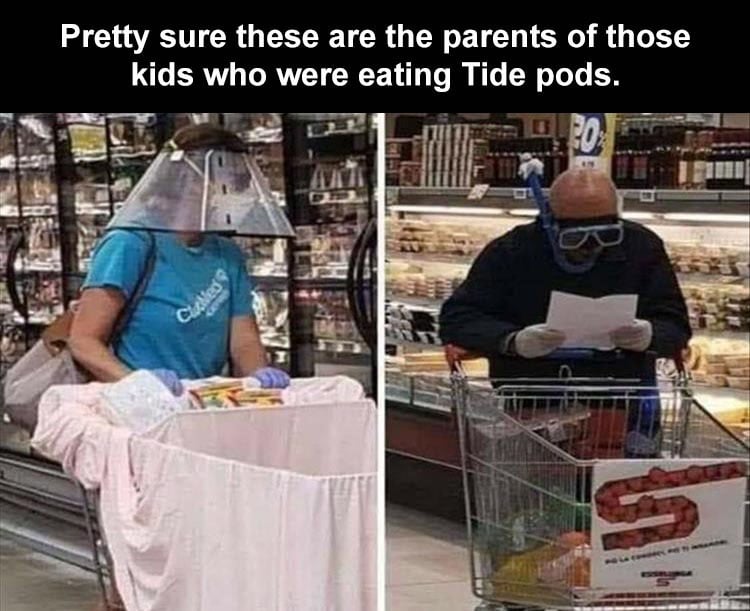 We’re giving you both an A+ for creativity, but also an F- for functionality. How scuba-guy hasn’t suffocated with plastic wrap on top of his snorkel is beyond us. 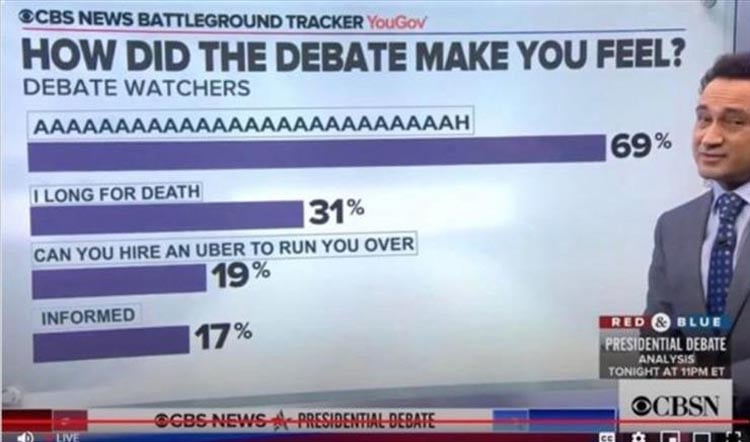 Ignore the fact this equals more than 100%, we assume you could pick more than one option. It’s probably for the best that we only had one debate this year – it had enough memes for its own article.

Also, to the people who feel informed, we would very much like to know what alternate universe you’re living in and how to get there. (Informed really was at 17% on the original version of this image.) 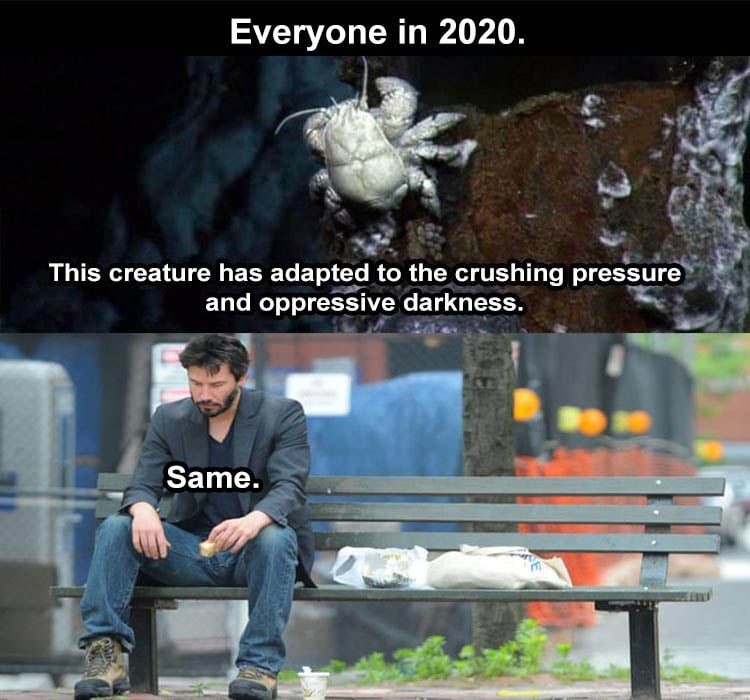 We know it’s been tough this year, we hope everyone reading this is doing alright and that trying to create some humor (no matter how dark) in this situation helps at least a little.