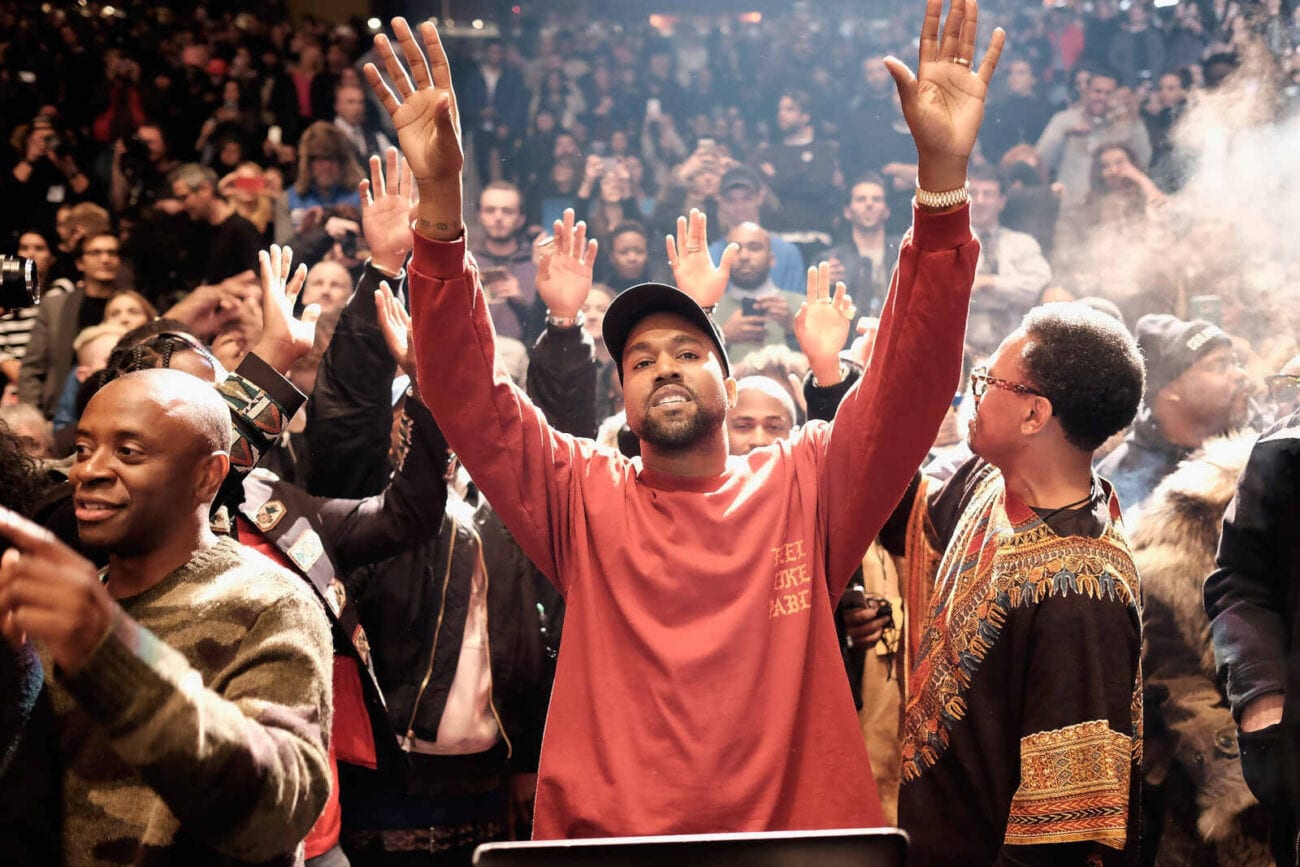 Currently, Kanye West’s name has been circulating in the media for a lot more than just his music. His recent, chaotic divorce from Kim Kardashian has been the topic of conversation for both his fans and her fans with more & more details coming to light.

However, our drama llamas are getting bored with Kanye’s exploits. It’s about time the media started focusing on his music career since West is one of the most talented musical artists of this generation. West’s decision to host a music listening party in Las Vegas is exactly what his fans have been in need of. 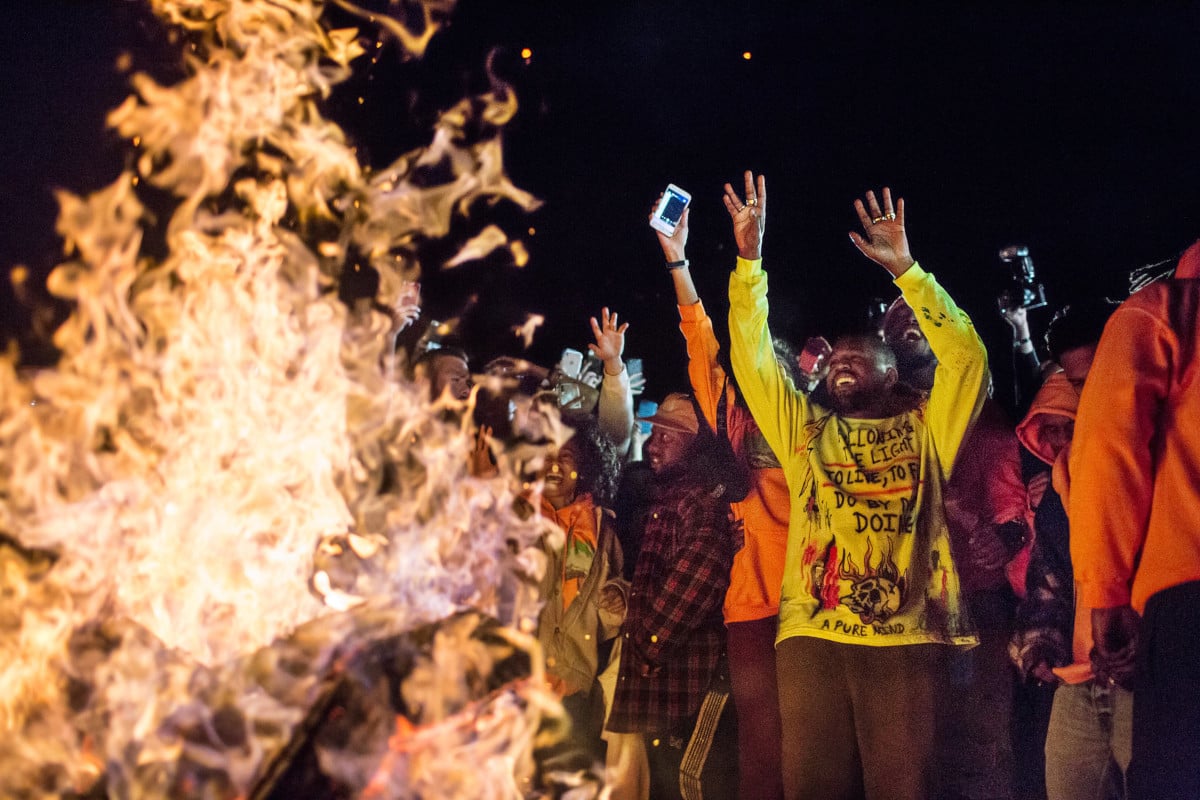 New music from Kanye West was released to an intimate group in the city of Las Vegas, and although West himself hasn’t publicly spoken up about his upcoming album, at least two song snippets have been leaked.

Kanye West and Twitter have a semi-complicated relationship since he used this social media platform to unleash his pent-up feelings in the past. Fans of the prolific rapper might easily recall the time he revealed some private details about his family members including ex-wife Kim Kardashian and mother-in-law Kris Jenner. It’s safe to say his time on Twitter is certainly more positive this time around. 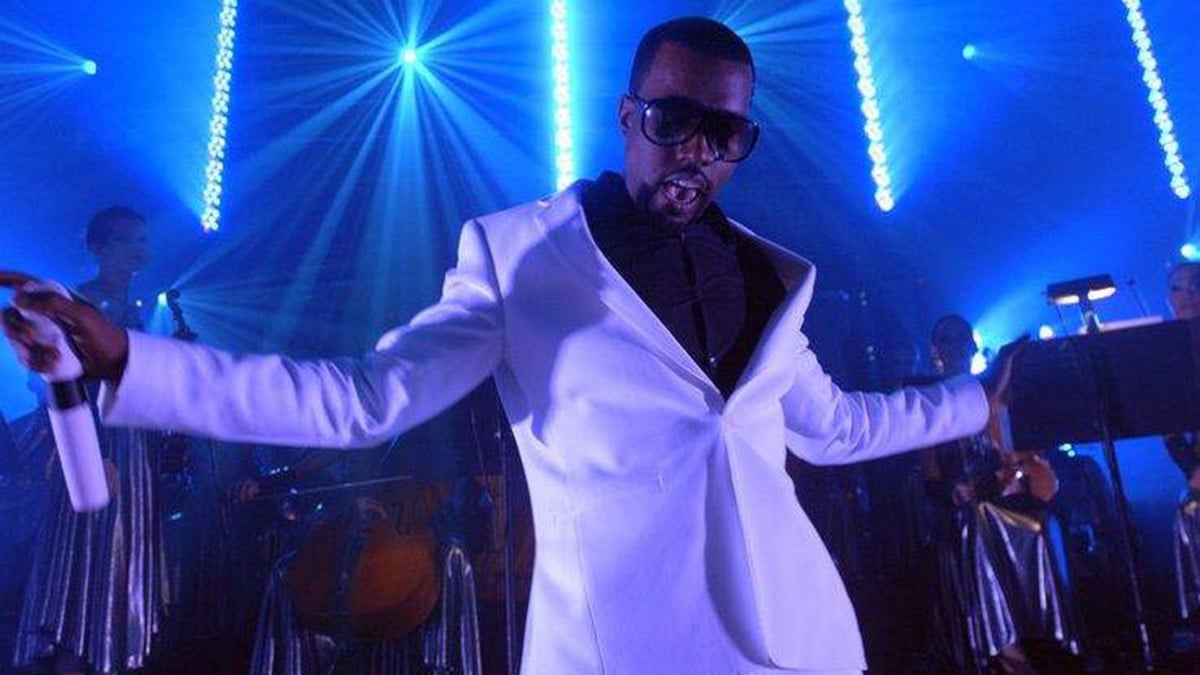 Kanye West’s outfit of the evening

Aside from music, the other major thing Kanye West is known for is his deep love for fashion. He’s quite passionate about dressing the part – and for Kanye West’s Twitter listening party, he maintained that energy. Video footage from the event showcases him wearing a hooded jacket to keep the majority of his face covered up and only his eyes exposed. He paired his shiny jacket & pants with clean white sneakers. 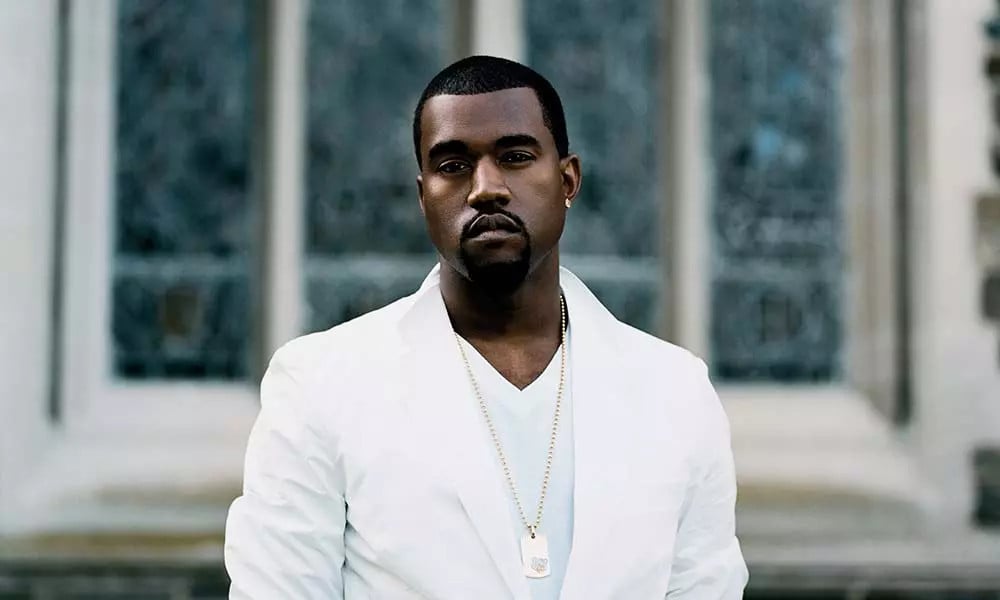 The music leaked so far

Kanye West’s Twitter listening party has given fans something to hold onto as they wait for his full album to drop in due time. In one clip, West covers subject matter based on a family going through a hard time. He describes a young daughter getting older with just her mother to lean on. The song depicts a missing father figure and brother who has turned to life on the streets.

The second clip gaining traction at the moment features Baby Keem, a California rapper to look into for Hip Hop lovers. The song has been comparable to something Tyler, the creator would release which certainly shows the creative side of West so much more. 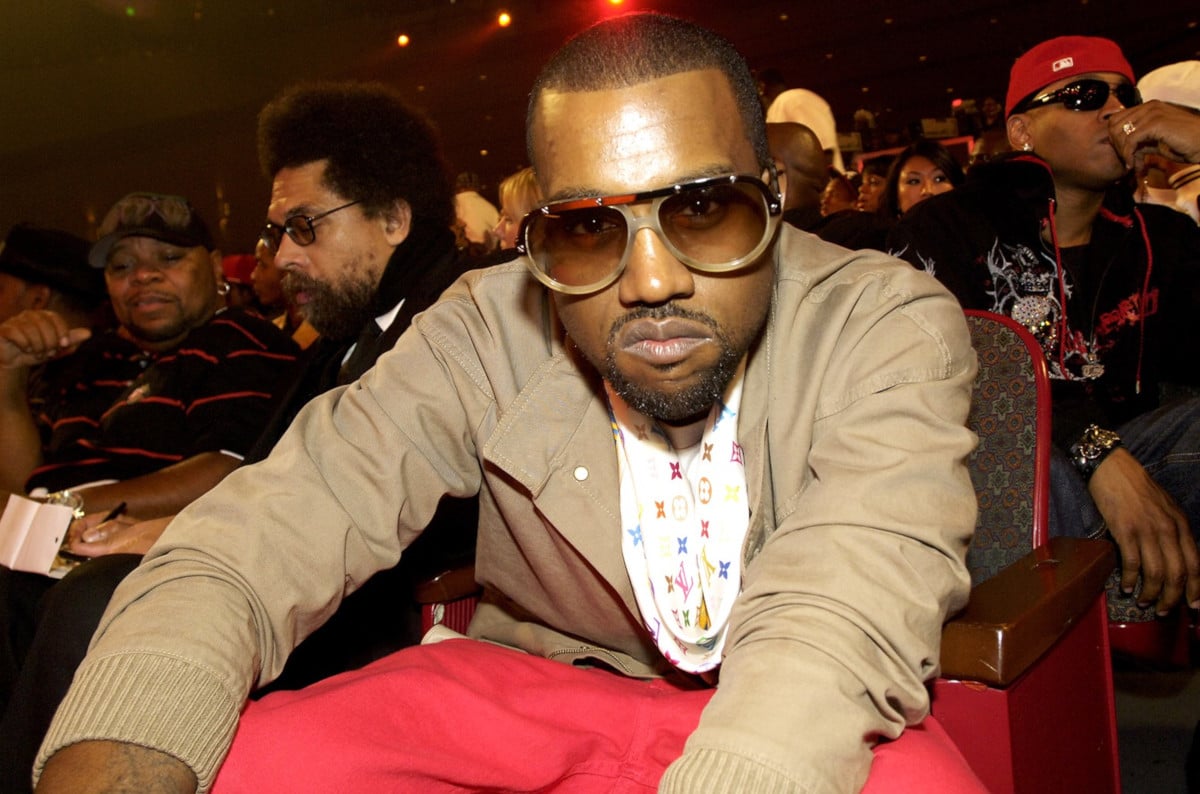 Fans of Kanye West on Twitter are excited about everything going on. West’s albums leading up to this point have been so energetic, unforgettable, and incredible to listen to. It was only a matter of time until his devoted audience would begin growing impatient for new music.

One Twitter user named @squirrreynolds_ posted a snippet of the Kanye West song that caught his attention with a fire flame emoji. Another Twitter used named @CDdenimflow posted, “There’s a private event for a @KanyeWest listening party… DONDA is getting closer & closer.” Keep in mind that DONDA is the name of the album coming soon. 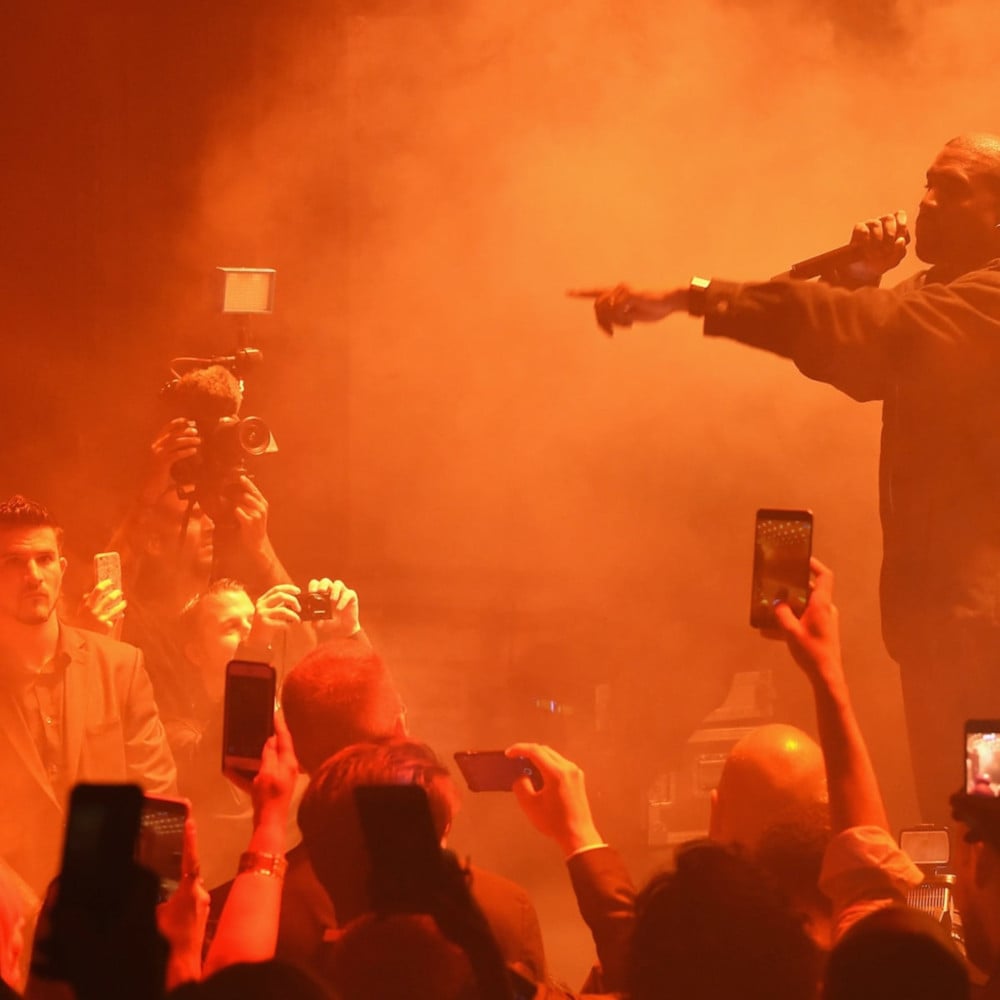 Kanye West’s Twitter listening party was one of those events every true fan wishes they would’ve attended. Unfortunately, the invitation list was strictly invite only. If you weren’t specifically chosen to be there, you probably weren’t going to be able to make it through the front door. A few of the names we know were in attendance include Justin LaBoy, a social media personality, and Kevin Durant, the NBA star.

Phones were reportedly taken away from guests upon entering which was most likely per West’s request. New songs featuring Lil Baby, Pusha T, Playboi Carti, Travis Scott, and Westside Gunn are projected to be released with the album.