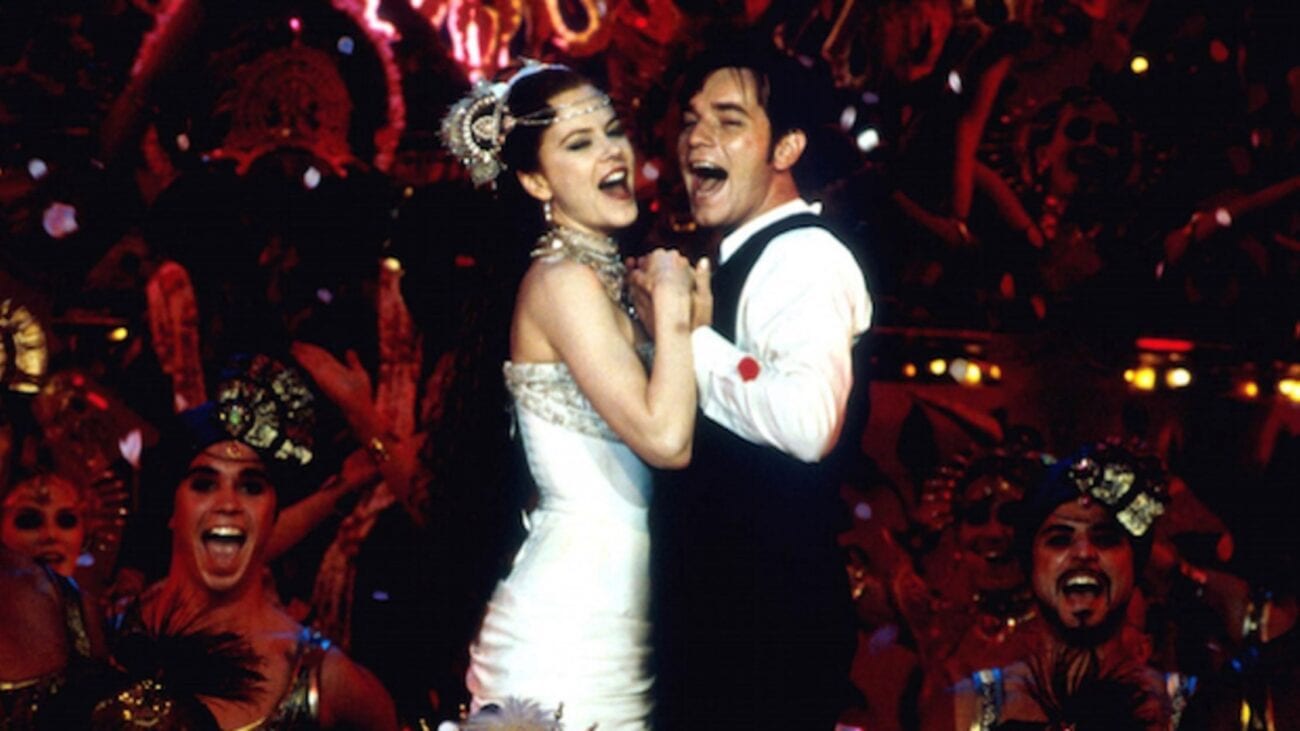 We’ve been waiting for this one . . . turn it up! Musical movies are a good way to dance, sing, and enjoy some good old-fashioned romance. We’ve decided to dedicate this to all our comfort musicals that manage to bring us out of a slump. Whether you’re an Abba stan or love a bit of Hugh Jackman – we’ve got you covered.

Get up off your seat, move your feet, and sing along to these must-watch musical movies.

Ever seen a Baz Luhrmann movie? If you haven’t then you’re missing out! Moulin Rouge! is the best place to start. This classic musical provides laughter, love, heartbreak, and catchy songs that stay in your head forever. Writer Christian falls for a courtesan and the romance is halted when a sinister Duke enters the Moulin Rouge.

Nicole Kidman & Ewan McGregor are the perfect duo in this timeless musical movie. Add this to your watchlist now!

What’s better than one diva? Two. Christina Aguilera & Cher serve looks and vocals in this badass musical. You’ll be dancing around as if you’re in the movie by the end. It may be an unpopular opinion, but the small-town girl becoming her own woman is iconic.

A small-town girl ventures to Los Angeles and finds her place in a neo-burlesque club run by a former dancer. If you haven’t watched this yet then clear your schedule.

Teenager Tracy Turnblad (Nikki Blonsky) teaches 1962 Baltimore a thing or two about integration after landing a spot on a local TV dance show. Oh, Zac Efron is in this? We didn’t notice . . . . This classic musical was finally made into a movie and it didn’t disappoint. “Can’t Stop the Beat” is always a feel good song.

An Elton John biopic! Where do we sign? Of course, we get to hear the beautiful melodies of some iconic John classics. We get to witness how the fabulous musician became a household name. Also, Taron Egerton plays the leading role. Trust us, it’s worth the watch.

Two youngsters from rival New York City gangs fall in love, but tensions between their respective friends build toward tragedy.

1961’s musical movie adaptation of Broadway classic West Side Story is revolutionary. If you’re a musical fan then you’ll have seen this classic. Maria, I once met a girl named Mariaaaa! Sorry, we’ll stop with our tone-deaf vocals.

We had to mention this beloved musical. It felt illegal not to. The Greatest Showman has music, passion, dancing, and acceptance. The root of this musical movie is accepting your perfectly imperfect self. How can you not love this movie?

This film celebrates the birth of show business and tells of P.T. Barnum who rose from nothing to create a spectacle that became a worldwide sensation. Oh, and it also includes more Zac Efron.

Ryan Gosling & Emma Stone? We have to stan. This jazzy musical is the perfect escape from reality. La La Land brings a new twist to the beautiful music genre that is Jazz. While navigating their careers in Los Angeles, a pianist and an actress fall in love while attempting to reconcile their aspirations for the future.

If you weren’t around for the worldwide appreciation of this film . . . where have you been?

Hugh Jackman appears to be a fan of musical movies too! Les Misérables is a classic musical and the movie is no exception. Many fans have a love/hate relationship with this, but if you’re a musical fan then this a must watch movie.

In 19th-century France, Jean Valjean, who for decades has been hunted by the ruthless policeman Javert after breaking parole, agrees to care for a factory worker’s daughter. The decision changes their lives forever. Also, can we talk about the fact he only stole a loaf of bread? Prepare for tears and dramatically singing “I Dreamed a Dream”.

Johnny Depp & Helena Bonham Carter star in this dark, twisted tale. The infamous story of Benjamin Barker, aka Sweeney Todd, who sets up a barber shop in London which is the basis for a sinister partnership with his fellow tenant, Mrs. Lovett.

This creepy musical classic is an ideal watch if you’re a fan of horror. Just don’t eat the pies!

The best thing about this movie? Beyoncé. That’s right, the legendary musician stars in this movie. A trio of black female soul singers cross over to the pop charts in the early 1960s, facing their own personal struggles along the way.

A tale of love, family, and loss. Dreamgirls has a star-studded cast and is ideal to watch if you’re having a girls night.

Which musical movie is your favorite? Have you watched any of these? Let us know in the comments.