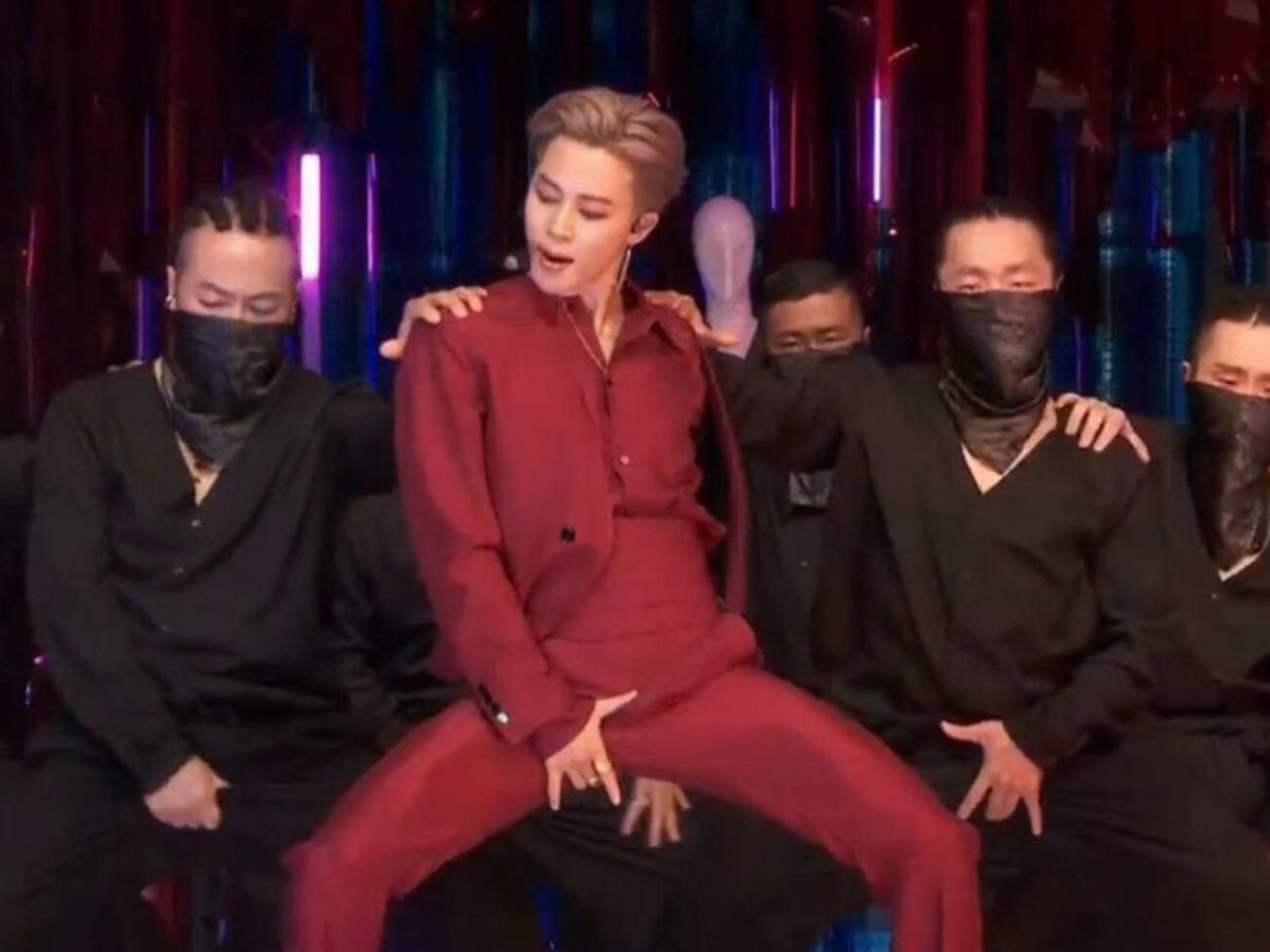 Jimin got down and dirty during BTS’s digital concert: The best memes

K-pop boy band sensation BTS gave an epic performance during the BTS Map of the Soul ON:E online concert. BTS rocked the house with a virtual live performance that sent the BTS ARMY into the stratosphere.

However, it was Jimin’s electrifying performance of “Filter” that had the BTS ARMY losing their minds all over social media. Here are some of the best memes from Jimin’s “Filter” performance.

jimin performing filter in this purple suit was a movement pic.twitter.com/40qFn0SqHw

Jimin has a keen sense of fashion and showed it off during the performance. BTS fans responded well to Jimin’s purple suit of choice.

that part in filter when the dancers put their coats on the floor and lift it up when jimin walks thru pic.twitter.com/HZxhzPMTfW

There are several iconic moments from Jimin’s performance, but some left BTS fans gasping for air from the sheer awesomeness.

reason why i cant listen to Filter without getting hot flashes bc holy sht this Jimin now lives in my head rent free pic.twitter.com/LrELYqbrhn

Jimin’s dance had plenty of sexy moments. Those with a Jimin crush have been unable to think about anything else since his dance.

Jimin’s legendary performance and style has already achieved the nickname  “Filter Jimin.” BTS ARMY can’t get over this performance.

Filter Jimin is everything

This person is obsessing over Filter Jimin as it has now taken over their entire body. Who needs water when you can stay hydrated on Jimin?

Filter Jimin is reminding BTS fans of many of his highlights throughout his career. The fancams capture why everyone goes crazy for Jimin.

Jimin caught everyone’s attention with a fast but smooth outfit change during his performance. Jimin’s fashion was a highlight of the performance.

Get “Filter” to 90 million streams

Jimin’s “Filter” performance has received tons of streams since the online concert. This Twitter user is on a mission to stream “Filter” as many times as possible to get it to 90 million.

Filter Jimin is taking Twitter by storm and there are still plenty of memes that are popping up almost every minute.