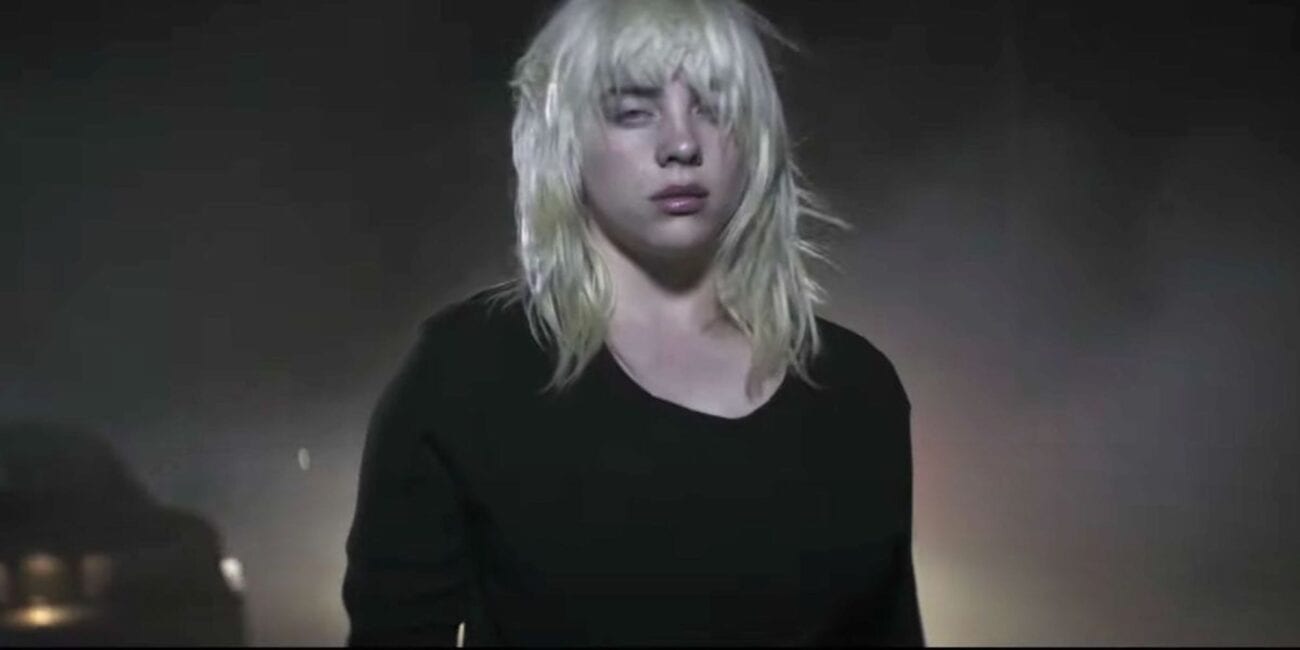 Billie Eilish signs an NDA: Why don’t fans approve of her newest song?

Billie Eilish is something of a controversial figure right now. Between the much older boyfriend, the racist things he’s been caught saying, and the also racist things she’s been caught saying, it’s definitely the downswing in terms of Eilish’s career. After being the darling of the music industry, people are definitely souring on her, which is probably not the best for her next album.

Eilish released her latest song “NDA” on Friday. While many are claiming that Eilish is in her “flop” era of her music, the video is going strong. It currently has about 12 million views with one million likes on the video and 27,000 dislikes. Clearly, Eilish has to be doing something right with her newest song. So how do people really feel about “NDA”? Time to dive into Twitter to see the Internet’s thoughts on the newest song from Eilish.

I do not care that your tits are bigger than mine, your music sounds like Among Us. pic.twitter.com/gUw522vLqp

So the whole thing was about her boobs?

billie eilish among us tease 🤗 pic.twitter.com/zbZOiDzVGd

Do you play, Billie?

Okay, the newest song does sound like it should be playing when you’re playing Among Us.

unpopular opinion I think but yall just criticising Billie eilish for growing up /: and not giving a fuck about unwanted opinions anymore. ur rlly pressed that she’s maturing /:

Could it be that people are just not happy that she’s growing up?

If she is flopping, then why are you talking about her?

.@billieeilish's "NDA" to debut inside the Top 10. All of the singles off "Happier Than Ever" have reached the region so far.

Despite all the controversies and everything, she’s still selling.

i’m sorry are we talking about the same billie eilish?? pic.twitter.com/8msB6hR5IE

No one has called it a flop except, uh, TikTok

Seriously though . . . her next album is doing really well????

OH MY GOD GUYS BILLIE EILISH IS CALLING ME ??? pic.twitter.com/M3Cye8SdOs

The hate is pretty big

We’re pretty sure Billie apologized for those less than great comments.

this is why i love this woman called billie eilish and won’t ever stop loving her pic.twitter.com/w0ckTl6qwW

We feel like this should have been said in Mean Girls

That is one way to respond to the haters, Billie.

i swear we must not be listening to the same billie eilish pic.twitter.com/p8gpgAa6xs

Are we of differing opinions here?

Her newest song? What do you think about it?

My biggest fear is that Billie Eilish won't want to make any more music because of the hatred some people have for her. pic.twitter.com/i0r0diHYyk

Could you hate someone out of a career?