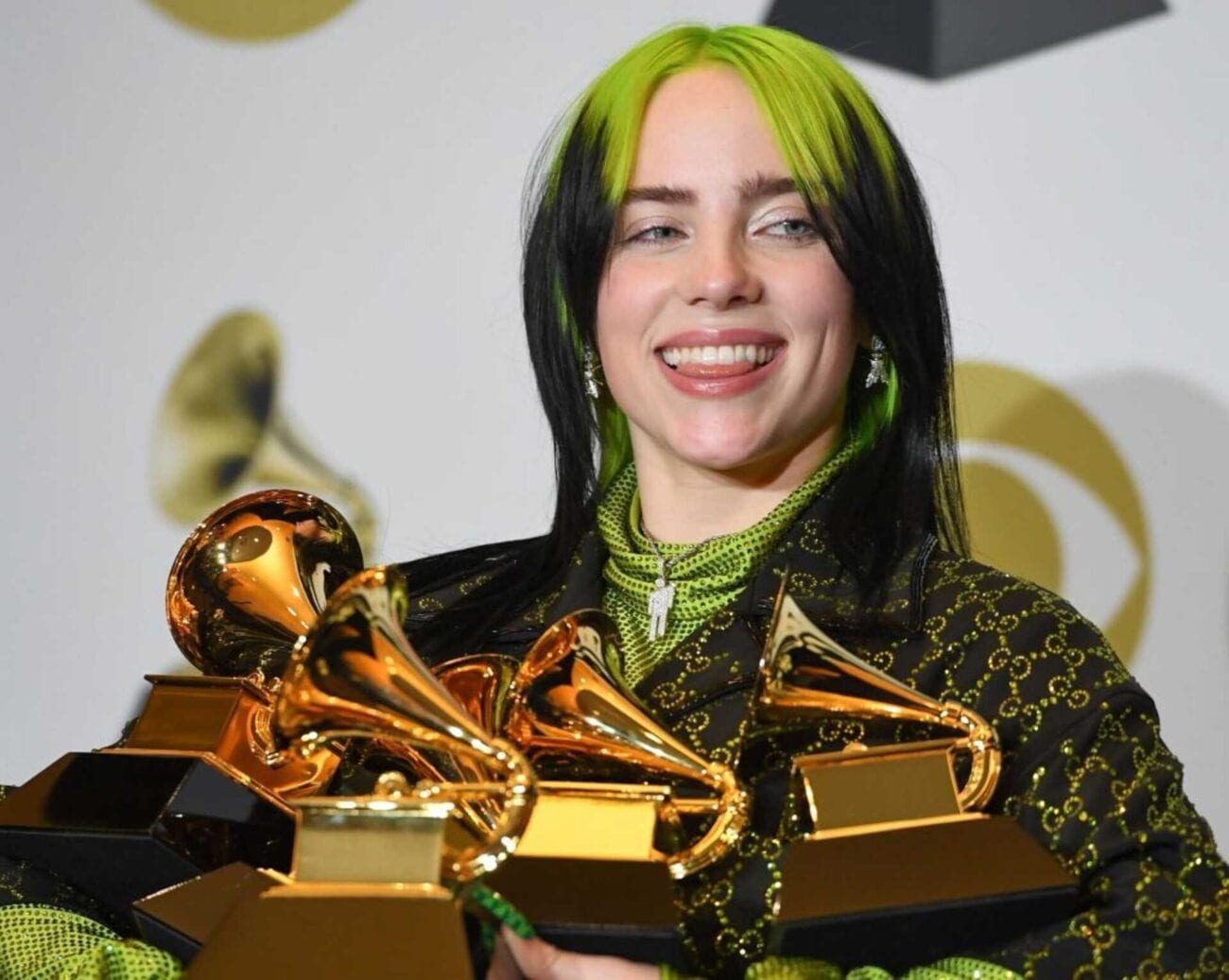 Why is Billie Eilish apologizing now? Watch this shocking TikTok

Billie Eilish has been in troubled waters these past weeks after the pop singer has been called out for numerous matters that range from her dating life all the way to accusations of racism. It seems though that the star has finally broken her silence and has spoken up about a TikTok video made of her where Billie Eilish was caught using a racist slur.

Let’s take a look at what the “ocean eyes” singer had to say here.

I wanted to just share these posts from Matthew Tyler Vorce since that could help inform people about the situation.

The most recent of these posts comes from October of 2012 when he was 21. pic.twitter.com/51eIipvUG5

What did she get “cancelled” for?

These days, it seems like all our favorite celebrities are getting exposed for something problematic, and cancel culture has been coming for big stars left and right. Is Billie Eilish next, or will fans be able to forgive her after a TikTok video exposed her for saying a racist slur? Unfortunately for her, it does not seem to be the only thing some people are upset over, but her fans seem to be concerned over her dating life as well.

Let’s backtrack for all those who are unaware of this entire Billie Eilish controversy. Last week, fans called out Billie Eilish for dating Matthew Tyler Vorce, someone who is ten years older than her. Folks were first concerned that twenty-nine-year-old Vorce had “groomed” nineteen-year-old Eilish, but the situation began to spiral more out of control after fans found out some pretty problematic past comments from Billie’s new BF.

Some of Matthew Tyler Vorce’s old tweets and Facebook posts included some incredibly offensive language that included slurs made against black people, Asians, and gay people. He also called Adele “British Miss Piggy” back in 2012. . . Yikes. And if that wasn’t enough, Billie Eilish soon was exposed for being problematic herself after a TikTok video was posted of her using a racist slur.

In the TikTok video that has been shared around all over social media sites, Billie Eilish was revealed saying a slur against Asian people: “c***k”. Another video showed her seemingly mocking Asian accents. Another clip revealed her brother Finneas even calling her sister out for using a “blaccent” to speak, which means an African-American English accent.

A few days ago, Matthew Tyler Vorce spoke up and apologized for his harmful and offensive past tweets and Facebook posts. Now, it seems like it is Billie Eilish’s turn, as she finally stepped forward on June 21st to break the silence and address the situation. She first explained in her apology via Instagram Stories that she was thirteen or fourteen in the video that she posted where she said the slur “c***k”. 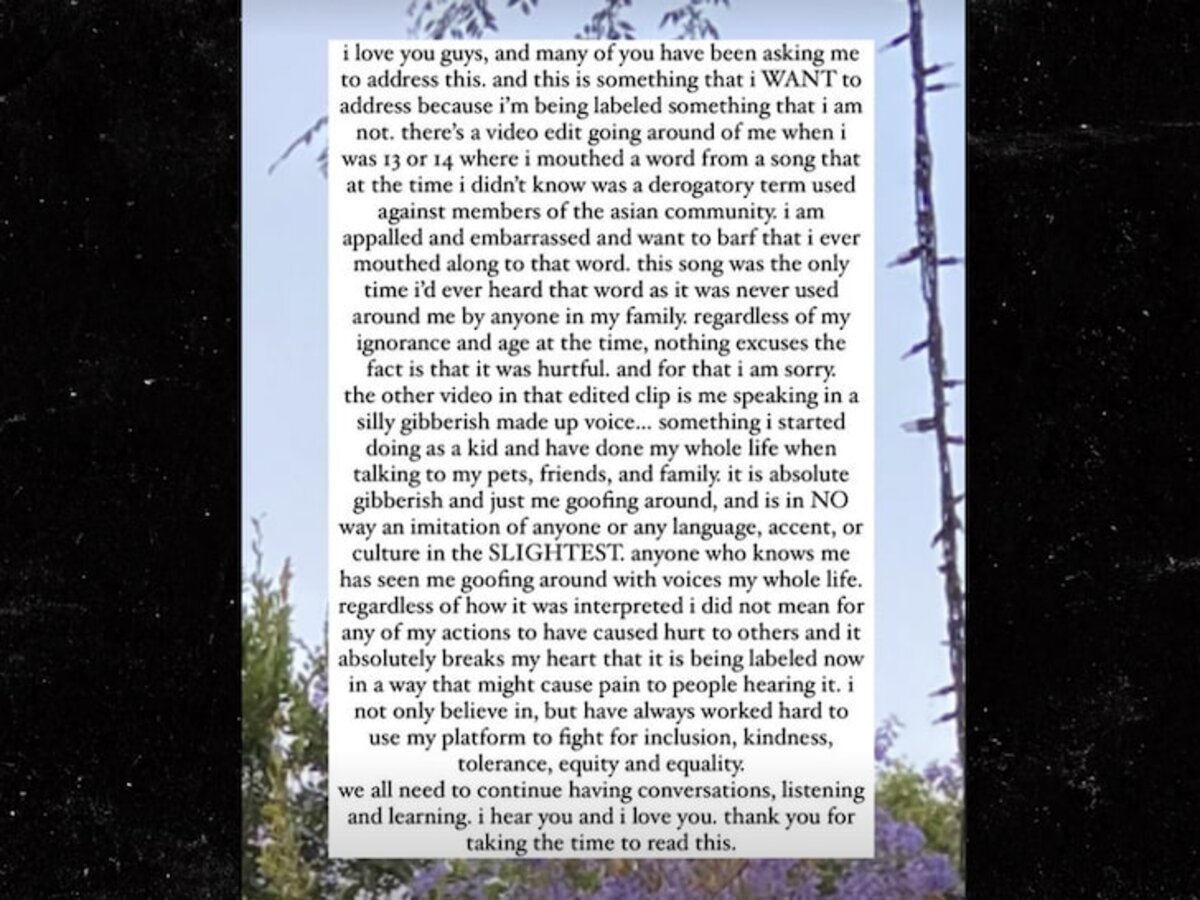 “I mouthed a word from a song that at the time I didn’t know was a derogatory term used against members of the Asian community. I am appalled and embarrassed and want to barf that I ever mouthed along to that word”. The lyrics she mouthed were from Tyler, the Creator’s song released in 2011 titled “Fish”, where he said: “Slip it in her drink and in the blink, of an eye, I can make a white girl look c***k”.

“I mouthed a word from a song that at the time I didn’t know was a derogatory term used against members of the Asian community. I am appalled and embarrassed and want to barf that I ever mouthed along to that word”. As for the apparent Asian accent, Billie said that it was actually a language she made up.

However, she added: “Regardless of how it was interpreted, I did not mean for any of my actions to have caused hurt to others and it absolutely breaks my heart that it is being labeled now in a way that might cause pain to people hearing it”.

What do you think about this apology and about folks trying to get her cancelled? Let us know what your thoughts are in the comments.