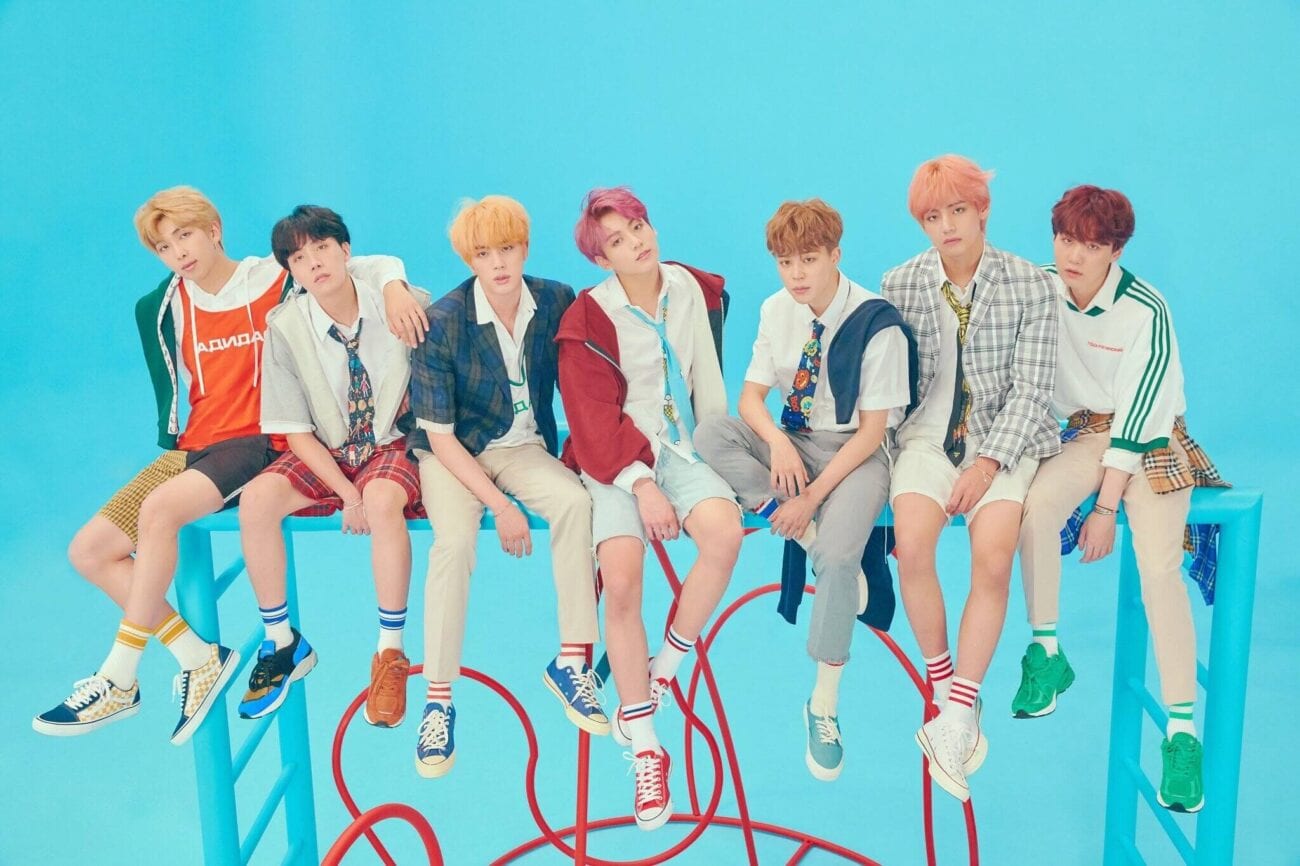 All the best BTS gifs: Every fangirl needs these on their phone

Are you a devoted member of the BTS Army? Do you have your own special BTS bias? Are you so smitten with BTS that it’s practically all you can think about? Each member of the BTS squad is a total heartthrob – RM, Jin, Suga, J-Hope, Jimin, V, & Jungkook.

The K-pop boy band is stealing hearts around the world, their latest hit “Dynamite” soaring to the top Billboard 100 chart only a day after its release. They’ve been popping up, giving us dazzling performance after performance. We just can’t get enough!

We’re all completely Jung-hooked on BTS too. Here are some stellar BTS gifs that are definitely worth saving. We hope all you BTS fangirls enjoy our exquisite selection.

Pay attention to me!

Poor Jungkook just wants J-Hope to pay attention to him. He’s practically shoving the phone in his face. 🤣

This gif perfectly captures the ultimate betrayal: stealing food from a friend. Cold.

Even when RM handles a fake gun, he’s a danger to humanity.

No, that’s not slow motion. Jin actually pretended to walk slowly just so the photographers at the airport could get a clear shot. How considerate & hilarious at the same time!

This eye contact between V & J-Hope is priceless. This is the kind of face that says “We just messed up.”

That moment you get chocolate

Just look at the way Jungkook’s eyes double in size when he sees chocolate for him in a fansign meet. Adorable.

There’s always at least one odd one in the bunch. Suga looks hilarious in this Chimmy costume as the other members take pictures of him looking like a silly outcast.

Look at how adorable this boy is! Eyes sparkly, arms making a human heart – we can’t stop cooing. 😍

Which BTS gif is your favorite?