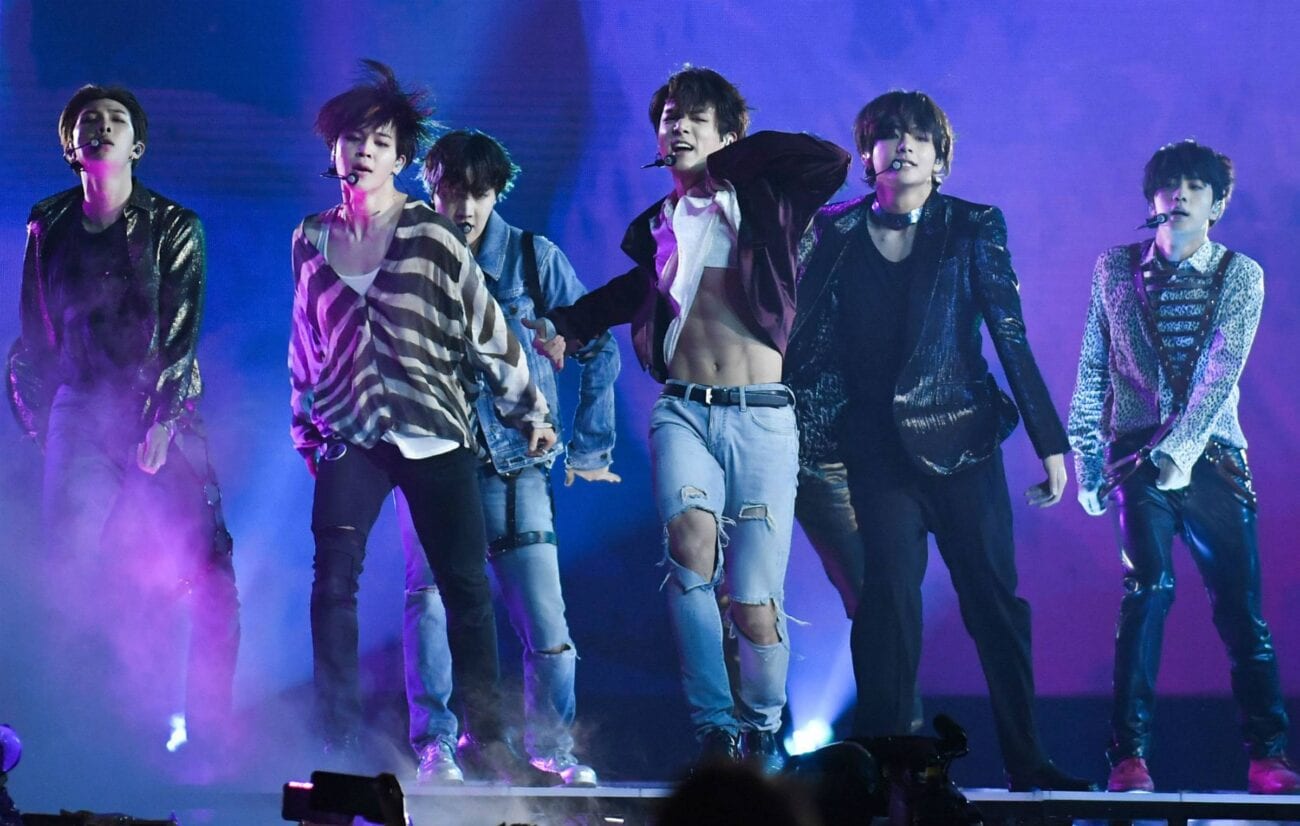 Curb your FOMO with the best videos from past BTS concerts

Experiencing live concerts is a huge part of stanning a band like BTS – their concert performances are an amalgamation of intricate dances, spitfire raps, heart-wrenching vocals, and a high production value. BTS concerts tell their audiences a skillfully woven-together story in physically-demanding three-hour routines. However, all that live-action from BTS seems out of the question amidst the recent pandemic.

Good news is we live in the day & age of the good ol’ internet that serves as an archive to mankind’s history, including the best performances from past BTS concerts. Get ready to fanchant your way through these as we reminisce a time before coronavirus.

The “Cypher” medley consisted of their iconic rap series of “Cypher” tracks, i.e. “Cypher Pt.1”, “Pt.2”, “Pt.3”, and “BTS Cypher 4” from their early albums. The hardcore, crowd-pumping tracks hyped the passionate fans as the BTS ARMY had no trouble keeping up with the rappers’ impressive flows.

Love Yourself: Speak Yourself concert medley

One of the highlights of the stellar concert happened to be the concert medley, consisting of BTS’s smash hit songs like “Dope”, “Baepsae”, and “Fire”. Seeing the fans’ reactions to the boys jamming to the upbeat tracks, we assume the songs sung were some of the crowd-favorites.

“Come Back Home” is a remake of the namesake track by Seo Taji and The Boys (the OG first-gen K-pop idols), released by BTS in 2017. The band got to perform the song for the BTS ARMY only a handful of times during their 4th Muster: Happy Ever After special fan event.

With J-Hope’s “angry, hungry – yes, I’m hangry” and Jin’s opening high notes, “Come Back Home” is a major BTS bop and the go-hard performance is often reminisced by the BTS ARMY.

It goes without saying within the BTS ARMY that some of the most remarkable stages surface from the special BTS fan concerts, aptly named “Muster(s)”. One such performance happened to be of “Ddaeng” – a rapline song – at the BTS 5th Muster: Magic Shop.

The vocalists of BTS (Jin, Jimin, V, Jungkook) took over the rapping in “Ddaeng” while the rappers helped in between, hyping the vocal line members and giggling along to their sloppy raps. You can hear the BTS ARMY screaming in glee as the performance took place.

Released during BTS’s debut era, “Born Singer” recounts the band’s personal journey to their musical debut that includes hardships, young dreams, and more. The track uses the instrumental from the original song, “Born Sinner” by J.Cole.

Performed at the 2015 BTS Live Trilogy Episode I : BTS BEGINS concert, BTS stand unmoving on a rotating stage and pour their hearts into singing the emotional song as the crowd is left consumed & mesmerized by the band members’ vulnerability in the performance.

In the BTS 3rd Muster: ARMY.Zip +, Suga dons his alter ego Agust D and performs “Tony Montana” from his first mixtape but not without his fellow member Jimin featuring alongside. “Tony Montana” is Jimin’s first attempt at rapping as sweet Suga wrote a personalized verse for rookie-rapper Jimin.

Although there’s no studio version of this rearranged track, fans continue to cherish this special performance of the BTS duo.