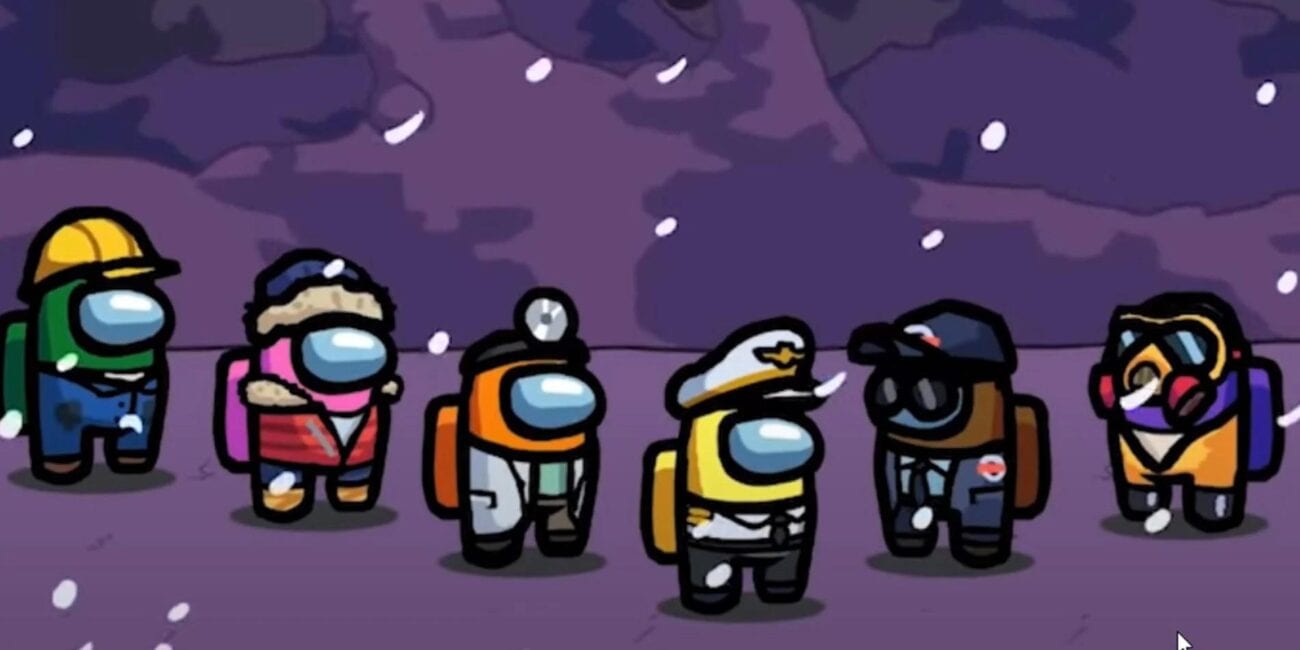 Among Us continues to be a popular game for streamers and friend groups as the pandemic stretches on. It might not be inundating our social feeds the way it once was, but the game is still pulling big viewership and player numbers.

To celebrate the game’s success we decided to venture into the internet to find some more hilarious Among Us memes. We searched for some of the weirder ones – the niche ones – since we’ve all seen the mainstream ones at this point.

Please enjoy our favorite Among Us memes. 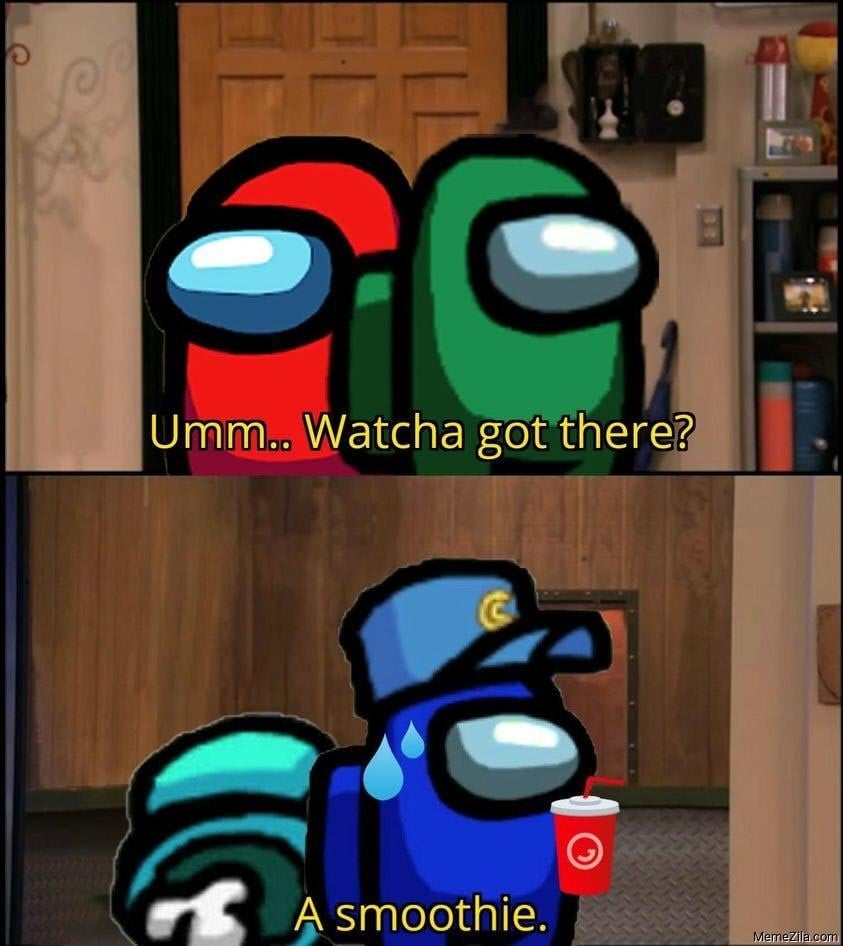 The smoothie joke still makes us laugh all these years later, and this Among Us meme is no different. No need to pay any mind to the dead body when there’s a delicious smoothie around. 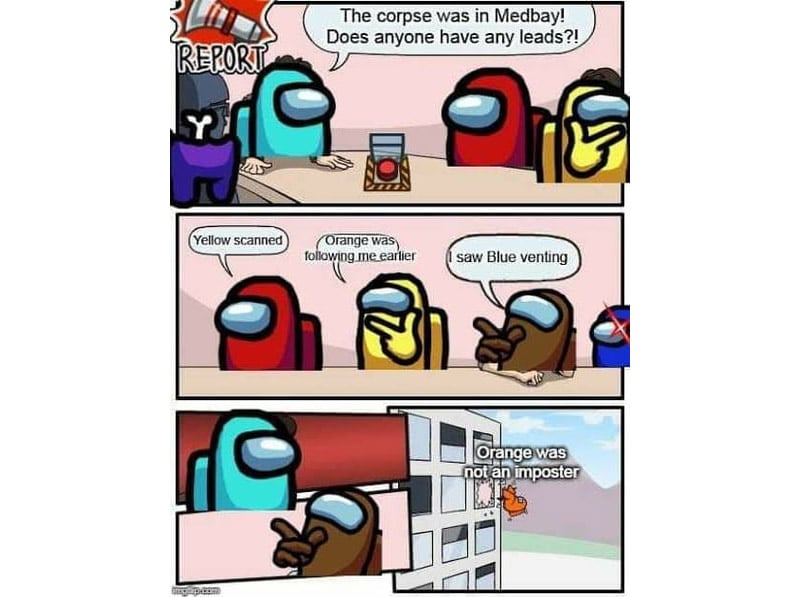 If there’s one thing you should never accuse your crewmates of it’s being logical. When tensions run high it’s shocking (and hilarious) how common sense just seems to go on vacation. 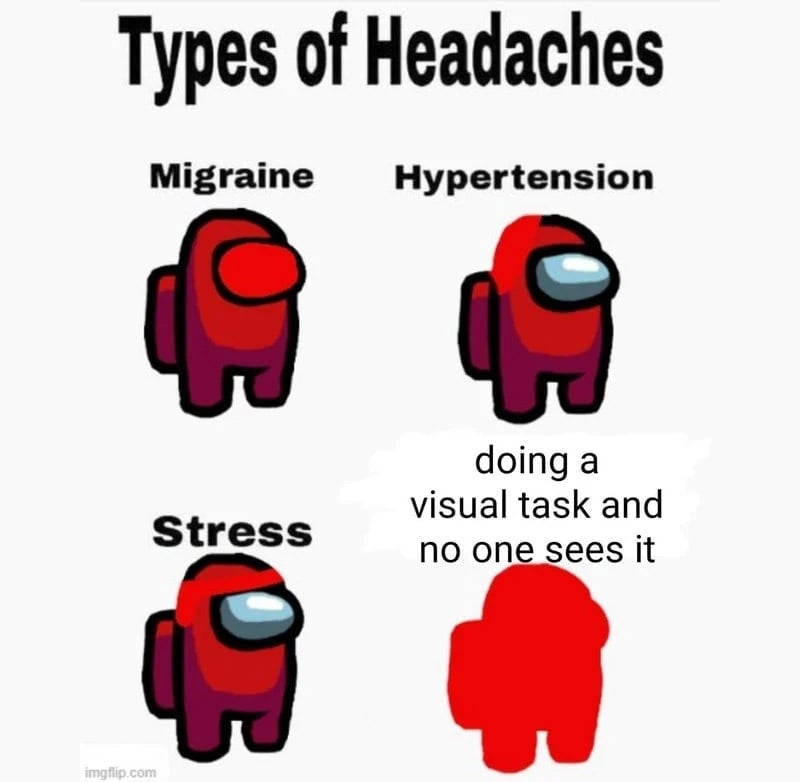 There’s a lot of different types of headaches, but Among Us has provided medical science with a new one. We fondly call it the “guys look at me, please” headache. 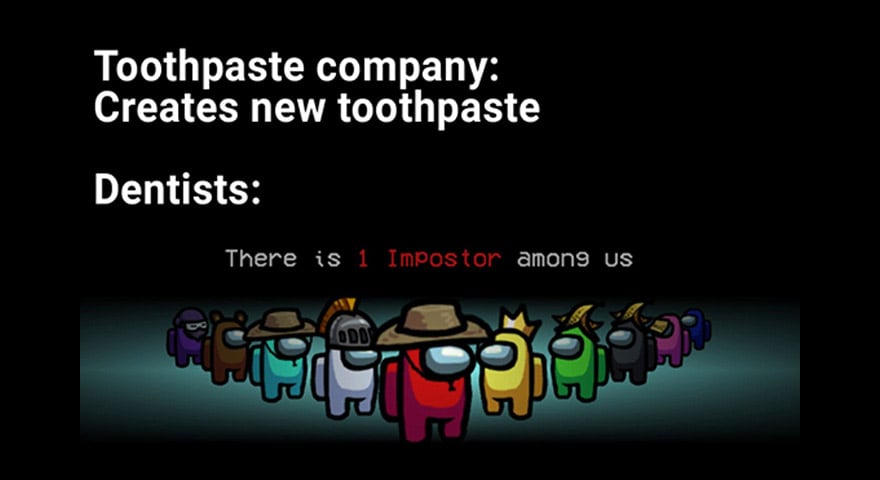 They can never come to a consensus. None of them agree. Why is there always that one hold-out dentist that thinks a toothpaste isn’t the best thing ever? They’re an imposter – that’s why. 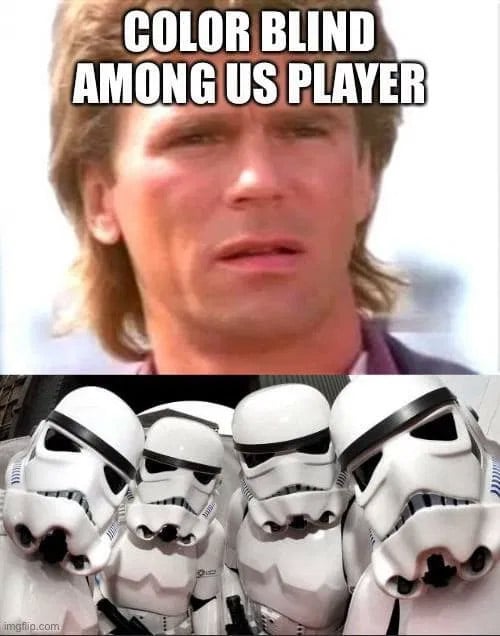 Among Us helped colorblind players with the wires task, but they’re still on their own when it comes to deciphering what character just ran past them.

We’ll be honest though, this meme mostly made it into the article for its hat trick of pop culture references – Macgyver, Among Us, and Star Wars. 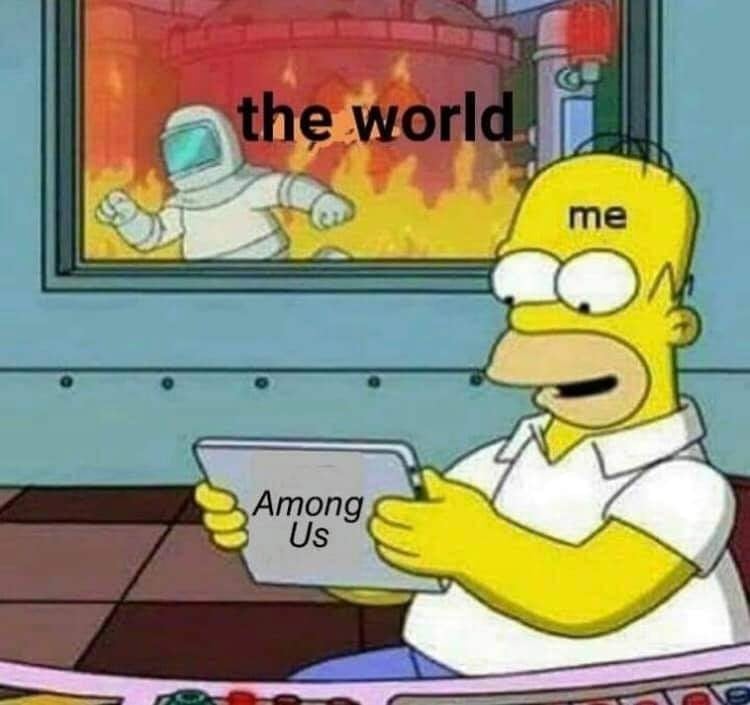 The world may be falling apart around us, but at least we can accuse strangers of fake murder while giggling in our pajamas. There’s nothing wrong with a little bit of escapism in these ridiculous times. 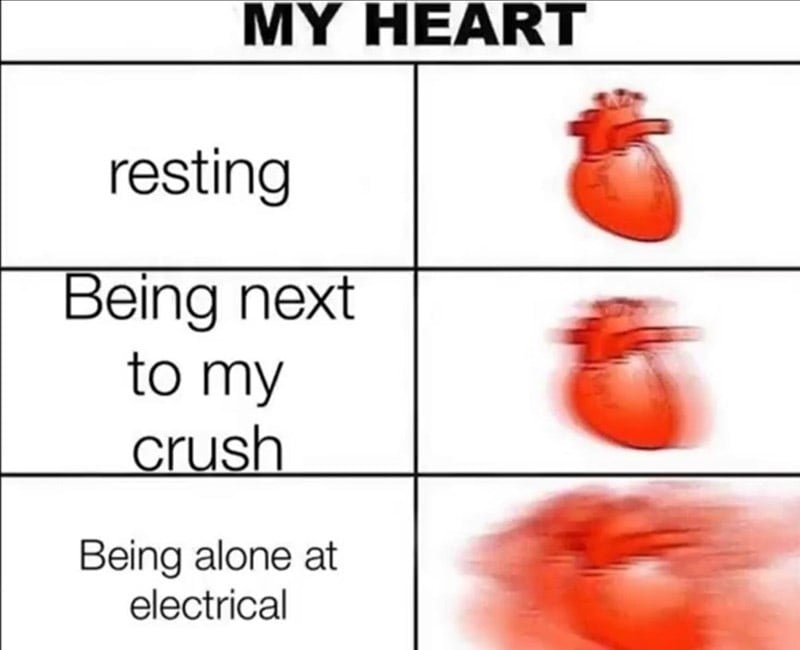 Among Us really has us thinking about our physiology. Headaches, heart palpitations . . . maybe we should stop playing for a bit.

That said – never go in electrical without a trusted buddy. 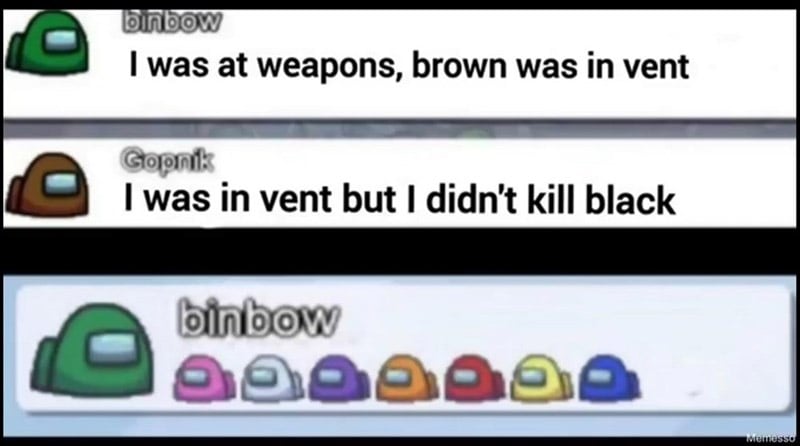 When it comes to Among Us you must respect honesty. If someone tells the truth then they get a pass – at least for that round of votes. 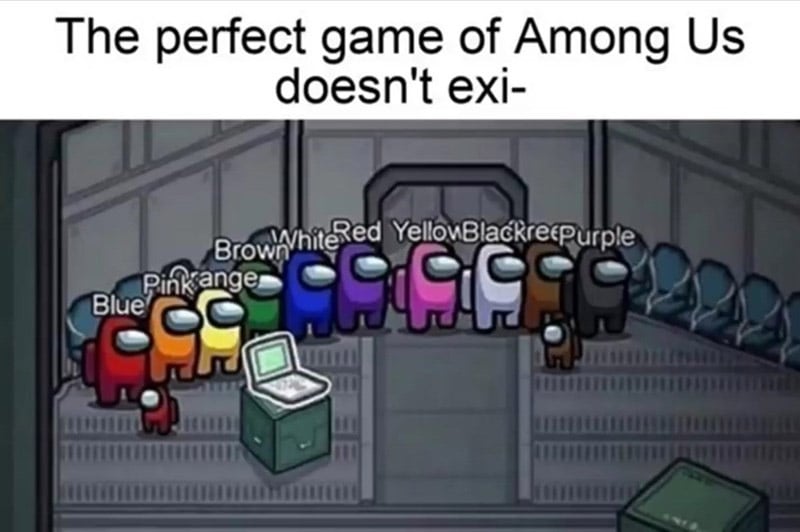 When we first saw this meme we thought everyone’s name corresponded properly and thought “well that’s cute”. Then we realized, no, this is a nightmare game devised to create maximum chaos. Hang on – we have to go setup a game like this right now.

Anyway, if you feel like you need more of a challenge in Among Us maybe consider this confusing scenario instead of a mod installation.

We know that practically every possible creative & funny name there is has been used in Among Us, but the memes never cease to make us giggle. This one might not have saved yellow from being ejected, but we appreciate the humor anyway. 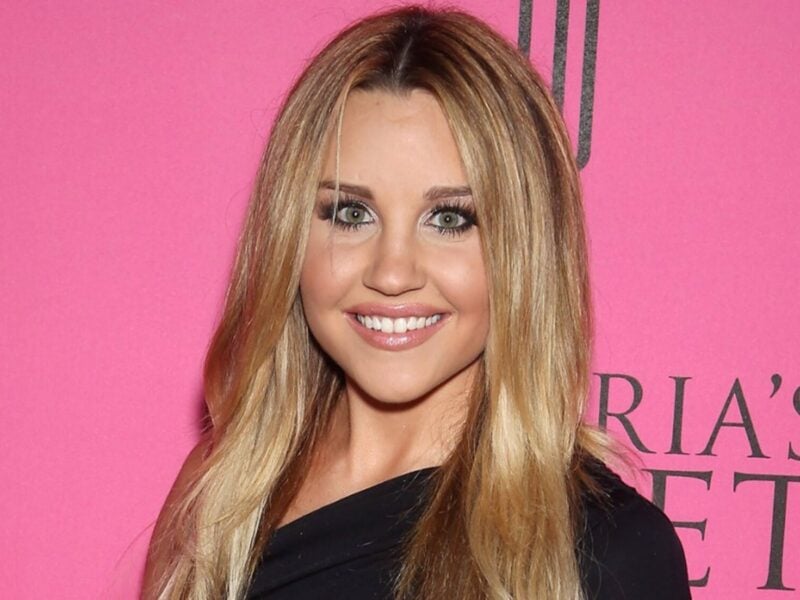 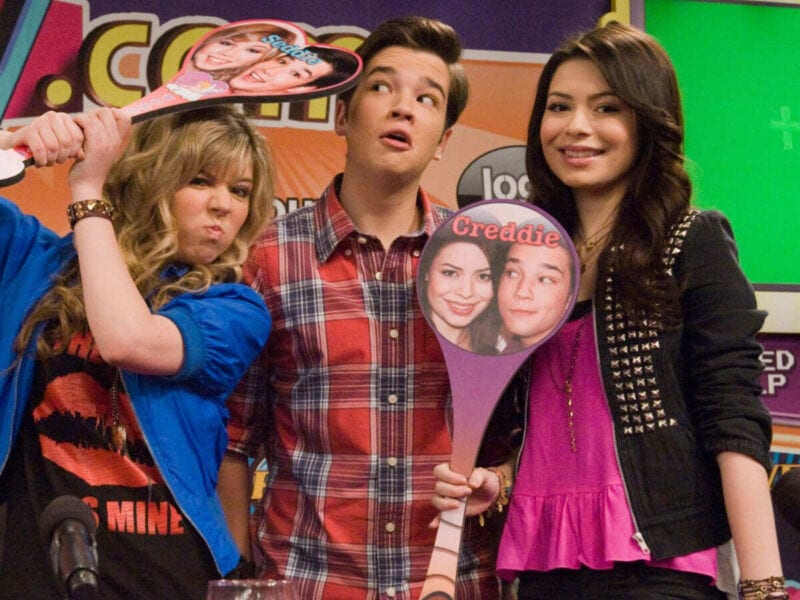