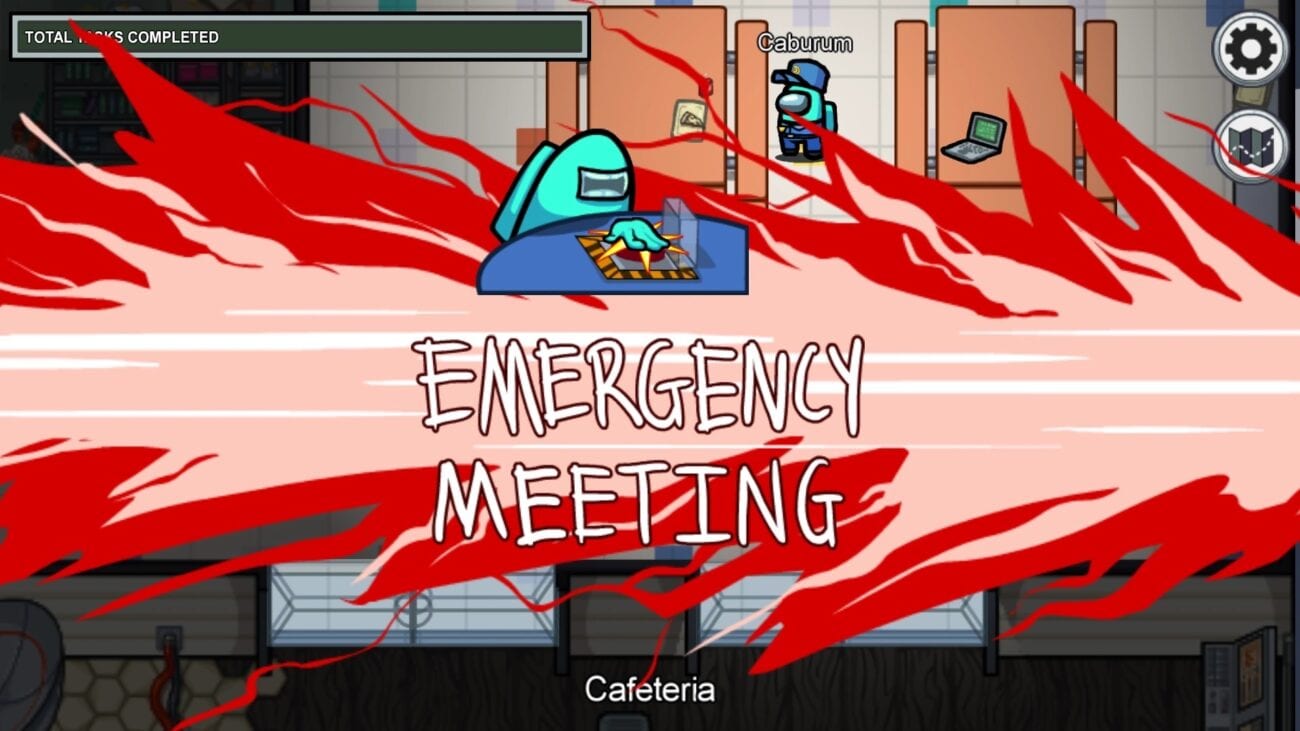 Ignore your tasks and look at these ‘Among Us’ memes instead

InnerSloth’s Among Us became 2020’s most popular indie game. The aim? Determine who’s the impostor & who’s an innocent crewmate. Complete your tasks – but watch your back, because your fellow crewmate may not be who they appear to be.

Do you have a sense of humor or are you sus? If it’s the latter – please enjoy this selection of quality Among Us memes. 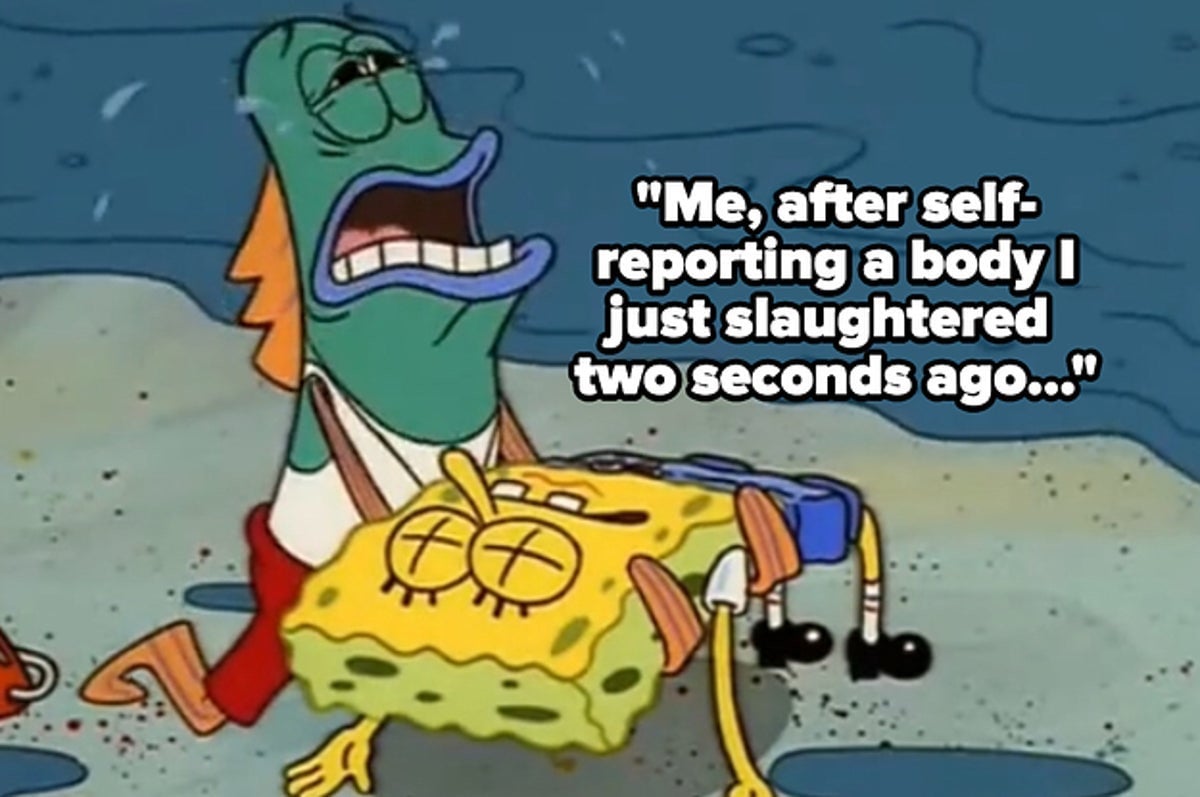 Honesty isn’t always the best policy, especially when playing Among Us. The worst thing is when you do a sneaky kill & self-report the body by accident. “Wait, red is dead? Who could’ve done such a thing?” Yeah . . . they don’t suspect a thing. 🥴 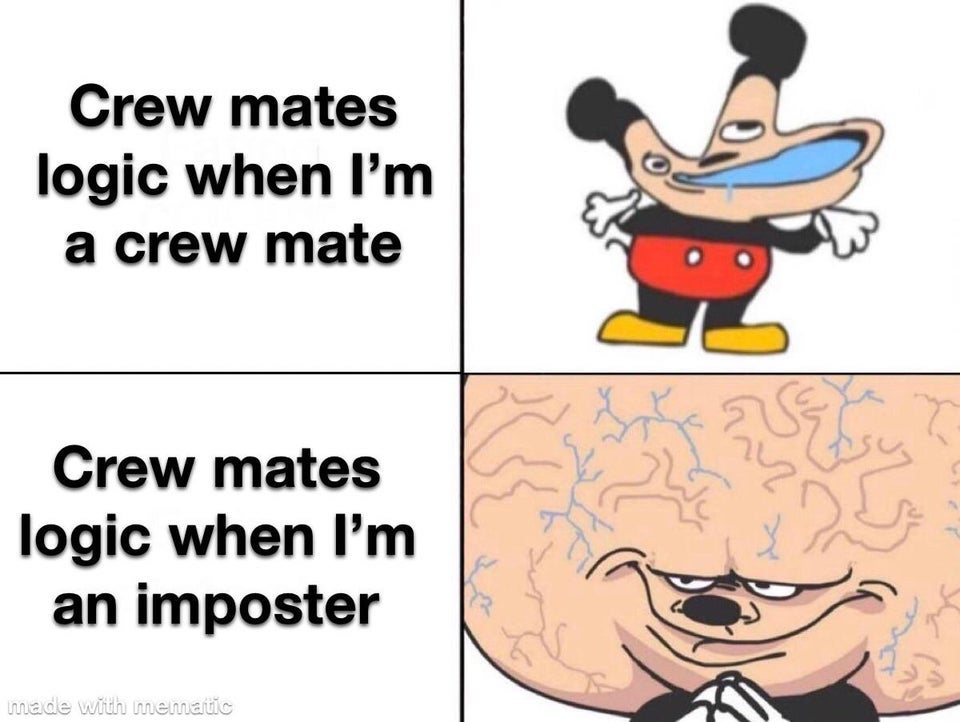 Why is it when it’s your time to shine as an impostor everyone is onto you? When Red vented in front of everyone, no one thought it was sus! Among Us gives us mixed emotions. 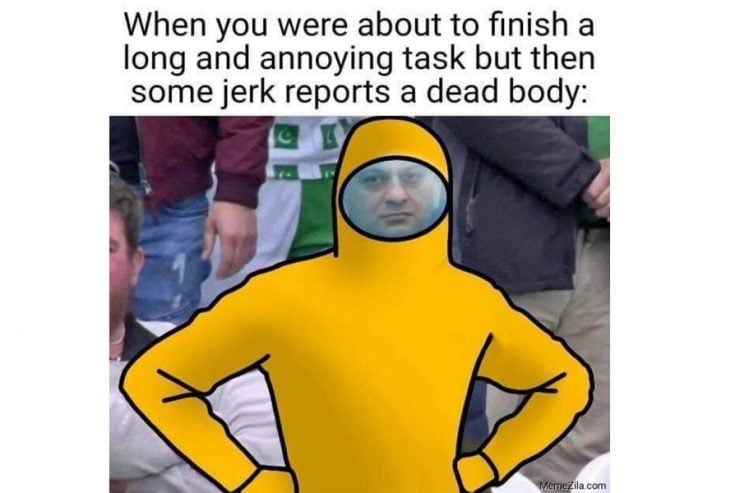 Have you done the Simon Says task in the reactor room? Yes, we hate it too! 😠 Especially when an emergency meeting is called and we have to start all over again. 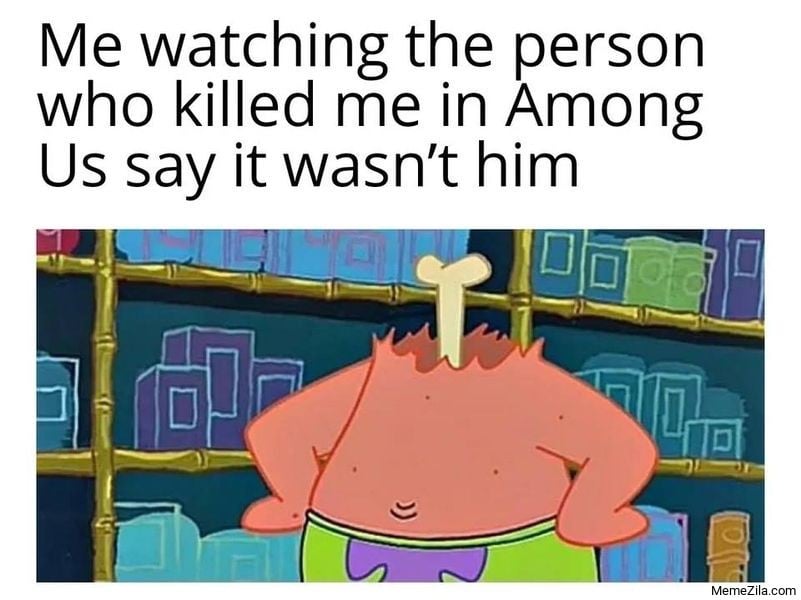 When you’re killed in Among Us, you have to float around watching the impostor quite literally get away with murder. Watching your murderer deny killing you is one of the most infuriating moments, but can be rather entertaining. 👻 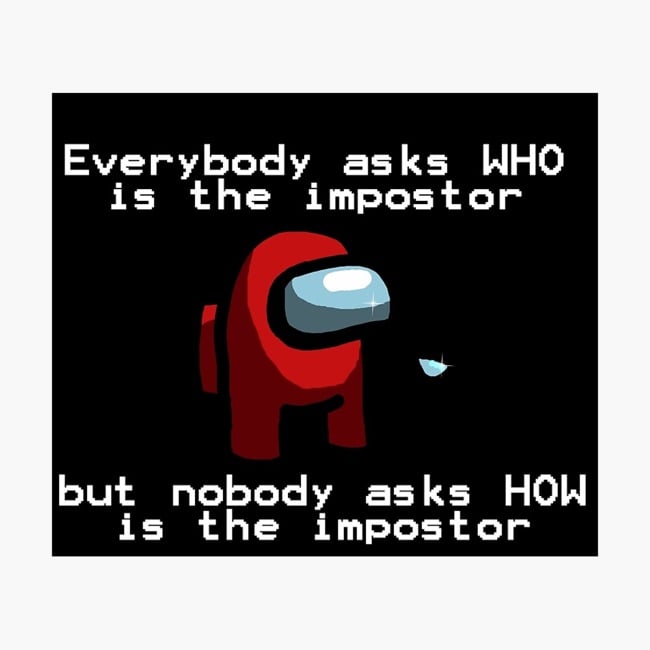 Well done, you found out Purple is the impostor. Have you ever stopped to wonder how they are . . . inside? 🥺 They’re still the murdering psycho we love to loathe. Carry on. 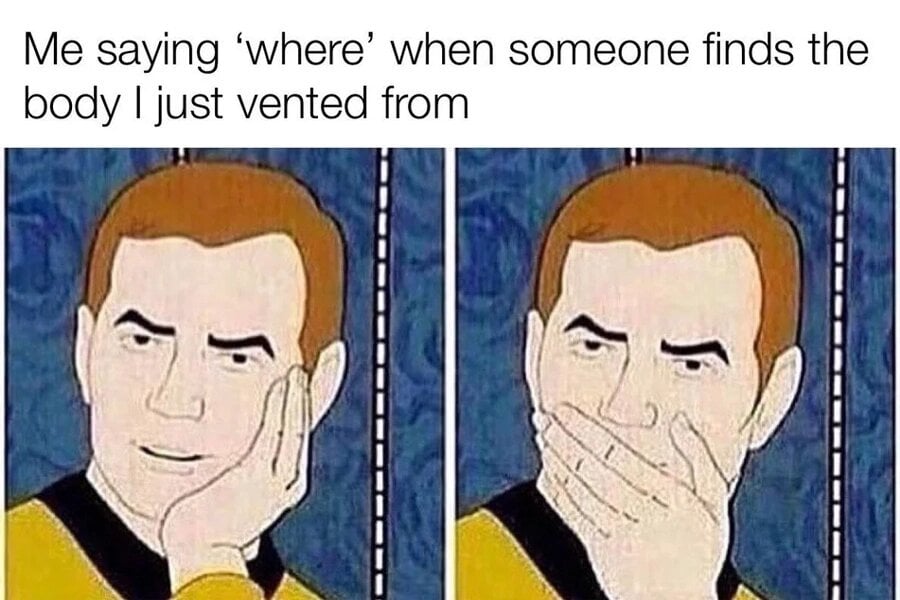 Gasp! Someone was murdered? They were my best friend. Who could’ve done such a thing? Yes, we know it was you and bravo on that Oscar-worthy performance. 🏆️ 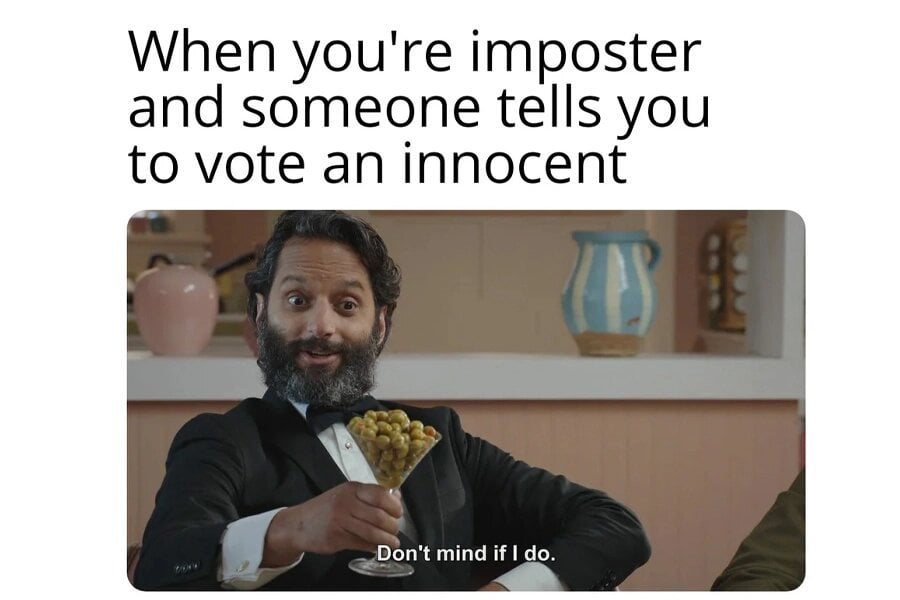 You’re telling us that Orange is guilty? Even though we just killed Brown? Yeah, let’s go with your theory. Among Us tactics activate! 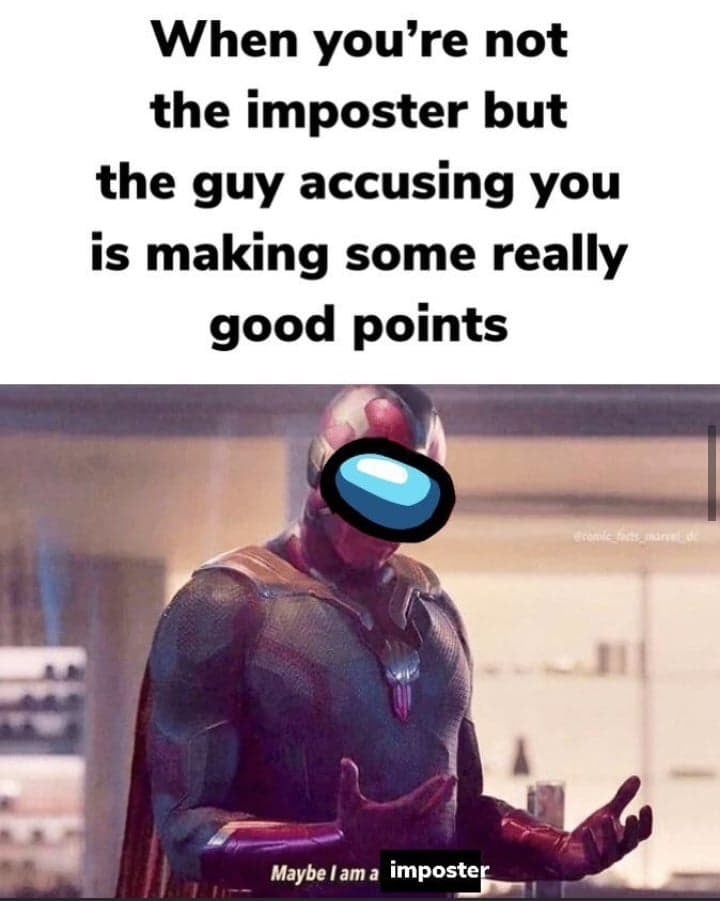 Mulan’s song “Reflection” comes to mind when looking at this Among Us meme. You know you’ve been acing your tasks and not causing any mischief. How can someone make you question your innocence so quickly? Teach us your ways, gamer! 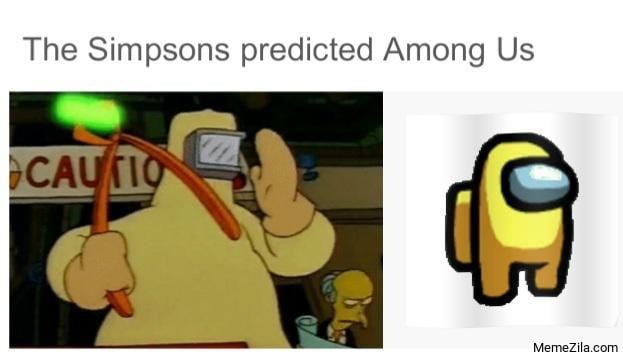 How does Matt Groening do it? The Simpsons have once again predicted the future. Looks like That’s So Raven could grab some tips from the animated characters. Is Homer actually a Yellow crewmate? Now we’re just confused! 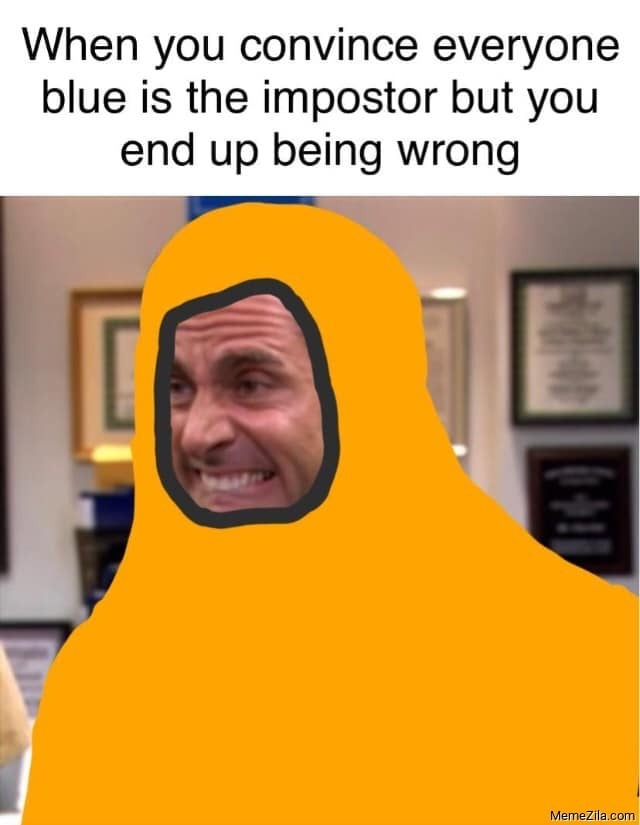 Blue was acting kinda sus. Maybe it’s them? Wait, it isn’t? What have we done? They were just an innocent crewmate and we flushed them away. Blue, we’re sorry . . . 😭 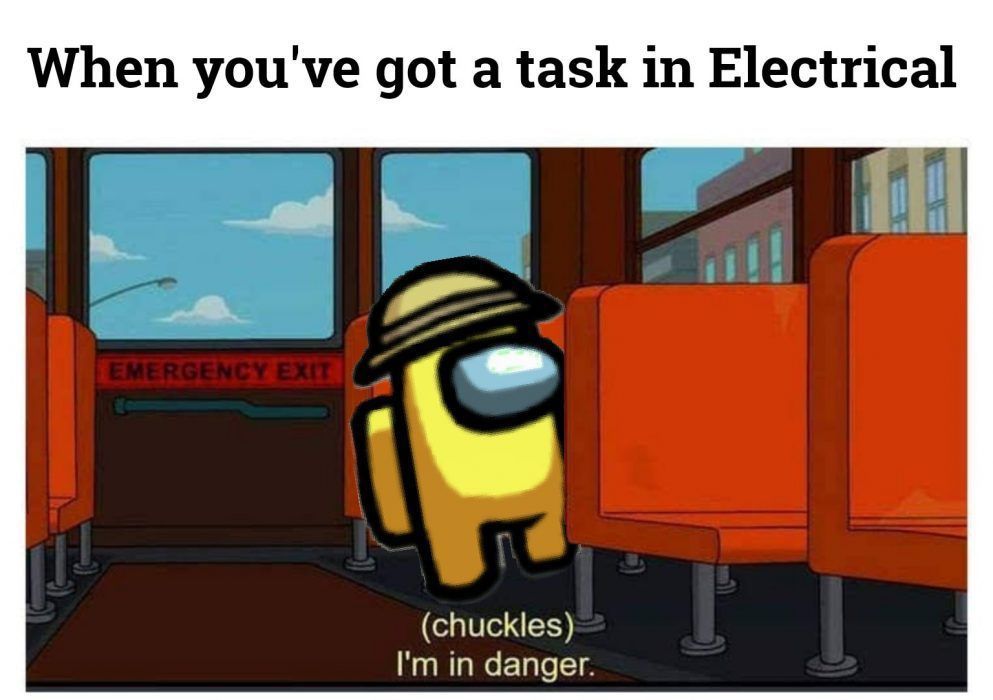 Electrical is a place no one returns from. 💀 Don’t act all yellow-bellied and face those pesky lights. You may not return, but you could be victorious. Oh wait . . . you’re dead. 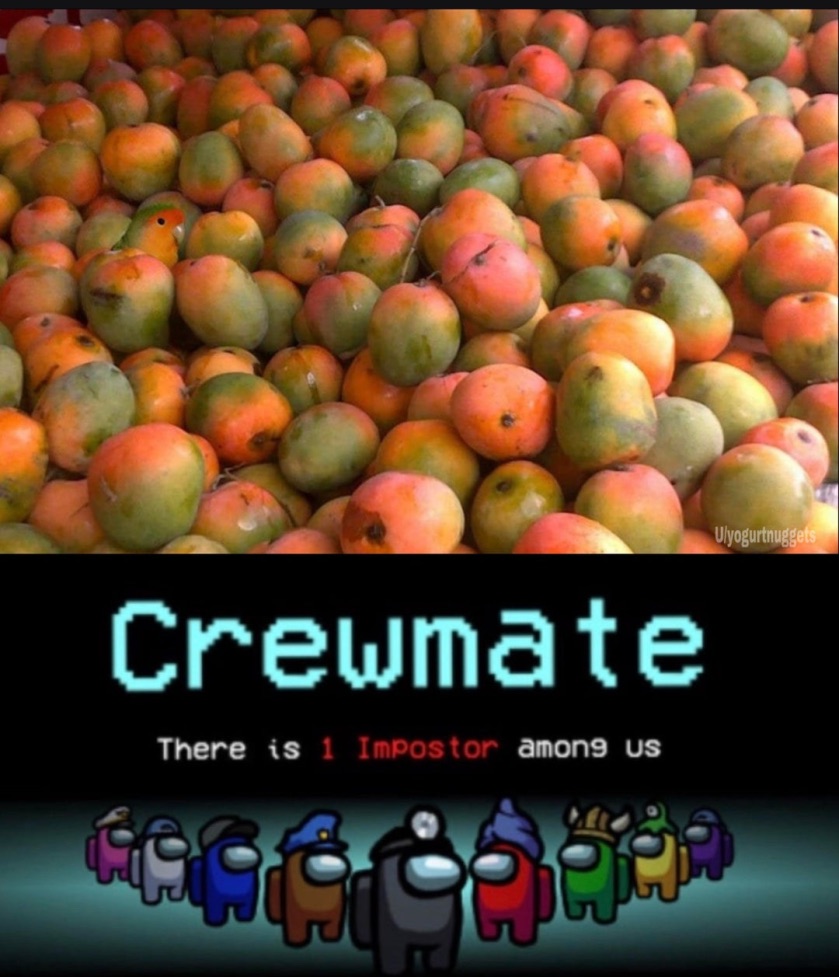 Sometimes in Among Us, it’s like finding a needle in a haystack. It could be any of you and you can’t trust anyone. Except when you’re the impostor and you can go around causing mayhem leaving a trail of crewmates behind you. 😈

Have you downloaded InnerSloth’s Among Us yet? Here’s our article showing you how to get the game for free. Let us know which meme is your favorite!