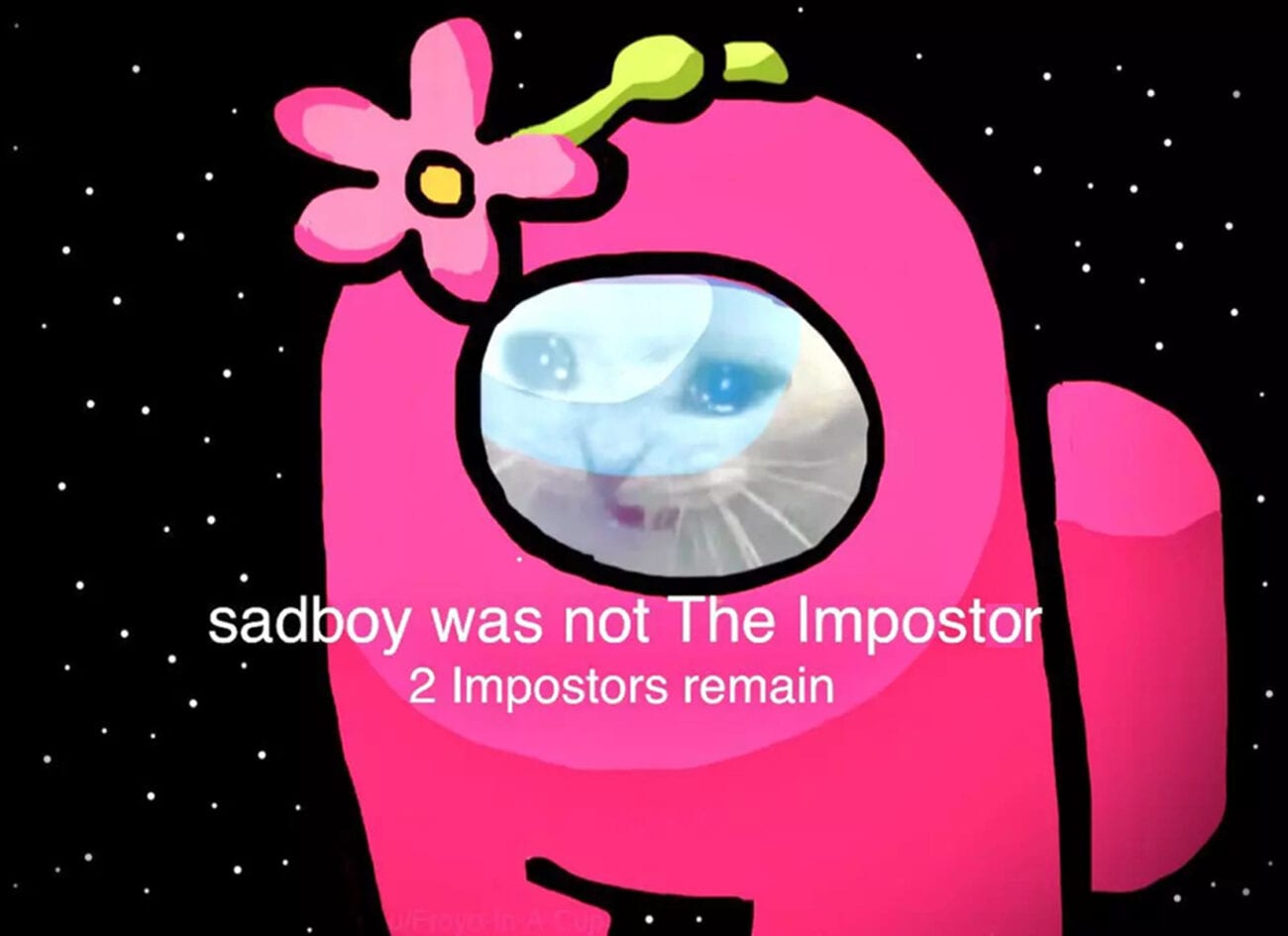 ‘Among Us’ hit 500 million users: Sus out these memes to celebrate

This year has been unpredictable in many ways, but when Among Us hit 500 million users, we weren’t shocked at all. After COVID-19 went global, people around the world were in quarantine and placed under stay-at-home orders. The only way to stay connected was through the internet, including the popular videogame Among Us.

Among Us won Best Multiplayer Game & Best Mobile Game at The Game Awards this year – proving how much attention this online social deduction game gathered. Even though Among Us was originally released two years ago, it was one of the few things keeping us sane through 2020. That’s why everyone has been playing this game non-stop.

Now that Among Us officially reached 500 million users, we wanted to celebrate by gathering some memes for your viewing pleasure. Here’s our carefully selected collection. 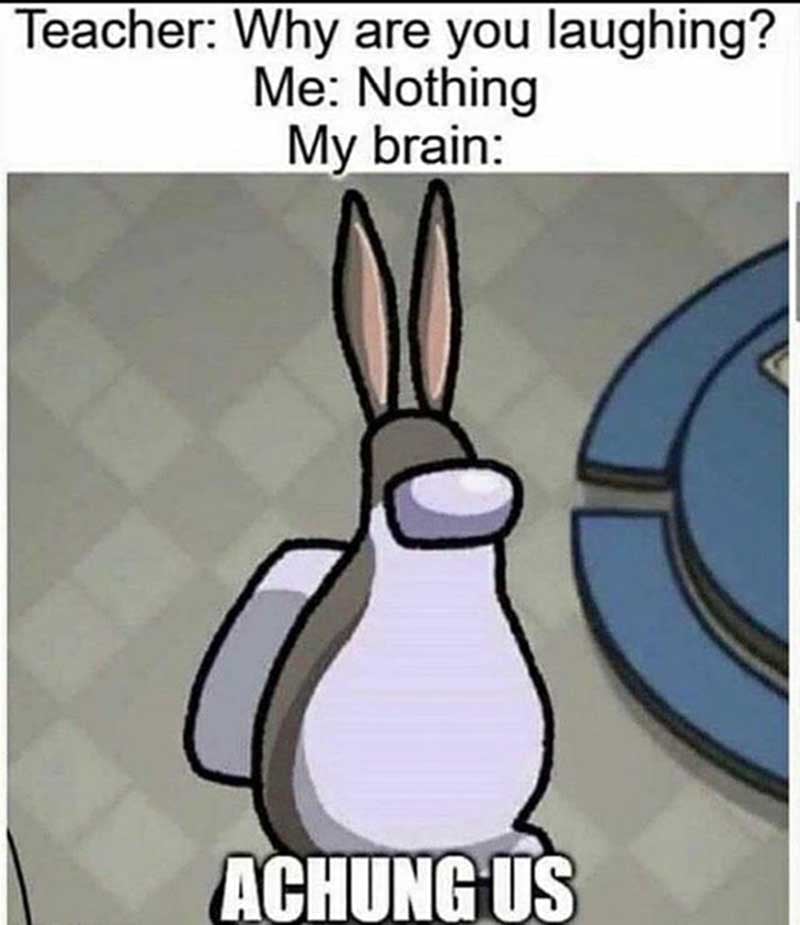 Who doesn’t love a good ol’ meme crossover? Now that classes are being held via Zoom, it shouldn’t come as a surprise if some of us kept thinking about Among Us during school hours. 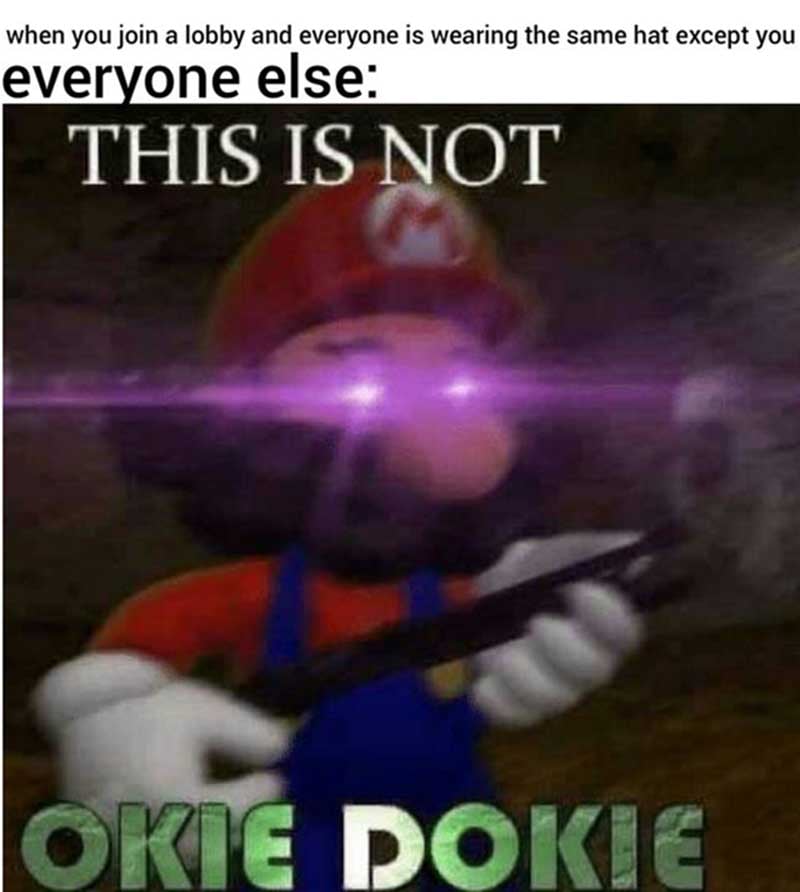 Didn’t get the memo

Back when we could go out, one of the worst things that could happen was arriving at an event only to realize you’re definitely not following the dress code. This is the same but online. 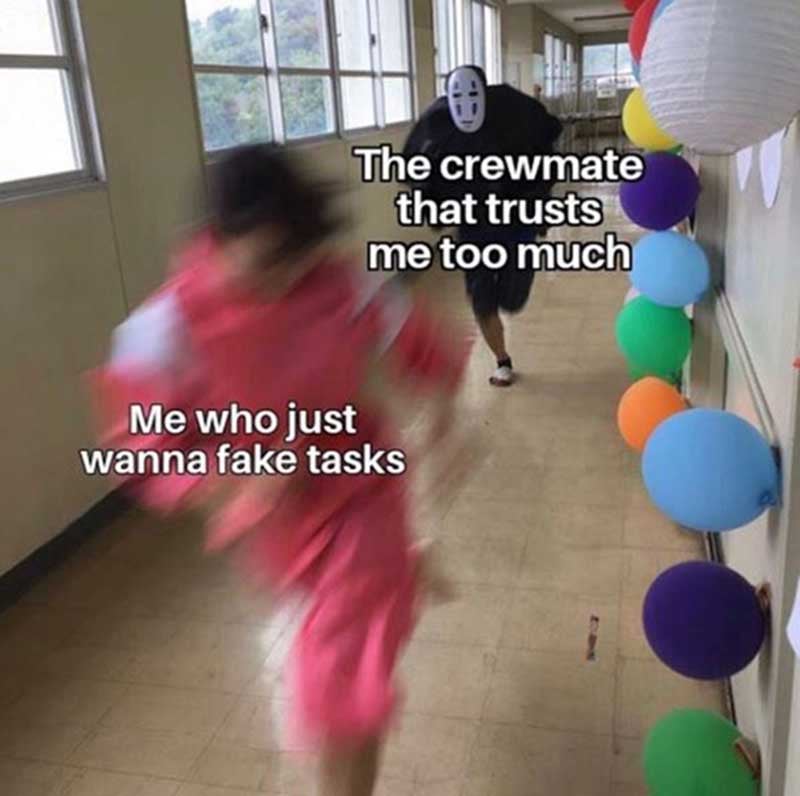 It’s nice how everyone’s making friends through Among Us. What’s not nice is when your new friend doesn’t let you kill the crewmates ‘cause he’s following you around all the time. 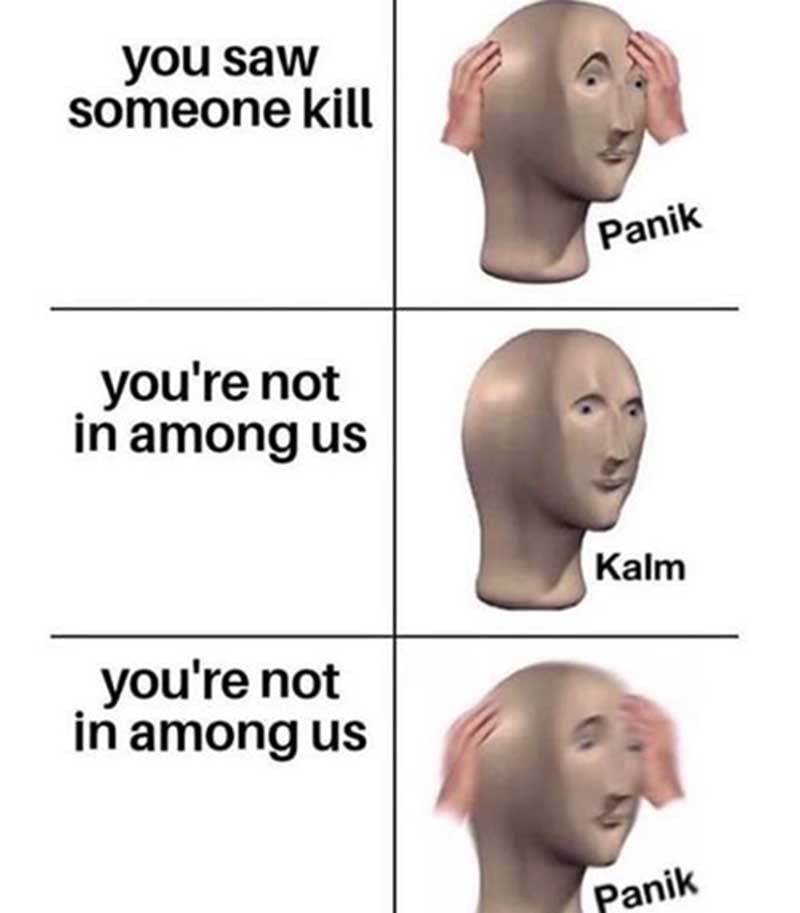 Here’s something we don’t wish anyone has to go through once we’re back outside. You do have the right to panic if you’re in this situation. 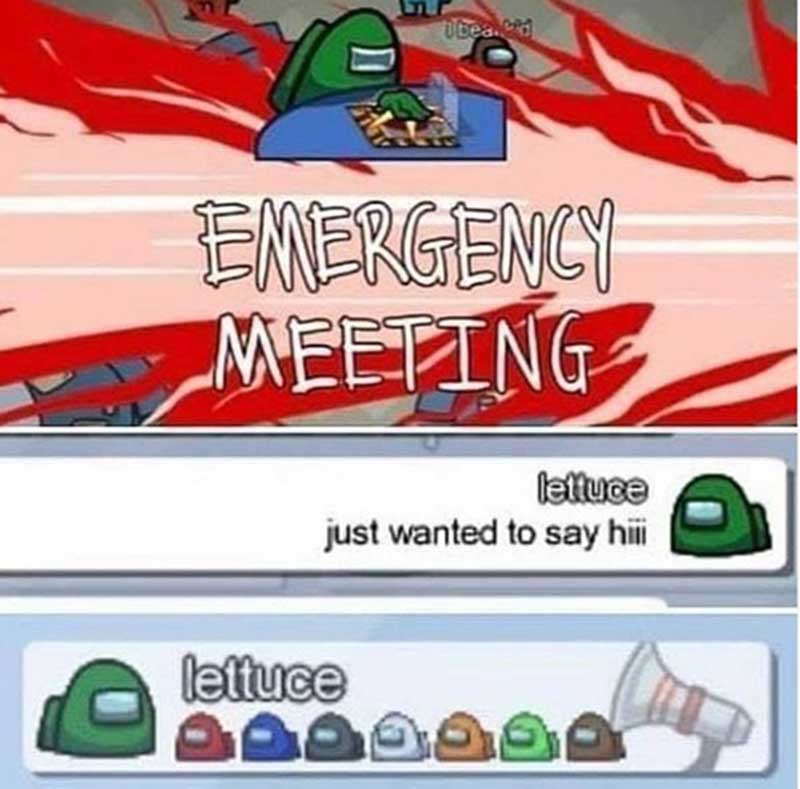 Sure, Among Us has connected people all around the globe, but we don’t think this is the best strategy to make friends. We’re sorry it didn’t work out for you, lettuce. 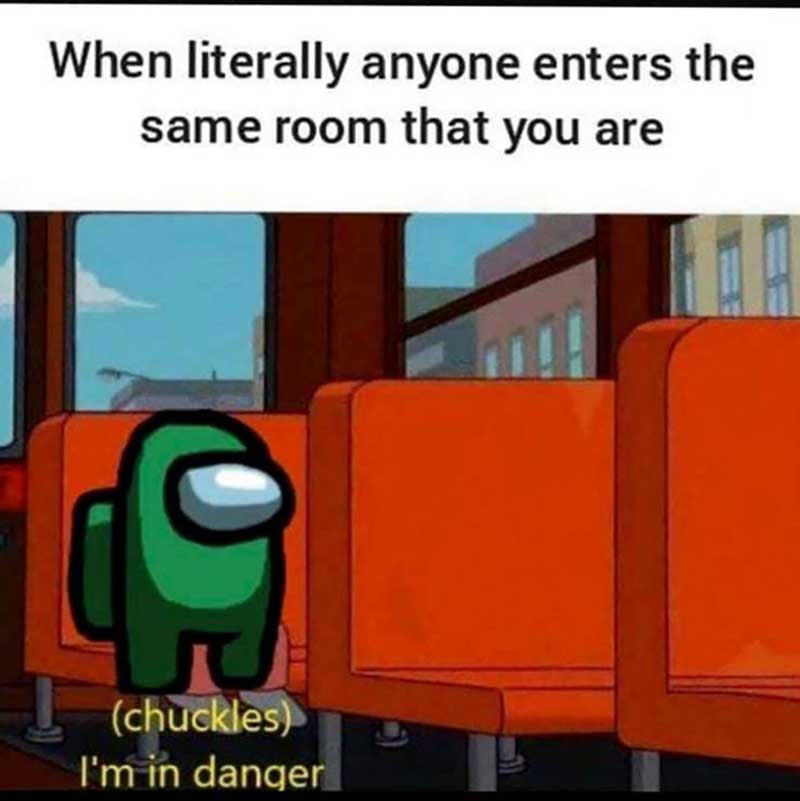 One of the consequences of playing Among Us the whole year is how the game made everyone paranoid. What, now no one else can go into electrical? 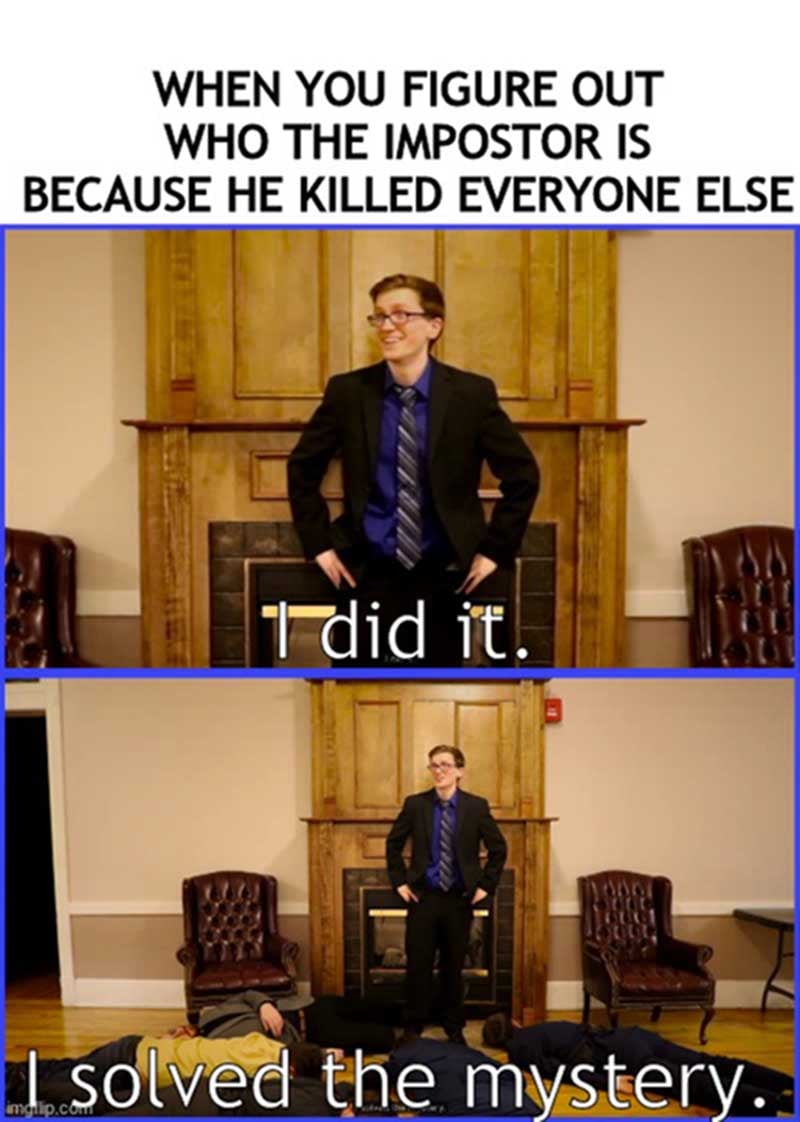 Have you ever been so good at playing the impostor that you even surprise yourself at the end? No? Maybe you’re not playing Among Us right. 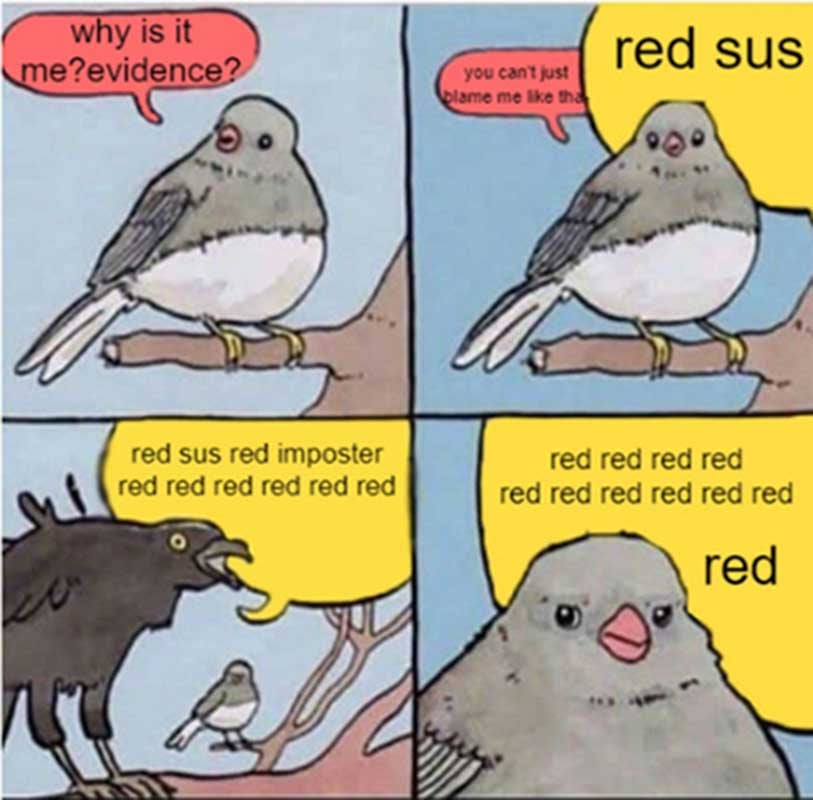 By now, everyone in the whole wide world knows red is sus. No one in their right minds would pick red at this point just because of the bad press it’s received. Sure, red is sus but it’s not new information anymore. 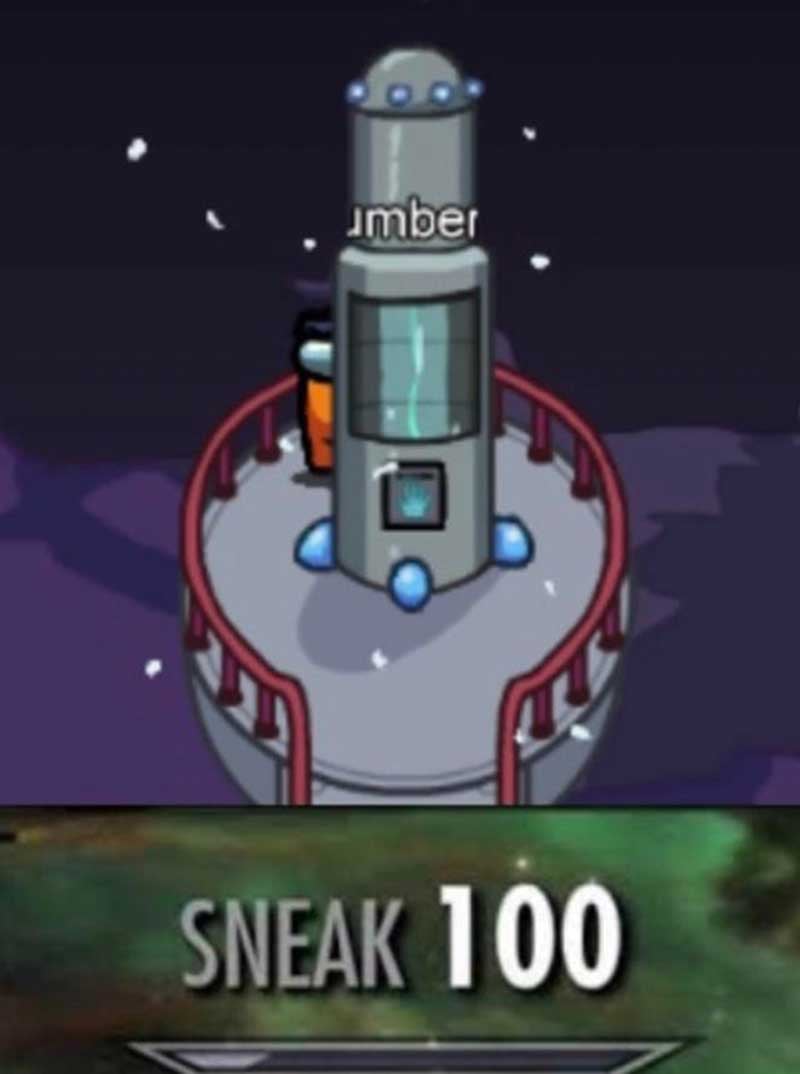 Among Us really allows its players to showcase other abilities such as deduction & stealth. Some are just better at it than others. 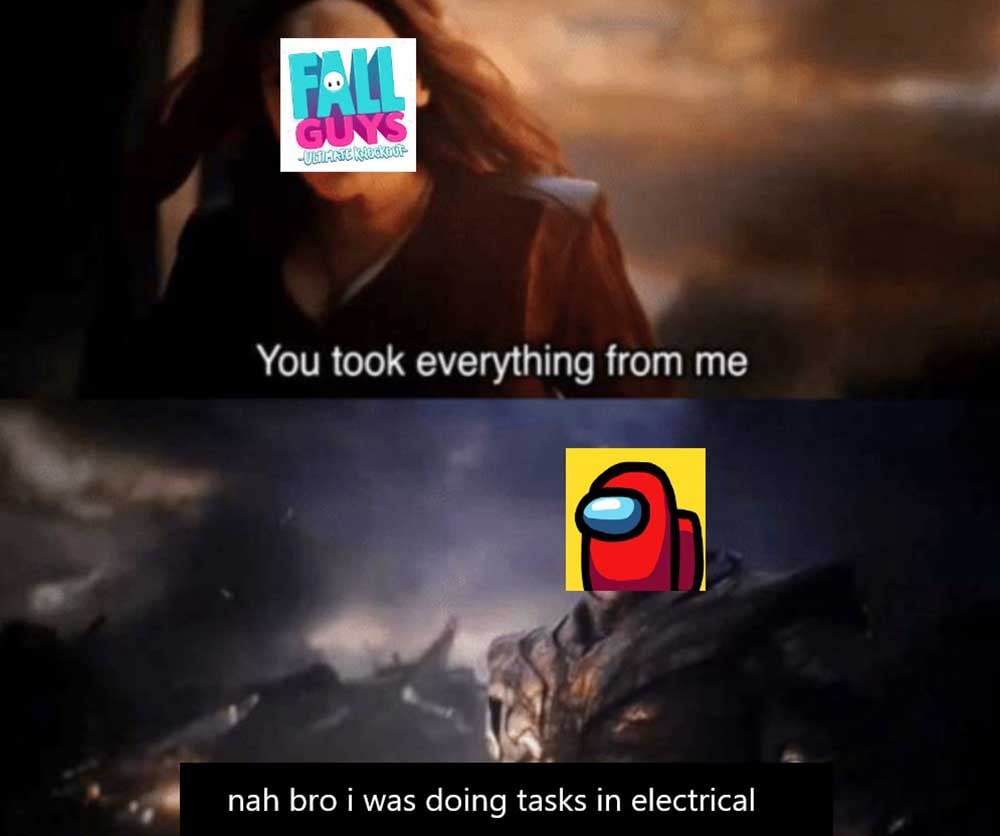 Fall Guys also became really popular this year, but it just didn’t stand a chance. Sure, the gameplay is a bit more complex and the design is much more detailed, but Among Us costs less than five bucks on Steam. 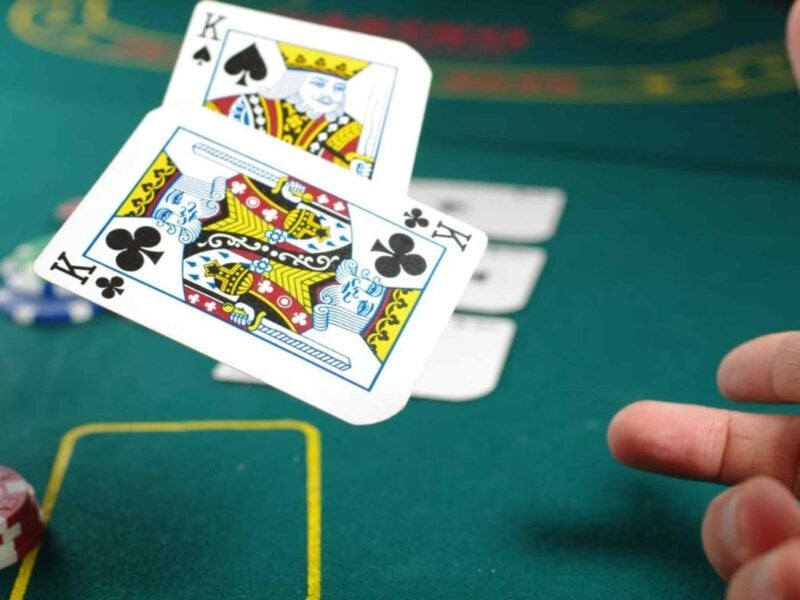