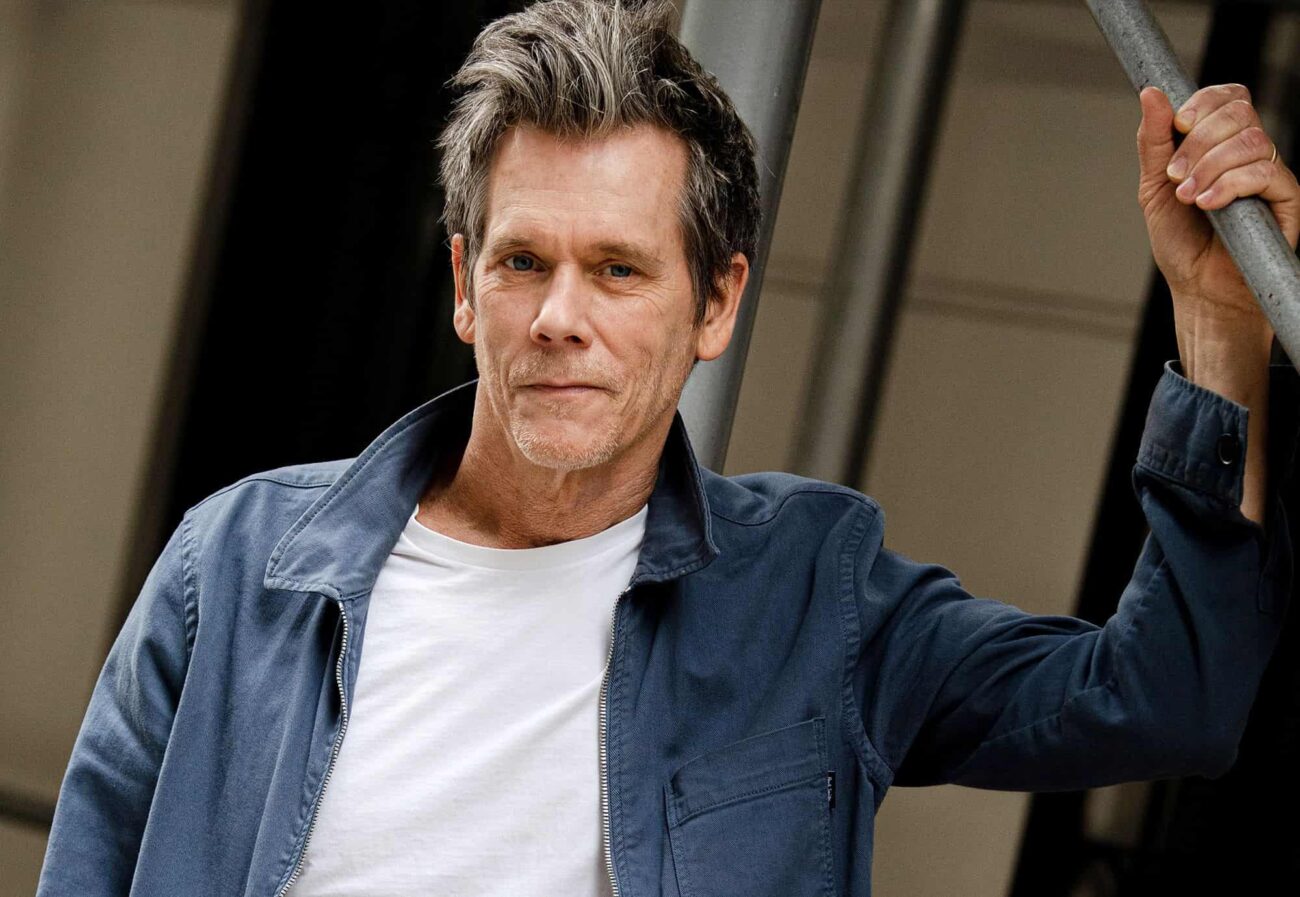 Zoomers may never know the magic of six degrees of Kevin Bacon. Millennials and other ancient generations used to indulge in the classic time-killing game in a world before doom scrolling. The game involves searching for the shortest path in connecting actors’ roles in films to Kevin Bacon (look it up). Why Kevin Bacon, you might ask? Well, he’s been in a ton of movies.

You may not see too much of Kevin Bacon lately, but that’s because he’s been in the game one hell of a long time. The celebrated actor has been working since his teens, and his filmography is an impressive length, even to the most seasoned of actors in Hollywood.

So, where does one start when it comes to Kevin Bacon movies? Fear not, dear reader. We’ve gathered up the weirdest, most interesting movies Kevin Bacon has graced the silver screen in so you can cut out the filler. 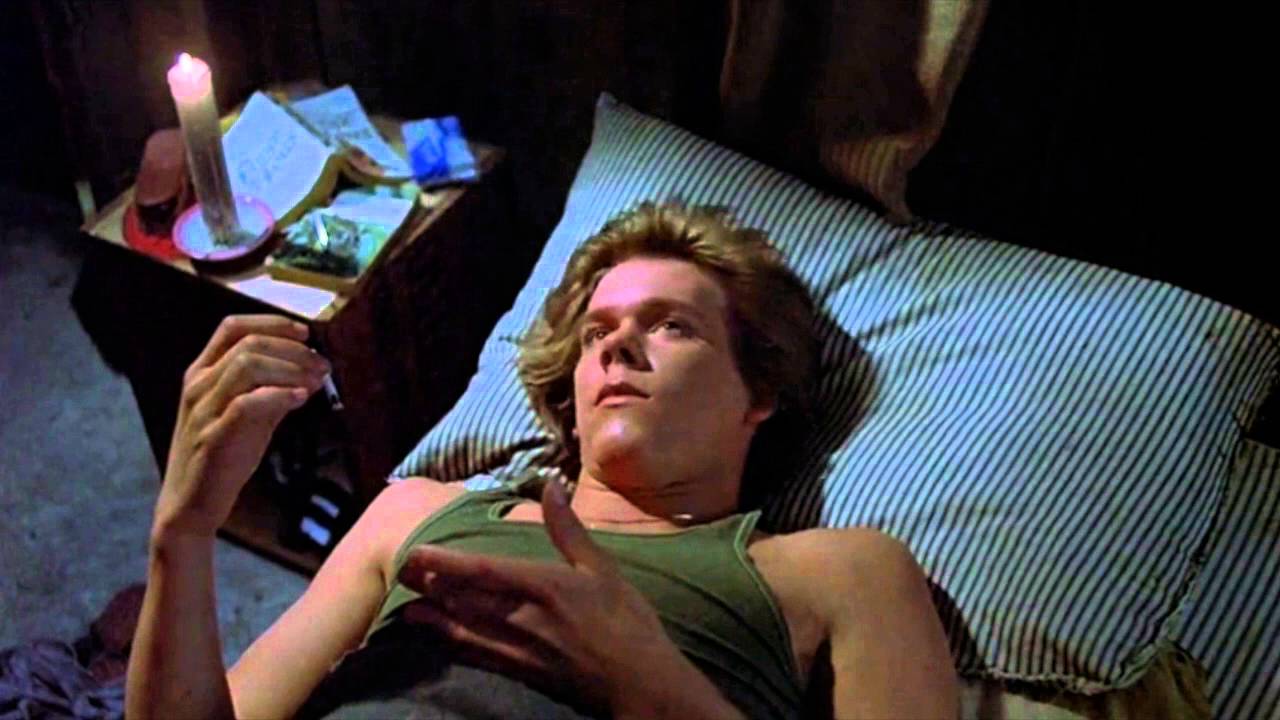 That’s right folks, if you didn’t know, now you know. Kevin Bacon hit the ground running in his career and managed to land two iconic flicks in his four films, starting with his first role National Lampoon’s Animal House in 1978 and starring in Friday the 13th by 1980.

Horror heads know the first Friday the 13th is different from the rest, the only flick in the franchise where we don’t see Jason wielding a machete in his signature hockey mask. However, the film truly holds up, with real laughs & scares shot purposefully, in spite of its half a million dollar budget. Bacon lights up the screen, and there was nowhere to go but up after the legendary horror flick dropped. 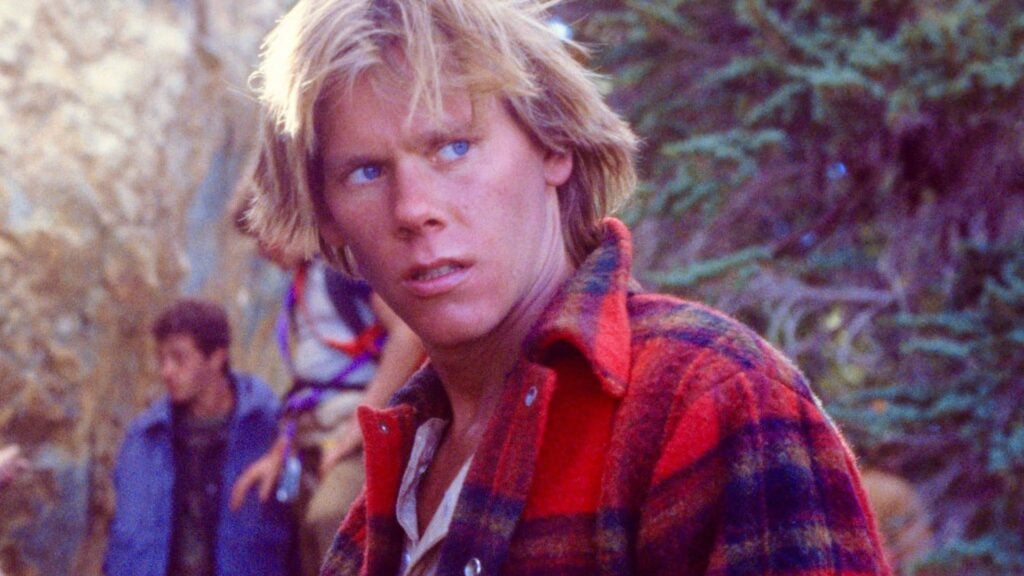 1987’s White Water Summer is listed as a drama film, but many who saw the flick as kids remember the Kevin Bacon picture to be downright scary. One of Kevin Bacon’s strangest movies, the film presents him as wilderness guide Vic who takes Alan (Sean Astin) off the grid with three other teens to see if they can hack it in the great outdoors.

However, before long tension bubbles up between Vic and the boys leading the group to experience one of the most strained & scary camping trips of their lives. As you watch, you aren’t sure if Vic is trying to teach the kids or kill them, and the kids aren’t so sure either. White Water brings us one of the weirdest vibed movies Kevin’s ever been in. 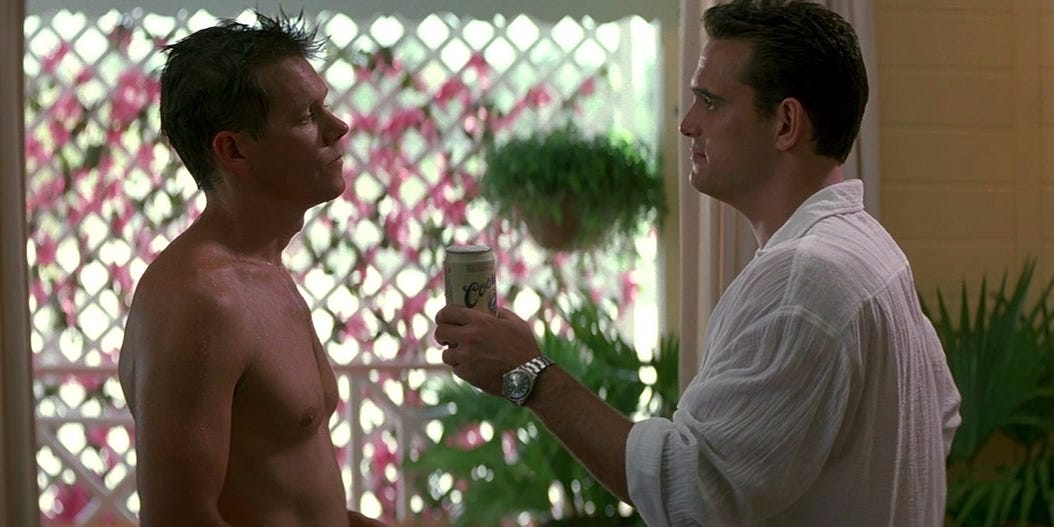 The film’s reputation is even on display in crystal clarity in the first season of Hulu’s 2000s nostalgia comedy PEN15, proving this shared cultural experience.

Teens may have thrown on Wild Things in the early 2000s for the boobs and softcore necking, but the neo-noir has a killer cast from Neve Campbell to Bill Murray and is a crass ball of fun. In a world where murder mysteries rule Netflix, Wild Things was ahead of the curve. If that’s not enough to convince you, Kevin Bacon bares all within the first hour. 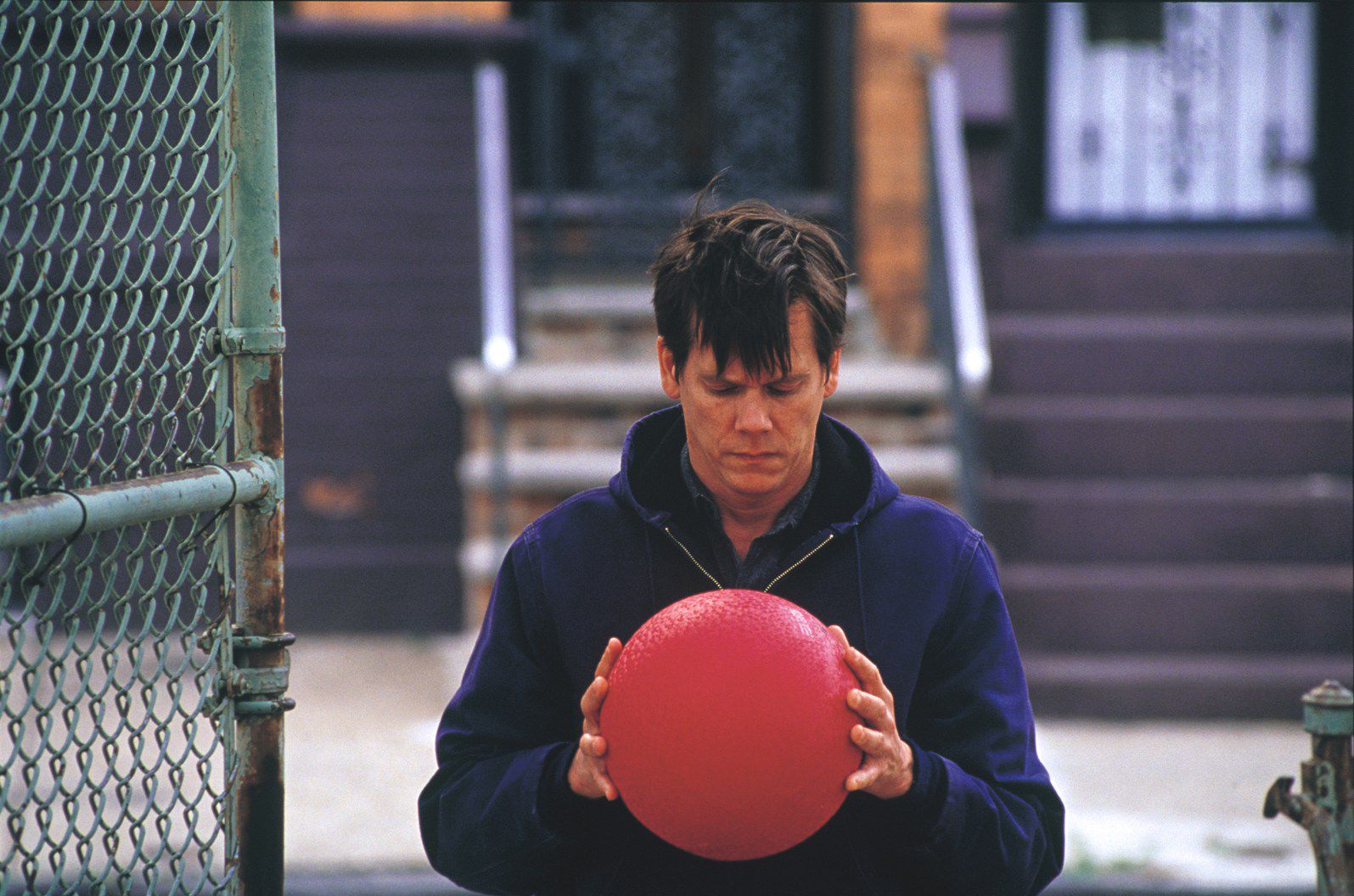 It is not a leap to say 2004’s The Woodsman is the most unique & challenging film Kevin Bacon has ever starred in. Somewhere between drama and psychological horror, the film follows Bacon’s Walter, a child moslestor who has been released into society after serving over a decade in prison.

The film tackles the complex issue of what to do with pedophiles, as Walter struggles to straighten up and fly right after paying his debt to society, despite his terrifying instincts. Mos Def plays Walter’s humorless parole officer and holds his own alongside Bacon in this incredibly smart yet difficult (and we mean difficult) film. Watch if you dare, but don’t expect any warm fuzzy feelings.

What’s your favorite Kevin Bacon movie? Sound off in the comments below! 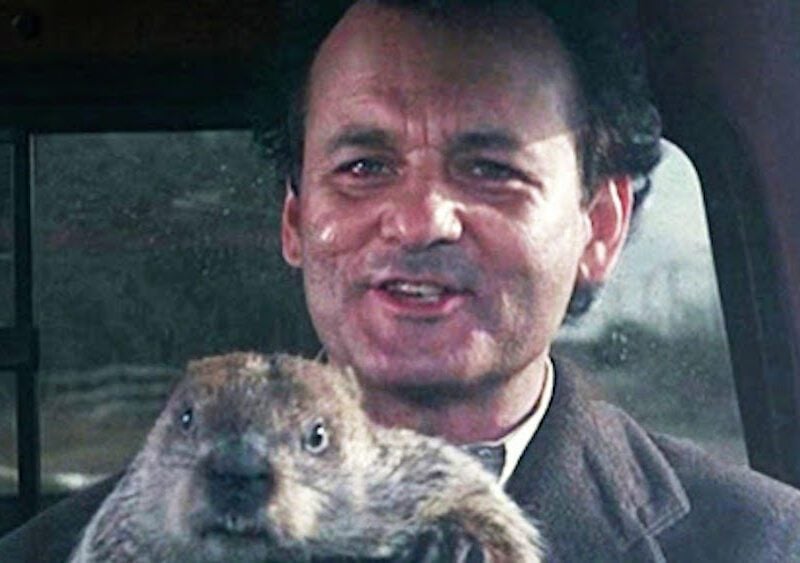