As in every good film, there’s a nemesis to the principal character that will create all kinds of tension. The entire storyline of this movie gives rise to scenes of high sexual content, nonetheless, please know that Verhoeven constantly includes a grotesque or crude sense of sex. This movie will not only entertain you but make you expand your vision of sex, you can watch it in Mubi through a free trial. 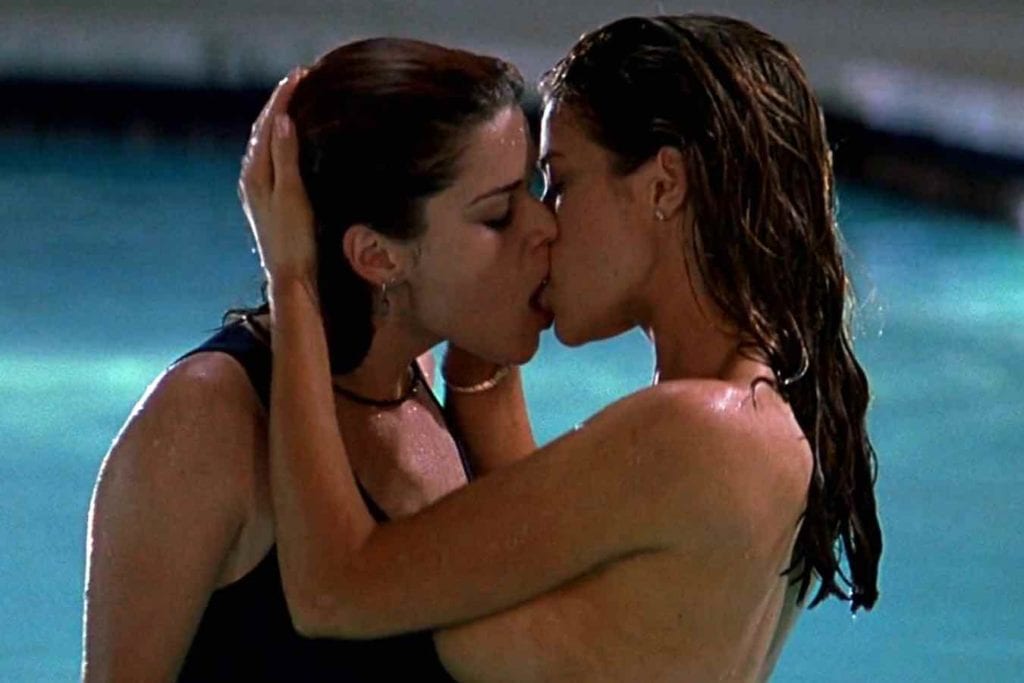 What is a sex crime? Not getting any. First of all, it’s now 2023, so don’t expect anything politically correct from any nineties movie, or content in general. It’s important to watch anachronic films always keeping a critical eye on the time they were premiered, but always open to enjoy the enjoyable. The truth is Wild Things directed by John McNaughton is a very interesting movie to analyze.

This neo-noir thriller film was definitely one of the nineties’ most eyebrow-raising movies due to all the represented sex practices. From high school kids getting conversations around sex, to questioning what can be considered a sex crime, to great threesomes scenes. It was thanks to this movie, that threesomes became part of normal conversation thanks to Denise Richards, Matt Dillon, and Neve Campbell.

Baise-Moi is a 2000 French thriller film written and directed by Virginie Despentes & Coralie Trinh Thi, and based on Virginie Despentes’ 1999 novel of the same name. Both directors are female and have gone through sex work, so it’s definitely a transgressive & hyper necessary representation of sexuality. Honestly, sex workers should be the ones speaking for themselves.

The fate of both women has a crossover as they flee to nowhere and decide to unite in order to carry out a macabre deliberation. Their plan? To have sex with men and then end their lives, something like The Love Witch, is definitely, another must-watch hot movie but without the magic. Violence & pleasure are profoundly interesting subjects to think about and experience together.