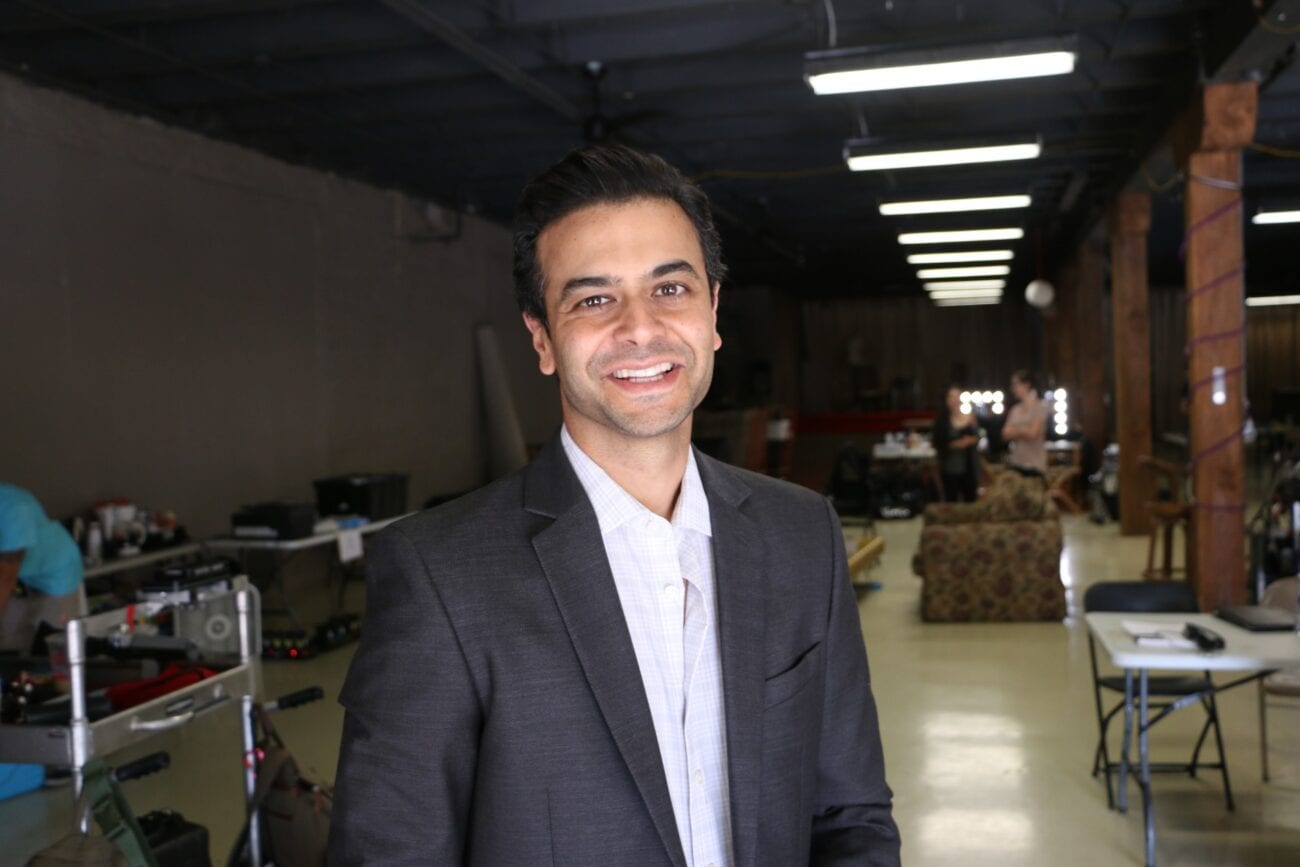 Explore the subconscious with ‘100 Days to Live’ director Ravin Gandhi

Ravin Gandhi has spent his career moving from one success to the other. He founded GMM Nonstick Coatings, one of the largest companies in the nonstick coatings market, and is a very successful venture capital investor as well (backing companies such as Hester Biosciences and KeyMe). More recently, Gandhi has taken his business acumen and applied it to the world of filmmaking. He made his debut as a writer and director with the mysterious new thriller 100 Days to Live.

Gandhi considered the film to be a “bucket list” endeavor, and he poured all his skills and experience into this tense story, which tackles weighty themes like mental health and suicide prevention. 100 Days to Live will be released across all North American TVOD platforms and on BD/DVD on February 2, 2021.

Film Daily has the pleasure of sitting down with Ravin Gandhi to discuss his business career, his creative process, and the personal connection he has to his new film. 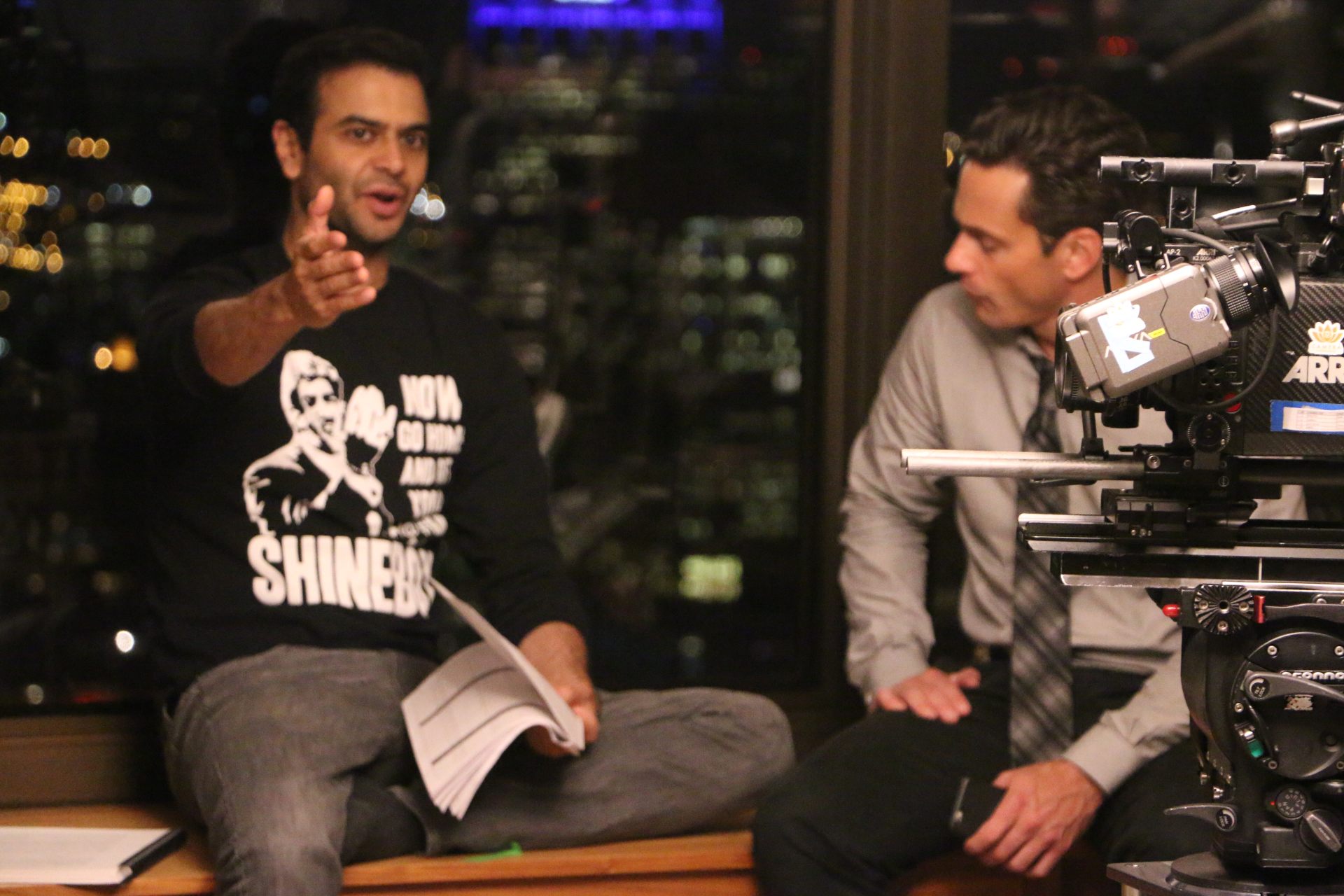 I have always loved to write, and have always been a huge film fan. So one day years ago while on a flight to Asia I downloaded screenwriting software and started writing a screenplay. I actually finished it on the flight back–of course it was unbelievably bad.

However, the habit of using time on work flights to write screenplays stuck forever. It was a great way to use another part of my brain given how I am normally obsessed with the capitalistic world.

You’ve had tremendous success as a businessman with GMM Nonstick Coatings, and as a venture capital investor. How has your business experience helped to sharpen your storytelling skills?

I would never have been successful as an entrepreneur without being a good storyteller. My specialty is sales, which involves telling stories to explain products or concepts. In fact, I would say that if you look at the most successful people in almost any industry, from doctors and lawyers to scientists and engineers, the people who rise to the top are those who can tell stories well.

The human brain is wired to latch onto narrative, so being able to communicate in this way separates you from those you are only good at technical details, for instance. Since I was young, I have been pretty good at figuring out the essence of a complex problem and creating a story to explain it that is easy to understand.

What was the hardest part of transitioning from businessman to filmmaker?

Well, I am still the CEO of my company that has hundreds of employees and factories all over the world, so I have not stopped being a businessman! But honestly, the hardest part by far was writing the screenplay and going through almost a dozen drafts before it was decent enough to shoot.

Once I got into directing–casting, shooting, being up against deadlines, making fast decisions, leading people–that part felt very natural and I felt quite comfortable. I learned being an entrepreneur is wonderful training to be a director, so maybe I can get away being both in the future.

You recently made your directorial debut with the film 100 Days to Live. What was the inspiration behind the premise?

I have always liked serial killer films, and I have always loved movies with big twists. So, those two things probably converged in my subconscious for a long time before popping out of the dark recesses of my brain.

The film deals with sensitive topics like suicide prevention and mental health. Was there an added pressure to get the film right given the weighty material?

Definitely. Years ago I had a close family member commit suicide, so that was certainly floating around my subconscious when I came up with the premise. I knew that I would have to write realistic scenes that might be difficult to watch (and even shoot), and find amazing actors who could pull them off.

What is your mission as a director? Name the most important thing you want viewers to experience when watching 100 Days to Live.

As a director I create the audience’s experience, so hopefully when you watch the film you are swept up in the emotions of the characters and experience events as they do. The main takeaway from the film for viewers is to know that suicide is a permanent solution to a temporary problem. Don’t give up, no matter how bleak things seem.

The film has several moments where the viewer is dropped into the paranoid headspace of the main character. How did you go about staging these scenes?

Many depressed people report a feeling of drowning when they are at their wits end. There’s a scene where the lead character Rebecca (who has battled suicidal ideation) has a dream where she is violently sucked down from a bathtub into a large body of water.

We shot the first half in the bathroom of my apartment, and the second half in a swimming pool with a safety diver. Heidi Johanningmeier (who plays Rebecca) plowed through it like a champion, even though it was scary and quite physically demanding.

Did you research suicide prevention groups prior to writing the script?

Yes. I called suicide prevention lines, talked to a number of therapists, as well as recovered suicidal people. It was amazing how much people wanted to share about a topic which is so personal, and taboo.

100 Days to Live feels indebted to classic Hitchcockian thrillers. Did you pull influence from any specific films during production?

Hitchcock is a film god, but one of the films that informed my writing was George Sluzier’s 1988 classic The Vanishing, which is just so chilling and original. From that film, I learned you can spend lots of time getting to know the bad guy in long flashback sequences, and the audience will go with you as long as you are truthful about the motivations of the killer and have lots of conflict.

100 Days to Live won Best World Premiere and Best First Time Director at the San Diego International Film Festival. Were you surprised by the film’s success?

Beyond surprised. I figured this movie would never see the light of day, much less get into a good festival and actually win awards. It was amazing, and such a fun and gratifying experience. Tanya Mantooth does a super job running that festival. Even talking to the press now about the film is uncomfortable, because I have a bit of “impostor syndrome” about not being qualified as a filmmaker.

Do you find it’s easier to tell a story that you have a personal connection to?

I feel that as long as you approach any story or scene from a place of deep truth, you will be OK even if you have not experienced the events first hand. I believe anything fictional I write is molded “first hand” by my subconscious, given the wonderful mystery that is our human brain.

I have had great mentors, and I have also been mentors to many people in the business world. Make a dream list of people who might help you, ask them all, and if anyone responds then jump all over it. If no one responds, make a more realistic list and try again.

But no matter what, when you find someone don’t waste their time. Be super prepared, and ask great questions. If you have talent, people recognize it very fast and will help you more than you expect.

Do you think your experience as a TV personality has made you better equipped to deal with actors?

Ha! I’ve been on TV maybe 20-30 times for business topics, so I don’t think that qualifies me yet as a TV personality. I found dealing with actors to be a joy, because I stand in awe of what they are able to convey on camera. It’s so hard. I don’t feel special skills are required–if you can get along with colleagues at work, you should be able to deal with actors.

But… just like people are all different, actors are all different and you have to adapt to each to get their best work. The most important thing is they trust that you know what you’re doing. In my case, I had to fake that confidence a lot!

What part of the filmmaking process do you geek out about the most?

Casting was amazing, to see your lines on the page brought to life by real professionals. But my favorite part, by far, was editing. That is where you make the movie. I did many test screenings with my rock star editor Ethan Maniquis, and found audience feedback to be so crucial.

What great directors are you inspired by? 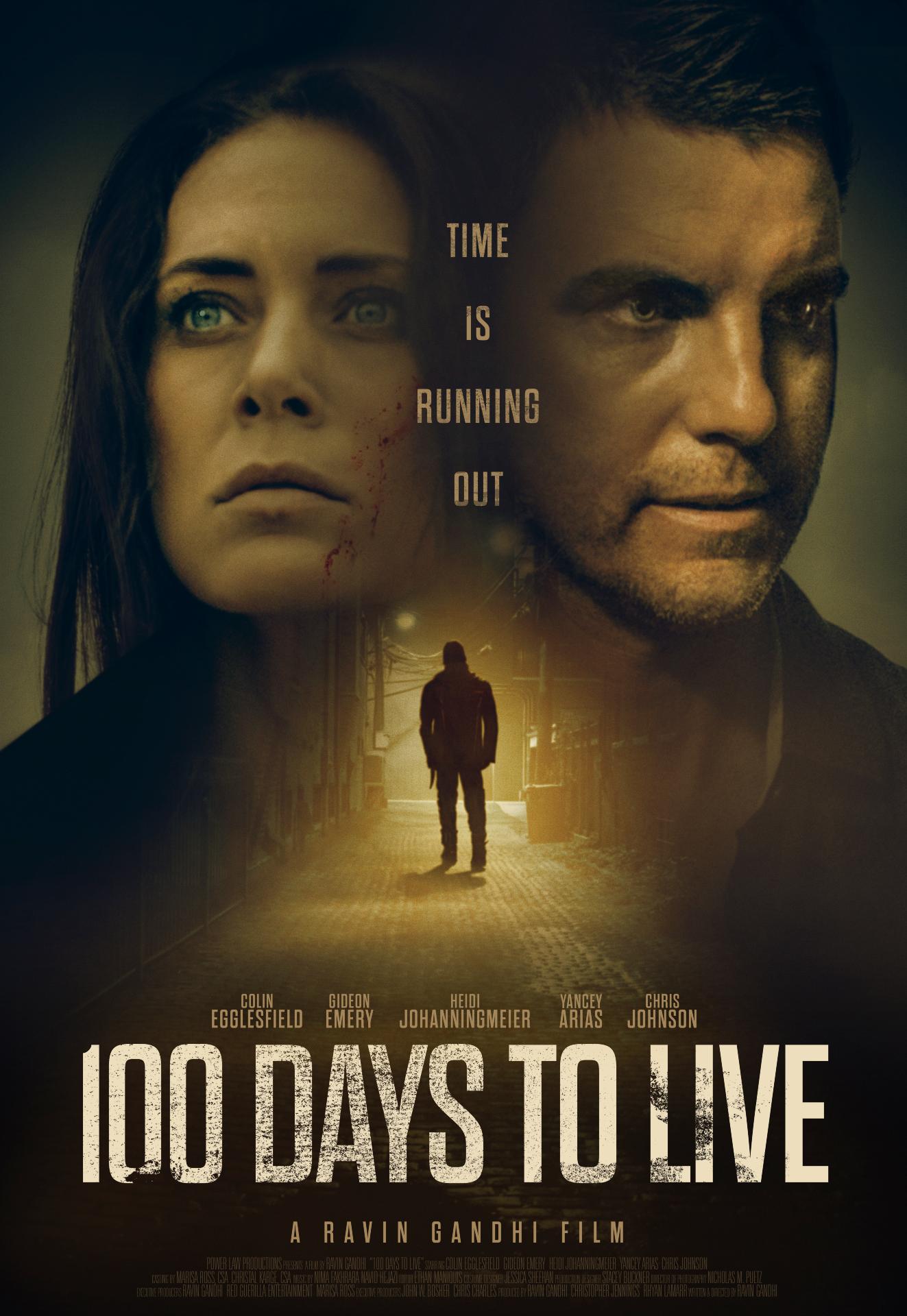 Starting and selling my company, for sure. That 13+ year experience tested every aspect of my skills. Also, I am very proud I haven’t lost ambition given whatever successes I have had. I am always looking for the next “big thing” to chase.

I love failing because without it, you’d never get better at anything. I have failed far more than I have succeeded. But it’s only that people see the successes which is so misleading.

You’ve referred to 100 Days to Live as a “bucket list goal”. Do you have any other film projects in the works?

I definitely want to make another film at some stage. But I probably need an agent or manager so I can work at a higher budget level, with the studio system or at least a production partner so I don’t have to chase distributors which took forever. I feel this film proved I could do it at a micro-level, and next time I’d love to not have to shoot the film in my house, and at many locations that I controlled.

Don’t give up. And only do it if you can’t “not do it” because it’s really hard. I would also recommend them to look up and read the articles I have written about starting a business and entrepreneurship as they are very applicable to making a film (dealing with anxiety, uncertainty, selling, pitching, closing, work ethic, leadership, etc.)

Finally, what is your favorite film of all time?

Impossible to answer. But a few thoughts today: A Clockwork Orange, Mulholland Dr., The Silence of the Lambs, Se7en, No Country for Old Men, Good Will Hunting. Ask me tomorrow and the list will change.