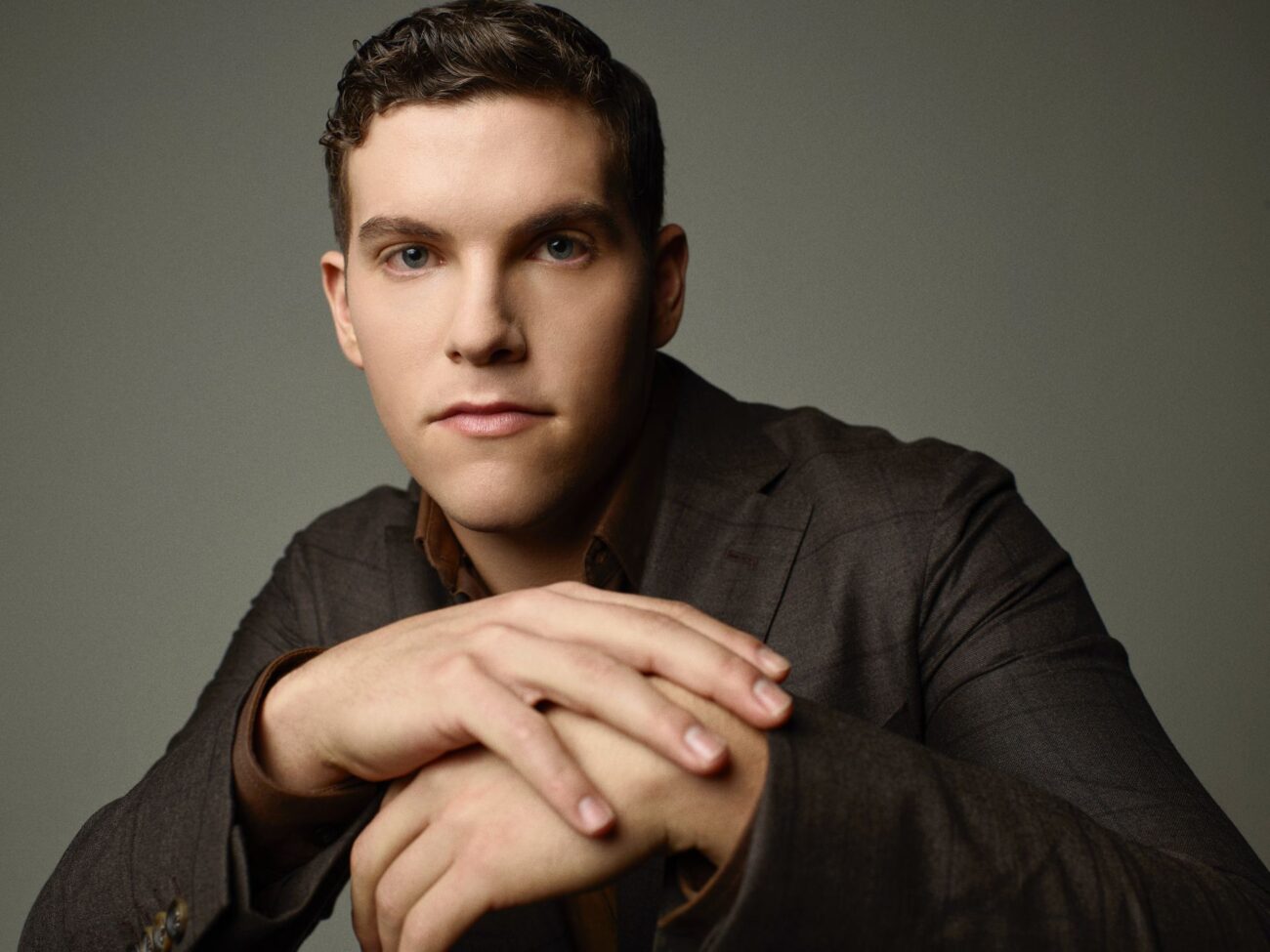 Kyle Matthew is here to tickle funnybones and tug on heartstrings. The Texas native is a multi-faceted entertainer who excels at writing, acting, and producing. He graduated from USC’s B.A. acting program and hit the ground running with a starring role in Uninvited, which premiered at the Burbank International Film Festival. He followed that up with Charlie Hughes, which debuted at the SXSW Film Festival and earned critical praise throughout the festival circuit.

Matthew’s star is still on the rise. He’s an active presence on YouTube, and several of his sketches, including Leaked: iPone 9 Commercial and Lip-Sync Break-Up, have gotten over 100 million views. Matthew recently nabbed a recurring role on the Disney Channel series Bunk’d, and is slated to appear in a feature film later this year. There’s no telling where he could go from here.

Film Daily had the great fortune of talking with Kyle Matthew about his career, his rising profile, and his plans for the future. Here’s what he had to say. 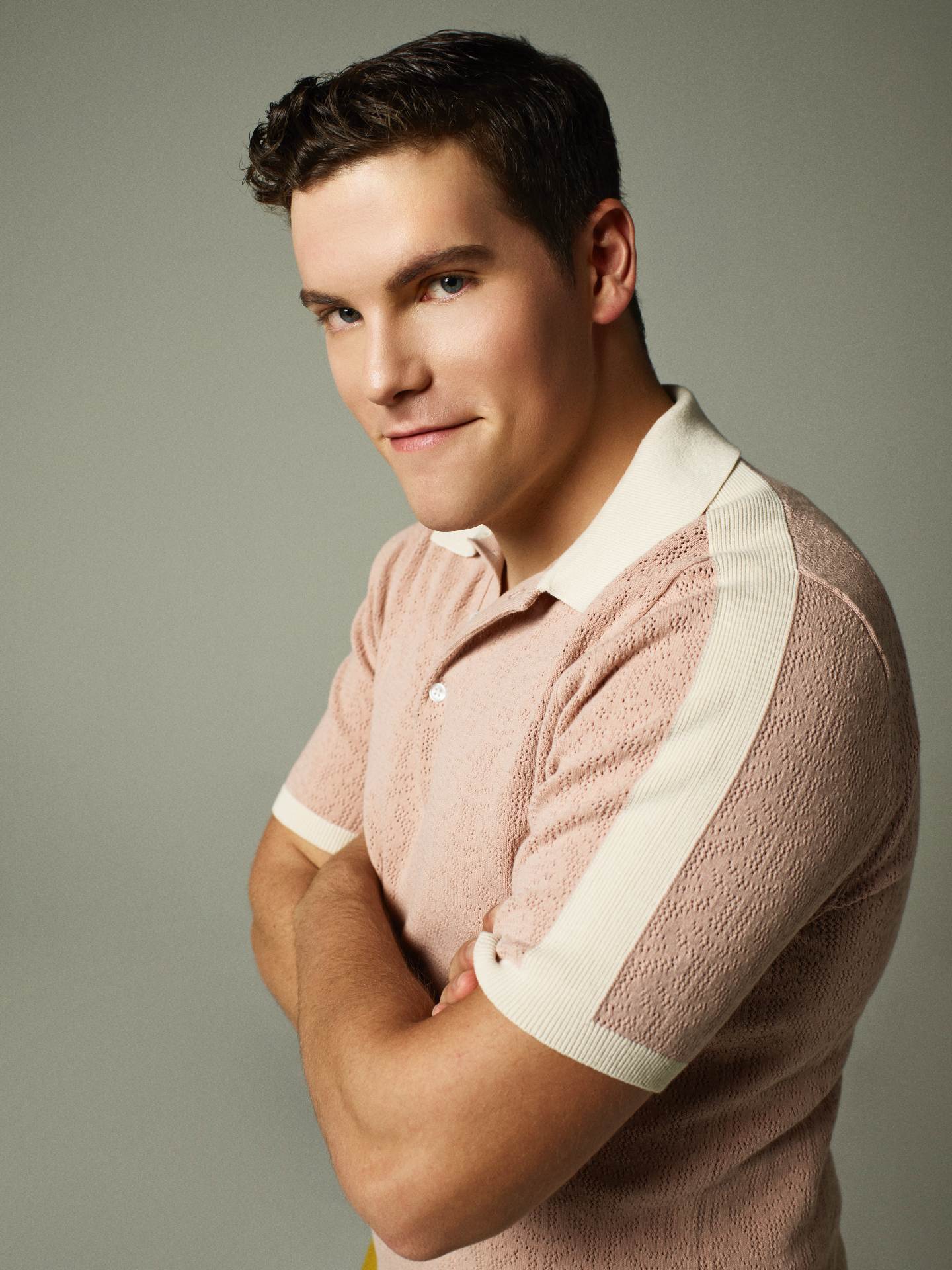 Growing up, I actually was pretty set on being a professional basketball player. I wore NBA sweatbands every day to school, was obsessed with the Lakers, and even had my bar mitzvah theme centered around basketball.

It wasn’t until the 8th grade when I decided to officially make the jump from the court to the screen/stage. This was around the time when I won best actor on “Shakespeare Day” at school and also realized my chances of being over 6 foot were slim to none.

You obtained a B.A. from USC’s acting program. What was the most useful tip you learned during your time in the program?

It’s cliché, but “you get out what you put in.”

SO many and it’s constantly growing. Sterling K. Brown and Steve Carell are royalty in my eyes. Their work is so specific and captivating that I would literally pay money to watch them read a dinner menu.

You have starred in the acclaimed crime shorts Uninvited and Charlie Hughes. Do you have specific routines to help you get into character?

A lot of it is remembering that every character, just like every person, is the “protagonist” of their own story and approaching the work through that lens. I also always meditate and do vocal/body warm ups, which my previous roommates have had the “pleasure” of witnessing.

Does your acting process change depending on the genre of film you’re doing?

The process is similar, but the choices certainly vary depending on the genre, relationships, and given circumstances of the project (shoutout LK). 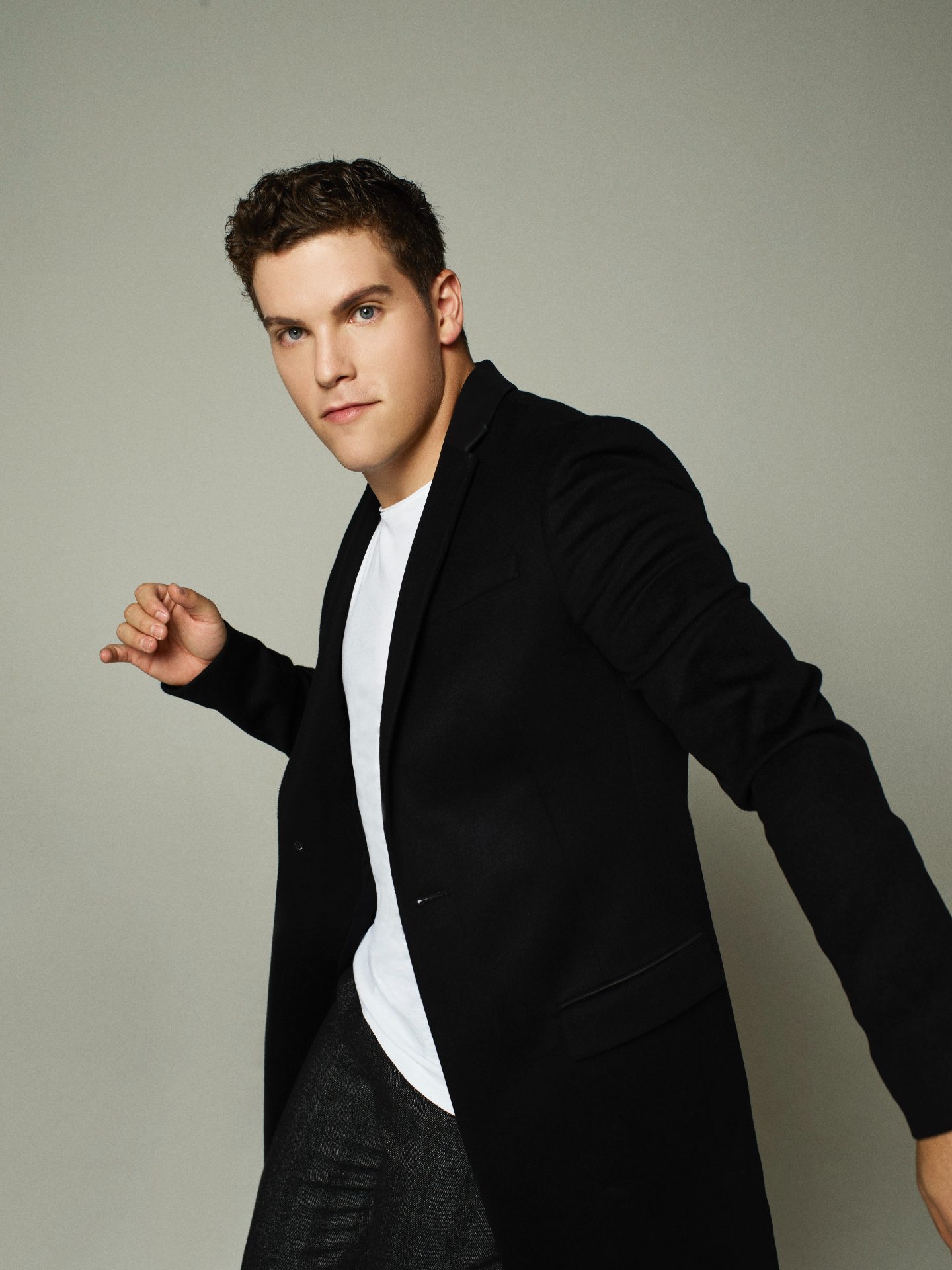 I have been very fortunate to have worked with a plethora of spectacular mentors and each of them have taught me something different. I believe the best way to go about finding mentors is to figure out what one’s values are and use those as a compass and magnet.

You were recently cast in the Disney series Bunk’d. How did you feel getting cast in such a notable show? Was the audition process more rigorous than normal?

What part of acting do you still geek out about the most?

Anytime I’m on set. It’s my heaven on earth.

You’ve written, produced, and acted in YouTube sketches like Leaked: Iphone 9 Commercial and Lip-Sync Break-Up. How does the YouTube format differ from making a short film or a television show?

In many ways, the format isn’t that different, but the amount of creative control I have if I’m acting in a project that I’m also writing and/or producing is much higher.

Besides acting, what is your favorite part of the filmmaking process?

The awesome people I get to meet and work with along the way. 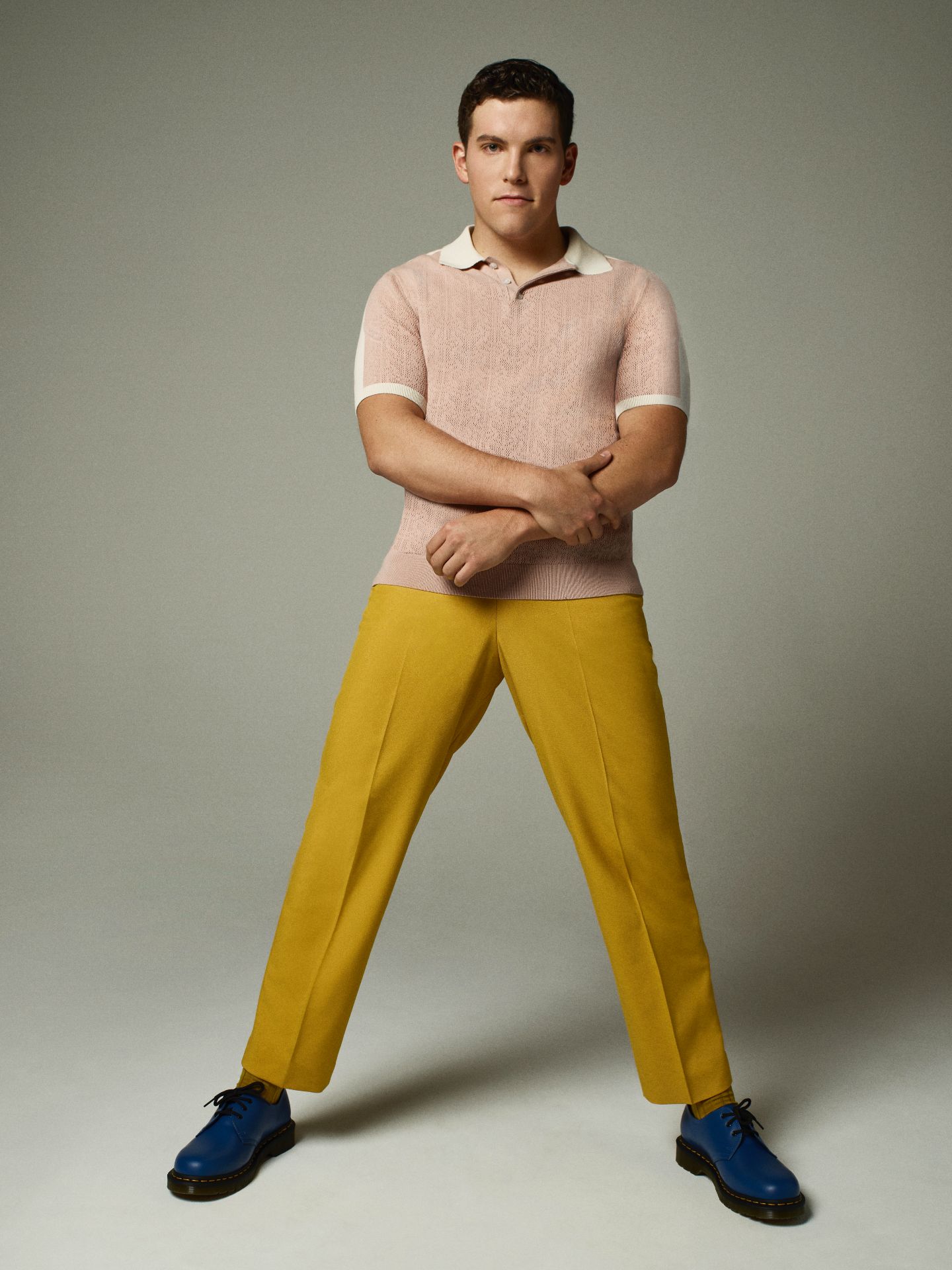 You’re currently in advanced classes at the legendary Groundlings school. How has the improvisational troupe added to your acting repertoire?

Classes at The Groundlings have been challenging, but also sooooooo much fun. It’s given me the opportunity to reconnect with my inner-child and meet incredibly talented people along the way. The art of improv is an invaluable tool for any performer, or person for that matter, because its foundation is in listening & being present.

Would you recommend acting communities to other actors?

Definitely. I don’t believe it’s helpful to adopt the mindset of “you versus every other actor,” so I think it’s super important to connect with other artists and celebrate their successes.

You volunteer as a “big brother” for Jewish Big Brothers Big Sisters in Los Angeles (JBBBSLA). How important is it to use your platform to mentor the younger generations?

First off, my involvement with JBBBSLA has been nothing short of amazing and I highly recommend it to anyone. Secondly, I believe it is important for everyone to use their platforms, no matter the scope of the said platform, to mentor the younger generations.

Not with the mindset of “I know more than you, so you should listen to everything I say,” but rather “we’re both humans and I’m here to hopefully co-create a safe space with you where you feel seen and heard.”

You’re currently in production on your feature film debut. Can you tell us about the role and how it differs from what you’ve done before?

Unfortunately, I cannot tell you anything about the role or the project. What I can tell you is that I’ve had an incredible time filming and I’m getting to work with some seriously gifted artists both in front of and behind the camera.

Not trying avocados until I was in high school. 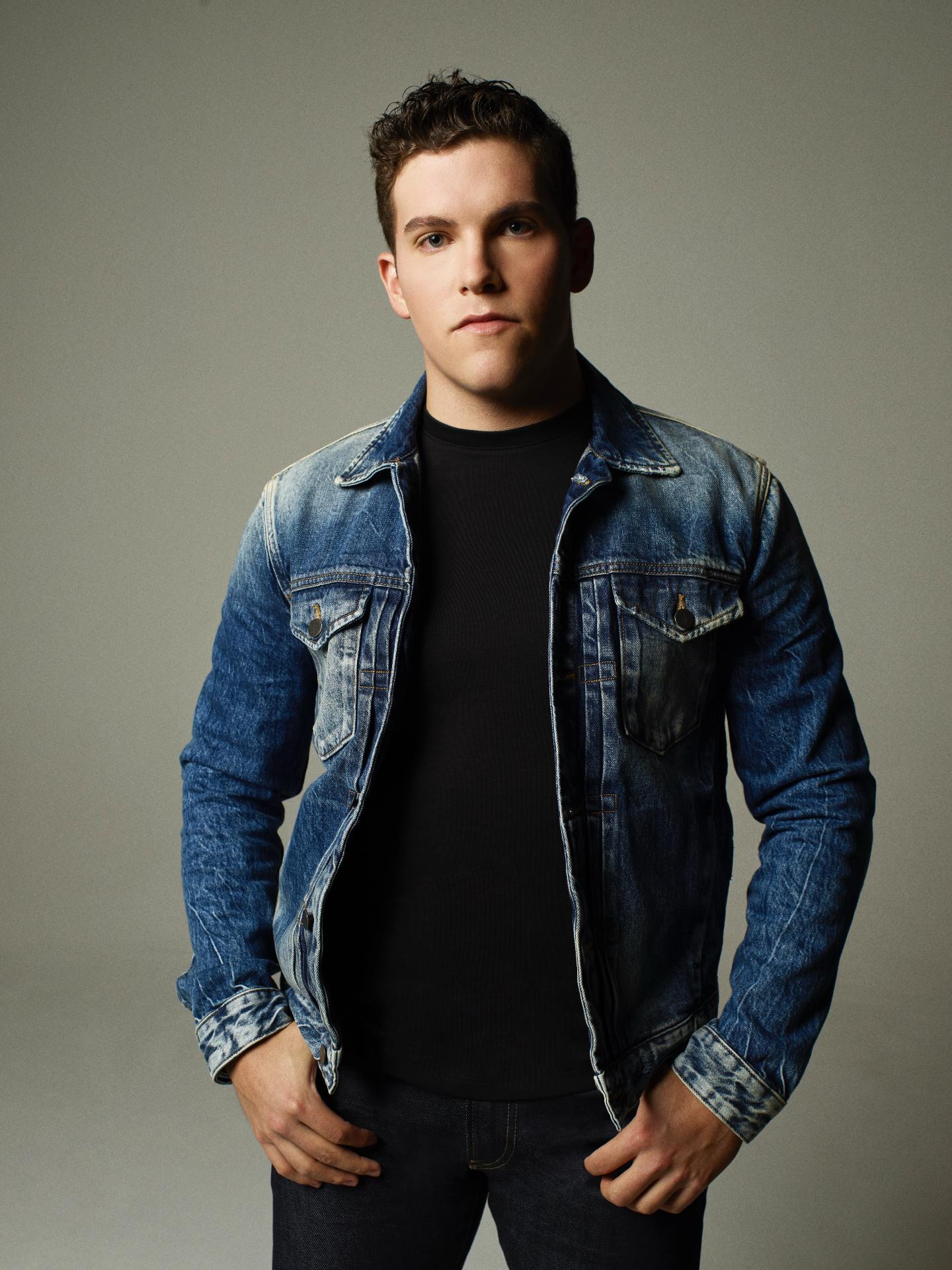 What about your biggest success?

That I’m still pursuing my dreams.

What’s your mission as an actor? Name the most important thing you want viewers to experience when watching you onscreen.

My hope is that I’m either making people laugh and/or offering them permission to feel.

Unfortunately, I cannot, but there are definitely some exciting things on the horizon that I can’t wait to be able to share with everyone.

Never forget that you chose to do this because you love it.

Finally, what is your favorite movie performance of all time?