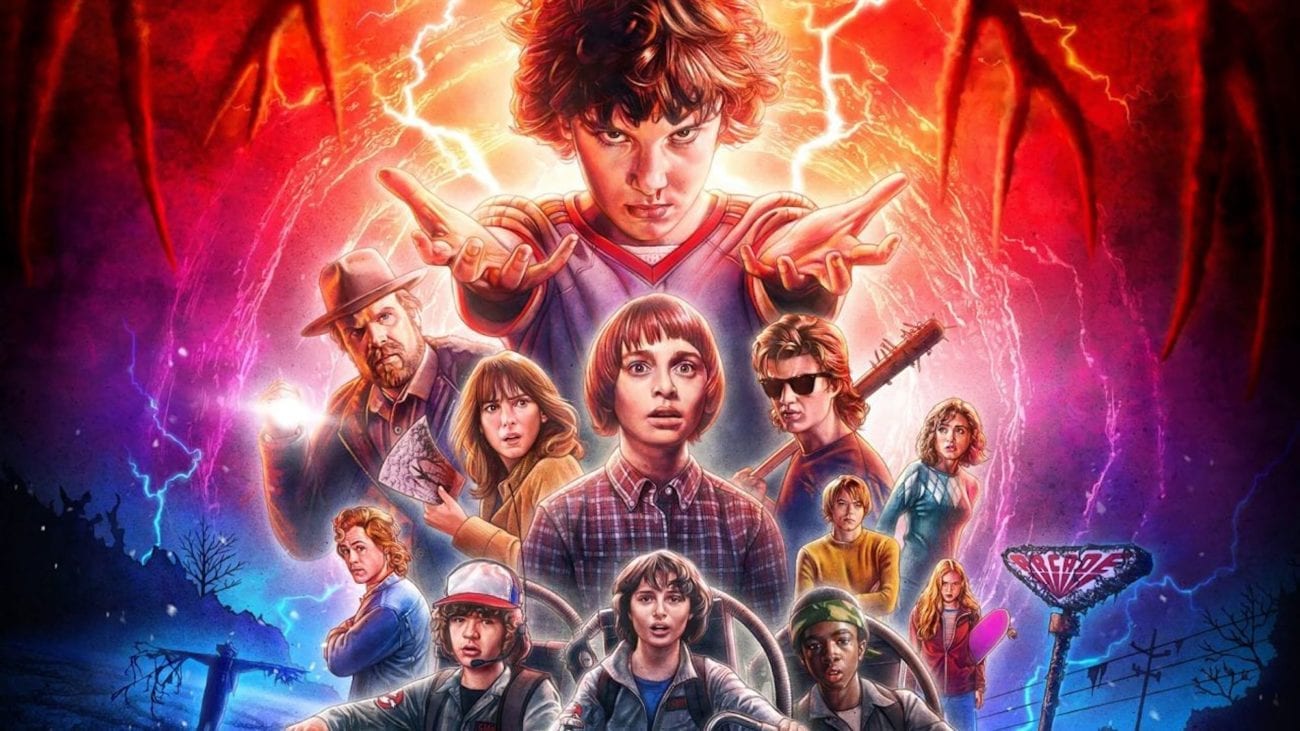 ‘Stranger Things’ S2: All the reasons why it’s bigger, better, and ballsier than S1

Alongside shows like House of Cards and Orange is the New Black, Stranger Things is one of Netflix’s MVPs, and for good reason – the show is a fun, creepy, gripping 80s nostalgia shot with a pitch-perfect cast and the Duffer Brothers at the helm.

As much a monster-fuelled Stephen King-esque headscratcher as it is a coming-of-age tale of friendship and family, Stranger Things walks a balanced line, avoiding gratuitous nostalgic references and instead honoring the sci-fi horror genres of the era.

Although it’s proved a sleeper hit, it’s hard to remember a time when Stranger Things was anything but a household name. It didn’t take long for the show’s popularity to spread, mostly because the first season were eight hours of genuinely entertaining television.

For those of you who haven’t had the Stranger Things experience, the show is set in 1983 Indiana, where a young boy (Noah Schnapp) vanishes into thin air. As his friends (Finn Wolfhard, Caleb McLaughlin, and Gaten Matarazzo), family (Winona Ryder), and local police search for answers, they are drawn into an extraordinary mystery involving top-secret government experiments, terrifying supernatural forces, and one very unique girl named Eleven (Millie Bobby Brown).

With word of mouth and some cleverly mapped out Netflix algorithms, the show quickly climbed the ranks to become one of the most popular TV hits in the US. With such widespread acclaim, there was always going to be apprehension when season two dropped on Netflix last year.

However, the continuation of the characters’ journeys and the introduction of some new Big Bads proved a success and while some argue it’s not a patch on the first season, we’re of the view there are a number of reasons that prove the Duffer Brothers upped their game the second time around and tightened up a few loose ends while they were at it.

As such, here are all the reasons we think Stranger Things S2 was better than the first.

Its nostalgic throwbacks are more balanced

Season one was great – we’re not denying that at all – and its nostalgic references made it accessible to a world of fans. However, there’s a difference between taking a reflection of the past and twisting it with modern coils and simply replaying that which came before it, and unfortunately sometimes season one fell into the latter camp.

For example, there was the Eleven as E.T. reference, the Demogorgon’s facehugger that was reminiscent of Alien, and Will trying to escape the Upside Down by coming through the walls, echoing such films as Poltergeist and A Nightmare on Elm Street.

Then of course there’s the image of the boys on their bikes, evoking the flying bike moment in E.T. (that film comes up a lot). 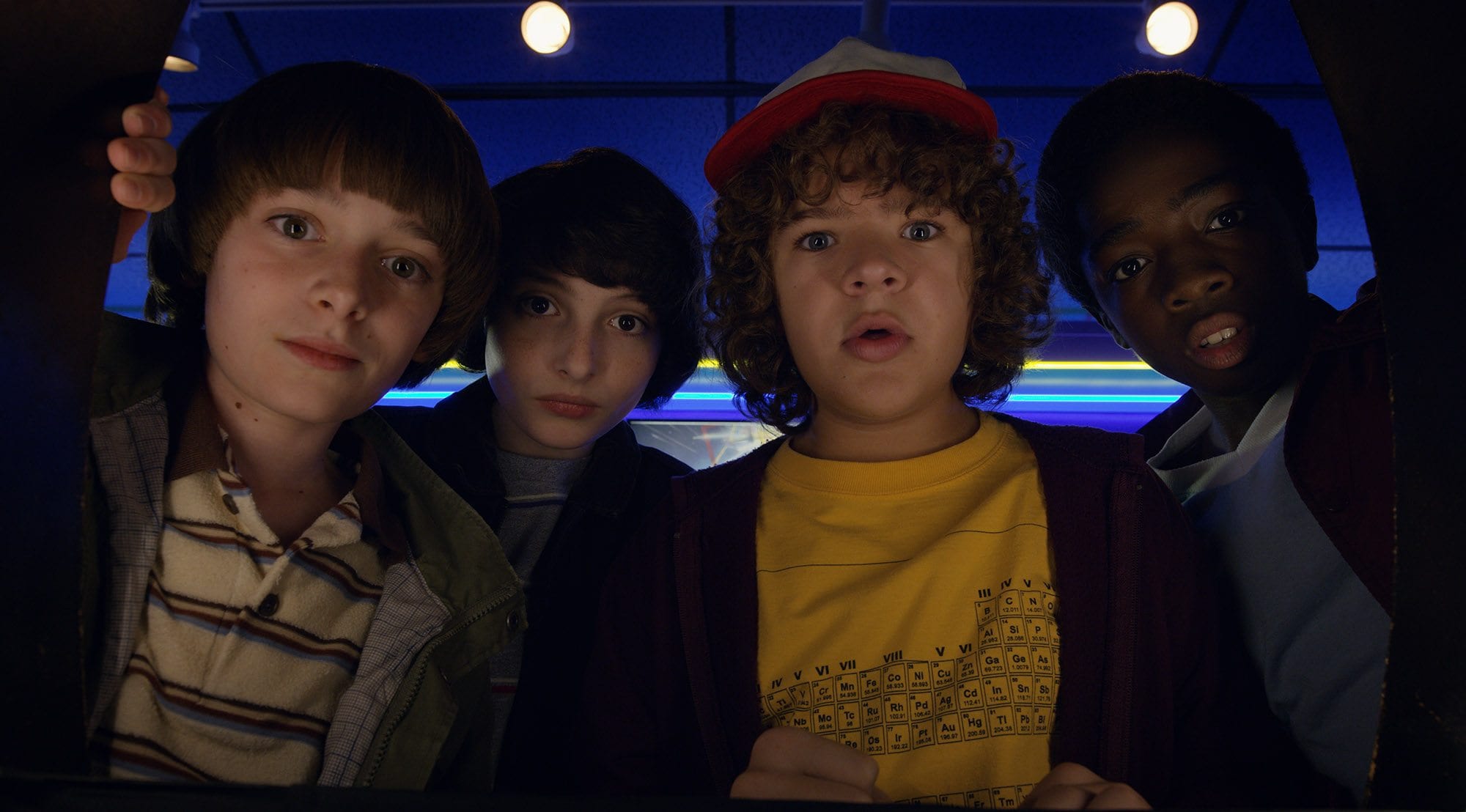 Created by the Duffer brothers, ‘Stranger Things’ is a love letter to the ’80s classics that captivated a generation.

“The whole run was full of relatable characters and a believable world, yet often when trying to pay things off we just got a redo of something we saw decades ago,” noted Screen Rant. And while this didn’t push the show into trash heap territory, it was certainly a trope the Duffer Brothers improved upon in S2.

That’s not to say there weren’t many pop culture references from the 80s era that made their way into the episodes – for example, the Halloween night costumes consisting of Ghostbusters and slasher killers, the casting of Sean Astin and Paul Reiser, and a Goonies throwback as Steve takes the kids through the tunnels.

However, these moments felt more genuine and considered. “Even when the Demodogs go all Aliens on the Hawkins facility, it feels like Demodogs and Hawkins, not xenomorphs and Hadley’s Hope,” noted Screen Rant. “In the words of last year’s other horror-themed breakout star, season 2 is ‘its own thing.’”

The characters were given more time to develop

The development of the character and story arcs had matured somewhat by season two. While there were of course some noteworthy moments in the middle episodes of S1, such as Joyce (Ryder) desperately trying to get through to her son via some old Christmas lights, there were other scenes that felt like filler in order to progress the story.

Season two didn’t suffer so much with this, thanks in part to the Duffer Brothers’ confidence in the show’s characters. “Since series creators the Duffer brothers know what an incredible ensemble cast they have . . . they feel more comfortable splitting up the characters and filling episodes with multiple storylines,” noted Vox. “The cross-cutting between the stories can sometimes feel a little arbitrary, but it’s still exciting when 15 different things are happening at once and all of them are bad.”

Giving the characters more developed and weighty arcs paved the way for the study of a number of complex relationships. For example, an entire episode is given to Steve and Dustine, as the former becomes somewhat of a protector of the young protagonists and the pair form a sort of double act.

Steve’s character changed a lot since the first season, and in S2 we witnessed him losing some of his jerkish bravado as his insecurities over his relationship with Nancy come into play. As Slash Film put it, “He’s no longer defined as just the pigheaded pretty boy, but rather the big brother we all wish we had.”

Meanwhile, Joyce went from her state of manic despair to taking control of the situation, transforming into the parental figure we all wanted to root for. And of course there’s our star of the show: Bobby Brown’s incredible turn as Eleven. As mentioned, the first season saw her as our E.T. figure, but in season two she undergoes a transformation and, like Joyce, takes control of her situation.

Following her escape from the Upside Down and her meeting with Hopper (David Harbour), “she then forms into a different kind of girl, one that is very much in line with the image of Hopper’s late daughter, Rachel,” added Slash Film. We see her journey to becoming her true self, and it’s with added focus and a standalone episode that her ransformation unfolds in a truly wild and compelling way.

The Big Bad was Bigger and Badder (worse, we know)

We’re gonna go right ahead and say it – the Demogorgon has nothing on the Shadow Monster. Named after a monster on Dungeons & Dragons, Demogorgon had its place in S1 and was a force to be reckoned with, sure. But the shadowy, insidious creature Will witnesses when he flashbacks to the Upside Down in season two is far more ominous and also intelligent than the Big Bad of season one.

“Note the Exorcist-style takeover of Will, coupled with the scenes where he loses complete control over his actions,” outlined Slash Film. “This is so much more than just a simple, one-track-minded monster. And though Joyce, Jonathan, and Nancy were able to force the creature out of Will’s body, this is a pest that isn’t going to go away so easily.” What’s more, the identity of the main villain was a little murkier in season two, making the forthcoming third instalment open to new menacing dangers for our protagonists to battle.

Let it be known that while there are numerous reasons we thought S2 was better than the first, there are a number of reasons to argue on the contrary – for example, that season two didn’t quite capture the surprise magic of the first, or that the spark Eleven gave the group of boys was lacking.

Whatever your take on the matter is, there’s no denying both seasons of Stranger Things came with their own set of strong points, showing that this show is not a one-trick pony, giving us high hopes for the forthcoming season three.