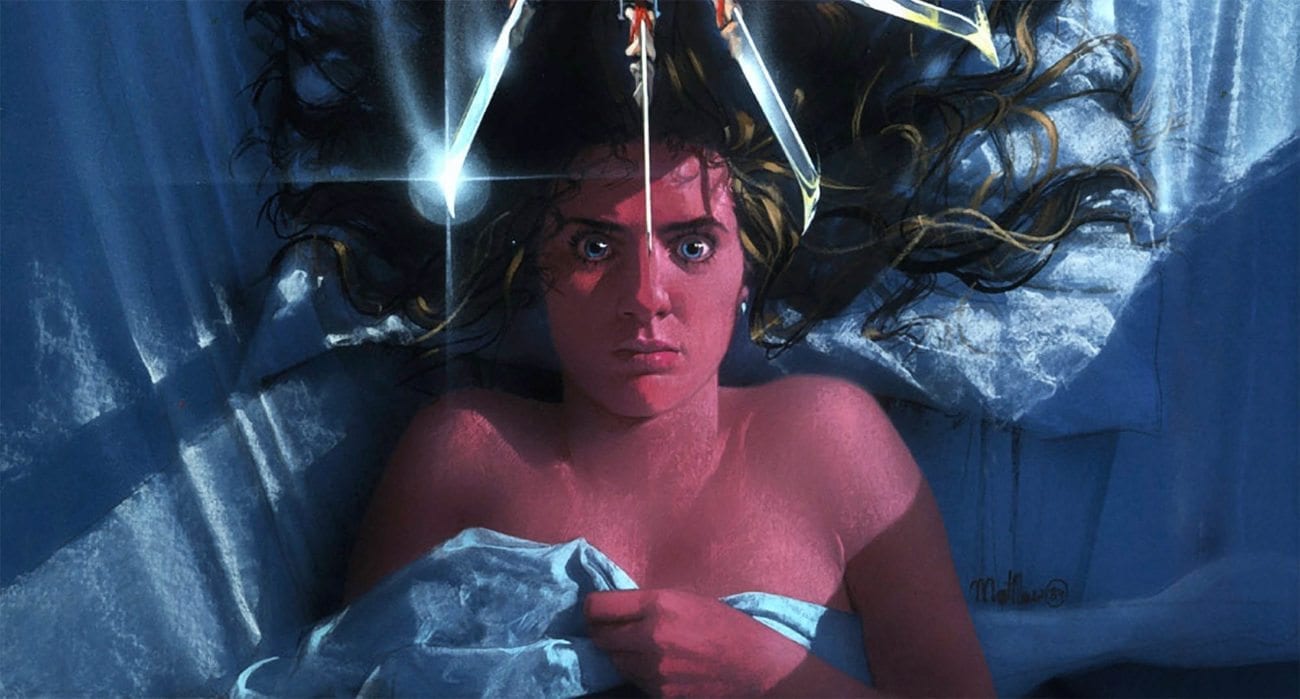 The most ridiculous ‘A Nightmare on Elm Street’ kills, ranked

While the movies all differ in quality (and definitely lost their way towards the end), they still all make for an entertaining watch, even if it’s just to laugh at the failures of creativity involved in some of the murders of the later movies. In celebration of the batshit, ridiculous murders in the A Nightmare on Elm Street franchise, here’s our ranking of the twelve most ludicrous scenes.

12. Tina gets dragged across the ceiling: A Nightmare on Elm Street

Filmed on a rotating set, the special effects in this murder scene are still a spectacle worth marveling at. But the kill also looks tame by comparison to the absurdity of later efforts in the franchise. Still, at least the first A Nightmare on Elm Street has remained one of the scariest movies ever made. Probably because it isn’t stuffed full of naff one-liners and stupid deaths.

This movie came out the same year as A-Ha released their very similar music video for “Take on Me”. Coincidence? We think not.

Firstly, dream Taryn (Jennifer Rubin) is badass as hell and we wish we could hang with her. Secondly, this murder involves Freddy (Robert Englund) sprouting syringes for fingers, quipping “let’s get high”, and shoving them into a series of track marks that pucker like tiny sphincters. It’s iconic, but is it the best? No way.

9. Glen sucked into the bed: A Nightmare on Elm Street

8. Joey has a hideous “wet dream”: A Nightmare on Elm Street 4: The Dream Master

7. Master of puppets: A Nightmare on Elm Street 3: Dream Warriors

In one of the most painful looking kills of the entire franchise, Philip is first torn to shreds and is then walked to and off the roof with Freddy using the kid’s tender strips of flesh like puppet strings.

6. Sheila has her face sucked in class: A Nightmare on Elm Street 4: The Dream Master

First Sheila (Toy Newkirk) has her face grappled with by some sort of cyborg version of Freddy’s arm that punches up through her desk for no apparent reason and then Freddy decides to turn up to class and give the kids some brutal schooling. Apparently that involves wagging his tongue at her like a sex pest before wrapping his mouth around hers and sucking the life out of her as though she were a grape being dried into a raisin.

Who knew that a wizard would be no match for a dream-invading sexual predator with blades for fingers? Oh right – everyone. There’s plenty of Dungeons & Dragons fun to be had and the sequence is a fantastical joy, but the eventual death is a little lacklustre since Freddy just stabs the poor kid and that’s it. Isn’t there a magical elixir for that kind of shit?

This kill definitely gets points for ingenuity, with Freddy turning Carlos’s hearing aid up to such sensitivity that his head explodes. There’s plenty of blackboard scratching and Freddy mugging for the camera, which is all anyone really needs at this stage in the franchise.

3. Dan becomes a motorcycle: A Nightmare on Elm Street 5: The Dream Child

Packed full of groanworthy one liners (Freddy proclaiming he has “the need for speed” and shouting “Fuel injection!” before literally injecting Dan’s face with fuel), this kill is peak Nightmare on Elm Street lunacy. Full of bizarre body horror in which a teenager becomes part-kid and part-bike, it’s an absolute laugh a minute.

2. A cockroach workout: A Nightmare on Elm Street 4: The Dream Master

Debbie (Brooke Theiss) has a really unpleasant encounter at the gym when Freddy snaps her arms off with the weight of a dumbell, turns her into a giant cockroach, and places her in a cockroach hotel where she gets eaten alive by other cockroaches. Or something? We’re not sure. The whole thing is a mess and makes absolutely no sense, but bless them for trying.

1. Jennifer is welcomed to primetime: A Nightmare on Elm Street 3: Dream Warriors

Ludicrous on just about every conceivable level, Freddy squeezes his head out of the top of a television set (as though he’s a fresh pimple emerging on a face) before yelling “Welcome to primetime, bitch!” and shoving Jennifer’s head through the set. This was definitely the beginning of the end for turning Freddy from a terrifying movie monster to a one-liner-spewing, lovable goofball. 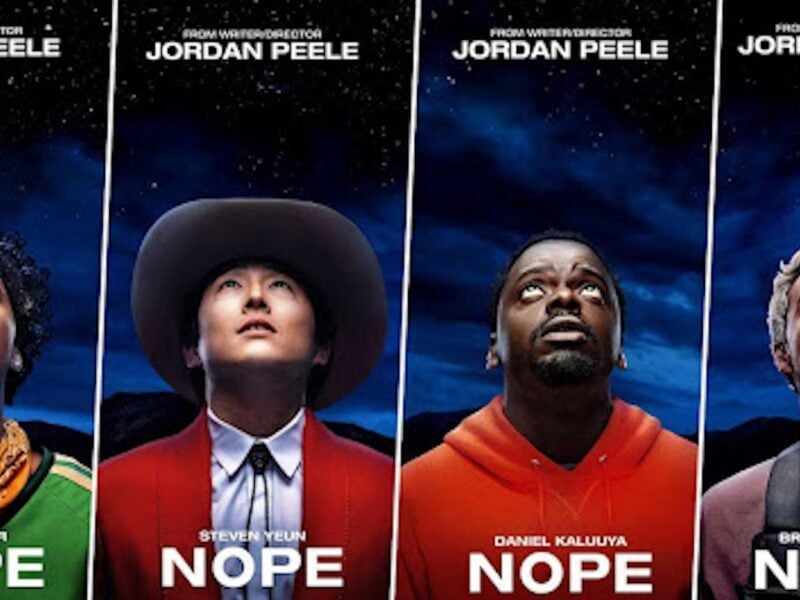