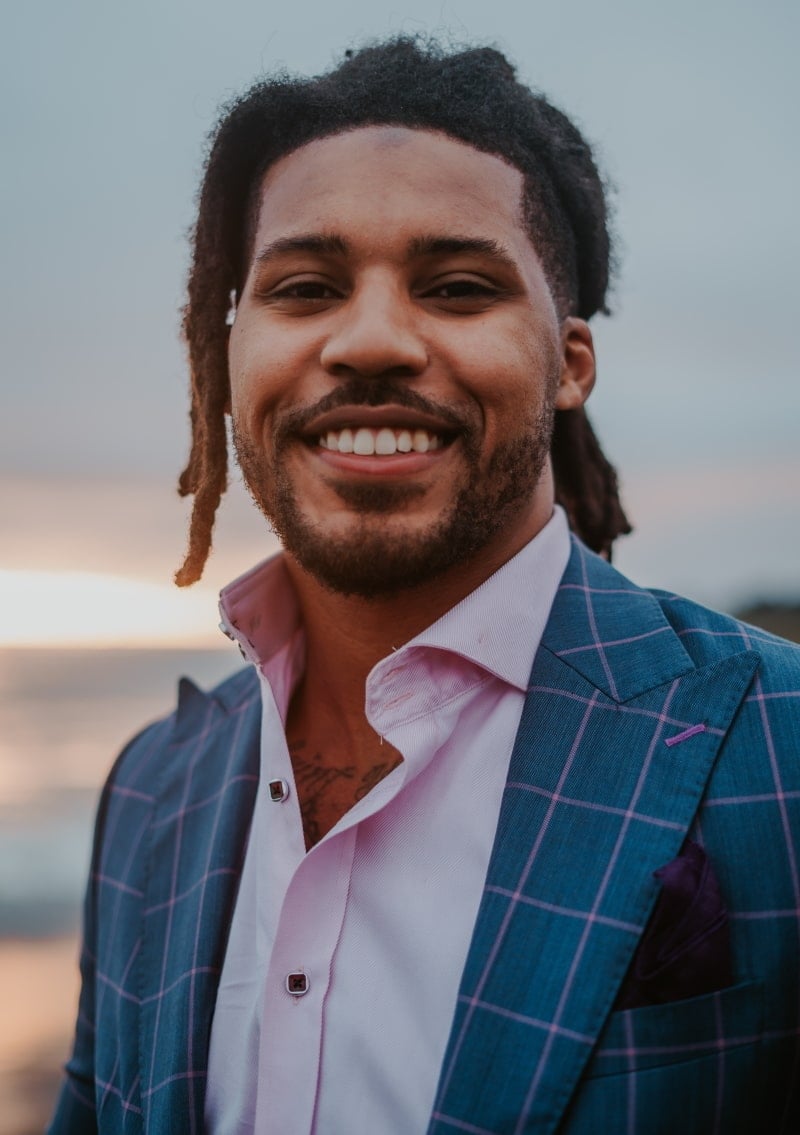 If you’re good at playing one game, will you be good at another? Former NBA player Jarnell Stokes is betting on it and has already racked up some major points in the Hollywood game.

Since officially stepping into the entertainment arena late last year, the 2-time Olympic Gold medalist has been tied to several prominent deals. First, he launched Stoked Film Group, a production house focusing on genre projects in the $3-5 million range. Their initial slate of films, all directed by partner K. Asher Levin, includes Dig starring Emile Hirsch, Slayers led by Abigail Breslin, Thomas Jane and Malin Akerman, and Helen’s Dead with Emile Hirsch, Annabelle Dexter-Jones, and Tyrese Gibson. Then, Jarnell followed that up by stepping in as Executive Producer on several other projects, including the feature documentary How To Build A Truth Engine, the family movie Skelly starring Brian Cox, and the biopic BB King: The King of Blues.

The next play for Jarnell is to create his own original projects. To do this, he is teaming with Jay Fukuto, former Simpson’s Exec Producer, to adapt his Wings to Fly children’s book into an animated film, which was recently picked up by Mascot Books for release into major retailers. Jarnell is developing two drama series revolving around sports, music and street culture in his hometown of Memphis, Tennessee.

To gain some insight about his projects and the motivation behind them, we caught-up with Jarnell Stokes for an interview: 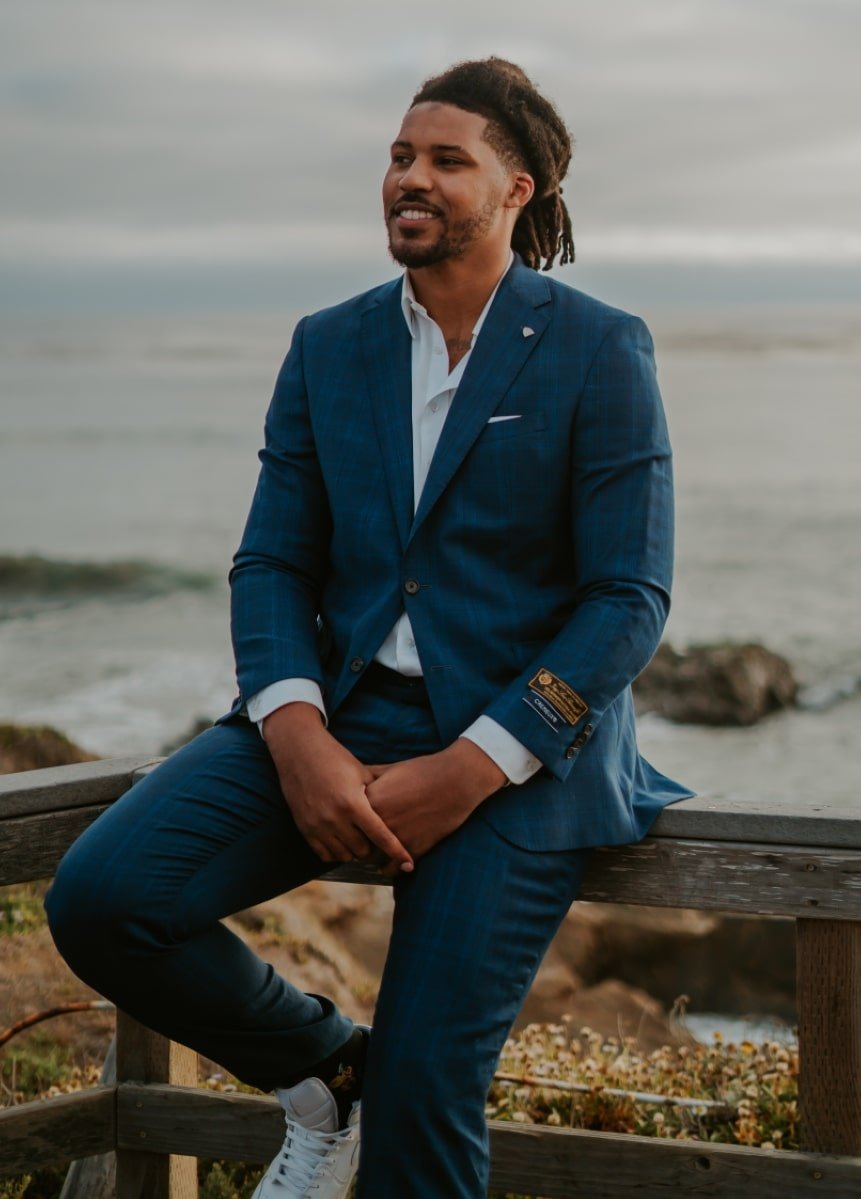 Why did you want to get into the entertainment game?

I’m genuinely interested in telling the untold stories of local hometown heroes, while also spreading positivity and joy. I come from very humble beginnings, growing up in Whitehaven and Orange Mound, Memphis. As a kid, I always had a ton of authentic thoughts and opinions about what was happening around me, but I could never fully express that amongst my peers.

As I gained attention on the basketball court, I was given more opportunities to get involved with various causes as a social activist for peace and truths. Through this, I’ve been able to help achieve what I perceive to be real change, both in my hometown and around the country. Now, by getting into the entertainment industry, I’m taking this a step further because I can share stories, viewpoints, and ideas in a larger way with a bigger impact on our society.

You’ve competed on such a high level as an athlete, are you approaching the entertainment industry with that same competitive spirit?

As a former NBA player and 2-time Olympic Gold Medalist, I’ve competed on a high level as an athlete. But I sometimes allowed myself to be boxed in, putting a limit on my potential. Early on, I listened too much to other people’s limiting beliefs. One of my biggest mistakes was that I should have taken more jump shots. It isn’t until I work at it and fully believe in my own abilities that I will become a better shooter and that’s when the magic happens. You have to walk the talk and trust yourself.

Being in Hollywood, I think it’s important to stay true to yourself but also be versatile and open minded to new things. Sometimes you have to roll your sleeves up and do something that is beyond your initial intentions. I came into the industry with the idea of creating a TV show, but I quickly moved beyond that. Now, I’m into sharing and producing other people’s work, helping to give them a voice which also offers me even more of an opportunity to succeed.

This also gives a new respect for all the visionaries and creatives breaking through whatever circumstances that they must on their journey. With that being said, I promise to keep it honest and pursue it with the same competitive edge that led me to becoming a successful athlete.

What types of stories are you interested most in telling?

I’m very interested in telling stories that have the potential to bring change and free minds in entertaining ways. I want to shed light on topics that might not be widely known, but will help to educate audiences about social injustices. I want to help the next generation move past some of these circumstances.

I’m starting with two stories about love and the cost that comes with that. They are television dramas that showcase the ruthless intersection of sports, music and street culture.

The first is a coming-of-age series called Break the Cycle. It follows the struggles of twin 16-year-old orphan brothers as they each seek a piece of the American dream. While one soars to new heights on the high school basketball court, the other trials and tribulations as an aspiring rapper. Together, they must fight for their family’s survival on the brutal, segregated and soon-to-be gentrified streets of Whitehaven Heights.

The second is Rocky Top, a psychological drama-thriller about a sports program that thrives on creating superstar athletes, while hidden below lies a great passion amongst an improbable group of local heroes and a deep societal trauma that plagued the city. When the school’s newest recruit joins the team, full of promise and hope for a better life, they set him up on a regimen to dominate on the court. But, as waves of anxiety and hallucinations surface and the prominent city, the rising star must decide if his career is worth the price of his sanity and possibly his life. 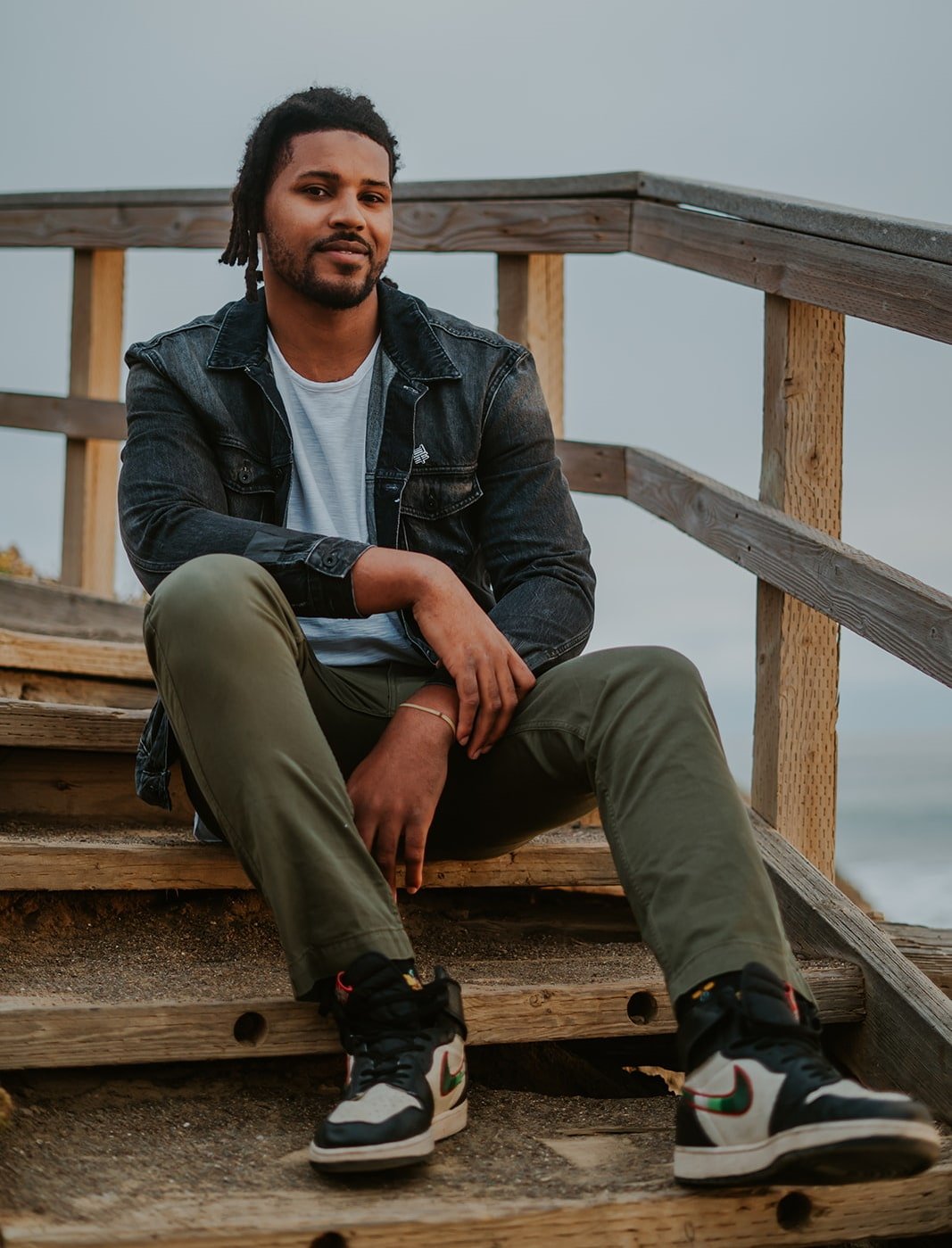 Do you think your basketball experience is an asset for your entertainment involvement?

Definitely an asset. What I learned from basketball is that if you put in the hard work in the dark, you can become anything. Early on, I listened to coaches as they told me I wasn’t a good player and that I wasn’t expected to score the ball, just rebound it. Once I started honing the offensive skills more and did me, my chances for winning elevated exponentially.

Now, being in Hollywood, I’ve discovered the same lesson. Not only is it important to excel in your lane, but it’s also smart to hone in on other skills, things that go beyond your initial intentions. I’m doing that by writing, creating, producing and a lot more that I never would have anticipated. I have to congratulate myself more because my classmates can tell you better than me, I was not the brightest growing up. It took a ton of hard work.

Why do you think sports and entertainment intersect?

I’m still trying to figure this part out myself. Truthfully, I just started writing to get away. But, now that I’ve gone from athlete to activist to Hollywood, I think they all intersect because they’re the inevitable talks amongst our culture today. Each of these areas brings with it the power to influence and effect change in the minds, souls and spirits of people.

How has your upbringing impacted your work?

I was born and grew up in Orange Mound, a neighborhood in southeast Memphis, Tennessee. It has a deep history as the country’s oldest African-American neighborhood to be built by and for African Americans in history post slavery and today it’s slowly becoming the new Harlem. Stories that highlight the struggle and resilience of this community and its people have been something I’ve wanted to share for a long time.

Specifically with my current project Break the Cycle, I was to showcase the power that athletes and rappers have as the community comes together to fight for something that is bigger than they are as individuals. This show chronicles a destructive path I found myself living as a young kid in Memphis. Luckily my strict upbringing and dedication to basketball helped me escape the streets. I want to showcase this in entertaining ways while giving hope to other young people who might be in a similar situation today.

I’m also currently developing some entertainment projects with the Hip Hop Caucus, which I originally joined as a grassroot ambassador to fight Big Oil and save my hometown’s water supply from becoming another Flint situation. These are the types of injustices that I want to not only help end, but also gain public awareness for on a wider scale by telling these stories to ensure they don’t go unnoticed. Sometimes it’s stories only you can tell.

So, hell yea, my hometown is continuing to have a major impact on all aspects of my careers. 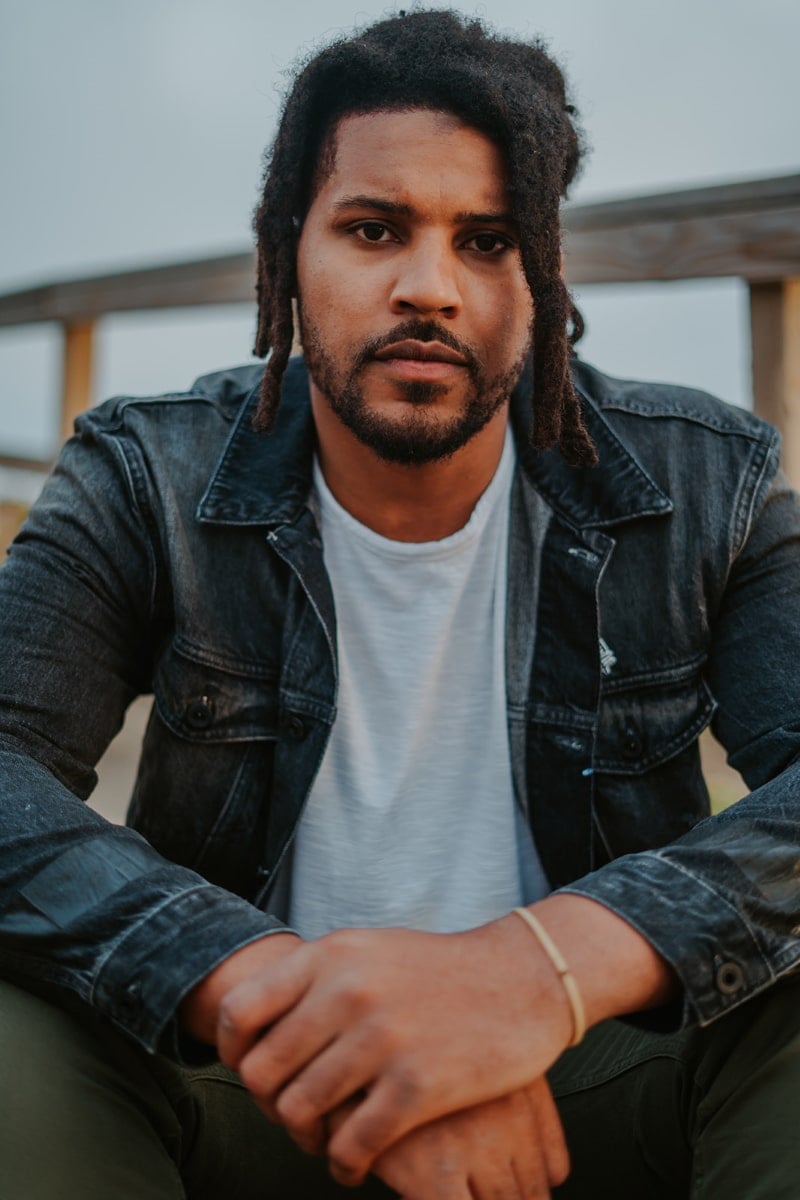 What’s been the biggest challenge you’ve faced so far, and how did you overcome it?

Understanding the true meaning of patience. There have been numerous times when you want success right away, but the process can seem long, overwhelming, and force you into uncomfortable situations. I think it’s important to have balance when setting far reaching goals. Basketball took 15 years for me to reach the NBA and collect my first check. I started writing my TV show years ago and now they’re finally coming together. So, you have to learn to be patient, do the work, hone your vision and it will come into the light eventually.

The key to perseverance is knowing yourself and figuring out your own mind and what makes you wake up every day…everything else follows.

Tell us one good habit you practice and one bad habit you want to forget.

Studying and writing right before and after I wake up. I often dream about my work which allows me to create even in my sleep.

Sometimes I let people piss me off about things I’m passionate about – when I shouldn’t. It’s one of those bad traits of being smart. People think I know it all sometimes when I’m not trying to be. But, I work at pursuing peace and kindness more than ever before and I want it to stay that way. 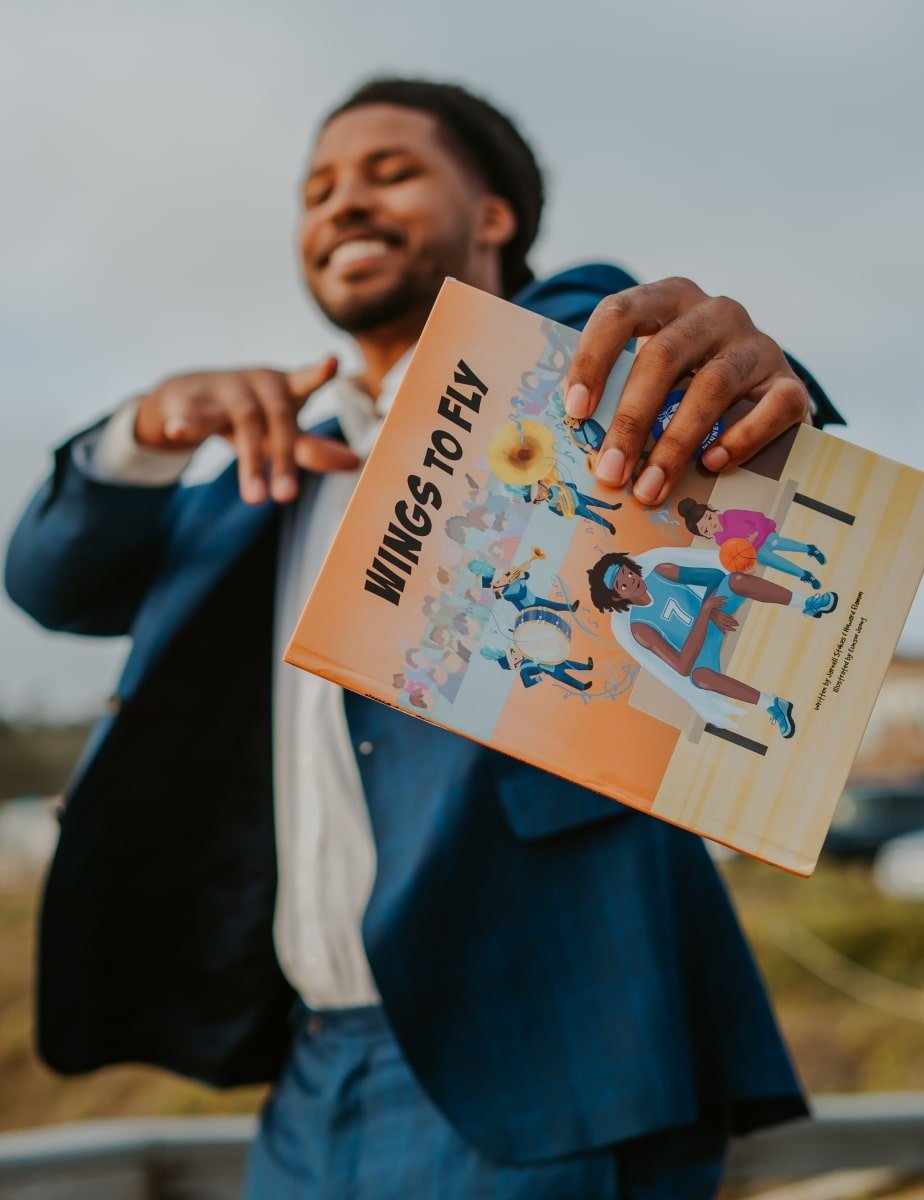 What inspires you most in your life and career?

Seeing God’s creations, nature or just looking at the world around me. It all teaches me how little my worry is and how powerful God can be compared to all the stresses we let bring us down. I turn to nature a lot for that type of inspiration.

Where do you want to be in five years?

God willing, I will run for public office one day. Not that I put all my faith in politics, but it does seem practical when taking truth to power. Politics isn’t the only answer, but it’s a conversation starter and thought provoker. There’s definitely a balance needed to create true change. 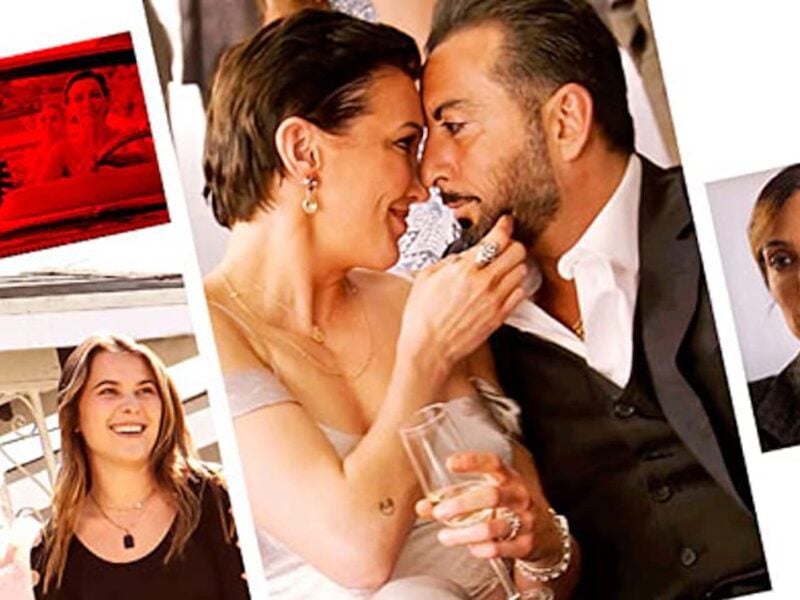