If you’re a fan of the director, you likely already know about Edgar Wright’s mighty love of music. Hell, it was practically a character of its own in Baby Driver. So it makes at least some sense that the director has announced his next film will be a documentary about cult pop-rock band Sparks.

The filmmaker told IndieWire, “I already shot their London concert in late May. The rest of it is (to be determined) and we’re currently scouring the archives. I have been a fan of them since I saw them on Top Of The Pops in 1979.” 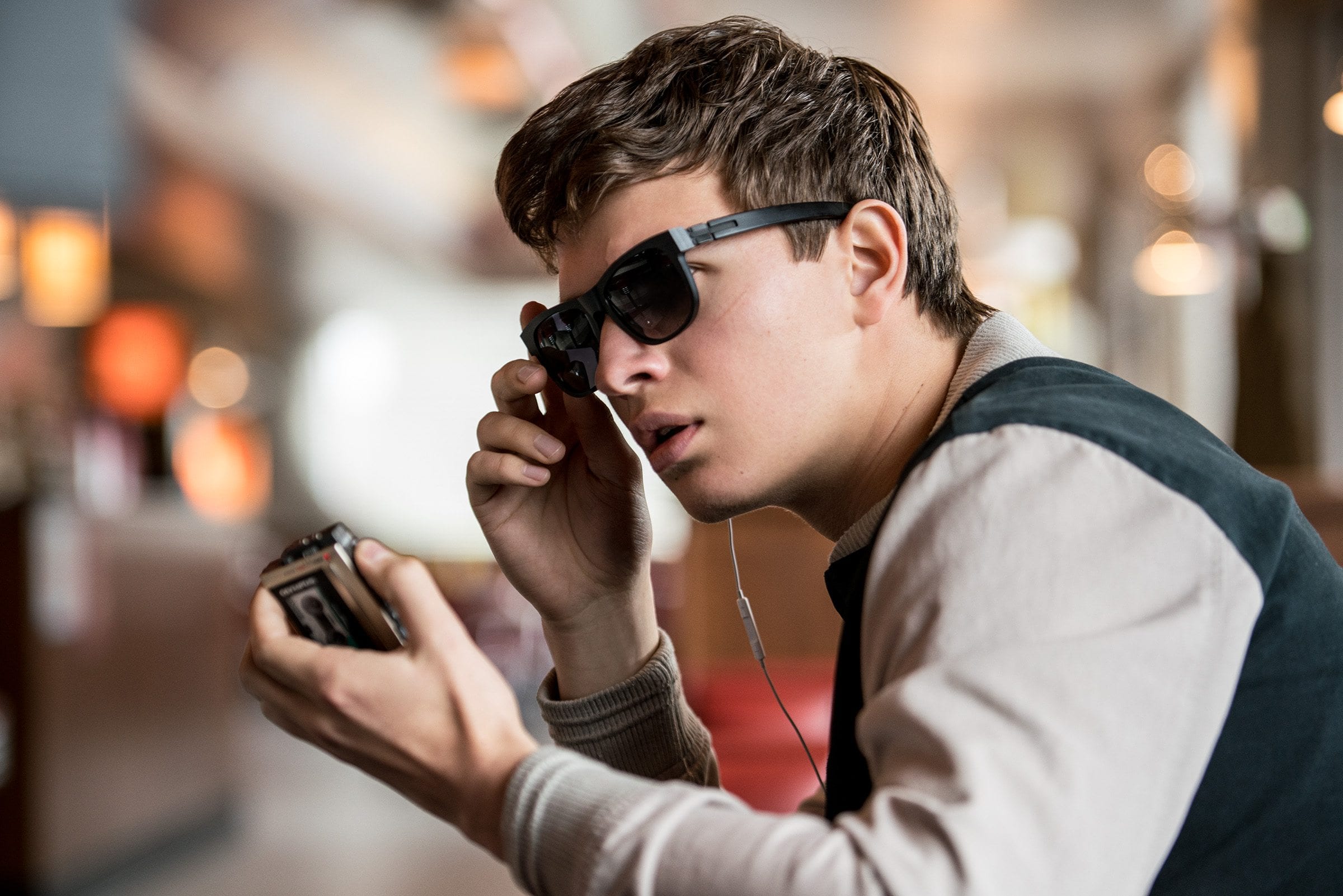 While the film certainly makes sense for Wright’s blatant audiophilia, it’s still an unexpected move from the director and certainly a strange one. Most fans were probably hoping for another Simon Pegg and Nick Frost starring vehicle to turn the Cornetto Trilogy into a franchise or something along those lines.

Strange though the film certainly sounds, at this point it can’t be anywhere near as weird as the strangest music movies ever made. Here’s our ranking of the nine most batsh** crazy music films we’ve ever seen. Check out some of the best movies about music of all time. 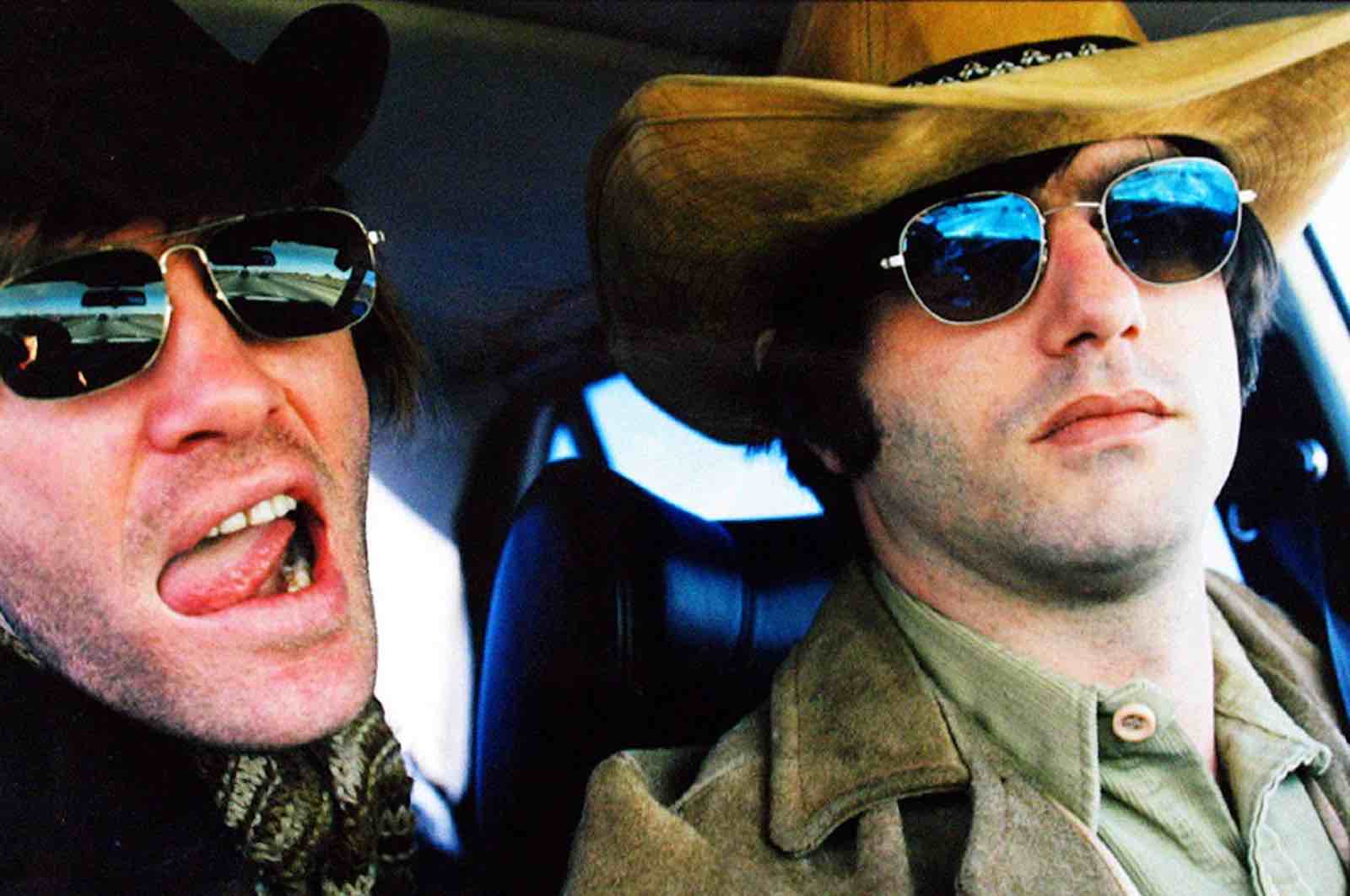 Ondi Timoner’s documentary seemingly originated with the innocent intent of following two promising American rock bands at the start of their exciting careers.

However, Dig soon frantically unravels into being a tense exploration of seven years’ worth of sniping, bitterness, revenge, and fighting between The Brian Jonestown Massacre and The Dandy Warhols. Most specifically, it offers an exhaustive look at the souring of a close friendship and the rivalry of two men with very different rock ‘n’ roll ideologies. 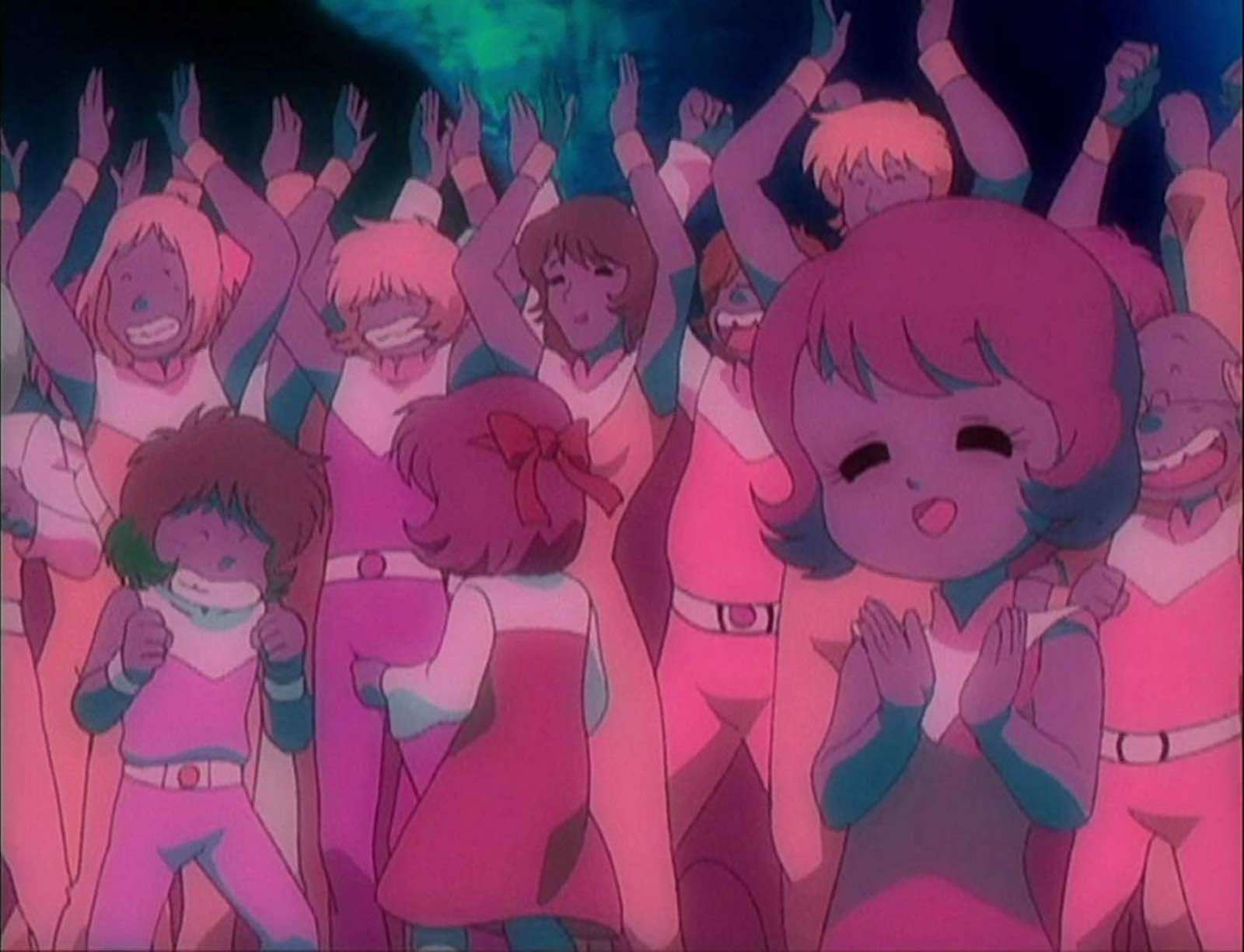 Essentially an extended Daft Punk music video with a $4 million price tag, Interstella 5555 is unexpectedly wonderful but it’s also strange AF. The sci-fi fantasy anime follows four alien musicians who are disguised as humans by the record producer who kidnaps them and the misadventures that follow. The main story coincides with tracks from Daft Punk’s 2001 album Discovery. 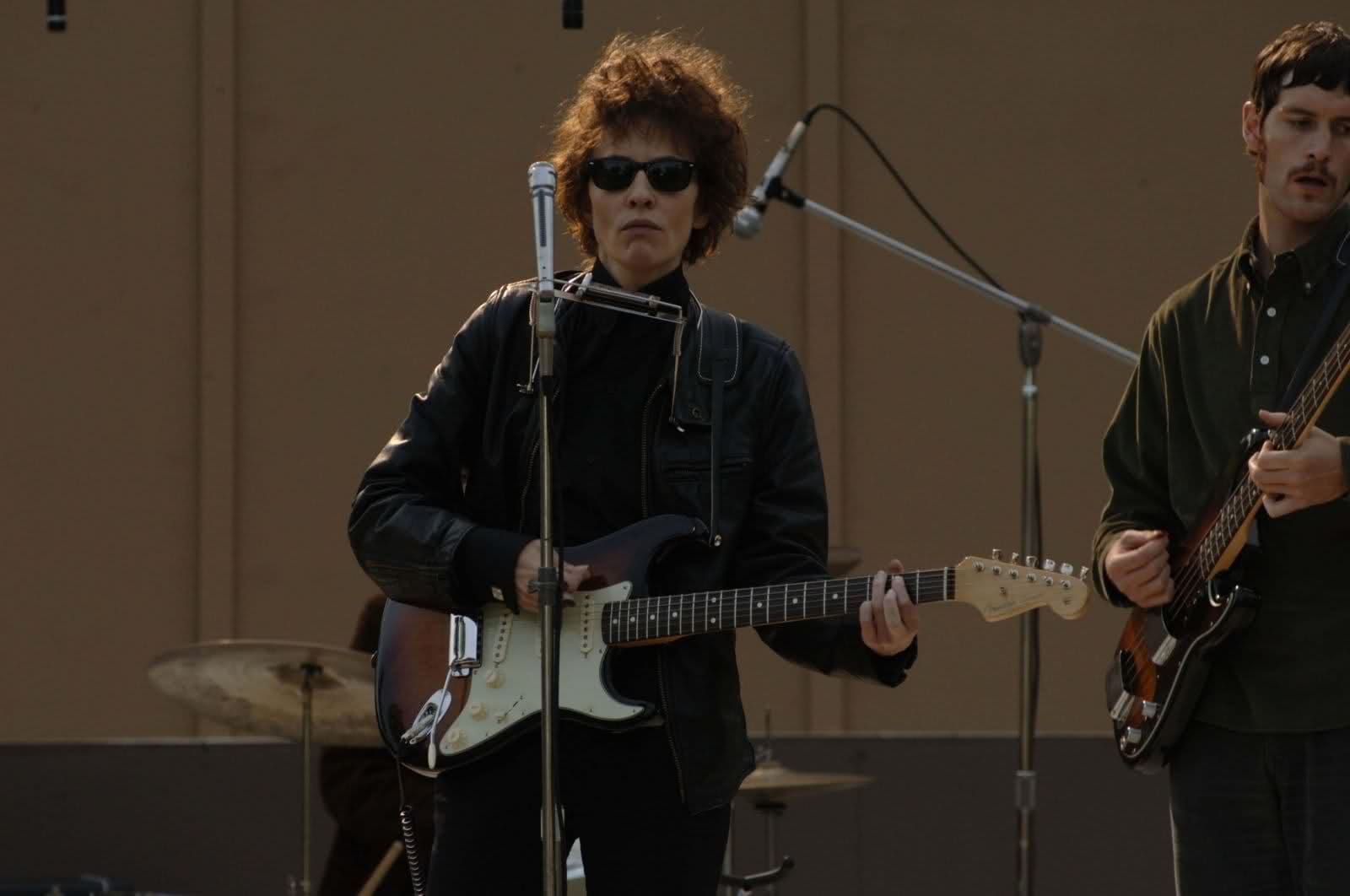 Todd Haynes’s experimental Bob Dylan flick maintains the singer’s mysterious allure while creating a cinematic collage of his life and work. Centered around six incarnations of Dylan – the actor, the folk singer, Billy the Kid, the electrified troubadour, Rimbaud, and Woody Guthrie – the film sees actors like Heath Ledger, Cate Blanchett, and Richard Gere depicting the various sides of Dylan’s many enigmatic public personas throughout the decades.

Sean Donnelly’s deep dive into the fandom of 80s pop star Tiffany examines the other side of the stage and reveals a tragic story about loneliness and obsession. Following two people labeled as stalkers by the media for professing their love for the singer, the film takes the audience away from the object of their fascination and into the heartbreaking sources of their desperate obsessions. 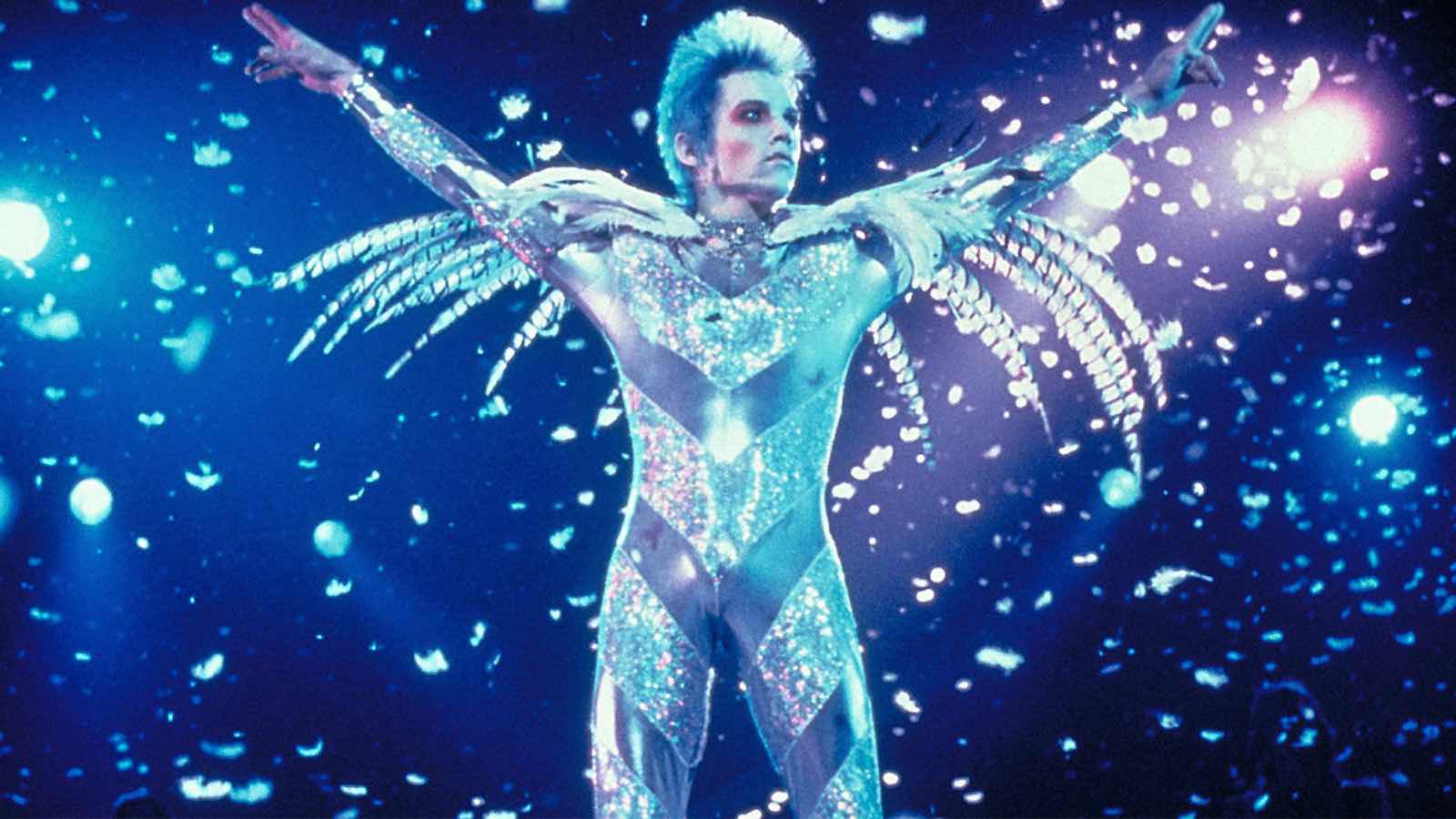 For starters, the movie begins with a prologue suggesting that Oscar Wilde was brought to earth by space aliens to father the glam rock movement – that’s the sort of movie we’re dealing with here. However, Velvet Goldmine is also strange for following the structure of Citizen Kane while also leaning on the life and mythologies of glam rock titans Marc Bolan and David Bowie without ever stating it outright.

This is Haynes’s second film on the list and just like I’m Not There, it features a staggeringly great cast like Jonathan Rhys Meyers, Ewan McGregor, Toni Collette, and Eddie Izzard, and dips into ideas regarding the personal performativity of music and how it can both mold and crumble an identity. 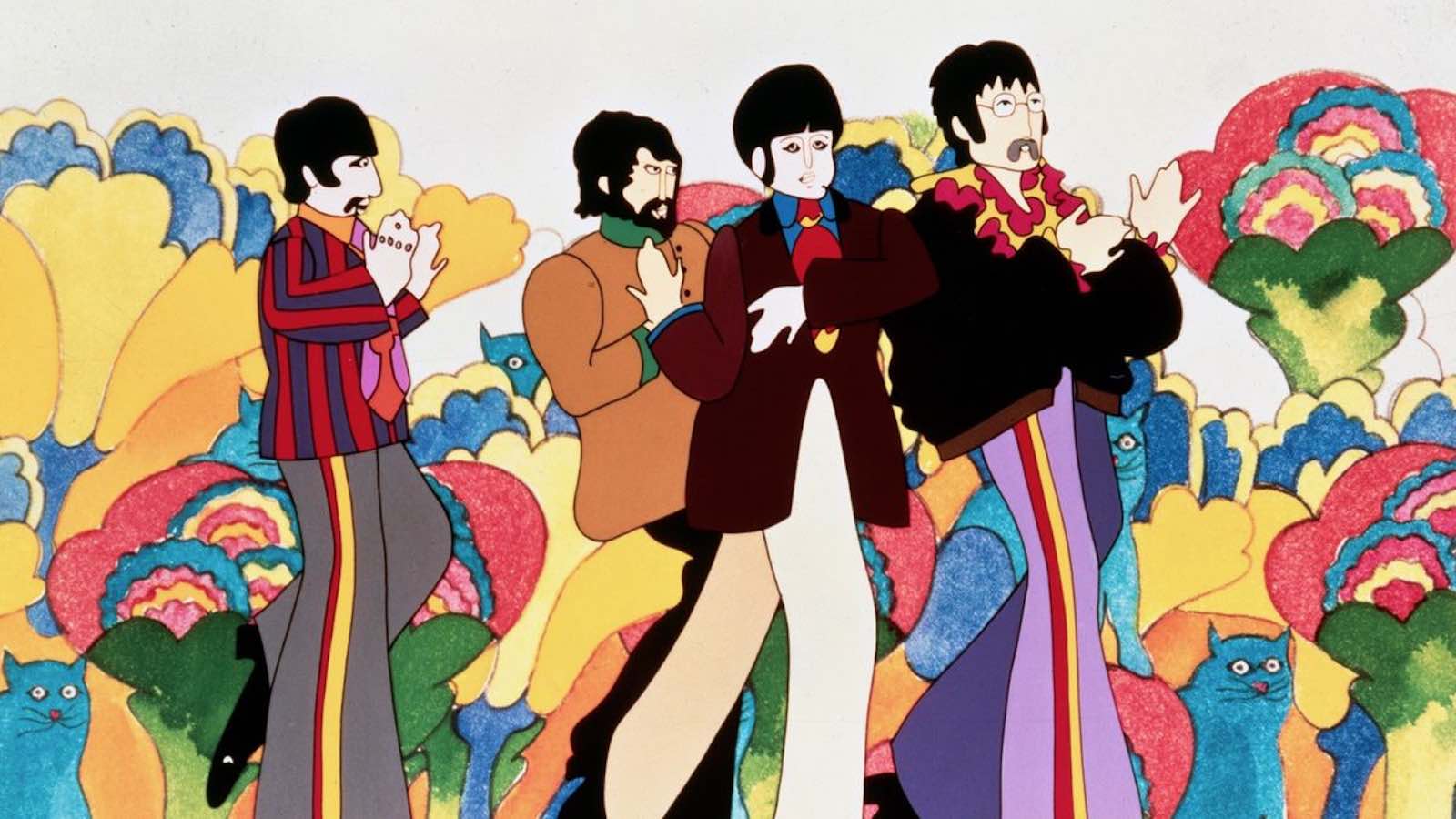 It’s been fifty years and we still don’t know what the everloving fuck this movie is, but it remains an ambitious voyage into the colorful outer reaches of psychedelia. Maybe we just haven’t done enough drugs in our time?

Anyway, it’s something to do with a music-loving place called Pepperland becoming invaded by music-hating people called the Blue Meanies and the only people who can put a stop to the madness are The Beatles. Or something to that effect anyway – we’re not entirely sure. All we do know is that it terrified us as children and we never want to see it again. 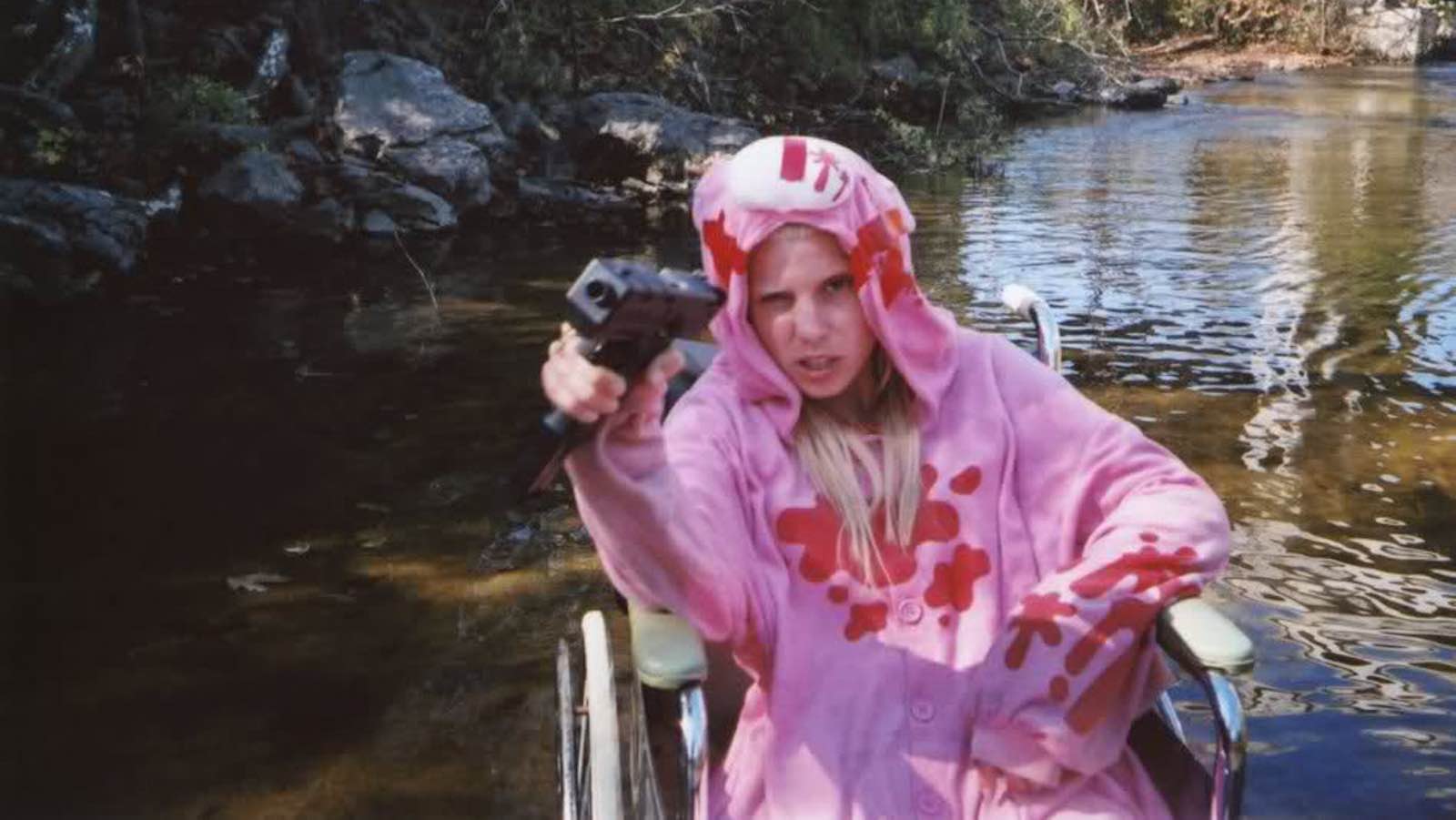 “Big dreams, big blunts, big rims, and big guns. It’s time to get gangsta.” Leave it down to Harmony Korine to collaborate with controversial hip-hop group Die Antwoord for one of the weirdest musical shorts of the past decade.

Ninja and Yolandi don brightly colored animal onesies, strap uzis to their chests, and roll around the suburbs in wheelchairs planning some violent robberies so they can take their “sh** to the next level”. It’s peak Die Antwoord but also absolutely batsh**.

Celebrated by many critics as being a “tone poem”, Gus Van Sant’s minimalist film about the final days and hours of a man buckling under the weight of his own fame is inspired by Kurt Cobain and his tragic suicide.

Not a lot happens besides an introspective artist (Michael Pitt) shuffling through an empty house and some unwelcome friends (played by a cast including Kim Gordon and Asia Argento) popping by to check in. As Jonathan Rosenbaum glibly suggested in his review for the Chicago Reader, “Pitt at his most narcissistic, doing nothing in particular for the better part of 97 minutes isn’t my idea of . . . a good time.” To each their own, we guess.