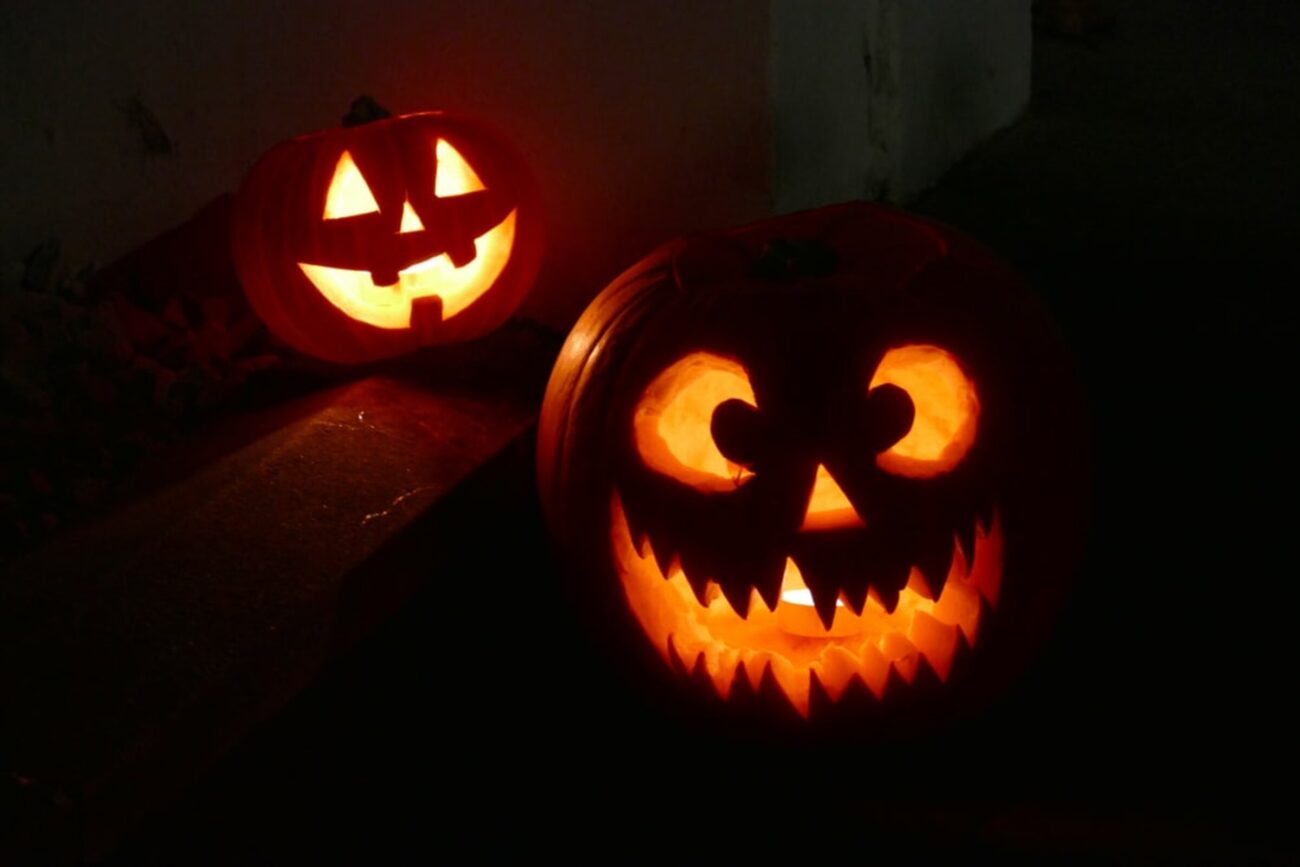 Make your neighbors laugh with these funny pumpkin carving ideas

How often do we begin articles with nursery rhymes? By any chance, do you recall ever hearing Peter Peter Pumpkin Eater? It goes, “Peter, Peter pumpkin eater, had a wife but couldn’t keep her, he put her in a pumpkin shell and there he kept her very well.” We all want to keep our loved ones close, right? And it’ll be nice to live somewhere that smells like pumpkin spice.

If you look closely at that nursery rhyme and pay attention to the words, you’ll realize it’s far too dark for preschoolers & kindergarteners. Peter had a wife but he couldn’t keep her. Maybe she was a loose woman. Maybe she left him for some reason. Peter was tired of losing her so he killed her and put her in a pumpkin shell where she could never run off again. 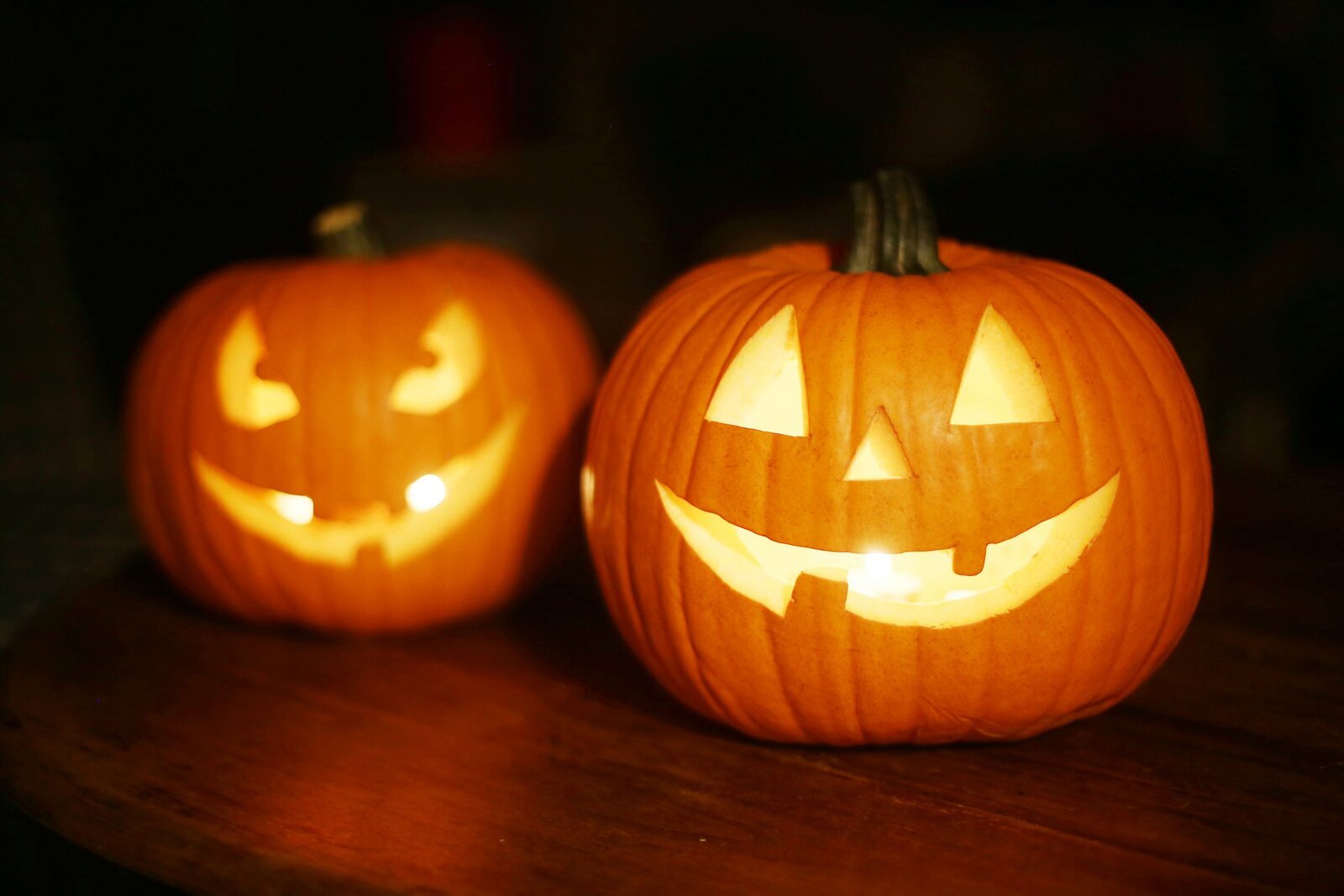 Hopefully, you’re not the type of person who will put anyone in a pumpkin shell, but thankfully, there’s much more we can do with pumpkins! Time is only moving forward, and Halloween is coming. It’s time to get creative and fun with our carving ideas. You could put your pumpkins in front of your door, on your porch, the lawn, anywhere to greet trick-or-treaters!

Gather your family & friends together for a night of artistic expression and humor. We’ve gathered some funny pumpkin carving ideas perfect for this Halloween season! 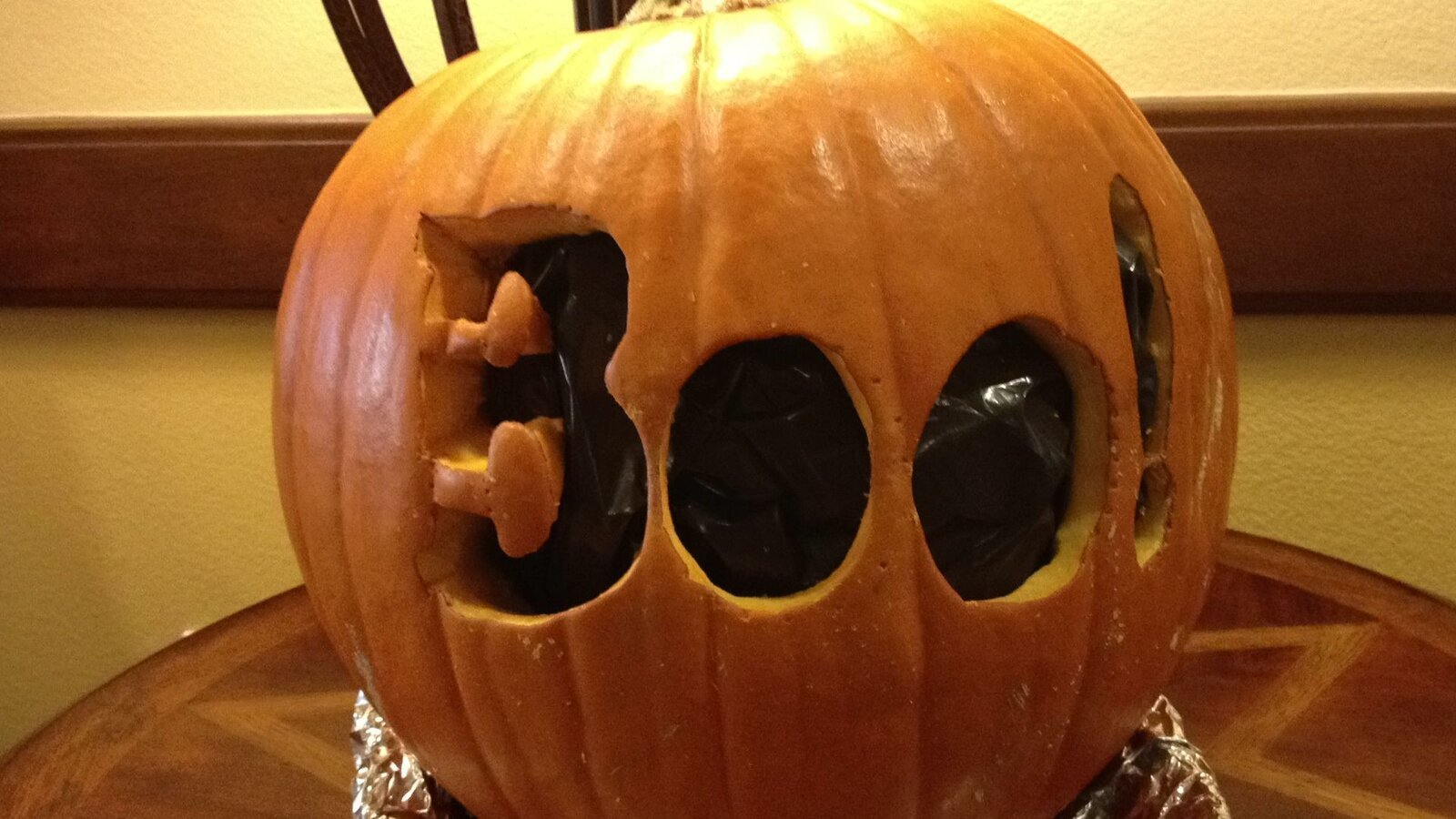 Surely, “Boo” has become the signature scare word friendly for the little ones. You could have “Boo!” lightening up your pumpkins like a healthy fire. From a distance, it could look like there are a bunch of little fires shaped like the word “Boo!”. It’ll put some pizzazz on the pumpkins!

You’ll need four individual pumpkins for this carving display. Out of the many funny pumpkin carving ideas, the boo pumpkins will be perfect for the front porch! Just use an apple corer to punch holes in the pumpkin. Then, you’ll illuminate the hole with LED tealights. 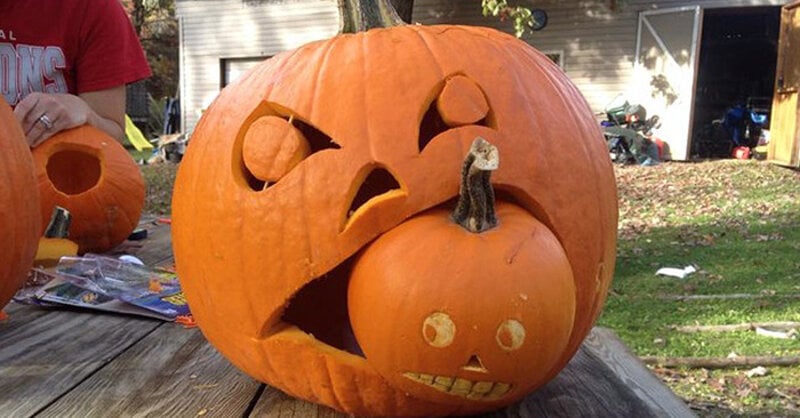 Yes, pumpkins get hungry too! Thanks to Washington Irving’s classic Sleepy Hollow, we’ve all imagined evil pumpkins. If there were such a thing as evil pumpkins, would they really be craving human meat with a side of our blood?

For those of us really gifted in the art of pumpkin drawing, you could use wood carving tools to make a pumpkin who eats naughty trick or treaters. Give your pumpkin an angry, ravenous look with a human foot hanging from its mouth. Maybe your pumpkin’s mouth could be dripping in human blood like honey. 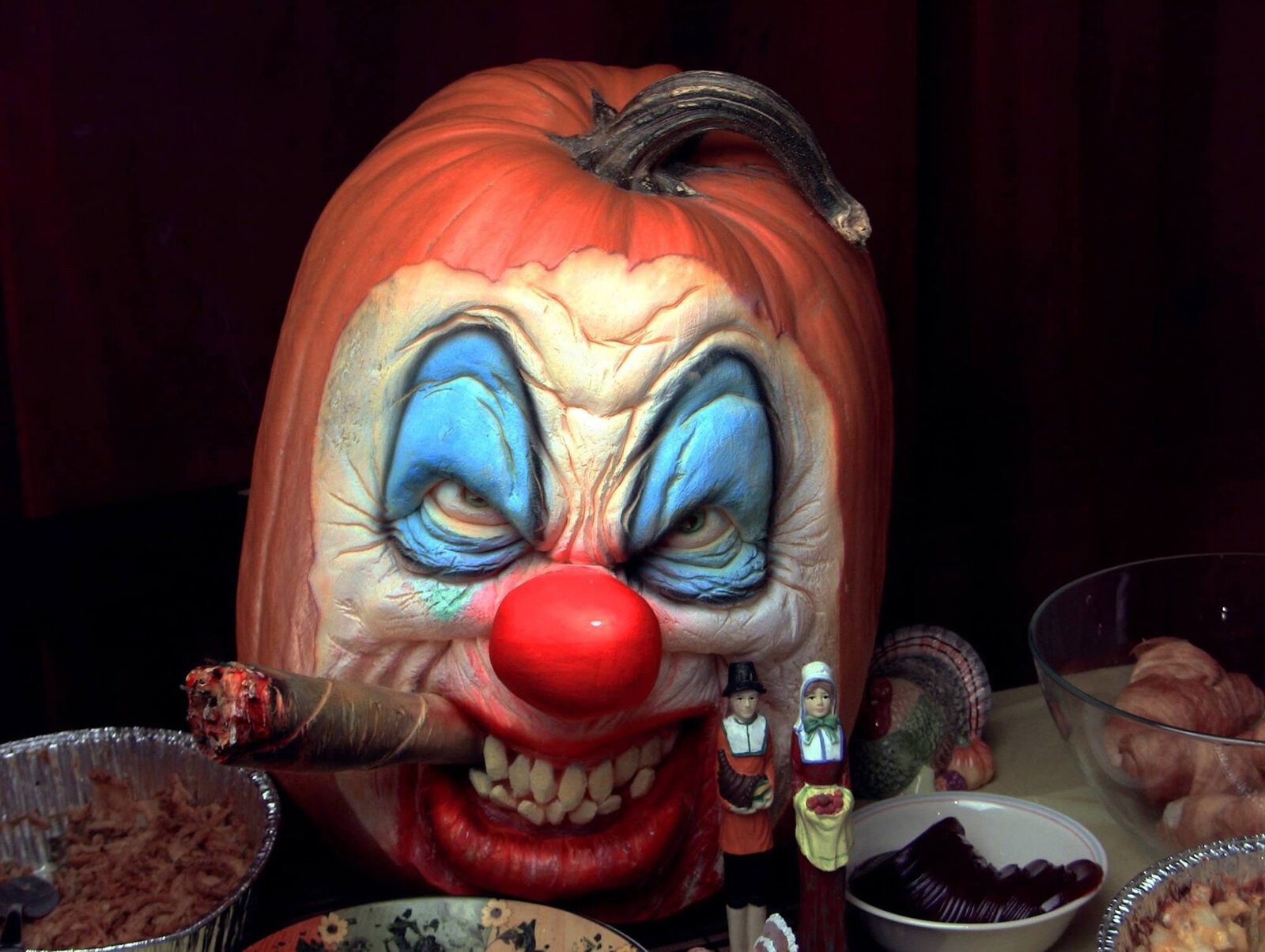 Killer clowns have become a perfect Halloween accessory. The biggest theory to explain why seems to be the prolific serial killer John Wayne Gacy. But maybe we’ve always had that negative vibe with clowns. Perhaps at some point, we just put two and two together and realized that clowns were creepy 一 even worse 一 they’re dangerous.

In 2016, there were many clown sightings. Some people see them as a bad omen. Clowns can certainly be joyful and friendly, but they can also be perfect for Halloween. Just combine the killer clown with a pumpkin!

All you’ll need is some paint, fake hair and an LED tealight to transform a faux pumpkin with a pre-carved face. You could copy this same look with a real pumpkin with just a little creativity. 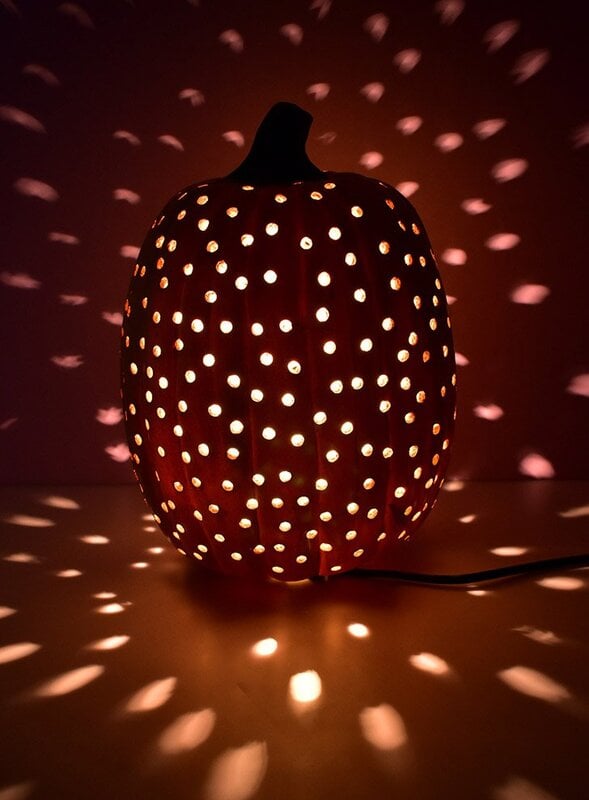 Here’s another funny (or just down right exciting) pumpkin carving idea: light up your pumpkins like the night sky! Using a faux pumpkin (you could use a real one if you like), use an electric drill to add holes. Add a hole in the bottom using a craft knife, then insert your low wattage candelabra bulb or an LED tealight.

Your pumpkins will have their own night stars. Who says Halloween can’t have its own glimmer? 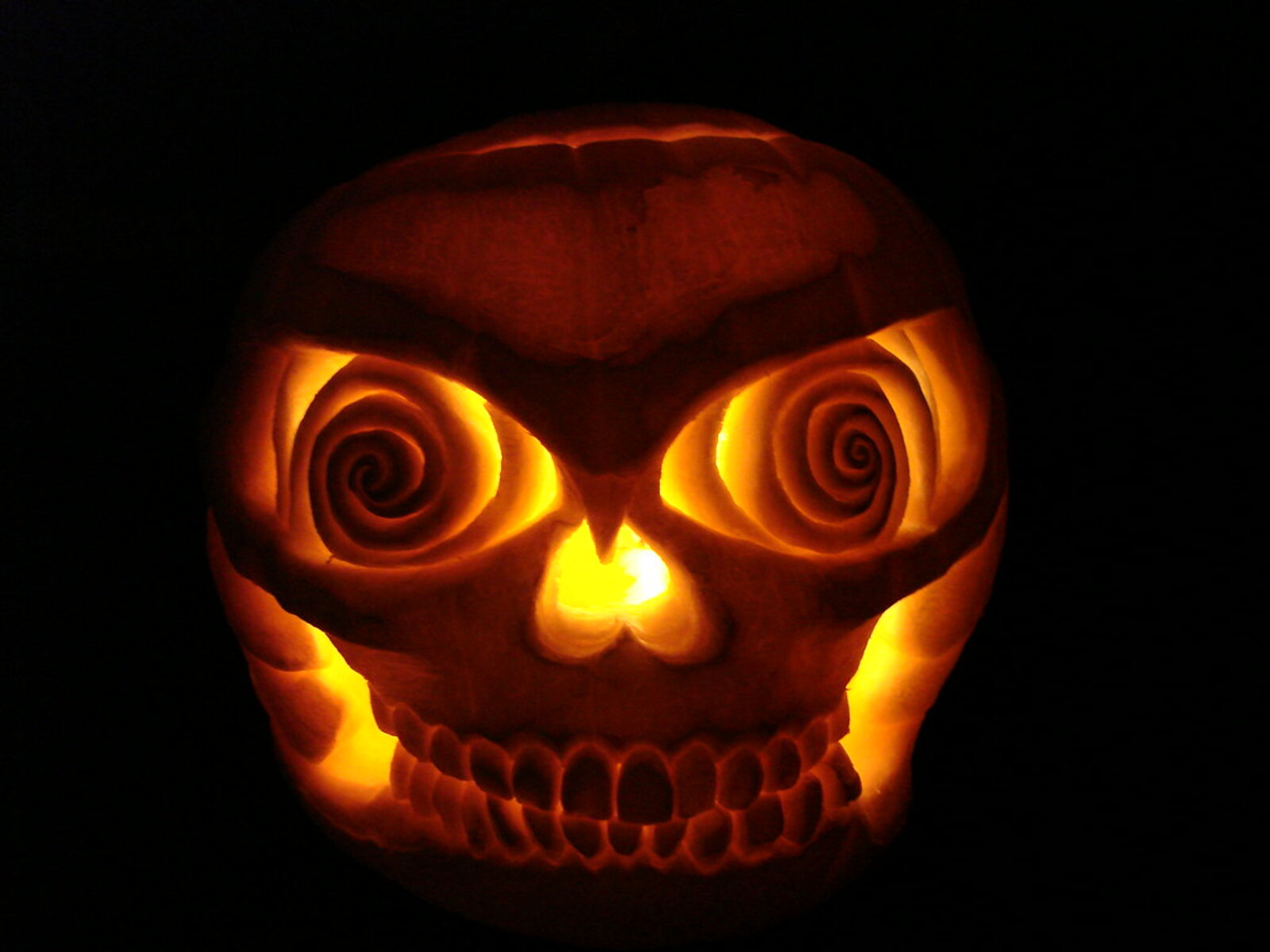 If pumpkins get hungry, then surely, they have brains too! This funny pumpkin carving idea may give you a science fiction ambiance. Picture a fiery lit jack o lantern with a skeleton face with their brain protruding from their skull.

You’ll need a pumpkin within a pumpkin to create this elaborate look. Use one orange pumpkin and the other 一 white.

We know you have some more funny pumpkin carving ideas, so don’t be a stranger! Drop them off down below! 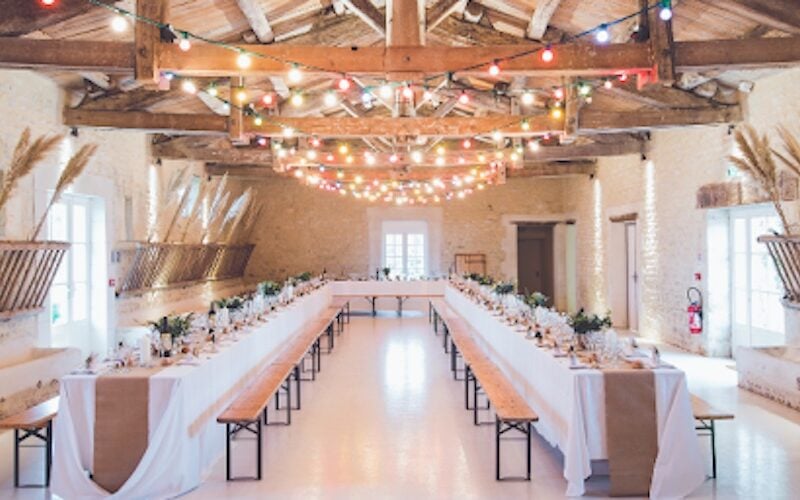