Budding film writer? Check out the Film Daily guide to writing an article

So you wanna be a film writer – good for you! We do too, that’s why we work for Film Daily, duh! If you’re the kinda person who feigns a life threatening disease just to avoid social situations and stay in bingewatching your fave new Netflix show, or you spend each weekend forking out your hard-earned cash to that indie movie theater with the art deco interior ($15 dollars for an XXS popcorn? No problem!), you’re definitely one of us.

We’re always on the lookout for new contributors who live, breath, and sweat film & TV. But while you might think yourself the next Roger Ebert, getting those thoughts down on paper is a whole other breed of cat and it takes a lotta practice. Aunt Irma and her friends down at the crochet club did love your 2000-word study on the evolution of Nicolas Cage’s (Con Air) hair, but Film Daily has its own beat, its own style, it’s own structure. 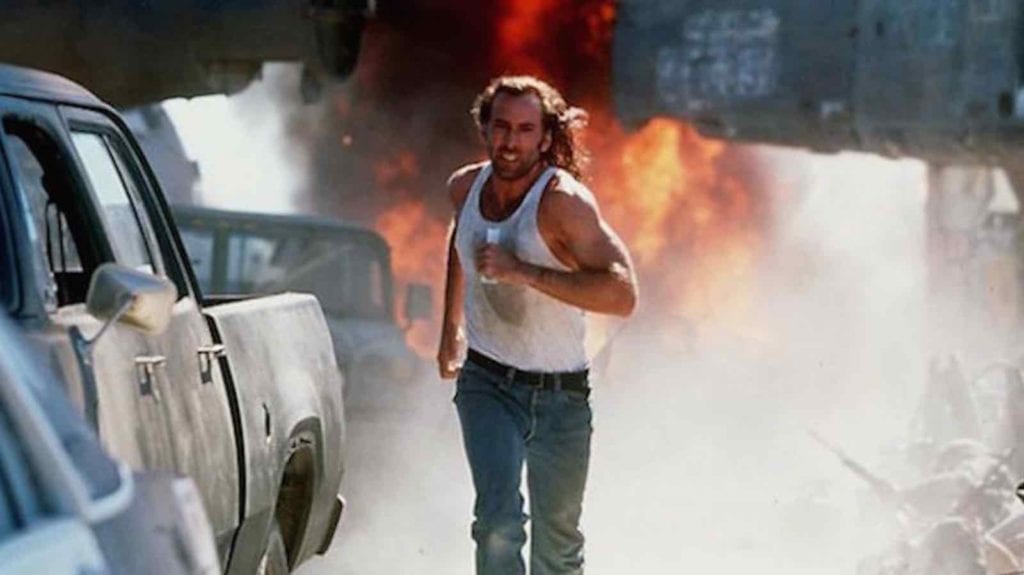 We’ve already shown you how to pitch to us and what a day in the life of a Film Daily writer looks like, so now we’re here to guide you through the in between bit – how to write a film or TV-related article. You could be writing a list, a feature, a review, or an in-depth investigative piece, but the basic rules are still the same. Be sure to follow this structure so that you can nail your articles everytime and embark on your journey as a witty, wonderful, wildly talented wordsmith. 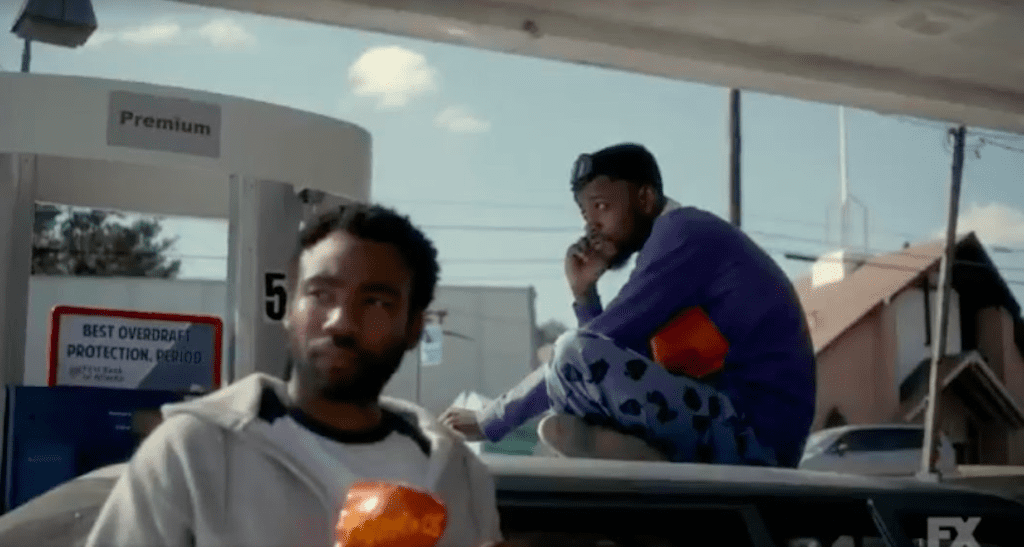 The intro: Who, what, when, where, why

The introduction is the most important part of the article. It’s where you contextualize the feature, whether it be a list, feature, or review. Always consider the five W’s:

Who: Who the f*** is this about?
What: What the f*** is going on?
Where: Where the heck did this happen?
When: When did it happen?
Why: Why the f*** is Nicolas Cage’s hair taking on a life of its own, yet again?

Aim for one to two paragraphs for the intro, although there may be instances where you need to add more. Tell us what you’re writing about; if you’re composing a review on the latest episode of Atlanta, be sure to include which episode it is, when it aired, and a brief overview of what the show and the season is all about. If you’re putting together a list on the top ten horrors to stream right now, start by discussing an upcoming horror movie to make it current and give it context. 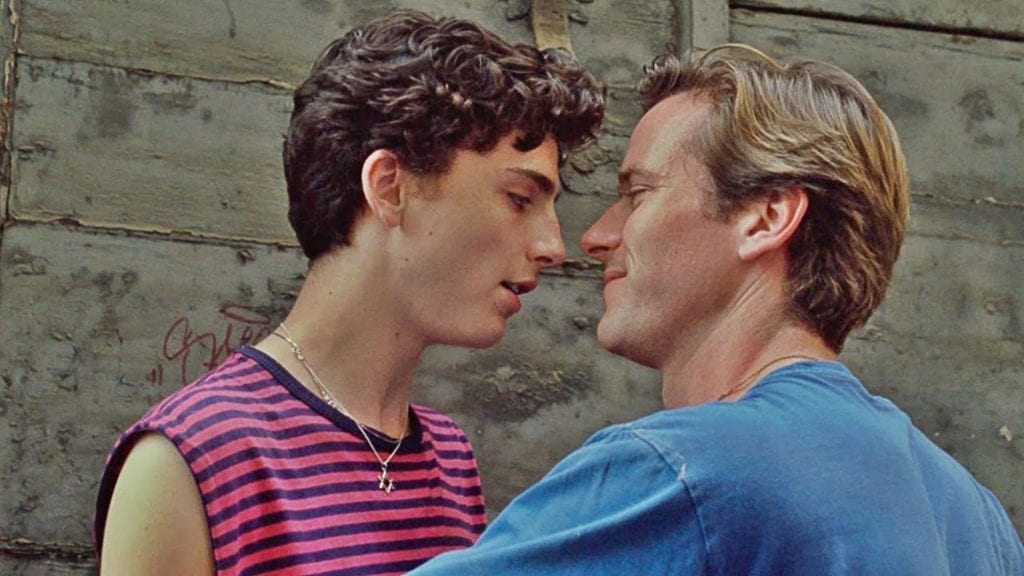 After all, the Film Daily mantra is, “Always now, forever independent.” If you’re writing a feature questioning the lack of male nudity in film & TV, start by discussing where the idea for your feature stemmed from. In this case, we started with the lack of peen in Call Me by Your Name.

Keep it short, snappy, informative, humorous, and concise, but not so concise that we don’t know what the fuck you’re talking about. And lastly, never refer to yourself in the first person – we’re a collective here, folks!

The middle: The meat of your article

For a list, we’re looking for around ten examples of alternatives to the work mentioned in your intro. So if you’re writing about the top ten horrors to stream right now and you’ve discussed It: Chapter 2 in the intro, for the middle list ten horror films that are available to stream right now, provide a summary for each alternative, and add a YouTube link or image link for each one.

We like a mixed bag of indie, cult, and mainstream content. We can all head over to the horror section of Netflix and pick out the top ten options, so try to give your reader something different. In this case, check out hits from Hulu, Shudder, Amazon, YouTube, wherever! You’re a writer, so make good use of those research skills. The internet is your oyster!

For opinion pieces and features, find relevant articles, books, and essays and use quotes from these to support your editorial stance. For investigative features, conduct interviews and use the quotes to backup your arguments.

Look at past examples in films & shows that relate to your discussion. So for “Where’s all the peen on screen?”, we didn’t write 1500 words on the ins-and-outs of why we love the D. We studied the lack of male nudity in other such movies as the 50 Shades franchise, provided examples of shows and movies that did whack out the meat sticks, and discussed how male nudity has and hasn’t been used for a narrative purpose. Meanwhile, we backed up all discussions with quotes. 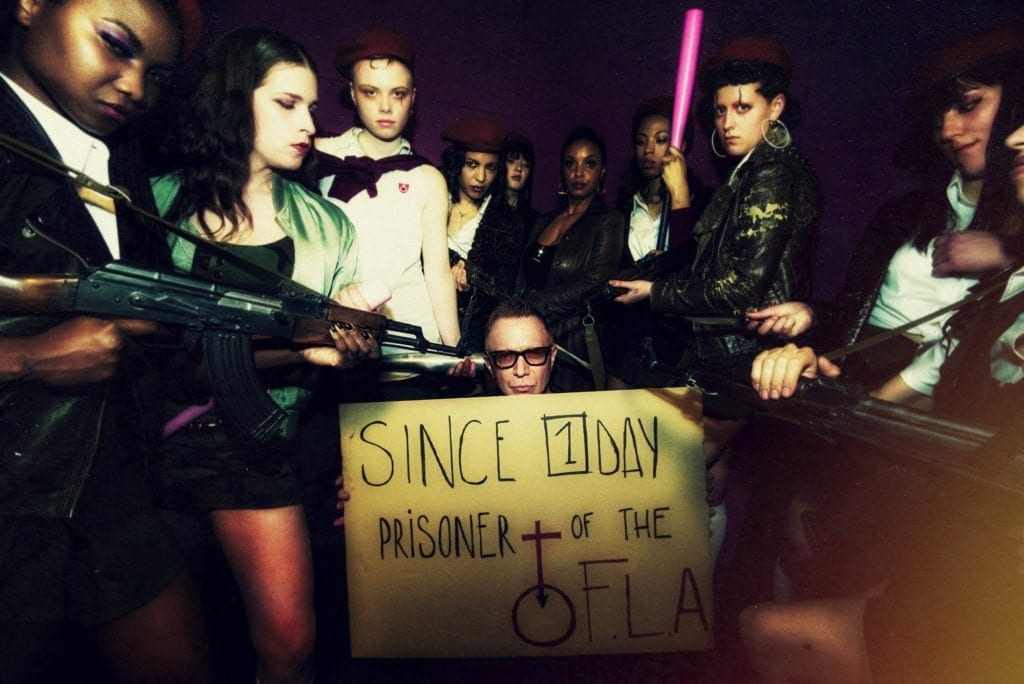 If you’re composing an interview-led investigative feature, the structure would be the same only you’d include quotes from the interviews you’d conducted. So instead of Vulture or The AV Club, you might be quoting the likes of filmmaker Bruce LaBruce about his views on whitewashed male nudity.

Of course, don’t let all this talk of male genitalia confuse you. This structure can be applied to any feature, whether you’re discussing Netflix and the content revolution or looking at how awards ceremonies are so passe. Whatever the subject, just remember that when writing a feature, you want to explore the topic in depth and back each opinion up with quotes.

A Film Daily review can take many forms, but there’s one rule you should stick to every time – keep it entertaining. 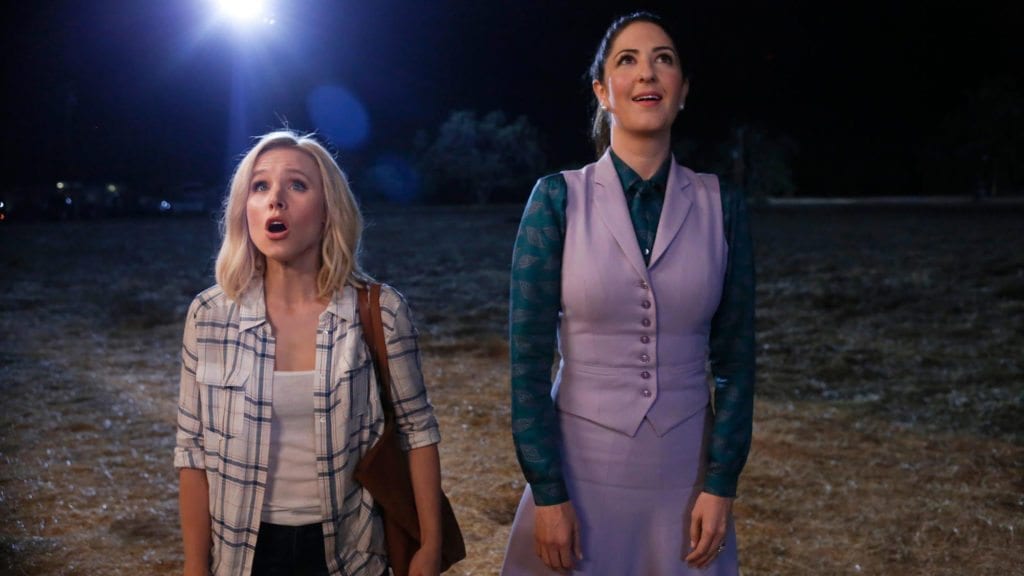 Once you’ve opened with the intro, you might choose to focus on one aspect of a show (like our review of the best visual gags in The Good Place), a rundown of the best bits (like our overview of the “Carrie: The Musical” episode of Riverdale), or you might just go into the depths of all the reasons a TV show or film is a massive steaming pile of crap (a la our review of John Krasinski’s A Quiet Place). Whatever format you choose to go with, we want it to be funny, thought-provoking, and entertaining to read.

The conclusion: Wrap it up

Here’s a little cheat for ya – if you’re writing a list, there’s no need for a conclusion! You’re welcome ?. 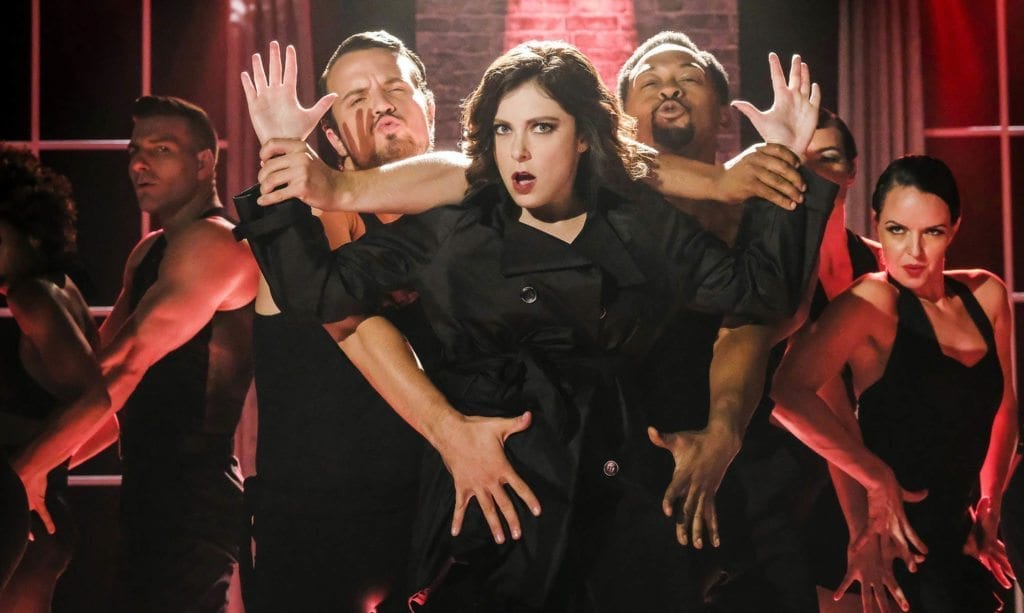 However, if you’re writing a feature or a review, you want to fade out in style. Don’t confuse your readers by introducing new ideas. But also don’t summarize what you’ve just written or else you’ll end it on a total yawnfest.

Instead, write one or two paras that look at the subject as a whole but without making sweeping statements. Perhaps include an interesting fact or a quote from one of your interviews. Call your reader to action. Or even better, crack a joke or include a play on words. For examples, see our review of Crazy Ex-Girlfriend and our study of the companies helping women in film.

So now you’re ready for your journey to film journalism stardom – just make sure to brush your hair before greeting the paps! 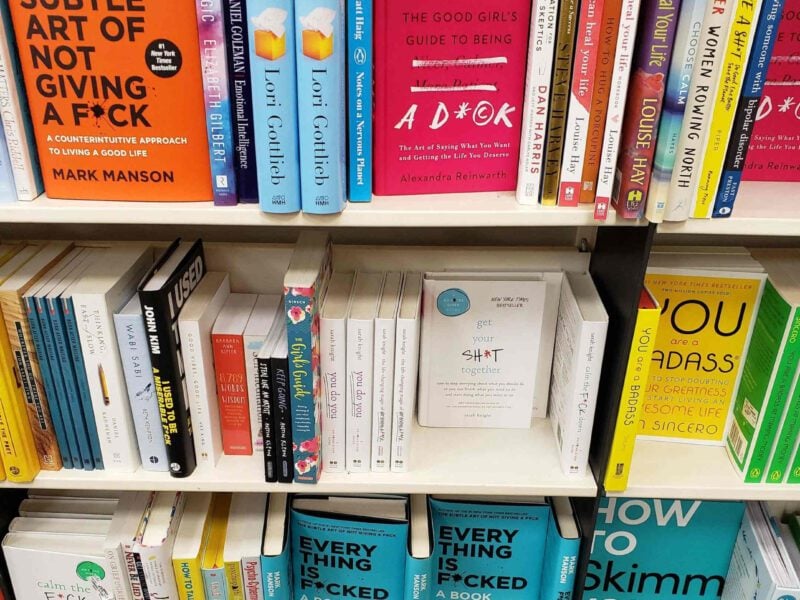 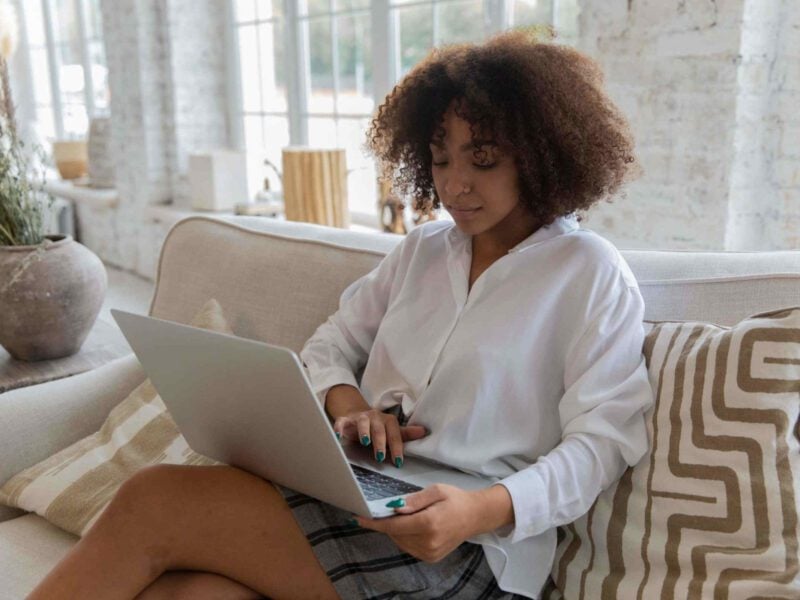 How to Write a Reflection Paper Sample