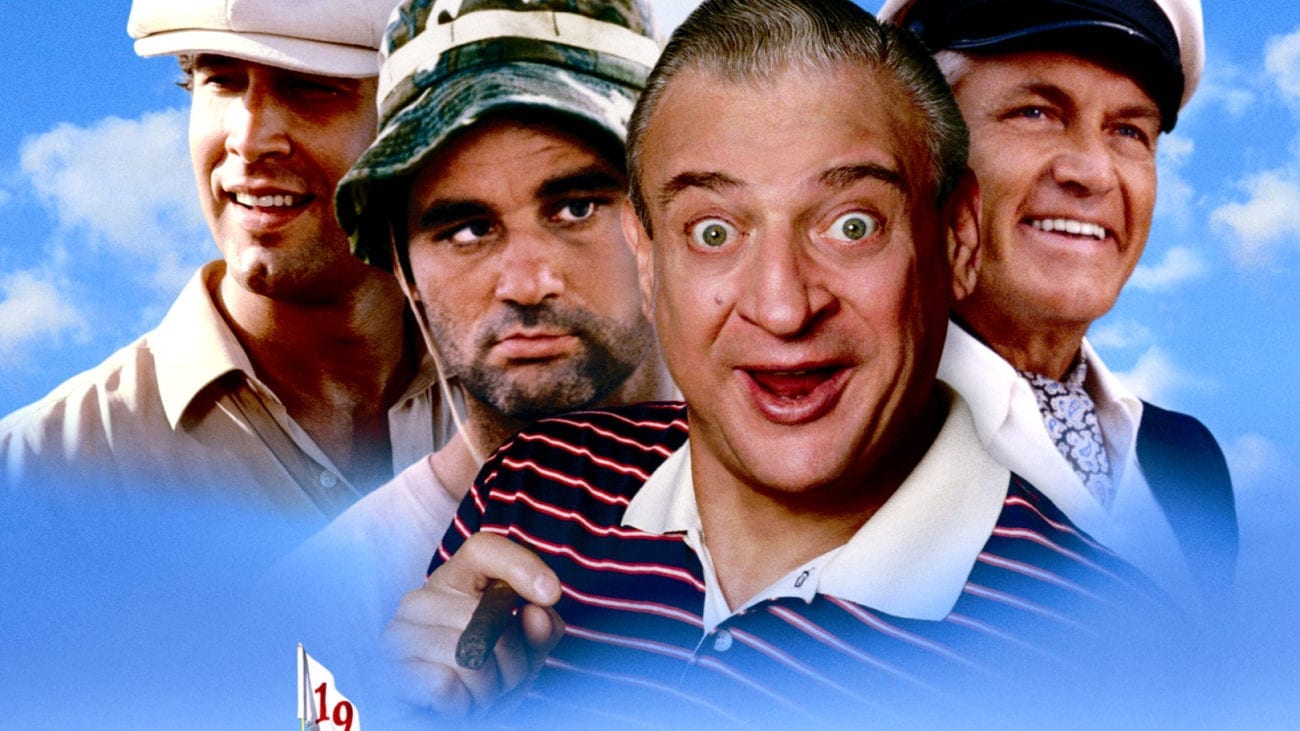 Laughs from the past: What writers can learn from popular 80s movies

“They don’t make ‘em like they used to” is a phrase you’ve no doubt heard time and again during discussions of music, film, and TV shows. While it used to be nothing more than an utterance from your Drunkle Ted at family gatherings, in the current era of reboots and franchise fever it would appear this statement has meanwhile come true.

It certainly sprang to mind when we came across a re-circulated Hollywood Reporter review of the 1980 film Airplane! detailing the comedic genius of David Zucker, Jim Abrahams, and Jerry Zucker and their satirical take on disaster movie tropes.

Somehow describing all the great techniques used by comedy writers of the decade in one sentence, the unnamed HR critic wrote, “The humor is an ingenious concoction of satire, spoof, burlesque, slapstick, raunchy dialogue and low-comedy sight gags. The jokes are directed at sex, politics, religion and almost everything else.”

Comparing such wild, satirical flicks with the comedies of late – I Feel Pretty, Deadpool 2, Overboard, Crazy Rich Asians – we can’t help but feel the genre’s become formulaic. While it’s important to move forward, we think there are a lot of techniques used in 80s comedies that would fare superbly today. Here are six major motivations which aspiring comedy writers can find in funny films made during the decade of decadence.

Comedy movies in the 80s had a slower pace than they do now, with a deliberate and fleshed-out buildup. Of course, this makes the payoff all the more worth it, but as io9 pointed out, this is tricky business in the modern world of mass consumption:

You probably couldn’t get away with that nowadays, given how much faster things move on television and games, and how much shorter everybody’s attention spans are thanks to text messages and whatnot.

However, when taking more time setting out the road for your comedy vehicle to ride along, it provides you (and eventually your audience) scope to bond with the characters. This is one of the reasons such 80s comedies as Caddyshack, Ghostbusters, and Heathers remain some of the most beloved of movie buffs today – not only are they funny, but their story gives room for character development.

Would The Princess Bride have been as whimsically amusing outside of its fantastical setting? No! Would we have laughed so hard at the epiphany scene in The Blues Brothers if it were filmed outside of a baptist church. Absolutely not!

Location is everything in 80s comedy movies as it’s either chocked full of items its characters can use to enhance the visual antics of the film or it highlights the parodic nature of the scenes. As such, the setting that you name in your slugline is super important. Scribe Meets World suggests, “Choose locations in your comedy script wisely – and humorous ideas will flow easily. Think of places that are visually interesting and that also are full of objects that your characters can interact with in funny ways.”

Don’t be afraid to be childish

Take a look at some of the greatest, most memorable comedies of the 80s: Gremlins, Back to the Future, Caddyshack, National Lampoon, Naked Gun, Beetlejuice, Spaceballs, the aforementioned Airplane – the list goes on. What do they all have in common? They all contain a light humor portrayed by childlike characters.

Gremlins centers on a group of malevolently mischievous monsters; Back to the Future is about a time-travelling student and a maverick scientist; Beetlejuice takes visual gags to another level with a sleazy, striped-suited ghost at its core.

Comedy writers from this era weren’t afraid to take its characters and its storylines to silly places. If you’re a budding comedy writer, try to incorporate animals, monsters, or larger-than-life characters that leave much room for visual gags and moments of slapstick comedy in your screenplay. It might be the difference between writing an innovative new feature and a formulaic romcom that we’ve seen a million times before.

Two (or more) heads is better than one

As comedy screenwriting expert D.B. Gilles said, “two heads can be better than one.” If you’ve got a solid comedic story but are having a hard time finding the one-liners or you’ve got a ton of jokes but no characters to tell them, you might just benefit from finding another screenwriter who can bring such strengths to the table:

You’ll find at least one and often two writing teams on every show. Same with screenplays. It’s fair to assume that most of these teams got together because they each brought their strength to the table.

As mentioned, Airplane was made by three directors – David Zucker, Jim Abrahams, and Jerry Zucker with input from Arthur Hailey & Hall Bartlett for the script. Ghostbusters was written by Harold Ramis, Dan Aykroyd, and Rick Moranis.

Writers Douglas Kenney, Brian Doyle-Murray, and Harold Ramis are responsible for the comedic delight that is Caddyshack. Comedy is different to action or romance in that it can often stem from numerous people bouncing ideas off of each other. So if you’re struggling to bring the funnies, bring your writer friends in instead and you’ll likely find the jokes will start to flow.

One of the most common criticisms of comedy scripts is that they’re too episodic. However, you could argue many of the classic 80s comedy movies are episodic by nature, as many of them move from one whacky set piece to the next. These films do not fall into the boredom trap as they often have a strong throughline.

As outlined by screenwriter Edwin Cannistraci, such comedy films work because the scripts have strong goals. In the 1983 film National Lampoon’s Vacation, Clark Griswold’s (Chevy Chase) goal of reaching Walley World and showing his family an awesome time is tracked throughout the film. “Clark increasingly testing the limits of his wife and children as he pursues his goal not only offers many comic possibilities,” added Cannistraci.

“It allows for some great character work: Clark and Ellen duet on the Mocking Bird song; Clark and Rusty ‘sharing’ a beer in the desert. It’s these more grounded, stolen moments that give the film another sought after ingredient in modern-day comedies: heart.”

Understanding the importance of this in your screenplay is essential if you want to enjoy the comedic potential of a storyline without it coming across as formulaic.

Be daring with your satire

Satire is something we’re severely lacking in the comedic realm these days, and is a trait that 80s writers used to great effect in their films, for example in Spinal Tap, Naked Gun, and of course, Airplane. As discussed by io9, “the 80s were just bursting with absurd slapsticky satirical comedies, from Spaceballs to Top Secret,” as well as “the hyphenated comedy films of the 80s, from adventure-comedy films like Ghostbusters and Back to the Future, to mystery-comedy films like Clue.”

In an age when offence is rife and online criticism is heavy, there’s a severe lack of comedy writers who aren’t afraid to push the boundaries and poke fun at people’s stupidity or vices with humor and irony. Perhaps it’s time for writers to bring back some much-needed 80s-style satire so we can bask in the glory days of when funny films were . . . well, funny!