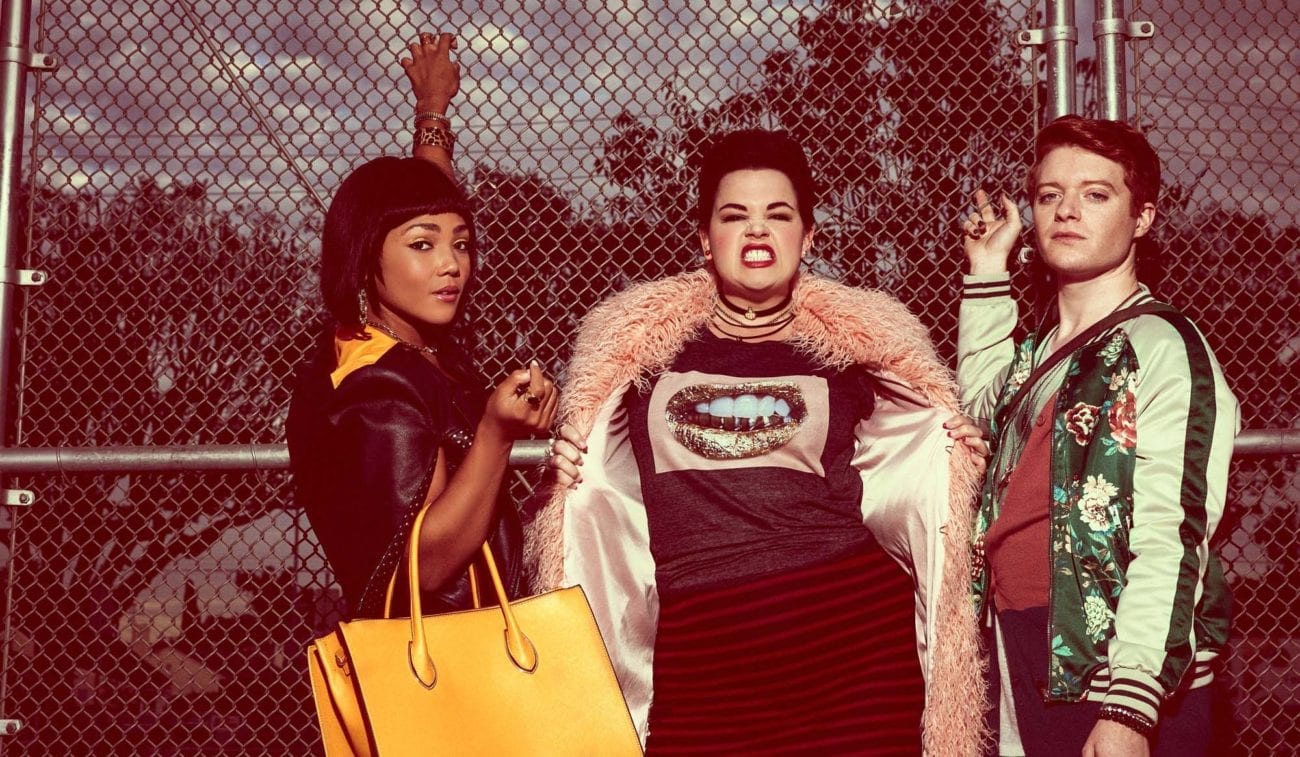 What’s your damage, ‘Heathers’?: Why the TV reboot is an epic fail

In the past week you’ve likely read a lot of bad press about Paramount Network’s Heathers, a modern reimagining of the dearly beloved 1988 movie and ahead of its March 7th premiere has caused a range of outraged responses across the internet.

The Daily Beast, for instance, called Heathers’s attempt to satirize identity politics “a Trumpian, LGBT-Bashing Nightmare” featuring examples of “disturbingly regressive comedy”. Meanwhile, New Statesman mused the show could “become a cult . . . classic for the far right” due to the way it appears to skewer “SJWs” (social justice warriors).

For all its foibles, the show does bring across occasional brilliance: some of its satirical one-liners could easily make you choke on whatever corn nuts you may be snacking on, and Brendan Scannell as Heather Duke lights up whatever scene he’s in.

Is Heathers perfect? Certainly not – it has problems. But more than anything we’re outraged about the TV show simply not measuring up to its phenomenal namesake. As modern remakes go, Heathers is lazy and too intent on imitating the original movie, yet without replicating any of its charm. The show’s main problem isn’t the clumsy satire or weak casting choices; the biggest issue lies in the edit. All five episodes we have seen so far are boring af, featuring overlong set pieces and a laborious editing style. MTV this ain’t.

With that in mind, here are eight key places where the Heathers TV remake has fallen face-first through a glass table.

Sure, actor James Scully is cute, but does he make you want to rip off your panties, douse them in gasoline, and set them aflame like Christian Slater (Mr. Robot) did in the same role back in ‘88? Film Daily would argue no, he definitely does not. Scully likely couldn’t even inspire us to steal a Snickers bar from the local 711, never mind go on a killing spree.

Veronica Sawyer is a bottomless vacuum of cool

Wearing a wardrobe even Riverdale’s Betty Cooper would dismiss as too preppy, modern Veronica is a slab of stale white bread where a gourmet five-course meal should be. She’s a vanilla Yankee Candle hiding in a box full of firecrackers. An obvious knockoff trying to pass as couture . . . you get the picture.

It simply doesn’t work for a character who should be one of the most compelling and badass characters on screen at all times. In her defence, actor Grace Victoria Cox (Under the Dome) has big shoes to fill following Winona Ryder (Stranger Things) in the role, but still – something is terribly lacking with the character overall.

The dialogue doesn’t stack up to the original script

Heathers recycles direct lines and phrases from the original movie a bit too often – which wouldn’t be as much of a problem if the show’s script was anywhere near as sharp as that of the original movie. While the ‘88 classic, for example, used “very” as a go-to piece of slang, the TV show keeps insisting on trying to make “just” the new version. It shouldn’t bother; “just” is just never going to happen.

Does your heart still skip a beat whenever you hear Slater utter the immortal line “Our love is God. Let’s go get a slushie” in the original Heathers? Us too! Did your heart skip a beat when TV-JD reworked the line into “We’re young. We’re free. Let’s snort Adderall, make out, and get slushies”? Of course not. TV-JD is a total try-hard who killed our Heathers hard-on for Slushies.

Look, there’s every possibility in this topsy-turvy world that teenagers still love to keep physical journals and obsessively write down all their murderous secrets in them (despite their glaring lack of cryptographic securing mechanisms . . . and no, a mini-padlock is not that). But, realistically, modern Veronica would likely be jotting those thoughts down on her iPad instead. She might even be blogging them! What’s the point in making a modern remake of something if you’re not going to keep it modern?

Scream Queens called. It wants its jokes back.

The sad truth of the matter is that a modern Heathers remake already arrived on TV in 2015 courtesy of Ryan Murphy. It was called Scream Queens, starred Emma Roberts (Nerve) as Chanel, a blatant Heather, who bossed about a gang of girls also called Chanel, and it was near-perfect.

Scream Queens was full of biting satire, subservisive jokes about gender and sexuality, lashings of dark humor, and hilarious murder sequences – all of which Heathers is trying to do but, sadly, the mallet never quite hits the ball.