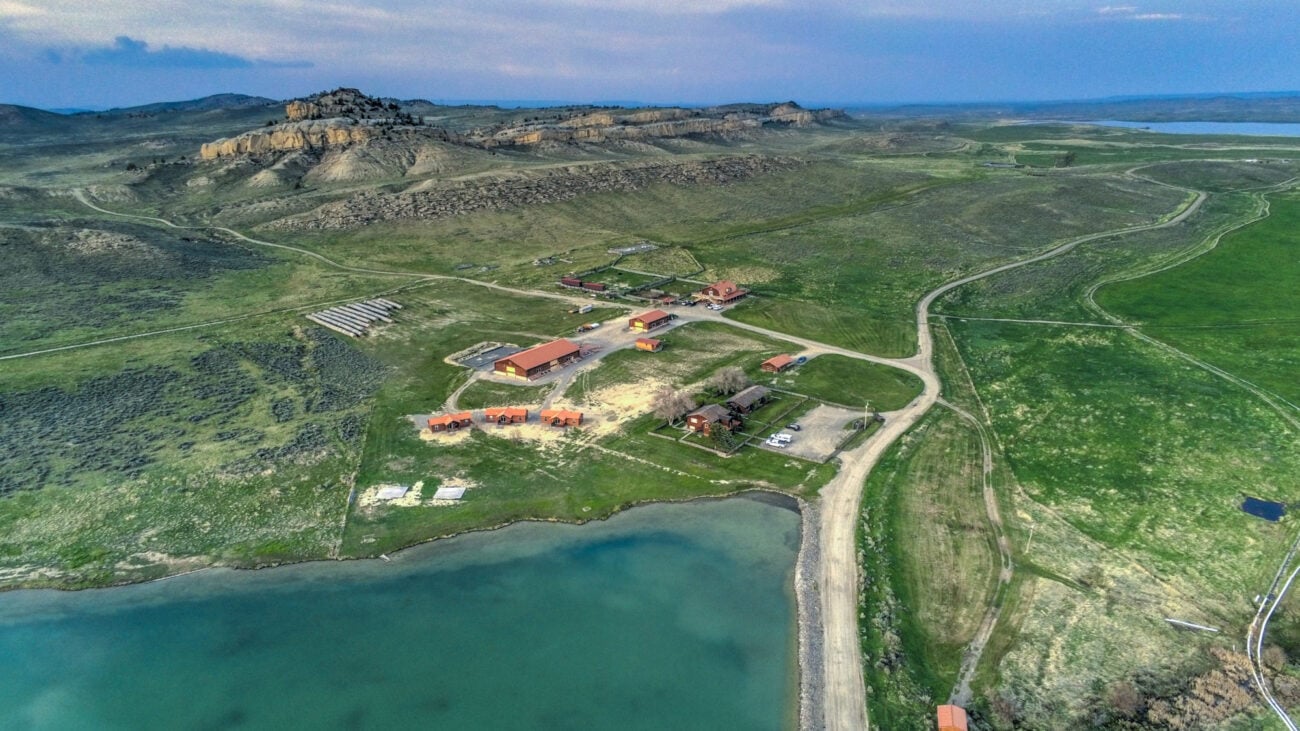 With all the attention on the Kardasians, some people might be wondering what happened to Kanye West. After Kim K announced her split from Ye in February 2021, all the tea’s been spilled about the Kardashian/Jenner clan. But what about the rapper? For all the tabloids have told us, he could’ve swum into the ocean to live with his fishy brethren.

Old South Park reference aside, Kanye has retreated, but to the mountains. He’s currently getting “Stronger” at his $7.7 million ranch in Wyoming, featuring eight buildings, a saloon, and a stable – blowing most celebrity pads from MTV Cribs out of the water. What could his house look like? Come with us as we check out Kanye’s divorced dad pad. 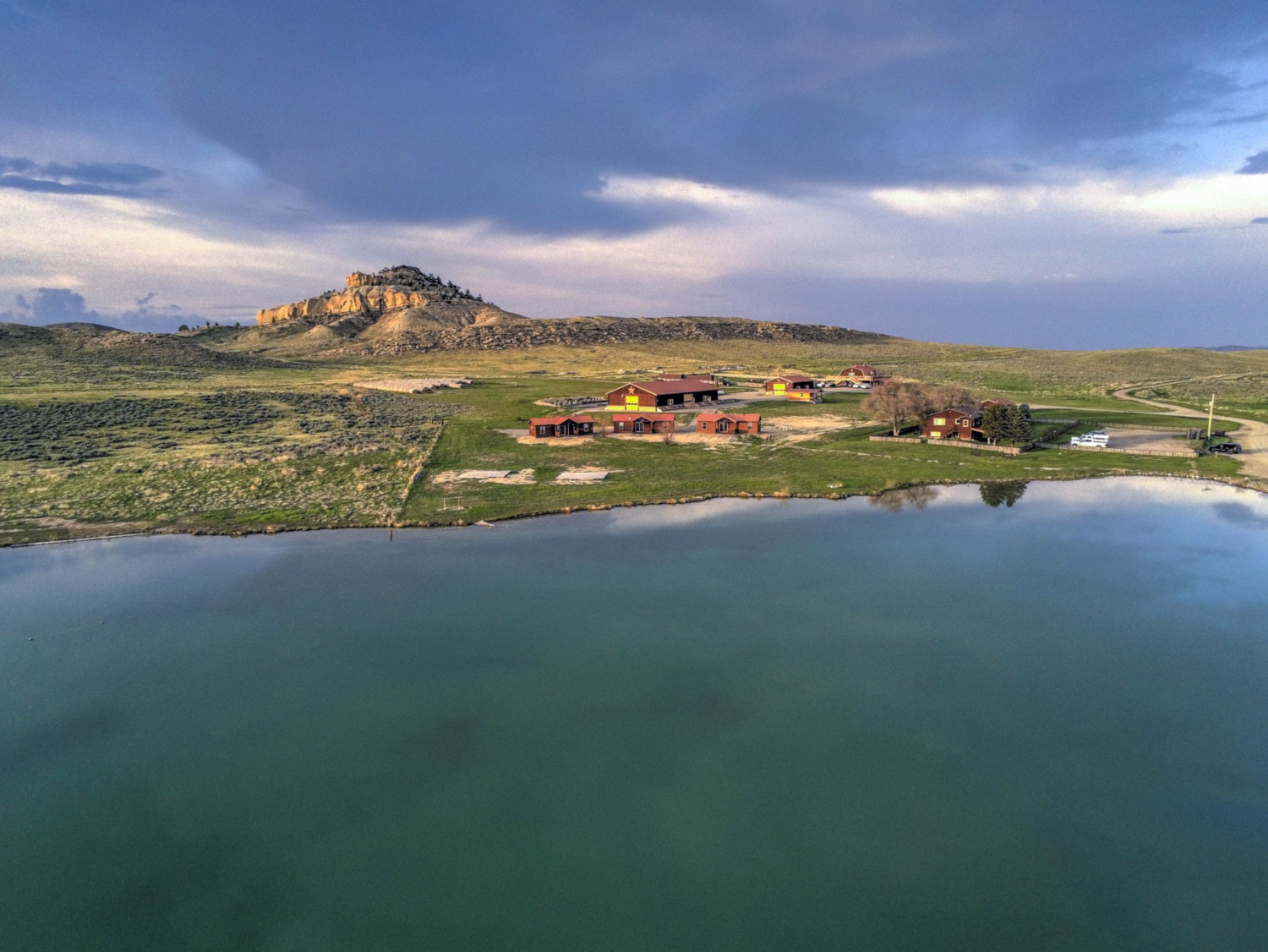 Despite the prevailing stereotype that most guys move into an apartment with nothing but the family dog after they split from their wives, Kanye West isn’t your typical scorned ex-husband. With a whopping net worth of $1.8 billion, the “Gold Digger” rapper has raked in enough dough to build his own Bat Cave if he wants one.

However, Kanye West might be less about Gotham and more about open skies & prairies given his property – a dream come true for any aspiring cowboy on the planet. According to The New York Post, Kanye West’s Wyoming abode is massive, made up of eight parcels, or land lots. One of those, Parcel No. 7, consists of one square mile perfect for hunting or ranching.

And as far as Kanye West’s house goes, try houses. His Wyoming residence is also not without room for plenty of guests. Each parcel has at least one luxury house on it. Kanye West even added two new luxury buildings to his sprawling property, which now boasts twenty-seven bedrooms and seventeen bathrooms total. 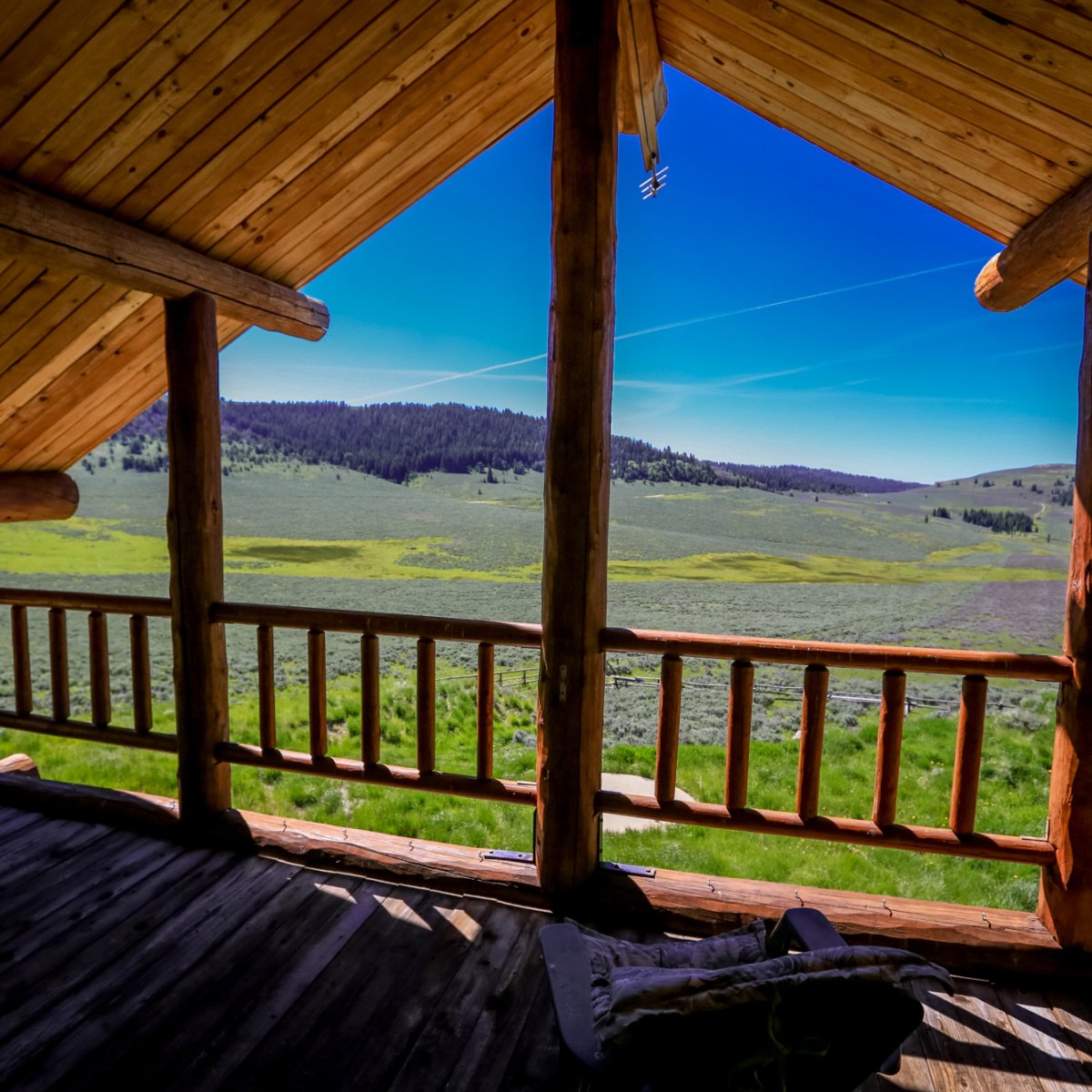 Kanye West’s property doesn’t just provide one luxury house per guest if they want it. Kanye West’s compound also holds a saloon, a meeting hall, and a dining hall, perfect for accommodating large groups of people. It also has a horse farm, spa, and a log-cabin bar. As for the people Kanye West could host, he’s already apparently rolled out the welcome mat – Justin Bieber’s tour bus was spotted on the ranch in July 2020.

The entire ranch itself is built on over 4,000 acres of land and two houses are built on a sprawling lake. Mountain views are plentiful from anywhere on this wide-open prairie. While the views alone would make us jealous, the images of Kanye West’s houses look more like a suburban neighborhood in the Rocky Mountain region of the U.S. combined with a church retreat.

In fact, Kanye West’s new home was originally not a house – it was a resort. When the Monster Lake Ranch Resort went up for sale, it boasted close proximity to Yellowstone Park. And while your mileage may vary on whether a “fifty mile drive” is close, it’s clear from the auction advertisement – Kanye West has no shortage of things to do while going through his split with Kim K.

In addition to the spa, saloon, and bar, the auction commercial also boasted a rifle range and trout lake on the sprawling property. In fact, the amenities are so vast and so many, each house on each parcel comes with its own. Parcel 1, for instance, has access to the 120-acre lake and a local restaurant & saloon.

Plus, the horses even get the gold-star treatment on Kanye West’s property with climate-controlled stables! 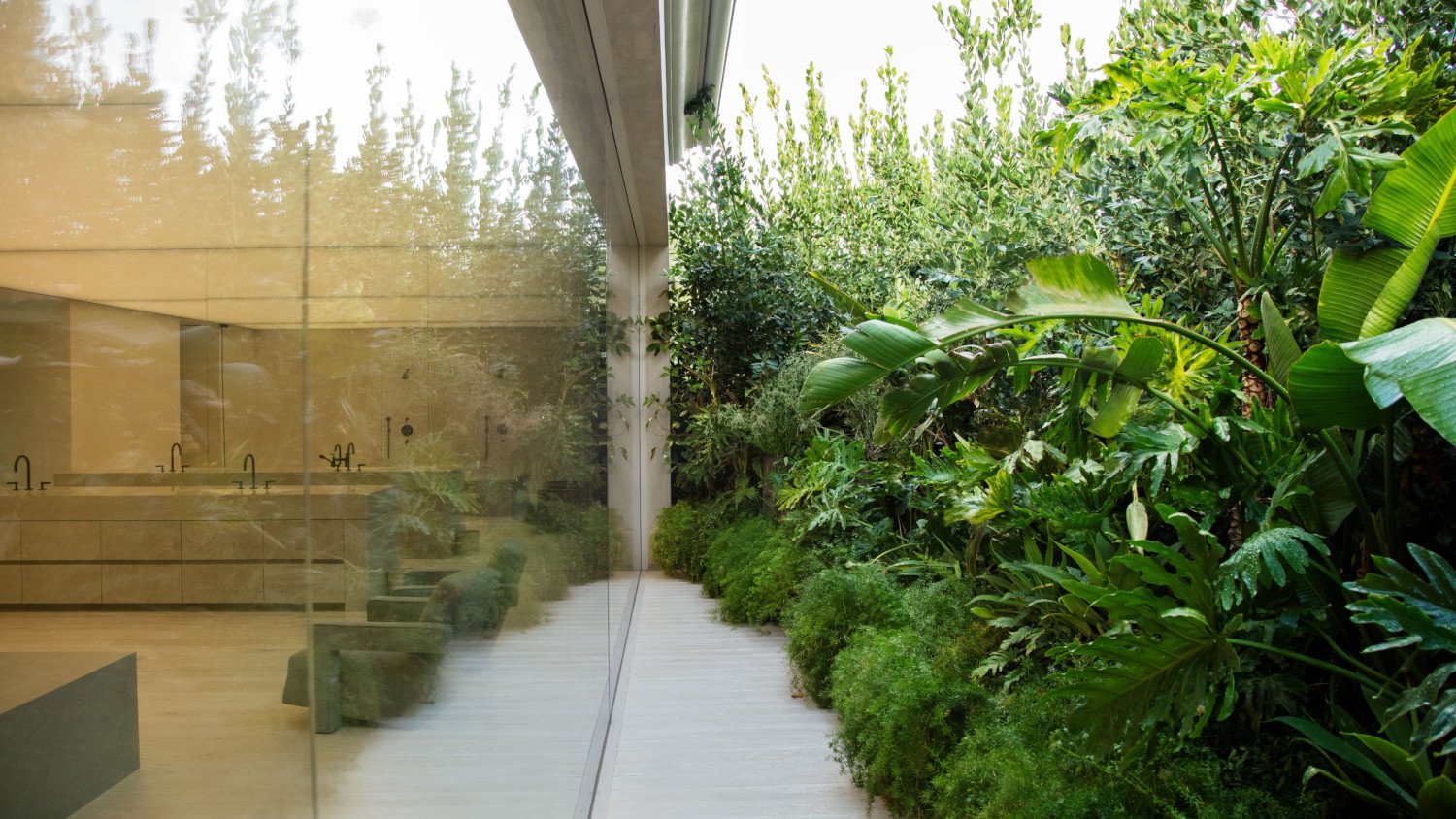 Going along with the stereotype of divorced couples, Kim Kardashian got their Los Angeles house. She is petitioning for joint custody with Kanye West of their four kids: North, Chicago, Saint, and Psalm.

Kim Kardashian and Kanye West purchased the L.A. home in 2013 shortly after North was born. The $60 million house was described as a “futuristic Belgian monastery” by Architectural Digest, who detailed the minimalistic and kid-friendly features last year. The L.A. house features a swimming pool, cathedral ceilings in the hall, a “natural color palette”, and natural materials like plaster & limestone.