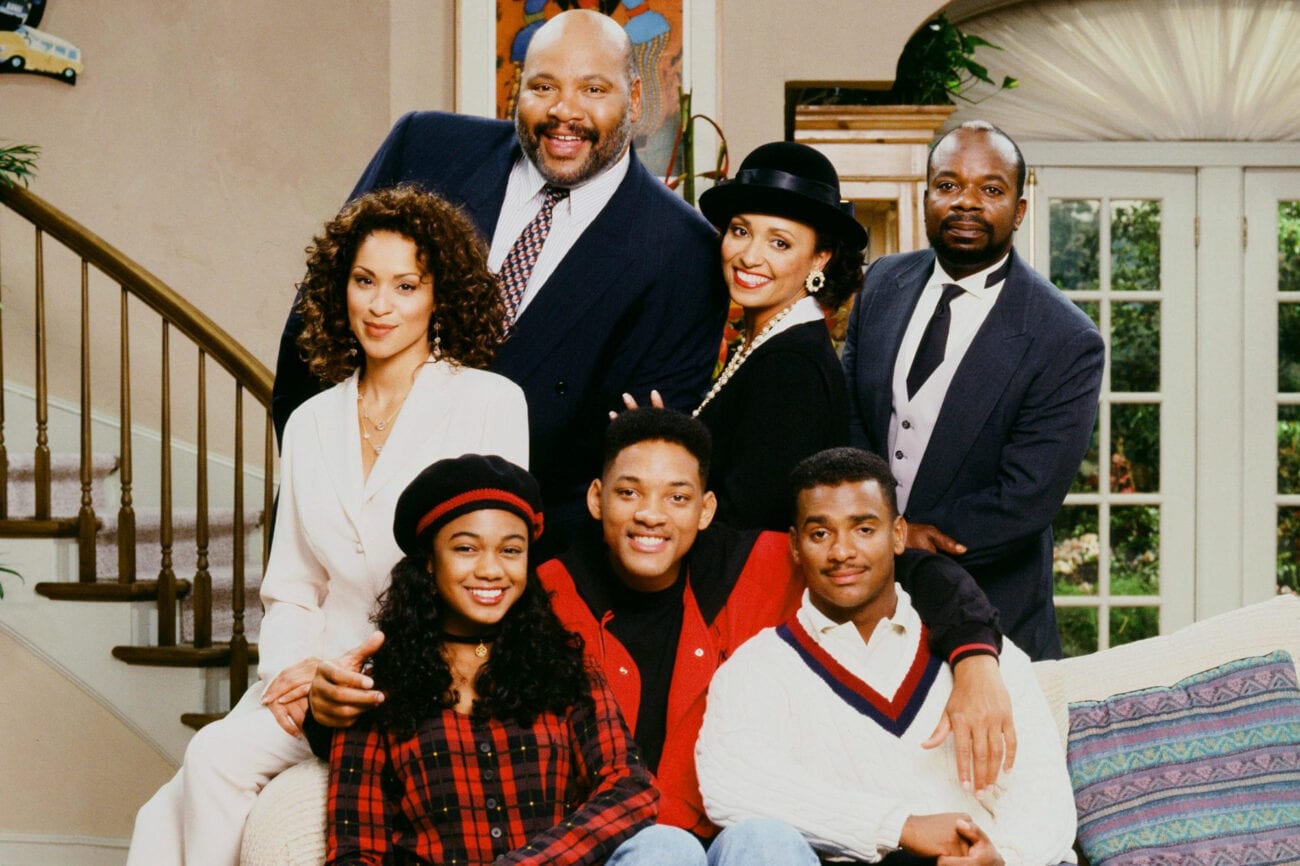 New fresh hell: WTF is up with the ‘Fresh Prince of Bel Air’ reboot?

This is a story all about how one of your favorite 90s sitcoms is going to get flipped, turned upside-down. You read that right. After a viral, dramatic trailer for a Fresh Prince of Bel-Air reboot went viral, producers are in talks to make it happen.

The fake trailer was produced by Morgan Cooper. It took the lovable, lighthearted sitcom about a streetwise kid who gets sent to live with his rich aunt & uncle and made it dark. Goodbye, lovable, bumbling Uncle Phil. Hello, hardass Uncle Phil who lays down the law.

Right now, the dramatized Fresh Prince of Bel-Air is in a bidding war between Peacock, Netflix, and HBO Max. The latter is the original Fresh Prince of Bel-Air’s home. The executive producers of the 1990s sitcom, Andy & Susan Borowitz, Will Smith, Quincy Jones, and Benny Medina are taking their old sitcom and turning it dark. 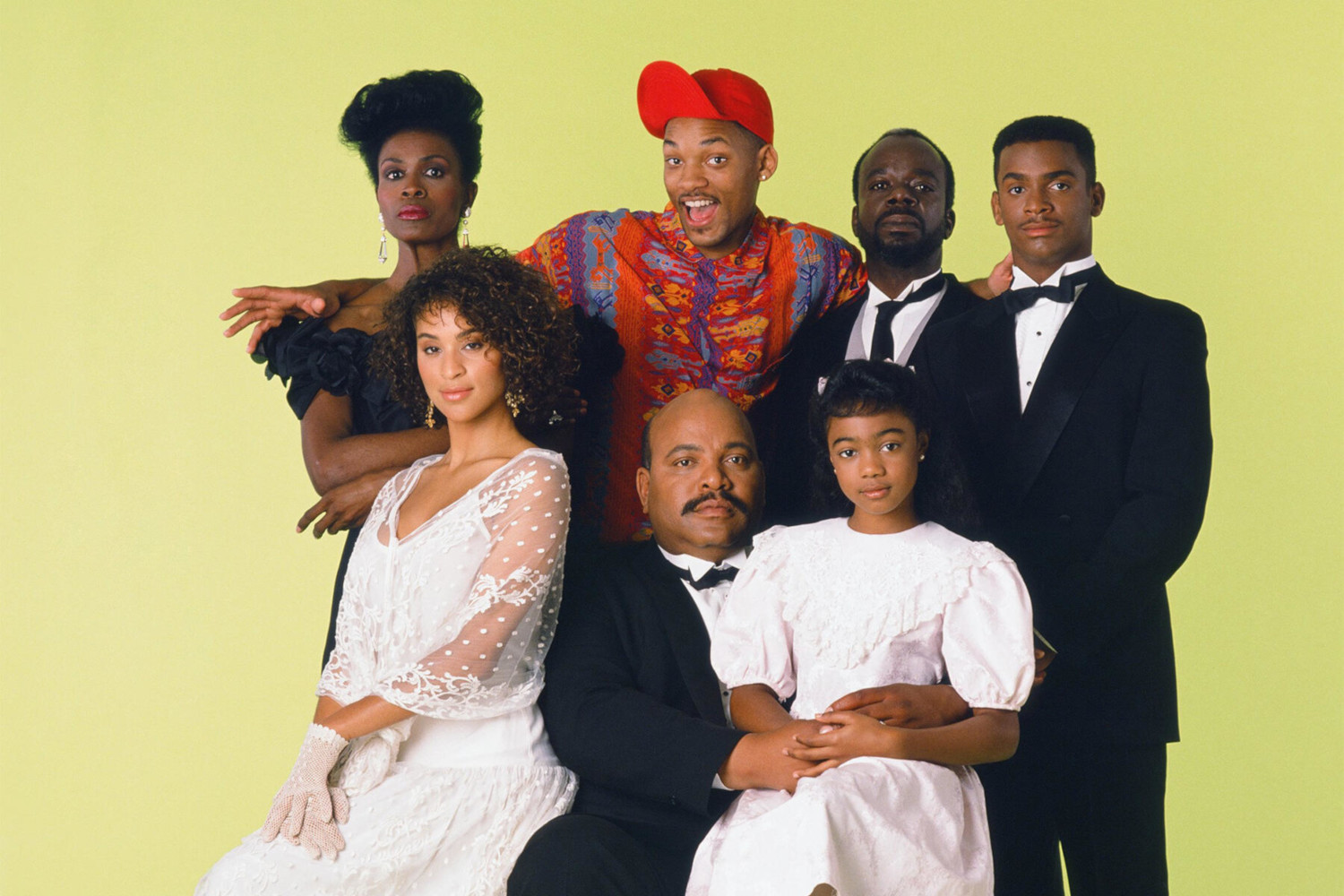 Chris Collins, who did work on Crash, Sons of Anarchy, and The Wire, is billed as the new Fresh Prince of Bel-Air’s showrunner. These aren’t lighthearted sitcoms full of bumbling, lovable characters who teach special lessons at the end of the show. It’s clear that the trailer means business, taking the sitcom into the dark, gritty territory.

Can the new show pull it off? The trailer for the new Fresh Prince of Bel-Air reboot takes the story in the theme song and makes it dark. Instead of Will downplaying his “one little fight”, we see a full-on gang battle that multiple armed cops have to shut down.

Once in Bel-Air, the house looks beautiful, but the shots they use make the prison. A dinner scene with a white family feels more like I’m watching Get Out than reimagining my childhood characters. 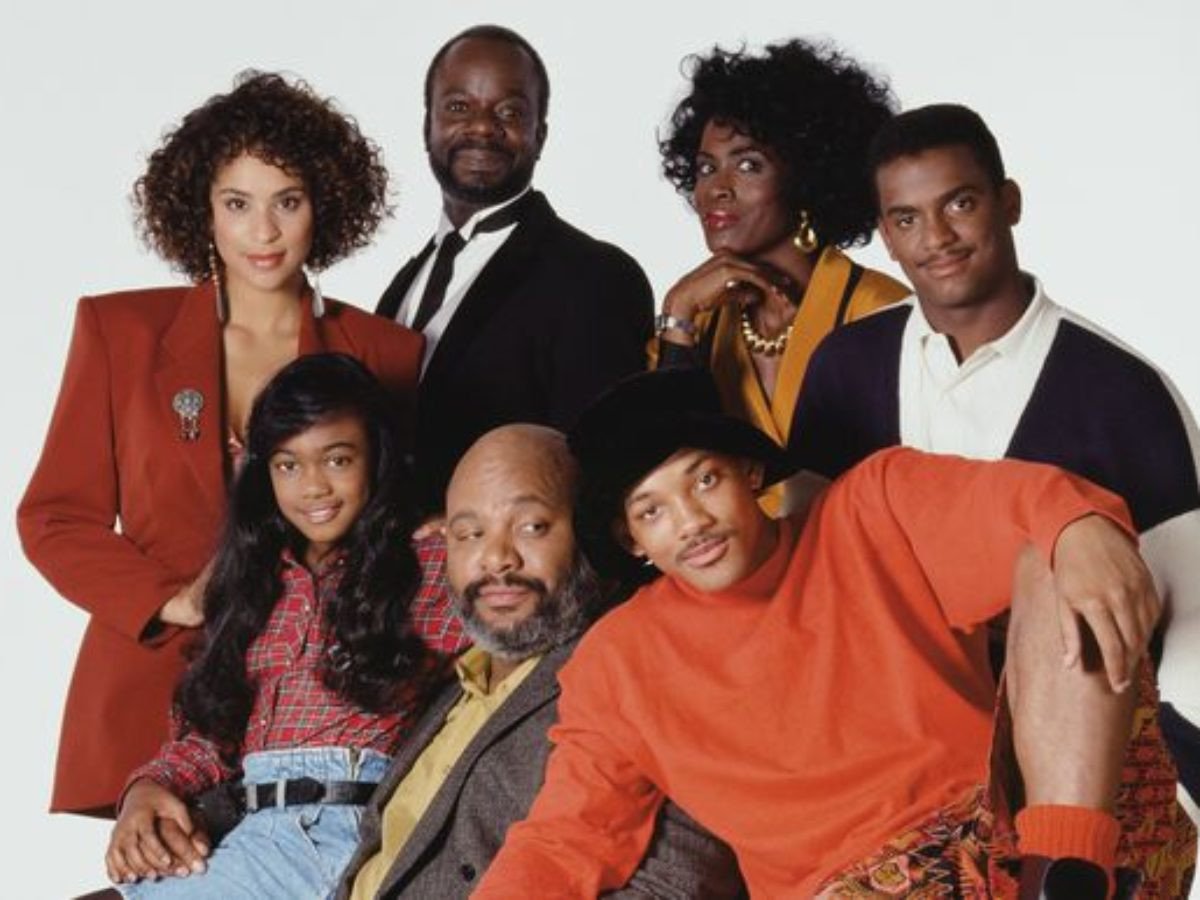 Will with a gun?

In the Fresh Prince of Bel-Air reboot, Will gets caught with a gun. He gets sent to Bel-Air because Uncle Phil called in a favor to keep Will out of prison. Due to U.S. mandatory minimum laws, we doubt Uncle Phil has enough pull to keep Will out of jail for an illegal gun. It’s a sitcom plot in an over-dramatized premise.

Remember the episode where Will & Carlton are held up, Carlton wants to get a gun to protect himself, and Will talks him down? If they include that plotline in an episode of the reboot, will they overdramatize the plot of this “very special episode” even more? 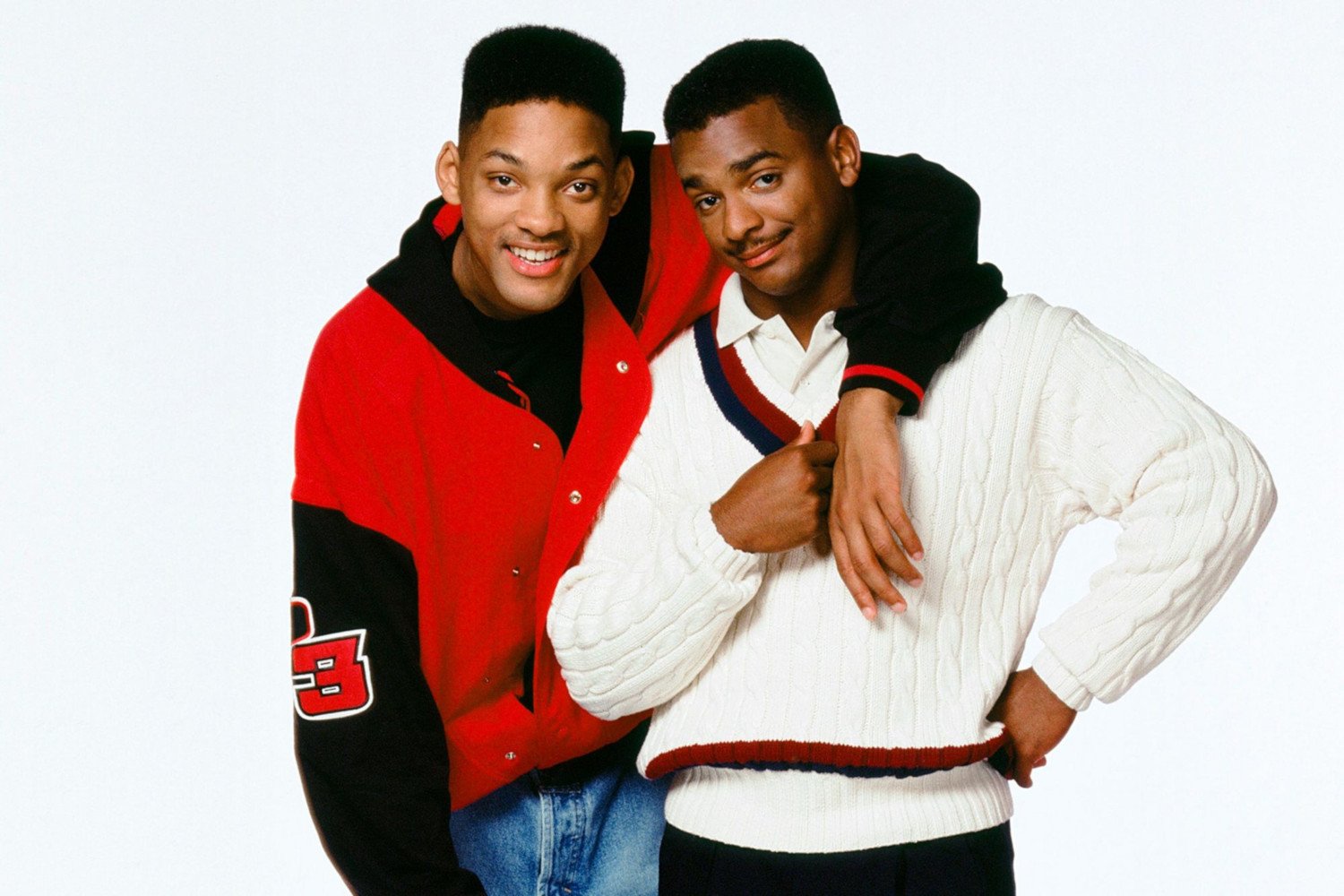 Why are Will & Carlton fighting?

Will & Carlton have their moments, but through the show, they become great friends. Carlton is the sheltered dork compared to Will’s more suave, streetwise persona. We can’t imagine a hostile Carlton doing his memorable, lovable, adorkable dance. To be fair, we get a cameo of Carlton doing the Carlton that makes us smile.

Here, Will’s the outsider and Carlton is the one bullying him when he moves to Bel-Air. Through the trailer, we see Will hitting his stride, especially when he meets his BFF, Jazz. Given that Uncle Phil doesn’t like him in the sitcom, we have to wonder if the tension between Phil & Jazz will reach peak intensity. 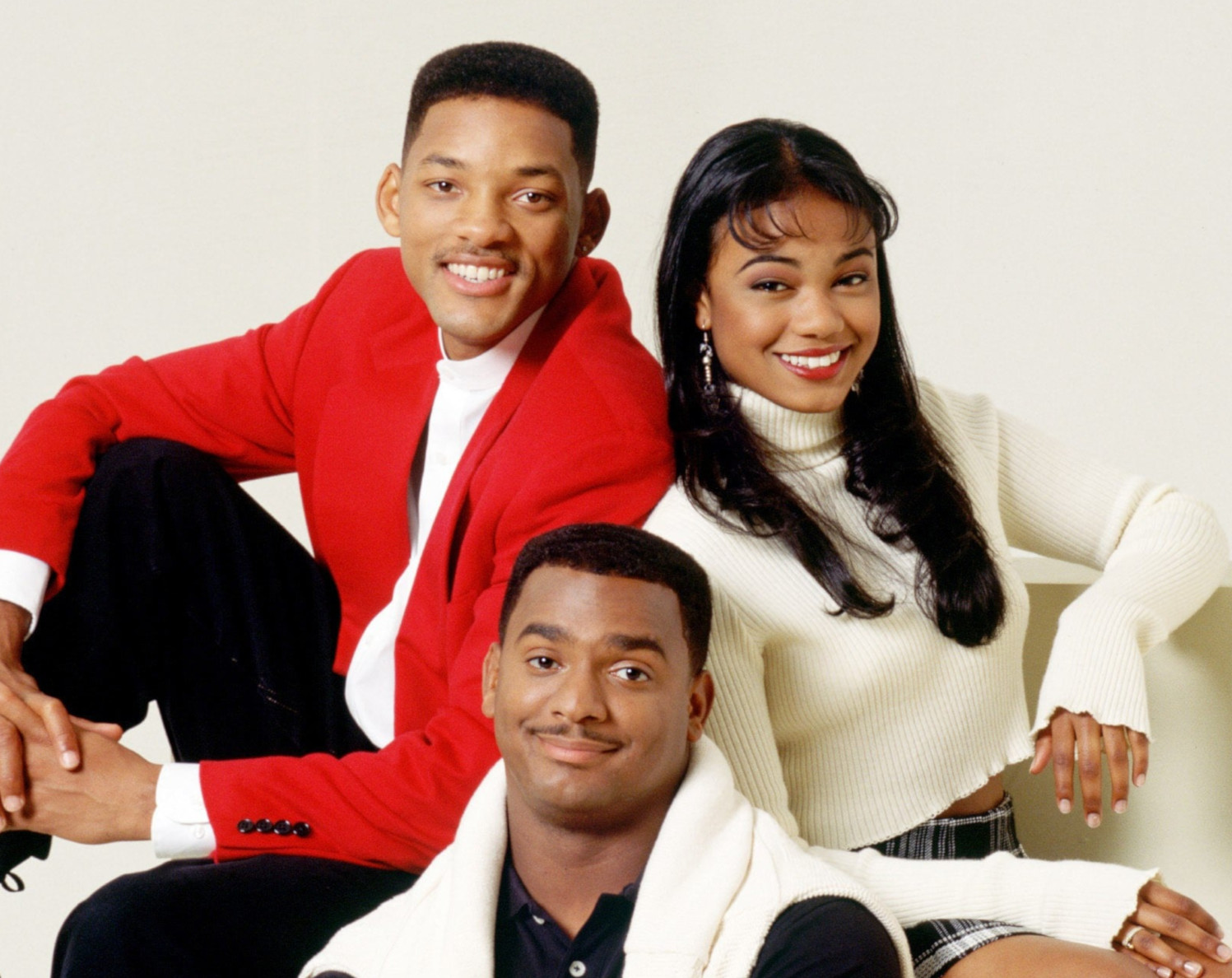 While nobody asks for reboots, not to mention taking a lighthearted sitcom and turning it dark, they’re guaranteed to bring in money. Viewers subscribe to streaming services for familiar titles, which is why this Fresh Prince of Bel-Air reboot will rake in cash for whoever snags it.

Is it the reboot we want? The original sitcom tackled sensitive issues but did so in a light, family-friendly way. Do we want to see a darker Will, Carlton, Jazz, and the rest? It may be interesting to see a different take, especially with the world in the state it’s in. Personally, if we return to Bel-Air, we want to return to a place that feels like home.

However, maybe a gritty reboot will give a new dimension to The Fresh Prince of Bel-Air. We’ll see how it goes, and which streaming service will make bank from this beloved sitcom’s name.

The gritty Fresh Prince of Bel-Air reboot isn’t the only one in the works. In 2019, rumors emerged that the beloved sitcom would come to Cartoon Network and be remade as a family-friendly cartoon. Maybe we’re getting two reboots out of The Fresh Prince of Bel-Air, a darker one for grown-ups and a cartoon for the kids.