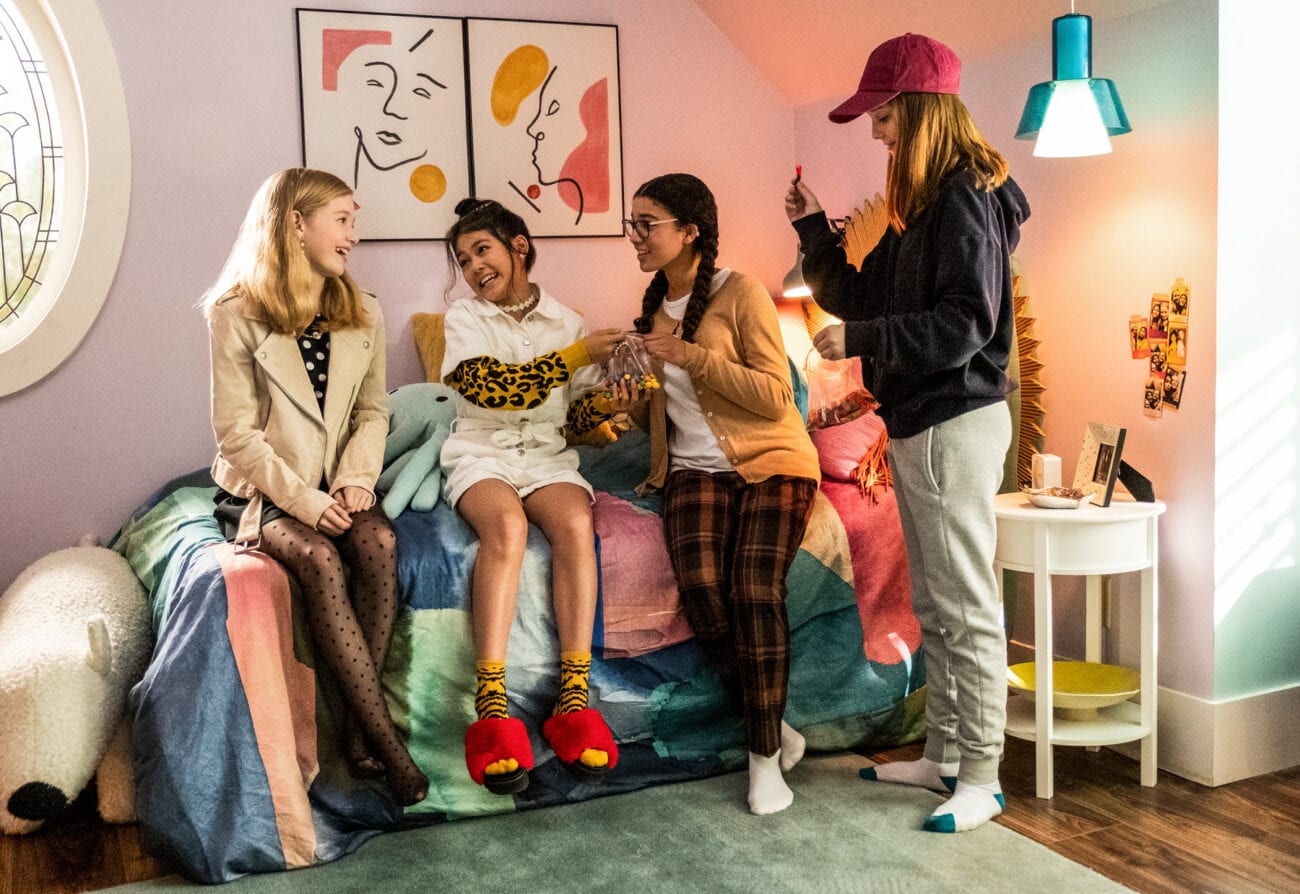 The most iconic moments from ‘The Baby-Sitters Club’ reboot

How does an adaptation of an 80s book series manage to keep the nostalgia while also adapting to a modern era? Surprisingly, with very little trouble. The Baby-Sitters Club is coming into the 21st century both figuratively and literally thanks to a modern day reboot on Netflix. The iconic book series by Ann M. Martin is winning over fans and critics alike with the new series.

Even with a modern day setting, the series still stays true to the original books, from recreating one of the covers for the poster, to giving Kristy her own phone line and therefore having the meetings in her room. Heck, the characters feel like they walked off the page, leading to plenty of iconic moments in just season 1. 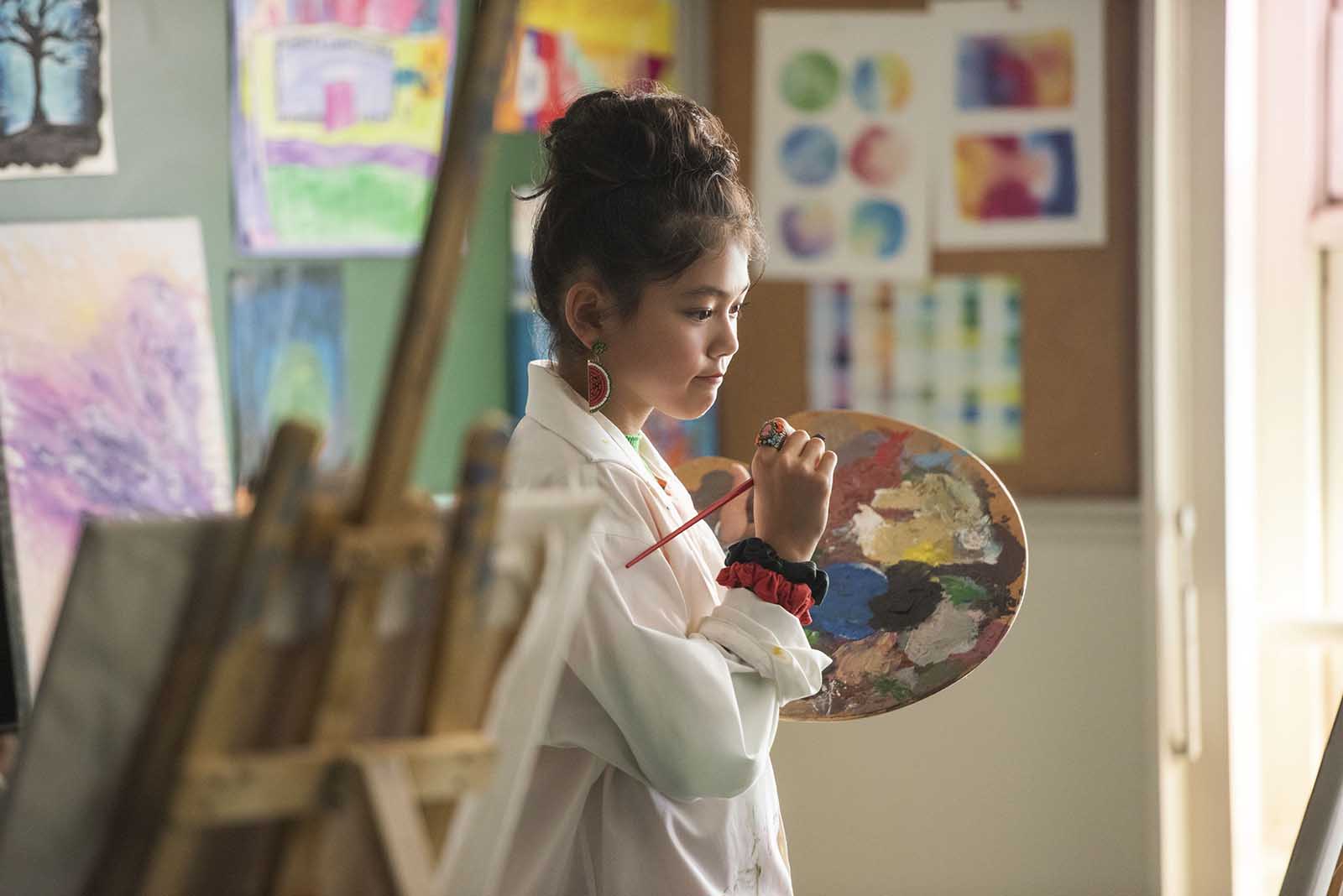 Sure, we meet Claudia in the season premiere, but episode 2’s introduction to the character is everything we needed. She’s the cool artist kid who’s struggling with her own insecurities, but the minute she picks up a paint brush, everything goes away and it’s just her and her art. Everyone wants to be Claudia. 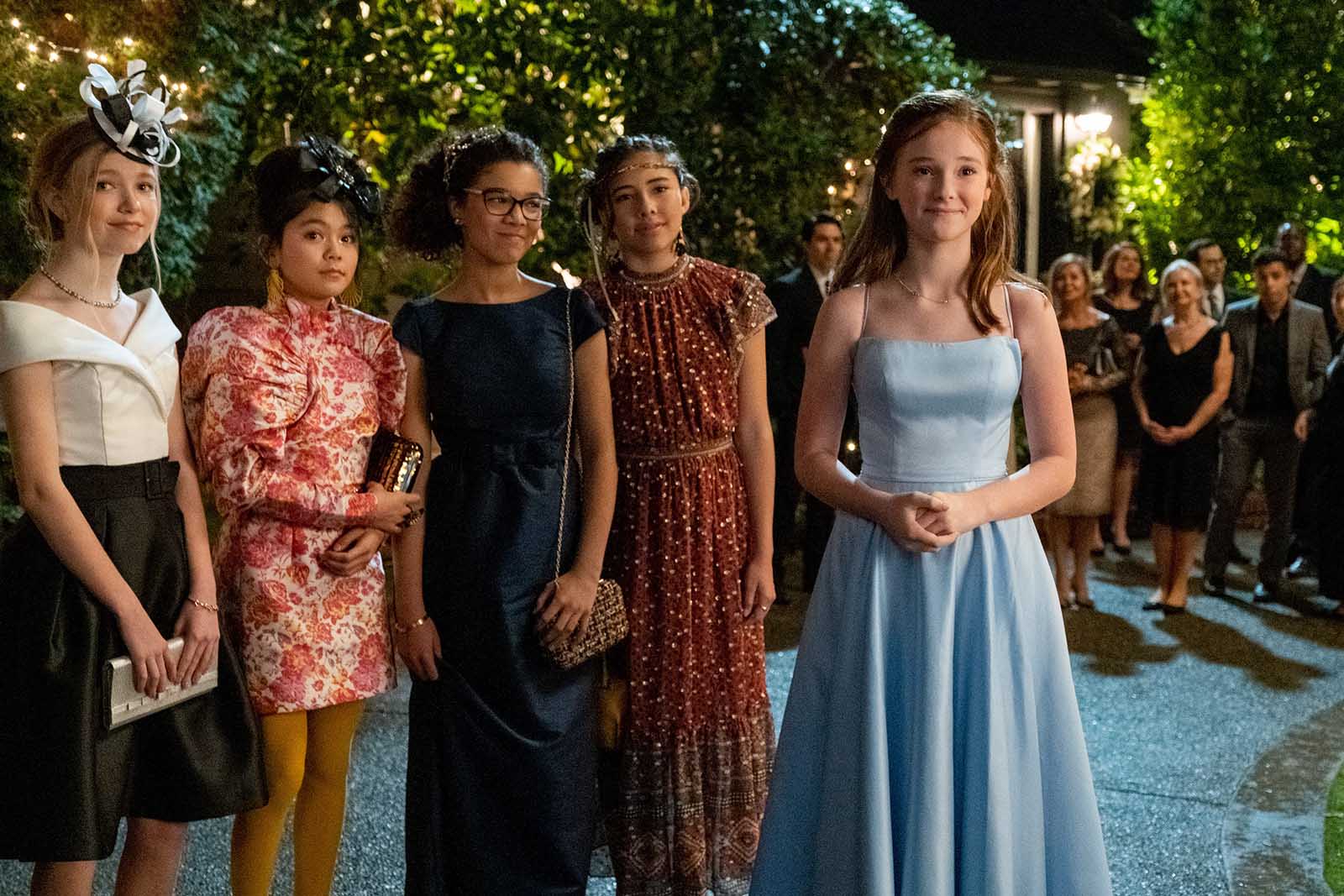 Kristy (Sophie Grace) getting her period for the first time

Every menstruating person knows this struggle: That first time you go to the bathroom and there’s something in your underwear that shouldn’t be there. But watching all the girls who already got their period helping Kristy during her mom’s wedding is really touching. 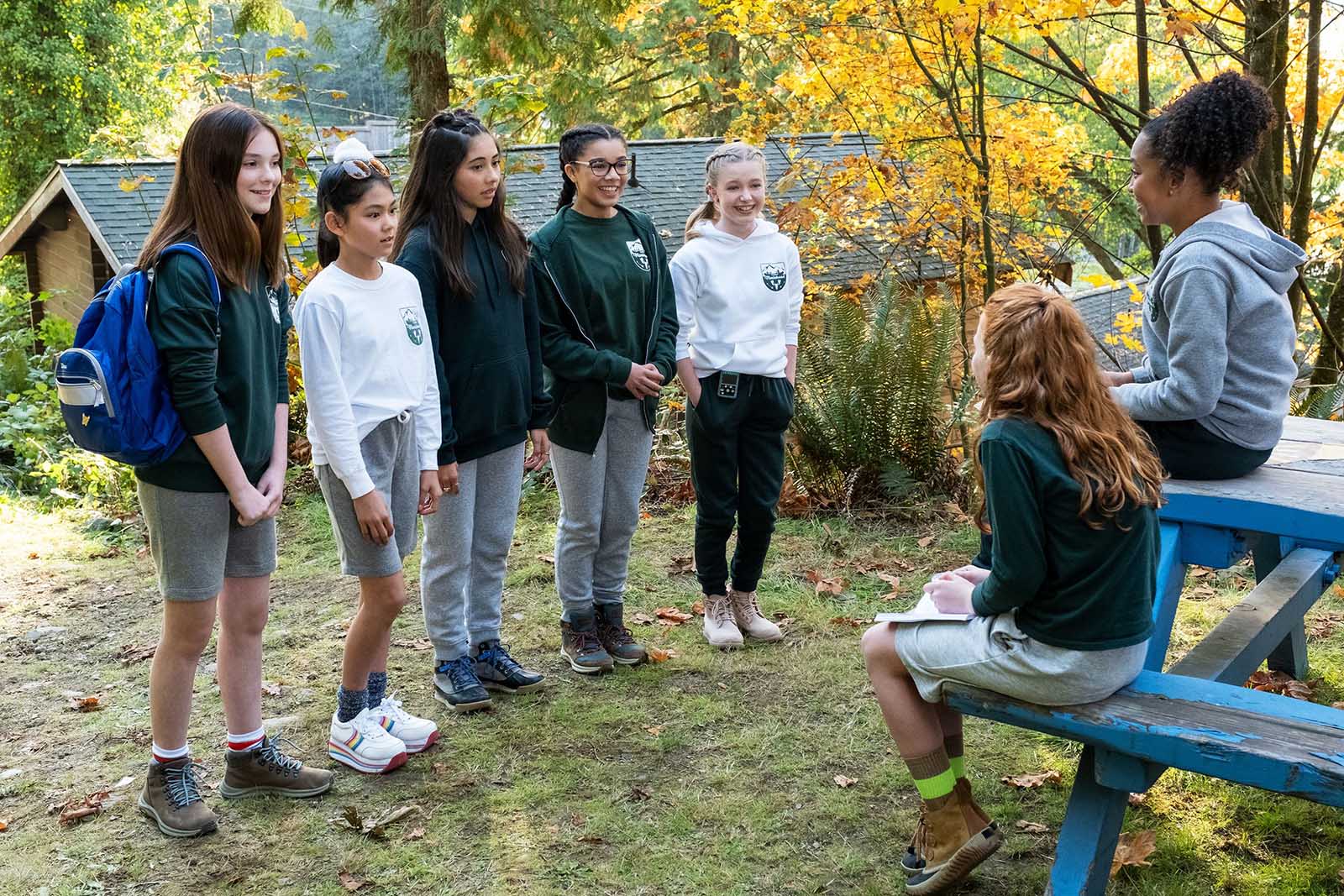 As the campers are protesting Claudia getting in trouble for their stunt they pulled, Dawn helps lead them to barricade the entrance for their lie-in out of furniture nearby. It’s a shock they didn’t just break out singing “Do You Hear the People Sing?” while doing so. 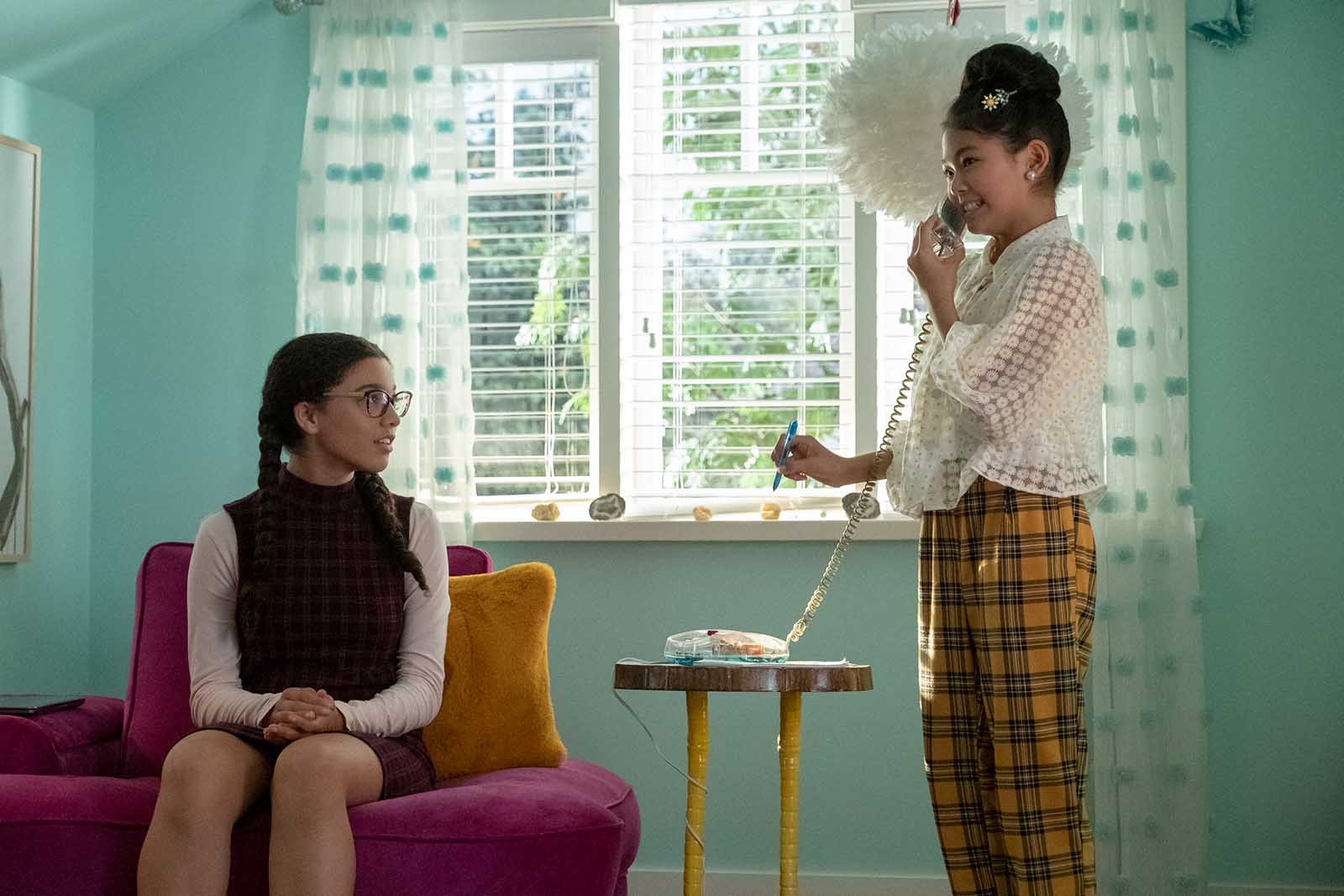 Mary Anne Saves the Day is Mary Anne’s big book where she takes a sick child to the hospital that she’s looking after. But to make her hero moment even bigger, she tells off the doctors’ misgendering Bailey as well as ignoring Bailey’s request for a different colored gown. It’s a big moment for her as she’s still a bit of a shut-in thanks to her father. 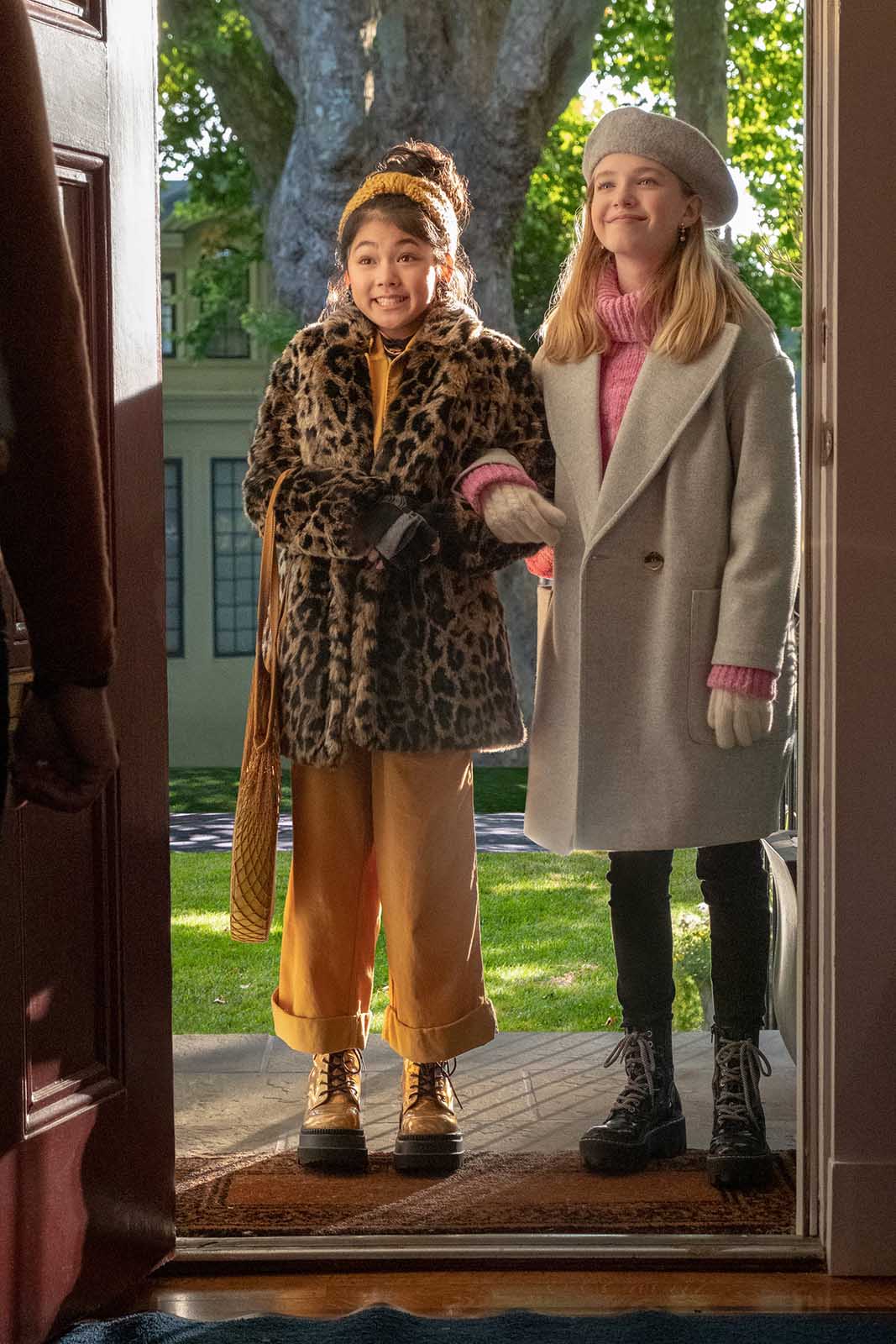 All the girls coming to the aid of Stacey (Shay Rudolph)

Changing the reasoning behind Stacey’s move was extremely tragic as now, she was humiliated by a video of her having an insulin shock-induced seizure. So when the Baby-Sitters Agency tries to bad mouth the Baby-Sitters Club with this video, all the girls step up to help make things right and make it clear that Stacey is still hip and cool af, even with an insulin pump.

The Baby-Sitters Club was and still is iconic to this day, for its portrayal of friendship, a variety of families, and teenage life. The modern update stays true to these themes, just updating accordingly with the times. You can check out the entire first season on Netflix now.