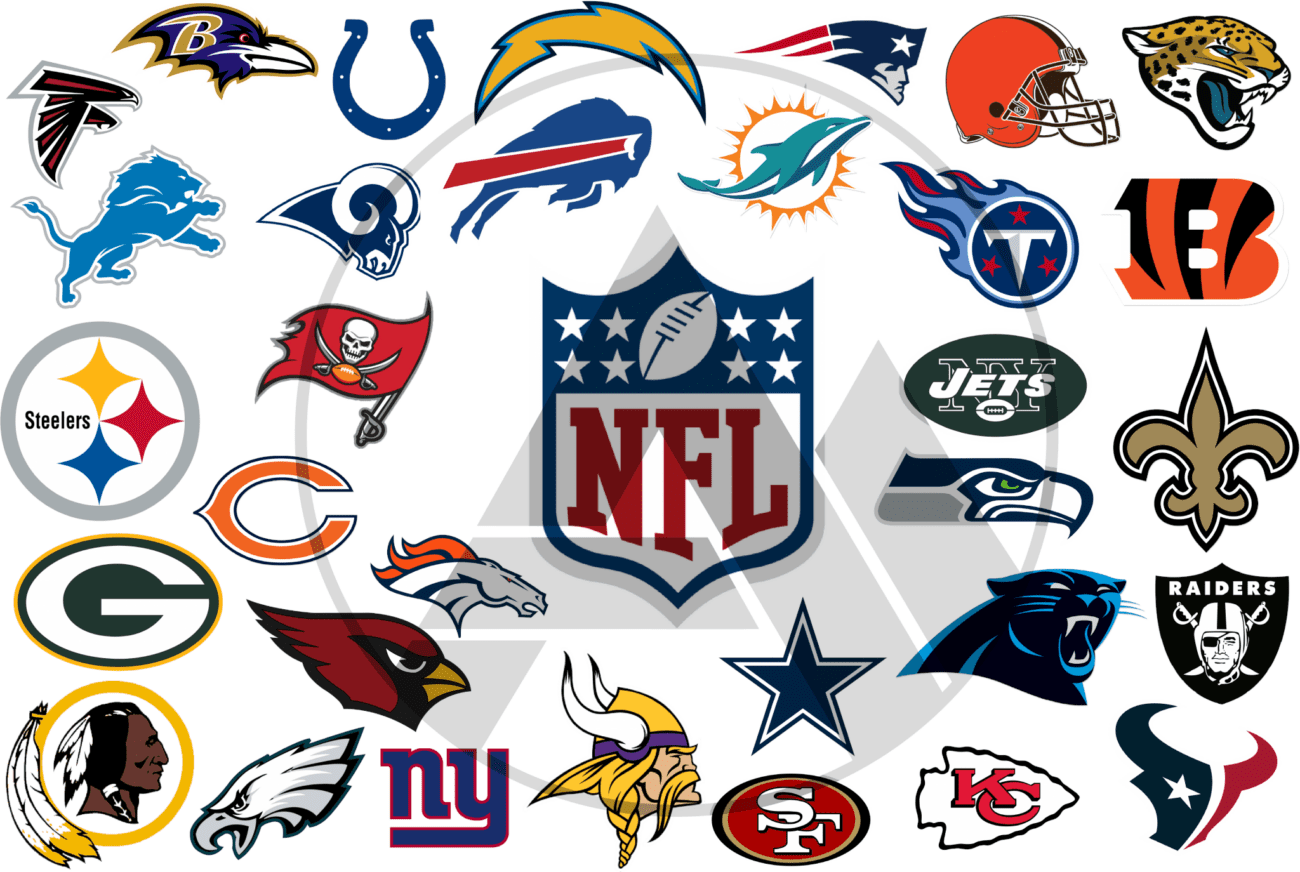 How do the NFL power rankings look going into week 3? Middle rankings

Some NFL teams are looking good this season, but are missing a small piece that would make them the complete package. The middle teams are the teams who remain competitive but haven’t proven yet that they’re as good as the top dogs.

These teams have the potential to be great, but haven’t quite shown it yet. Here are the teams in the middle portion of the power rankings so far. 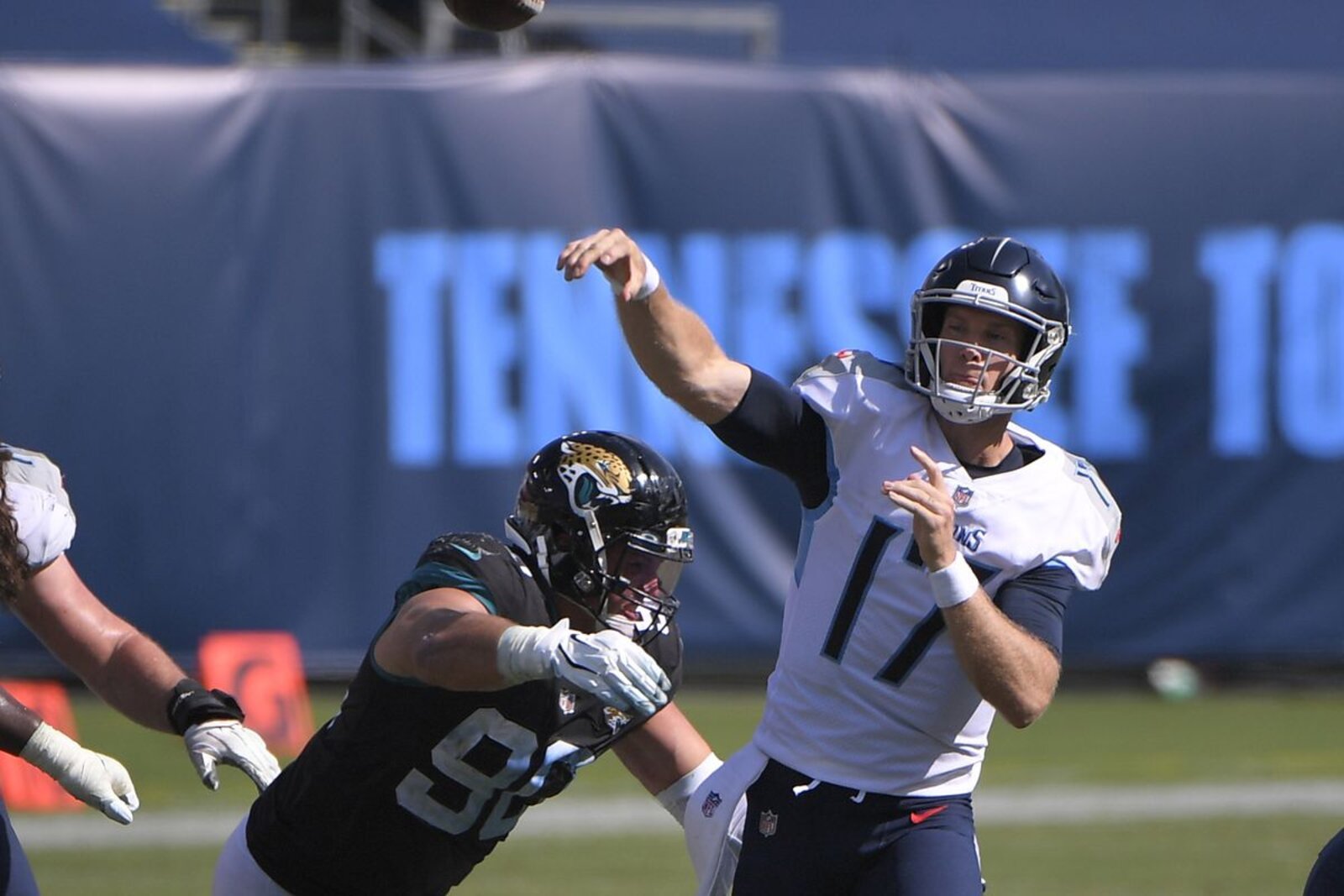 The Titans are 2-0, but both of their wins were very narrow to two teams they were expected to beat. The Broncos kept their offense at bay while the Titans defense couldn’t figure out how to stop WR Gardner Minshew and the Jacksonville Jaguars.

The Titans are still one of the better AFC teams, with RB Derrick Henry & QB Ryan Tannehill playing well. And the Titans’ defense shows promise, despite letting the Jaguars come back. 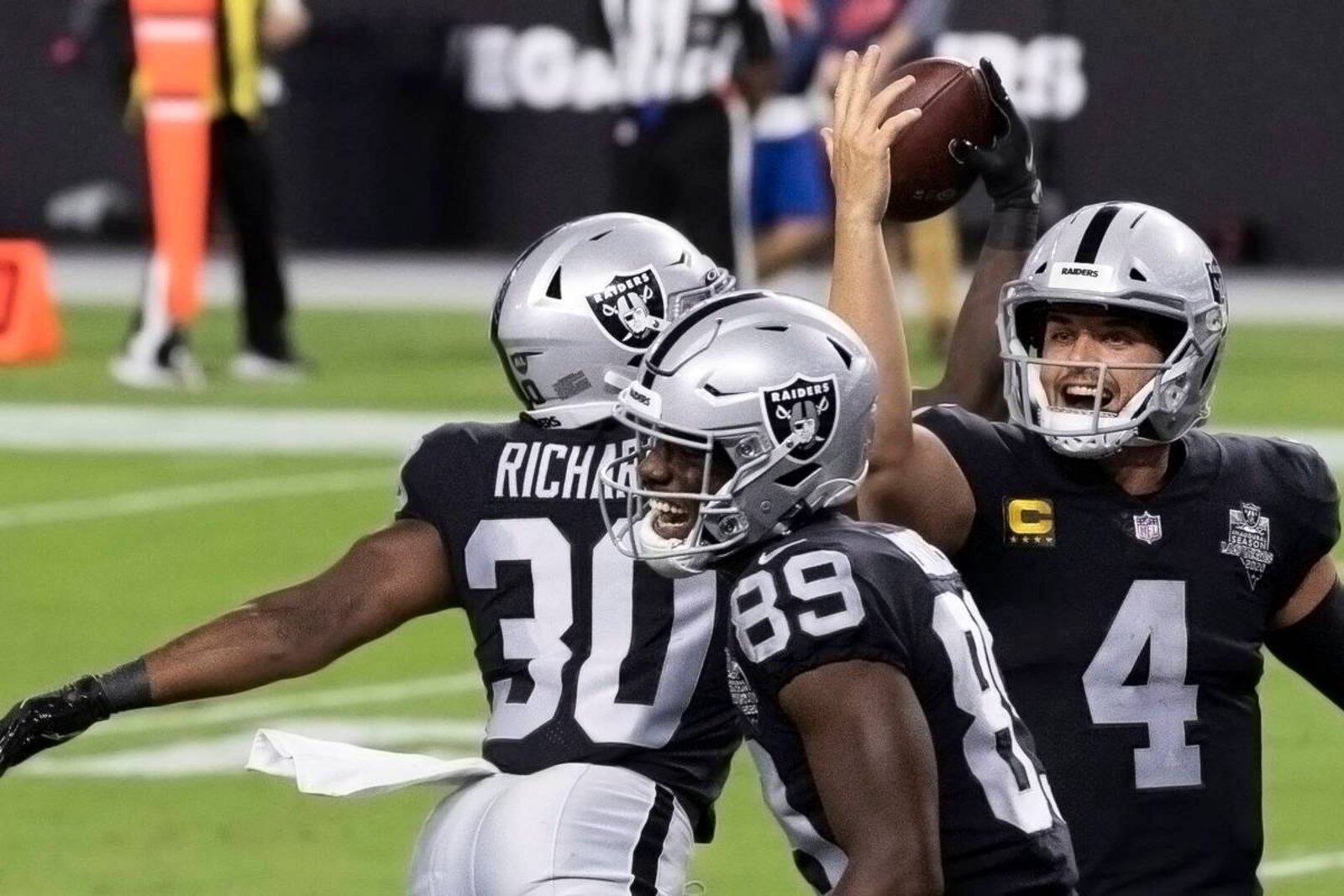 The Vegas gamble is going well so far. The Raiders narrowly beat the Carolina Panthers but achieved a huge upset win over the Saints. QB Derek Carr is playing well so far and has good weapons in TE Darren Waller and RB Josh Jacobs. The defense gave Brees problems all day, preventing him from leading a comeback. Let’s see if the Raiders can keep it going through the rest of the season. 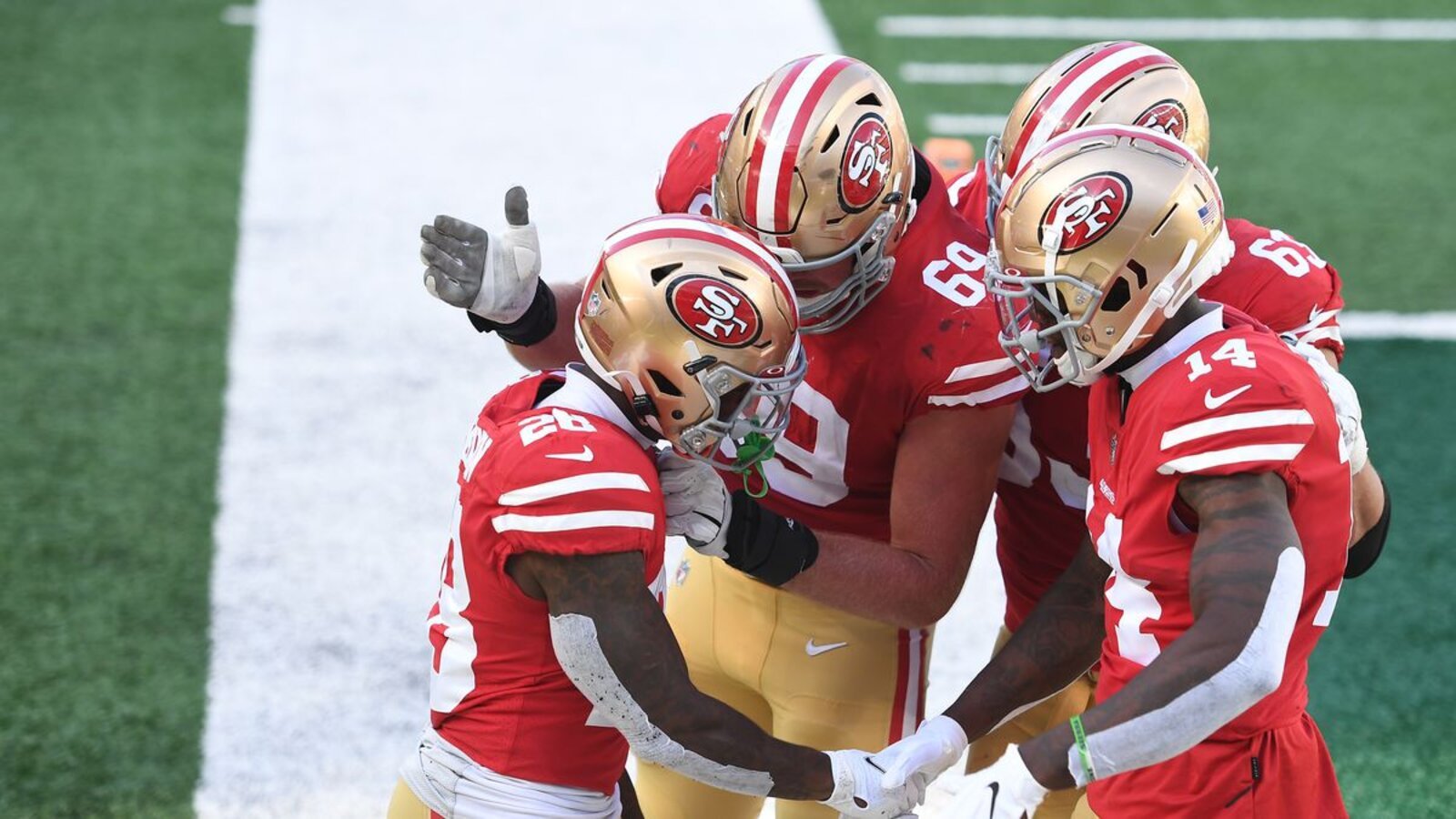 The 49ers got upset by a good Cardinals team in week 1, but still managed to blow out the Jets despite suffering a massive amount of injuries. Notable injuries included QB jimmy Garoppolo, RB Raheem Mostert – but the biggest loss was DE Nick Bosa, who is out for the season with a torn ACL. Hopefully, the 49ers can find a way to bounce back; they were Super Bowl contenders going into this season, after all. 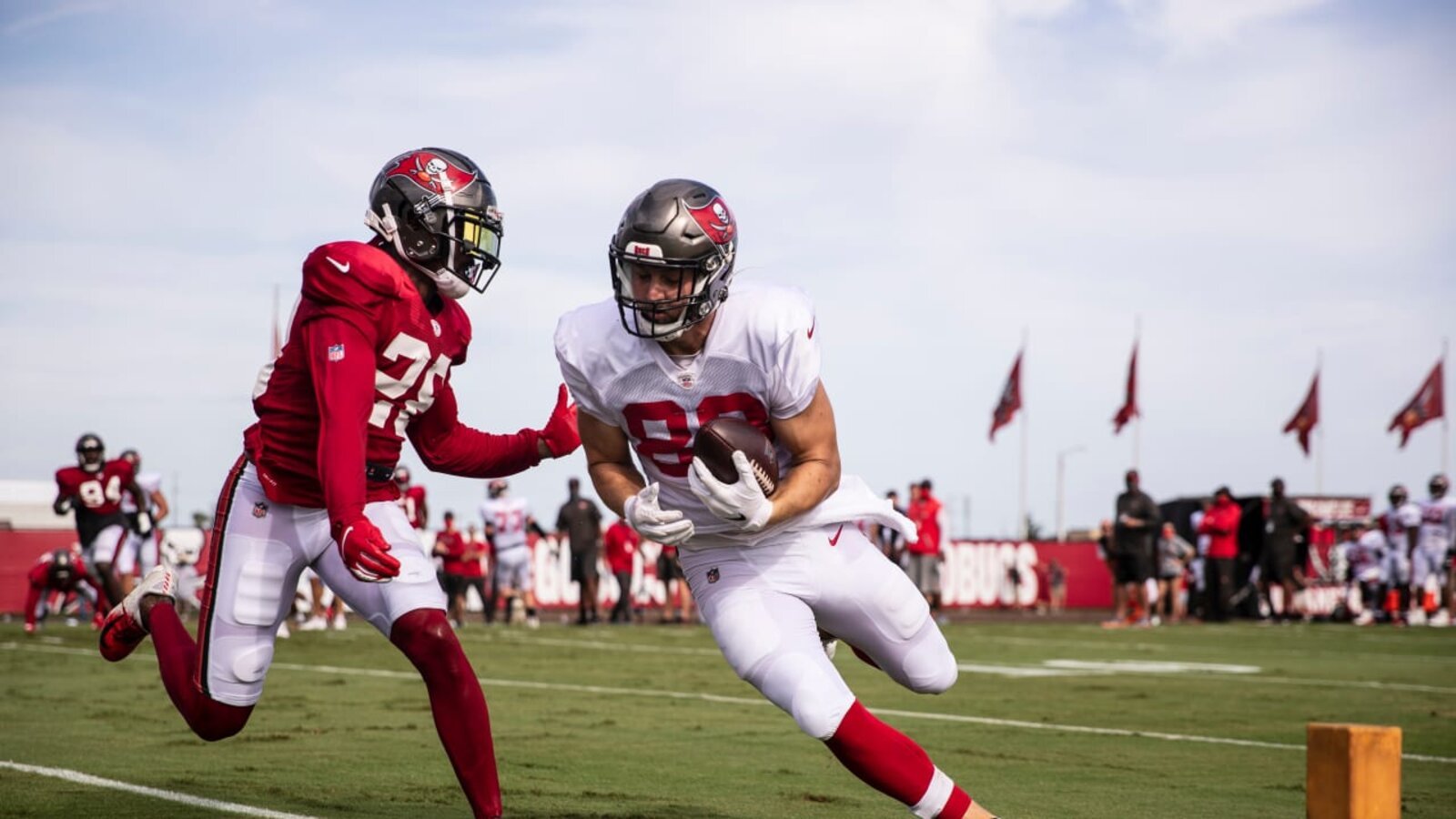 The Buccaneers managed to get their first win against the Panthers after losing to the Saints in week 1. Even though the Buccaneers offense was the story of the offseason, their defense is looking much stronger. This could be due to a lack of a preseason, but QB Tom Brady and his handful of great offensive weapons, including WR Chris Godwin, should be able to build chemistry as the season progresses. 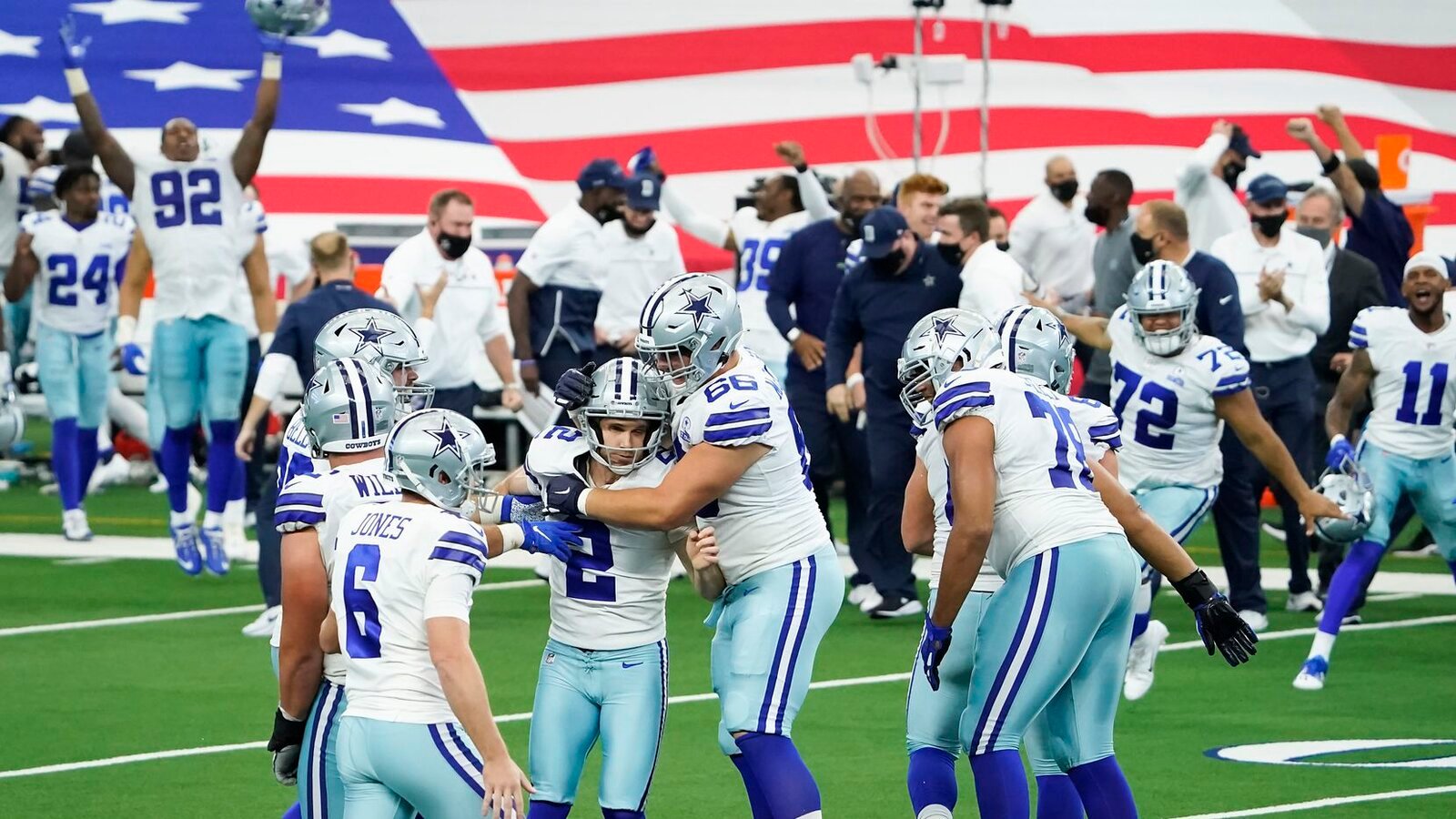 The Cowboys are the best team in the NFC East, a dubious title indeed, considering their competition. The Cowboys did pull off a miraculous comeback against the Atlanta Falcons, which they should have lost if a Falcons player had decided to pick up that key onside kick. New head coach Mike McCarthy has not proven yet that he’s the man to transform the Cowboys into the team they appear to be on paper. 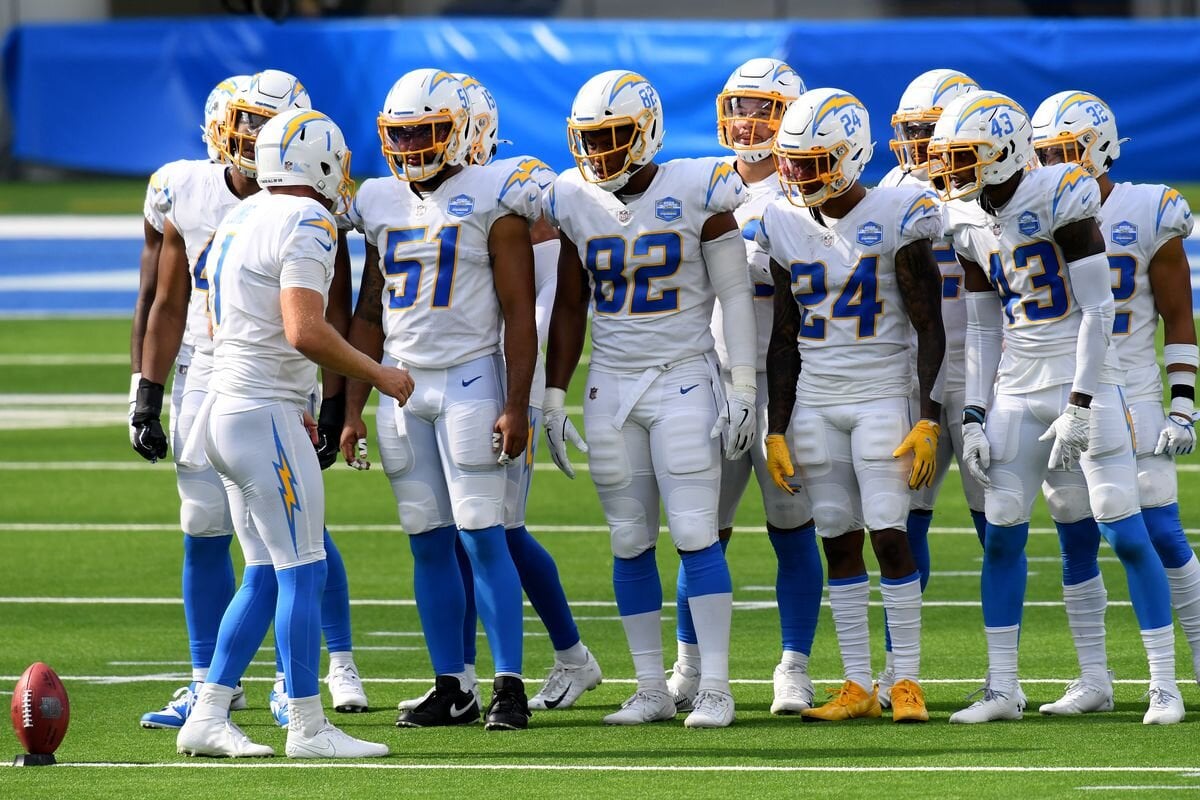 The Chargers eked out a win against the Cincinnati Bengals because of a missed field goal, but played an impressive game against the Chiefs, losing in overtime. The defense is looking good, but the Chargers still need their offense to get off the ground. Rookie QB Justin Herbert had a strong debut on Sunday, keeping the Chargers competitive with the Chiefs – maybe he’s the answer they’re looking for. 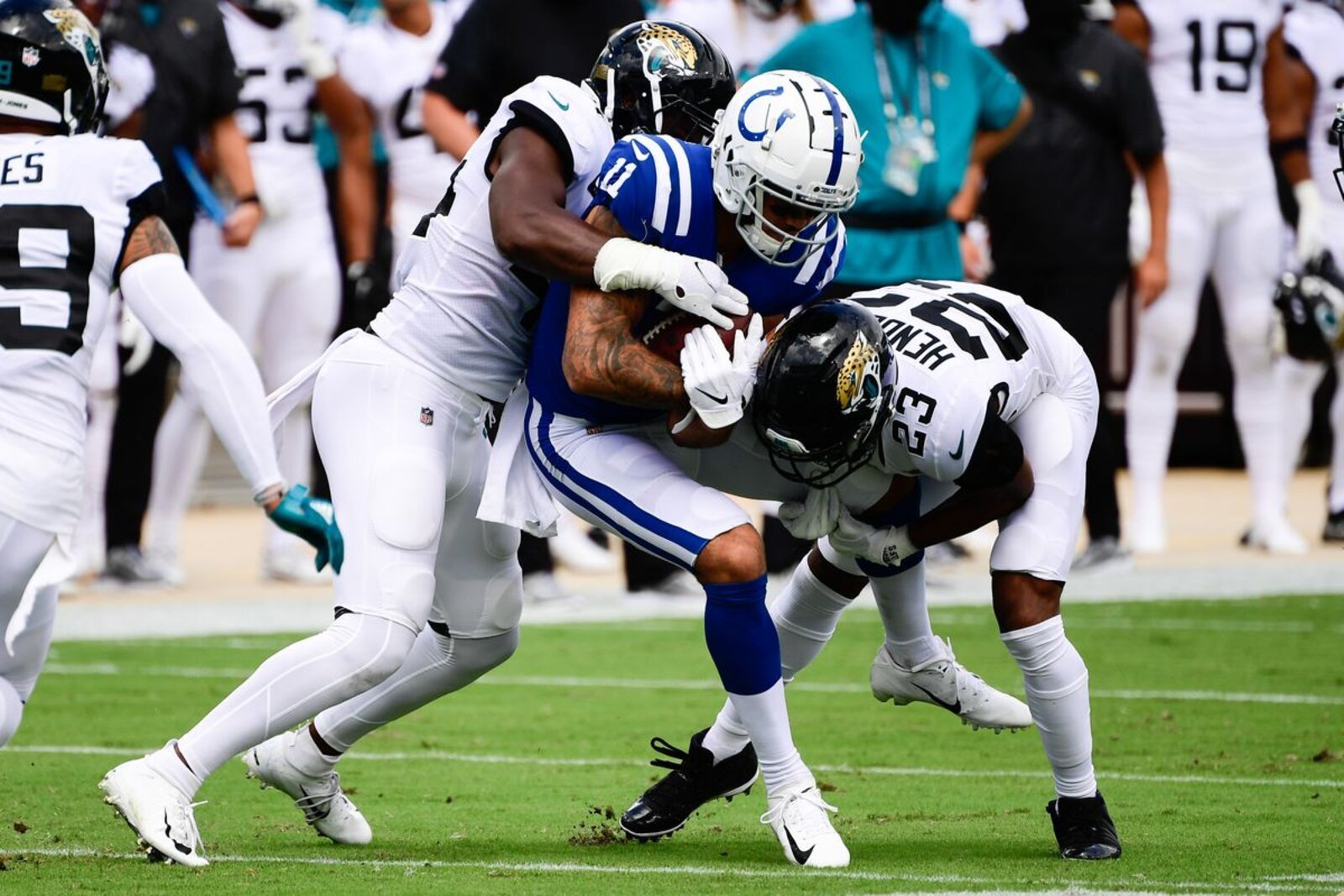 The Colts were stunned by the Jaguars in week 1 but responded well with a strong defensive performance against the Minnesota Vikings. QB Philip Rivers is still looking to build chemistry with his new team and build on their victory against the Vikings. The Colts defense looks to keep the team competitive against strong teams. The Colts did lose RB Marlon Mack to an injury, but rookie RB Jonathan Taylor looks promising. 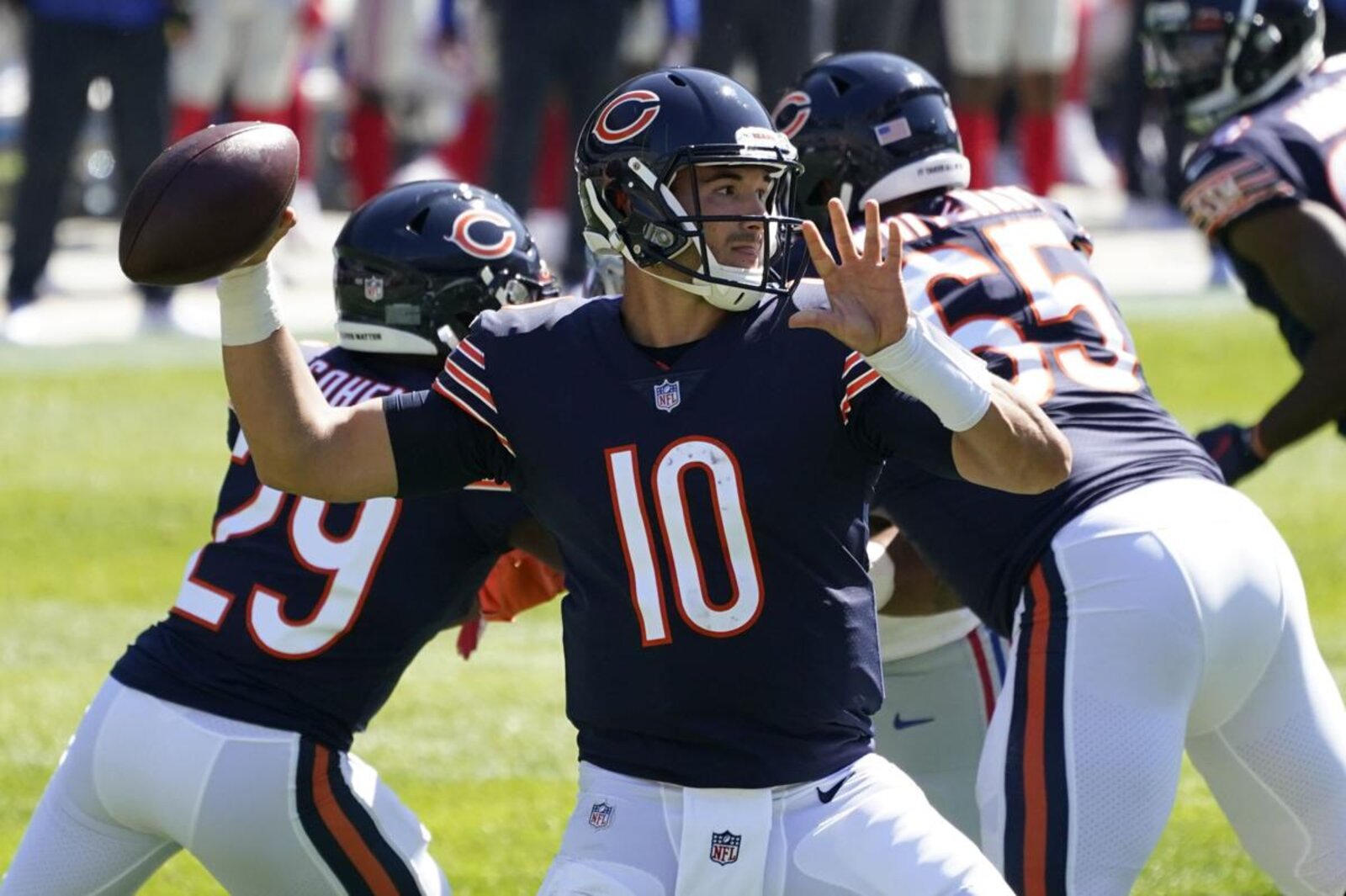 Yes, the Bears are 2-0, but they beat the Detroit Lions after a dropped touchdown pass, and only beat the New York Giants 17-13. The Bears are going to have to prove themselves against better teams before they can be considered a strong competitor. Mitch Trubisky looks better, but not good enough yet to justify his number 1 overall draft pick. All in all, Chicago is a big question mark, so far. 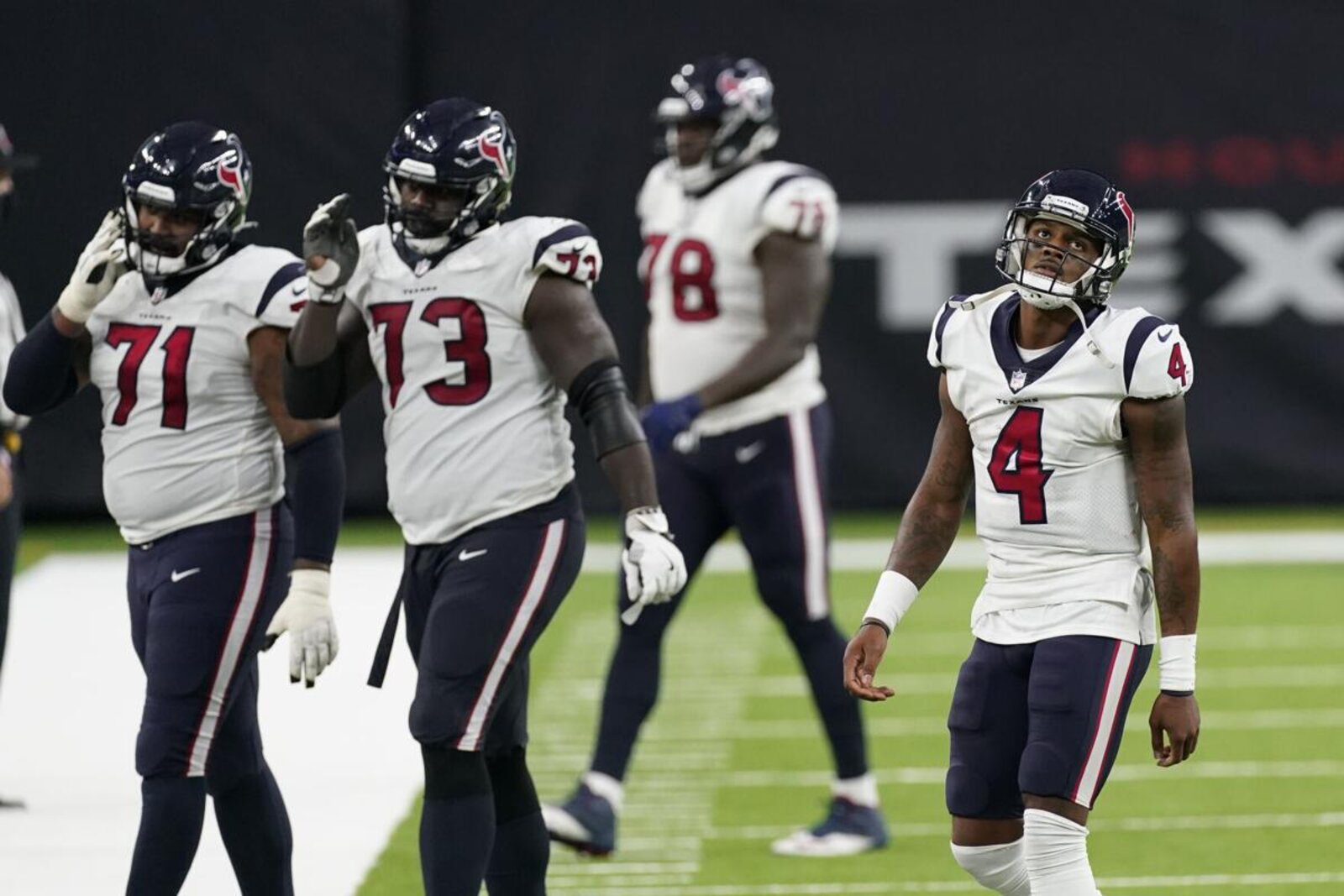 The Texans had a tough two weeks facing both the Chiefs & the Ravens. The games were never really close, as the Texans lack some key pieces. Their defense is not performing up to expectations, and while QB Deshaun Watson is an incredible talent, removing WR Hopkins from his arsenal is clearly hurting the Texans’ production on offense. Watson will look to turn it around as the season continues. 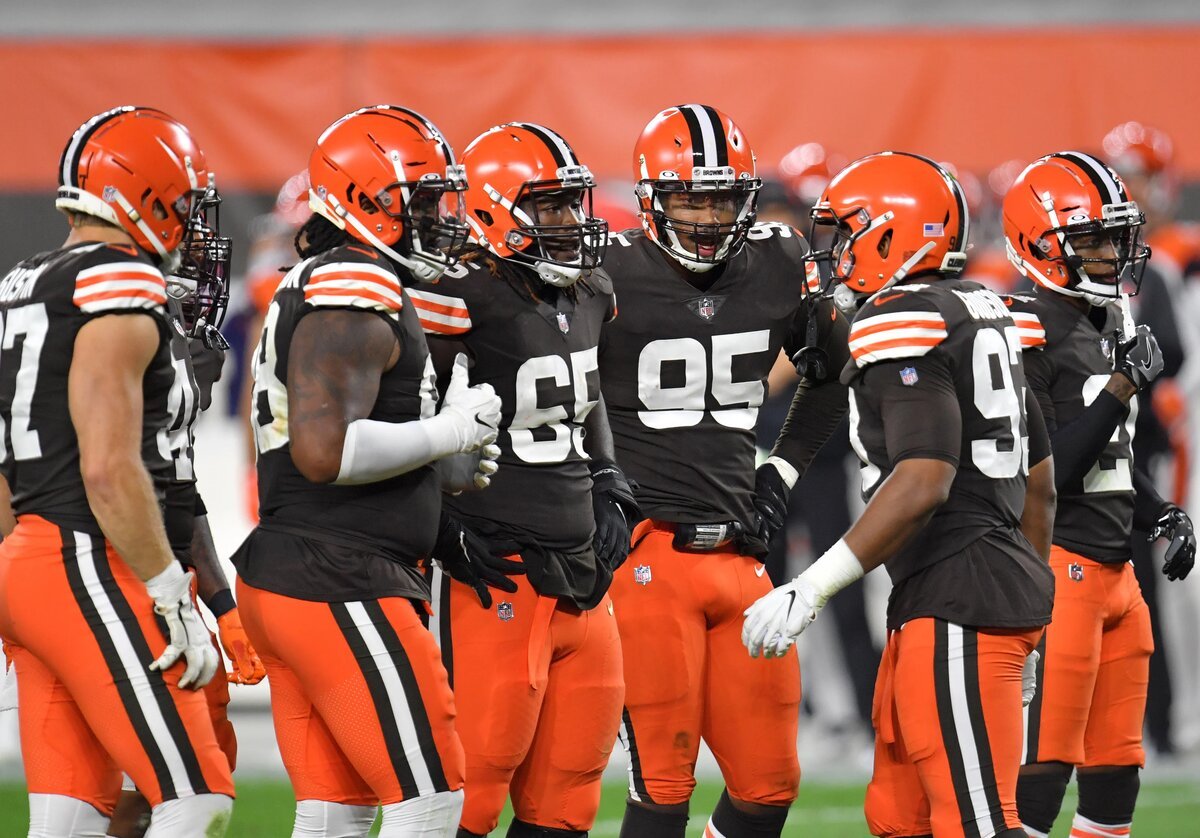 The Browns have a recipe for success – which they’ve been bungling. Their absurdly effective array of offensive weapons includes WRs Odell Beckham Jr. & Jarvis Landry and RB duo Nick Chubb & Kareem Hunt. The Browns got completely destroyed by the Ravens week 1, but scored a win against the Bengals in week 2 thanks to a better performance from QB Baker Mayfield.

The teams in the NFL’s middle portion might either get a lot better – or worse. Only time will tell where these teams end up later in the season.