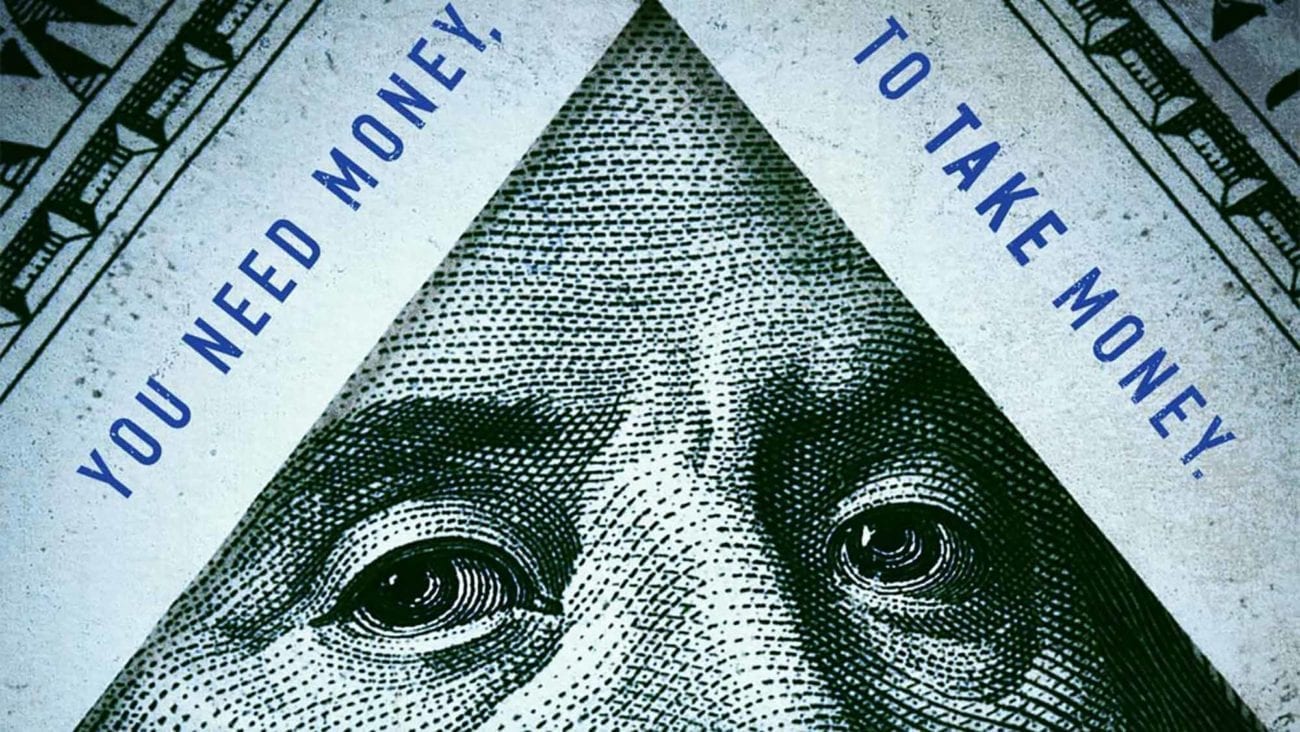 Dirty Money is one of the most infuriating programs I’ve ever watched – not because of any deficiency in its creation, but rather its valiant dedication to telling the stories of some of the most brazen and unethical corporate schemes in modern history. Structured like an anthology of avarice, the new Netflix series has an impressive group of directors investigate the death of capitalism via six highly lucrative scams waged against consumers & competitors. Subjects range from the deception of otherwise trusted brands like Volkswagen to ploys by companies in despised industries, whether it’s payday loan companies or big pharma – as well as shenanigans in otherwise innocent-seeming realms like Quebec’s maple syrup federation.

Though the directors’ individual styles are clear in each episode, Dirty Money is remarkably consistent for an anthology series, making for an experience that fits as well with Netflix’s marathon consumption format as its previous hit, Making a Murderer. Similarly, the best episodes of Dirty Money have thrilling narratives and casts of personalities to rival Netflix dramas like Narcos. None of the six installments of Dirty Money fall anywhere near the pop documentary realm of Morgan Spurlock and Michael Moore, though; each episode is impeccably researched and edited, with minimal directorial self-inclusion.

In fact, the closest the miniseries comes to typical docutainment fare is its opener, “Hard Nox,” directed by Alex Gibney of Going Clear fame. Gibney inserts himself into his investigation of how Volkswagen duped the EPA and the American people because he and his wife were two of Volkswagen’s victims, purchasing one of their “clean diesel” vehicles because of its impressive emissions claims, only to find out the company used rigged software to get past the strict emission tests the cars were actually failing. The rest of the episode is a relatively straightforward depiction of how the German carmaker cheated and then stalled for time when investigators caught on, making Gibney’s self-insertion – complete with a “Namaste” bumper sticker and cameos from NPR – all the more awkward.

Fortunately, Gibney fares better in a curatorial executive producer role, bringing on a number of visionary colleagues to follow him. Erin Lee Carr (Mommy Dead and Dearest) directed “Drug Shorts”, an early series high point in part because of how much room she leaves for the story to tell itself. “Drug Shorts” is as gripping as any Hollywood narrative, following a plucky group of short-sellers, rebel outsiders in Wall Street, who bet against the success of stocks and thereby uncovered an unethical scheme by the relatively small-time pharmaceutical company Valeant to acquire smaller companies and then exponentially raise the prices of their drugs, while slashing their own R&D. “Drug Shorts” even has a breakout star in one of its subjects, Fahmi Quadir, a medical specialist-turned-short-seller who approaches the field like a private investigator with justice on her mind as much as money.

“Payday”, directed by Jesse Moss (Tucker and Dale vs Evil), is just as personality-oriented but works harder to let the ostensible villain – in this case, payday loan godfather Scott Tucker – justify his actions. Tucker, with his gaudy mansion and obsession with using amoral financial gains to finance his race-driving aspirations, is a suitably toxic portrait of the early 21st-century American dream. Neither Tucker nor his cohorts believe the predatory lending they do is anything other than the fulfillment of “demand”, and they don’t instill much sympathy when they blame their customers for not reading the fine print in loan documents. But it’s hard to argue with Tucker’s statement that the government is pursuing him far more harshly than the banks that put so many of his customers in the position of needing payday loans in the first place.

That dichotomy receives a spotlight in Kristi Jacobson’s (A Place at the Table) “Cartel Bank,” where a seemingly standard fraud case against a West Virginia doctor leads federal investigators to discover that HSBC, one of the biggest banks in the world, has become the bank of choice for cartels, terrorists, and other criminals. Jacobson’s documentary lacks the visual flair of Carr’s and Moss’s efforts, but the globe-spanning conspiracy at its heart, and how the “too big to fail” nature of HSBC makes its executives “an unjailable class” (in the words of journalist Matt Taibbi) nonetheless cements it as one of the most riveting, and depressing, episodes.

Following on is the Brian McGinn-directed (Amanda Knox) “The Maple Syrup Heist” to fill the role of series black sheep. McGinn directs it well enough, bringing a suitably pulpy aesthetic to the story of feuding maple syrup barons in Quebec, but after several stories involving schemes that ruined the lives of thousands of people and resulted in major blows to the economy, “The Maple Syrup Heist” is almost offensively quaint. Meanwhile, Fisher Stevens’ (Bright Lights) Trump doc “The Confidence Man” might have an unquestionably seismic subject, but Trump has become such an oversaturated editorial figure it’s difficult to care about any story focused on him unless it, you know, actually gets through his teflon narrative armor.

Even so, these minor criticisms only prove how remarkable Dirty Money is, not just as entertainment but as vital journalism forcing viewers to ask uncomfortable questions about the repercussions of unchecked capitalism. None of Dirty Money’s six episodes have anything resembling a happy ending for either the people wronged by the subjects or our culture at large, and while the show doesn’t offer any sort of answers – how could it?* – it does serve as a dire warning we are on the precipice of socioeconomic catastrophe as the systems meant to protect us might be too broken to do anything to stop us from tumbling over.