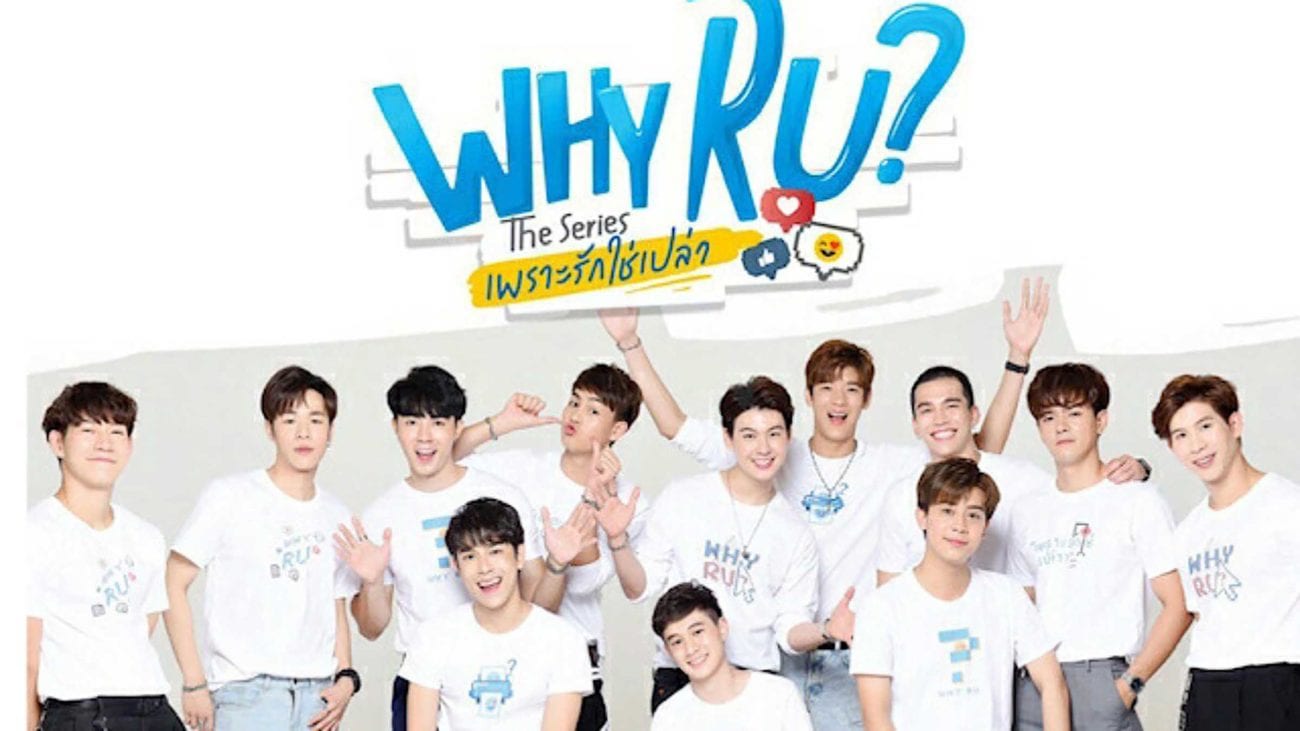 How ‘Why R U?’ became the perfect Thai boy love drama for right now

We’re all deep, deep into some pretty heavy duty binge watching as we self-quarantine and socially distance from each other. For fans of Asian drama, now’s a perfect time to check out new series and figure out what, exactly, is worth checking out. One of our fave guilty pleasures is Why R U? This Thai drama may be a hot mess, but the one of the couples (Zon and Safiah) are utterly adorable and we love them so much.

Sometimes, especially in these trying times, you just need to embrace the hot messiness for some good television. Here’s why Why R U? is the perfect drama to check out right now. 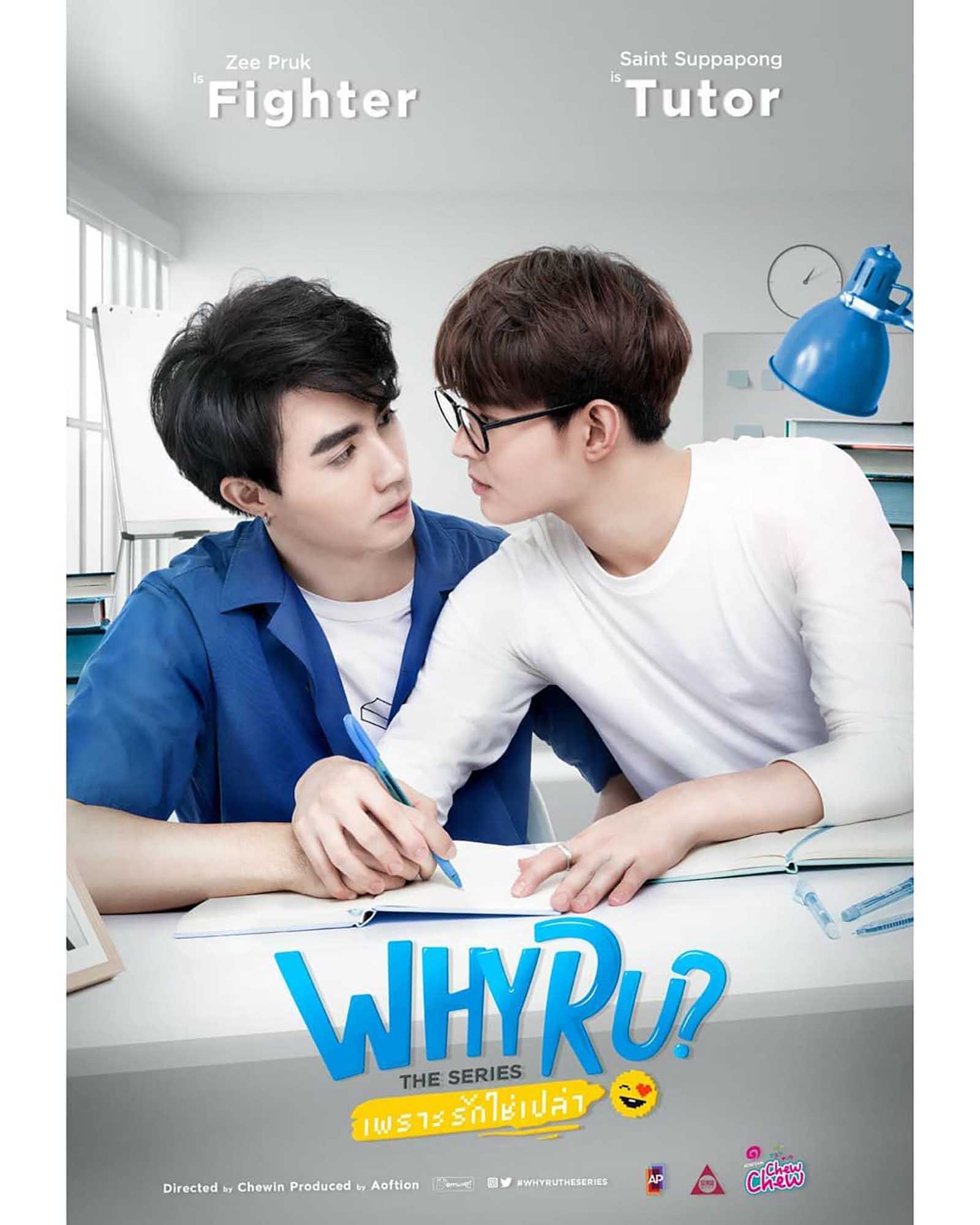 Why R U’s plot is pretty wild. Since most of you want to know what’s going on in a series, here’s the synopsis from My Drama List.

“Tutor is said to be ‘wise’ beyond his age and acts rationally, while Fighter is the emotional kind. They started having some animosity with each other but developed a close relationship right after. Saifah is a popular musician and is often engaged in acts of mischief while Zon is shy yet stubborn. He is also a sci-fi writer. Due to a bet made with his sister Zol, he starts writing sci-fi stories. But after being scolded by his parents for not studying properly, his writing is cut short. Later, when his friends tell him to steal ideas from his sister, he sees that his name is being used in her fiction along with his enemy’s, Saifah.” 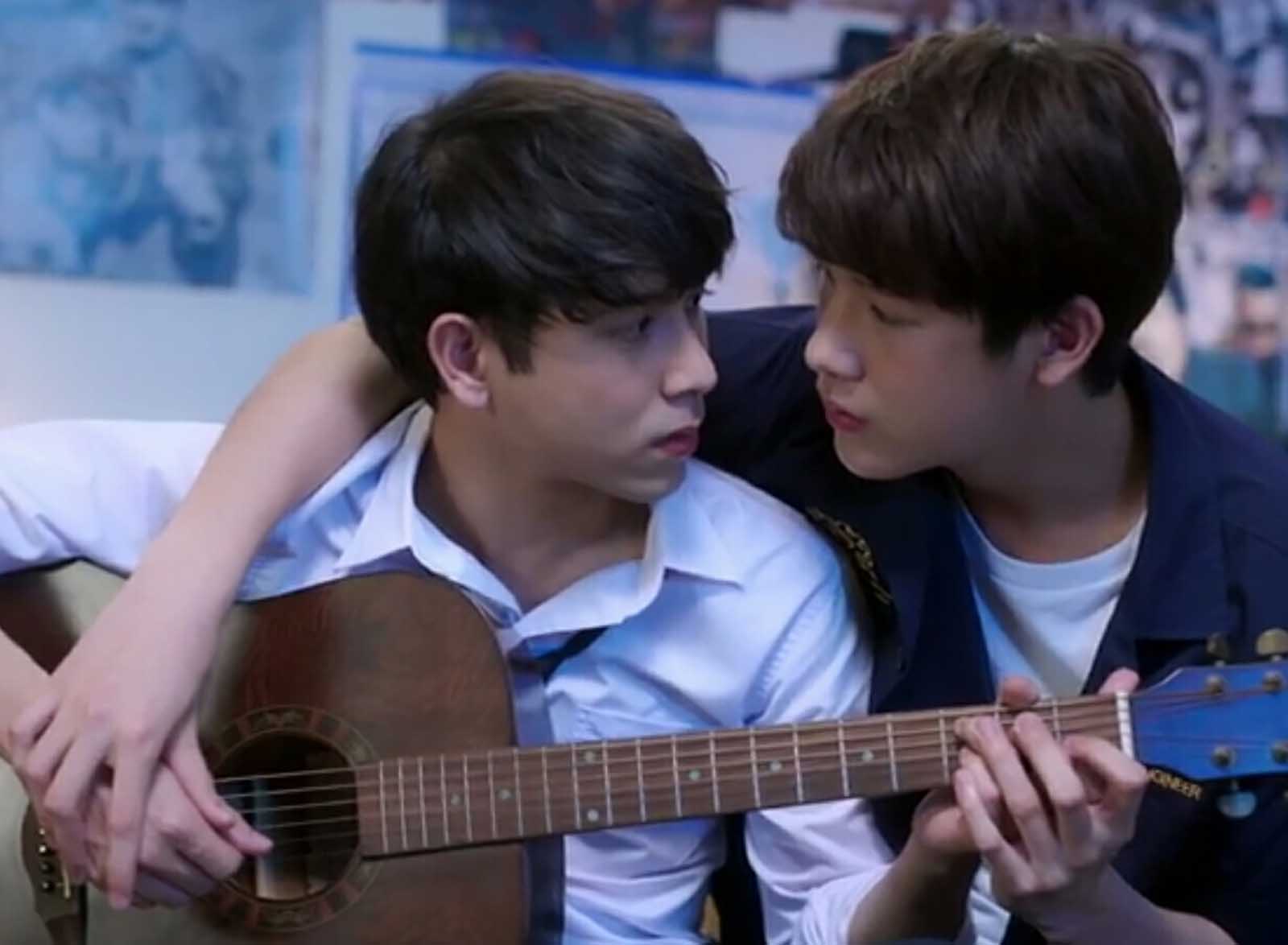 Safiah and Zon are the CUTEST COUPLE

Fighter and Tutor are a pretty cute couple. If any pairing on Why R U is coming for your dental work due to the tooth rotting cuteness, then it’s going to be Safiah and Zon. The pair are just utterly adorable and so romantic together. Tumblr’s descending into an adoring worship of looks and nose kisses and finger touches with good reasons.

The chemistry between Safiah and Zon is always off the charts. The way that Safiah comforts Zon. They way they look at each other. We melted the first time these two kiss, absolutely melted into a puddle of good.

So if you want a sweet romance to enjoy, then definitely watch Why R U for these two. If Safiah and Zon aren’t your type of romance, then worry not. We have Fighter and Tutor. 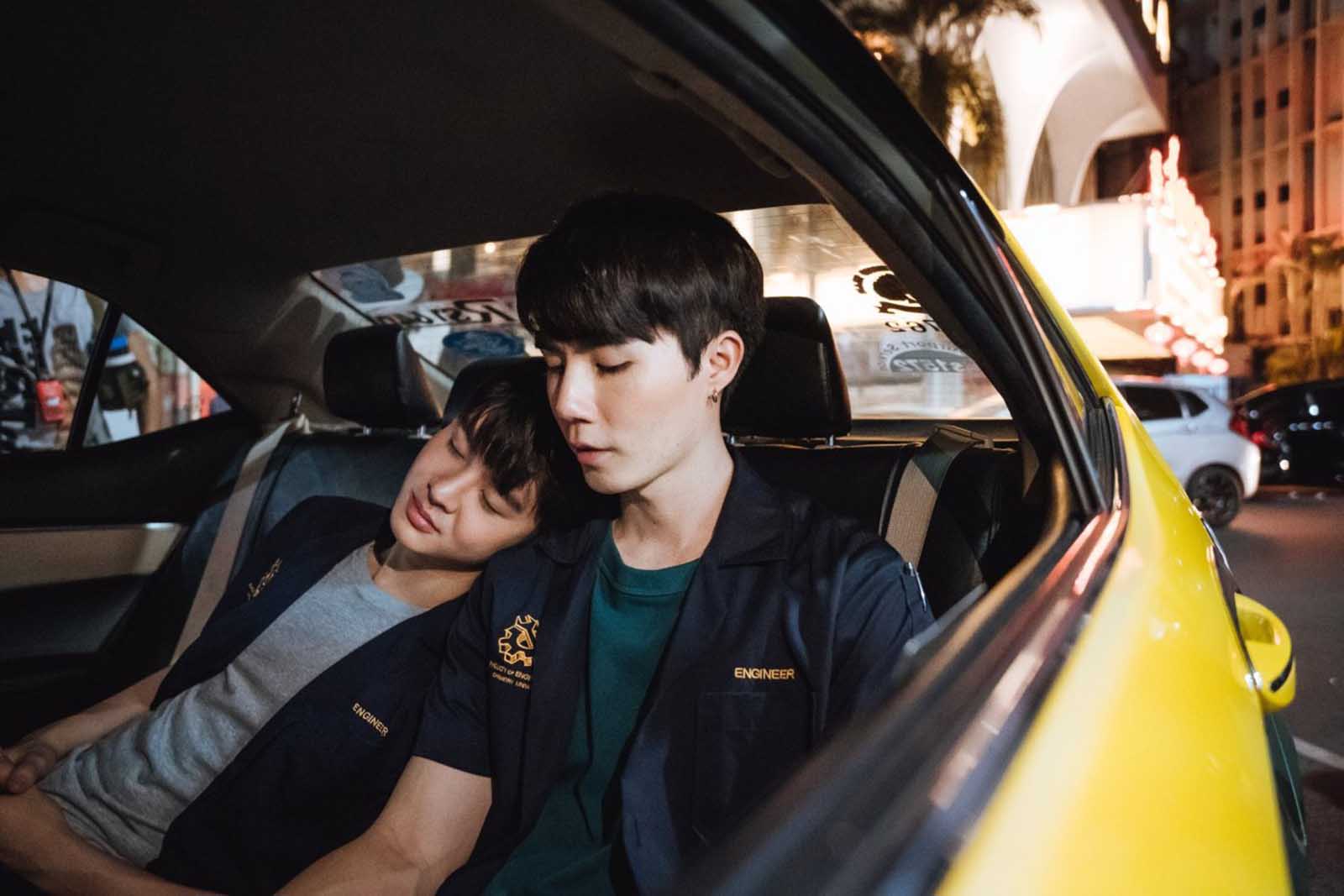 Fighter and Tutor are pretty adorable as well

The main love story of the series is around Fighter and Tutor, who are working a whole opposite attracts sort of situation here. I mean, they’re total puppies together but ones who can get into very intense situations. Although Fighter being called a “koala bear” by Tutor and his resulting confusion is too cute.

Fans are loving the chemistry between the two as well. This is the first main role for Saint, at least what Drama List tells us, but he and Zee utterly sell their chemistry and somewhat hot and cold romance. They’re cute and pretty fun to watch as well. Fighter and Tutor are a couple that you’re rooting for in the end. 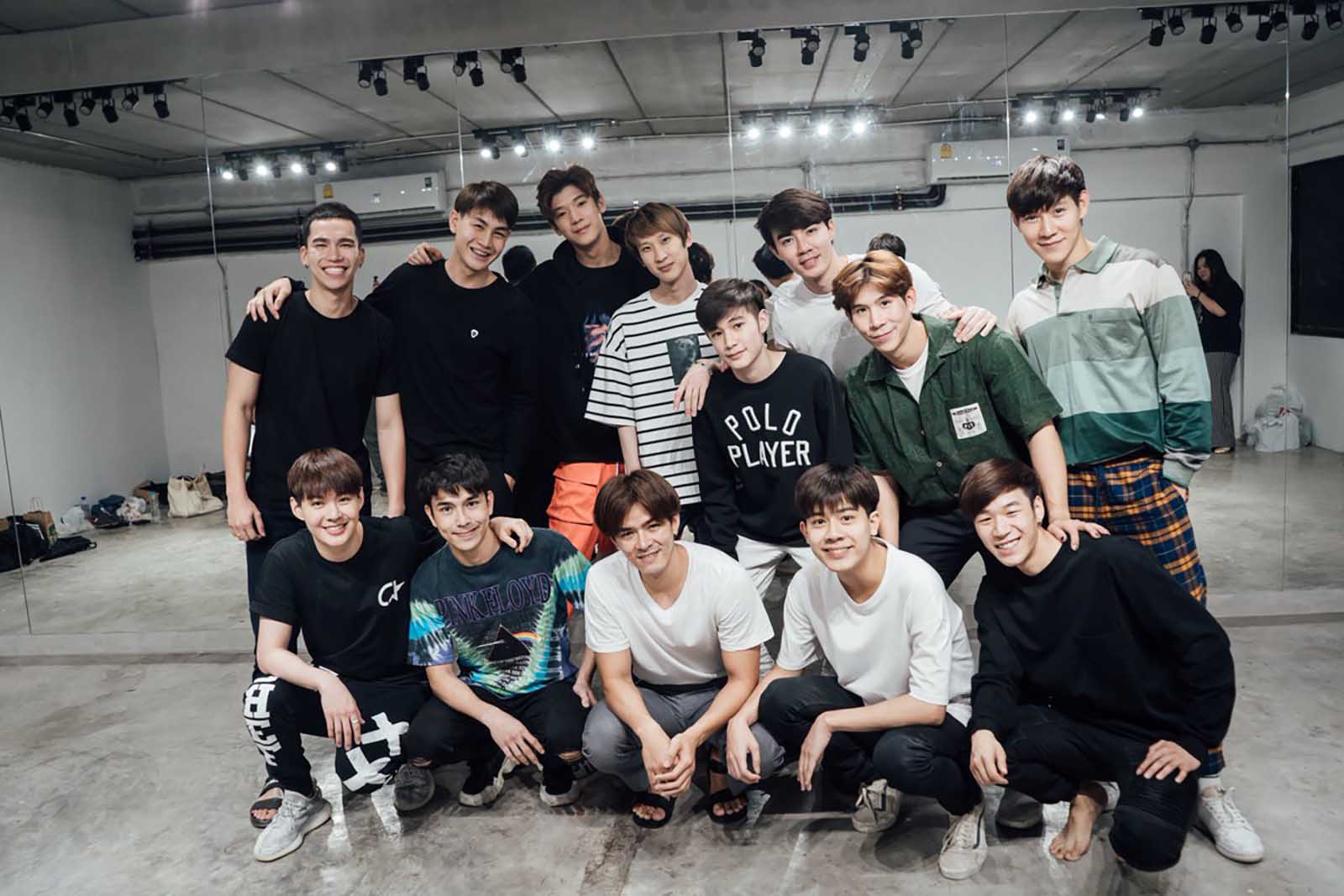 Fluffy romances are good for the show

Why R U is not really a show to watch for the intricate plot or anything. On that fron, as we said, it’s kind of a hot mess. You watch Why R U to swoon over either the Zon/Safiah romance, the Fighter/Tutor romance, or both of them. The cast is ridiculously charming with two adorable couples at the center to enjoy.

Basically, it’s a fluffy feel good chicken noodle soup for the soul during these difficult times. So give Why R U a chance while deep in your quarantine.