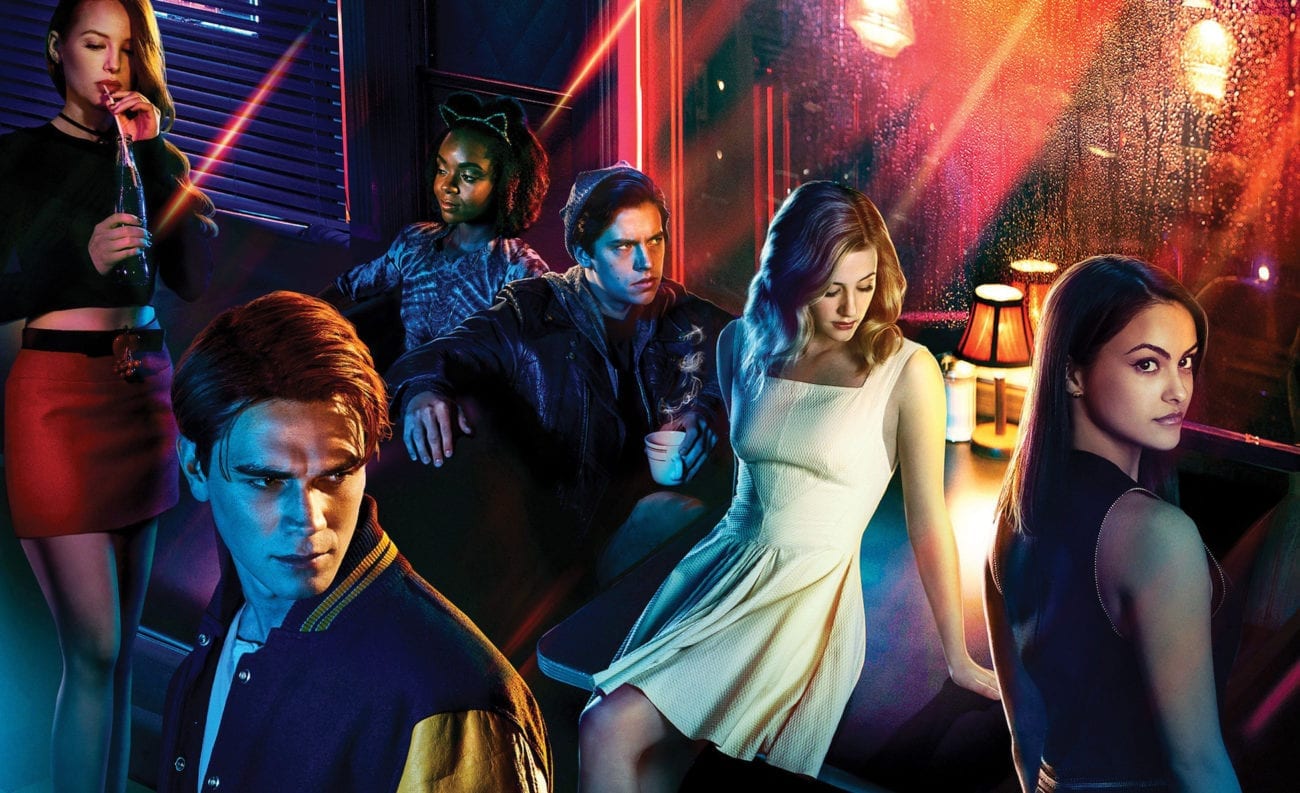 “Darkness in me”: Why ‘Riverdale’ needs to drop the Dark Betty trope

You could say it all started with Sandy (Olivia Newton-John) in Grease. Perming her hair up into a seductive cloud, pouring herself into a pair of suffocating skin tights, and lighting a cigarette she has no idea how to smoke. And all in the service of suggesting that Sandy has a secret darkness inside of her.

With a new dark wardrobe and sultry spirit, she exudes badassery and deviance. She can rock with Danny Zuko (John Travolta) and the rest of the T-Birds. And she can kick it with the Pink Ladies even if in actuality she’s as pure, humdrum, and wholesome a gang member as they’d ever hope to avoid.

In Riverdale, this trope keeps popping back up by exploring the bad girl flip side of goody-two-shoes Betty Cooper (Lili Reinhart). Dark Betty (as the character is known in the show) wears a black bobbed wig and has a penchant for black lacy lingerie. She’s super dark, ladies and gentlemen, and her dress sense reflects it.

Even the most hardcore of Riverdale fans (like ourselves) can admit that there’s something irksome and poorly executed about Dark Betty. It isn’t so much the adoption of the terrible wig or her proclivity to strip down to her undies that we take umbrage with.

It’s more the suggestion that Betty’s “dark side” is something that can’t possibly be consolidated with her public identity – despite the fact she dates the town’s broodiest biker babe and nobody would likely give a shit if she suddenly went legitimately edgy. Instead, this dark persona steps up to take on various tasks and is unleashed sparingly and seemingly at random.

Dark Betty steps in to torture a dude who’s been sexually harassing her classmates. Dark Betty becomes a cam girl. Dark Betty has kinky sex with Jughead (Cole Sprouse). Dark Betty does a cringe-inducing striptease to the most depressing song imaginable (the Gary Jules cover of “Mad World”). 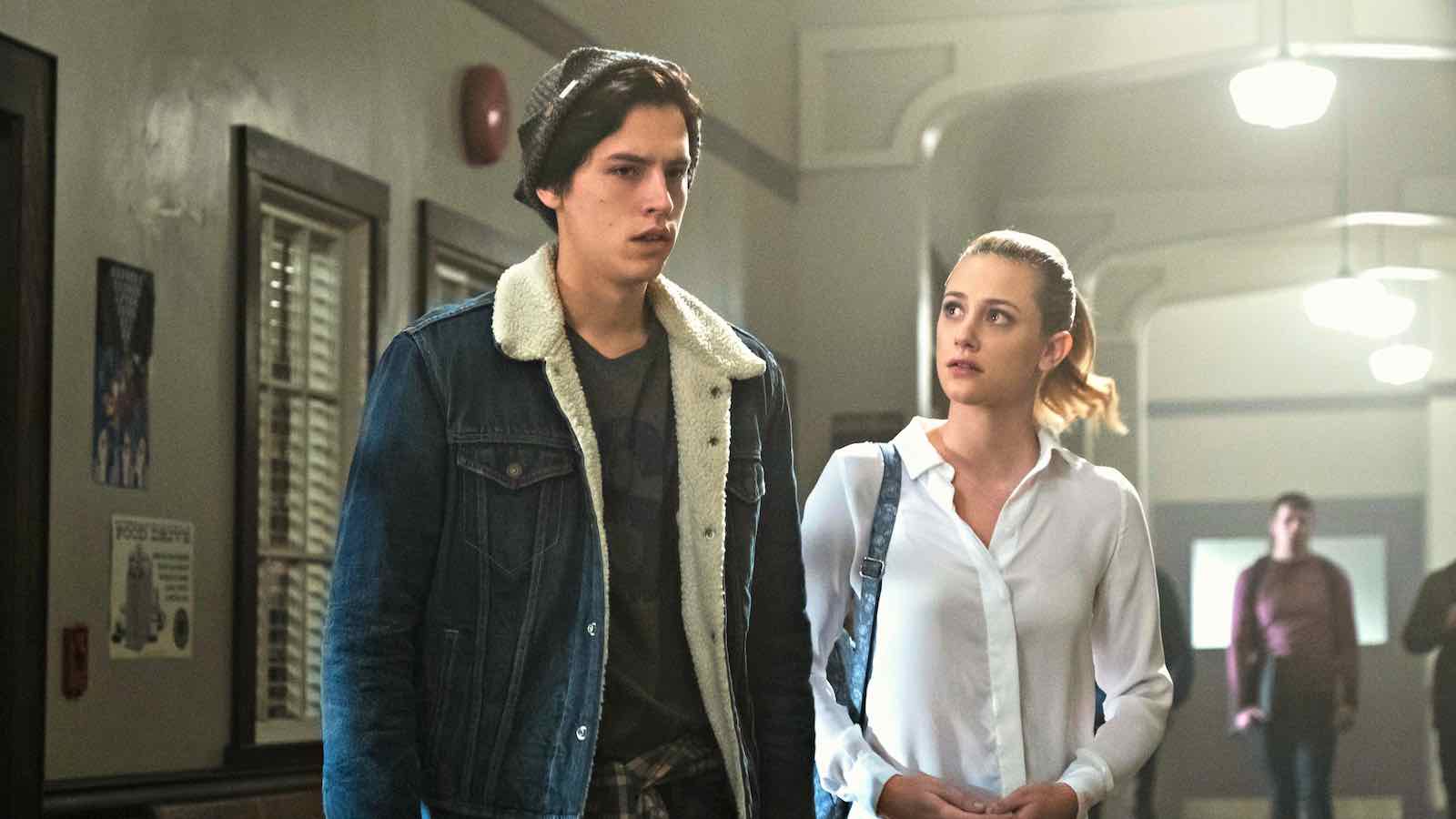 Dark Betty doesn’t make an appearance at Jughead’s birthday, but this dark persona still gets the blame for Betty having the gall to organize a surprise party for her boyfriend against his wishes. (Oh and sure, not telling him about the whole “I tortured Chuck” thing.)

“Something is very, very wrong with me,” she tells him, “Like, there’s this darkness in me that’s overwhelming. Sometimes I don’t know where it comes from, but I think that’s what makes me do things.”

The character’s declaration to her boyfriend brings to mind Dexter Morgan’s (Michael C. Hall) excuse that his “dark passenger” is the one who requires him to kill with a thirsty regularity in Dexter. It provides a personification of his need to take life and also absolves him of responsibility for the murders. 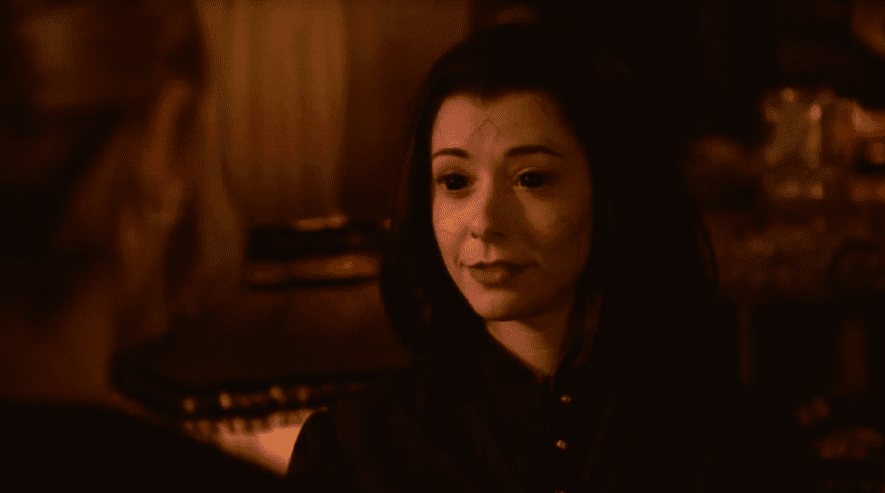 He doesn’t want to be doing this but he has to. Ultimately, Dexter is in charge of the journey, but he’s still allowing for his “dark passenger” to dictate the destination – however, the serial killer decides to only kill people who have committed hideous crimes against others.

Likewise, in Buffy the Vampire Slayer, Willow Rosenberg (Alyson Hannigan) goes off the deep end with her magic dependency after her girlfriend is killed. Subsequently, her red hair turns black, as do her clothes, and she transforms into Dark Willow.

Like Dark Betty and Dexter’s Dark Passenger, Dark Willow has a thirst for punishment and winds up flaying the skin from the body of the man who killed her lover. But as it turns out, that isn’t quite enough to satiate the flip side of the formerly good witch. 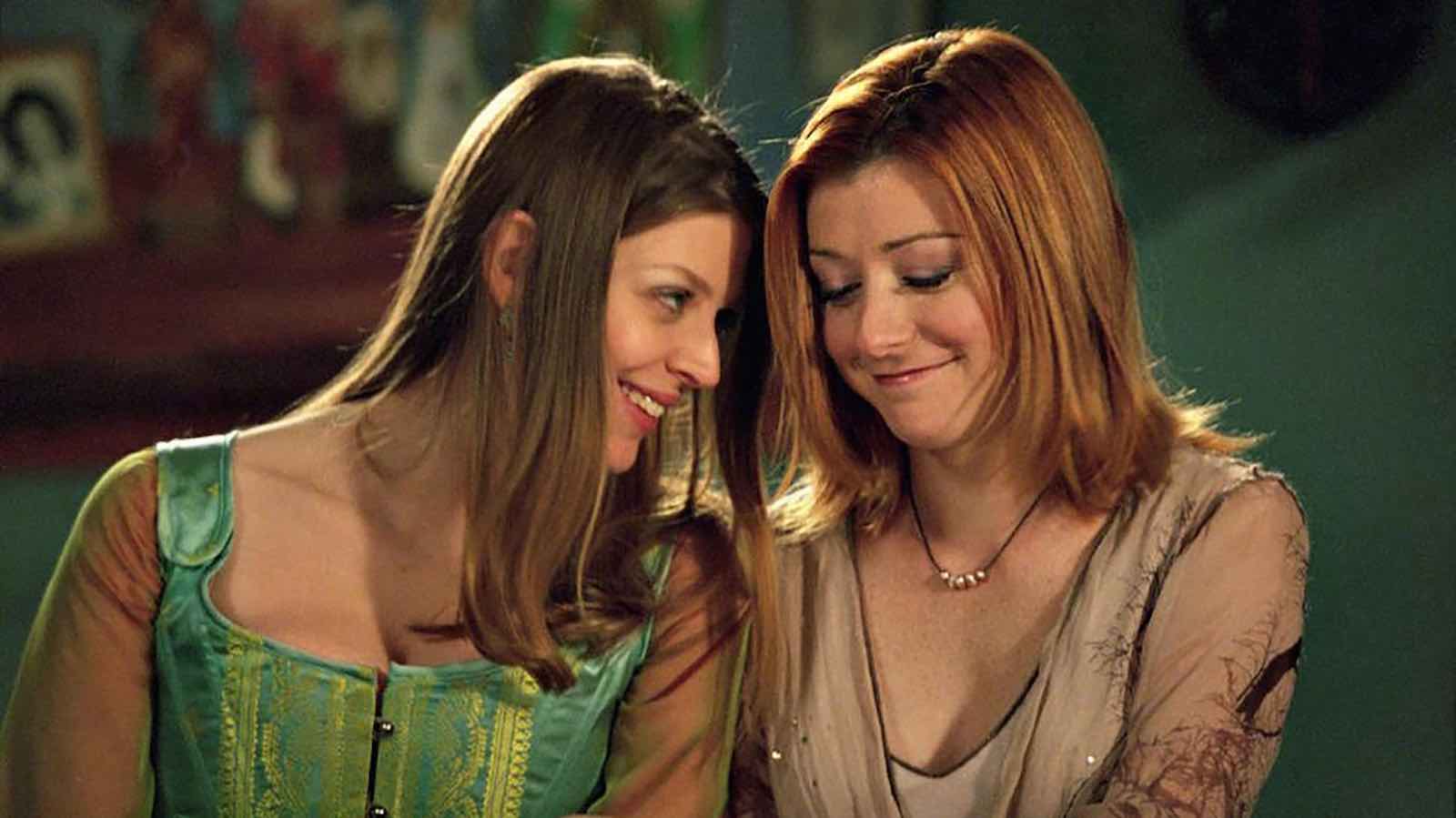 Dark Willow winds up on a rampage of magical rage that threatens to destroy the entire planet. However, unlike Dark Betty and Dexter, at least Dark Willow commits wholeheartedly to her new savage persona – Dark Betty and Dark Passenger are like lounge outfits to be slipped into after a long, hard day of presenting as “normal”.

Which is perhaps our biggest problem with the trope. The whole “I have a secret, uncontrollable inner darkness” kind of loses its edge when it’s clear the character can in fact control these dark urges that define this side of them on some minor or major level.

It’s a trope commonly seen in teen TV shows for exploring the “dark sides” of young women struggling with the complications of growing up. However, for most young adult shows, this isn’t all too often explored by simply paying fanservice by throwing the female character into some sexy underwear and a dark wig.

In The O.C., it’s Marissa Cooper (Mischa Barton) drinking herself into a young ruin, throwing pool furniture around when her mom asks her what’s on her mind, and shooting her boyfriend’s brother because, well, why not.

In Glee, it’s Quinn piercing her nose, dying her hair pink, and turning “punk” overnight because she’s sad and that’s just who she is now (deal with it, Glee Club!). In My So-Called Life, it’s Angela dressing up like Rayanne after she finds out her former bestie slept with her ex-boyfriend and figures bad girls don’t get hurt. And in Gossip Girl, it’s little Jenny Humphrey’s transformation into a Chuck Bass screwing, teenager from hell with a wardrobe full of solid black kinderwhore creations.

Where all of these dark transformations differ from Dark Betty is that these characters are all given space to experiment with these dark sides without it being highlighted as an unhealthy or dangerous mode of expression. 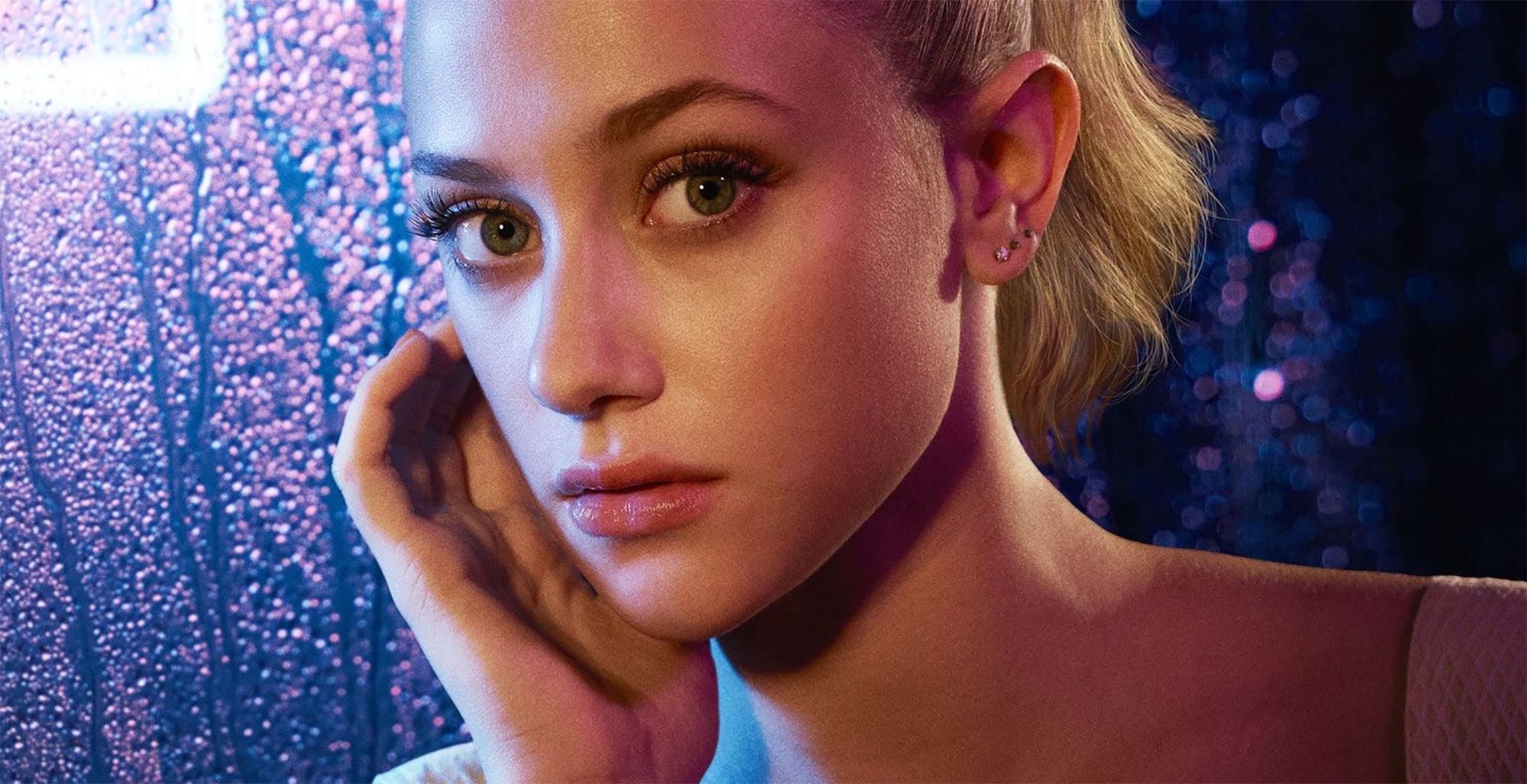 In Riverdale, there’s an insinuation that Dark Betty is inexplicably both. As a result, this side of the character is confined to the sidelines. She digs her nails into her palms and sits out her turn. Overall, it’s a supremely lame way to explore a young woman potentially struggling with mental health issues or who simply might have a healthy interest in pursuing a consensual sadomasochistic relationship.

But instead, Dark Betty is treated like a part of the character’s identity that needs to be chained down and locked up – left unexplored and misunderstood unless Betty can bring her out for the occasional striptease, cam sesh, or sex time with Jugs. 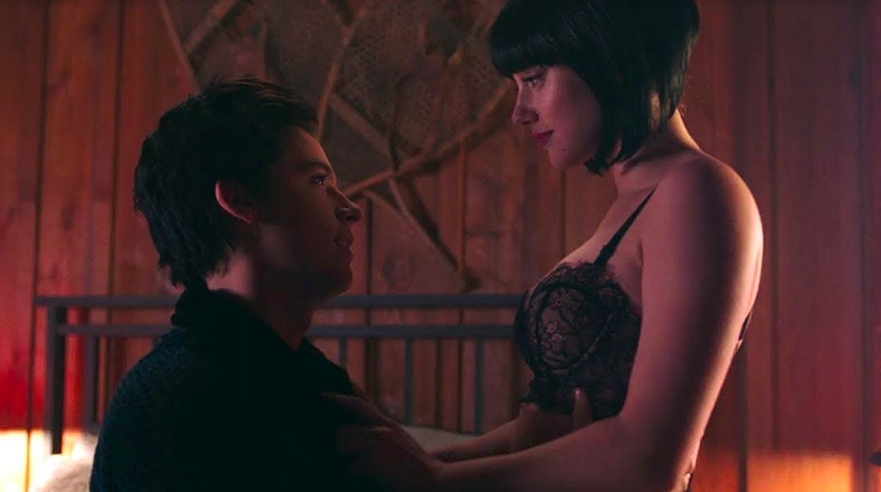 This suggests that Riverdale is more interested in fetishizing Betty’s inner anguish than it is in effectively exploring it. That’s incredibly disappointing for a show which otherwise delivers strong and complex female characters with compelling feminist arcs.

The bottom line is that good girls can be bad – and they shouldn’t have to concoct some bullshit “I have an inner darkness” excuse to do so. Every person has a dark side and it serves TV shows well to explore those aspects of a person’s identity in depth and with care.

So to throw a wig and some hot lingerie on that dark side? Come on, Riverdale – you can do better. In S3 of the show, we hope to see Betty refusing to apologize for her dark side and simply referring to it as “Betty” – no further adjective required. 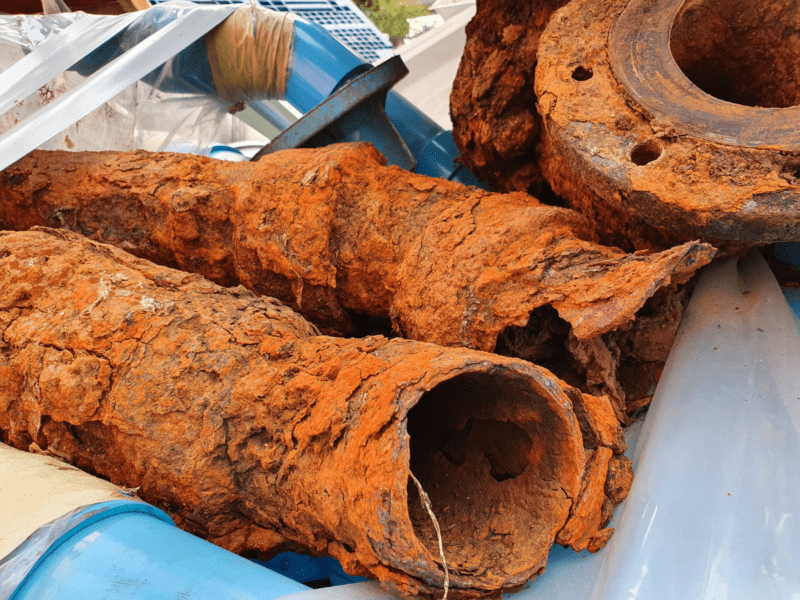 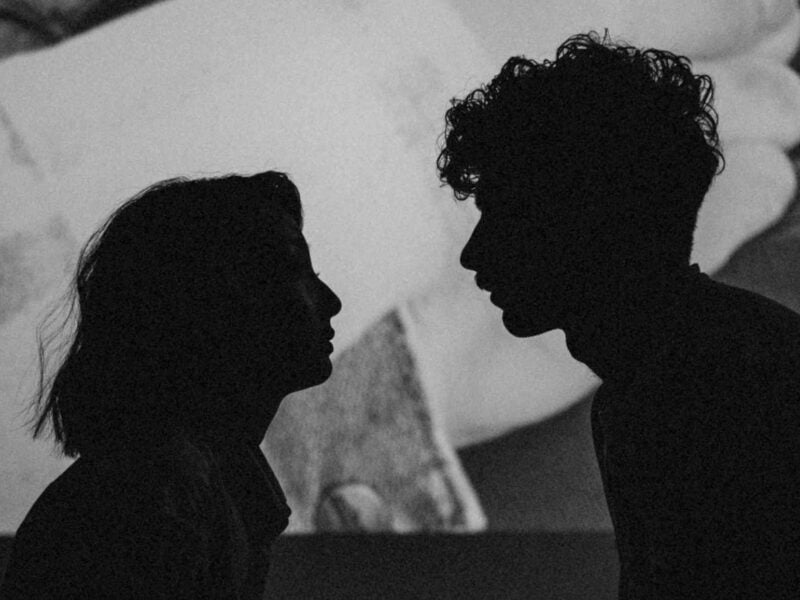