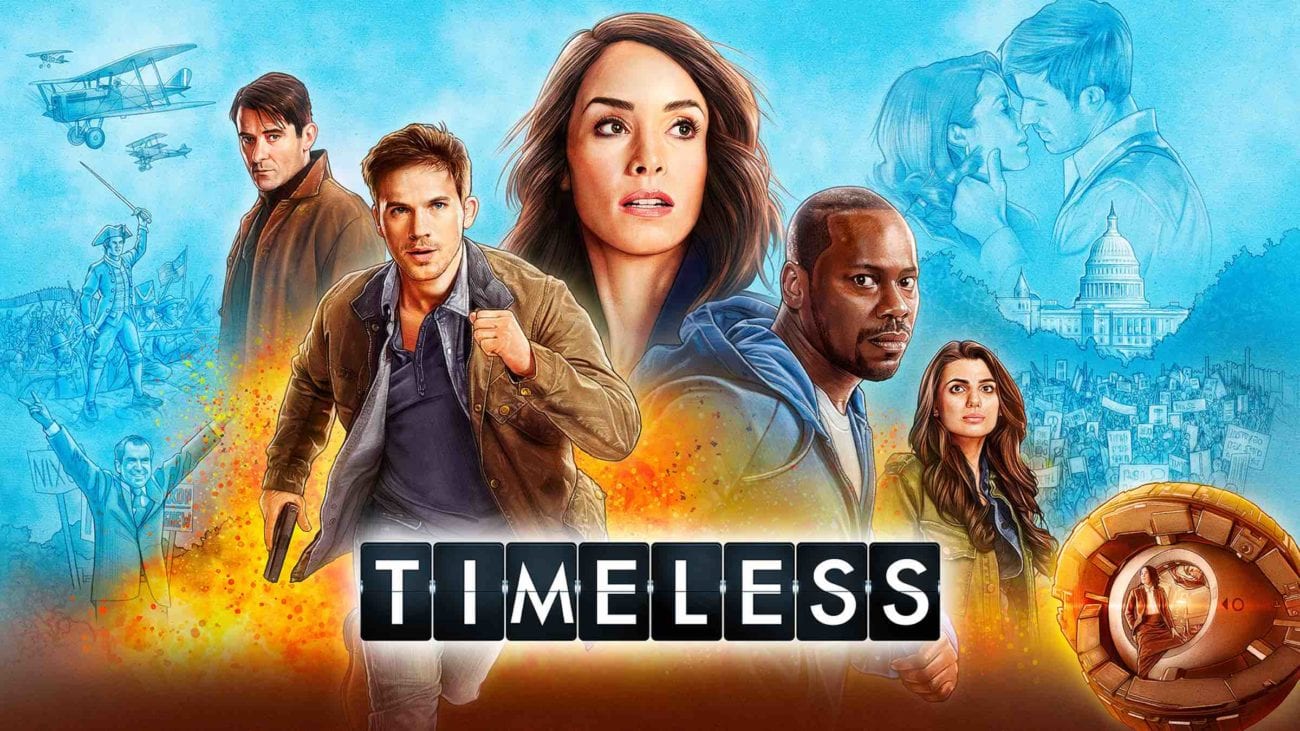 Every once in a while a completely bonkers TV show comes out that shouldn’t work at all, yet has all the keys to be the perfect new bingewatch. NBC’s Timeless definitely fits the bill, as shows about time travel usually don’t fare too well with American audiences (besides Doctor Who).

Yet, thanks to great chemistry between its leads, characters that have personal ties to their world-saving mission, and a helluva plot device, Timeless won over the hearts of fans from episode one. Through Timeless, audiences get a look at the behind-the-scenes of U.S. history, even showing in some cases what could have been if things had gone down differently.

So naturally, like all great shows with a strong fanbase, Timeless was axed by NBC not once, but twice. NBC cancelled Timeless after season one, but after some negotiations with Sony Pictures Television, renewed the show for a second season. Unfortunately, the show caught the axe again after season two, and this time it looked more final. NBC gave Clockblockers a two-hour series finale, but that’s not enough.

Innovative shows like Timeless are far too often mistreated by networks, and that’s not fair at all. Clockblocker: we salute you for fighting the good fight to bring Timeless and its time travel antics back to our screens. We want to give you a platform to make your voice heard.

That’s why Timeless is up for Best Cancelled Sci-Fi/Fantasy TV Show in our Bingewatch Awards. Clockblockers know they deserve better than just a two-hour finale and radio silence, and we do too. So it’s time to prove your dedication.

You can vote for the Best Cancelled Sci-Fi/Fantasy TV Show until October 7th, so get clicking! If you need a quick trip through Timeless to remind you why it deserves this title, we gotcha covered below. 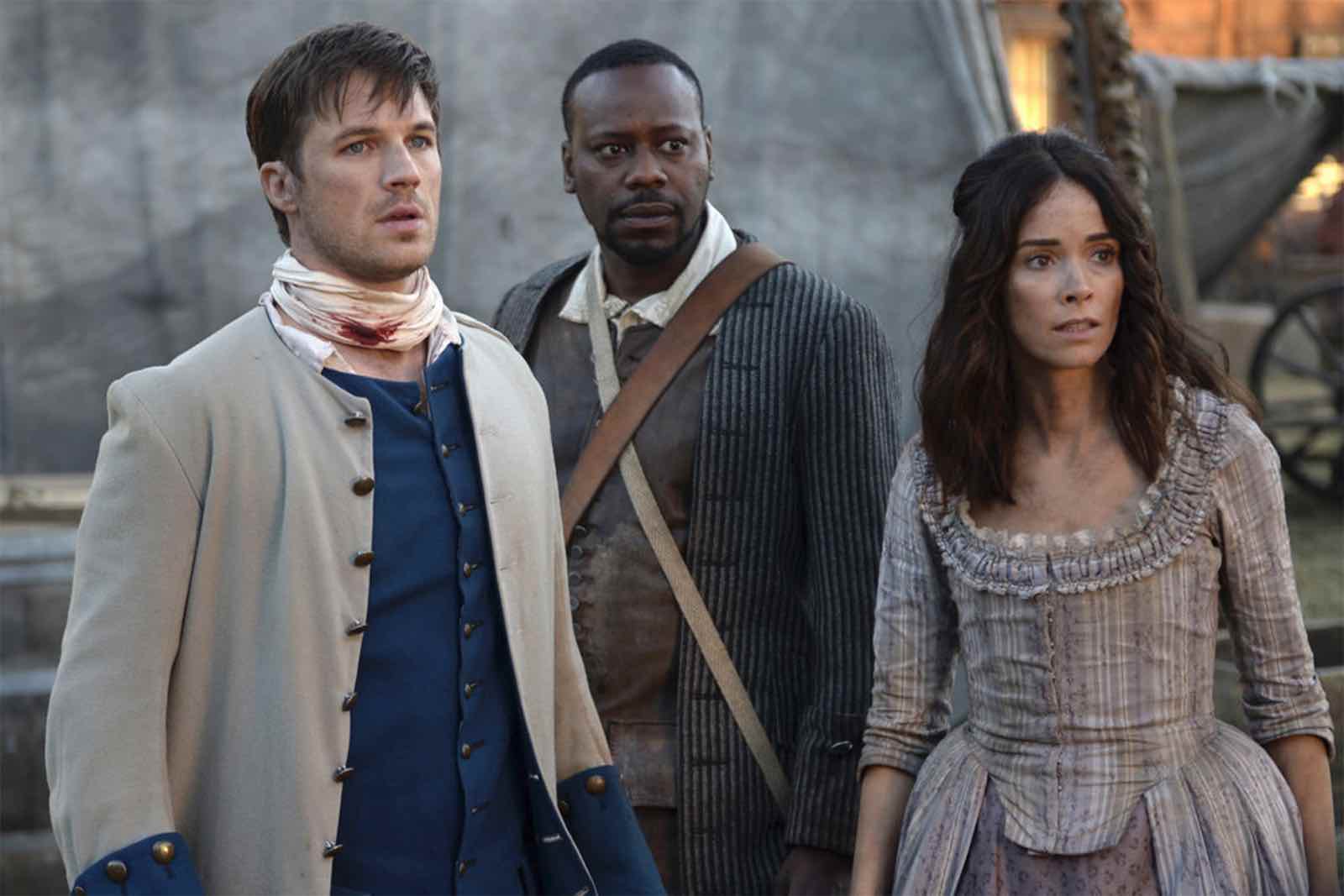 From the Hindenburg disaster, to the Alamo, to even the post-production of Citizen Kane, Timeless takes on U.S. history from every end of the spectrum.

While Flynn (Goran Visnjic) has the goal of creating chaos and altering history, Wyatt (Matt Lanter), Rufus (Malcolm Barrett), and Lucy (Abigail Spencer) are tasked with keeping history as direct as possible. Of course, this doesn’t always end ideally for them, but most big events stay the same. For example, in the Timeless universe, Lincoln was still assassinated, rock ‘n’ roll still ruled the 60s, and the Salem Witch Trials still caused mayhem in Massachusetts in 1692.

Yet things in the present time still change thanks to the main four travelling throughout history and messing with these events (to keep them the same). There’s still so much of U.S. history for them to explore within Timeless; the first two seasons only gave us a little taste of the multifarious possibilities. 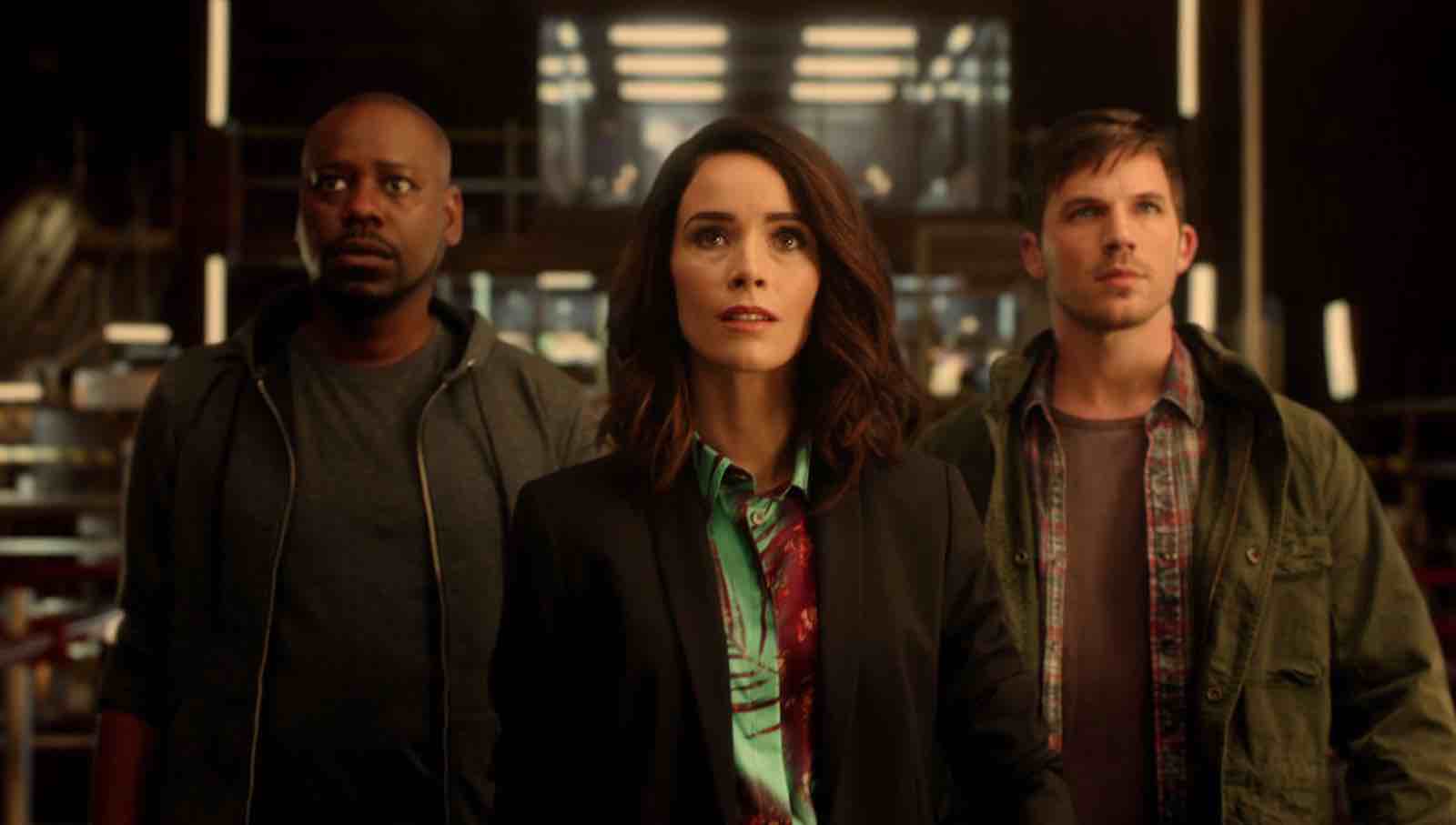 One of our top kickass TV females, Lucy gave some much needed feminine energy to our heroes on Timeless. A history professor who gets recruited into this mission by Homeland Security, Lucy serves as the Lifeboat team leader. She’s not fearless, but she’s willing to do what it takes to keep her team safe while fighting both Flynn & Rittenhouse.

But it’s Lucy’s commitment to the historical accuracy that fans love most about her. Her role in Timeless isn’t as “cute female sidekick”; she’s the intelligent leader who was brought onto this mission specifically for her historical knowledge. She’s allowed to be the academic professor she was before she boarded the Lifeboat, which so few sci-fi shows commit to. 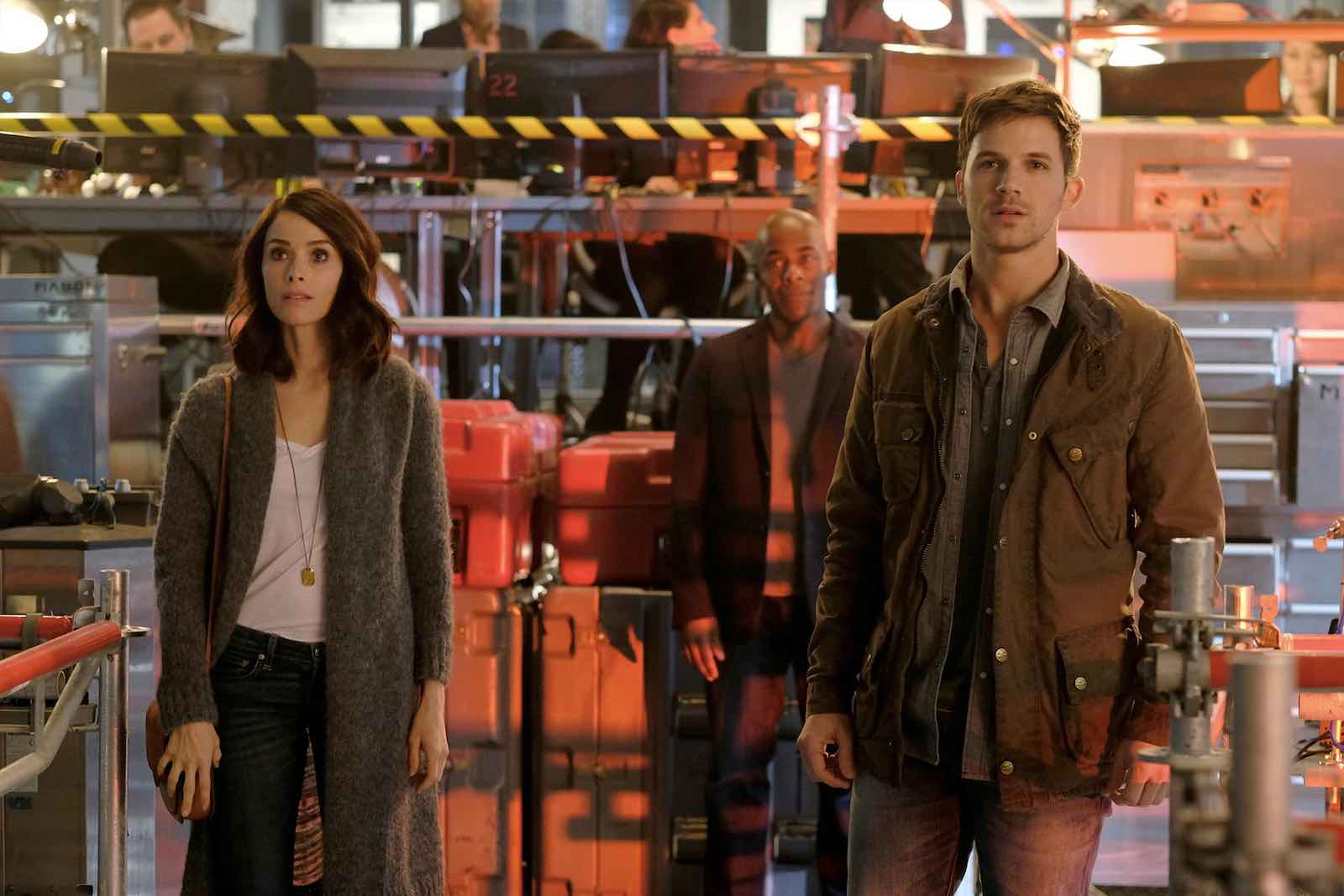 Even if Lucy is the official leader of the Lifeboat, her relationship with Wyatt & Rufus is what keeps people interested in Timeless’s drama. The three may have been strangers before they were thrust onto this journey together, and still bicker about how things should be done. But by the end of season one, they move together like clockwork, making Timeless the time heist drama fans love.

Spencer, Barrett, and Lanter’s chemistry is the kind of chemistry most dramas dream of. The three are like best friends casually taking a road trip through time. These travelers working directly together (instead of working individually) creates the strongest moments. 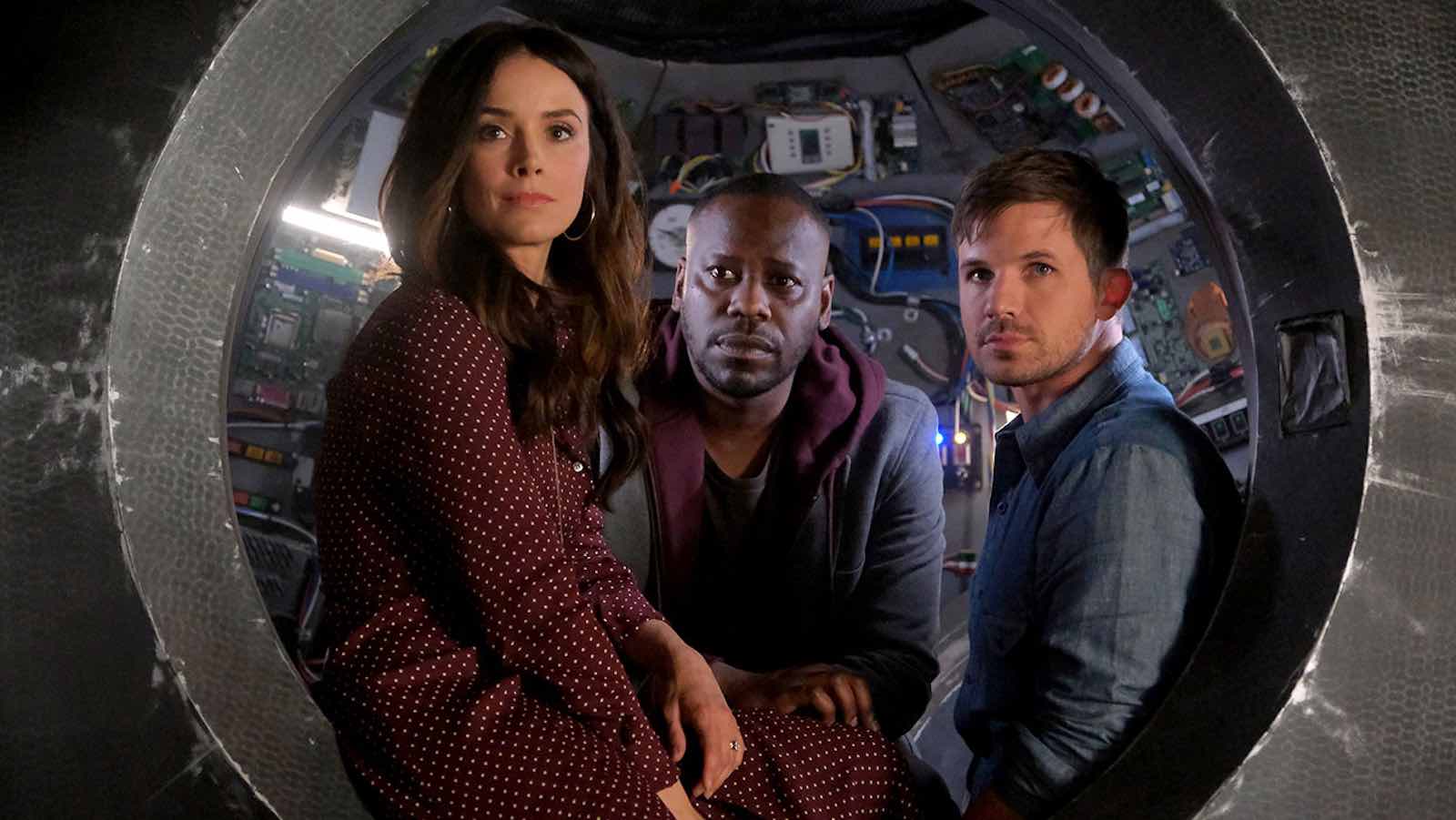 So many shows in sci-fi (and even more traditional dramas) attempt to introduce some type of time travel mechanic into their shows. Most end up failing because of too much exposition about how said time travel works. Timeless, on the other hand, sets the rules up fairly simply and makes breaking the rules an integral part of the plot.

The time travel in Timeless is how we’d expect time travel to be: cool to explore the past but causing Butterfly Effects left & right thanks to our interactions in the past. Even buying an apple in the past will alter the future somehow, and Timeless builds this into the show by featuring major changes with the characters in the present.

You don’t need to focus on the rules of Timeless’s time travel, because it’s impossible to follow the rules perfectly. 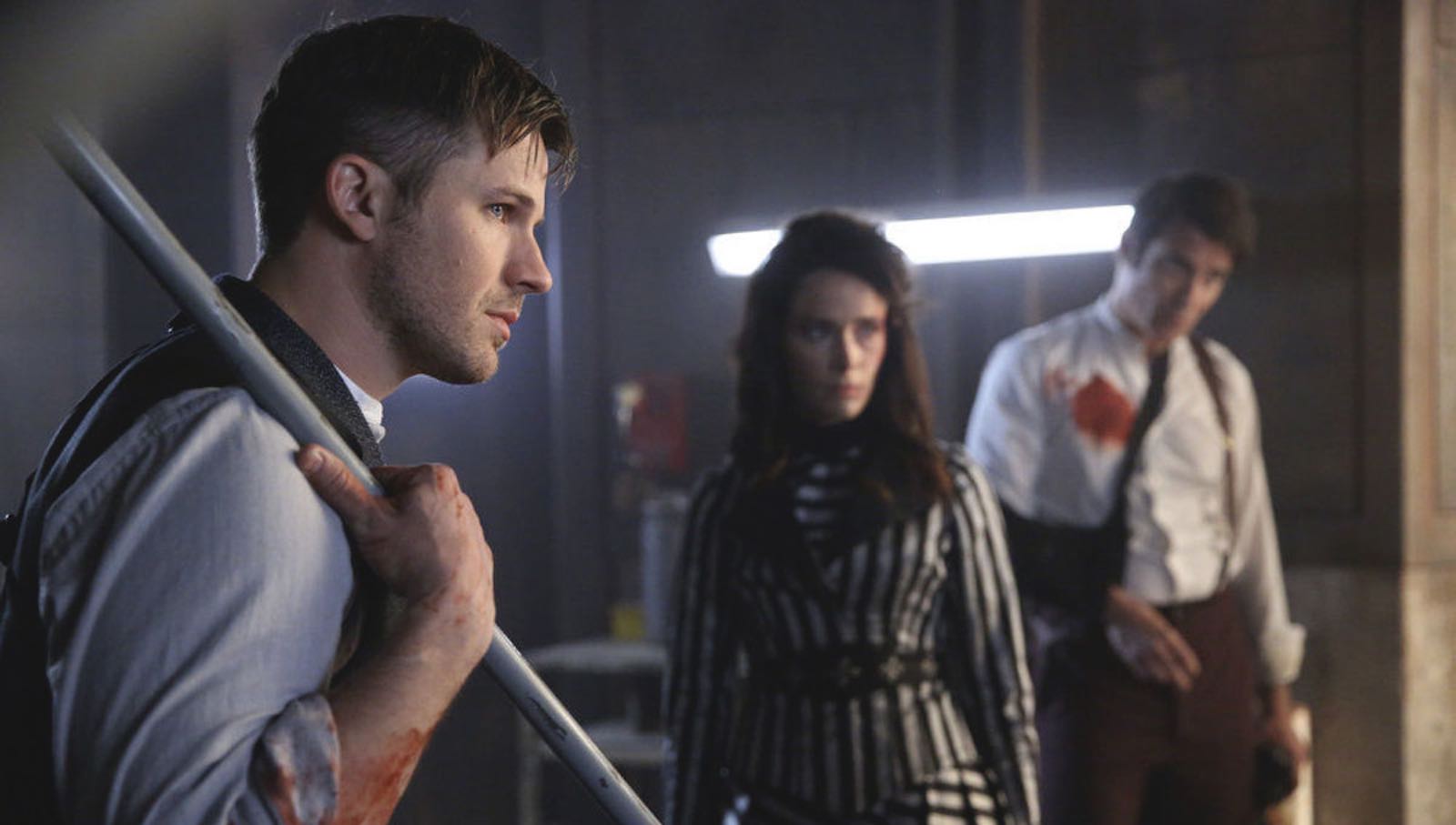 So what are you waiting for, Clockblocker? Vote for Timeless as the Best Cancelled Sci-Fi/Fantasy Show now, before time runs out for good. 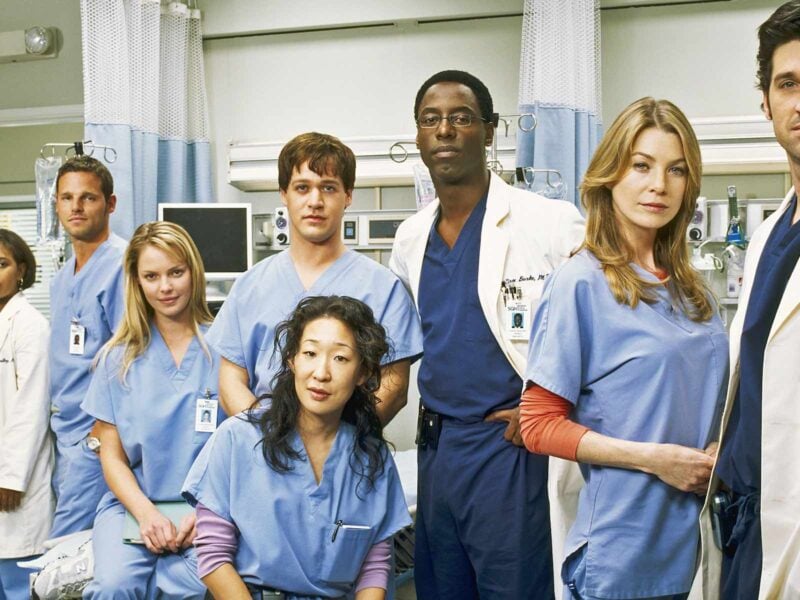 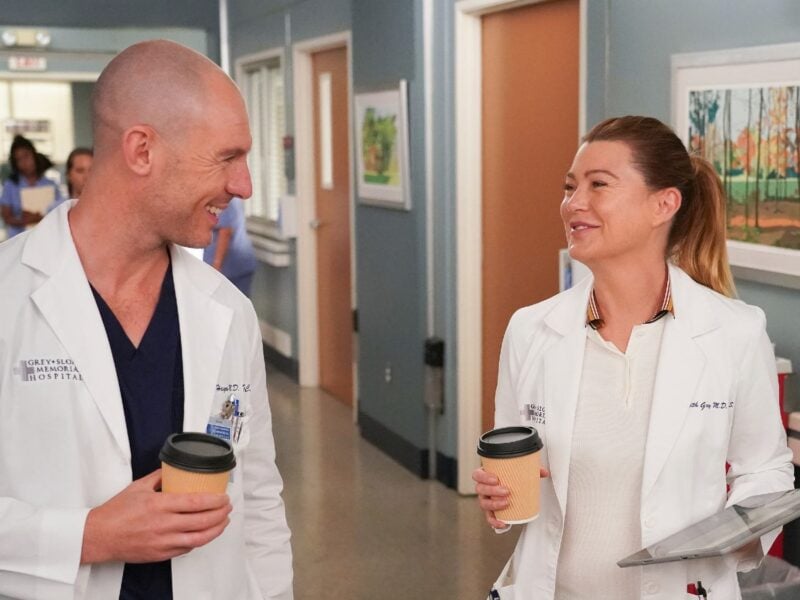 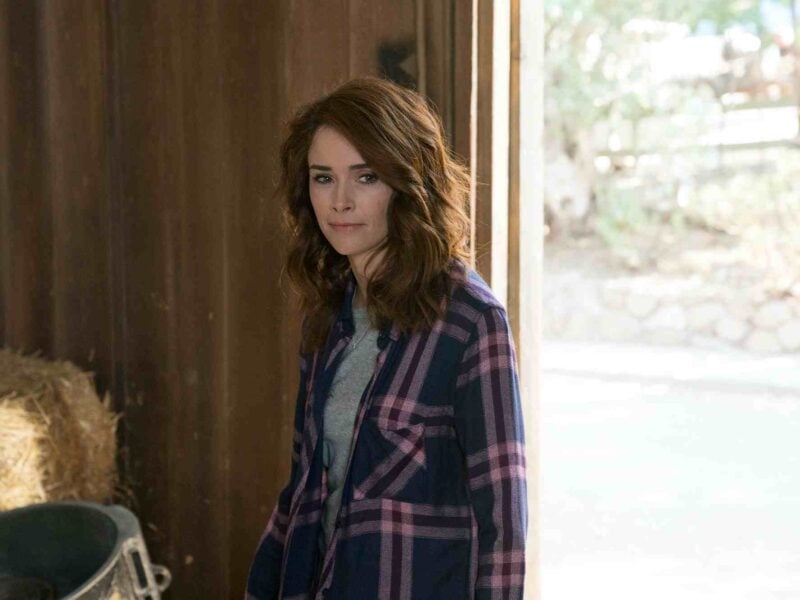 Is Meghan Hunt coming back for the new season of ‘Grey’s Anatomy’?