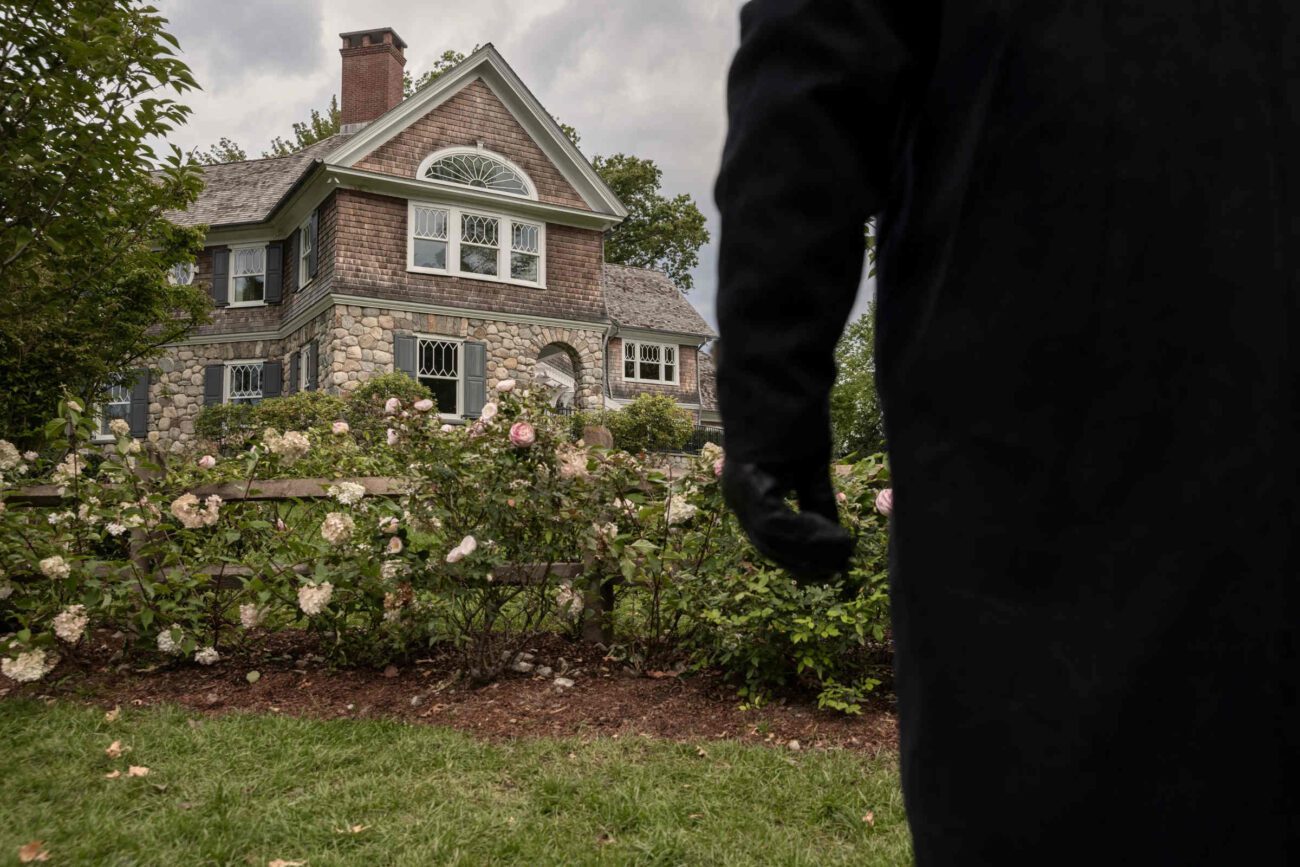 Netflix’s new series The Watcher is a nail-biting tale, but the real story is one of intrigue & mystery. Have you ever felt like you were being watched in your own home? Like there was an intruder just out of sight tracking your every move? It’s enough to make the hairs on your arm stand on edge.

For one well-to-do family in the suburbs of Westfield, NJ, this fear became an unsettling reality. The infamous home at 657 Boulevard is nothing like the grandiose ode to the human ego in the show. However, the terrors it holds are just as terrifying if not more so since they happened in real life.

Well, almost like real life. Netflix added a little extra spice to the real story of The Watcher for dramatic effect. Yet, they might have needed to add anything since the original details are juicy enough as is. It’s enough to make you never want to open your curtains again. 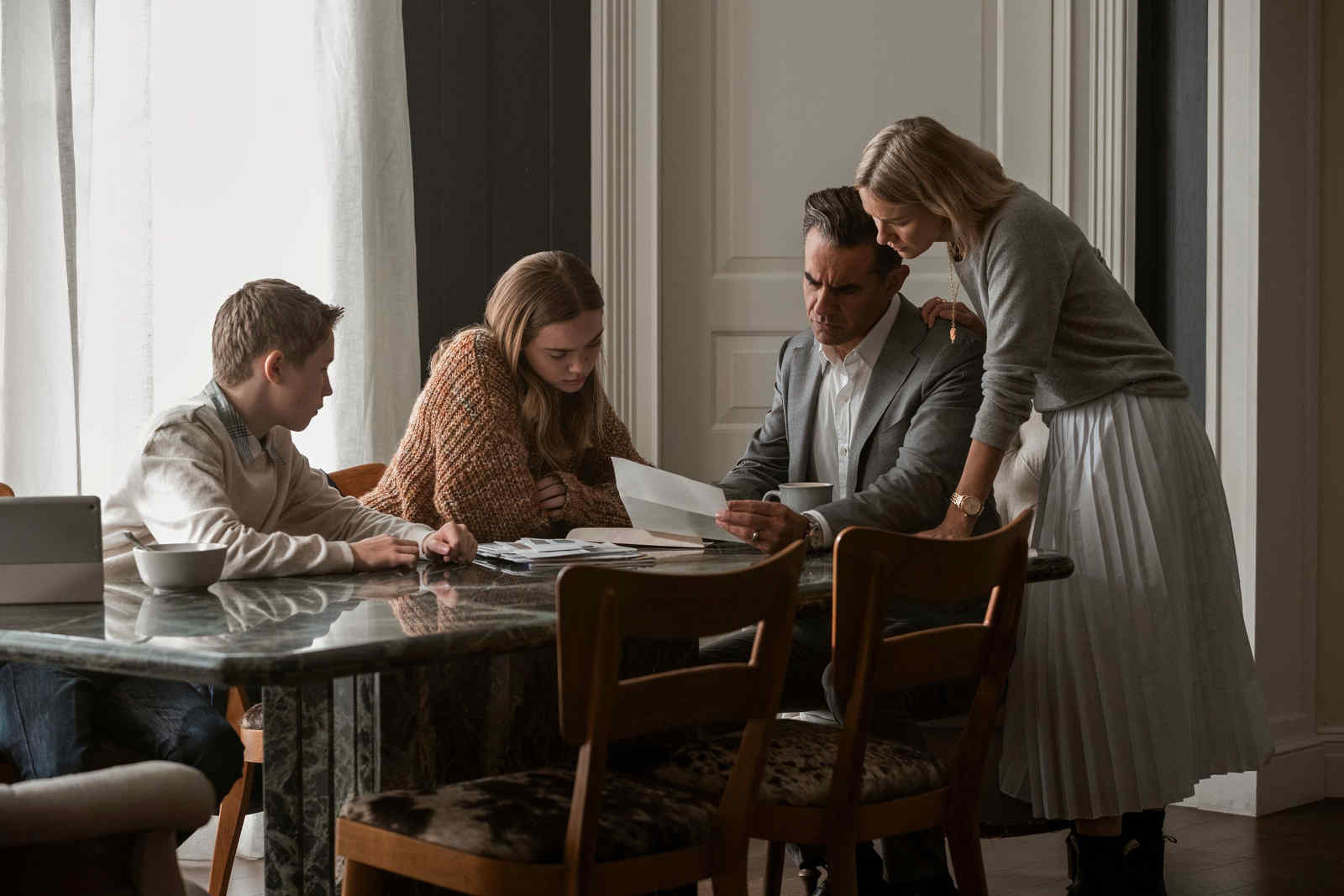 Netflix has been killing it (pun unintended) when it comes to bringing sensational stories to life. Dahmer – Monster: The Jeffrey Dahmer Story caused a buzz in the true crime community and has had viewers on the edge of their seats since its September 21st release.

Ironically, Dahmer creators Ryan Murphy & Ian Brennan are the brilliant minds behind The Watcher. The series follows the story of the Brannock family as their suburban dream turns into a modern-day nightmare. Naomi Watts & Bobby Cannavale are the perfect match as the desperate wife & husband.

In just seven episodes, we see the Brannocks collectively break down. Wild accusations are thrown, desperate moves are made, and the whole family is pushed to the brink. It’s all because an unseen stalker is surveilling their home under the guise of trying to protect them. 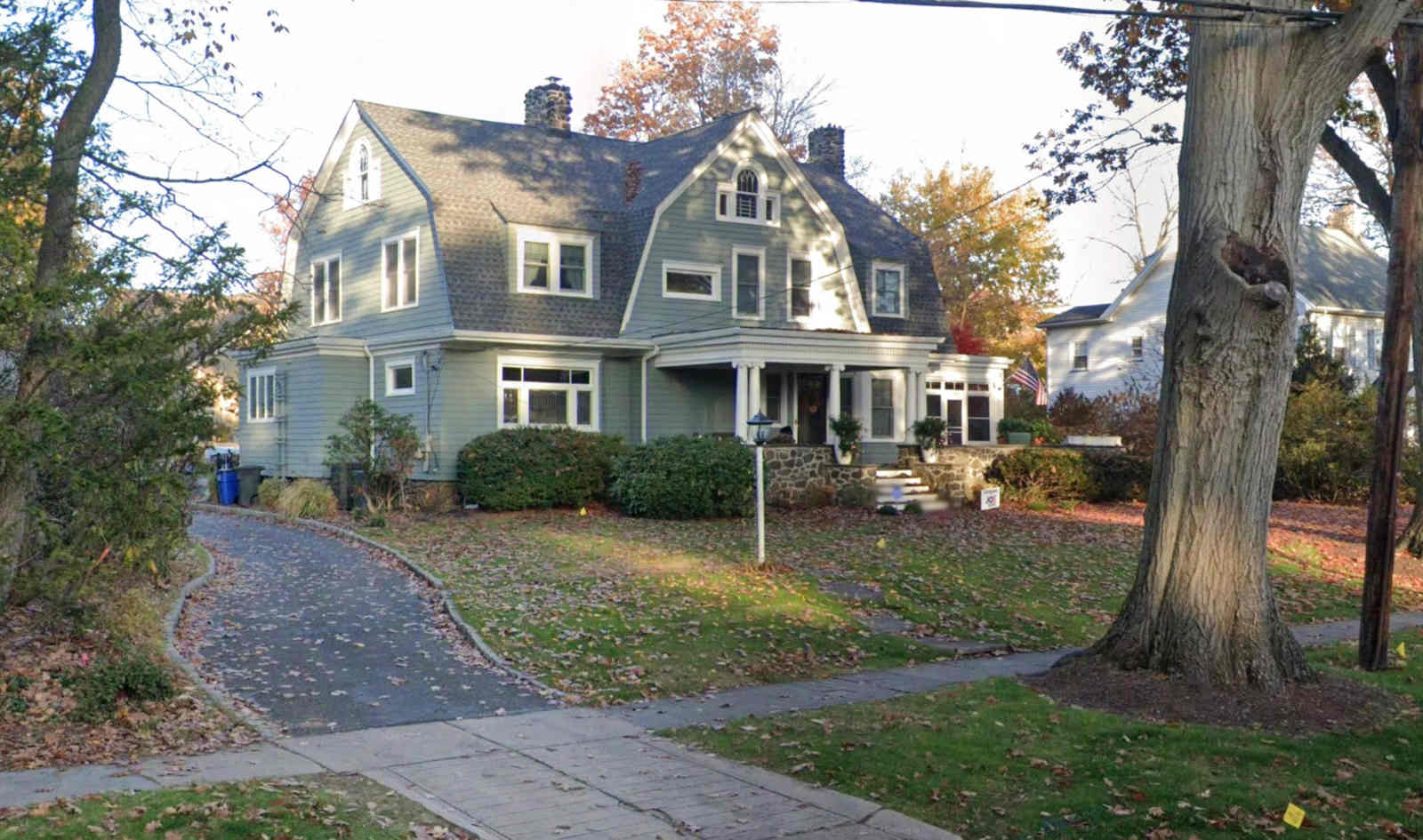 The series is a terrifying look into why envy is one of the deadliest emotions. The real story of The Watcher, though, is just a series of random events, and honestly? That seems worse. It leaves you in constant panic because you never know what’s going to happen next.

In June 2014, Mr. Broaddus – the real-life Mr. Brannock – was checking the mail after moving in with his wife & two kids. He expected nothing. Instead, he found a handwritten letter addressed to “The New Owner” of the cozy little home located at 657 Boulevard. Unbeknownst to him, it was only the beginning.

The unidentified sender in the real story of The Watcher described himself as the latest in a patrilineal line of watchers. They claimed their family had been watching the house since the 1920s. If that wasn’t scary enough, they ended the letter by promising they’d find out why the family had moved in. 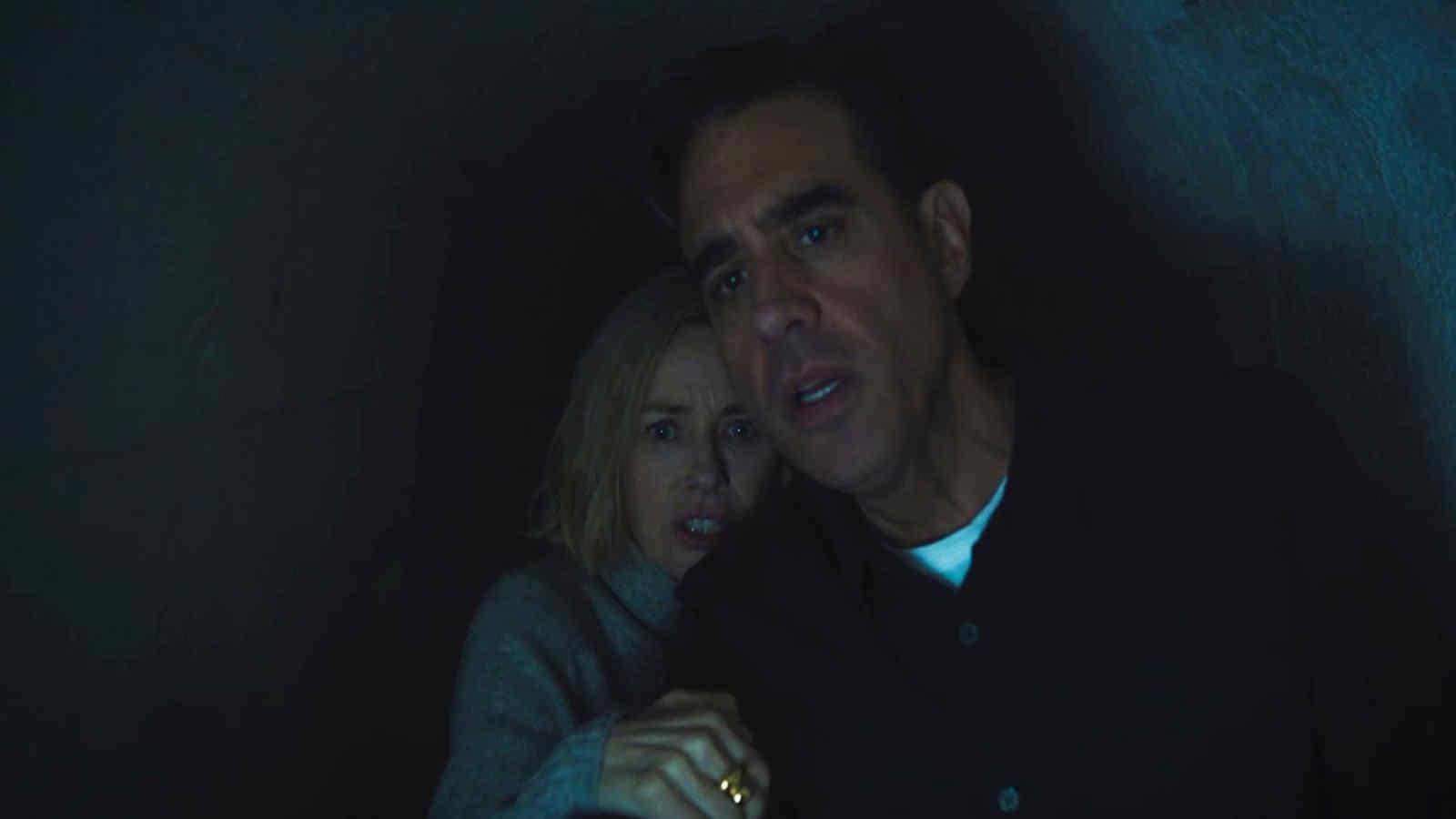 The Watcher went on to ask about young blood and lure the children outside by calling their names. Naturally, the Broaddus family went to the authorities but there was nothing they could do since no harm had actually come to pass. Then all was silent and life went on.

Then, two weeks later, they received another letter. This one called the children by name. It even described one of them painting in an area of the porch only someone very close by could even see with clarity. Unfortunately, neighbors began casting doubt on whether or not their story of The Watcher was even real.

Netflix’s The Watcher captures this by making Mrs. & Mr. Brannock a tad bit unlikeable. Their paranoia makes them hostile and their increasing panic starts making them seem delusional. It’s as easy for the audience as it might’ve been for the authorities to question their authenticity. 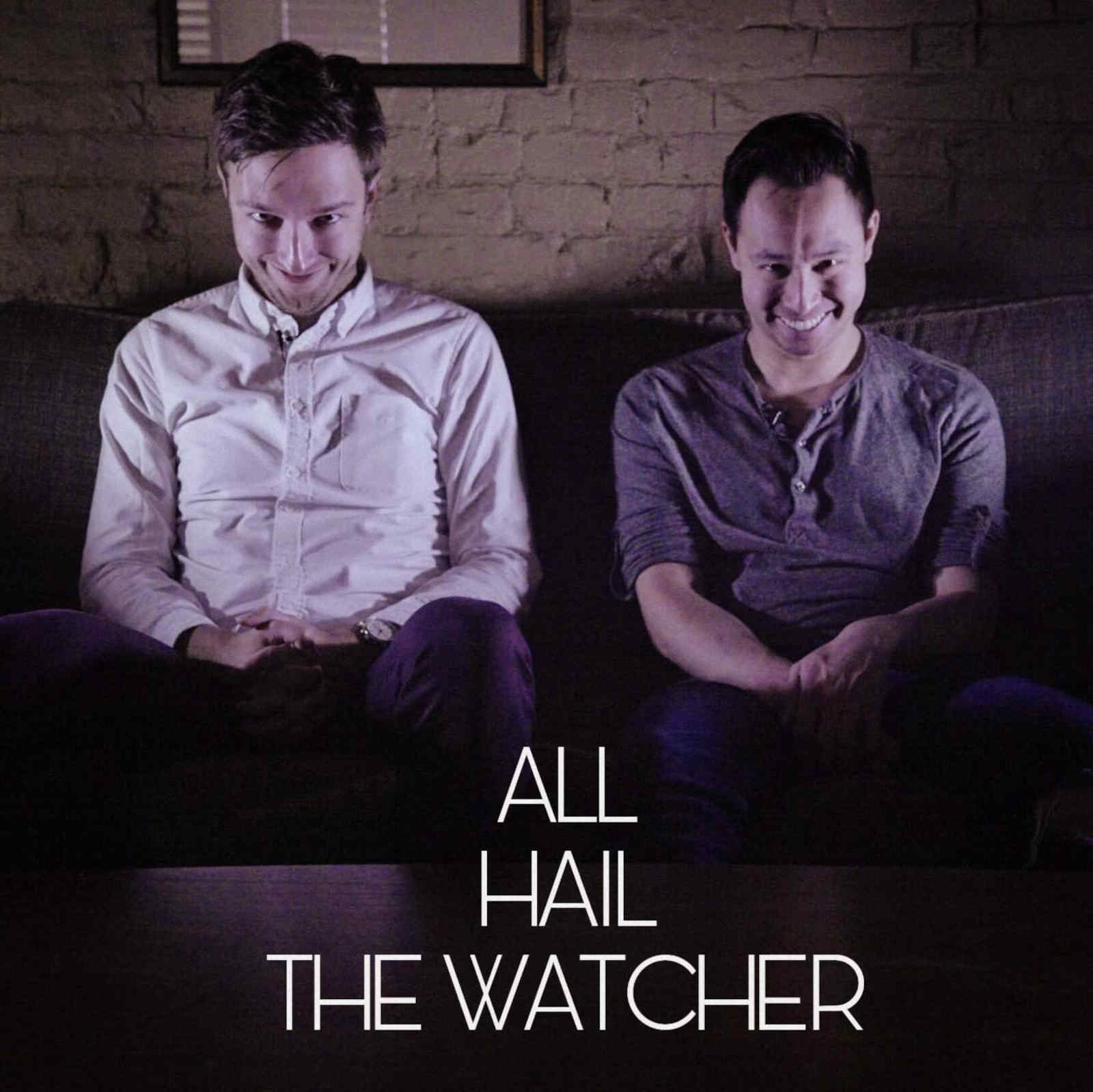 The real story of The Watcher was relatively small until it reached Buzzfeed Unsolved: True Crime. Hosts Ryan Bergara & Shane Madej did a hilarious deep dive into this little mystery. They delivered it with interesting factoids, creative special effects, and, of course, winning personalities.

At 15 million views, it remains one of their most popular videos. When Bergara & Madej left Buzzfeed to start their own company, they even named it Watcher. These internet sweethearts have since put their true crime days on pause, but their legacy lives on as they create more great content.

As for The Watcher, the real story of this weird stranger lives on in infamy. The Broaddus family eventually gave up and left their home behind. Were they scared off by a neighbor? Or were they the culprits all along? We might find out someday. Until then, in the words of Ryan Bergara, the case remains unsolved.