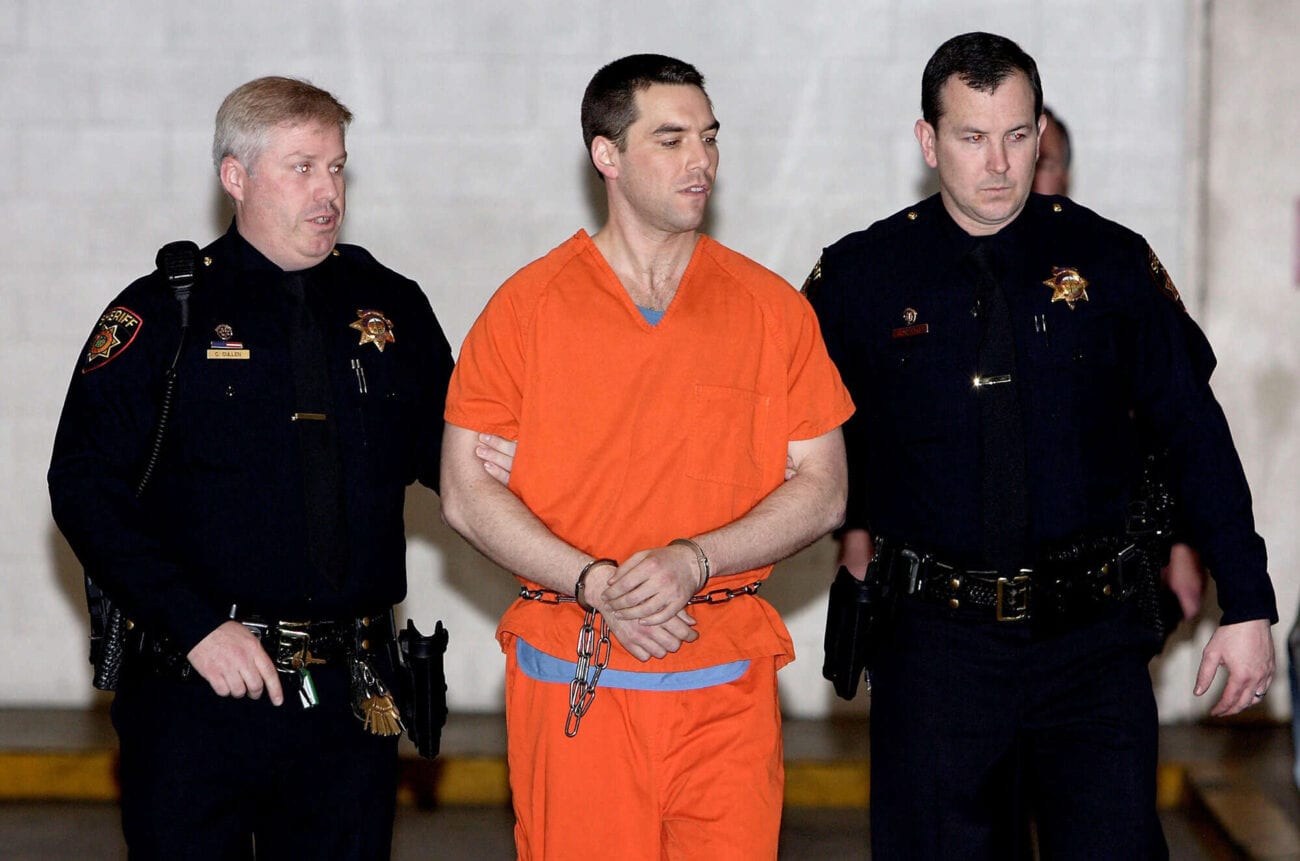 Did Scott Peterson murder his wife? Everything about his court appeal

Before there was Chris Watts there was Scott Peterson. Unfortunately, men who murder their own families are not unheard of. Watts murdered his wife, two daughters, and an unborn son. Peterson also murdered his wife and unborn child. It was concluded that both had the same motive for doing it: starting a new romantic relationship without their family in the picture.

We guess the thought process is “Why divorce your wife when you can kill her?” Sickening, we know. Especially when you consider the children who were also victims of these evil deeds. Some might argue Chris’s crimes were worse because he murdered more people. Others would focus on the tragedy of Peterson’s death sentence being overturned in 2020.

Peterson committed the murder of his family in 2002. Even though he was convicted of two counts of murder, Peterson might receive a lighter sentence because of an error in the court process. It’s hard to come to terms with the fact that one misidentified detail sixteen years ago could lead to drastic changes. The family of Peterson’s deceased wife must be livid and devastated. 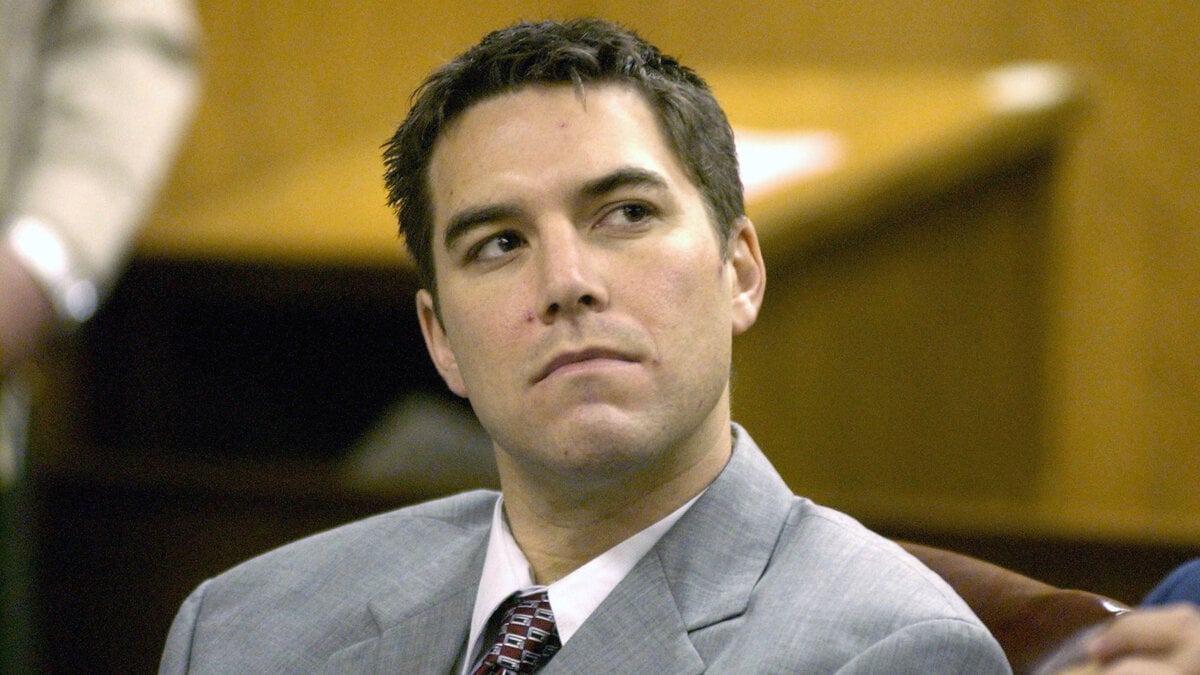 On December 24, 2002, Peterson’s late wife, Laci, was reported missing from their home in Modesto, California. One month later, a massage therapist named Amber Frey came forward and told police Peterson had lied to her and told her he was a widower at the start of their relationship that November. On April 13, 2003, Laci’s unborn child, Conner, washed up on the shore of the San Francisco Bay.

On April 14, 2001, so did the body of his mother Laci. Peterson was arrested on April 18 pending capital murder/double-homicide charges. He was held without bail. Peterson pleaded not guilty to the charges and his trial was moved from his hometown to San Mateo County because of all the publicity it received. A gag order is also put in place in order to promote a fair trial. News cameras were not allowed at the preliminary hearing.

A six-man, six-woman jury was chosen and they deliberated for nine days before Peterson’s convicted of first-degree murder for Laci’s death & second-degree murder for Connor’s death. The judge ruled that the $250,000 life insurance policy Peterson took out on Laci went to Laci’s family, and Peterson was kept in San Quentin State Prison ever since. The possibility of Peterson getting out of prison began on August 24, 2020. 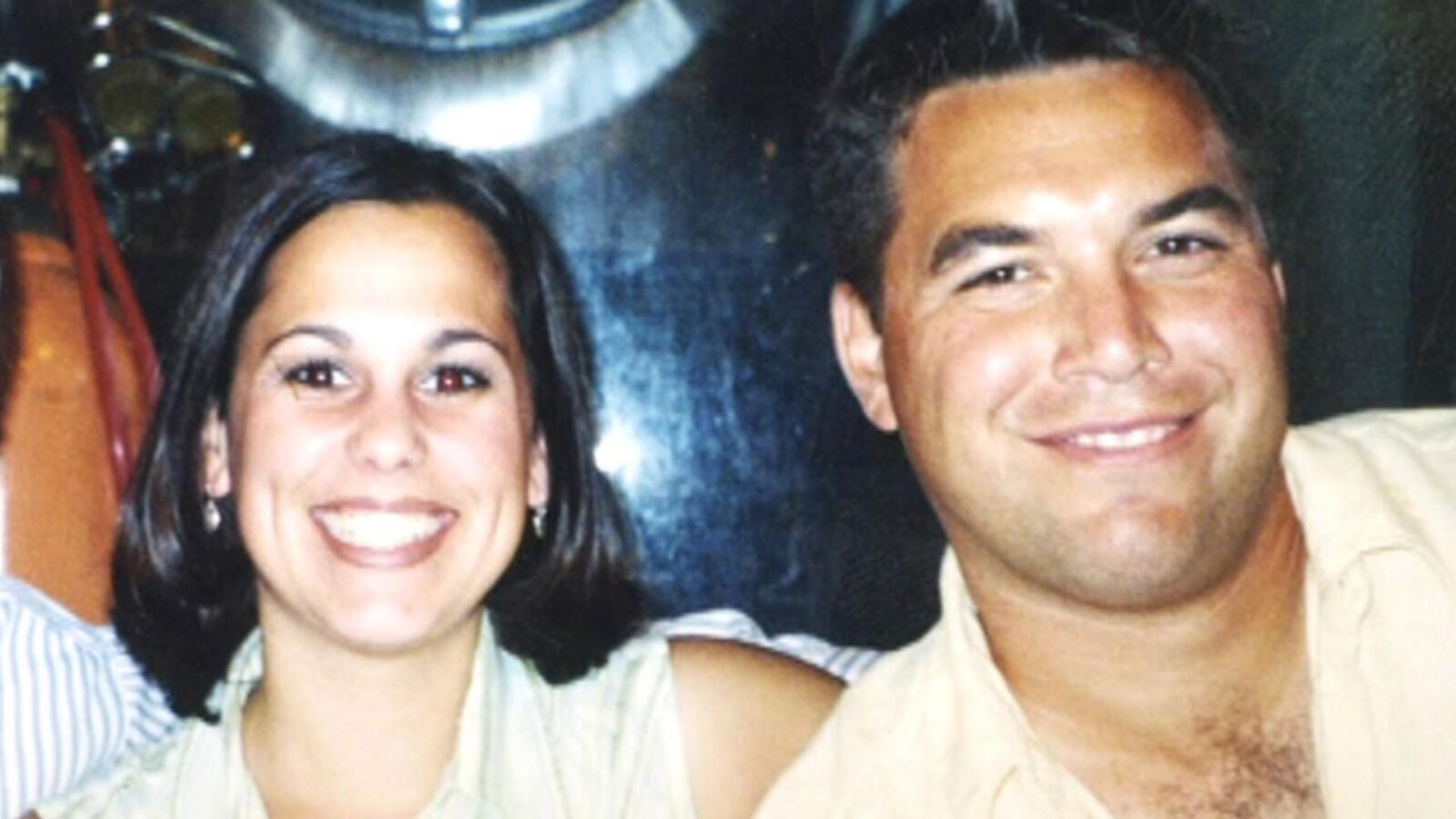 A court appeal after killing your family?

On March 13. 2019, Governor Gavin Newsom signed an executive order issuing a moratorium on the execution of death row inmates. Scott Peterson was among the death row inmates in line for a lethal injection – but Peterson’s lucky break doesn’t stop there. On August 24, 2020, California’s Supreme Court overturned Peterson’s death sentence.

The most obvious question ringing in everyone’s ears is “Why?” In 2015, Peterson’s lawyers filed a petition for habeas corpus arguing Peterson’s conviction should be tossed. On June 23, 2004, a juror was dismissed from the court for speaking to Laci’s brother, thus opening himself up to scrutiny and bias – but that’s not the reason Peterson’s lawyers think Peterson’s trial was unfair.

The aforementioned juror was dismissed in a timely manner. It’s qualms about the details of another juror that spurred their petition. A juror named Richelle Nice reported she had never been the victim of any crimes or involved in any lawsuits when being screened for the trial. Apparently, in 2000, Nice’s boyfriend’s ex “committed acts of violence against” Nice and made her fear for her unborn child. 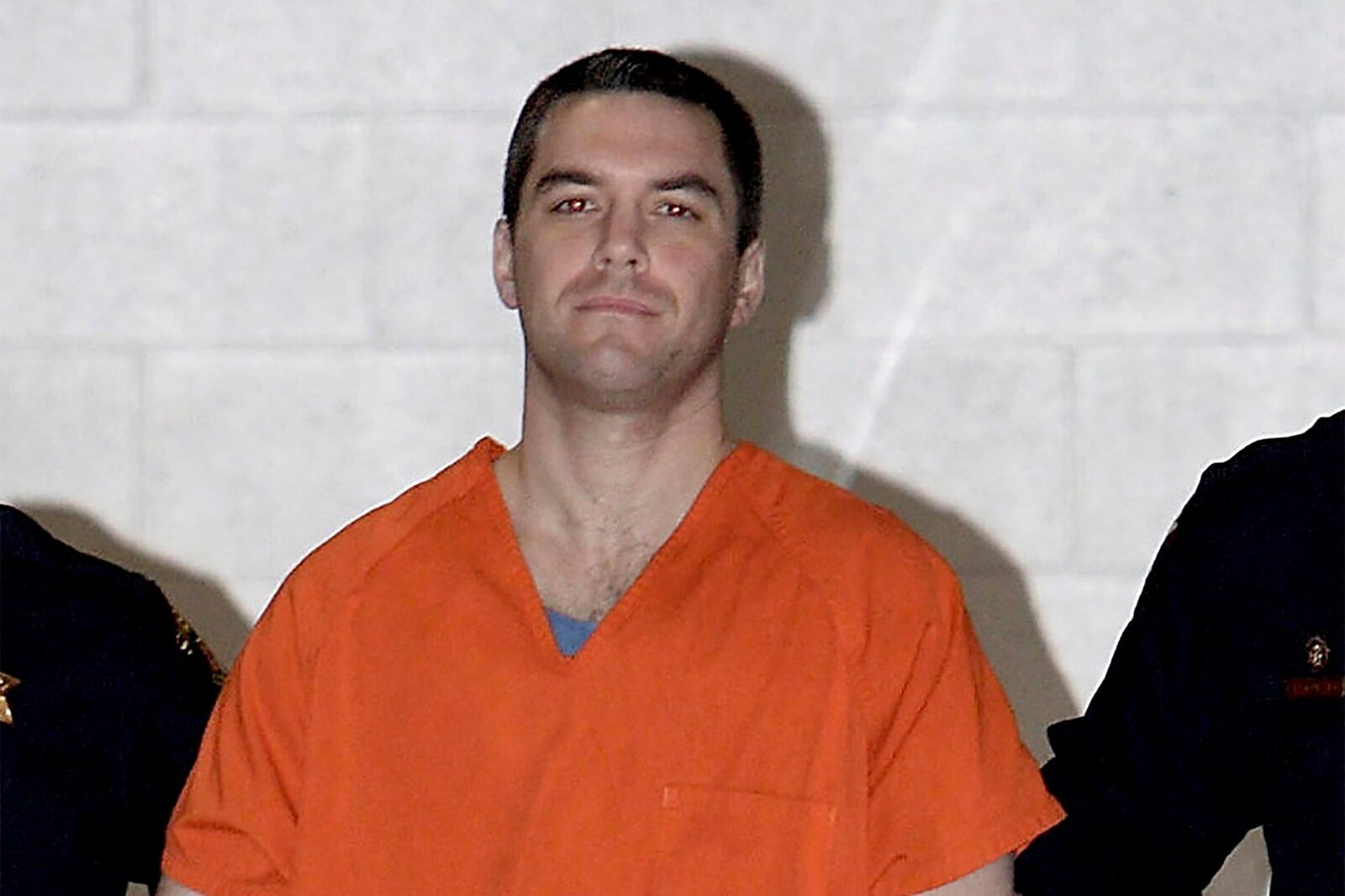 Peterson’s lawyers claim this failure to disclose the incident and the following petition by Nice for a restraining order tainted Peterson’s trial and may have biased the jury. Nice says the reason she didn’t speak of this incident is that she simply didn’t realize a restraining order counted as a lawsuit. Many of us probably didn’t know that either.

California’s highest court announced on October 14, 2020, that it was sending Peterson’s case back to San Mateo County for re-examination. Peterson’s family issued a statement saying, “As the court takes a closer look, we are confident they will find enough evidence to warrant a reversal of Scott’s conviction. We look forward to Scott being granted a new trial in the coming months.” 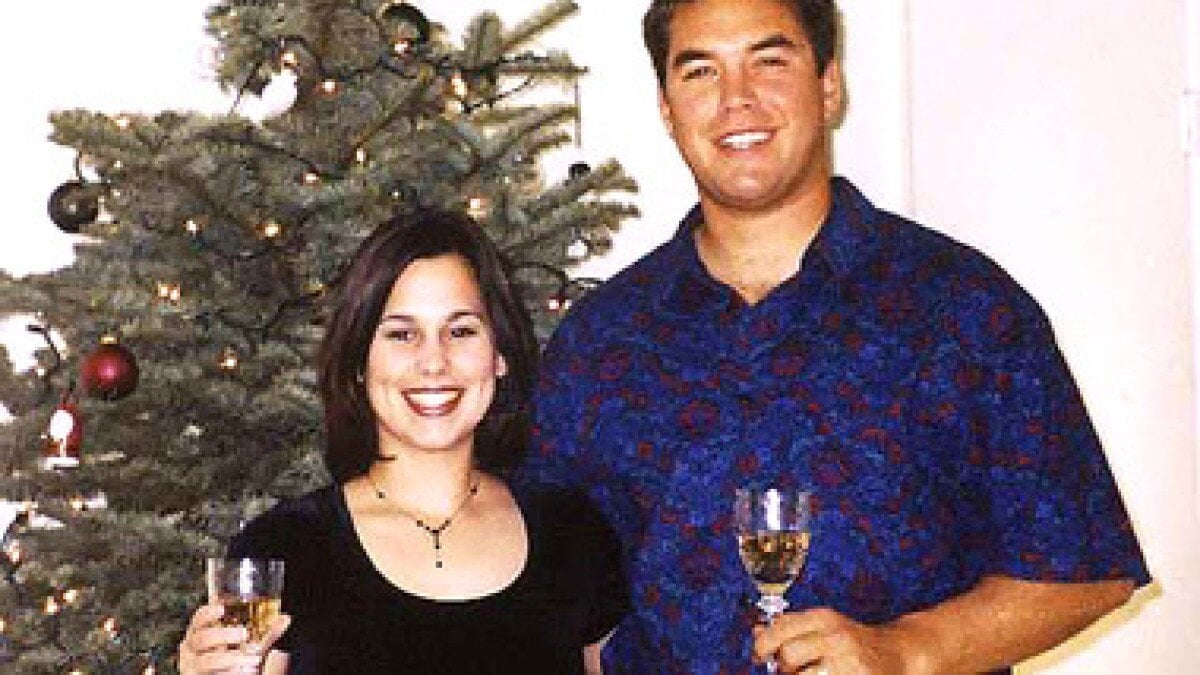 After all, Peterson has maintained his innocence all this time. The court ended up overturning Peterson’s sentence – but not his conviction. Mark Geragos, a lawyer of Peterson’s, disapproved of the decision. “If you say that jury selection is fundamentally flawed,” said Geragos, “how can you say that the guilty verdict is not fundamentally flawed?”

The court maintained, “We reject Peterson’s claim that he received an unfair trial as to guilt and thus affirm his convictions for murder. But before the trial began, the trial court made a series of clear and significant errors in jury selection.”

Many are relieved the convicted murderer will not be given a chance to walk free. Peterson probably had arguments like Laci being killed by someone else while taking a walk ready, as he did in his last trial. Considering the fact that Peterson proclaimed himself a widower long before Laci’s body was found, very few are buying into the idea of his innocence.