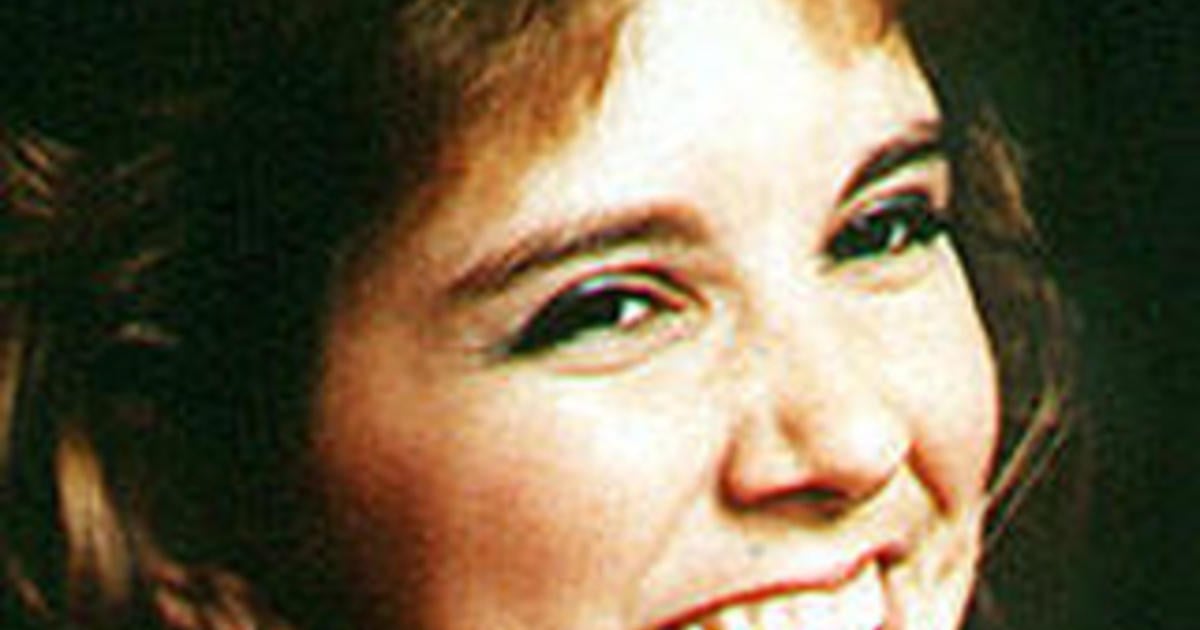 True crime: What happened to Rene Richerson? Was she abducted?

In a true crime case that’s long cold, Rene Richardson went missing right after her shift began at work. Of all the places to be attacked or abducted, a job you’re familiar with is second only to being attacked in your home for the most chilling places true crime can find you.

Plus, to this day, no one knows where she went, where she could be, or if she’s still alive. Even after nearly thirty-three years, Rene Richardson is still listed as a missing person. What could have happened to her? Let’s delve into this perplexing true crime right here. 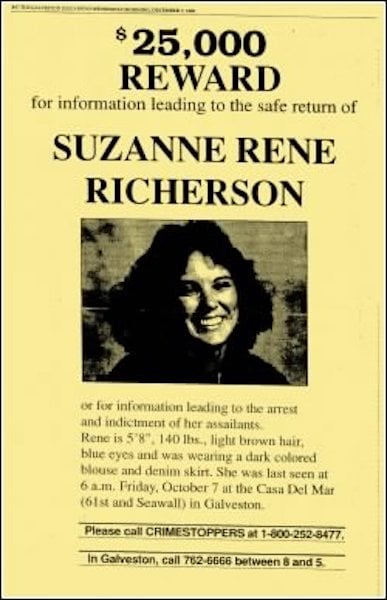 Suzanne Rene Richardson was last seen at her job at the Casa Del Mar Condominiums when she was twenty-two years old. At 6:00 a.m., Richardson walked into her shift at the condo complex in Galveston, Texas. Shortly after the security guards vacated the premises, leaving the building after their shift ended (and the last people to see Richardson alive), a coworker heard a scream coming from Richardson’s office. 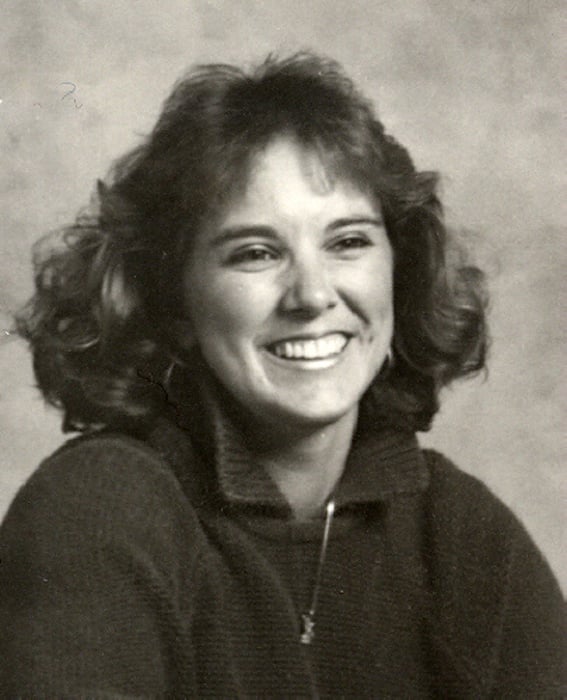 Rene Richardson went missing close to an infamous site in the true crime world: the Texas killing fields. Near Galveston, Texas, off I-45 on the south end of Houston is a stretch of land infamous for dumping bodies. The terrain is overgrown with weeds and nameless dirt roads near an oil field. For decades, authorities have been pulling the remains of missing women & girls from the fields.

Specifically, the Texas killing fields have been officially linked to over thirty true crime cases involving missing women & girls. There could be hundreds more.

One of the victims was Heide Villarreal-Fye, a cocktail waitress who was last seen alive in 1983. She was hitchhiking to Houston to see her boyfriend when she vanished. Her remains turned up in the Texas killing fields after a local dog trotted home carrying Fye’s head.

“I THINK WE MAY BE CLOSE” Tim Miller with @txeqorg believes the latest development in the “Texas Killing Fields” cases will lead to an arrest. Today, League City Police announced they’ve identified 2 of the victims. More on @FOX26Houston at 5 pic.twitter.com/hH6qTUXXcL

Another victim was the great-niece of Marilyn Monroe. Thirteen-year-old Krystal Jean Baker was abducted near Galveston, raped, strangled, and her body was dumped along the infamous stretch of I-45. Thanks to the numerous bodies of missing & murdered women & girls found in the killing fields along I-45, the highway is known as one of the bloodiest in the U.S.

Thanks to DNA technology, authorities were able to identify two Jane Does by putting together a “phenotype” of each of the women. A similar technique was used to ensnare the Golden State Killer in 2020. Thus, if Rene Richardson has been dumped in the Texas Killing Fields, and her remains are found, authorities could solve this true crime. 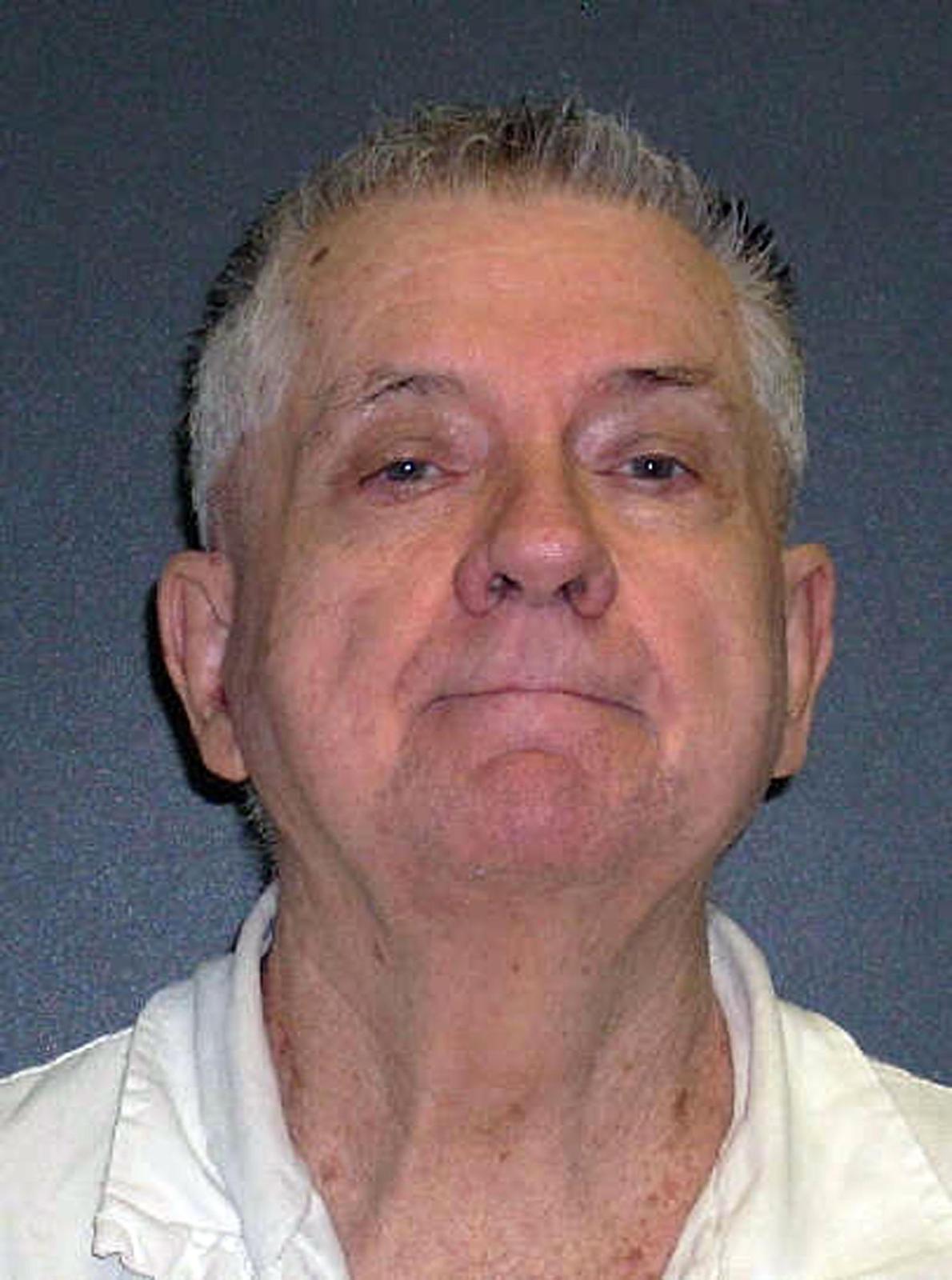 Since Rene Richardson disappeared in 1988, there’s no way to track her browser history and see who she was chatting with. There was no social media nor was there a widespread internet with search histories for authorities to find leads on.

Authorities reportedly had one lead: Gabriel Soto, who would’ve been twenty-five when twenty-two-year-old Richardson went missing from her job. Authorities suspected he was somehow involved in Richardson’s disappearance, but he died at thirty-nine in 2002 from an apparent drug overdose before they could question him. Soto was awaiting trial on another case at the time of his death.

Meanwhile, a task force has been assembled involving local police and the FBI to help solve true crime cases involving the Texas killing fields. They call themselves Operation HALT, or Homicide-Abduction Liaison Team. Authorities further believe several serial killers, who may still be at large, are responsible for many of the missing & murdered women found there.