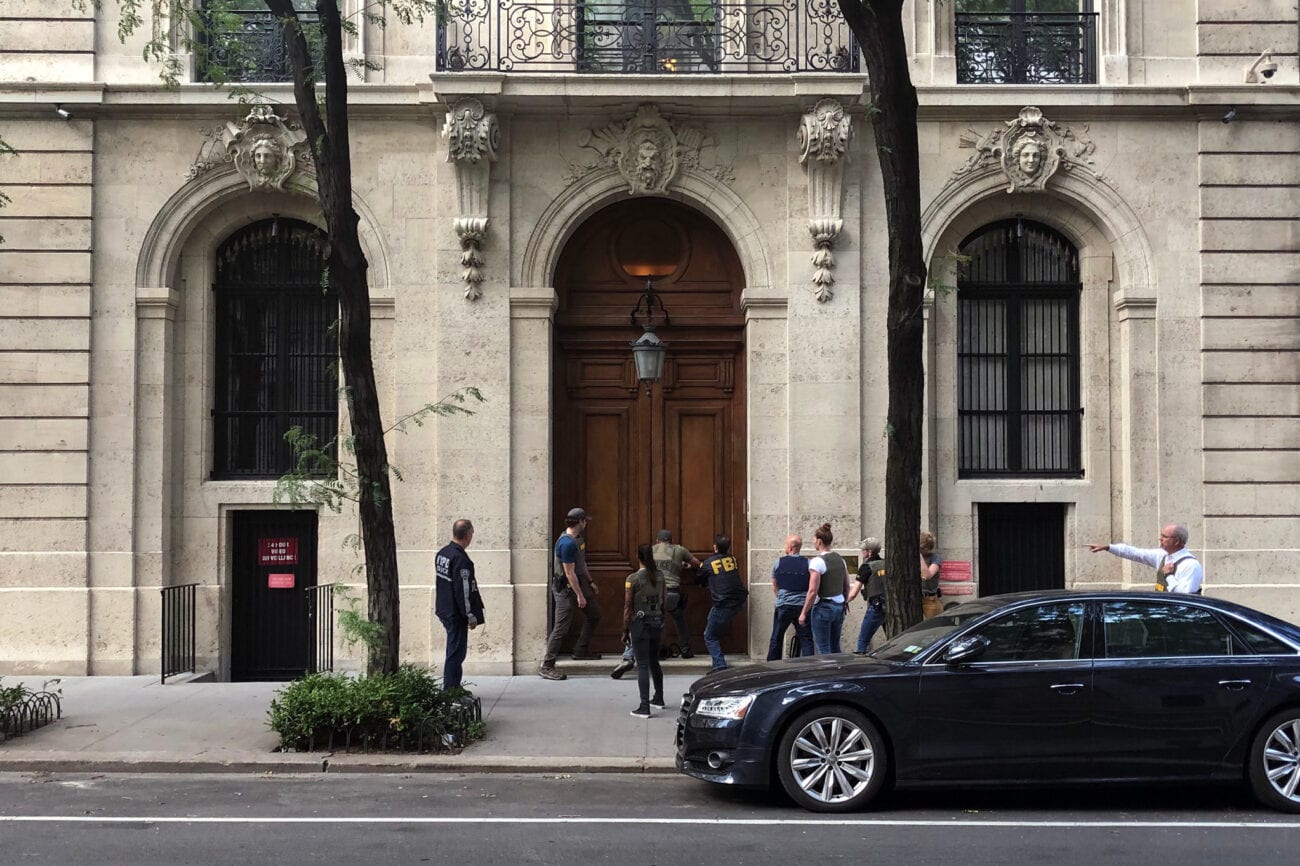 Jeffrey Epstein’s house: Who gets the filthy financier’s money after its sale?

Today, news broke that disgraced financier and accused sex trafficker Jeffrey Epstein’s Manhattan mansion finally sold to the tune of under $51 million. While many may believe the sale could go right into Jeffrey Epstein’s cold, dead coffers, the money from this notorious house is actually going straight into the pockets of Epstein’s victims.

Jeffrey Epstein’s estate, and thus his victims’ compensation fund, has run dry over the winter thanks to the assets from his island, Little St. James, being frozen in a civil suit from the Virgin Islands’ attorney general. Therefore, since Epstein’s Manhattan house has now sold, his fund manager has declared payments to Epstein’s multiple victims can recommence.

While not as infamous as his estate on Little St. James, the house in Manhattan has allegedly been a hotbed for Epstein’s alleged sex trafficking & recruitment. Here’s everything we know about the house, its sale, and how the finances will be divvied up. 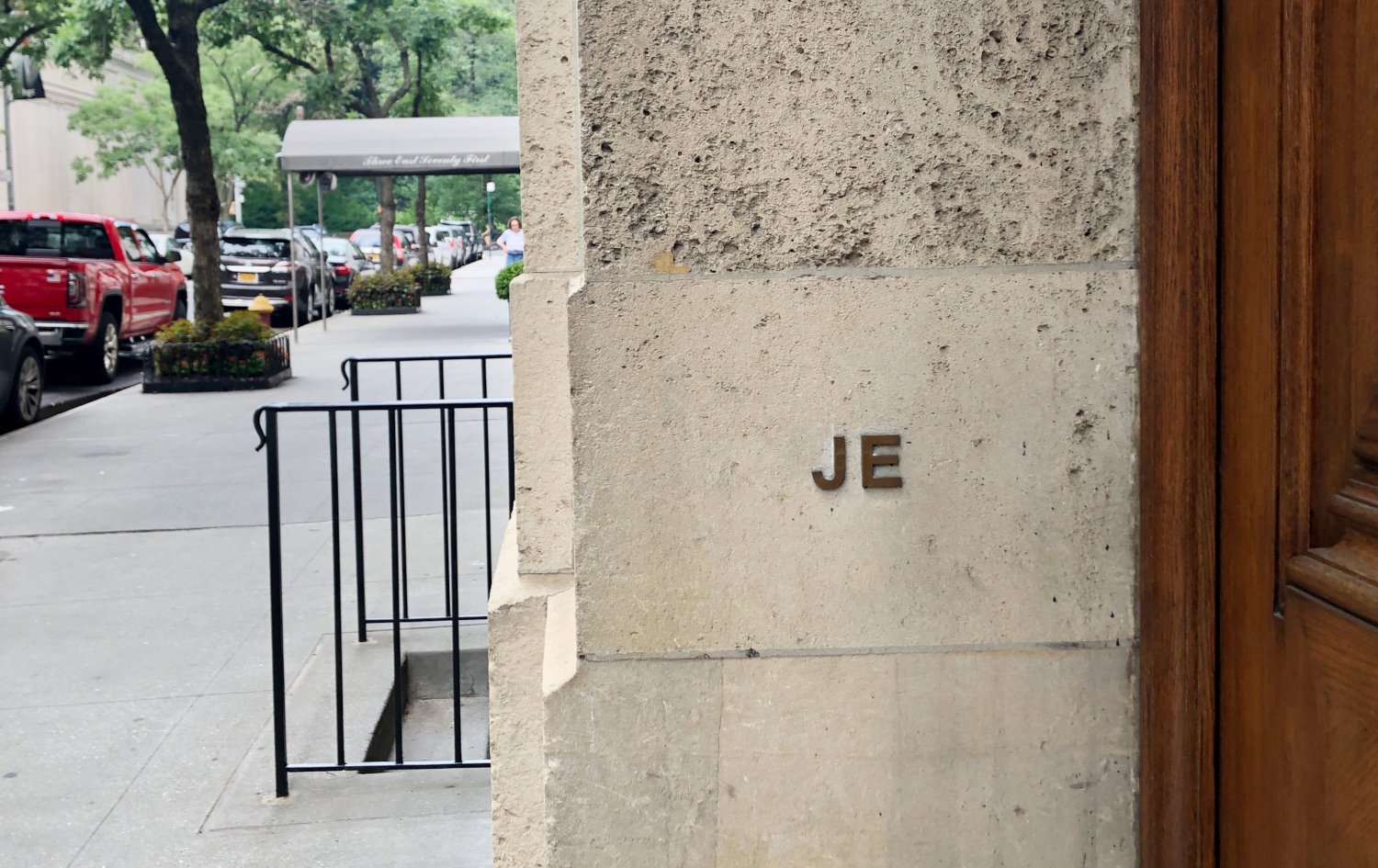 As everyone knows, any dwelling in Manhattan isn’t cheap, let alone a house. If a shoebox on the Lower West Side can run you at least two grand (we hear New Yorkers’ collective laughter at this lowball price), imagine what a house with a dining room on the Upper East Side cost Jeffrey Epstein!

Jeffrey Epstein’s New York house cost him the most out of his six properties, including Little St James. That’s right, this New York townhouse was reportedly worth more than a private island in the Caribbean – the New York townhouse went up for $88 million when it first hit the market in July per Mansion Global.

Cutting Jeffrey Epstein’s townhouse down from $88 million to under $51 million wasn’t just due to its reputation as a lynchpin in Epstein’s reported sex trafficking ring. COVID-19 has slammed the New York housing market, so sellers had to contend with a housing downturn in New York along with the horror stories of what Jeffrey Epstein did there. 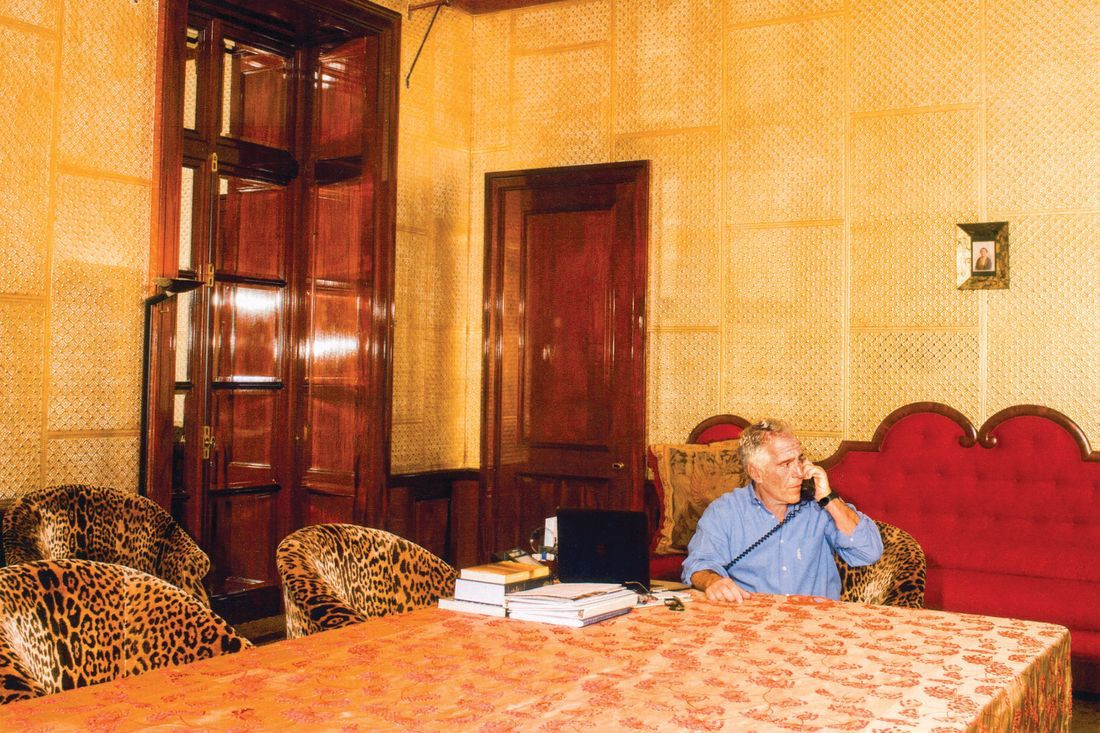 If it weren’t for Jeffrey Epstein’s filthy dealings, the house would be a steal for the filthy rich. Mansions Global reported the house is 28,000 square feet and dates back to the 1930s. Located on 71st Street, Epstein’s former house boasts neoclassical stonework and fifty-foot wide space (if you’re in New York, that’s a lot of space). While Epstein was a resident, he marked his fifteen-foot entrance with the initials J.E.

However, nearly ten years after Jeffrey Epstein’s non-prosecution agreement in Florida, authorities revealed they had evidence that he abused girls as young as fourteen in his New York townhouse. The initial indictment read: “In this way, Epstein created a vast network of underage victims for him to sexually exploit in locations including New York and Palm Beach.” 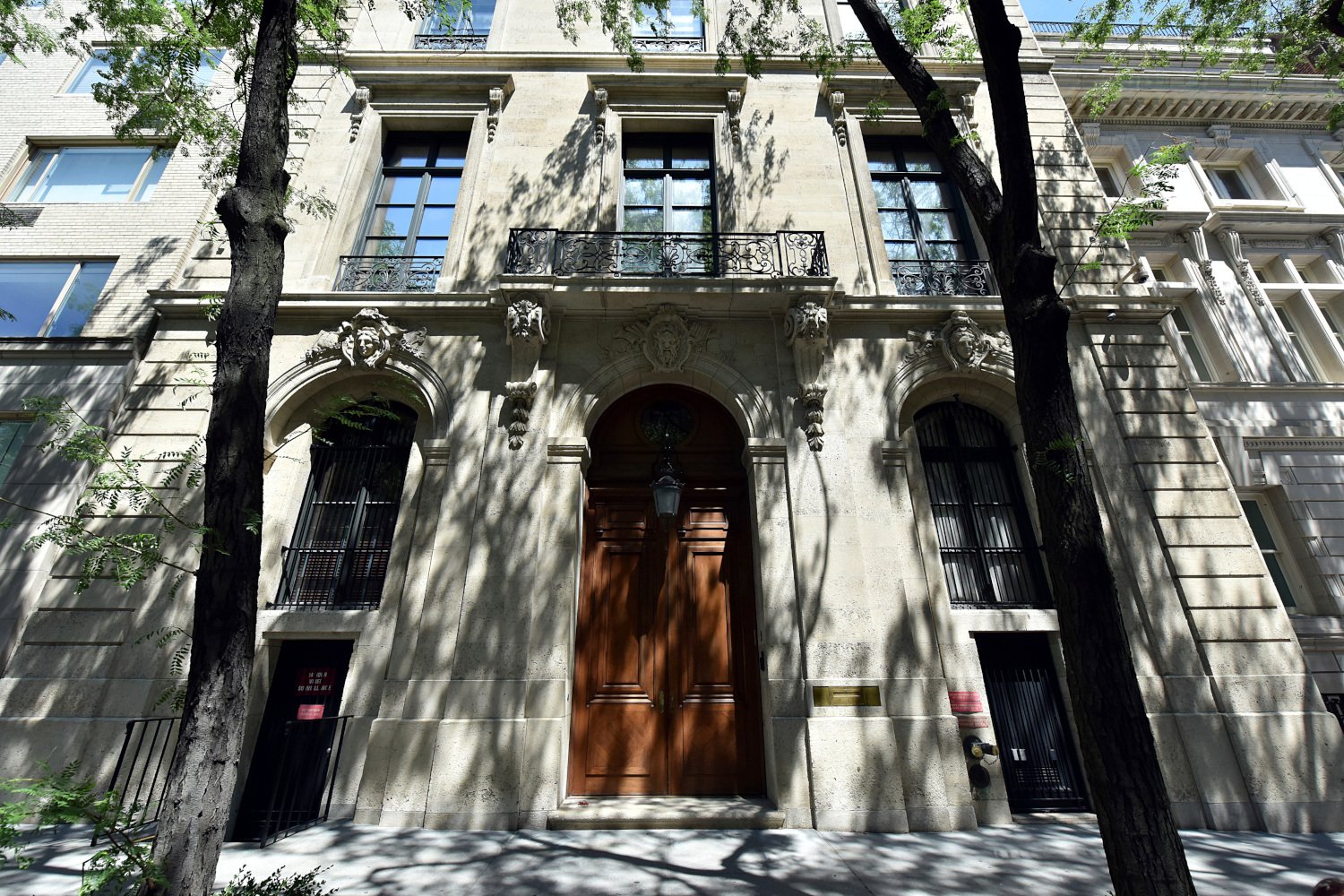 Prosecutors also sought the “forfeiture of Epstein’s townhouse” per The New York Times. In more unsealed court documents, it was revealed there was evidence that Epstein ran his sex trafficking ring out of his New York house from 2002 to 2005. Many of Epstein’s victims, including Virginia Roberts-Giuffre, have reported being abused there.

Court documents further revealed that one victim claimed Epstein used his Manhattan house as a springboard to create “a similar network of minor girls to victimize” in Florida. In Netflix’s documentary Jeffrey Epstein: Filthy Rich, Annie Farmer, one of Epstein’s earlier-known victims, also reported being approached by Epstein in Manhattan and working in his Manhattan house as an assistant. 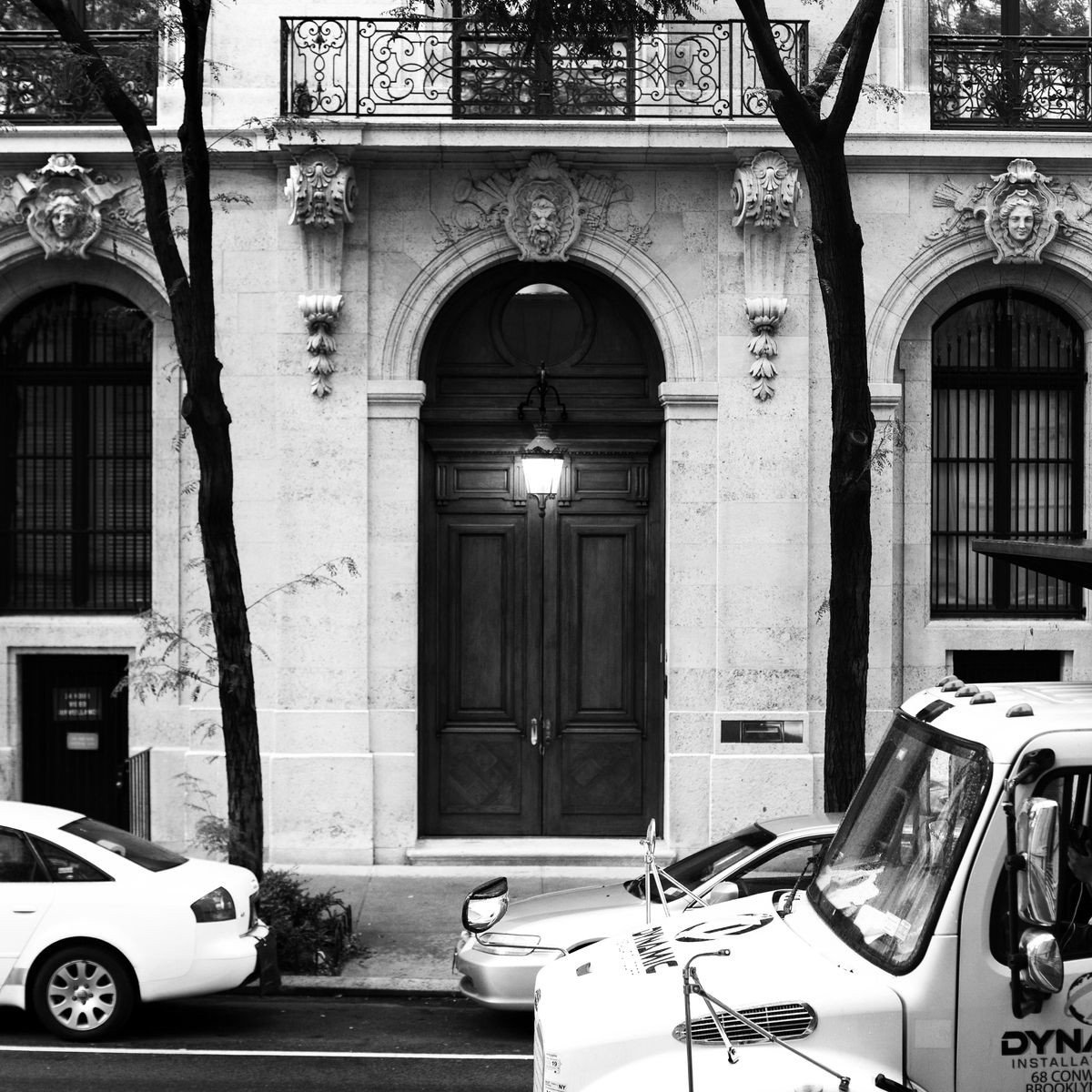 Currently, roughly seventy victims of Jeffrey Epstein have been identified. Victims who have come forward may be deemed eligible to collect compensation from a victims’ compensation fund established by Jeffrey Epstein’s estate. Their payouts would reportedly average $8 million, but there are a couple of catches, a big one being that victims who come forward waive their rights to sue Epstein’s estate.

Since Jeffrey Epstein’s Manhattan house has finally been sold, payouts can begin again. The fund’s administrator Jordy Feldman told CNN: “We are eager to resume issuing compensation offers as soon as possible. “Once we have more information about the amount of funds that will be made available to the Program and when, I will decide when we can lift the suspension and get back to full Program operations.”