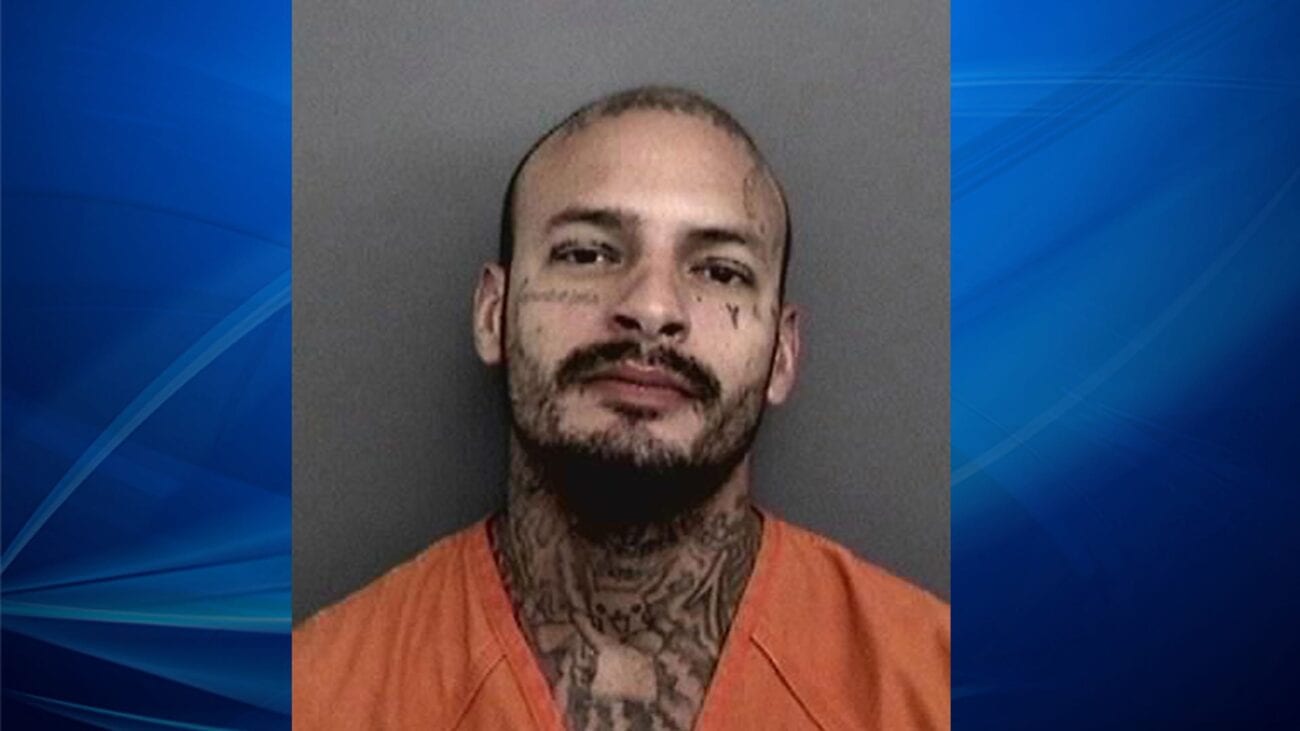 Florida Man would be proud: The craziest U.S. headlines

Ah the Florida man, he who makes headlines the world over that has ever going “what the hell, Florida”. In terms of the US, you think that odd headlines would be the norm for other states. There are crazy people elsewhere in the US, but Florida just seems to have some kind of special concentration of it. Maybe instead of the Fountain of Youth, Ponce de Leon uncovered the Fountain of Poor Decision Making.

Either way, it’s time to show why the Florida man retains his crown over all of the US in terms of the craziest headlines around. Here are some Florida man headlines that will make you laugh, sigh, and wonder why Florida even exists. At this point, we don’t think that the people of Florida know the answer to that question either. 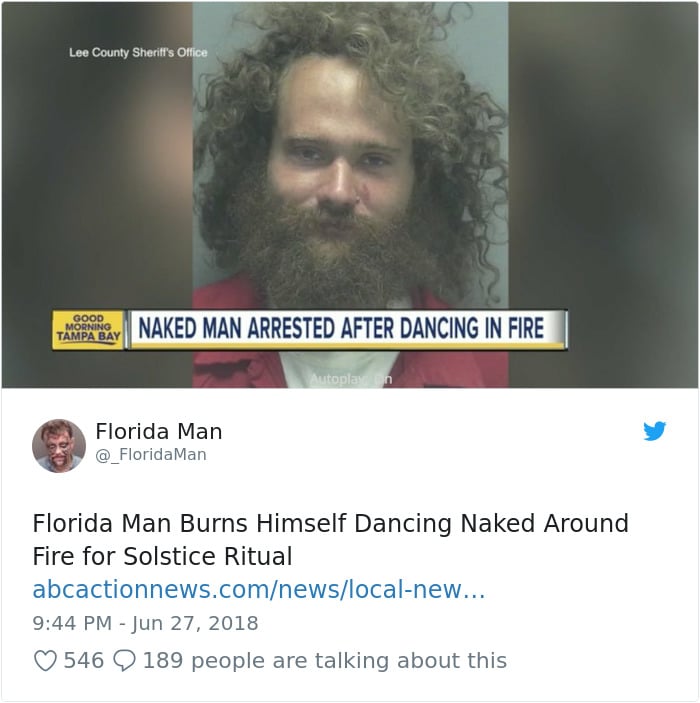 1. That’s one way to get some burns

Dancing naked around a Solstice fire is definitely a new reason for it. Meanwhile, people who actually practice rituals on Solstices are just slapping their hands to their foreheads and praying for people to just stop. 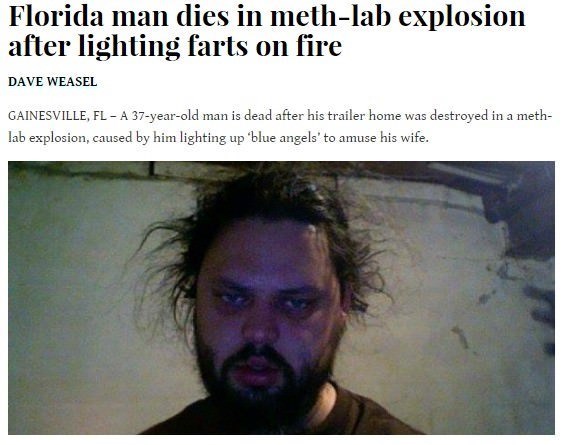 No judgement. Okay, maybe a little judgement. But this guy does look like someone who would die in a meth lab explosion after setting his farts on fire. 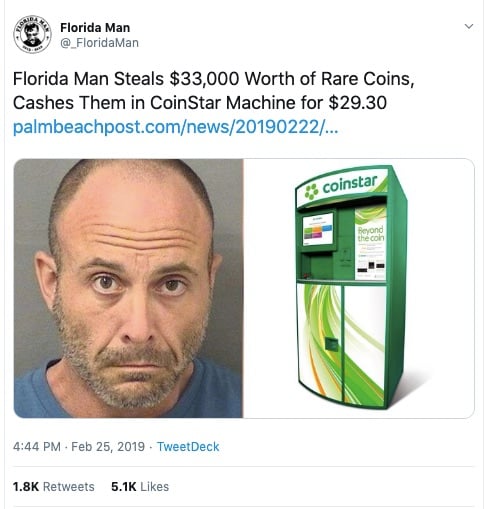 Coin collectors across the world are quaking right now. But also this is lowkey hilarious that $33,000 USD of rare coins isn’t even worth $30 USD. 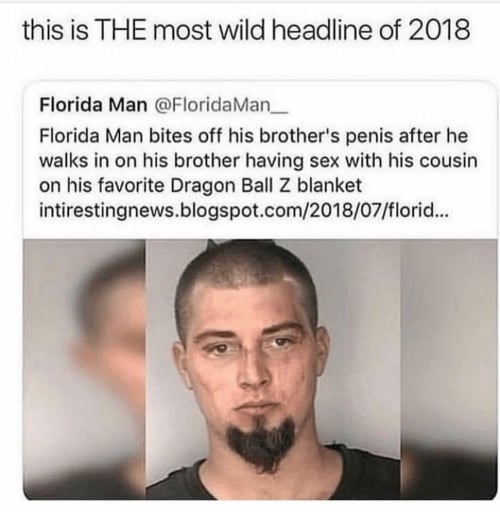 4. Goku would not be pleased

Anyone else feel like they had an existential crisis after reading this headline? Because we sure do. 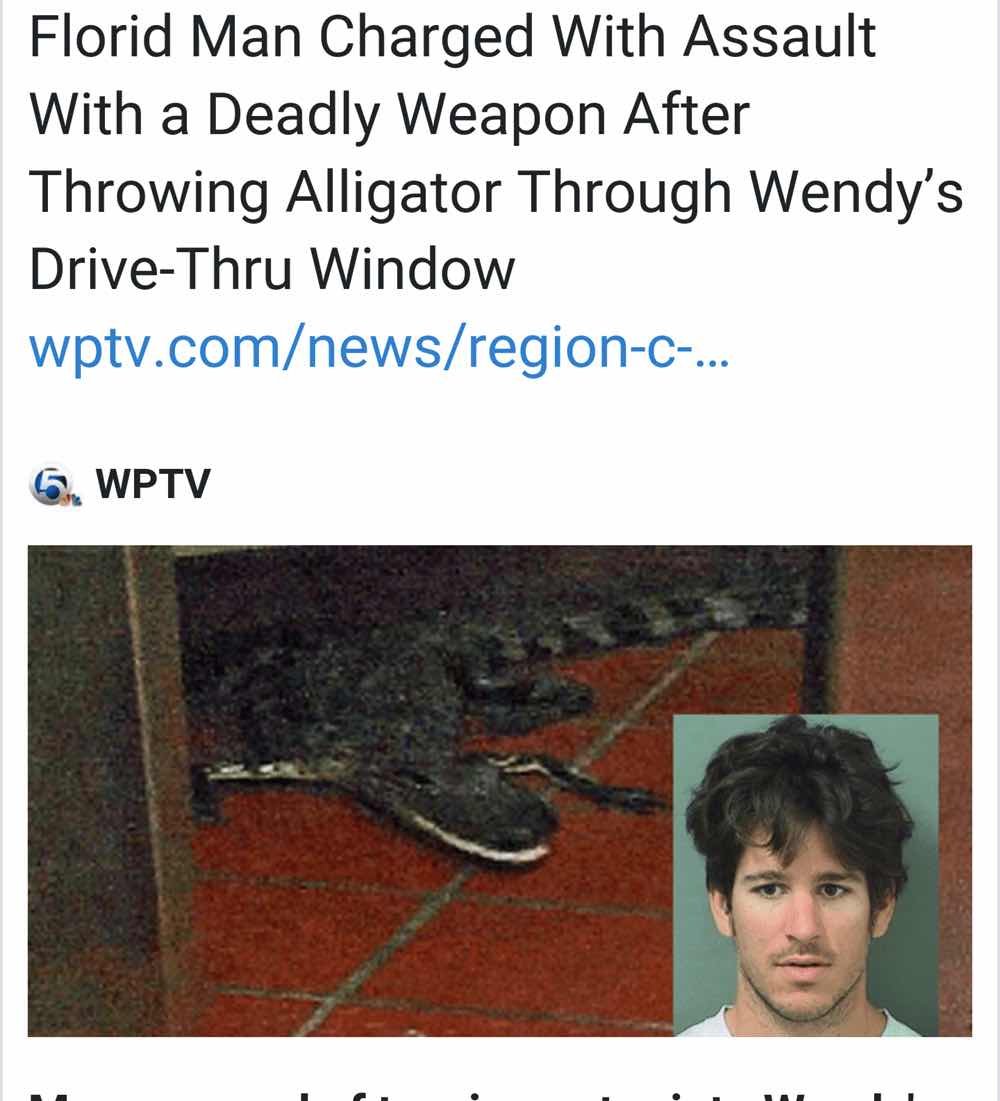 It’s also animal abuse, but also impressive. The aim! The control of the gator! But also, you know, animal abuse. And assault! 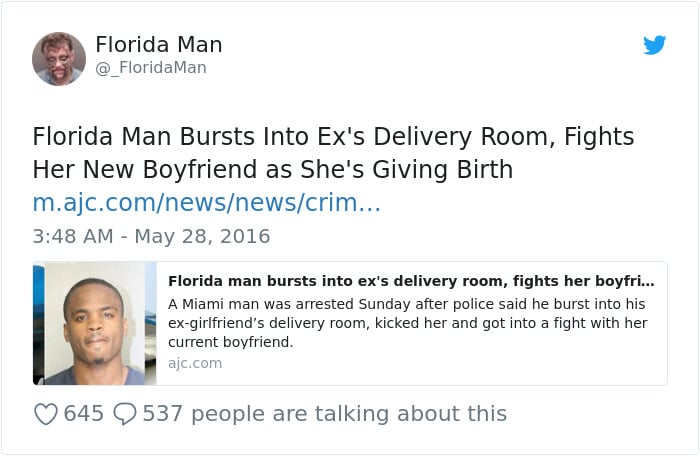 To be a doctor or nurse in that delivery room. Would they be that surprised? Or is just another day in a Florida hospital for them? Asking the real questions here, people. 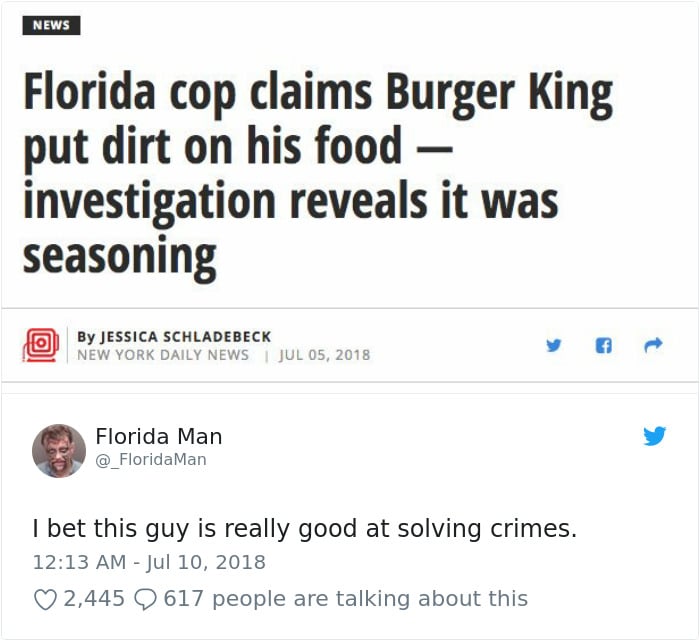 Let’s weep for the state of his non-existent spice cabinet. 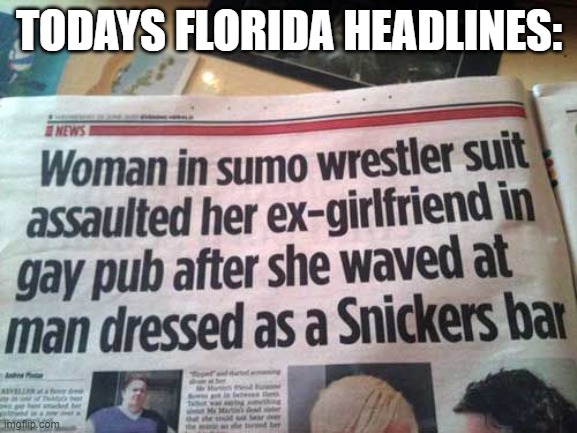 Florida headlines! You always feel like having an existential crisis after reading them!

We certainly feel like the aliens may be smarter than us at this point as well.