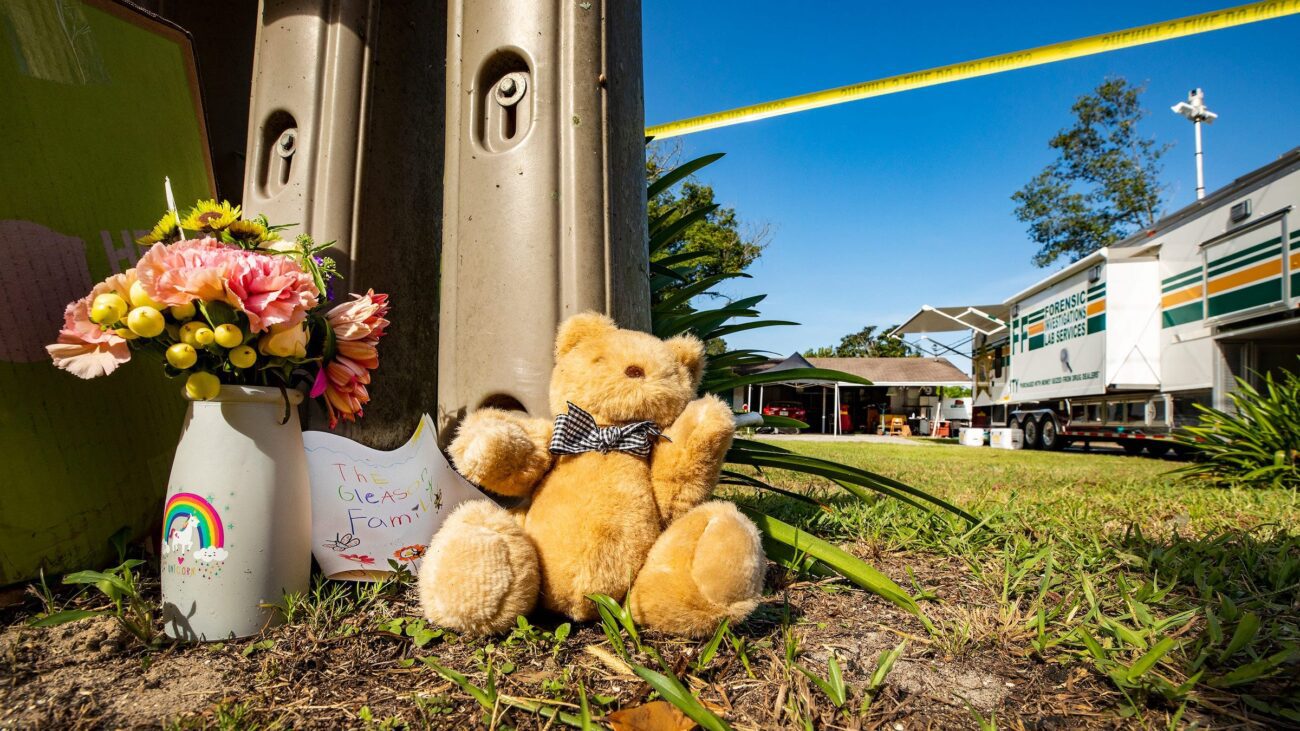 What caused this ex-Marine in Florida to commit such a dark crime? Additionally, how did an eleven-year-old girl become the lone survivor of his deadly rampage? On Sunday, former Marine Bryan Riley wore full body armor and killed four people, including a mother with her three-month-old son in her arms.

Now in custody with no bail, Bryan Riley told authorities, “You know why I did this.” Discover how authorities found Riley at the home of a family he had no connections with and how the young girl escaped such a horrifically dark crime. 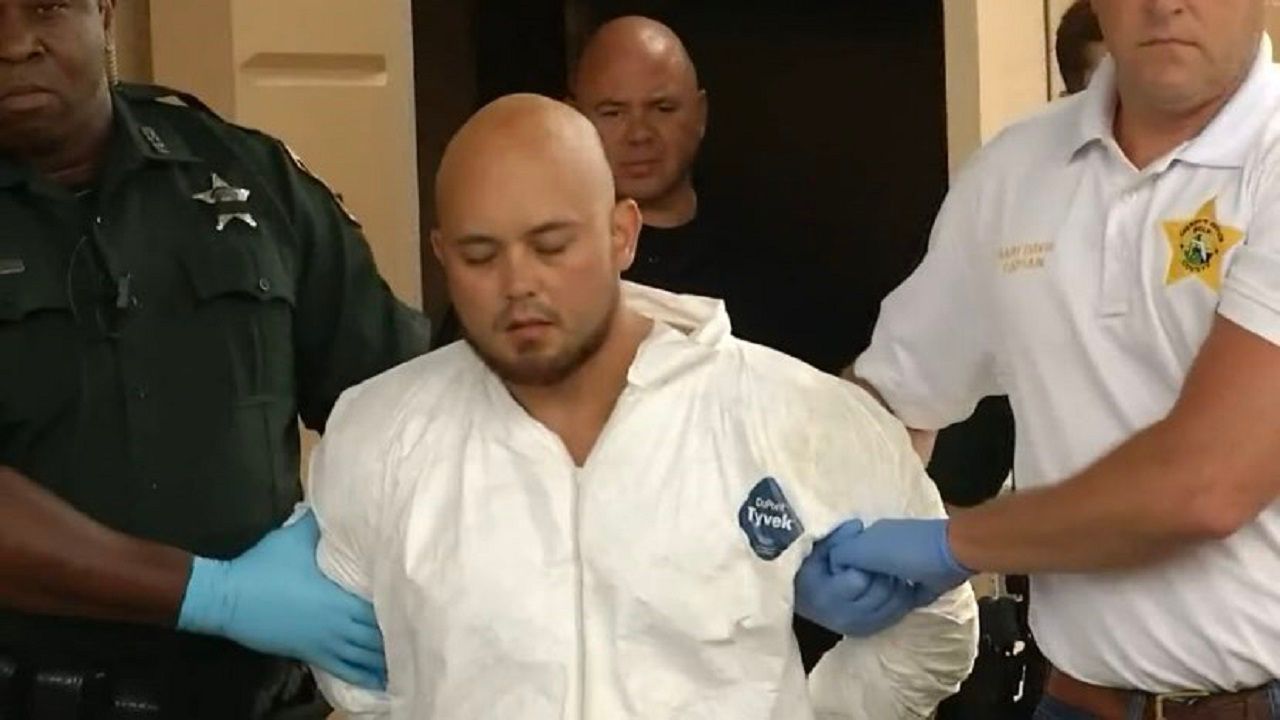 The unlikely massacre occurred nearly nine hours after detectives say the Gleason family had a strange confrontation with Bryan Riley. Investigators don’t believe Riley knew the family in particular or others in the neighborhood, but when Justice Gleason, forty-four, was mowing his lawn on Saturday evening, Riley pulled up in his truck.

Riley had told Gleason that God had sent him to stop someone named Amber from committing suicide. Gleason and another victim informed Riley that they didn’t know anyone by the name of Amber nor did she reside there. Reasonably, they asked Riley to leave before they called 911. However, when the police arrived, Riley had already left. 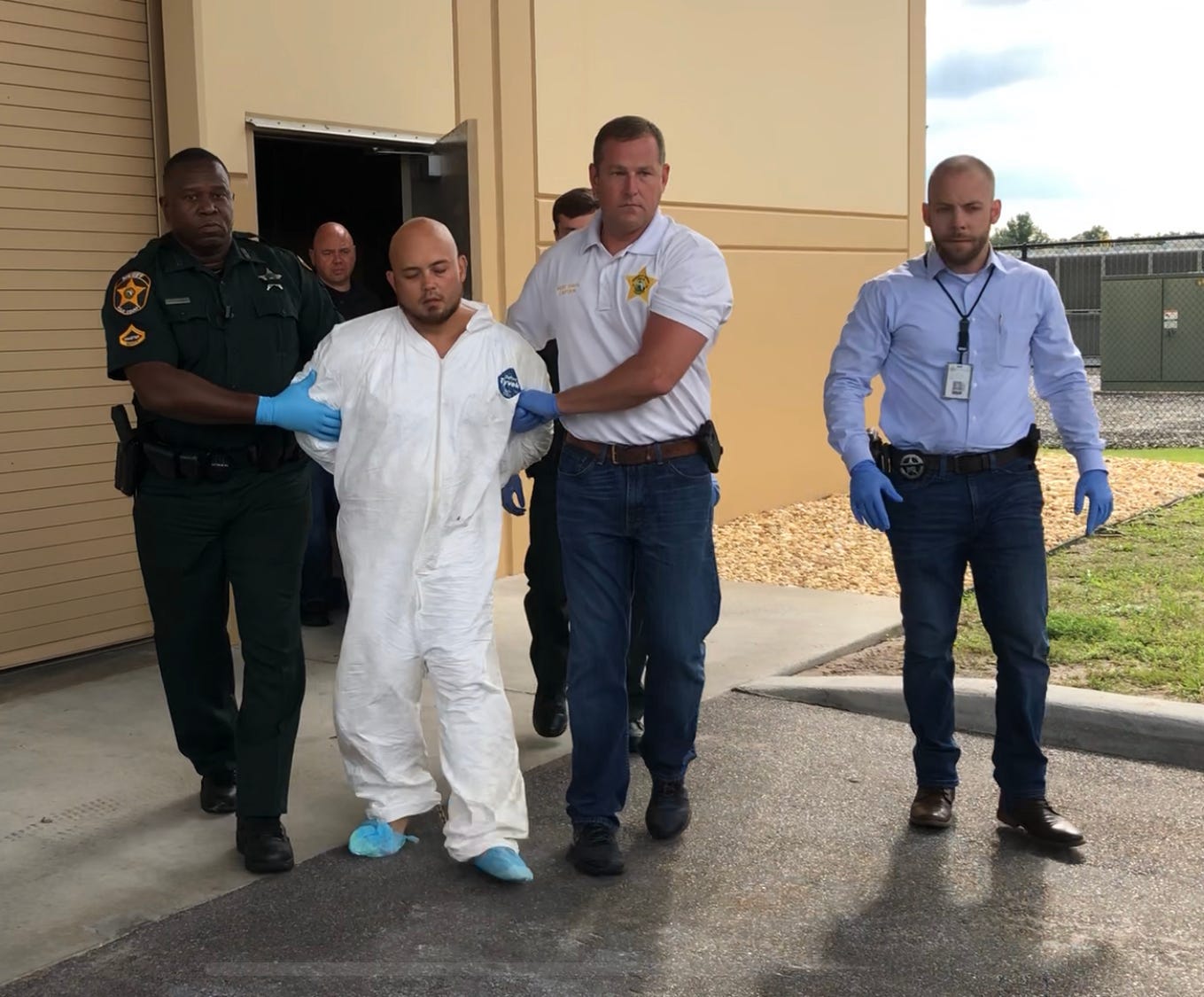 Tragically, Riley returned at around 4:30 am and strangely arranged glowsticks into a path leading to Gleason’s home. Authorities have reported that this may have been an attempt to draw officers “into an ambush.”

A neighbor’s security camera recorded the harsh gunfire which was reported to be at least four short volleys of about six to ten shots each. A deputy in the neighborhood heard the gunfire and called state & local law enforcement officers to the scene. When they arrived, they discovered an apparently unarmed Riley outside, dressed in camouflage, and his truck aflame. 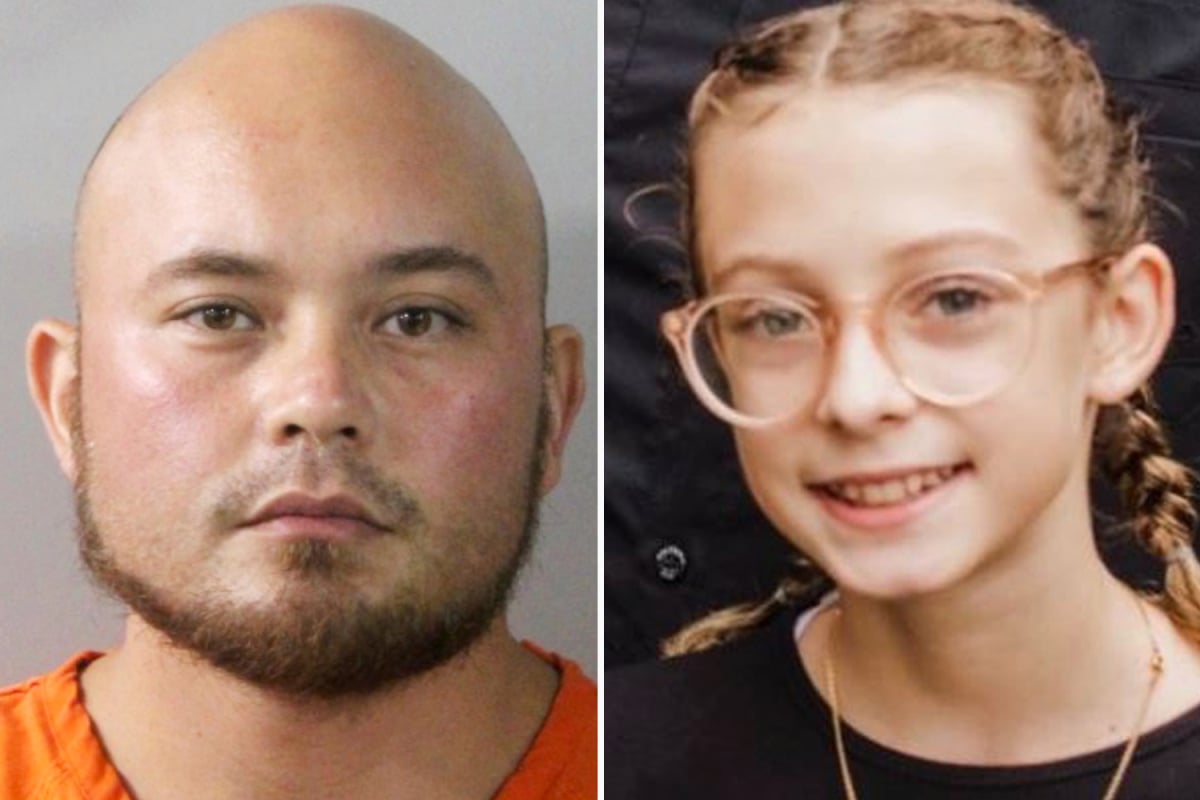 When officers attempted to enter the home, the front door was barricaded. Judd informed that when they went to the back of the house, they witnessed Riley wearing full body armor.

What followed was an exchange of heavy gunfire between Riley and the police. Judd shared that there were dozens “if not hundreds of rounds” fired before Riley retreated back inside the home. 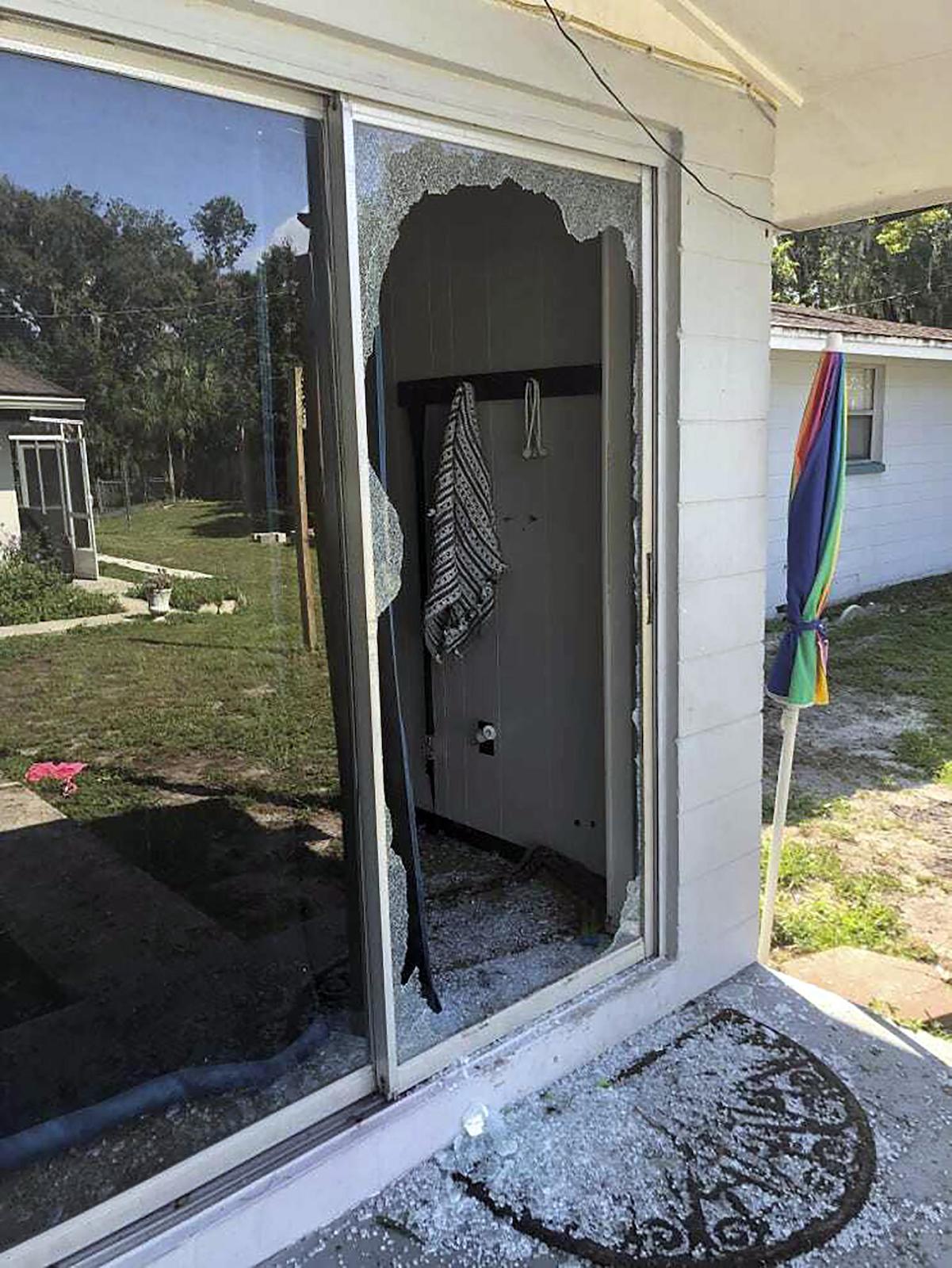 Silence fell before a helicopter notified that Riley was attempting to escape. He was shot once before surrendering to authorities. Officers then heard cries for help before they discovered the wounded eleven-year-old girl. Inside, officers also found three dead victims, one a mother with her infant son in her arms.

“I will never be able to unsee that mother with that deceased infant in her arms,” Judd said. “It is a horror of the utmost magnitude.” 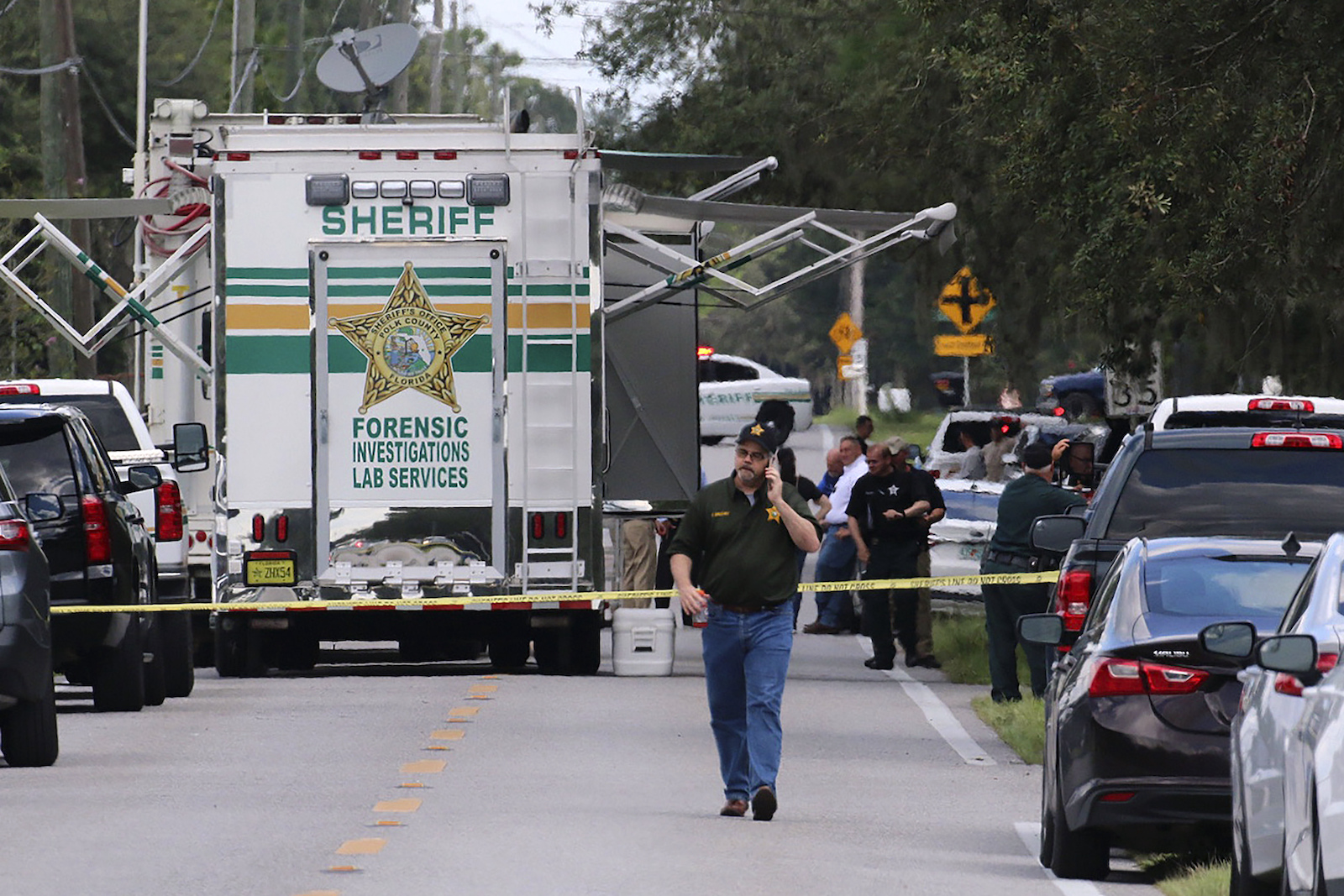 Detectives have reported that Riley confessed, telling them he was high on methamphetamine. He also told them they know why he did it. Yet, no one is certain what he means by this statement as he is clearly unstable.

Riley’s girlfriend told investigators he was never violent but had become increasingly strange. She said he alleged to be on a mission from God, stockpiling supplies for Hurricane Ida victims including $1,000 worth of cigars. Riley worked as a private security guard and had no criminal history, according to the sheriff. 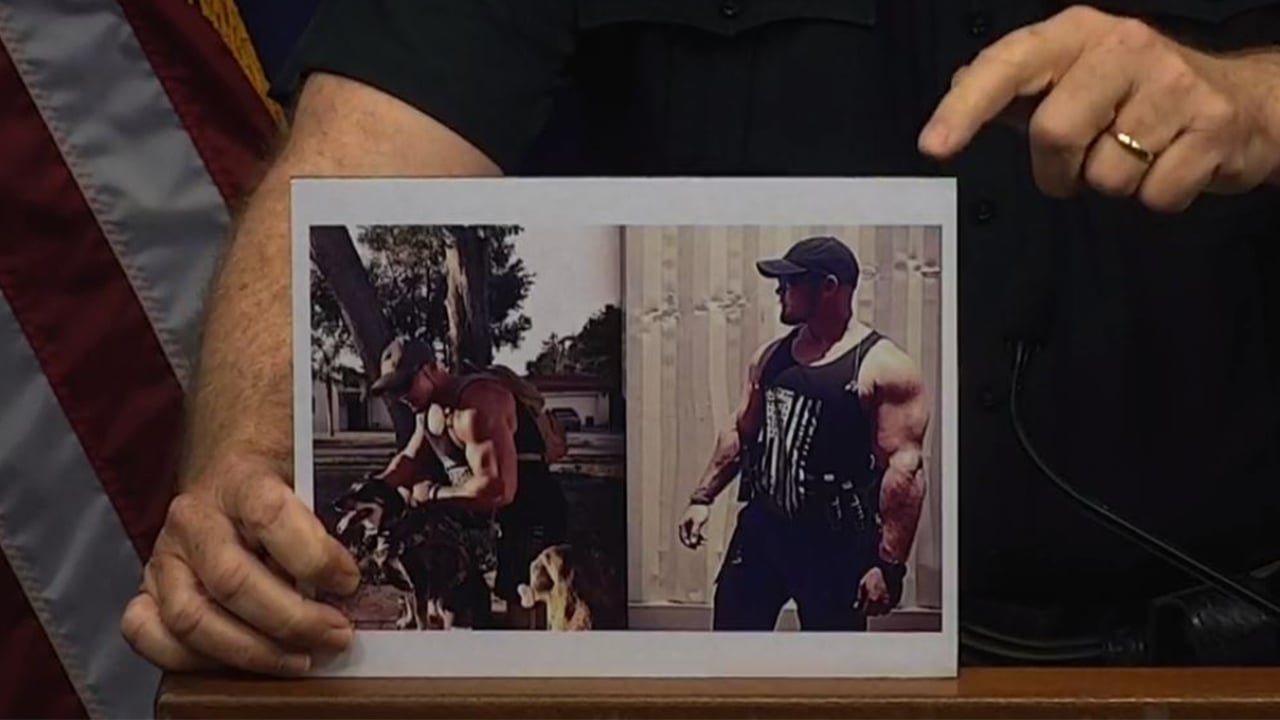 Riley, thirty-three, is being held without bond on four counts of first-degree murder for the murder of Justice Gleason, his girlfriend Theresa Lanham, their infant son Jody, and Lanham’s mother, Catherine Delgado. He is also accused of killing the family’s dog.

According to Judd, the young survivor told detectives “I believe I’m alive now [because] I played dead and I prayed.” A family statement shared that she has undergone four surgeries to repair ten wounds but is alert, reading, writing, and generally in good spirits.

“She was very scared when this happened, but she just prayed during the event and knew it would be OK,” they said in the statement. “We appreciate all the well wishes, kind words and prayers.”

Why do you think Bryan Riley committed this random dark crime? What other dark crimes still confuse you to this day? Let us know in the comments below.