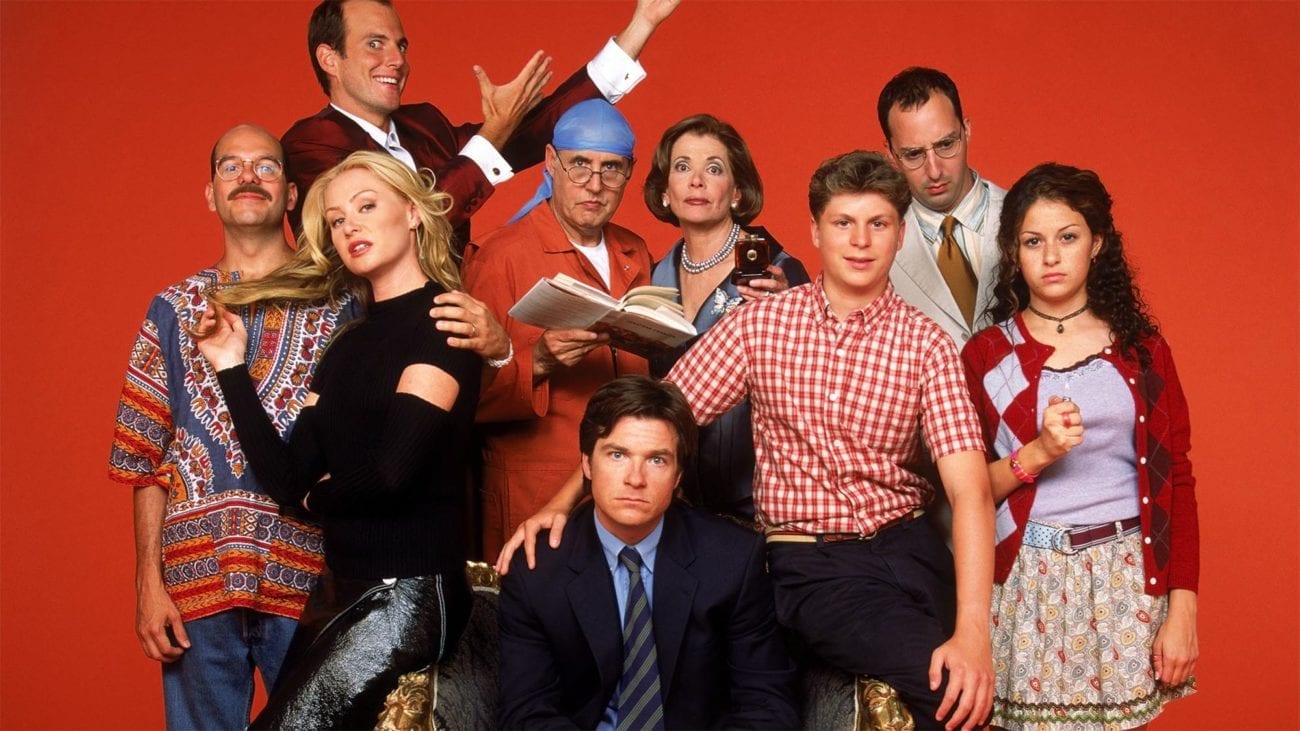 This week, we learned Arrested Development creator Mitch Hurwitz is following through on his 2014 promise to remix season four of the cult comedy classic, as he’s finally releasing the updated version (recut from 15 episodes to 22 shorter ones for a more “interwoven” narrative) on Netflix. Arrested Development Season 4 Remix: Fateful Consequences will be hitting the streaming site in just one day (May 4) and if that weren’t exciting enough, he also announced the long-awaited fifth season will have a release date “real soon”. To get you prepped for more banana stand, blue man action, here are ten of the best running gags from Arrested Development, ranked.

One of the notably weird characteristics of the Bluth family members (of which there are many) is that they like to wink dramatically to emphasize points they’re making. This doesn’t work out too well for Lucille (Jessica Walter), whose regular attempts to make the eye gesture are anything but subtle, much to the discomfort of the rest of the family.

The Bluths spend a fair bit of time at the hospital and somehow always end up with the same doctor who has a very distinct quirk – he describes every patient’s condition way too literally, leading to a number of hilarious misunderstandings.

We learn in season one that George Sr. (Jeffrey Tambor) utilized J. Walter Weatherman – the one-armed man and former Bluth company employee – as a parenting tool / scare tactic when his kids were growing up, shown in a peculiar flashback that explains why the Bluth kids are obsessive about leaving notes. The Weatherman tradition is carried on to the next generation, with the same old formula: “And that’s why you (fill in with lesson).”

Carl Weathers appears as a parody of himself in Arrested Development and the moment he’s on screen, he’s portrayed as a penny-pinching, tightass. Grabbing free food at any moment he can and taking Tobias’s (David Cross) money while doing basically nothing for his career, throughout the show, Carl proves he will do anything to make a fast buck.

One of the greatest recurring jokes throughout Arrested Development is the shady businessman George Sr.’s words of advice, the most unforgettable being, “There’s always money in the banana stand.” Little did Michael (Jason Bateman) know he meant literally!

Tobias is a never nude

Tobias – the husband of the only Bluth daughter, Lindsay (Portia de Rossi) – offers many of the show’s lol moments, one of the best continuing gags being that due to a rare psychological affliction, he is unable to be completely naked. Ever. In other words, “He’s a never nude.” It’s a thing, folks, trust us!

George Michael’s first girlfriend Ann Veal is not exactly the Bluths’ favorite, with Michael consistently struggling to understand what he sees in her (and struggling to remember he’s even met her in the first place). Often forgetting her name, Ann is instead referred to as “egg”, “bland”, and “her”.

“I just blue myself”

The never-nude, sayer of countless Freudian slips Tobias turned out to be the most quotable characters of Arrested Development, throwing out some of the show’s best lines. Including: “I was a professional twice over: an analyst and a therapist. The world’s first Analrapist”; “I’m afraid I’ve prematurely shot my wad on what was supposed to be a dry run”; and who can forget the time he ended up at a support group for depressed dudes thinking it was a Blue Man Group performance? “I just blue myself.”

“I’ve made a huge mistake”

If there’s one thing the Bluths are good at, it’s fucking up. Hence one of the most spoken lines / best running gags is the G.O.B. (Will Arnett) special: “I’ve made a huge mistake”.

In the words of Michael: “Has anyone in this family ever even seen a chicken?”