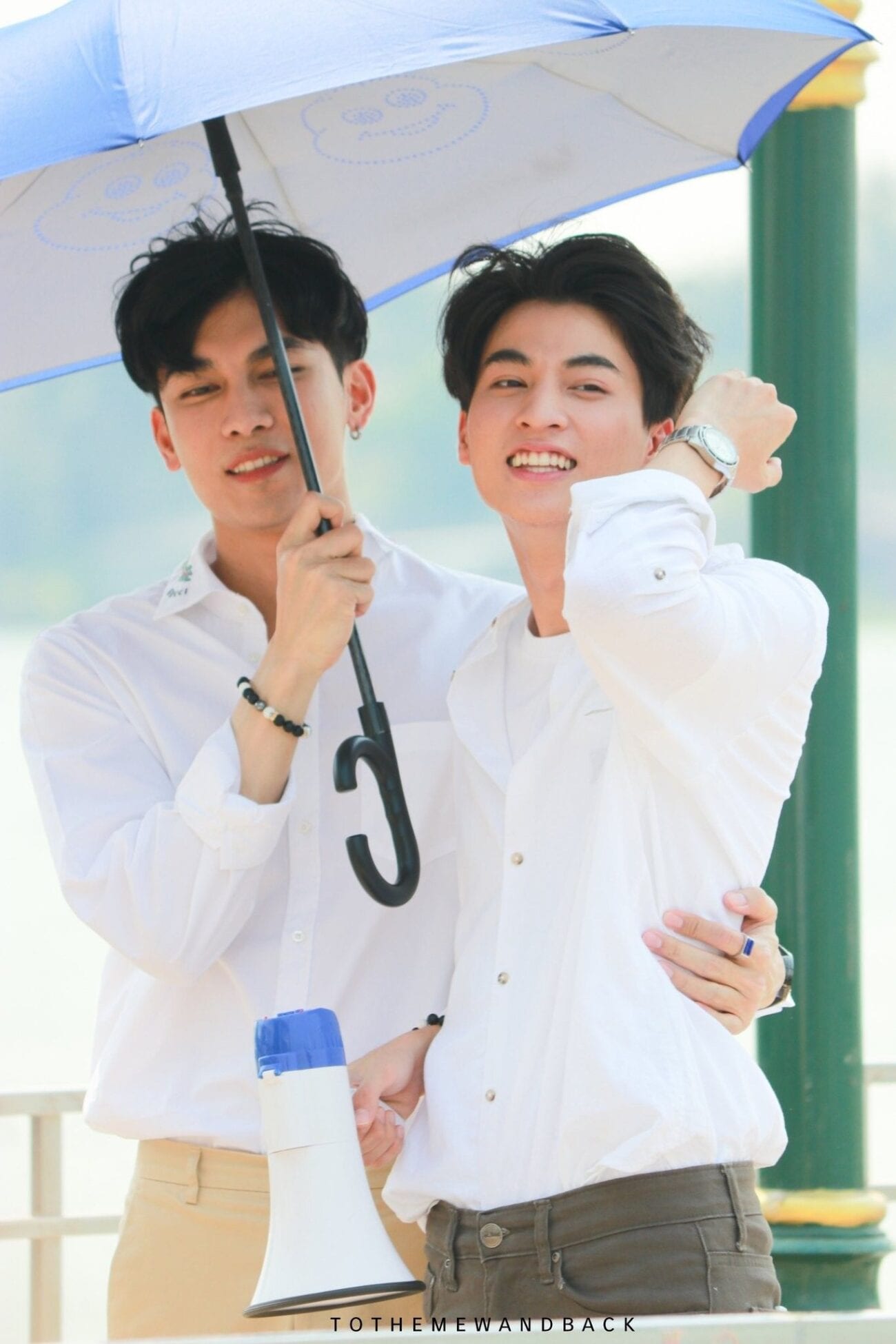 As the whole world went on lockdown, production of movies, television, and other types of media was deeply impacted. Many halted production entirely, while others drastically changed how they reached audiences. TharnType 2: 7 Years of Love was scheduled to begin filming during April of 2020 but in the wake of COVID-19 the show was halted until recently.

The two leading stars of the show, Mew Suppasit (who plays Tharn) & Gulf Kanawut (who plays Type) already had a voracious internet presence before lockdowns were imposed. Whether for their own entertainment during all the boredom, or for ours, MewGulf used this time in quarantine to feed their Waanjai family well. 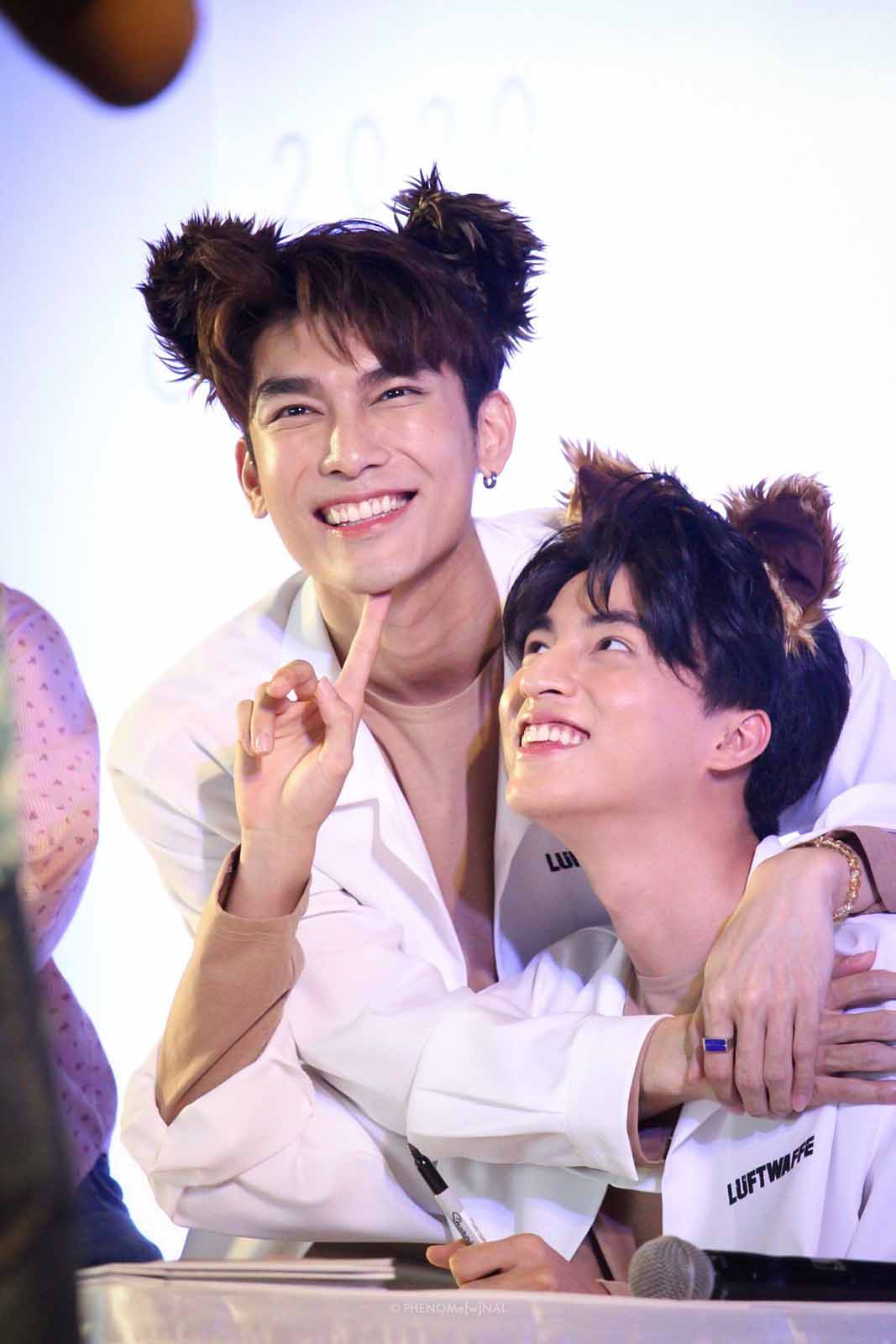 MewGulf spent the first half of 2020 on Instagram & Facebook dishing out live after live. Many of these events were sponsored (way to make money during lockdown, fellas) but some definitely were not. There are several incidences where the pair jumped on the internet and entertained the fandom with their cuteness just because.

Whatever the reason, we’re definitely here for it. Their online shenanigans, planned or otherwise, have been a welcomed presence in our lockdown days and we want to pay tribute and say thanks boys, for keeping the fandom sane! There have been so many online moments between the two that we couldn’t possibly cover them all. Come with us as we celebrate some of our fave MewGulf moments of 2020. 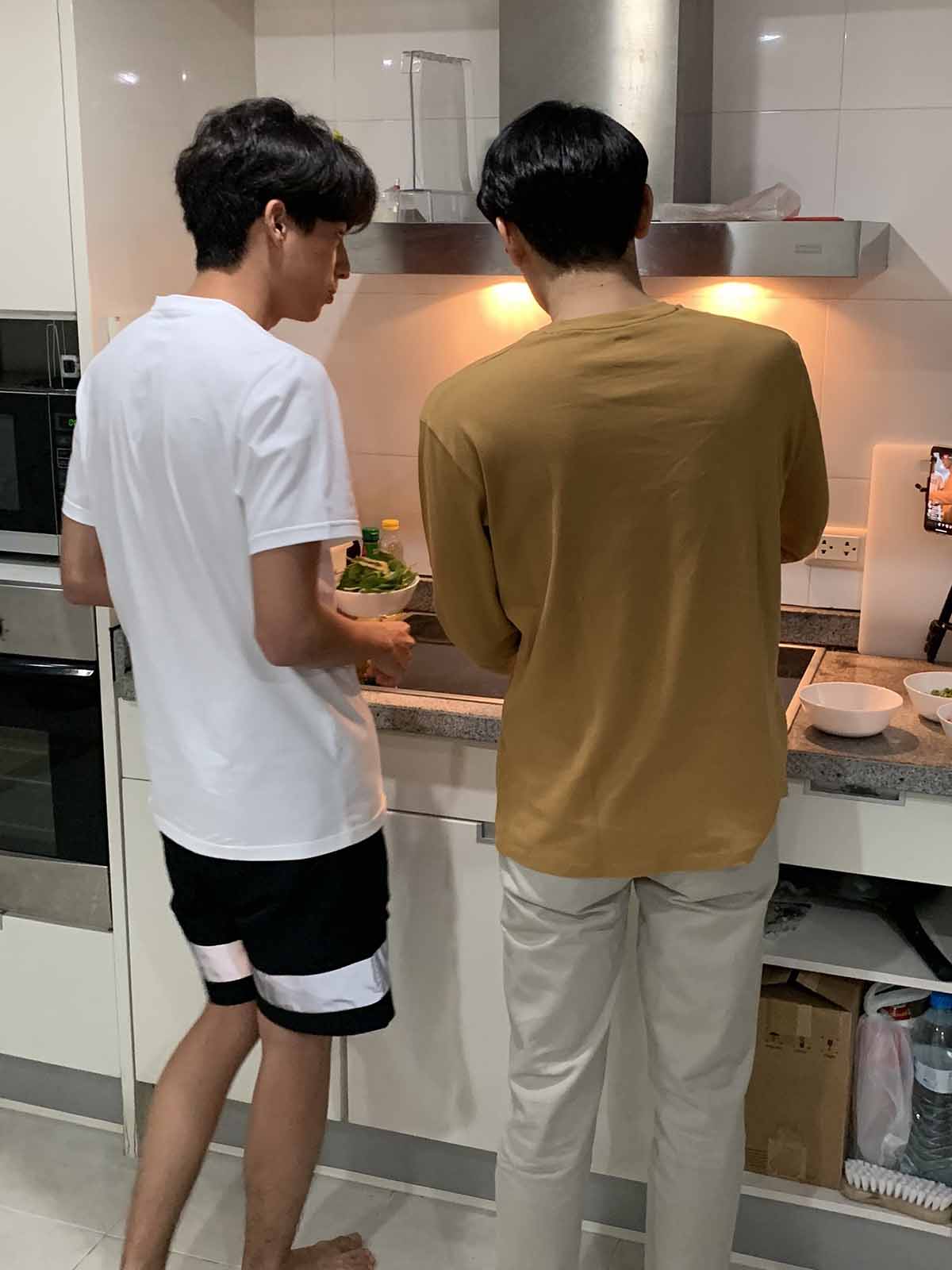 During this live stream, which took place in early April, MewGulf convened at Kanawut’s apartment in Bangkok to get together and cook a meal. Either quarantine is messing with our minds, or this is overly domestic behavior for two boys who shout to the world that they are just ‘brothers who love each other’.

Initially, the fandom thought they were alone, which as all good Waanjai know, is a very rare event. A fan screamed out on social media, speculating about whether they had spent the night together at Gulf’s apartment.

Why does this matter? Well, for some months now, MewGulf have done a remarkable job of blurring the lines between co-stars, friends, and much more. Their physical affection is next level, and the two of them won’t stop vomiting their praise & love for each other all over social media. 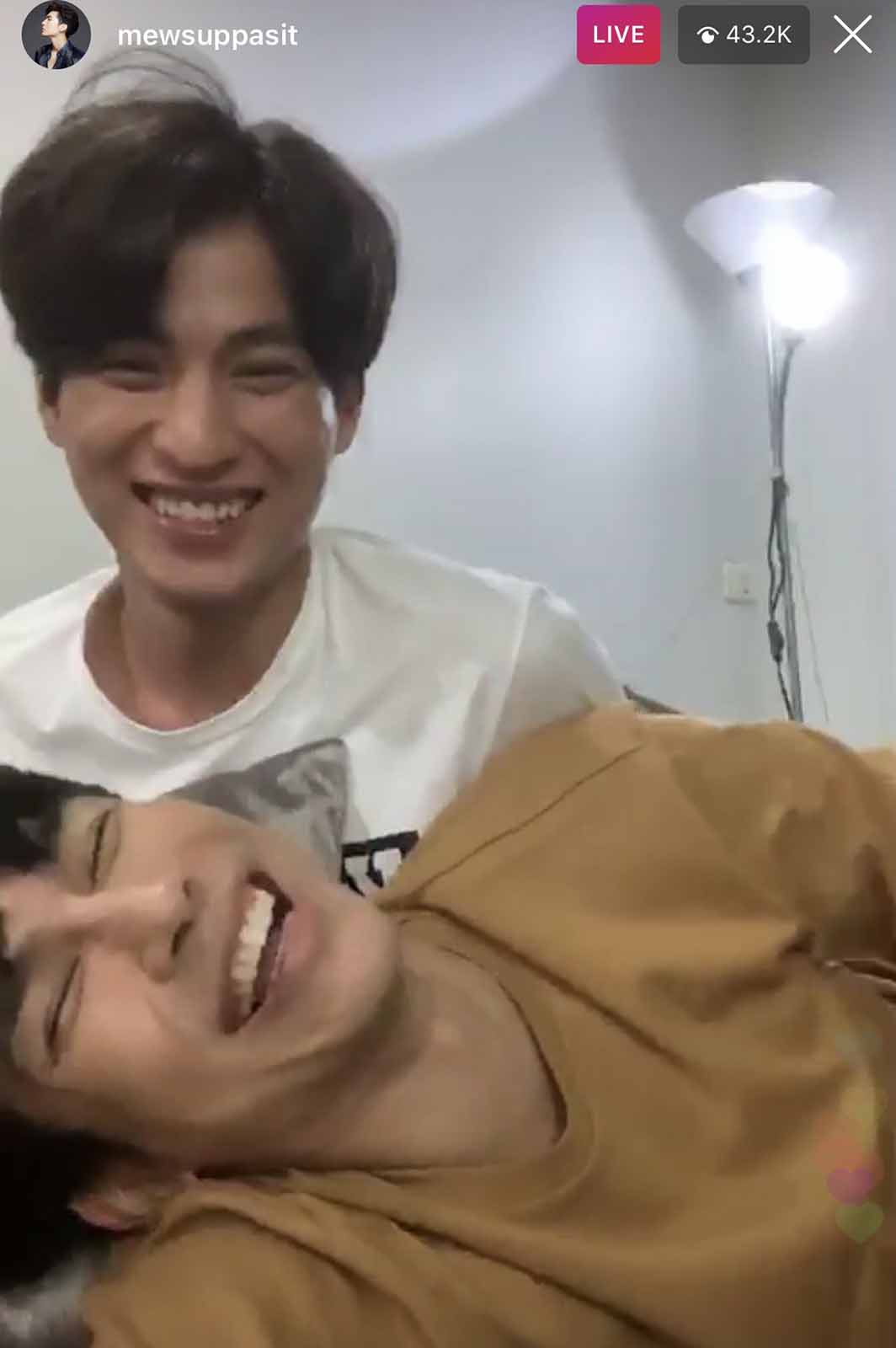 Fans are confused. Some speculate that their relationship is just heightened, never-before-seen fan service to keep interest invested in TharnType: The Series. Others, however, are calling clownery and suspect much more is going on. MewGulf are holding solid on the brotherly love rhetoric they’ve been throwing around since last year.

There have been many moments throughout the MewGulf saga where fans have paused to question the nature of their relationship, however when Mew Suppasit & Gulf Kanawut began this particular live and it appeared they were alone, the fandom lost their mind.

At the beginning of the livestream, Kanawut has his cranky pants on. He seems annoyed & snippy in ways the fans have never seen before. Then, as the boys begin cooking Kanawut’s favorite dish together – stir-fry crispy pork with basil – both Kanawut & Suppasit’s managers appear in the frame. Clearly, they’re not alone. Sigh. 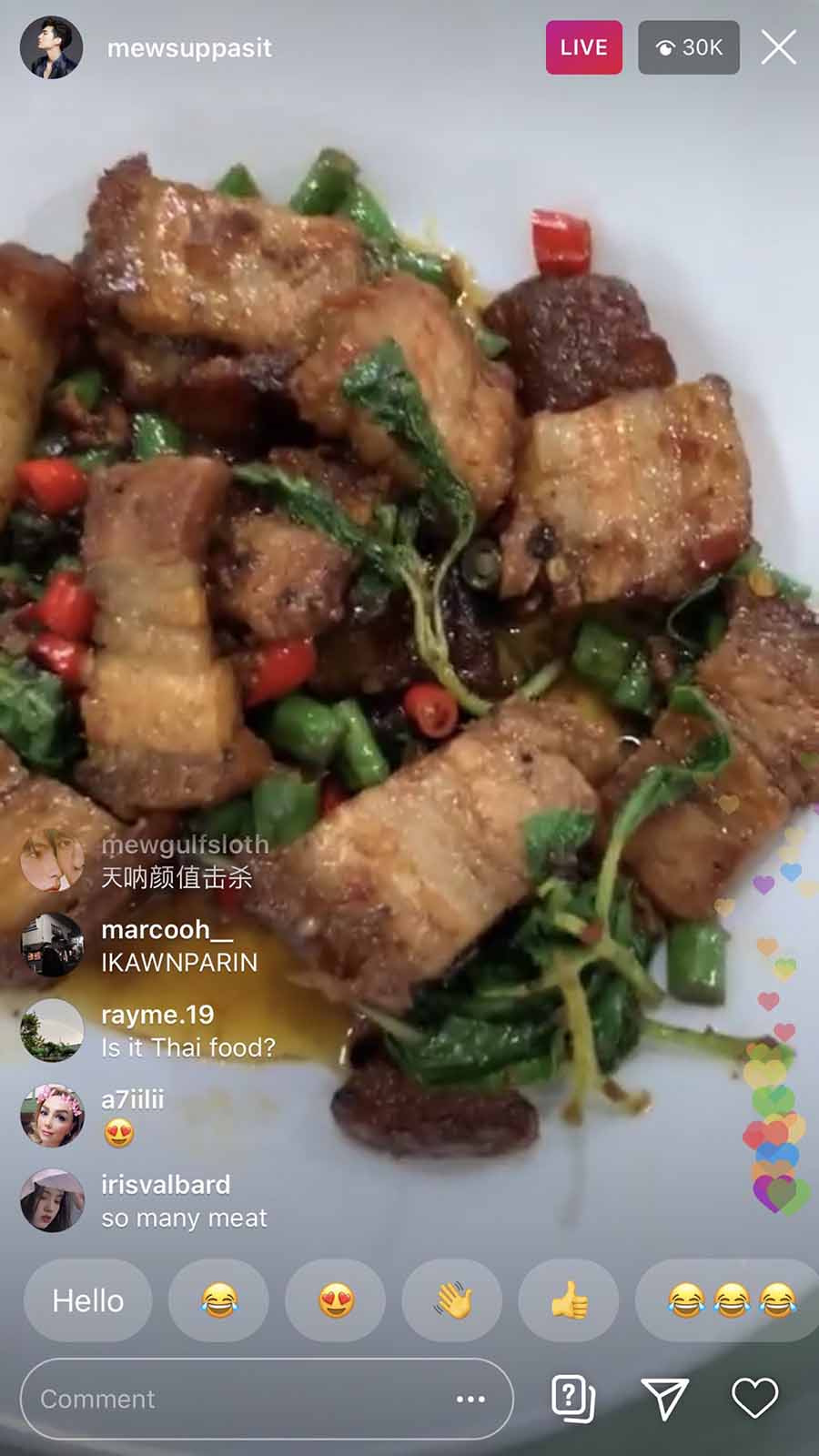 MewGulf gets the meal cooked, then sits down with the managers to eat. Kanawut remains agitated throughout the meal. He does settle in a little as the live goes on, however, becoming more passive.

What we love about this moment though, is just how themselves they are. The act of cooking together, eating together & just being together during their downtime from work, was too cute not too love. We shamelessly watched both parts, each about 30 minutes long, and swooned the whole time.

This was a sponsored collaboration with KFC where MewGulf were quite literally paid to eat KFC on Instagram in front of the fandom. Kanwawut shows up to Suppasits’ house, radiating & smiling like a kid on Christmas morning. The banter between himself and Suppasit begins instantly.

At the beginning of the live, MewGulf are cooking stir-fried crispy basil pork again. Instead of using crispy fried pork, they made themselves, they’re using chicken pops from KFC. Kanawut is all smiles during this livestream as the two cook and flirt like the whole world isn’t watching.

The first half of the live mostly just covers them preparing food & promoting the heck out of KFC while flirting with each other. The second half is mostly just them eating, but it does include some dancing & even more flirting. Compared to their other lives, this one is pretty lowkey. However, we love their happy energy & we love that they are spending time together in Suppasit’s home.

By the time this one rolled around, we had many questions. Even though everyone was supposed to be quarantined at this time, this live has Gulf Kanawut at Mew Suppasit’s family home again. Furthermore, the two boys are joined by Mew’s sister, who apparently does not live at the residence. Quarantine? MewGulf clearly doesn’t know her.

MewGulf are baking cookies. The first twenty minutes of this live show consists of Mew’s sister directing a pair of seemingly clueless boys as they prepare the cookie dough. It’s all so disgustingly cute. There’s not much we love more than watching MewGulf flutter about in domesticity. 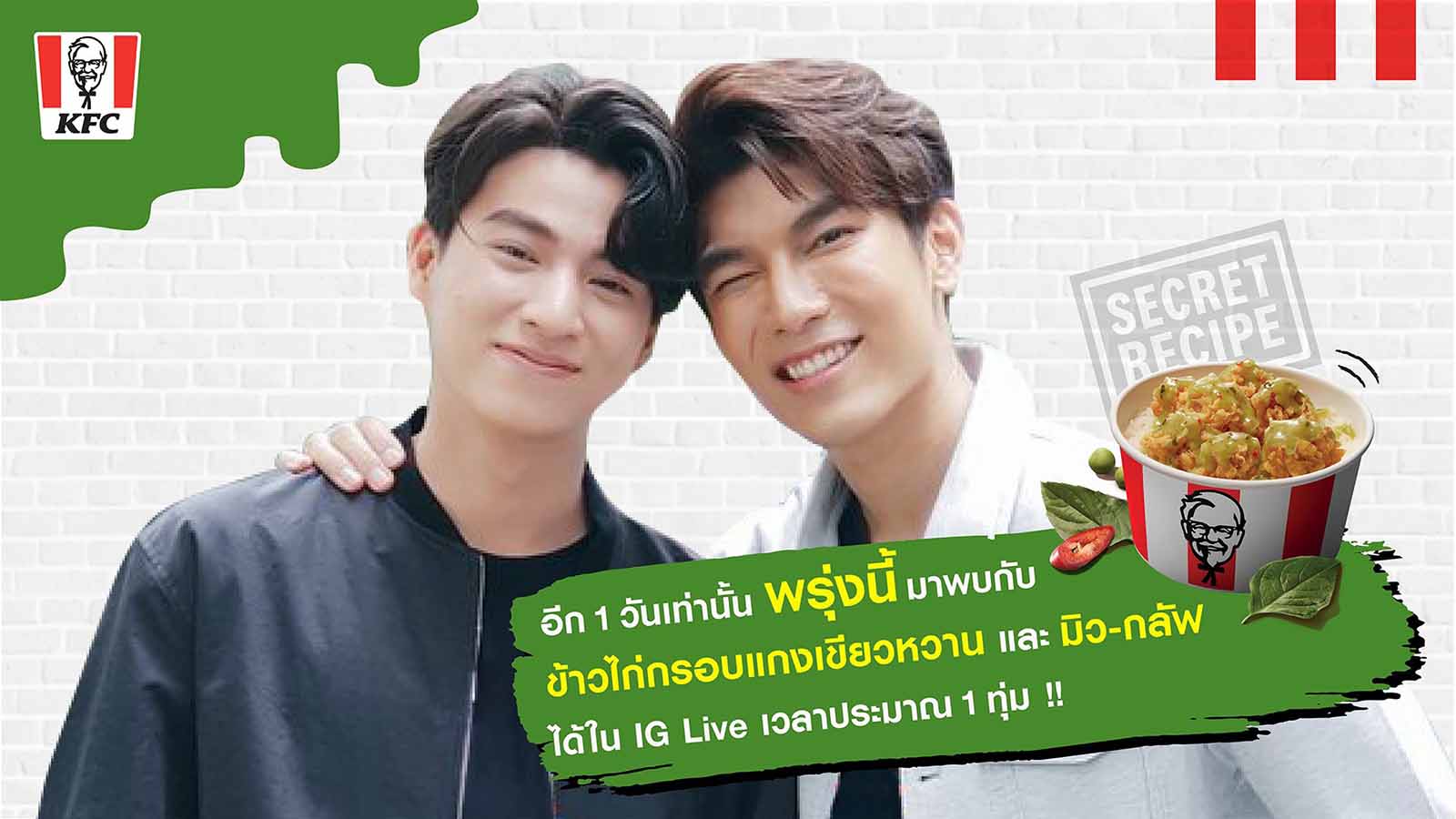 Although this was allegedly Gulf Kanawut’s first time meeting Mew Suppasit’s sister, Waanjai skepticism around this issue runs high. Note how comfortable and familiar the two seem with each other already. Was this really the first time they met each other, or are Waanjai detectives onto something? Is Gulf Kanawut more familiar with Mew Suppasit’s family than everyone is letting on?

Kanawut certainly appears to be very much at home at Mew’s family home. After baking, the pair settle on the sofa and play video games, as well as chat with fans who join the live stream. The remainder of the live consists of MewGulf eating together and hanging out as the rest of the world sits at home in their own living rooms watching on. This is what quarantine has reduced us to!

MewGulf’s first date on the beach

For a couple of dudes who claim to be just ‘bros who love each other a lot’ they sure do engage in a lot of things that make us speculate about what the heck is actually going on. Like this one, for example. As quarantines were relaxed in Thailand, MewGulf went on an actual date on television at the beach. Just a couple of bros who love each other? More like masters of clownery. 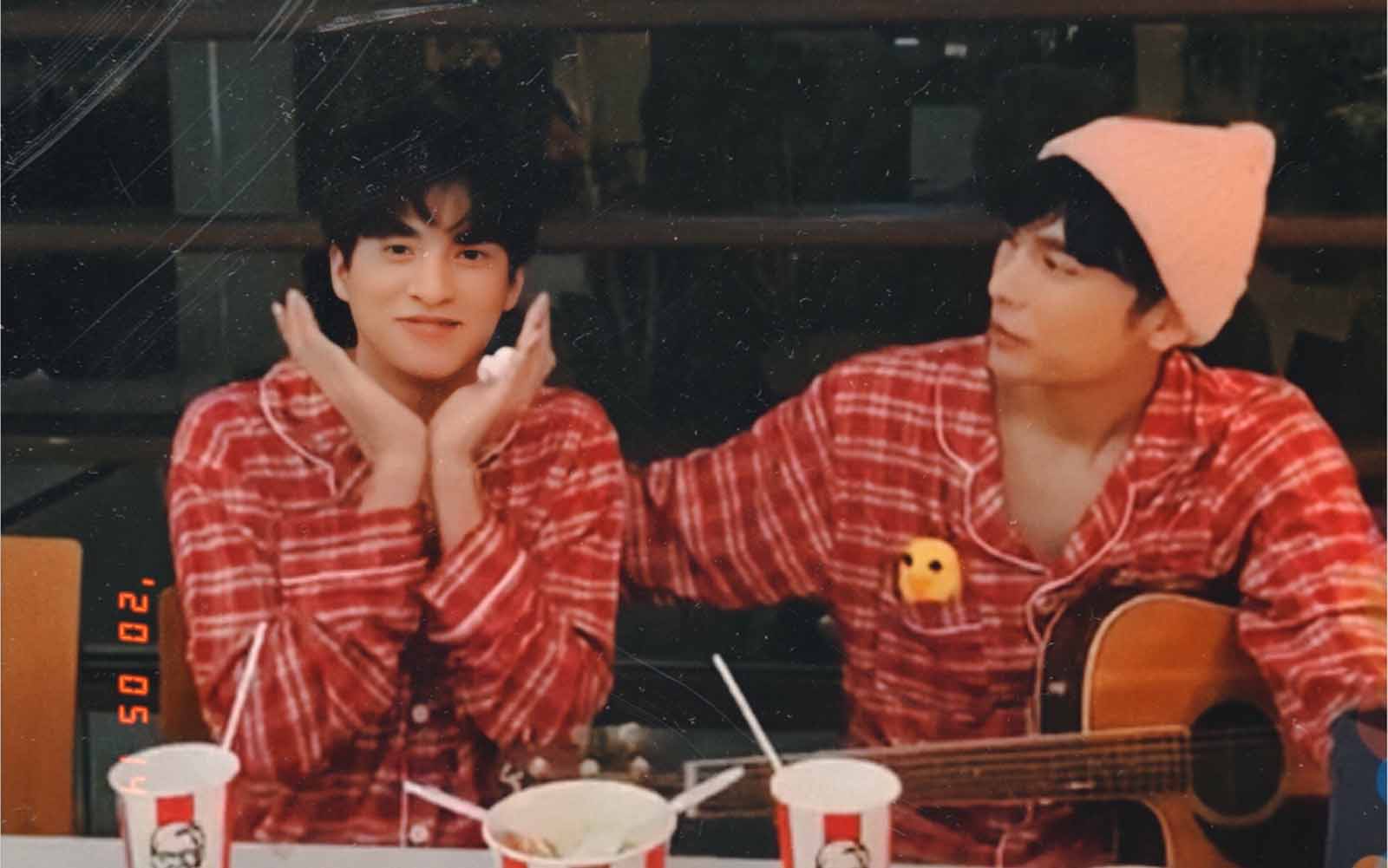 MewGulf are joined by a host for this live stream, so they are not entirely alone. Despite this, they have their hands all over each other as Kanawut practically sits in Mew Suppasit’s lap. They pose for a bunch of romantic photos and come so close to actually kissing on camera, because you know, this is exactly how bros behave.

The level of romance in this live stream will have your heartbeat redlining. It’s worth pointing out that this ‘date’ was clearly orchestrated for the camera. However, with the way MewGulf have blurred the lines between reality and fantasy when it comes to the nature of their relationship, this one will really leave you scratching your head. 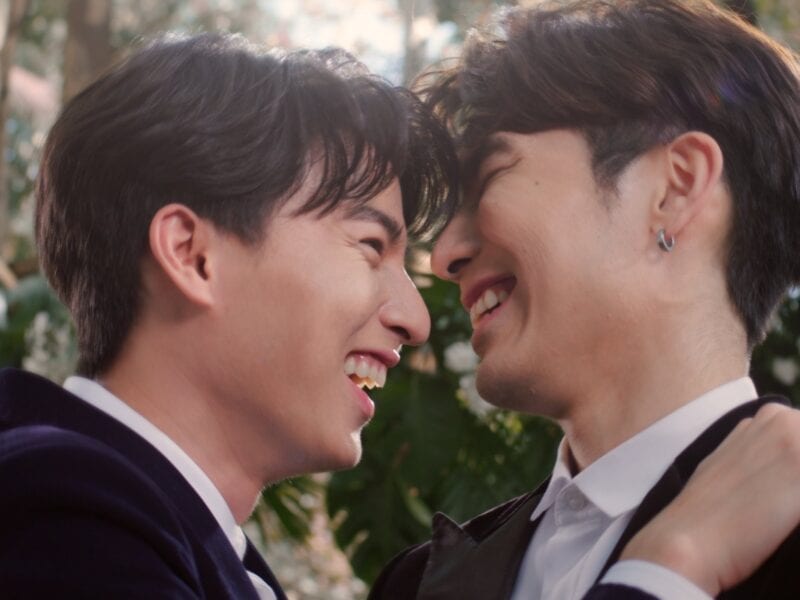 Unpacking ‘TharnType’: All the things you might have missed 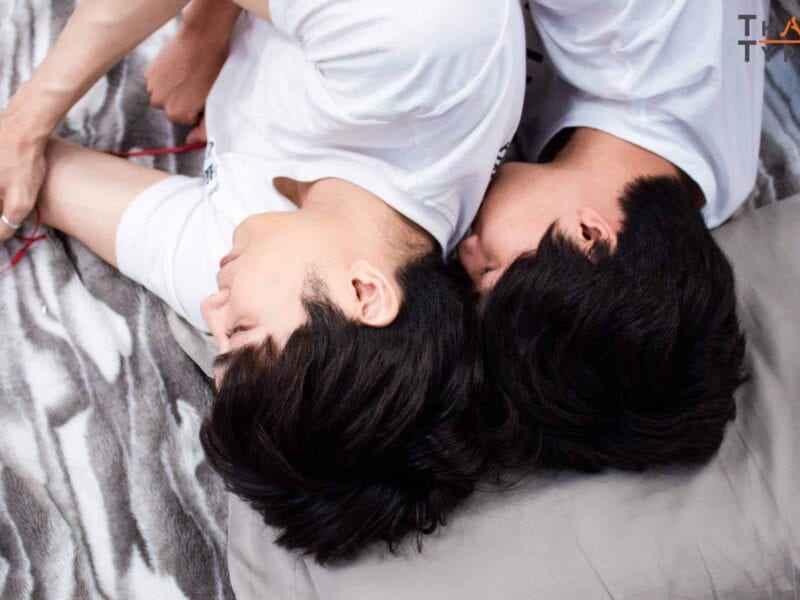 Meet the new cast members of ‘TharnType 2: 7 Years of Love’