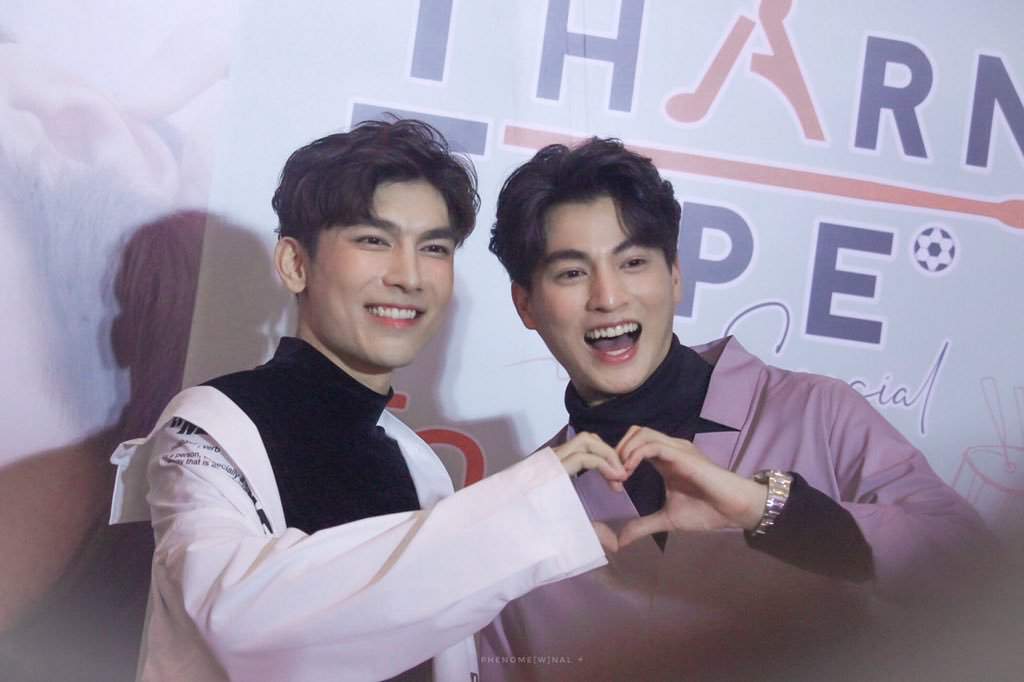 TharnType: The Series was a wildly popular boy love drama, which is set to get a second season. However, being stuck between seasons is never easy for any show. All the questions about what will happen next are swirling in your mind, and you just want to see your favorite characters happy and interacting with one another.

Sadly, the only option is to wait, but in the meantime, MewGulf, the name which refers to the two actors who star in TharnType, are absolutely adorable together – in fact, many people believe they’re secretly dating. So, while it may not technically be new Tharn and Type content, we can at least appreciate some of the heartwarming moments Mew and Gulf share together.

Here are some of our favorite off-set MewGulf moments – and these are just the ones on Gulf’s Instagram page! 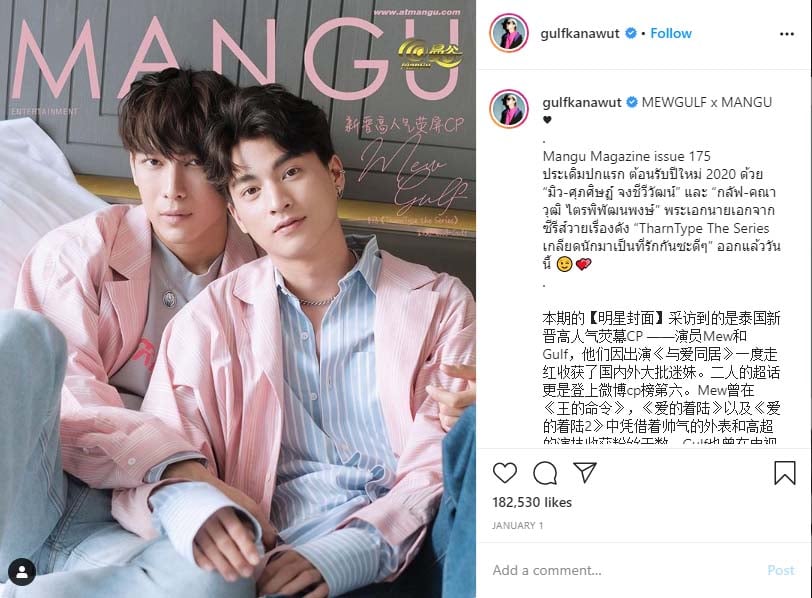 MewGulf were on the cover of Mangu magazine while looking pretty in pink, but they also look pretty cozied up with one another.

While this may not be the cutest picture of these two, we just cannot get over their matching outfits. It just shows how in sync they are – most official couples wouldn’t even be willing to wear identical outfits. 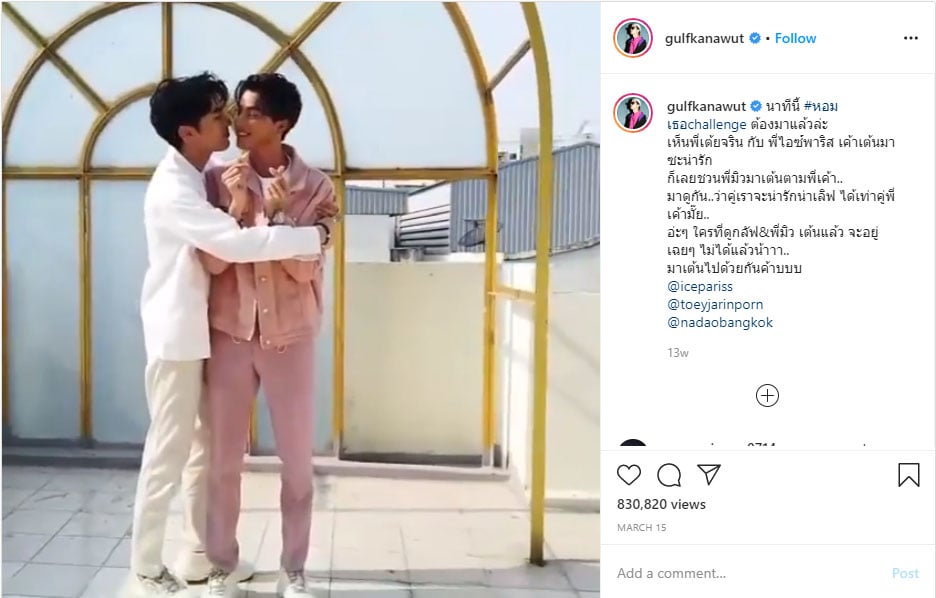 In a delightful turn of events Gulf posted a video to Instagram featuring MewGulf dancing together, which was already as sweet as could be, but then toward the end of the video we’re given this precious close up moment where the two look about ready to kiss. 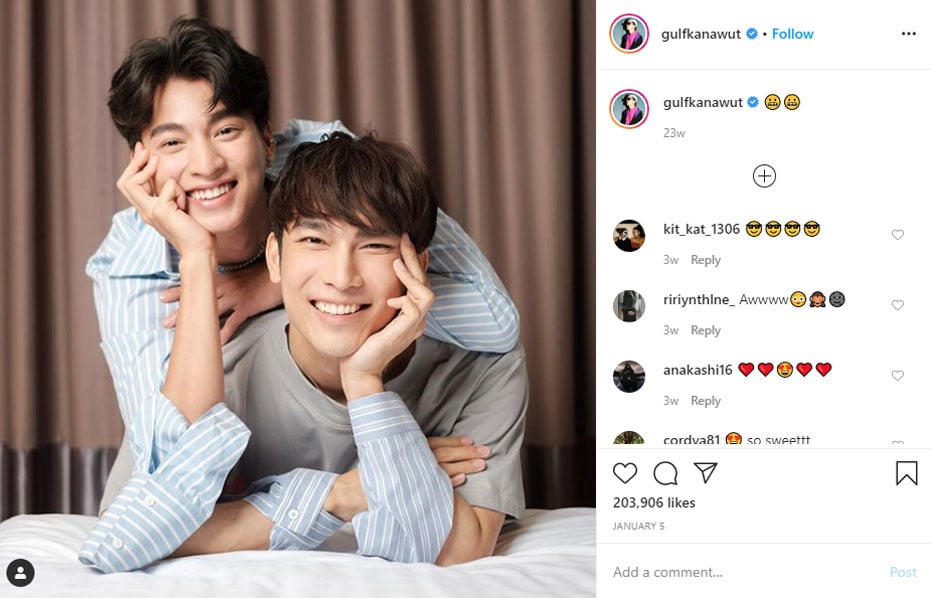 This picture looks as if it was taken on a hotel bed, which surely sent fans into a tizzy no matter how posed this photo is. The two are so entwined in each other’s space it’s honestly hard to tell whose arms are where. 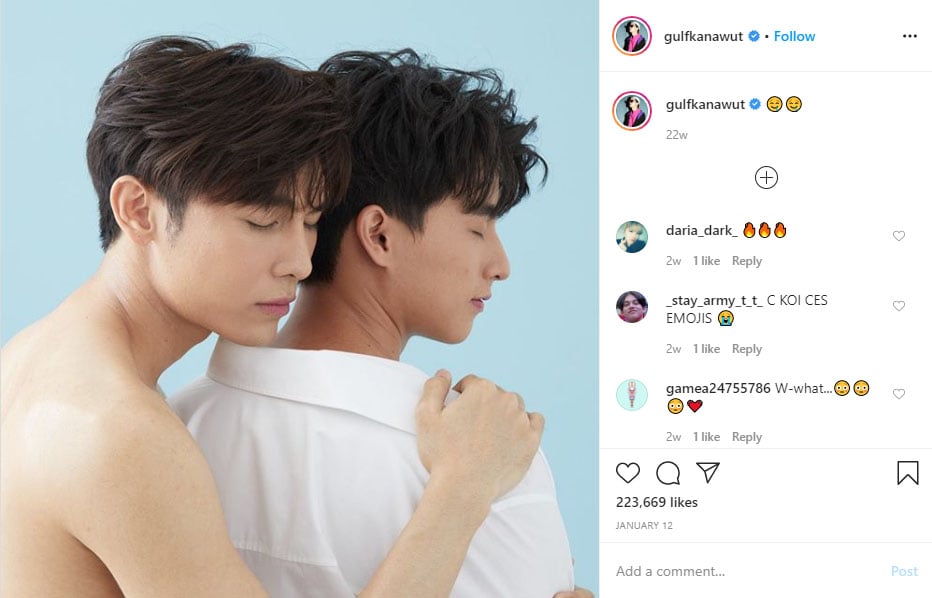 Hot as can be

This photo is about as steamy as it gets without breaking Instagram terms of service. MewGulf are looking like a couple who just woke up after an evening of promiscuous activities here. This picture left most fans so speechless the comments on this image are mostly just the fire emoji. 🔥🔥🔥 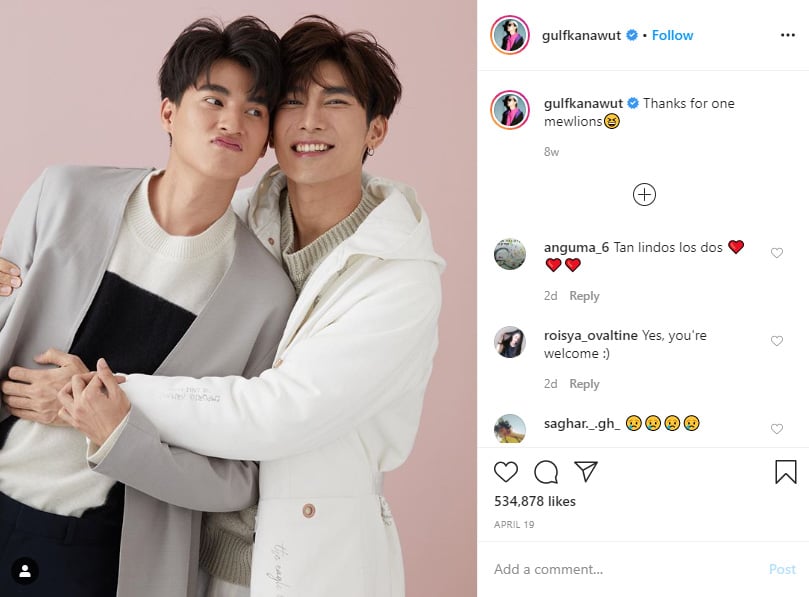 Again, this photo is obviously for a photoshoot of some kind, but these casual cuddles are just too sweet to ignore. They clearly choose to pose together in positions like this in their various photo ops, and it warms our heart to see the actors so comfortable and seemingly happy around one another. 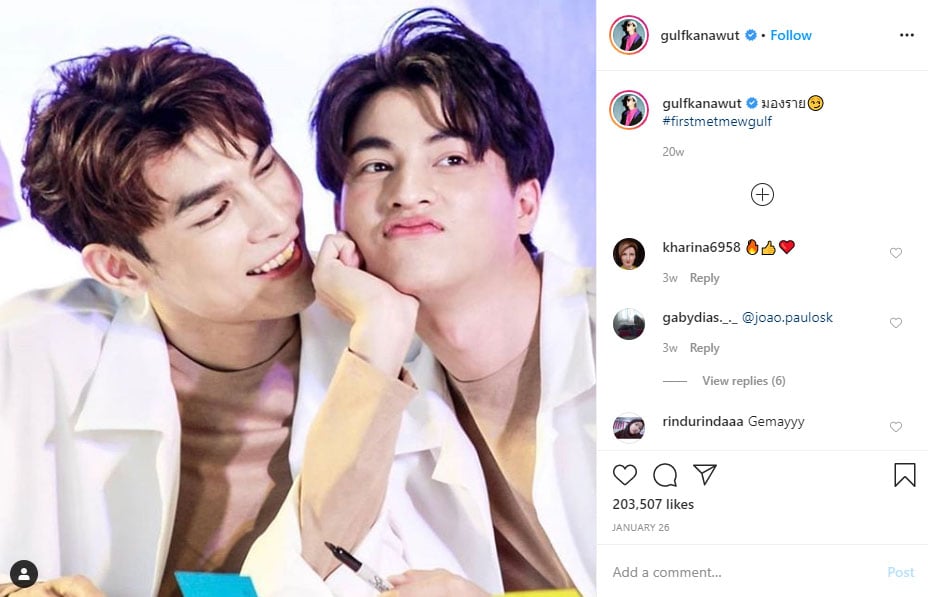 Most of the MewGulf images on Gulf’s Instagram page are fairly posed and planned out, however this picture is a lot more candid. It appears to be at a signing or panel of some kind. This moment just showcases how connected the two are – sharing personal space and being silly together.