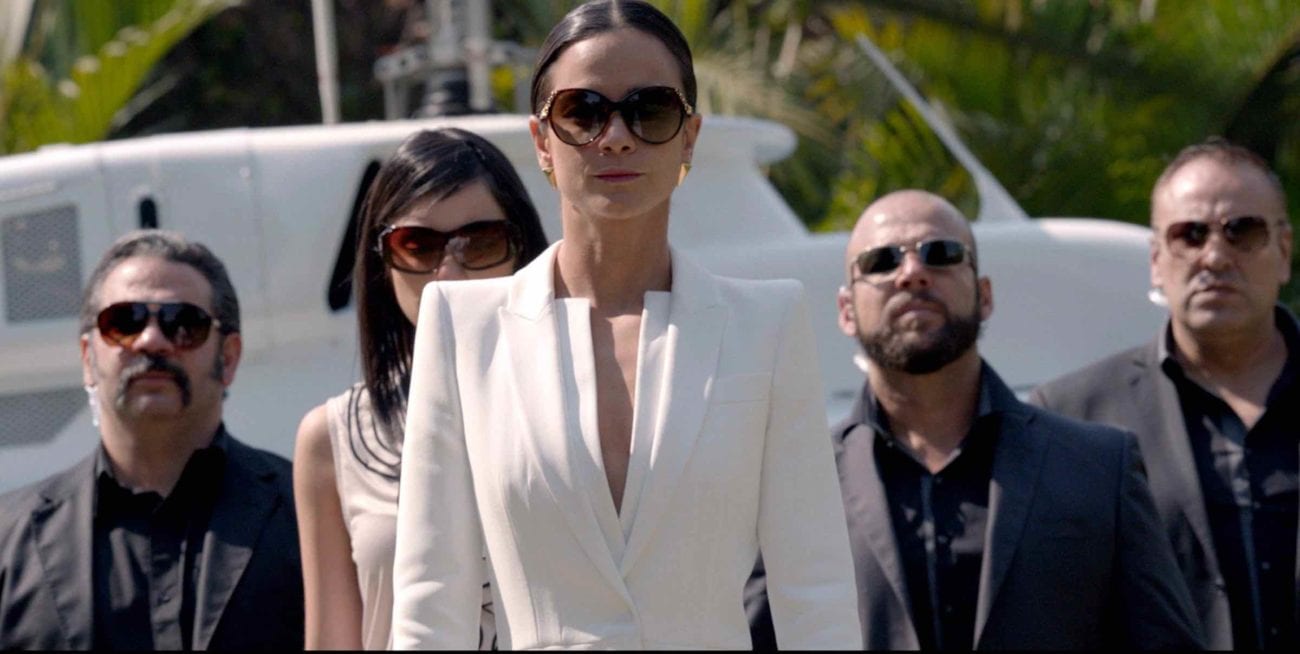 ‘Queen of the South’: Teresa Mendoza from drug mule to queenpin

Sun’s out, guns out – USA Network’s high-octane Queen of the South is wrapping up its fourth season and we couldn’t be sadder. Loosely based on a true story, the show was adapted from Arturo Pérez-Reverte’s best-selling novel of the same name and stars Alice Braga as Teresa Mendoza – a woman forced to run from a Mexican cartel and seek refuge in America.

We’ve been through a lot with Teresa since the show landed on our goggle boxes (and stole our hearts): she’s thwarted enemies, run for her life more times than we care to recall, and lost many team members along the way. 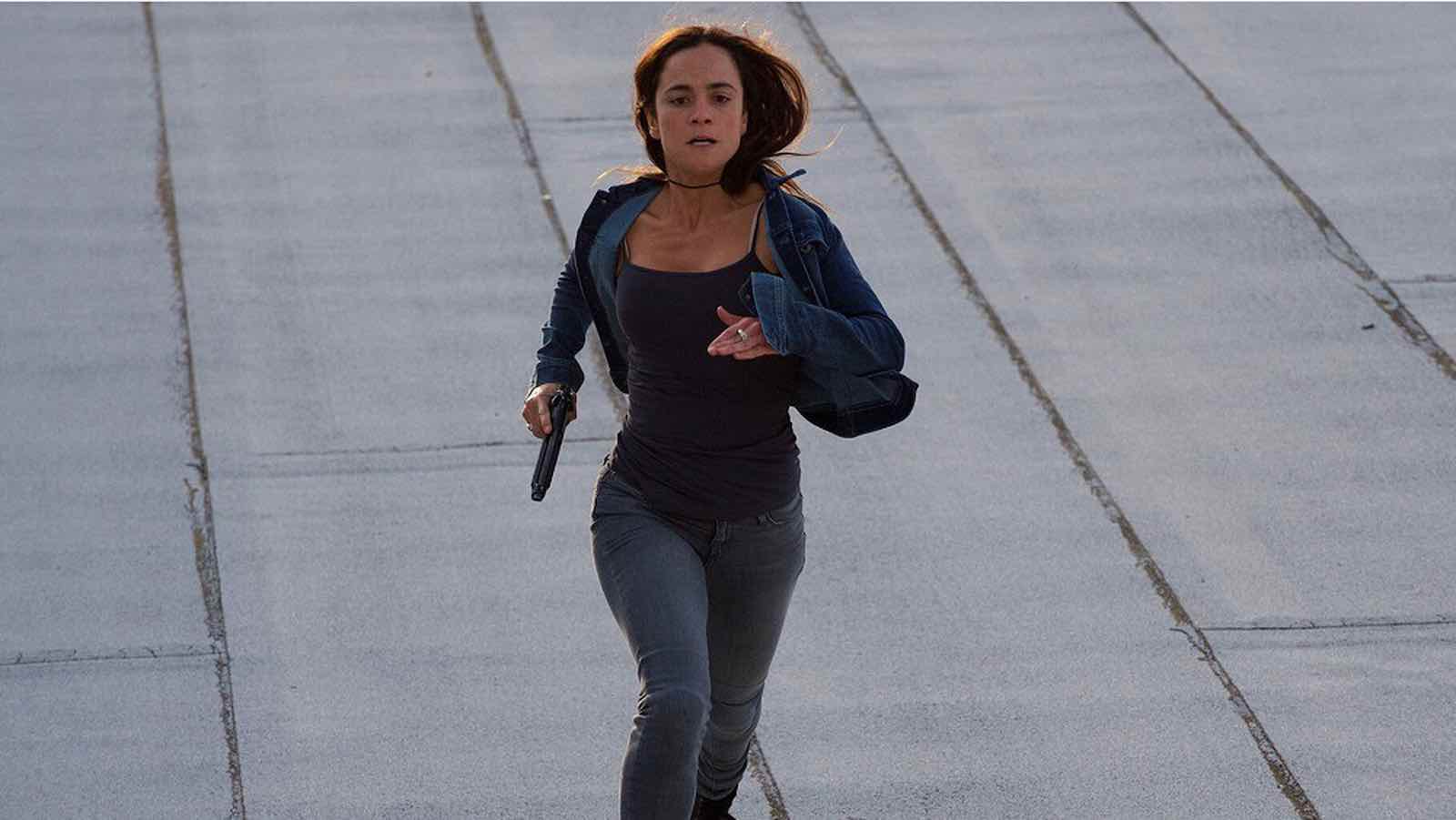 A running motif throughout Queen of the South features the future Teresa visiting current Teresa in times of strife. Future Teresa is a sage, like a white-clad Oprah laying down all the wisdom (if Oprah’s affirmations had anything to do with drug money, cartels, and how best to evade hitmen on your trail).

Up until the most recent episode, “Diosa De La Guerra”, we had no idea when Teresa would shake off her naivety to become the white-adorned queenpin of our dreams. We finally got the answer as Teresa underwent a voodoo protection ritual and was told to cloak herself in white to protect herself.

From working on the streets to running them, here’s everything you need to know about the climb of Teresa Mendoza from cartel moll to head of the gang. 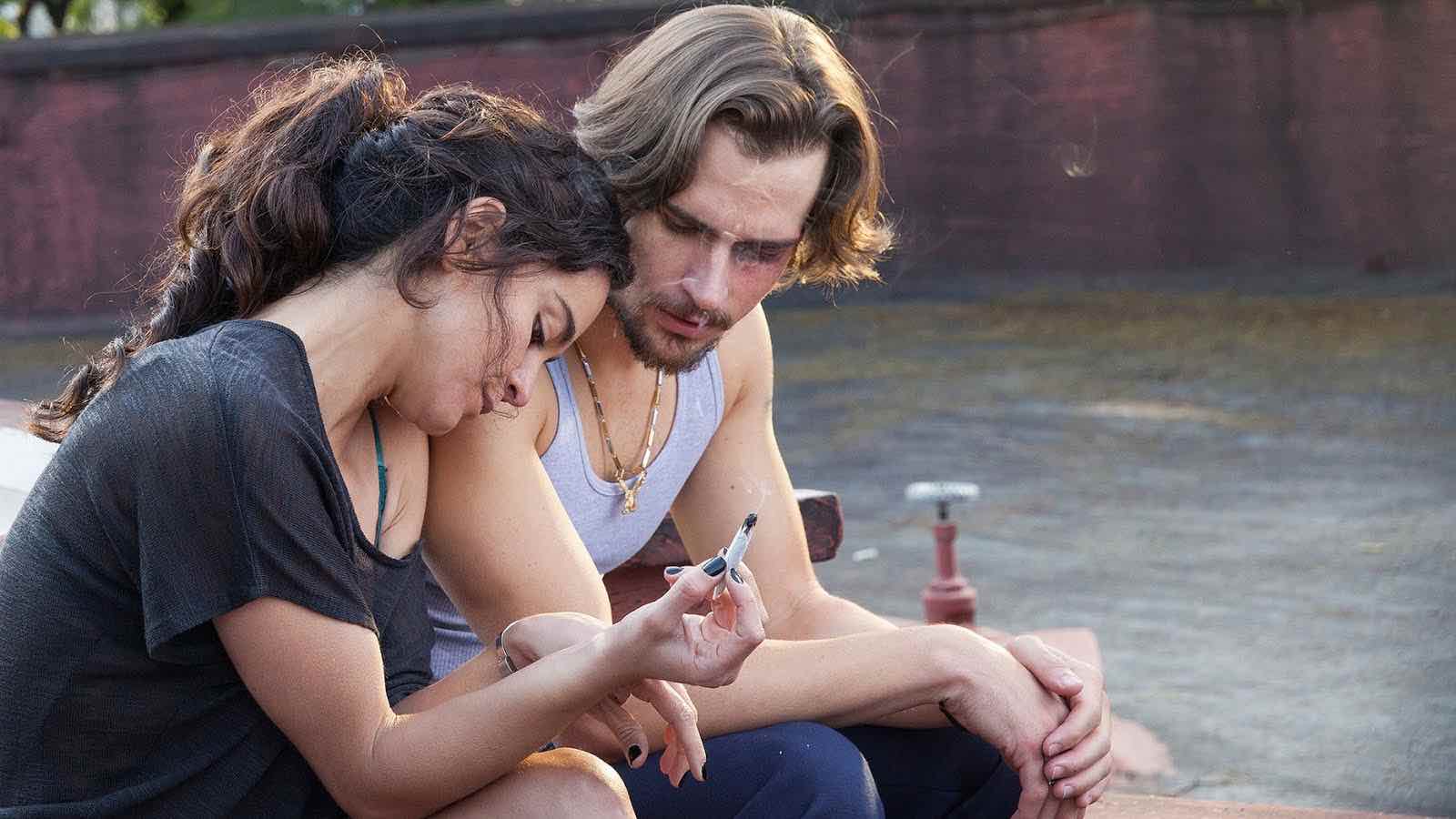 Through a series of flashbacks, we see Teresa develop from lowly Culiacán moneychanger to gangster’s moll – the gangster in question being Güero (Jon-Michael Ecker), a pilot secretly on the take from Sinaloa’s Vargas cartel.

Knowing his end could be imminent, Güero taught Teresa how to shoot and filled a go-bag with cash, fake passports, and a data-laden notebook Teresa could trade cartel boss Epifanio Vargas (Joaquim de Almeida) for her safety if s** hit the fan. 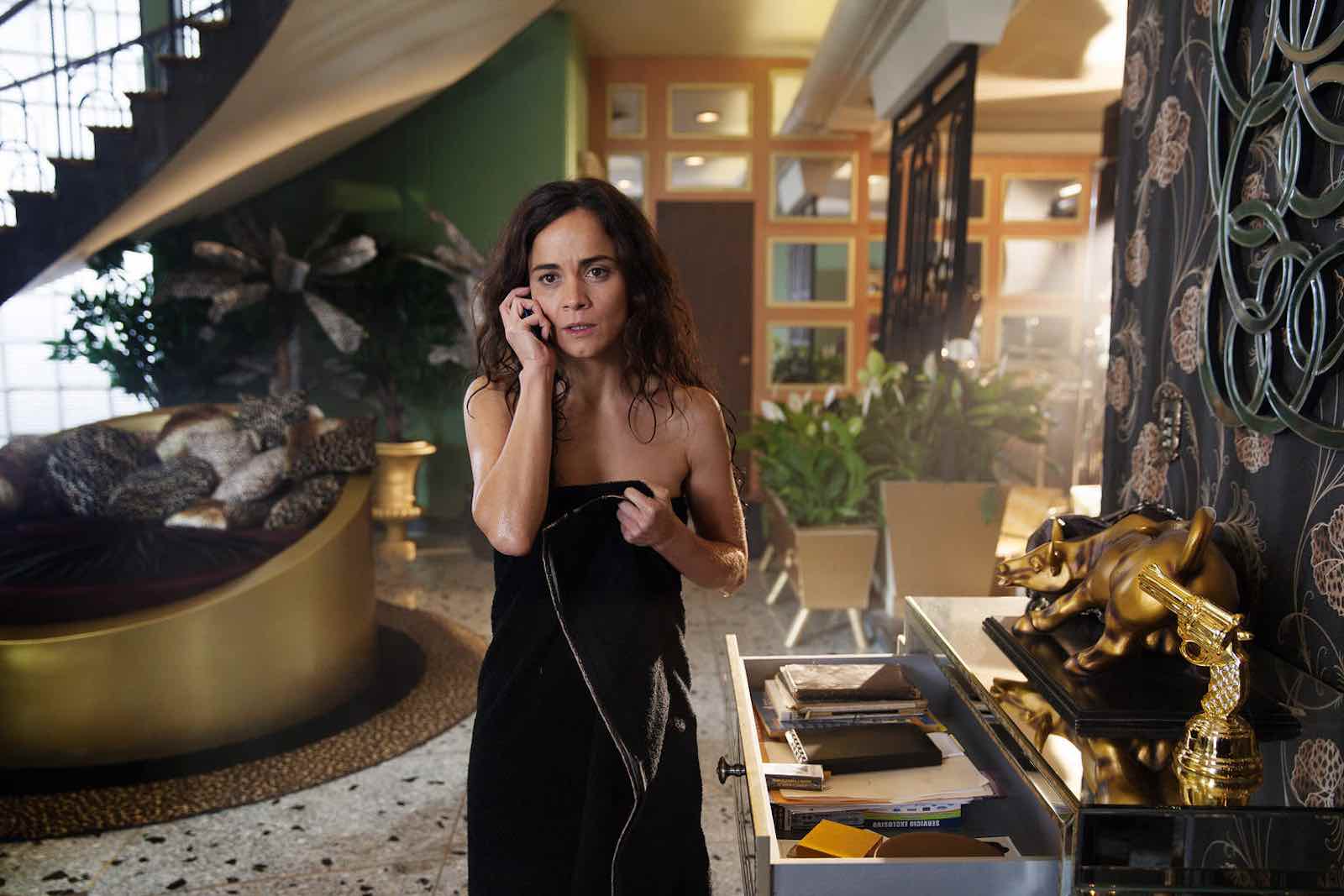 When early in S1 said sh** strikes said fan, Teresa uses her smarts to stay alive when she could be broken by grief. By leading herself, her best friend Brenda, and her godson Tony to safety, Teresa chooses to fight and is already unlocking her darkly grand destiny.

Teresa is portrayed from the start as a strong, complex woman who never chooses to be a victim, always taking action rather than relying on a man for her journey. Teresa doesn’t let gender stop her from going after what she wants. 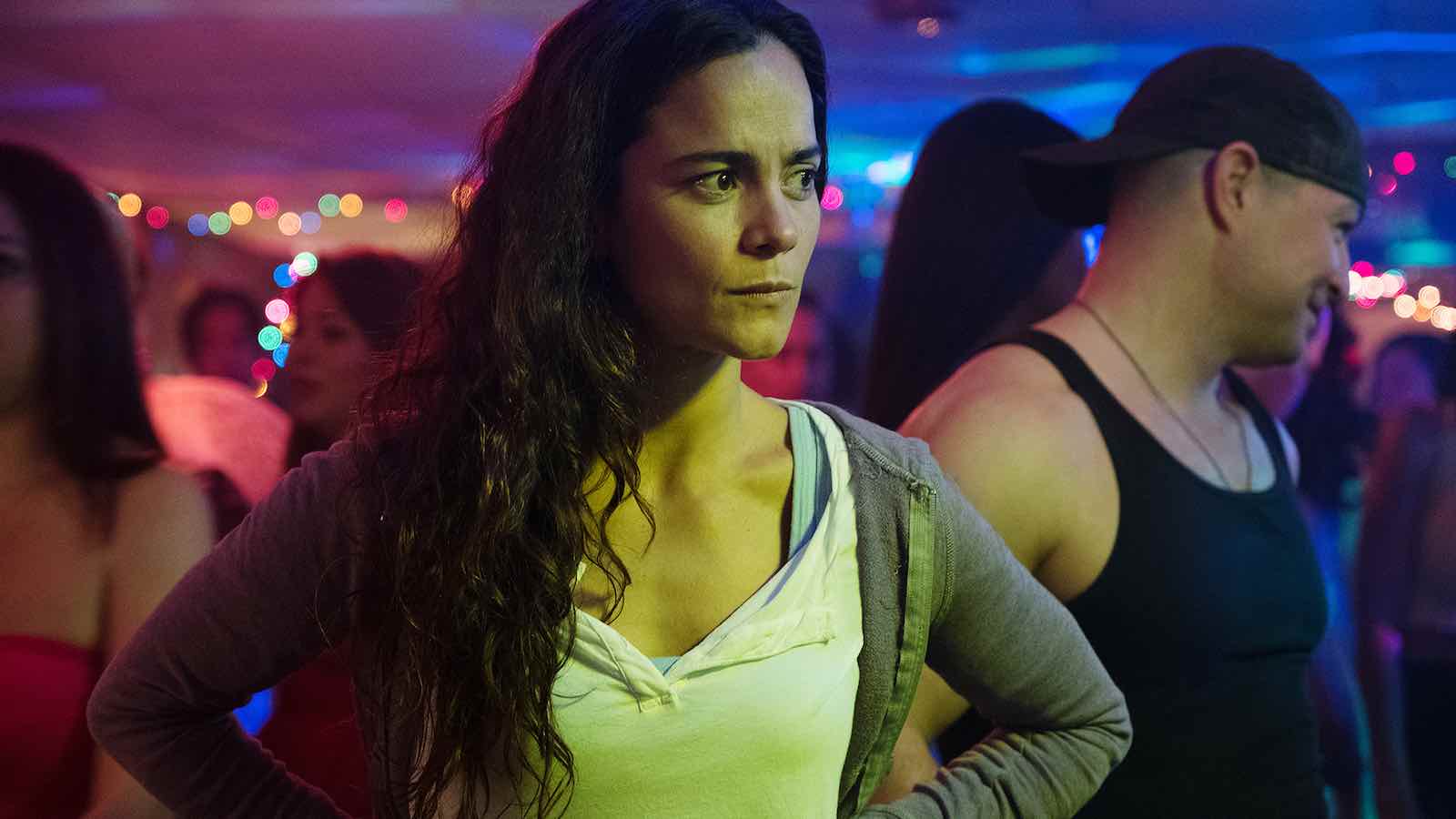 Teresa Mendoza has nerves of steel. This couldn’t be more evident than in S2E5, when the complex love triangle of Teresa, James (Peter Gadiot), and Güero (Yes, he came back from the dead.) travels to Bolivia in search of a new supplier: the enigmatic and dangerous narco cult leader (and definitive Film Daily fave) El Santo (Steven Bauer).

When the trail leads them to a bar in which Güero reconnects with Leo – their link to El Santo and Güero’s ex-girlfriend – the place is stormed by Bolivian troopers led by La Capitana.

Teresa covers up their identities by claiming she’s just there “to party”. La Capitana invites her to prove her point, so party Teresa does, huffing up three honking conga lines of coke. As Teresa – who hasn’t used since Güero left the first time – goes in for a fourth rail, visibly on her way to ODing, Güero steps in and offers to pay the police off with the $100,000 they were going to give El Santo.

It was a close shave, one that proved Teresa would stop at nothing to avoid snitching – even if it meant dying in the process. This is just one instance in which our queenpin stayed loyal in one heck of a tough situation. 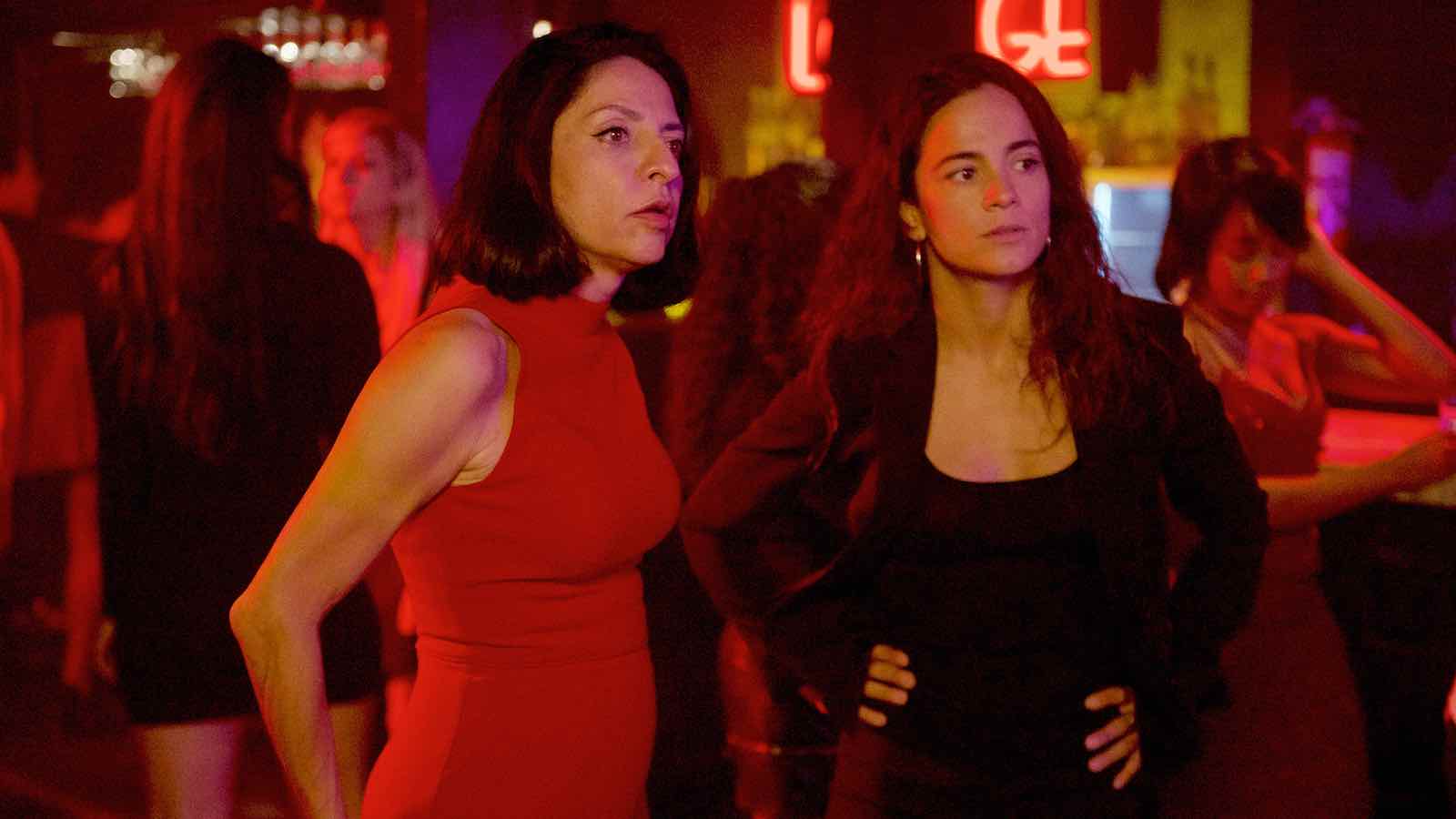 Teresa uses her smarts to manipulate – and survive

From the start, we’re shown Teresa using her intuitive smarts to take charge of her fate. This is especially evident in her relationship with Epifanio’s wife and later cartel leader Camila Vargas (Veronica Falcón) throughout S2 and S3. Teresa knows Camila isn’t trustworthy, but also recognizes partnering up with her to survive is the best strategy.

In another case of clear forcing of another’s hand, Teresa puts a gun to her head in front of Don Epifanio (Joaquim de Almeida), threatening to take her own life. “Let’s be real,” mused She Knows, “she knew exactly what she was doing. In fact, I think this was just the first glimpse of Teresa’s masterful manipulation . . . She knew that by putting that gun to her head, Epifanio would have no choice but to take her under his wing.” 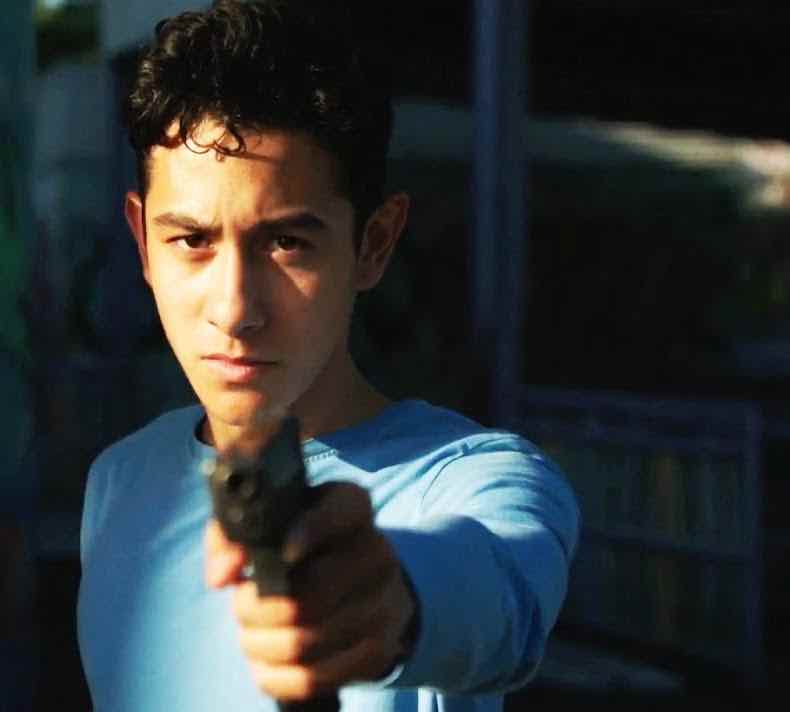 Found family is family – and innocence must not be tainted

After a rocky start in life, Teresa creates family where she finds it. She loves her found family and will do anything to protect them – but she’s also pragmatic. The people in her life such as Güero, James, Brenda (Justina Machado), King George (Ryan O’Nan), Pote (Hemky Madera), and latterly Kelly Anne (Molly Burnett) choose the life of the narco and thus know the implications of what they’re getting into.

Brenda’s son Tony (Adolfo Alvarez), on the other hand, didn’t choose this life. We see Teresa mourn the deaths of Güero (twice) & Brenda, and she’s saddened when (her current lover) James chooses to leave her crew.

But Teresa is a pragmatist and understands that death and separation come as part and parcel of the job. She wants to run her cartel a different way, not believing that innocent people should get caught in the crossfire. After dedicating her life to protecting Tony, we see her motivations flip when he’s mindlessly murdered.

By the end of S4, Teresa Mendoza is a woman with nothing left to lose. We’re on the verge of seeing her subvert her strict moral code to become the ruthless woman in white we’ve always known she’ll become. As Teresa herself declares coldly: “We’re going to kill them all.”