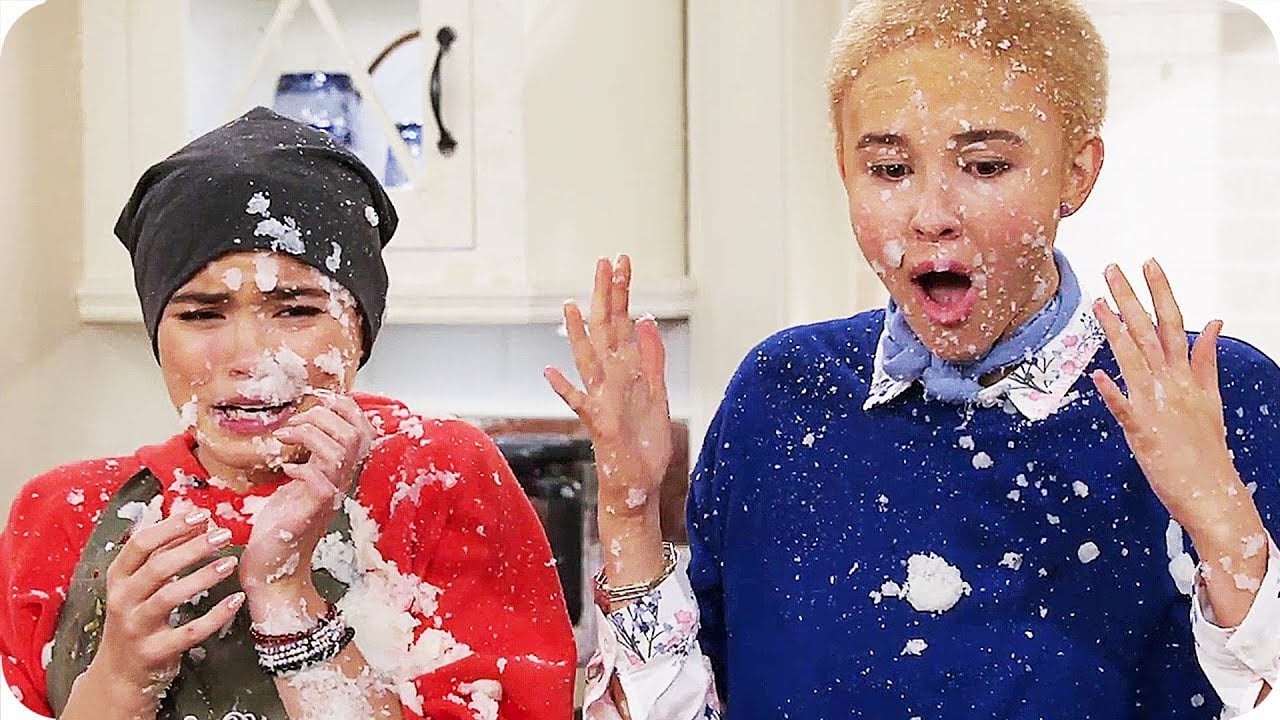 Missing ‘Alexa and Katie’? Use these teen dramas on Netflix to fill the void

It’s never easy to say goodbye to a beloved show, especially if you’ve spent years getting to know the characters. Alexa & Katie just ended its three season run on Netflix in June and now you’re left without a teen drama to watch over the summer months.

Luckily Netflix has teen dramas coming out of its virtual rear-end. The streaming site has everything from angsty shows with some seriously dark plot-lines to heartwarming ones that makes us reach for the tissues just like Alexa & Katie. It can be hard cracking open a new series, especially when you know nothing about it going in.

To get you acquainted with some new choices, here a few teen dramas for anyone who liked Alexa & Katie and will enjoy binging. 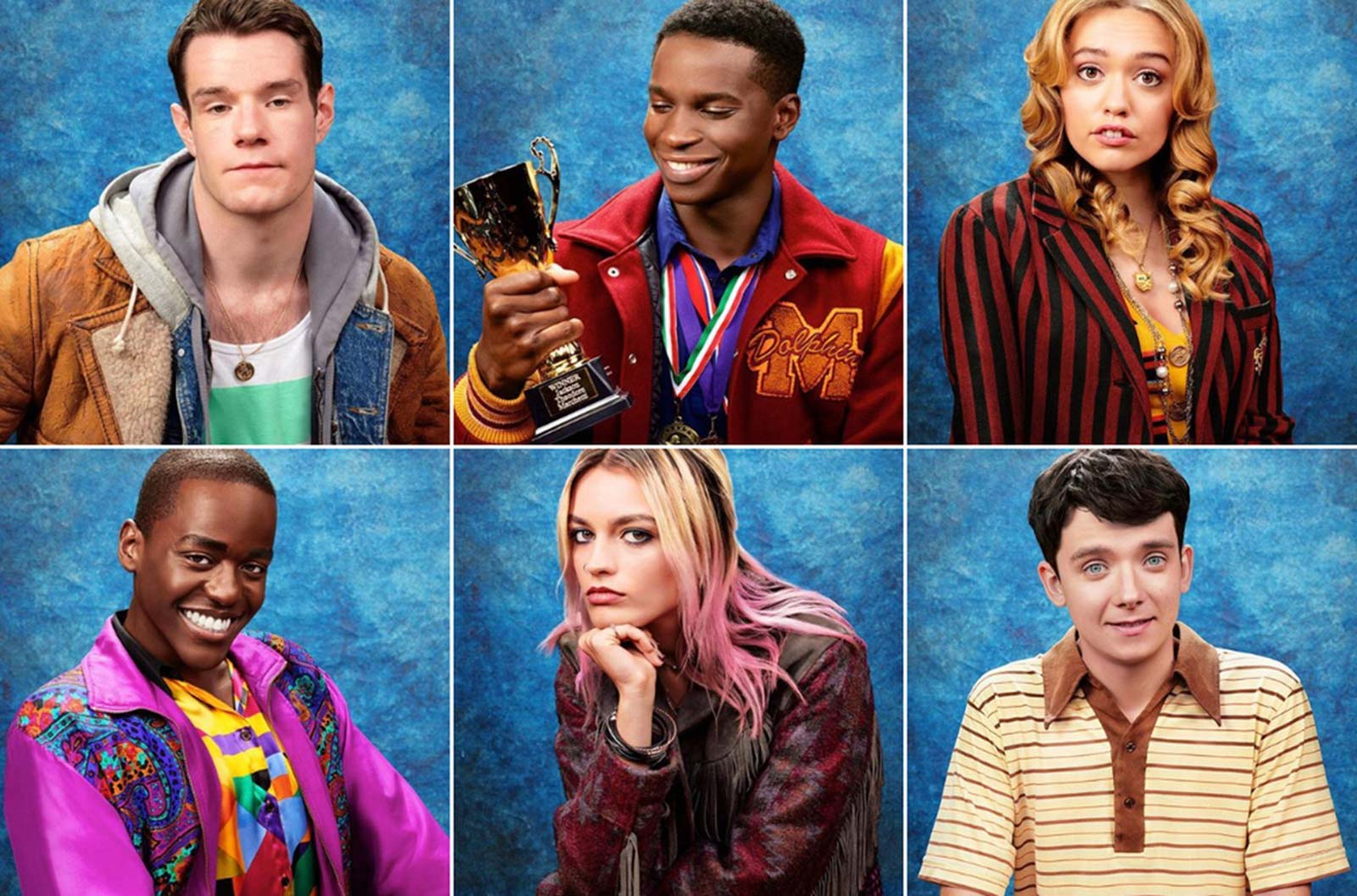 Sex Education adds a liberal serving of humor to its teen drama angst making this show hilarious & informative. The story follows high schooler Otis (Asa Butterfield) and an ensemble cast of schoolmates as they navigate the pitfalls of high school and their ever-changing, hormone-ridden bodies. Sex Education is a must-see for anyone wanting health & sex tips or anyone who likes a well-written teen drama. 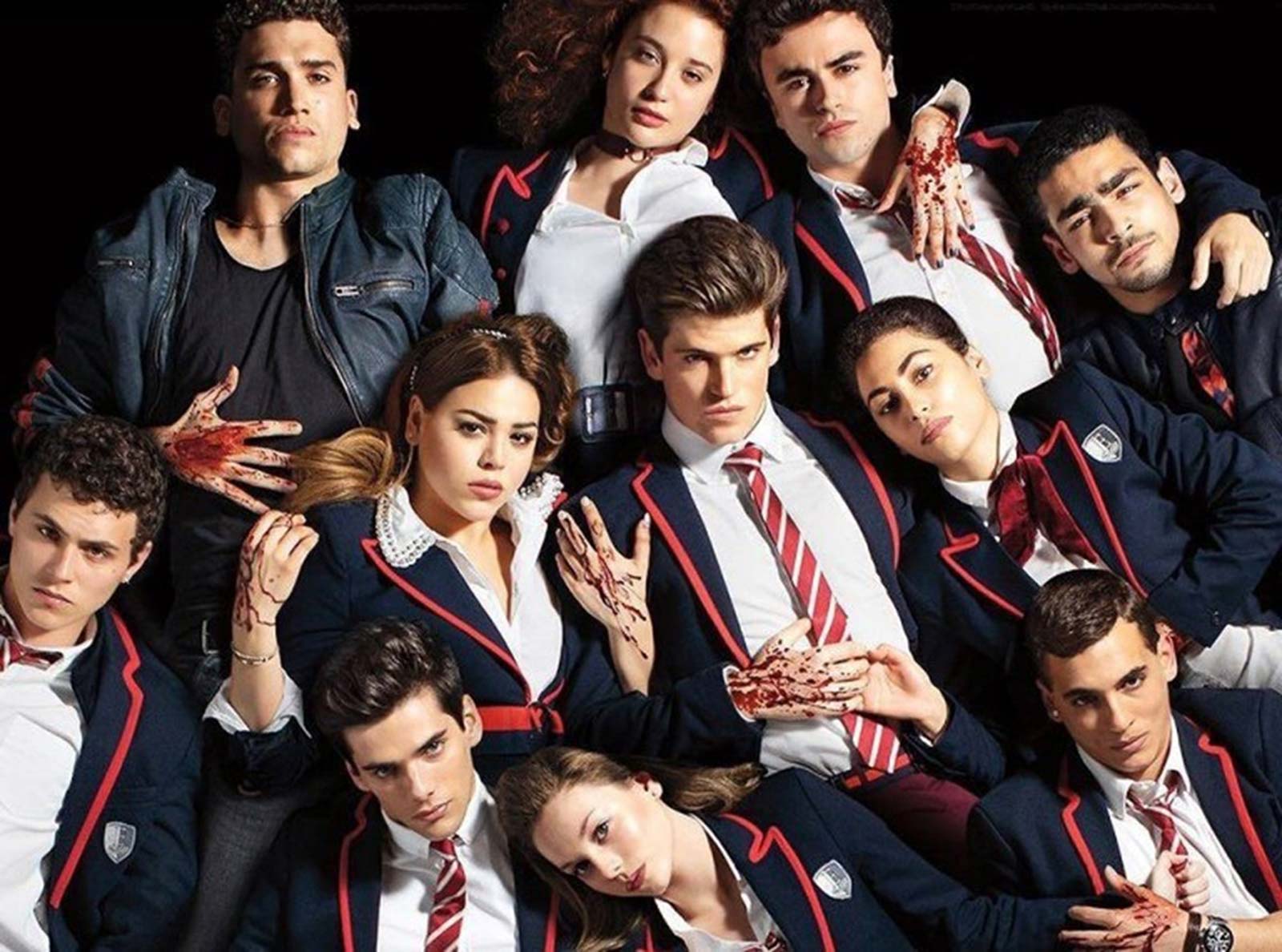 This Spanish-language show is a darker version of a high-school drama, involving intrigue, lies, and murder. Elite follows the story of three working-class teenagers who win scholarships to study at an elite private school. The culture clash the three newcomers experience in their new affluent surroundings stirs up a dangerous mix of pride & resentment.

Make sure to check out Elite if you’re also a fan of the Netflix show, Money Heist, as both Miguél Herràn (Rio) & Jaime Lorente (Denver) star in this teen drama. 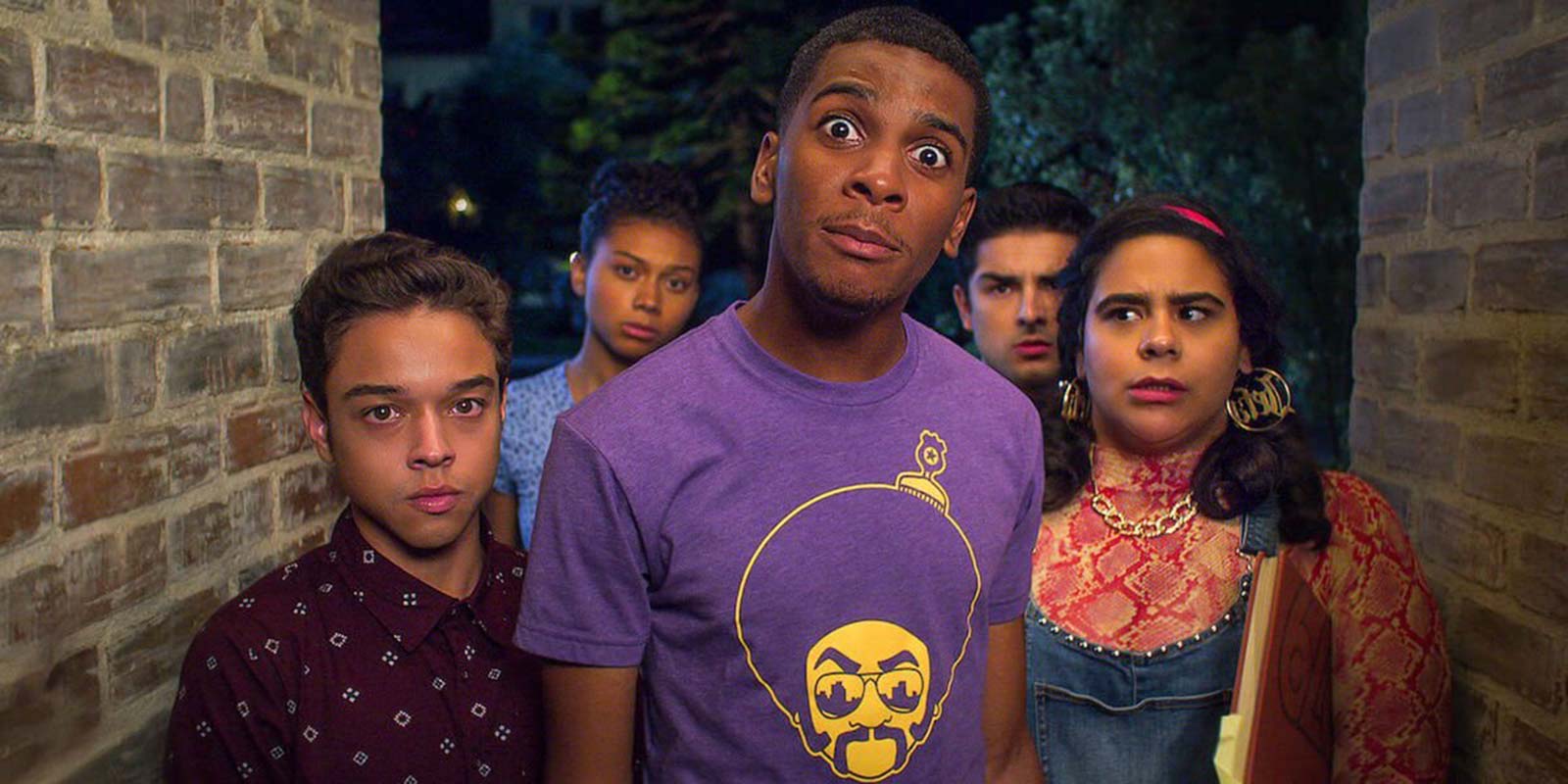 Are you sick of teen dramas with swanky private schools & ridiculously wealthy, stuck-up teens? On My Block serves us some more relatable content with a story about four teen friends from an inner-city LA neighborhood as they enter high school and feel the pressures of their new environment. On My Block offers audiences content that deals with real life issues from diverse experiences. 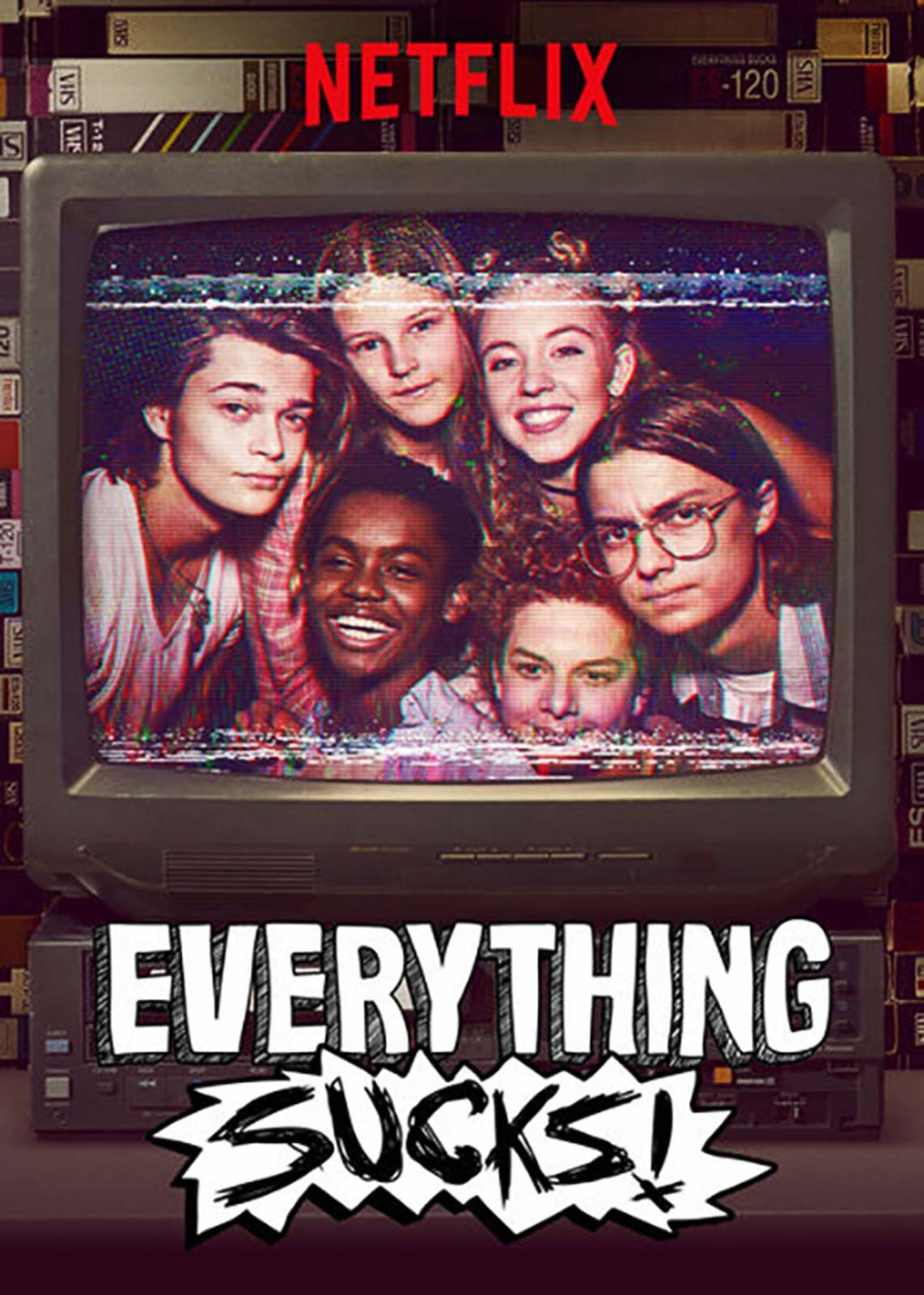 Everything Sucks! is a quirky little show about Luke (Jahi Di’Allo Winston), a high schooler who lives in a town appropriately named Boring and dreams of one day becoming a filmmaker. Luke falls hard for Kate (Peyton Kennedy) who is struggling to come to terms with her sexuality. When the high school is derailed, Luke takes the opportunity to make his own film instead and get to know Kate better in the process.

Everything Sucks! was cancelled after just one season but has grown a loyal cult following since it premiered in 2018. Be sure to check out Everything Sucks! if you’re looking for a quick binge. 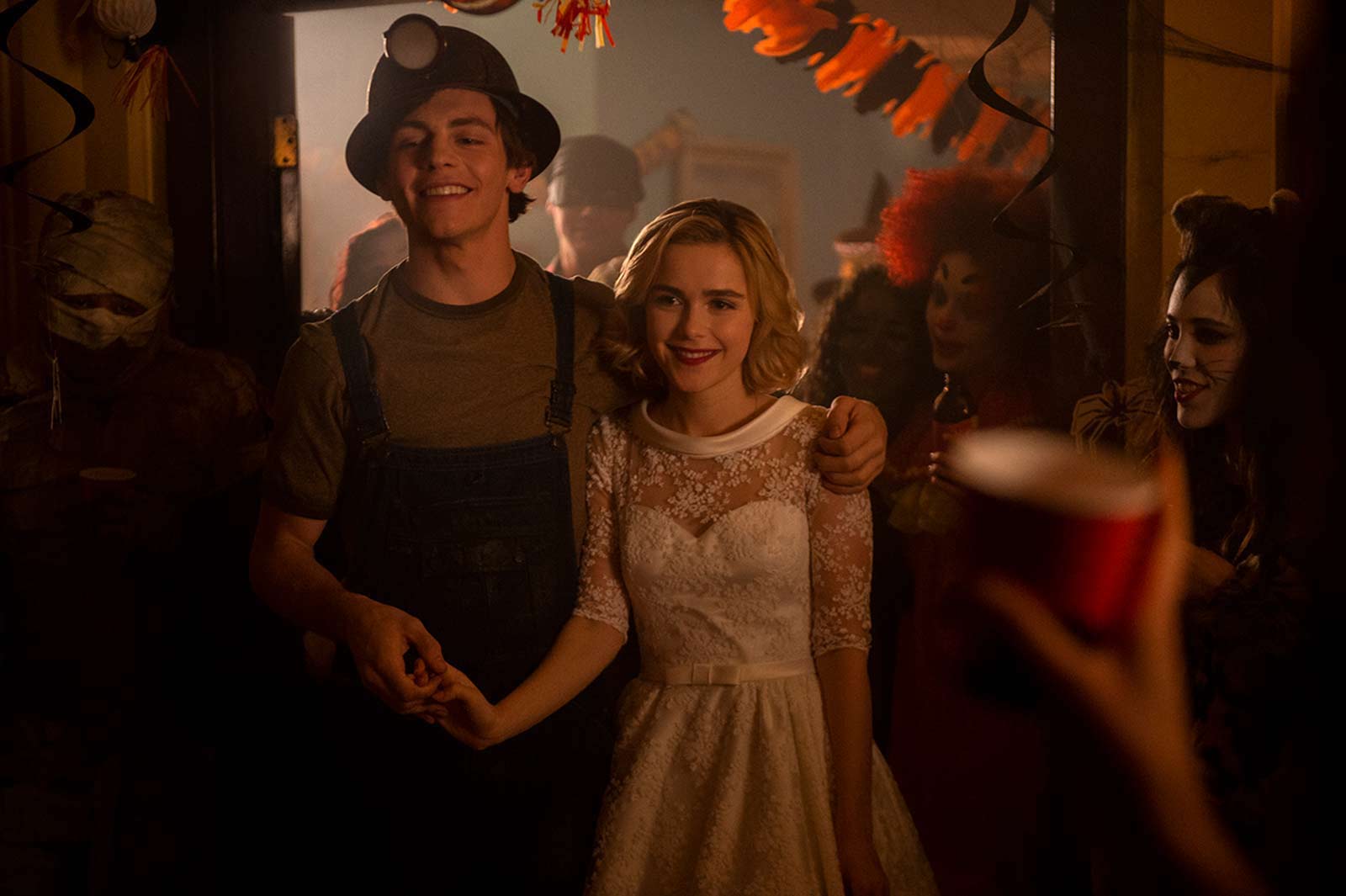 A little darker than the previous 90s show depicting the teen witch, Chilling Adventures of Sabrina shows the title character, Sabrina Spellman (Kiernan Shipka), fighting evil forces that threaten the safety of her and family. Sabrina must be resourceful as a half-witch, half-human, to live a balanced life between her two worlds.

Chilling Adventures of Sabrina leans into the horror elements of Sabrina’s dark powers making it a perfect teen drama for those who enjoy a bit of fright. 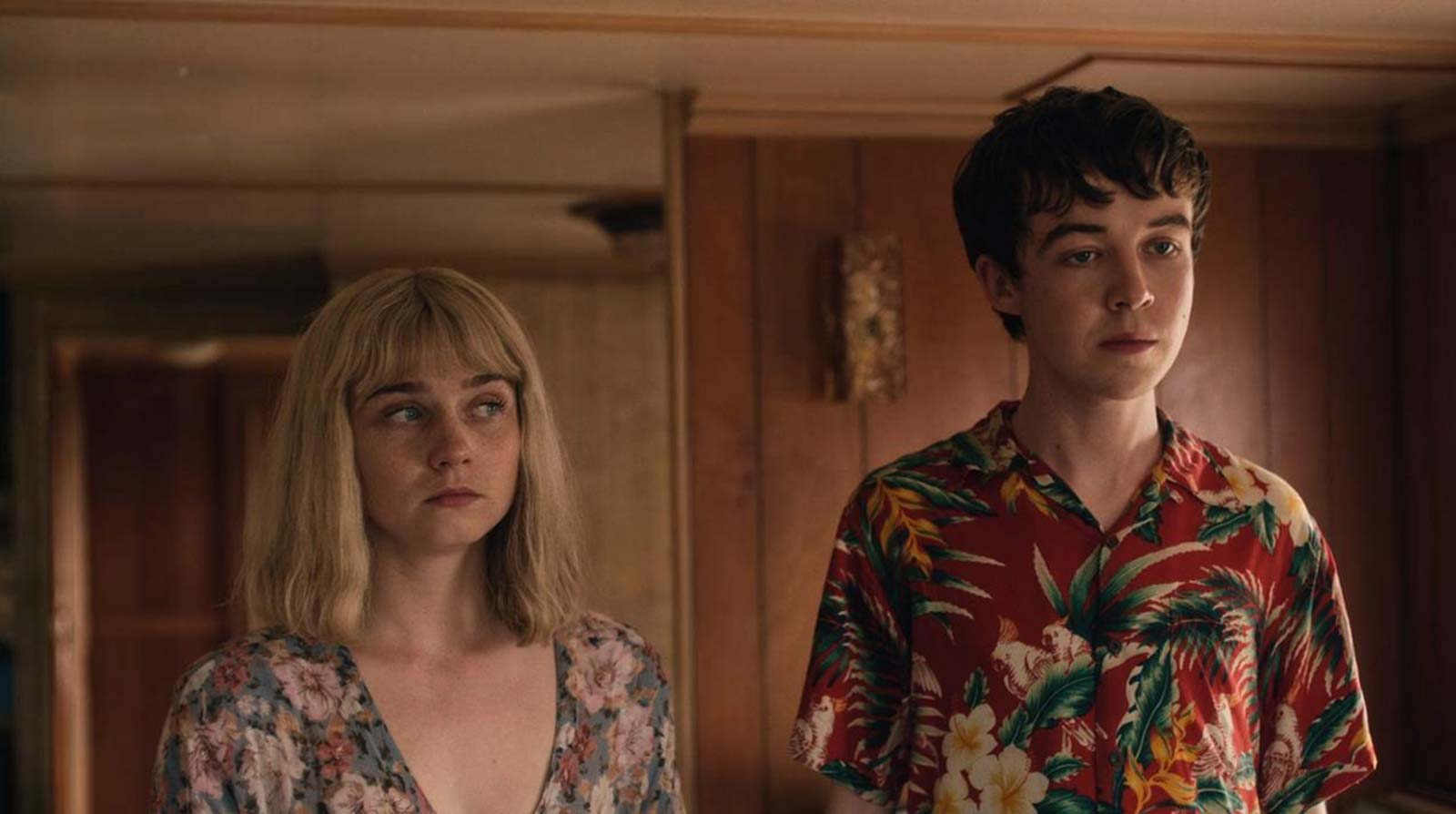 Another dark drama on the list is The End of the F***ing World, a show about the self-labeled psychopath, James who grows bored of killing animals and decides to kill his first human. James selects the rebellious Alyssa as his victim but she turns the tables on him when she suggests they run away together. James agrees as long as he still gets to kill her in the end, and the two embark on a road trip full of calamity & comedy.

Take a chance on The End of the F***ing World if you don’t mind a bit of chaos mixed in with your teen drama. 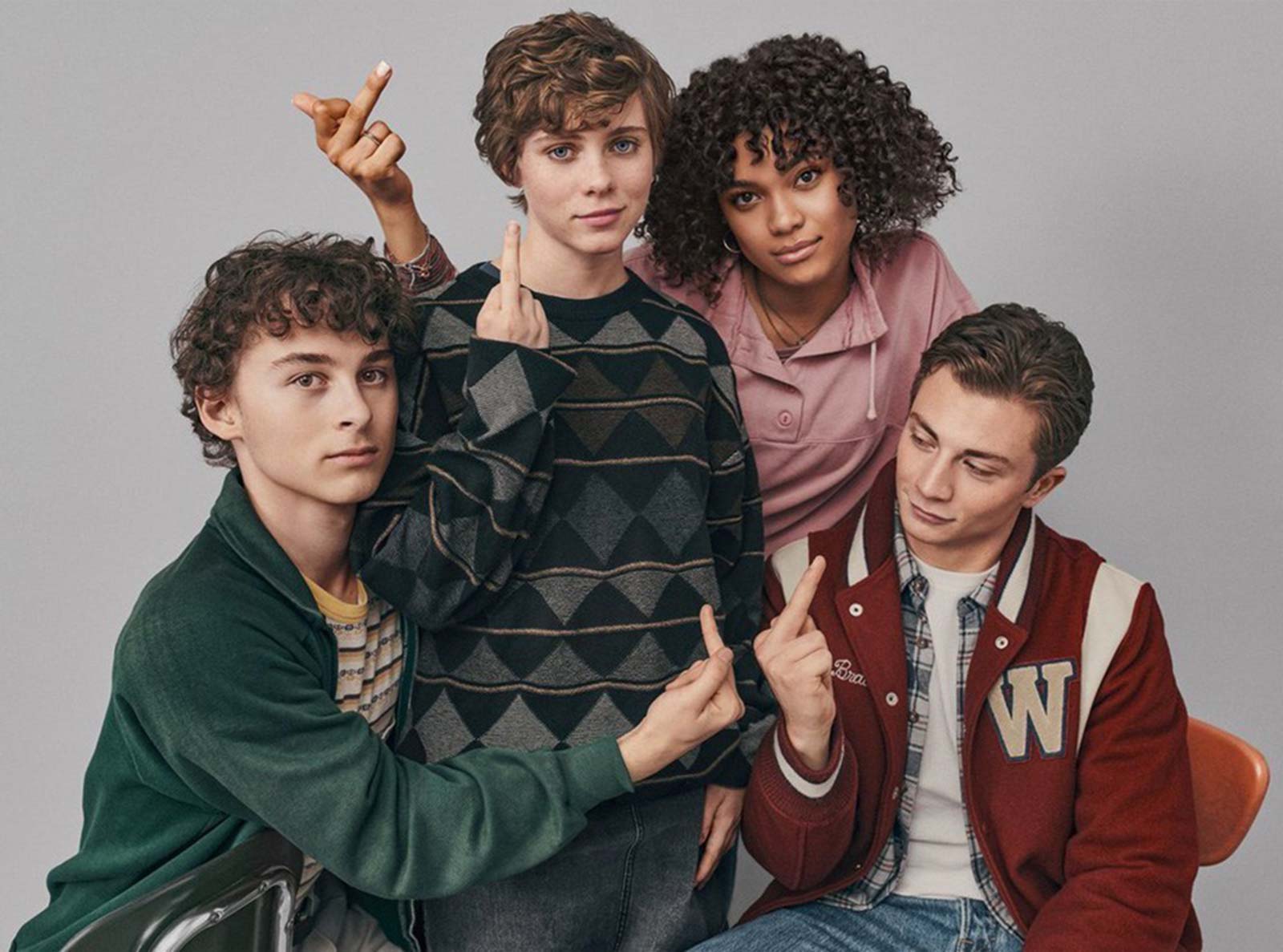 I Am Not Okay with This

I Am Not Okay with This is not your average superhero story. The series is based on a comic book of the same name and follows Syd (Sophie Lillis) as she realizes that she possesses powerful telekinetic abilities while she’s trying to survive high school and figure out her sexuality. I Am Not Okay with This offers us a superhero a little more relatable than Superman. 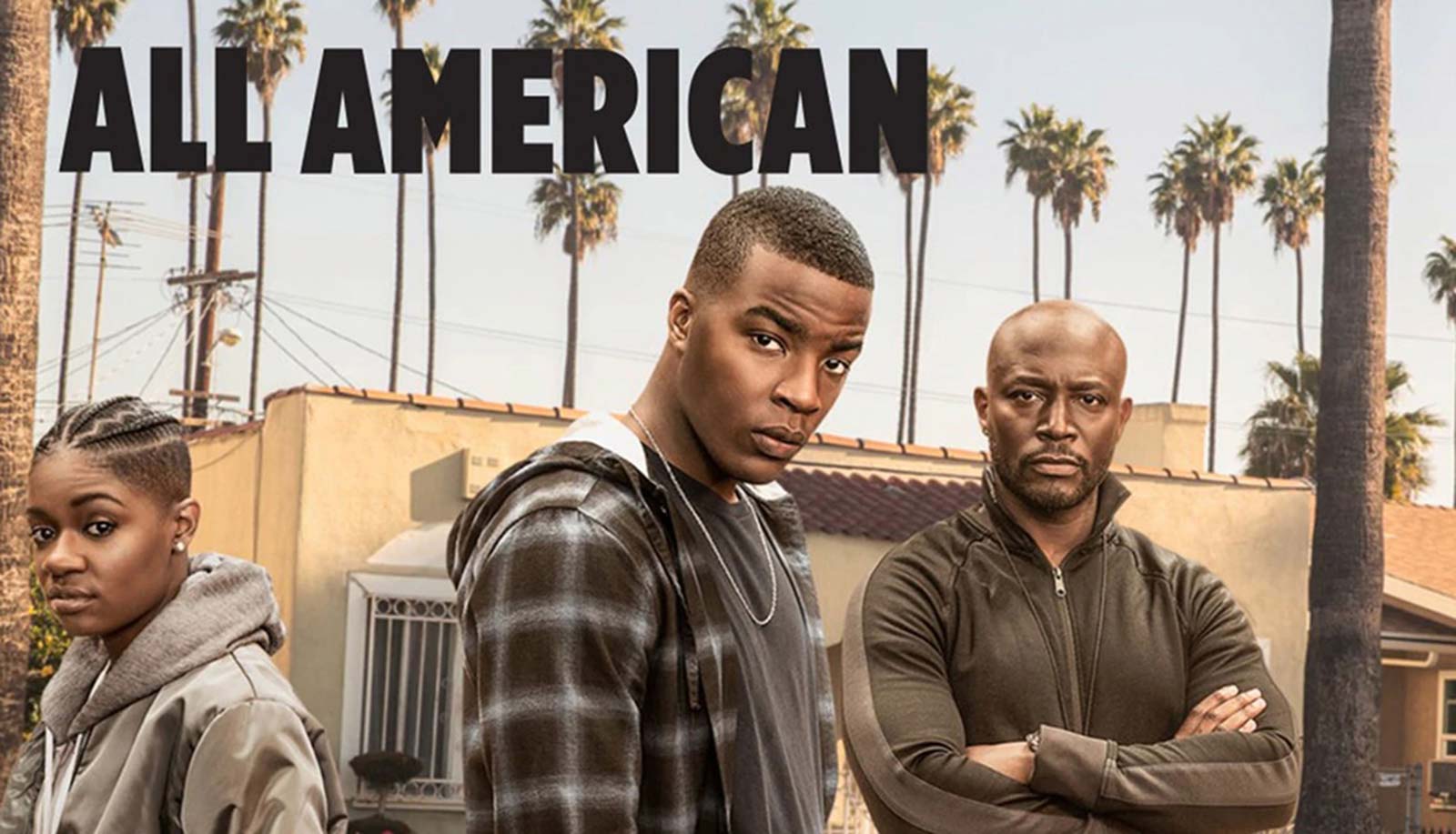 This fish-out-of-water story is about a young black boy, Spencer James (Daniel Ezra), from Compton who’s recruited to play football for a highschool in Beverly Hills. All American is based on the true story of pro football player Spencer Paysinger and has been praised for its portrayal of class struggles & coming to terms with identity.

Atypical is the story of Sam (Keir Gilchrist), an eighteen-year-old on the autism spectrum and his world that revolves around school, family, and Arctic exploration. Sam’s family deals with the effects of his autism as well but beyond the frustrations & miscommunications, they show their own way of living as a “normal” family. Atypical is the drama for you if you enjoy heartwarming & relatable family stories and penguins. 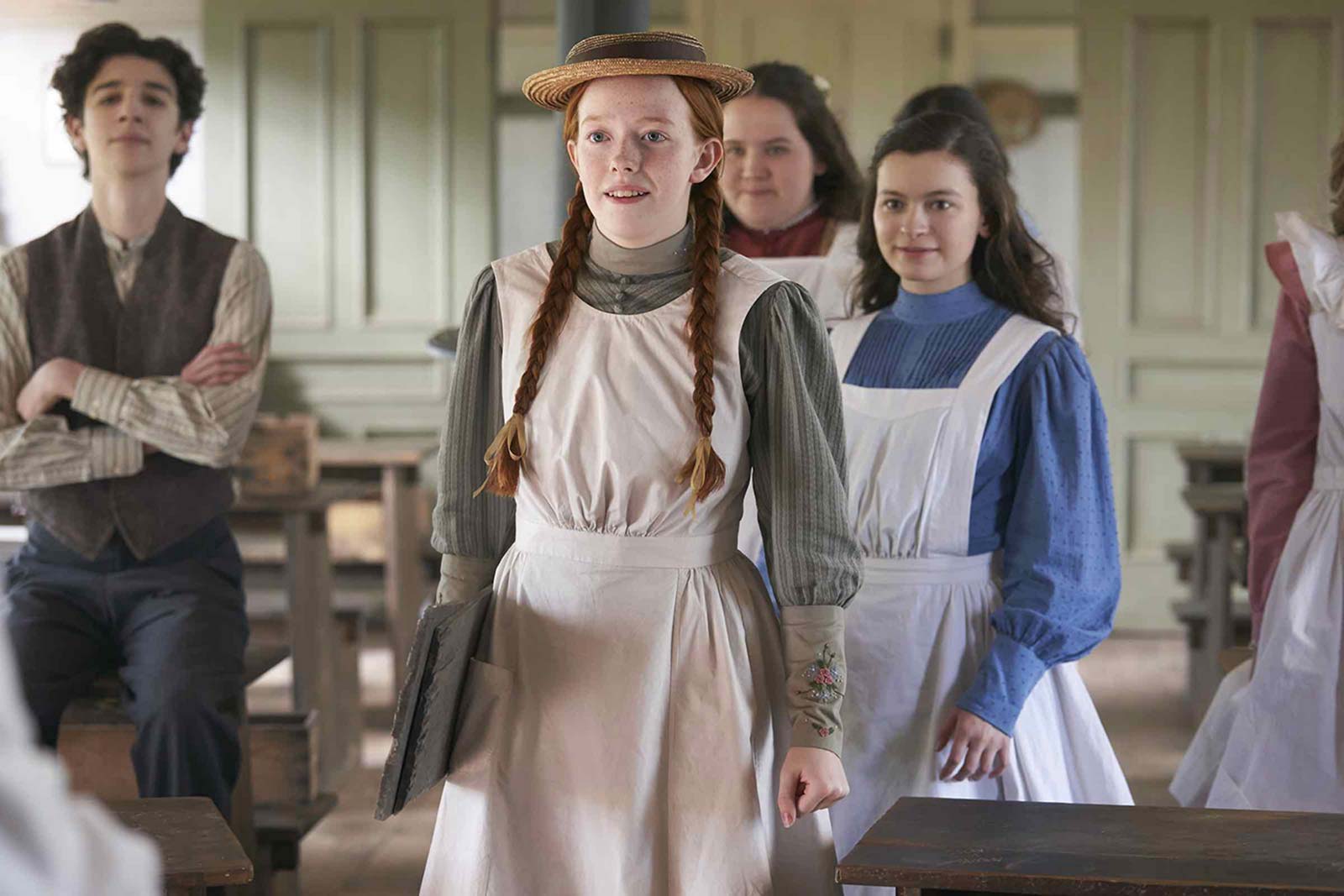 An inspiring story from the world of the classic novel Anne of Green Gables, Anne with an E tells the tale of orphan Anne Shirley (Amybeth McNulty) as she grows up among the green pastures of Avonlea. Anne’s bright imagination gets her into all sorts of scrapes but also provides her a unique perspective on living with purpose & kindness.

Anne with an E was tragically ended after its third season but remains a fan favorite due to the show’s attention to diversity as well as its marvelous story.