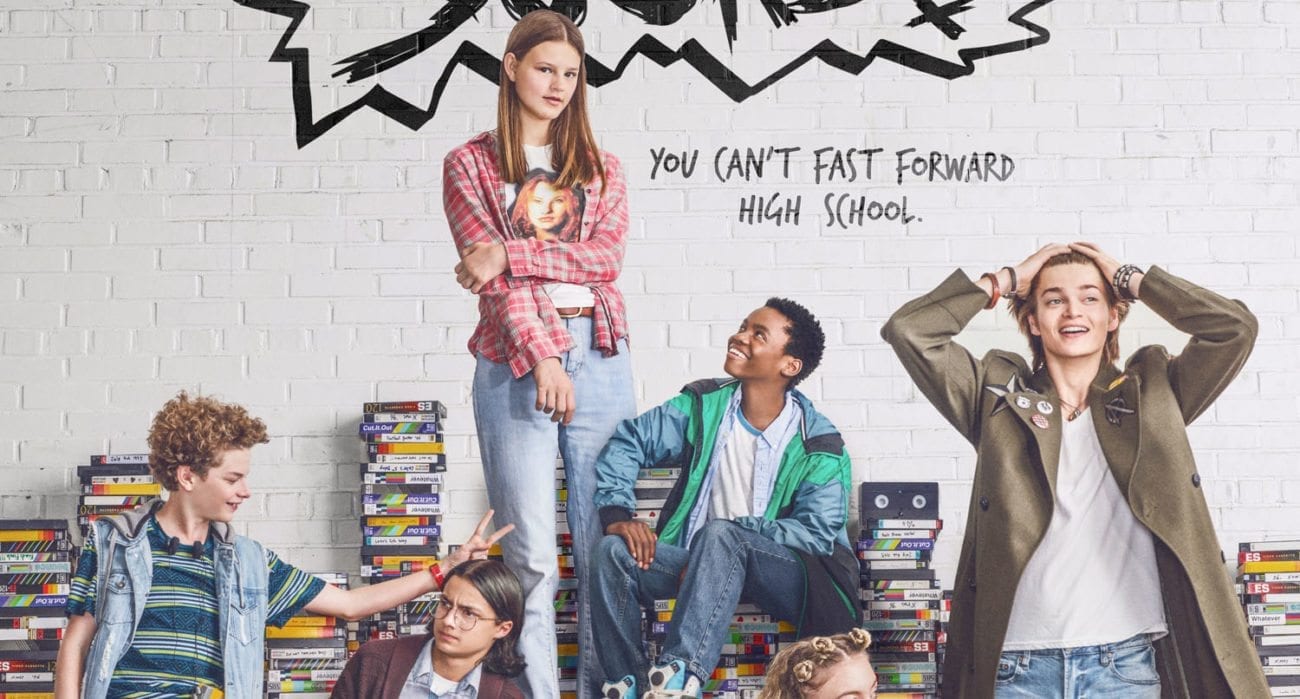 Everything great about ‘Everything Sucks!”s 90s soundtrack

Everything Sucks! was cancelled after just one season, thus proving everything really does suck. The 90s-set coming-of-age Netflix dramedy hailed from writers Ben York Jones & Michael Mohan and premiered to mixed reviews. Reminiscent of NBC’s Freaks and Geeks, Everything Sucks! followed two groups of high school misfits – an audiovisual club and a drama club – as they collide in 1996 Oregon.

For those on the favorable side of the review pool (us included), the show was a charming throwback to an era that echoed many of our childhoods and one of the best ways it ignited nostalgia was via its 90s soundtrack. Comprising iconic grunge songs and pop hit earworms, the show was a seriously tuneful trip down memory lane for millennials and GenXers alike.

In homage to this short-lived show, here are the most raging tracks featured on the Everything Sucks! soundtrack (all of which you can find on Spotify).

As the most iconic band of the Britpop era, it’s no surprise Oasis features a fair few times in the show – high-school freshman Luke O’Neil (Jahi Di’Allo Winston) even recreates Oasis’s music video for “Wonderwall” in a bid to ask out his love interest, Kate Messner (Peyton Kennedy). However, the first Oasis song is “Don’t Look Back in Anger”, featured in the opening episode.

This belter from The Cardigans was (and still is) an absolute tuuuune, so it’s no surprise the gangs played it at their post-premiere party for the sci-fi flick entitled “Intergalactic Lust”.

Ah, Duran Duran – is there any 90s teen who didn’t fawn over John Taylor and his relentlessly gorgeous New Romantical face? Using one of the slower pieces from the DD canon, Everything Sucks! plays “Ordinary World” when Kate and Emaline (Sydney Sweeney) finally kiss during the season one finale. Young love!

The Mighty Mighty Bosstones “The Impression That I Get” (1997)

This catchy little ska punk number from The Mighty Mighty Bosstones was by far the most popular from their 1997 studio album “Let’s Face It”. It’s also the very first song played on Everything Sucks!, giving great energy to the show’s opener.

The show’s creators were right to throw a Weezer track into the mix, and this early song from sophomore album Pinkerton is the perfect musical accompaniment to the moment Kate comes out to Luke in episode four.

Deep Blue Something “Breakfast at Tiffany’s” (1993)

As one of those decade-defining songs, “Breakfast at Tiffany’s” is also super upbeat, which is probably why the showrunners decided to feature it during the scene in which Mr. Messner (Patch Darragh) dances as he puts away his shopping. The dude’s got some interesting moves.

Early on in the show, Kate battles to have a regular school life as her dad (Mr. Messner) also happens to be the Principal. Blues Traveler’s 90s tune plays in the first episode in which she asks her dad to treat her like every other kid at the school.

Normally this song is the sign of a good night, but in Everything Sucks! the cassette tape of this track signals the start of a longass drive (not that the kids mind – they’re too busy jamming out.)

This one-hit wonder from the Bowie-influenced SpaceHog features close to the end of the first (and now only) season of Everything Sucks!, in which Luke’s family sitch takes a rather complicated albeit heartwarming turn.