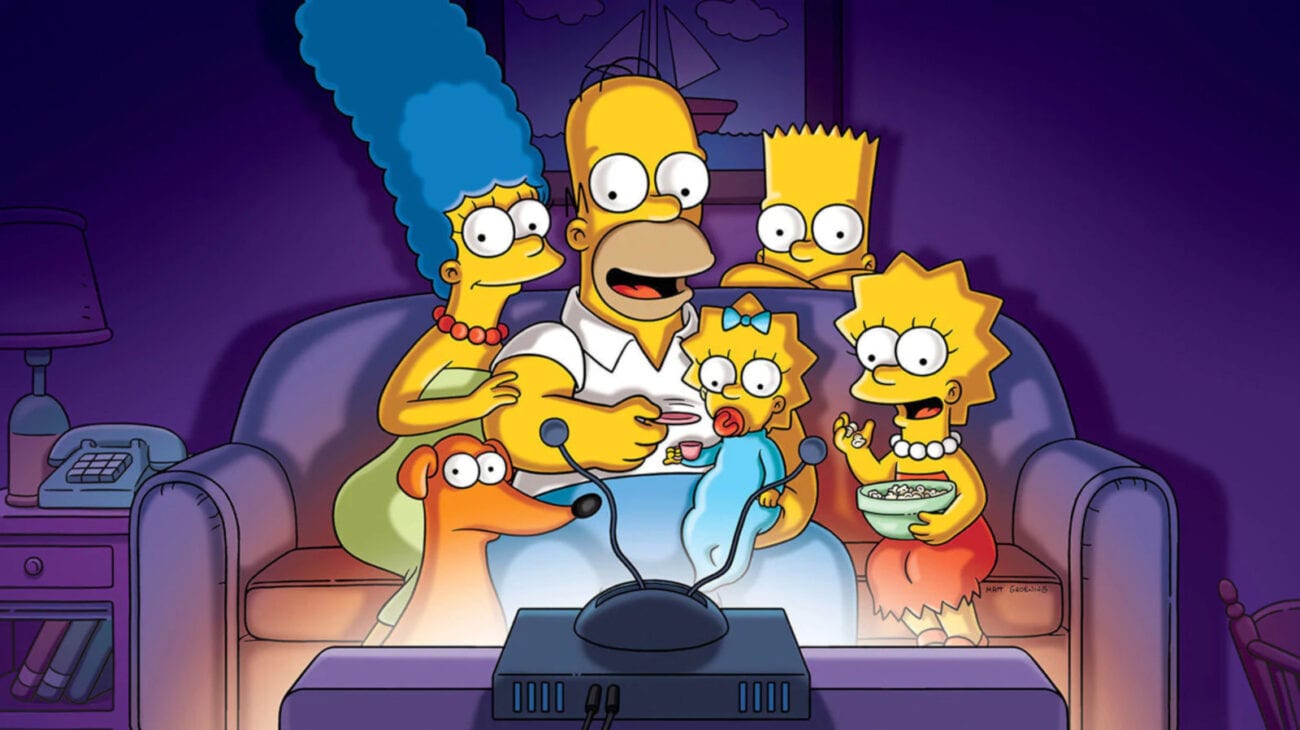 ‘The Simpsons’: Is Matt Groening *still* predicting the future?

It’s sort of creepy how well The Simpsons has been predicting the future since 1989. With over 700 episodes spanning over thirty years, it’s no surprise that the show predicted some events like the creation of smartwatches or even horse meat scandals!

However, the series has also predicted major historical events like the Ebola outbreak and even Donald Trump’s presidency! The show’s creator, Matt Groening, has once stated “We take the most unlikely, ridiculous, stupid, impossible, never-will-happen joke, and then it turns out that our imaginations aren’t that imaginative”.

Well, we’re starting to think witchcraft has to be involved at this point because the show is just too accurate. We compiled a list of some recent and oddly specific moments of The Simpsons predicting the future and possible events to come. 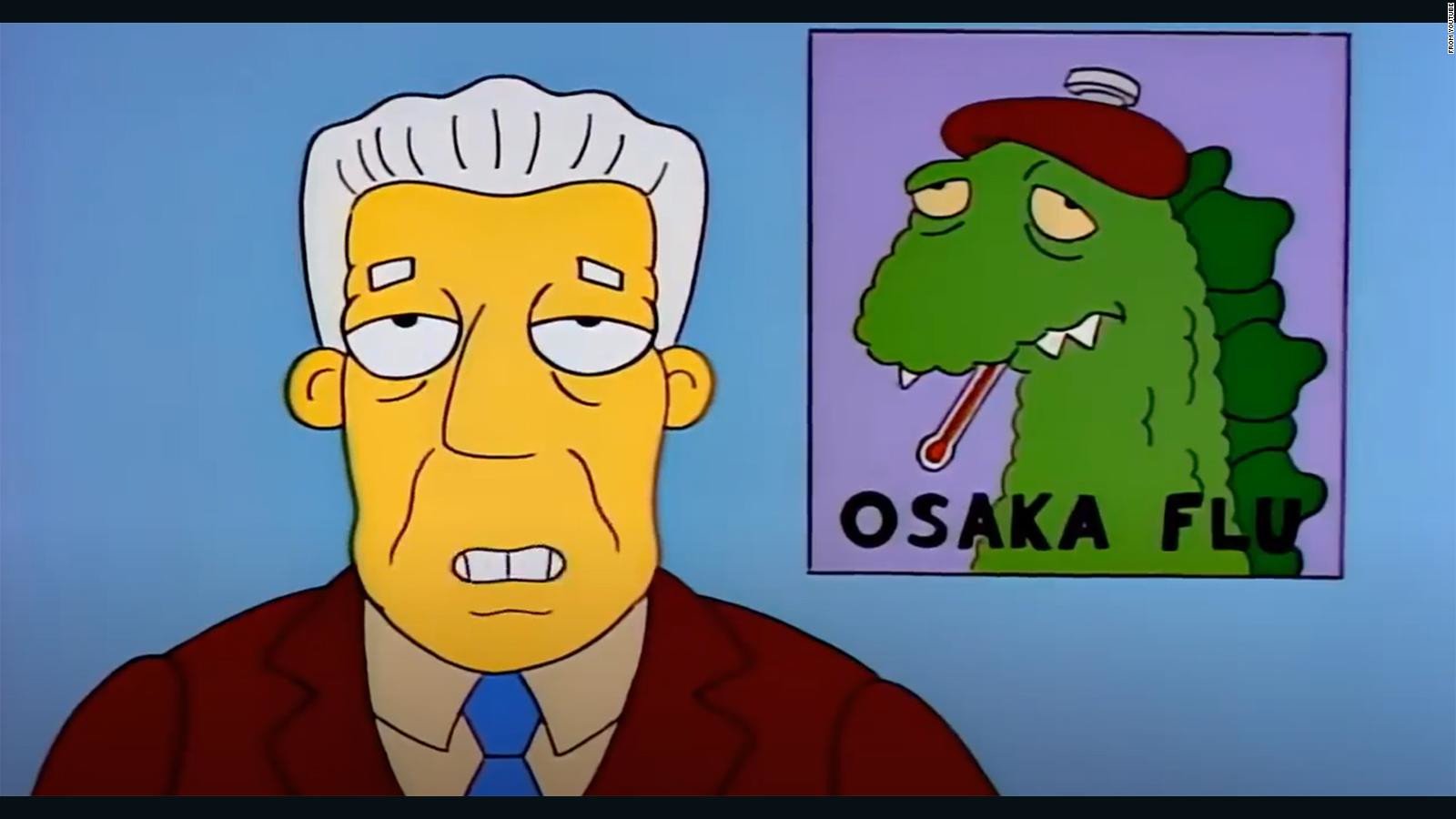 In 1993, an episode of The Simpsons included a deadly virus originating from Japan after an employee coughed into a blender that was shipped to America. Once the virus spreads among the city, everyone goes into full panic mode and starts buying out all the grocery stores. We all remember the toilet paper debacle after COVID hit in 2020.

Even more accurate, was the government’s response within the show. Due to the lack of a cure, those affected are told that simply rest will help. We all remember when the official protocol for having COVID was to not go to the hospital but to just stay home. 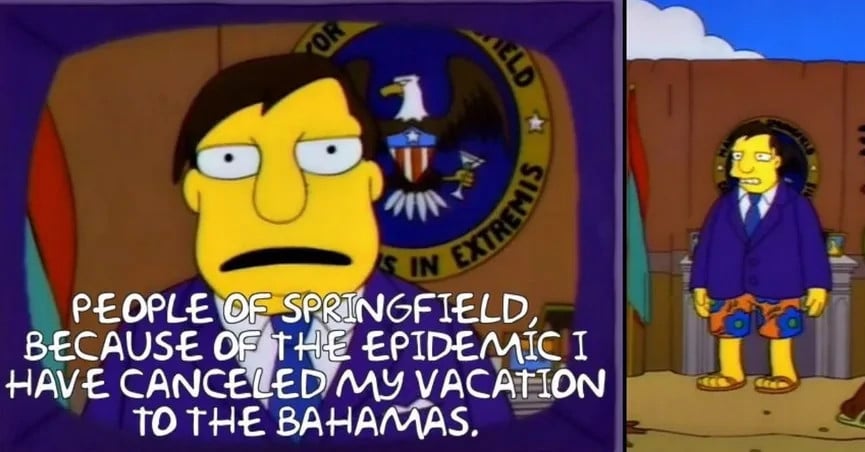 The Simpsons predicted Cruz’s recent scandal where he fled Texas to Cancun amidst the pandemic and a statewide hurricane. Senator Cruz even left his dog at home. Now that’s just wrong.

Fans found an old scene from the show featuring an identical political fiasco. A Cruz lookalike is live broadcasting from his tropical getaway except a fake government office backdrop is behind him. 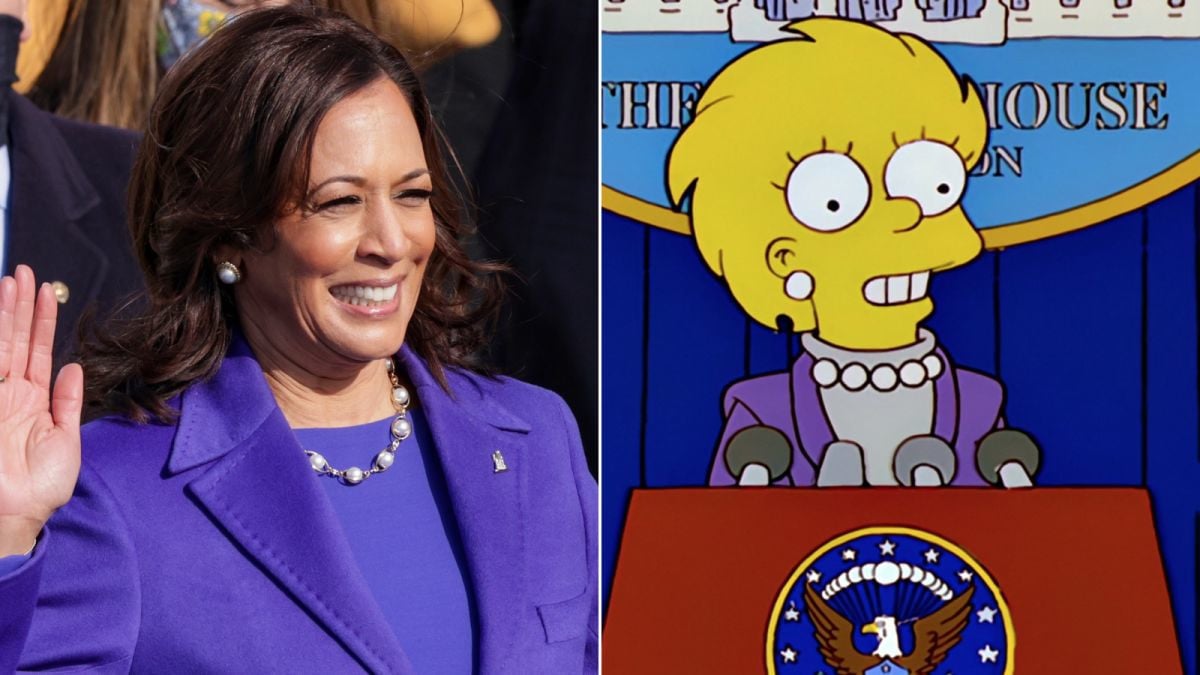 This one is way too specific. In The Simpsons, Lisa becomes the first female president right after Donald Trump leaves office. Similarly, the U.S. saw its first female Vice President after Trump’s presidency.

Even more uncanny is the identical outfits both Lisa Simpson and Kamala Harris wear days after being elected. The outfit is the same, even down to the earrings! 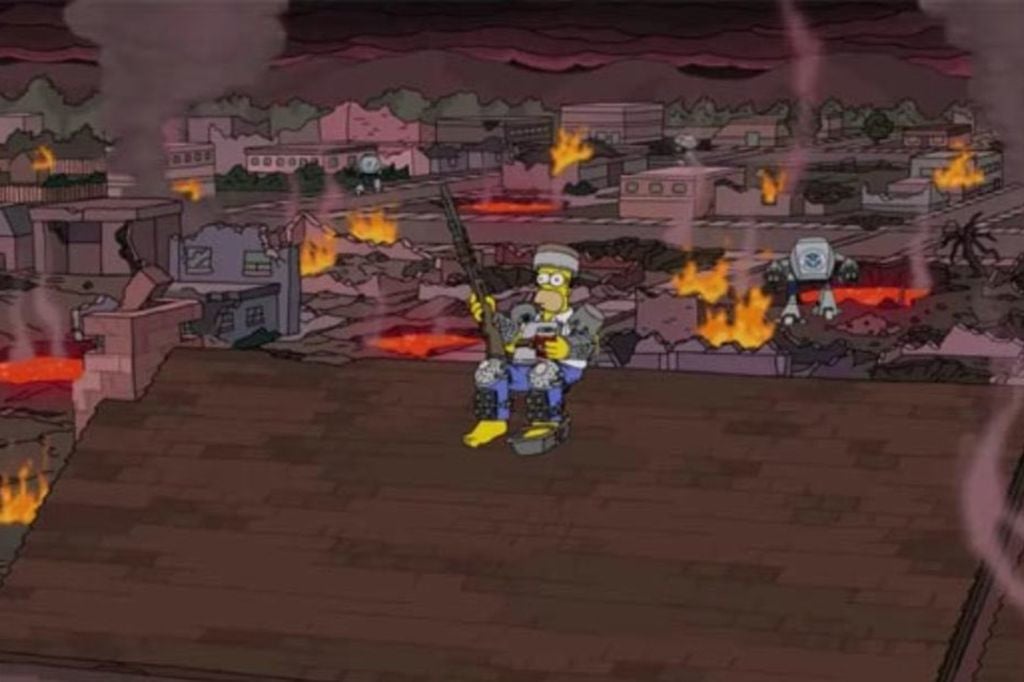 The show, more darkly, predicted a 2021 doomsday after the U.S. election. Springfield is left in flames and Homer is seen holding a rifle with the date “January 20th, 2021” on the screen.

This ones a bit on the ominous side, so we’re hoping that the show can start predicting events that are actually pleasant! 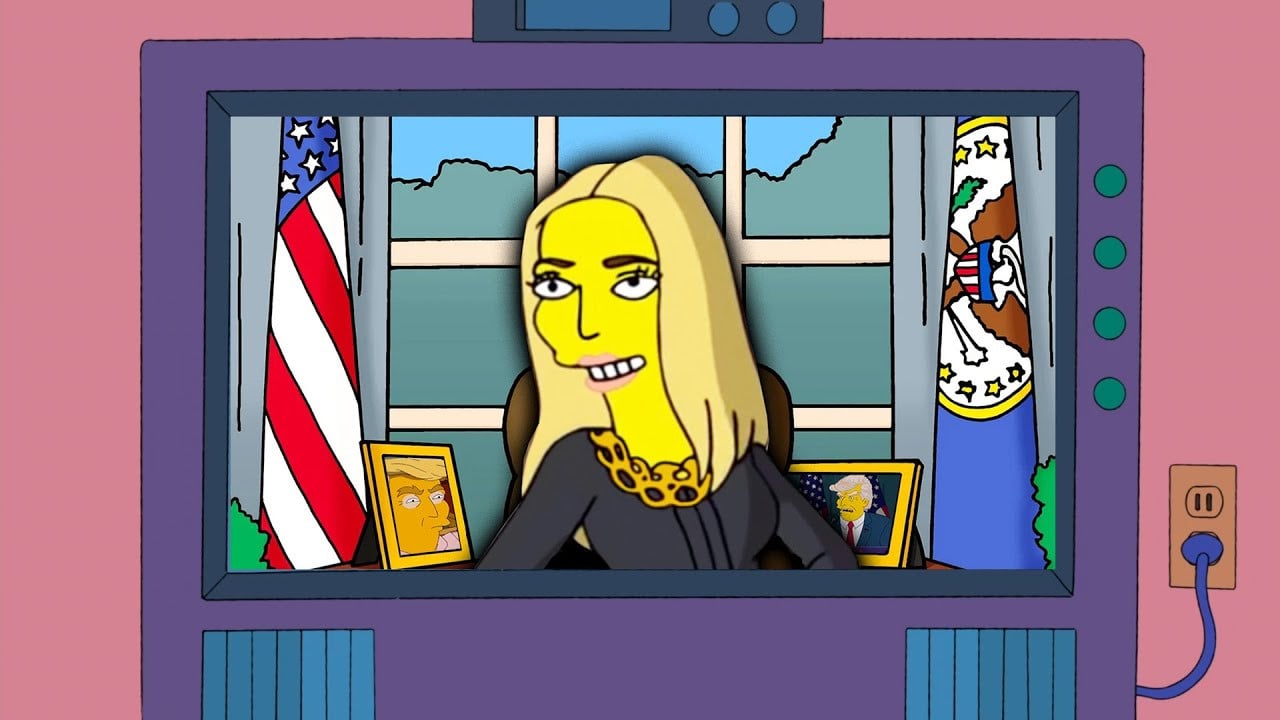 In 2016, the show featured a campaign poster that reads “Ivanka 2028”. Well, Groening got Donald Trump’s campaign success right, so this doesn’t seem to be too out of the realm of possibility. We’ll just have to wait for 2028 to come around and see what happens! 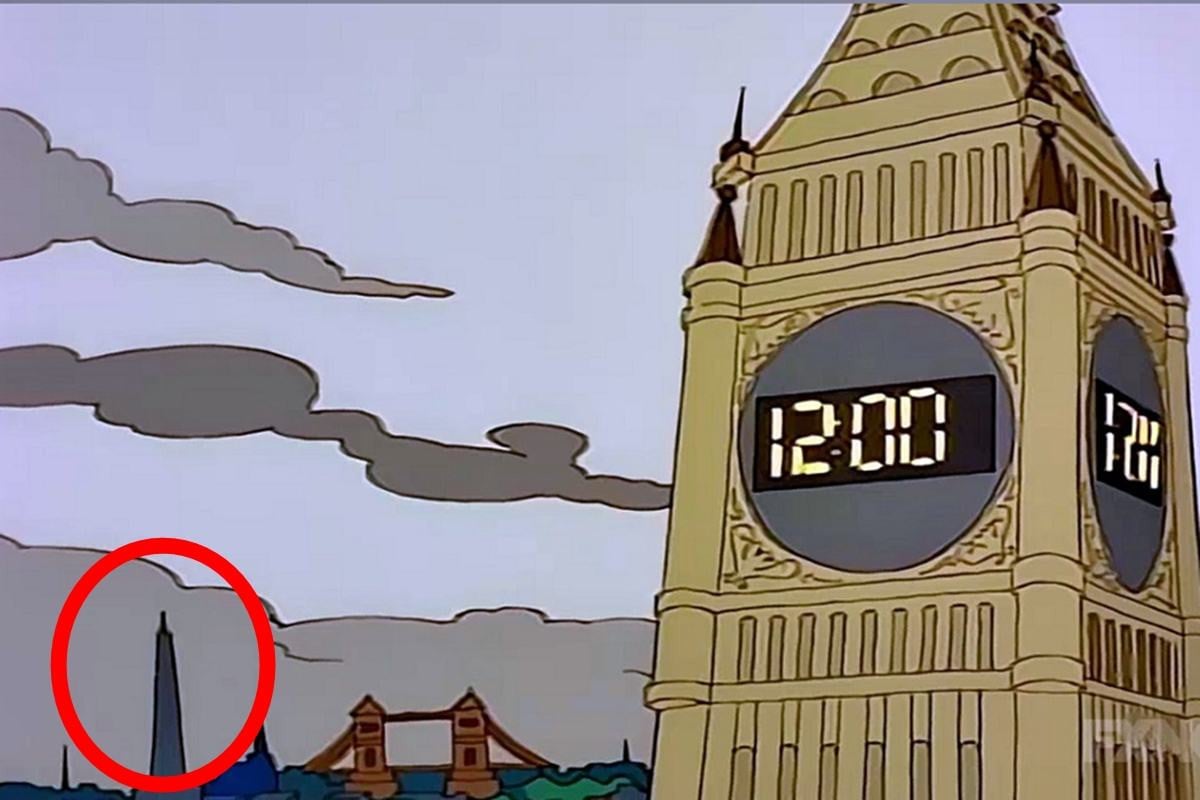 We really hope this one doesn’t come true. One episode that could possibly be predicting the future showed London’s Big Ben with a digitized clock rather than its historically famous original. As technology & society evolves, it seems that this prediction isn’t far from reality. 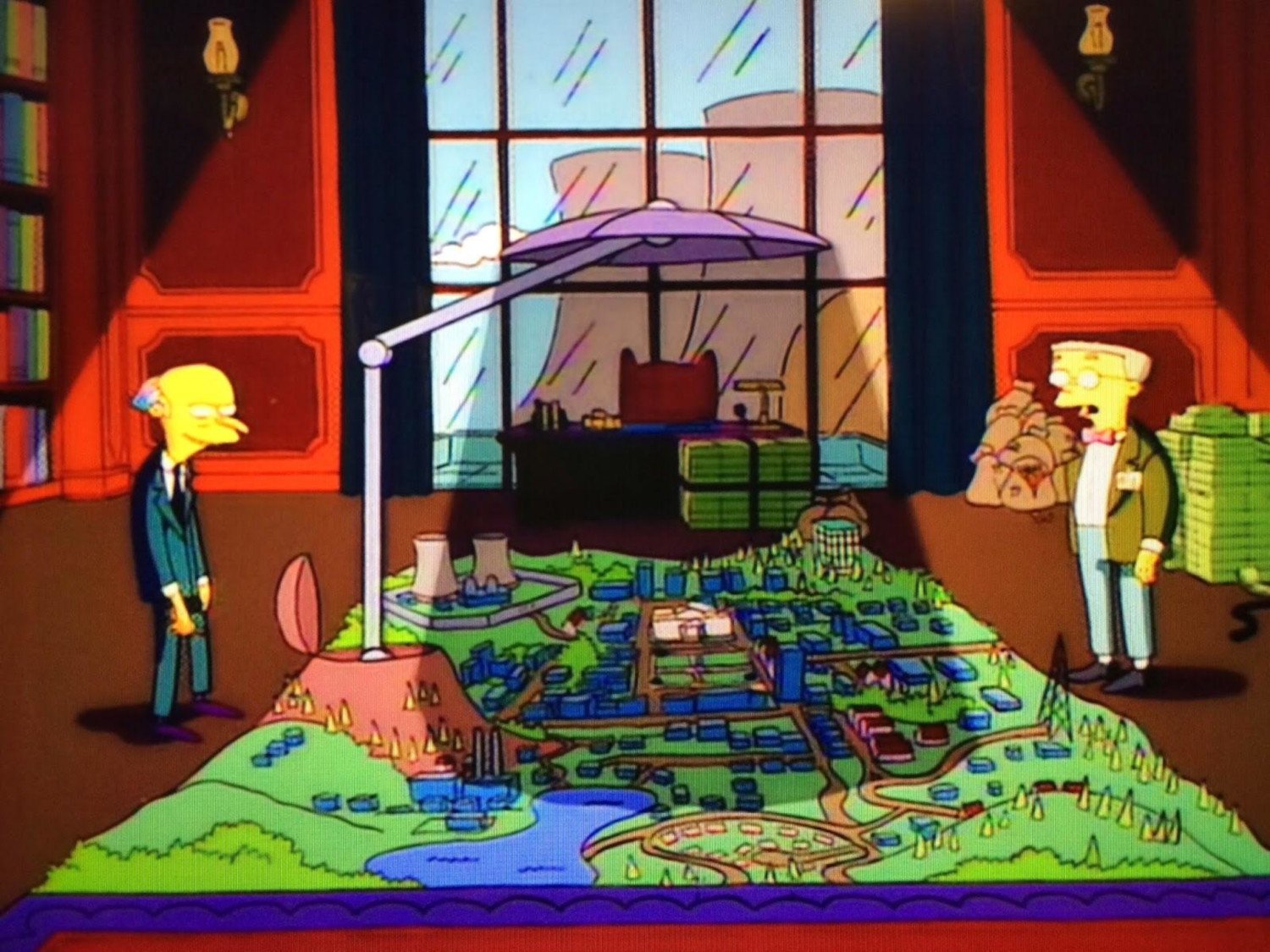 Block Out the Sun

The greedy Mr. Burns once schemed to block the sun in order for citizens to pay for more electricity, predicting the future of paying for stuff that used to be free. This one may be far-fetched, but we’re certain if any evil billionaire were to watch this episode they might give it a try. Elon Musk, please take pity on us.

Fox has recently renewed The Simpsons for two more seasons. This means we’ll be having more psychic visions until 2023 or possibly longer! Let us know in the comments some more bizarre predictions from the Emmy-winning show!