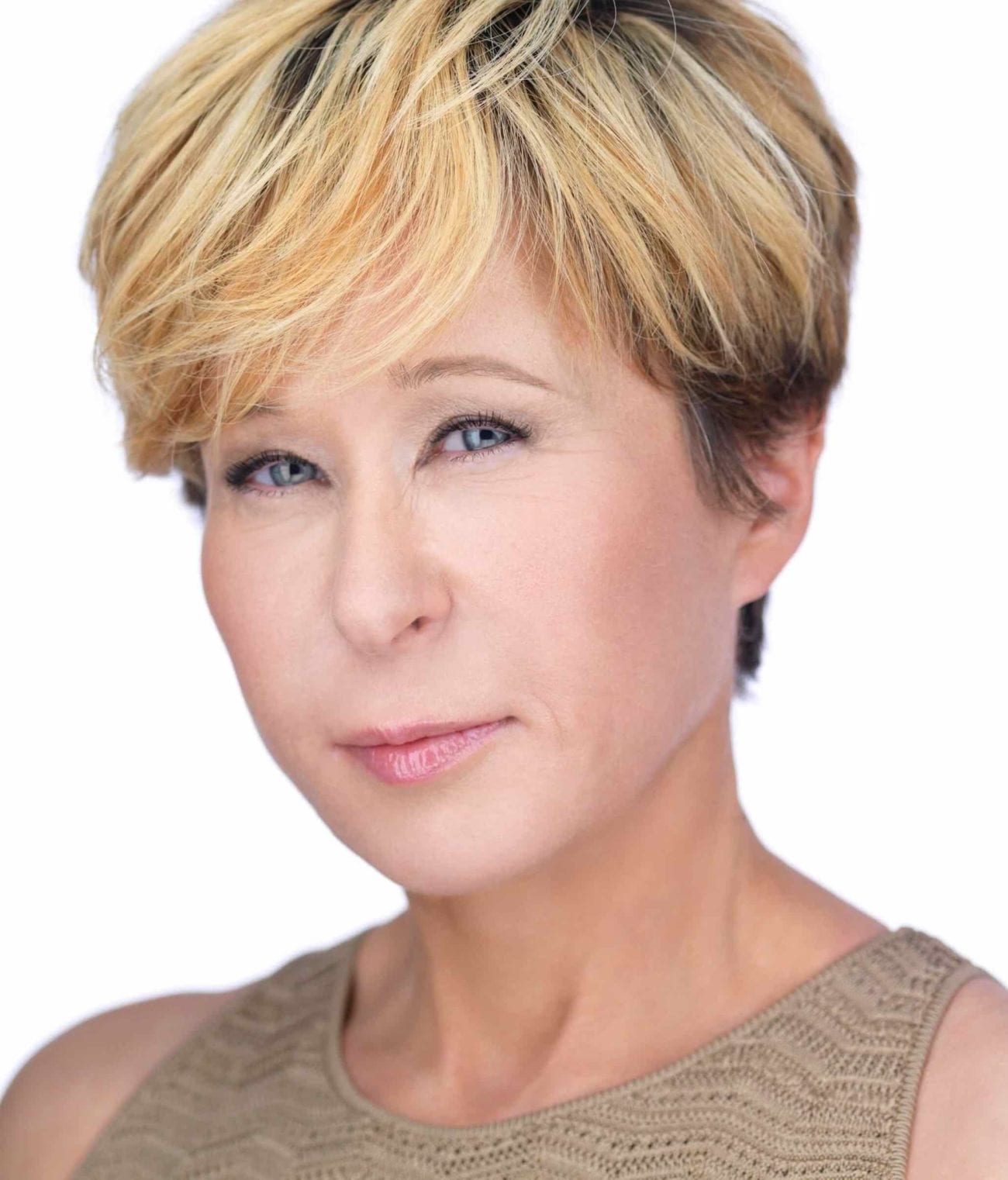 Yeardley Smith on ‘Small Town Dicks’, ‘The Simpsons’, and podcasts

While Yeardley Smith’s biggest claim to fame is undeniably her 30+ years serving as the voice of the iconic animated character Lisa Simpson on Fox’s The Simpsons, we fell madly in love with the star via her podcast, Small Town Dicks.

If you love true crime, and you’ve somehow missed out on Small Town Dicks, it’s time to remedy that immediately. The weekly podcast features Yeardley Smith and her two good friends, Dan and Dave. Dan and Dave happen to be identical twins who are both veteran detectives.

Each week a small-town detective tells the story of a case they cracked, and exactly how it went down. It is a captivating twist on the standard “hosts tell a horrible story” true-crime podcast format. 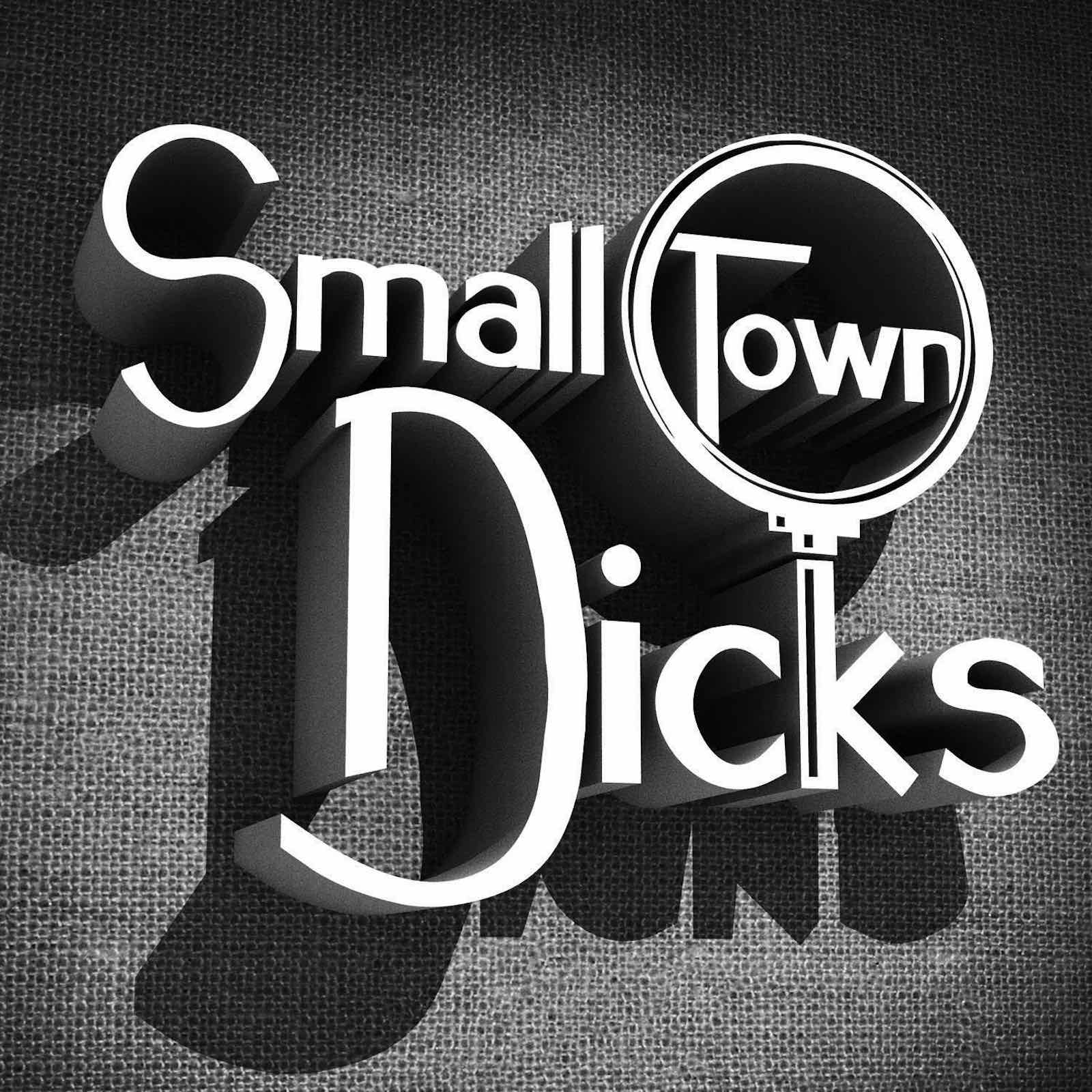 Is it weird to hear Lisa Simpson give us the scoop on a horrific murder? Truly, just for a moment, as the real-life detectives in Small Town Dicks begin to regale us with their tales, anything beyond their stories becomes unimportant.

Yeardley Smith masterfully drives the stories of Small Town Dicks along, asking the perfect questions, clarifying the exact points that were furrowing our brows over, and occasionally providing the perfectly timed “WTF” that we were thinking. 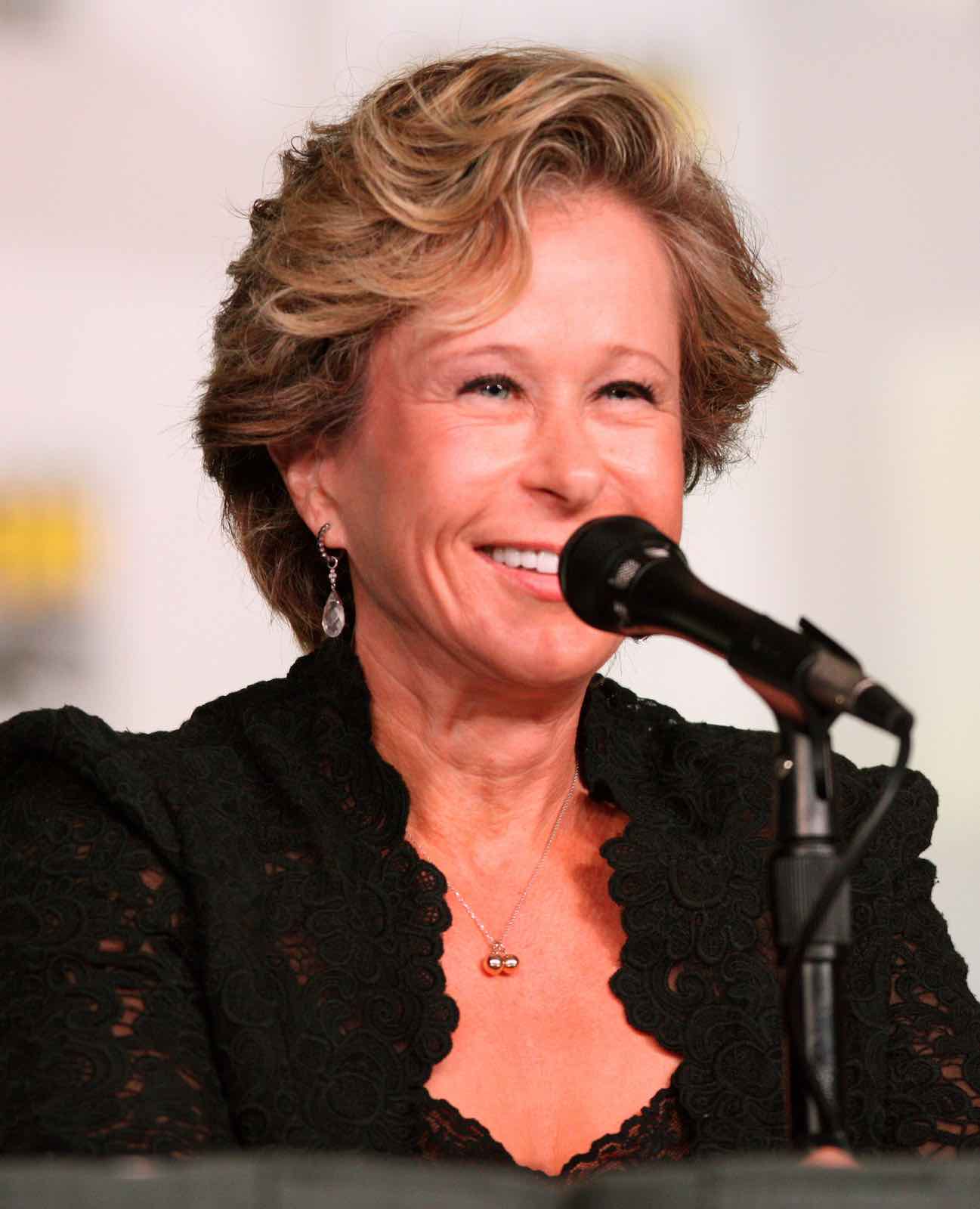 Yeardley Smith’s co-hosts, Dan and Dave retain some anonymity for Small Town Dicks. This veil allows the stories they’re sharing to be told while still protecting the victims. However, their clear empathy as they recount the crime scenes, victims, and criminals they’ve encountered instantly connect them with the audience.

Plus, we totally dig getting the scoop on police codes, evidence collecting, and the differences between an automatic and a semi-automatic gun. 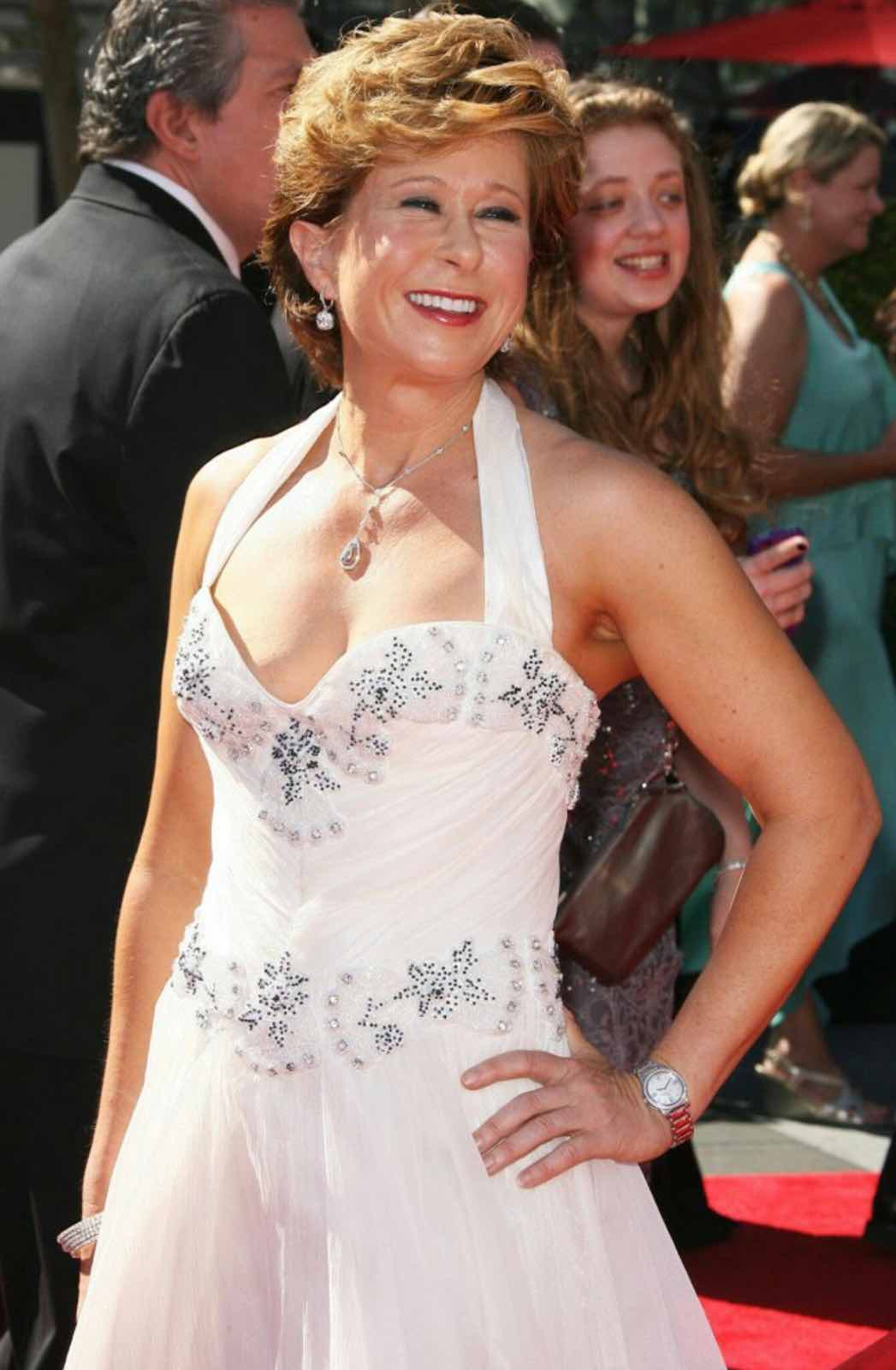 Yeardley Smith is more than just a distinct voice

While Yeardley Smith’s role as Lisa Simpson has provided her with the long term success many artists dream of, it certainly hasn’t slowed down her drive to keep creating. The impressive Small Town Dicks host also owns the entertainment development company, Paperclip, Ltd, which takes on the challenge of fostering new entertainment ventures across mediums.

We were lucky enough to have time with Yeardley where she answered all of our burning questions about the podcasting world, voiceover work, and how in the world she can juggle it all. We found we loved her even more deeply after getting the scoop from this beautifully humble and uplifting star. 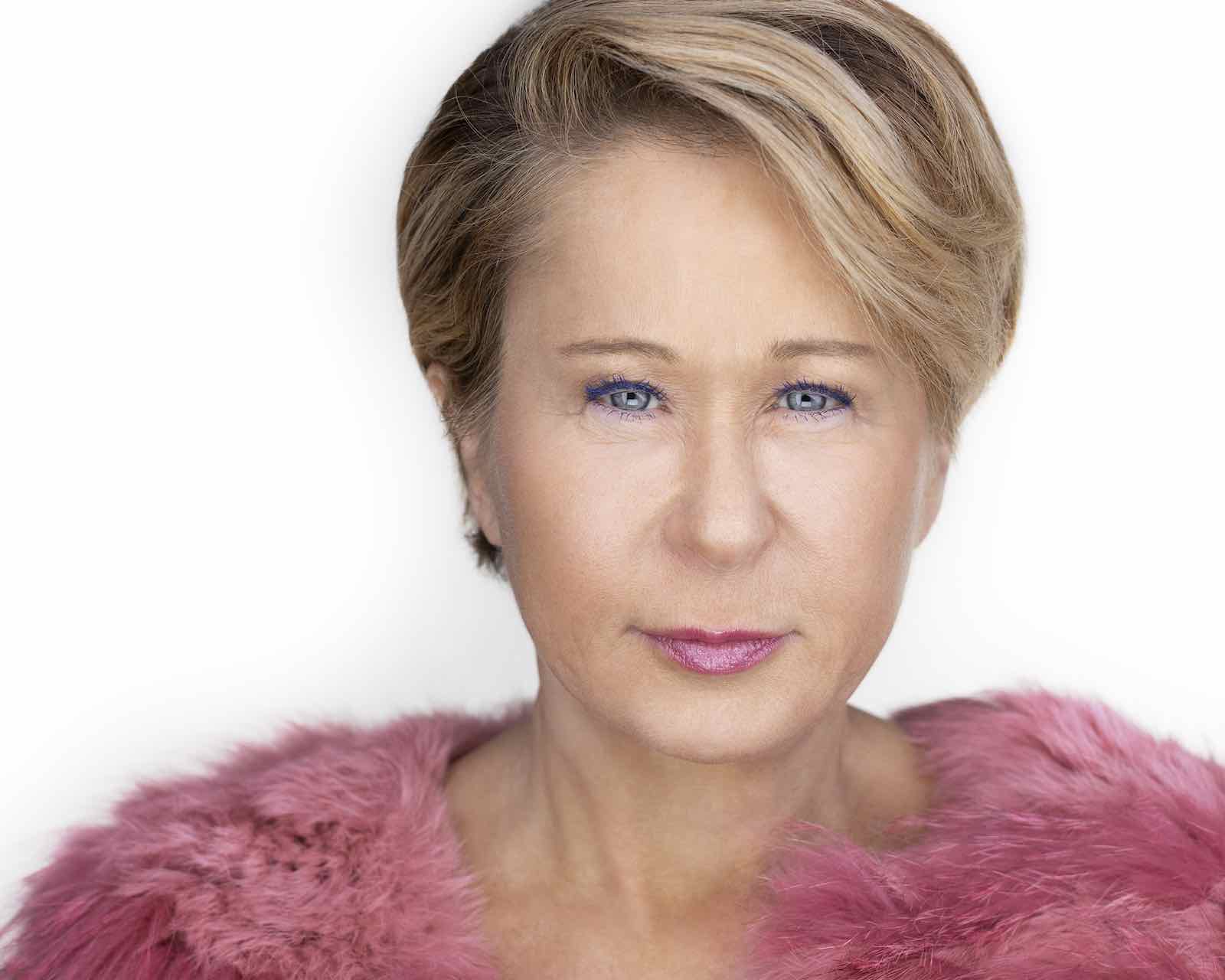 We at Film Daily may be a little obsessed with Small Town Dicks, it’s such a unique take on the true-crime genre. How did you meet Dave and Dan?

I was the guest of honor at a Simpsons event in Dan’s small town in 2014 and Dan was my security detail from the local PD. He had an understated confidence about him that I found so intriguing. We hit it off and started dating.

Now, 6 years later, we’re engaged. Woohoo! Dave has the same understated confidence that Dan has. I love them both to pieces. They’re both exceptional human beings.

Small Town Dicks covers a little bit of everything, from an accidental death stemming from trapping feral hogs, to a murder connected to online gaming, is there a case that stands out to you?

So many of our cases stand out to me! Our first case “Don’t Go!” was memorable because it was our first. Then we got word that the victim’s mother wanted to be a part of the episode, too. Her side of the story is as raw as storytelling gets.

Dan did a case called “Evidence Breaks the Case” and that’s one of the best examples of good old-fashioned detective work you’ll ever hear.

There’s also an episode called “Girl For Rent” where the detective who’s investigating just gets this gut feeling that something isn’t right, and that hunch saves a little girl’s life.

We have a four-part series in Season 1 called “The Sociopath and the Whistleblower,” which goes into the investigation of a bad cop. And how, despite this bad cop’s conviction, the ripple effect was devastating and everyone involved suffered some huge loss. 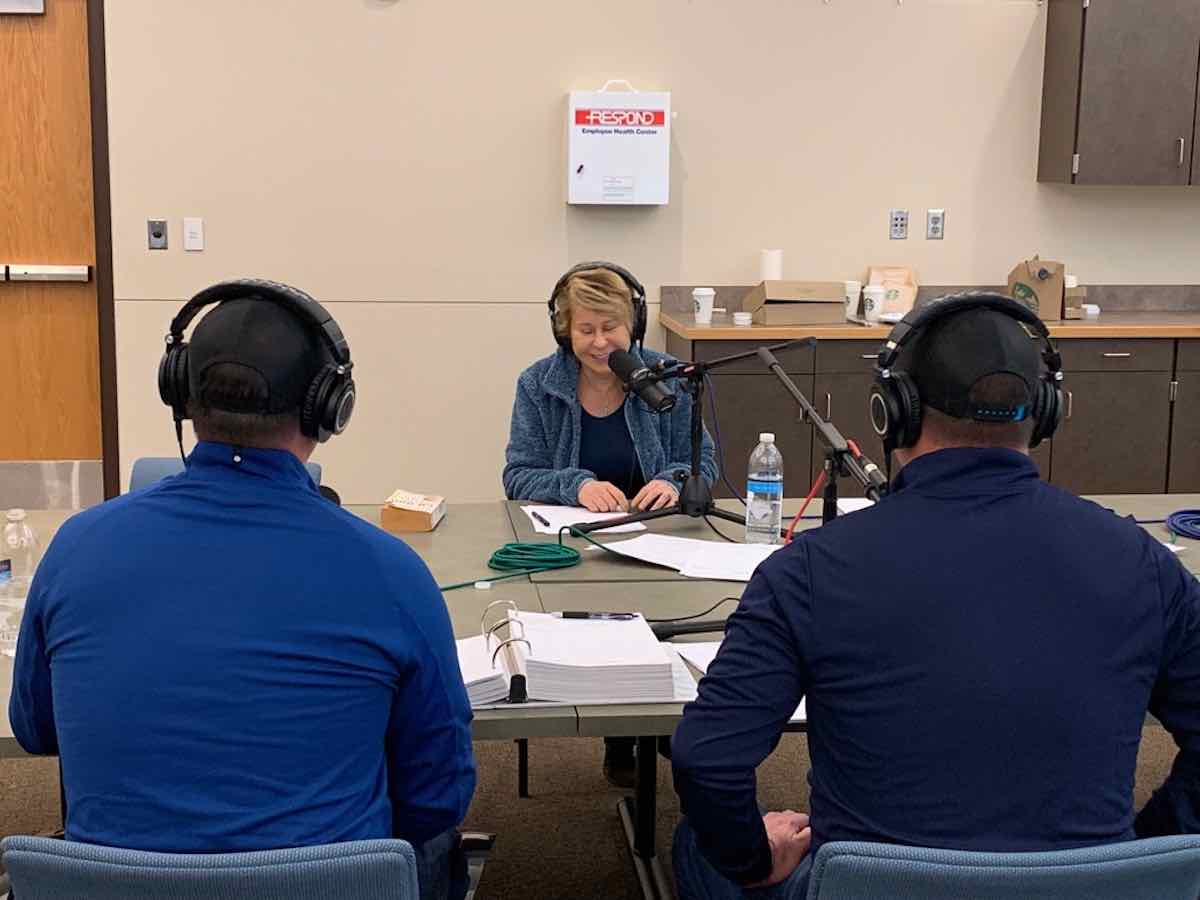 While the detectives from Small Town Dicks are the ones relaying the story, you always tend to say the exact thing the audience is thinking. How much of the story do you know prior to recording?

None. I hear the story for the first time when I sit down across the table from the detectives as though I’m you, the audience. All my questions are in-the-moment.

Well, it’s ruined me for scripted true-crime shows like Law & Order now! LOL. I used to watch those shows all the time. But now I don’t dislike them, they’re just not real enough for me.

The other thing being part of this podcast has made me realize is how perfectly the dominoes need to line up in order for justice to be served. 99% of time, law enforcement personnel are held to a higher standard because they have the ability to take people’s freedom away.

Not one detective we’ve interviewed takes that lightly. So, all your evidence has to be in order. And even then, the DA might not file! I can’t imagine how frustrating that would be. 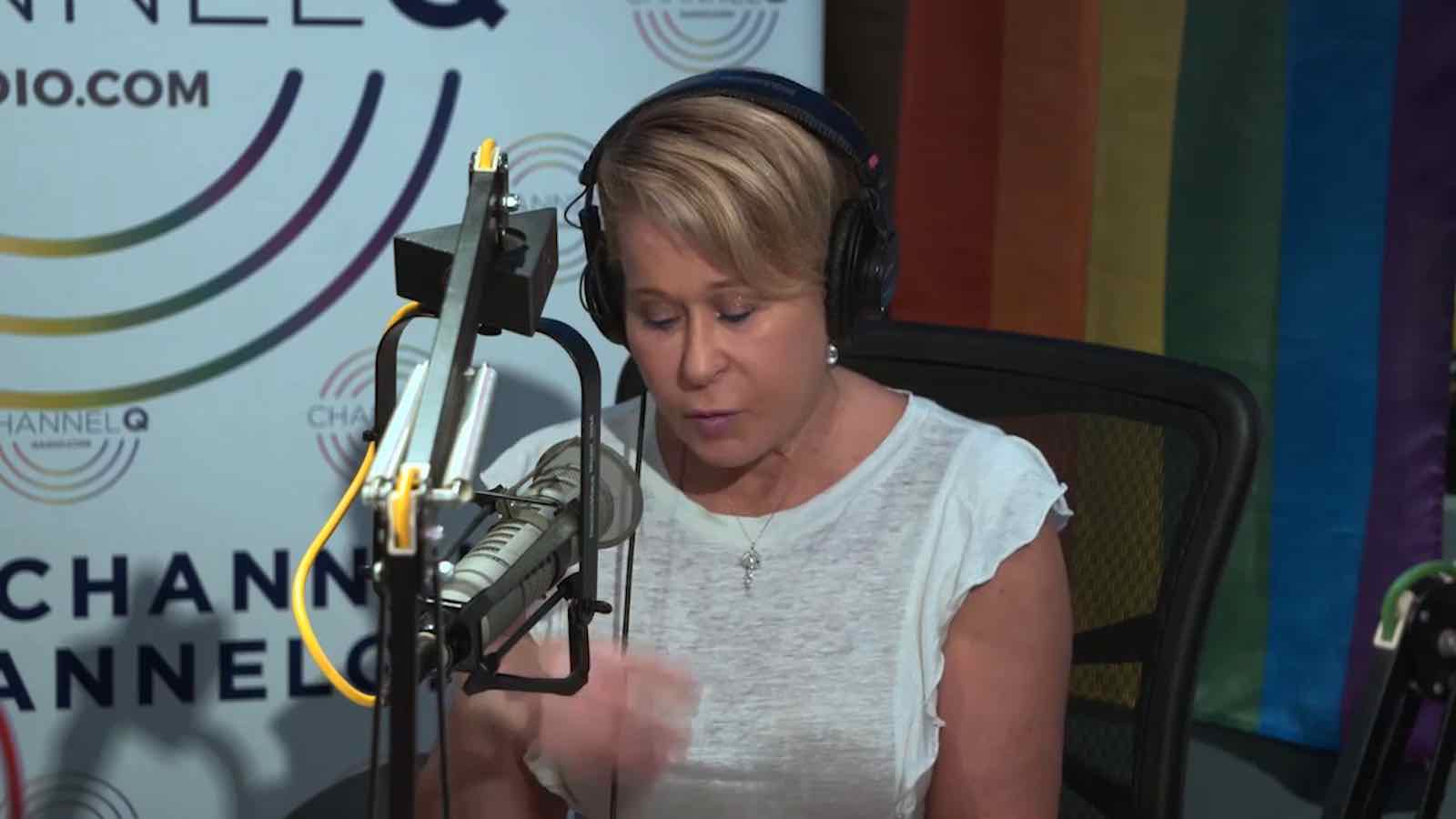 Do you listen to other true crime podcasts? If so, which are your favorites?

Yes, I love true crime. Some of my favorites (in no particular order are): Bear Brook,  The Murder Squad, Root of Evil, Bardstown, Casefile, and Break in the Case.

Truly, it seems like you’ve done everything. You’ve written a book, I Lorelei, you’ve developed a shoe line, you own an entertainment development company, Paperclip, Ltd., and you’ve created your own one-woman show, More. All of that is on top of The Simpsons and Small Town Dicks. How do you keep all of these projects running successfully?

HA! Well, they haven’t all been a success in the traditional sense of the word. My novel, I, Lorelei was a critical success, but a commercial failure as far as the publisher, Harper Collins, was concerned.

MORE, my one-woman show Off-Broadway got a glowing review from The New York Times but by the time it came out it was too late and we had already given our closing notice.

And my shoe line made money but it never made a profit. Still… I would consider all of these ventures successful from a “life/pursuit” point of view because I learned heaps with each project; both about myself, as well as the thing I was pursuing. Also, I had fun, which is the point, isn’t it? 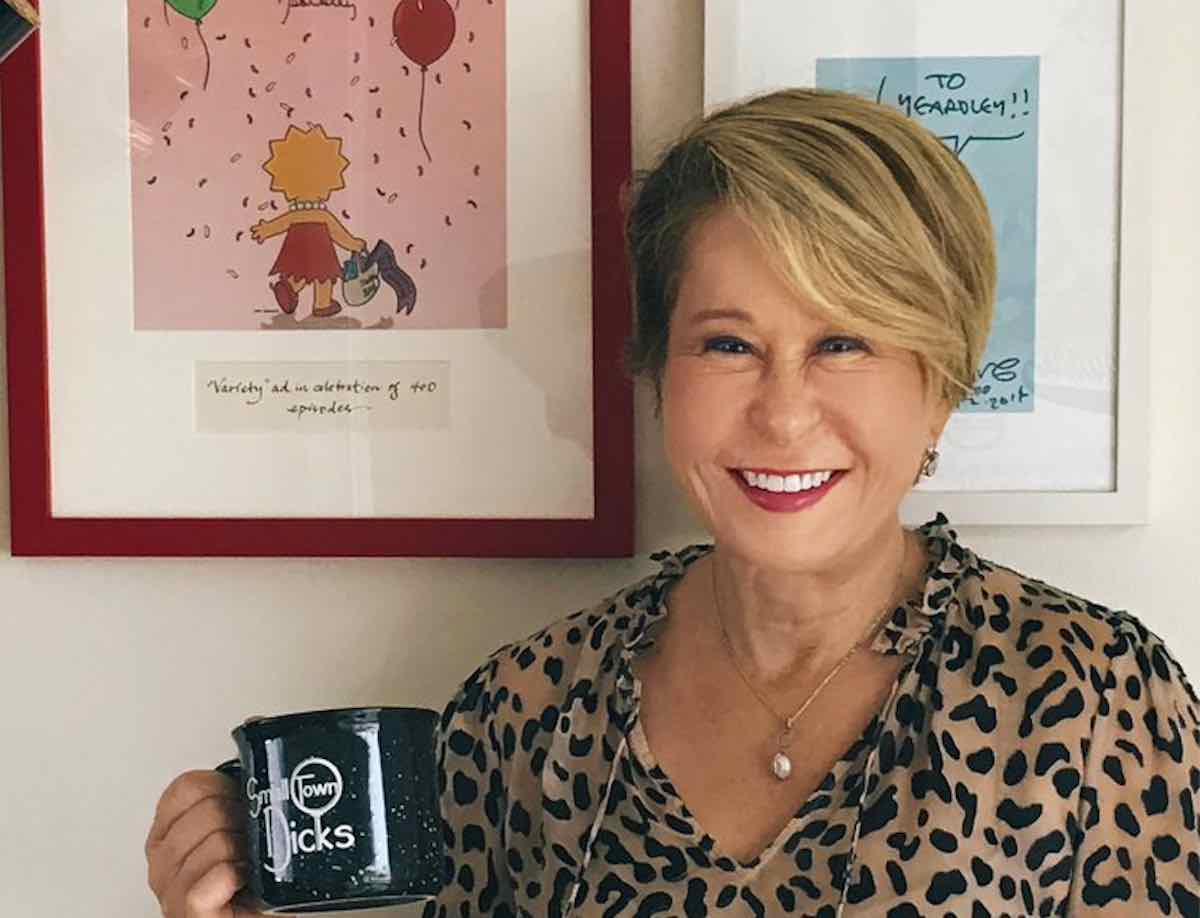 What new projects are you the most excited about?

At Paperclip we have a couple of animated shows starring different kinds of animals that are fantastic. Both are funny, clever, and brilliantly rendered. We have a film that we wrapped last year called Gossamer Folds starring transgender actress, Alexandra Grey, and child superstar, Jackson Robert Scott. That’s a wonderful story about two neighbors who form an odd-ball friendship over their shared misfit-ness.

We just produced an independent film in Portland, OR, which begs the question: should a person be judged on their character as a whole, or on the basis of one bad decision from their past? And we just announced that Henry Alberto, the astute, incisive, wonderfully witty writer will adapt the YA novel Gracefully Grayson for film.

Basically, as Ben Cornwell, my partner, likes to say, we’re genre-agnostic at Paperclip. So, there’s a lot of variety on the board in the office because we develop what we like. It is unquestionably a luxury to be able to work this way, and the best way to spend the day. 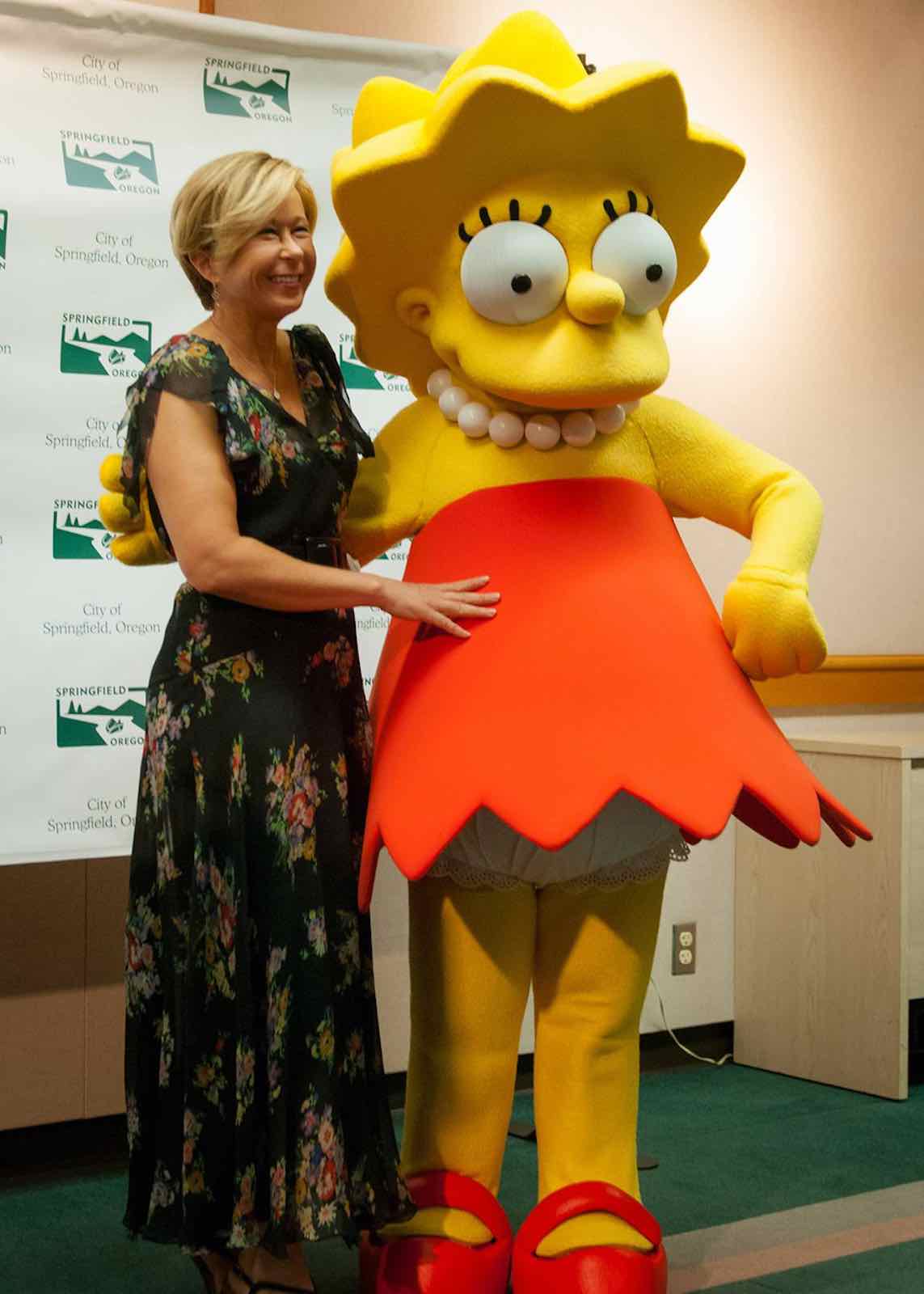 You took on the role of Lisa Simpson without any formal voiceover training, do you have any advice for those hoping to do voiceover work?

Ugh. Not really. I got the role of Lisa Simpson because a year before they started casting The Simpsons on The Tracey Ullman Show, the casting director had seen me in a tiny play in Hollywood and remembered me.

I guess, the best advice I can give is to do what I didn’t do: learn as many techniques as you can; have a good demo tape of all the different voices you can do, and get a VO agent. 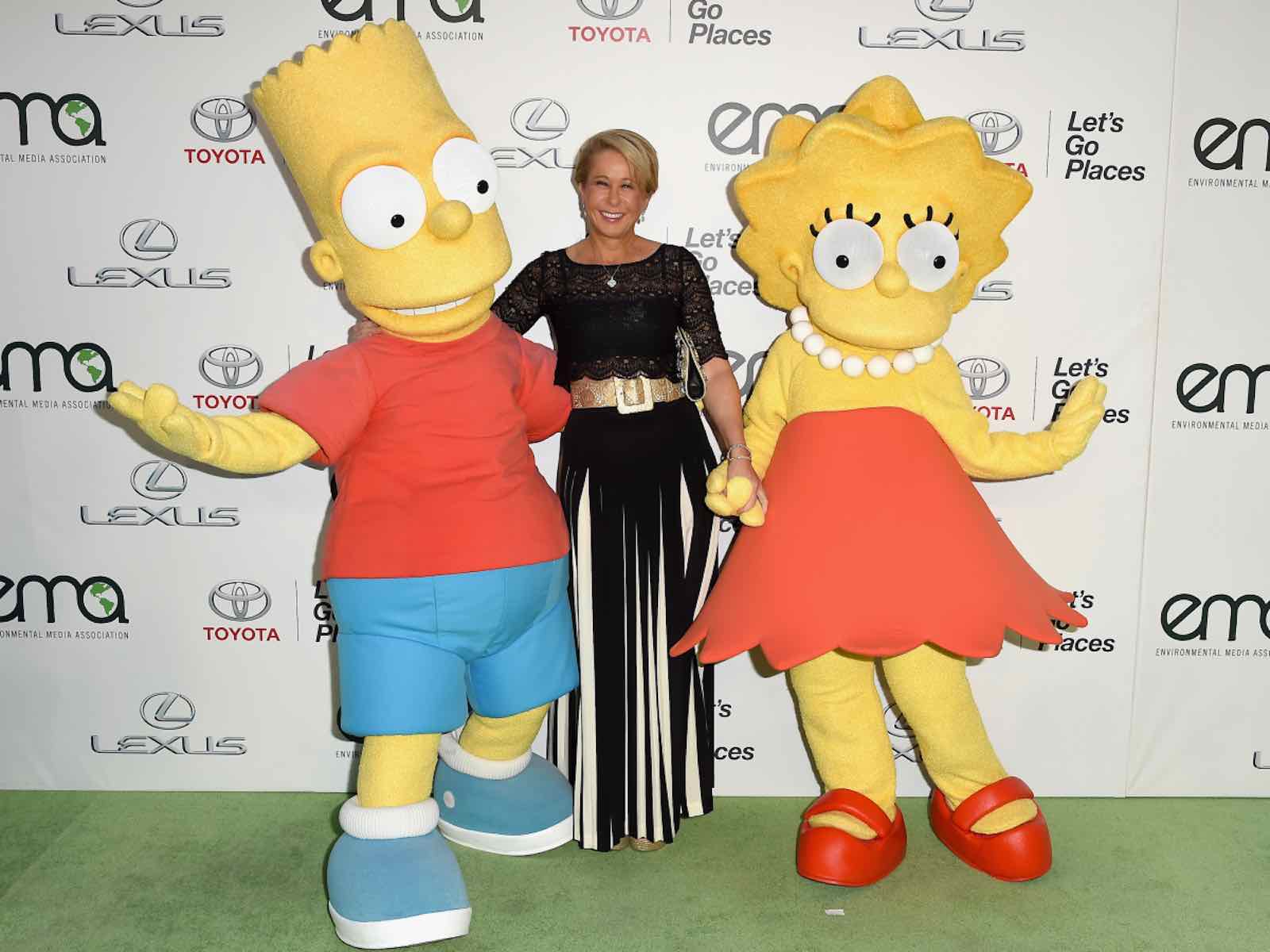 Can you talk us through the process of voicing an animated character? Do you ever get the chance to work with your co-stars?

The process from start to finish looks like this: The writers write the episode, we do one read-through for them where the cast is all together, so the writers can hear it out loud. About 60 guests (friends of the cast and writers and producers) get to come to that read through and — hopefully— laugh.

Based on how that read-through went, the writers do a re-write and then we record the episode 10 days later. The editors cut together the best takes of that recording session, and send those off to the animators who get to work drawing the show. It takes 8-9 months to animate one episode of The Simpsons. (!!)

When we record the episodes, we record all together like an old radio play. I stand at my mic between Dan Castellaneta (Homer, Grandpa, Barney, Groundskeeper Willie, etc.) and Nancy Cartwright (Bart, Nelson, Ralph Wiggum, Todd Flanders, etc.) in our recording studio on the 20th Century Fox lot.

Watching those two switch between the many voices they each do, without even pausing to take a breath, never gets old. I could watch them all day for another 32 seasons! 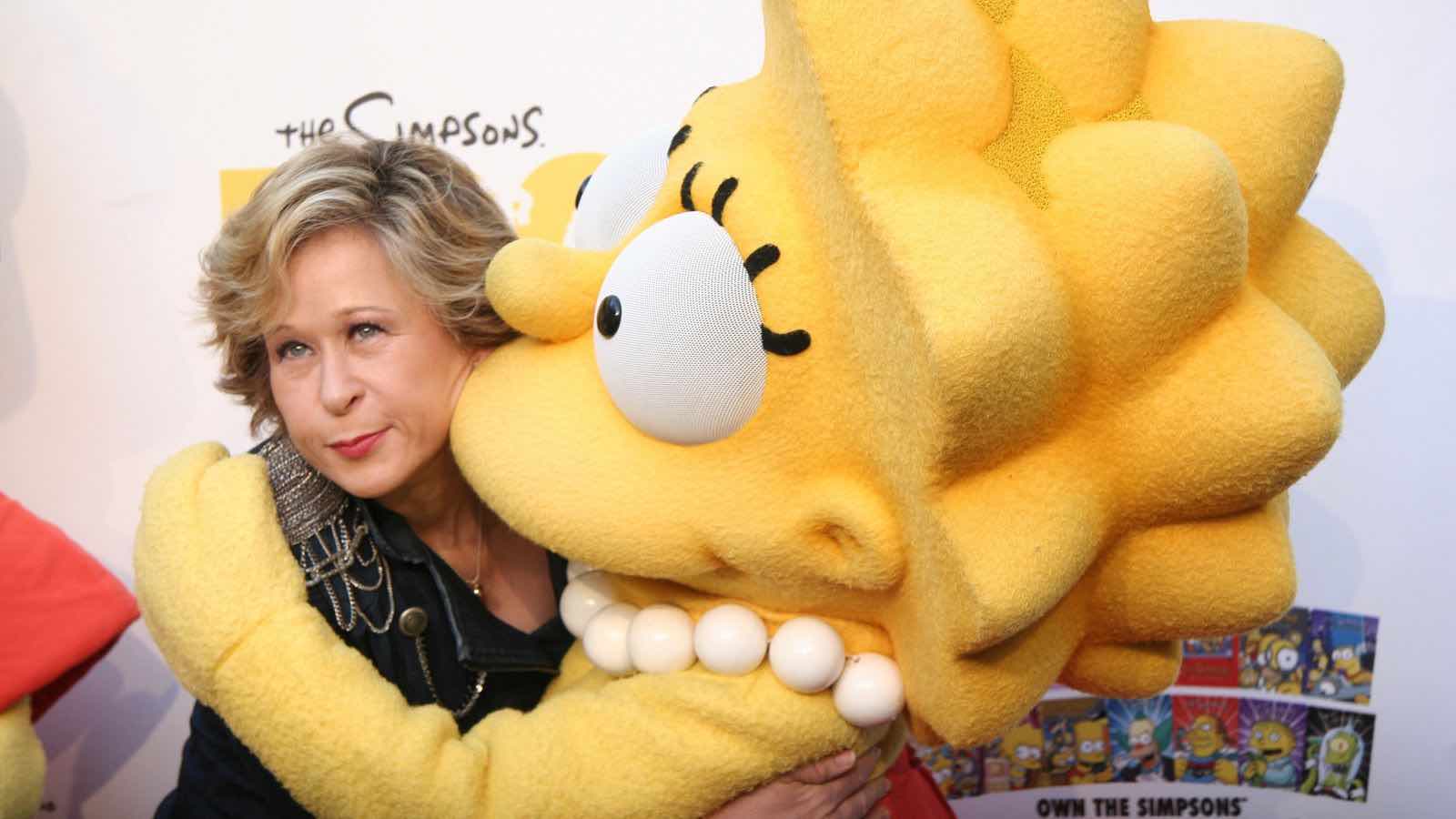 You’ve described your role as Lisa being similar to having a best friend of 30 years, do you feel that her character has influenced your personality in any way?

I don’t think you can play a character for as long as I’ve played Lisa and not have some of that character rub off on you, and vice-versa. That said, Lisa is all the best parts of who I would like to be. So, I’ll be happy if more of her has rubbed off on me, than the other way around!