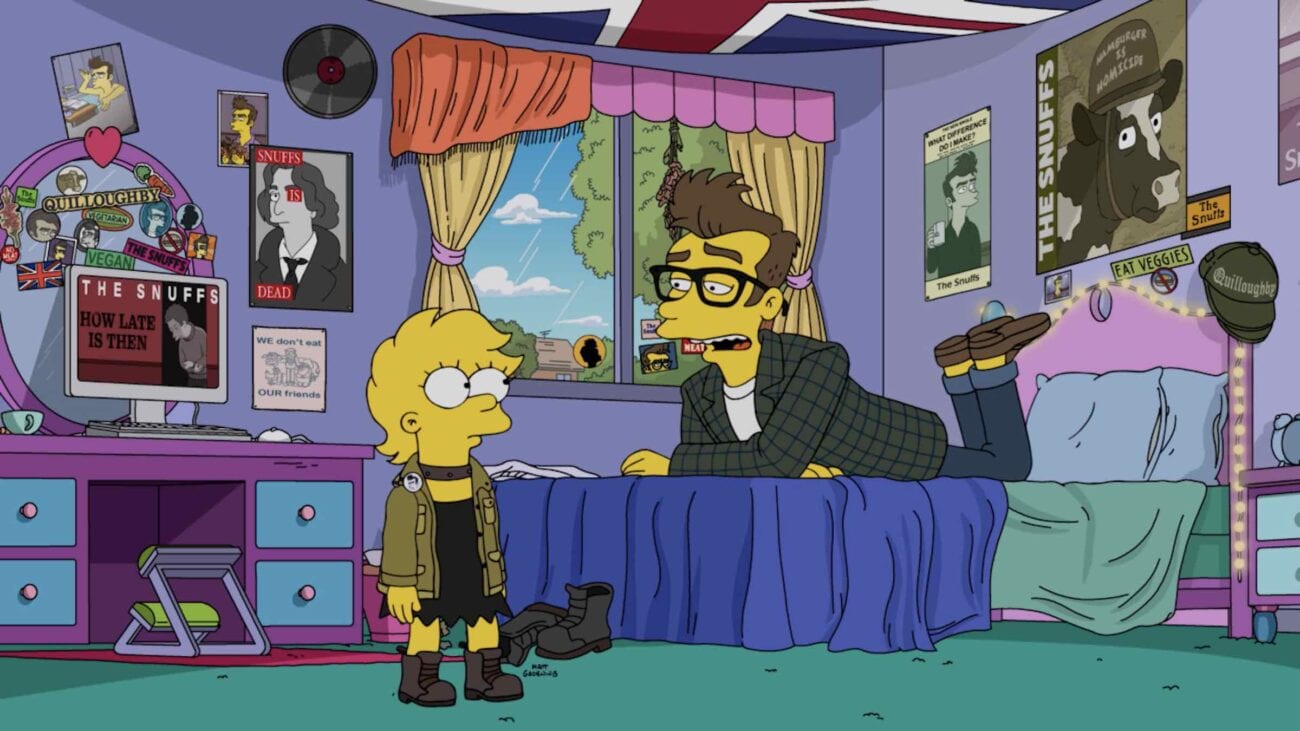 ‘The Simpsons’ will bring young and old Morrissey together: See for yourself

For years, The Simpsons has been up there when it comes to shows whose plot revolves around parody and satirizing the world around us. It was doing it before shows like ‘South Park’ were a gleam in their creator’s eye.

However, the show has been in steady decline recently, showing how it may be starting to show its age by choosing English singer-songwriter Morrissey as its latest subject for an episode, showcasing the singer as an overweight, racist meat lover.

Though the depiction held. . . some accuracy, Morrissey was about as unhappy as his younger self in the episode about the adaptation. Naturally, the discourse exploded on Twitter, with memes & arguments popping up between old fans of the show and young viewers when it came to Morrissey.

As always, we danced through the fray to find the best reactions to both the depictions of young and old Morrissey that’ll have you on the floor. Grab your guitars and everyone, young & old, come down to laugh at the reactions to Morrissey on ‘The Simpsons’.

picking a side between Morrissey and season 32 of The Simpsons pic.twitter.com/shEqRx1eEt

How could they think such a thing?
Morrissey isn't overweight. pic.twitter.com/rzs0hf4nD7

if you've followed Morrissey's career you would have already known that he already hates the Simpsons pic.twitter.com/HbztRey7dX

i do think they perfectly captured how johnny marr would feel about playing another show with morrissey pic.twitter.com/bfZfpb36vy

Yeah, Johnny Marr’s face is a mood. Someone better get on making that a meme. . .

Looks like the fans have arrived. We’d run if we were you.

As an aside, the idea of Morrissey critiquing any long-running thing that used to be beloved and is now embarrassing cringe is showing a startling lack of self-awareness, even by Morrissey standards. https://t.co/d7g8HLux3g

We don’t think he realizes that he’s the pot and ‘The Simpsons’ is the kettle in this situation.

there is definitely some humour in the idea of 80s morrissey being forced to face what he has become pic.twitter.com/12dhMBPpHq

Yeah, young Morrissey here got quite the wake up call.

If you think the people that work at The Simpsons are anything other than ecstatic at Morrissey complaining publicly about last night's episode, I have a monorail to sell you.

They’re probably rocking out to a Smith’s song and laughing at the irony, too.

So, are Piers Morgan , Andrew Sullivan , and Morrissey basically the same person?

Asking for a friend….

Yikes, that is too true. The UK is not having a good time right now. . .

They were even nicer to Rush Limbaugh. That says something.

Have any other hilarious reactions to the Morrissey parody, both young and old, on The Simpsons? Drop it below in the comments so we can keep on rocking!