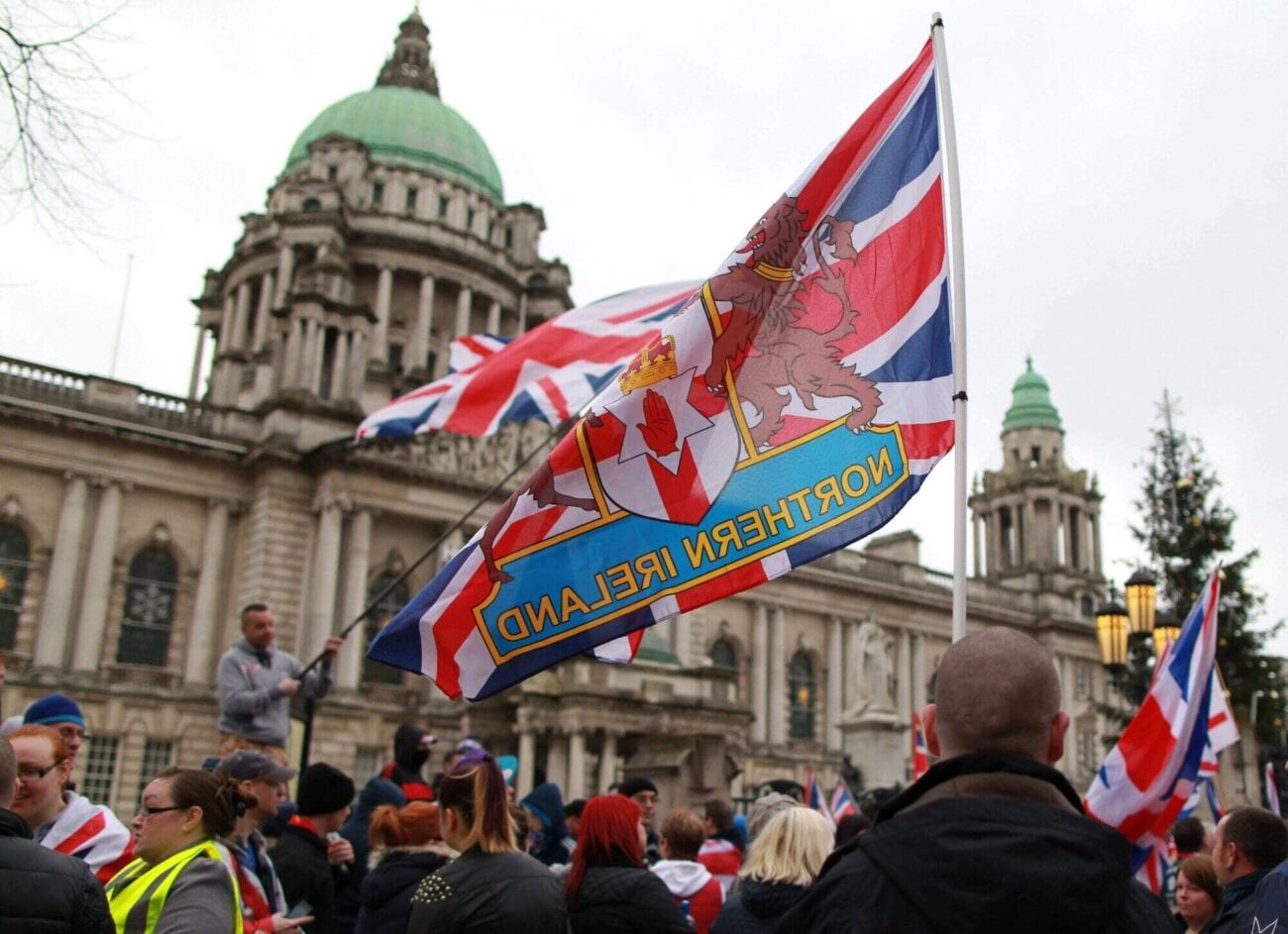 Northern Ireland: Why is this loyalist group igniting violent protests?

Yesterday in Northern Ireland, there was reportedly an alarming & “fresh” attack in the Belfast area where a group of people set a bus a light in protest during the “week to mark the signing of the Good Friday Agreement”.

Not only are these protestors angry about the agreement, but Irish News reported that approximately forty-one police officers have been injured over the last few nights & days of the on-going violence that has occurred. 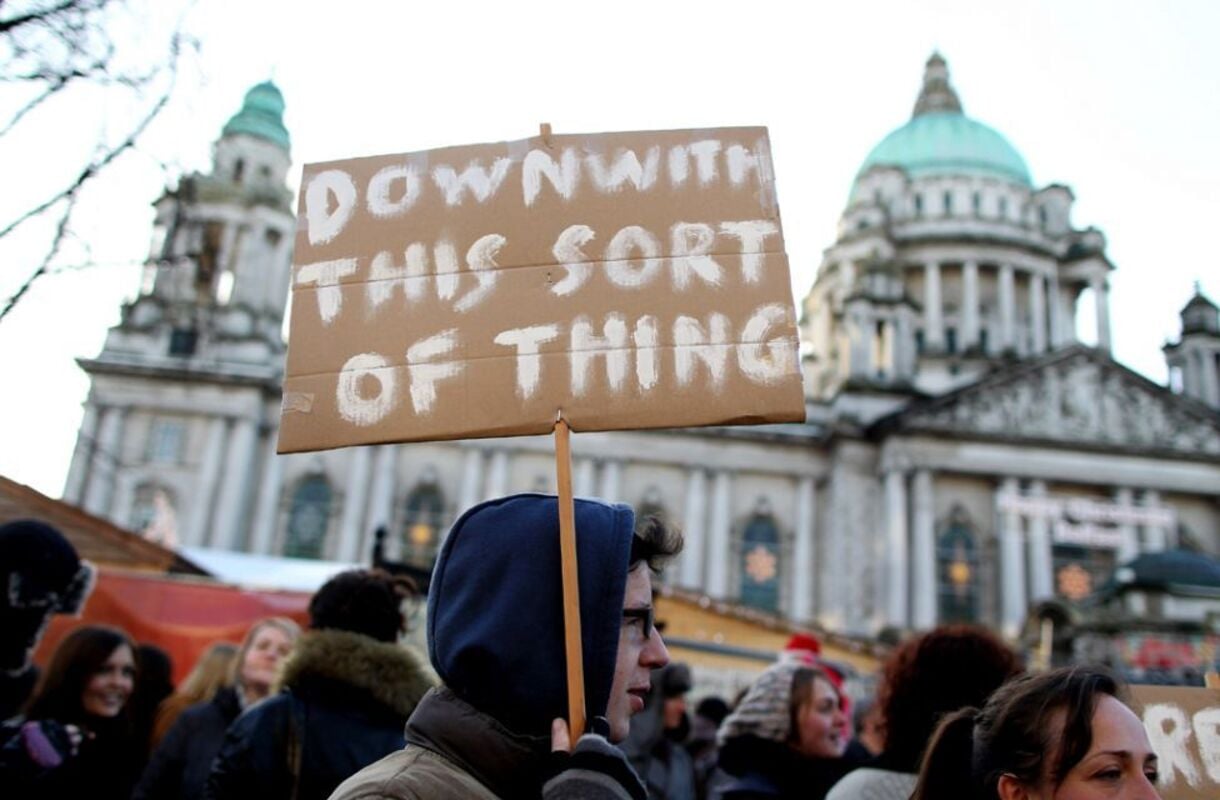 According to Irish News, “the rising tension in unionist areas has been linked to unease over the Northern Ireland Protocol, which created the Irish Sea border” alongside the government’s decision “not to prosecute twenty-four Sinn Féin members” who were caught at the funeral of republican Bobby Story in 2020.

Since then, more protests have been announced on social media and police have stated that they’re well aware of the events that are coming their way, as East Antrim Alliance MLA Stewart Dickson stated: “the number one priority is community safety.” 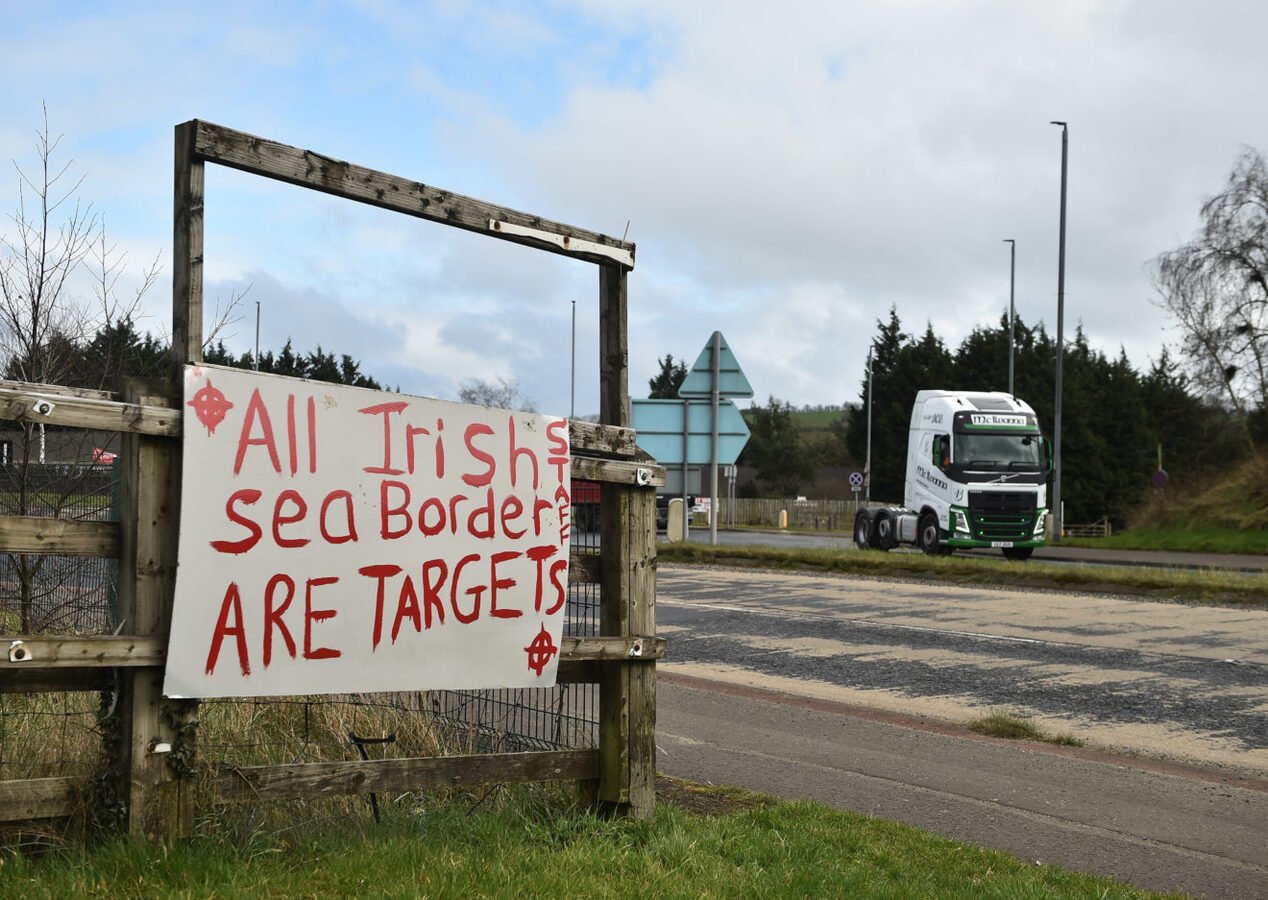 Stewart Dickson continued: “Community safety for COVID, community safety from the potential for these events to turn violent. My plea is that while there is a very limited right to make your views known in public at the moment, personally I think it’s very foolish thing to do and there are better ways to do it.”

On the other hand Dickson firmly stated that those involved in these violent events “need to be especially careful due to the parading legislation in Northern Ireland”, as many know that having a criminal record “is no joke”. 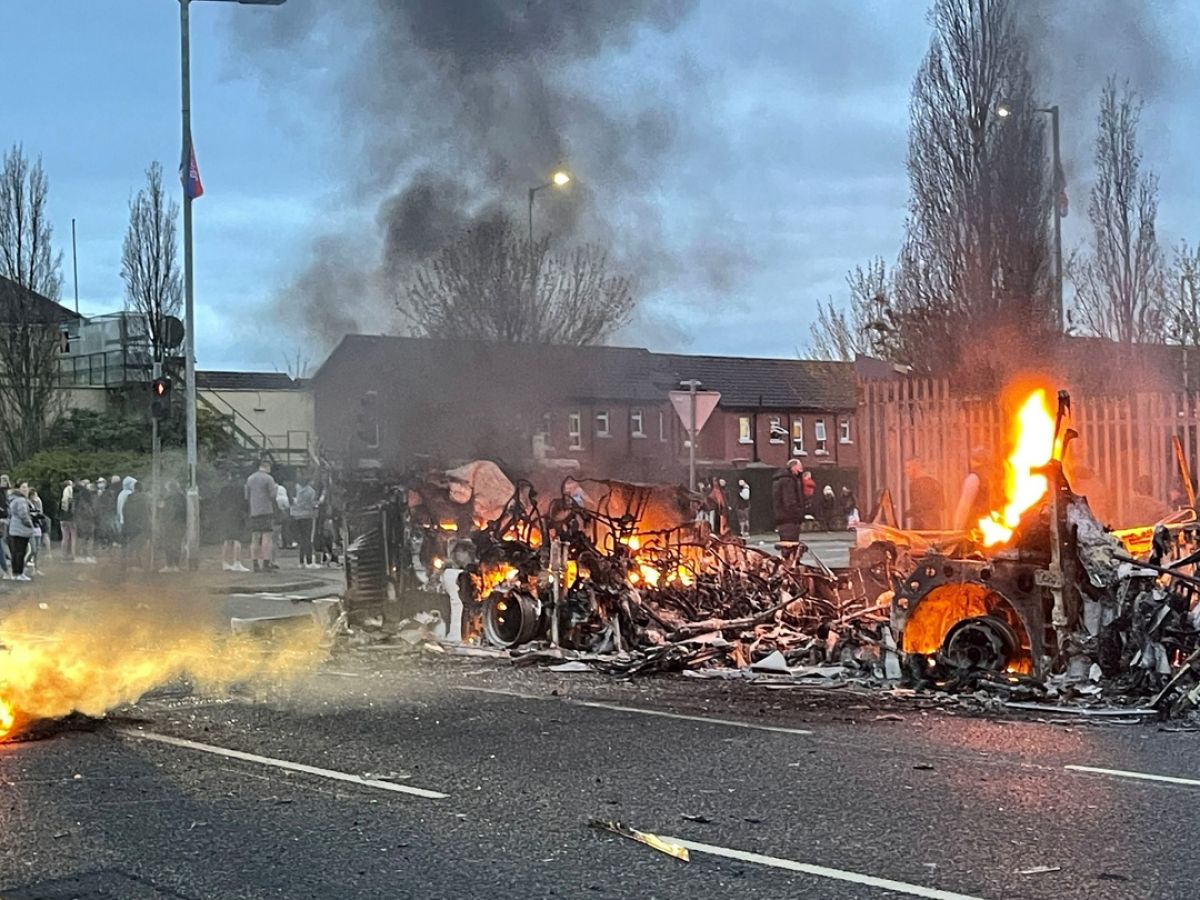 RTE reported that a group of police officers were under attack when a number of “loyalist youths” were spotted in the Shankill Road area of Belfast when they decided to bomb a double-decker bus that quickly went up in flames.

While they were hijacking the bus, some members of the group also reportedly “threw a variety of objects” at the PSNI (Police Service of Northern Ireland) cars. And when they thought everything was over, a photographer from Belfast Telegraph newspaper (doing his job) was “assaulted” and his camera quickly broke. 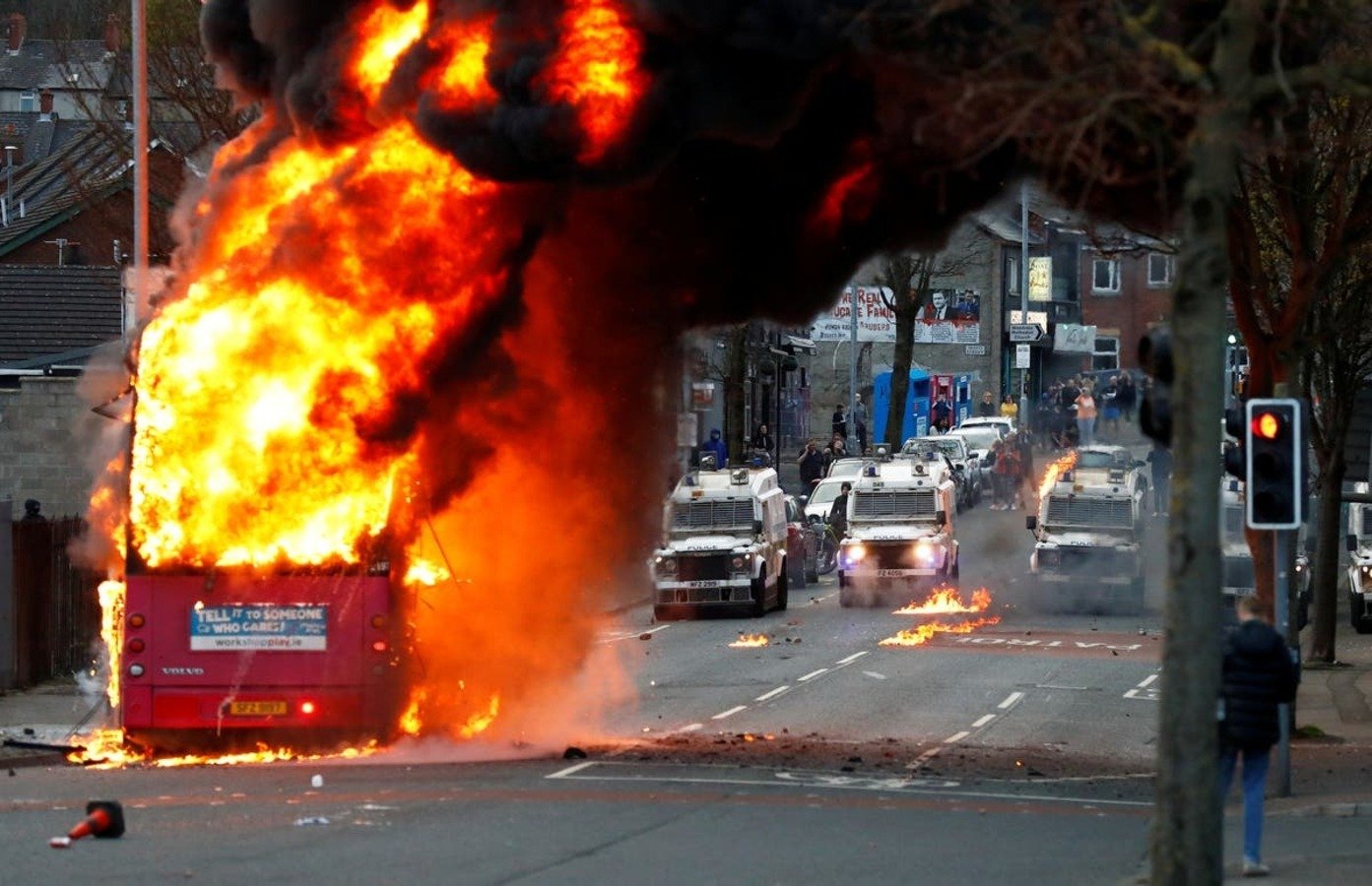 The MP of SDLP (Social Democratic and Labour Party) Claire Hanna stood up against the protests on Twitter: “We’re told the apologists that these protests & riots are borne of frustration about not being listened to, but an excellent photo journalist is attacked by trying to capture the story.”

Now as far as news publications know, the loyalist group are allegedly planning for more protests like at the Belfast City Hall this Saturday, and many other locations around Northern Ireland like Lisburn & Carrickfergus.

The PSNI chief constable Simon Byrne expressed his concern about the protest rumors and tweeted: “The ongoing street disorder must stop. I am open to dialogue with anyone who is willing to work with me to resolve the issues facing our community . . .” 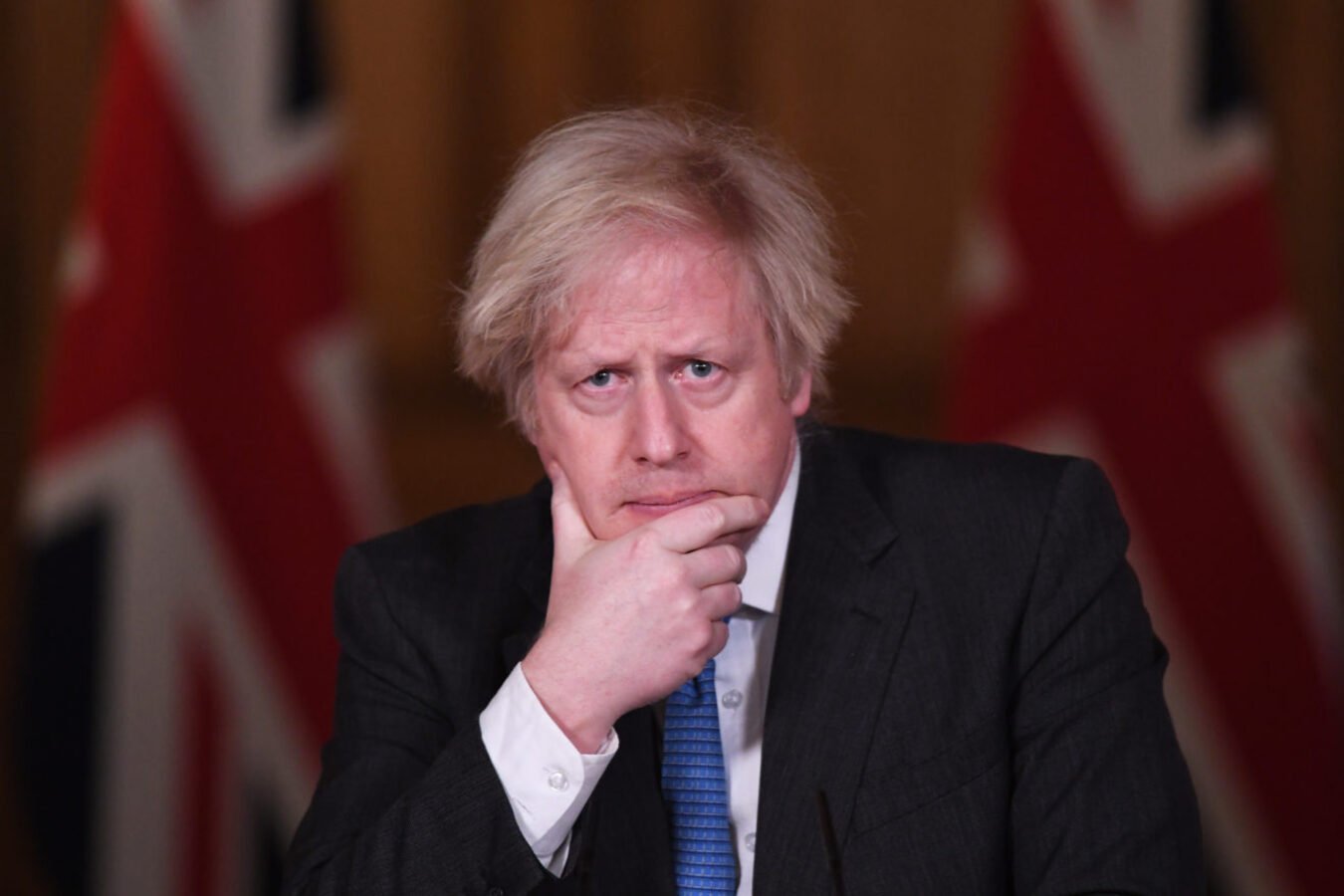 Since the violent protest in Belfast, RTE announced that The Stormont Assembly will be used to address all the recent attacks on police officers and the innocent bystanders. In fact, DUP leader Arlene Foster isn’t impressed with the Sinn Féin group and tweeted: “These actions do not represent unionism or loyalism. They are an embarrassment to Northern Ireland.”

It looks like the UK Prime Minister also has quite a bit to say on the matter, Boris Johnson tweeted: “I am deeply concerned by the scenes of violence in Northern Ireland, especially attacks on PSNI who are protecting the public and business, attacks on a bus driver and the assault of a journalist. The way to resolve differences is through dialogue, not violence or criminality.”

What do you think about the “loyalist group” in Northern Ireland? Let us know in the comments below.