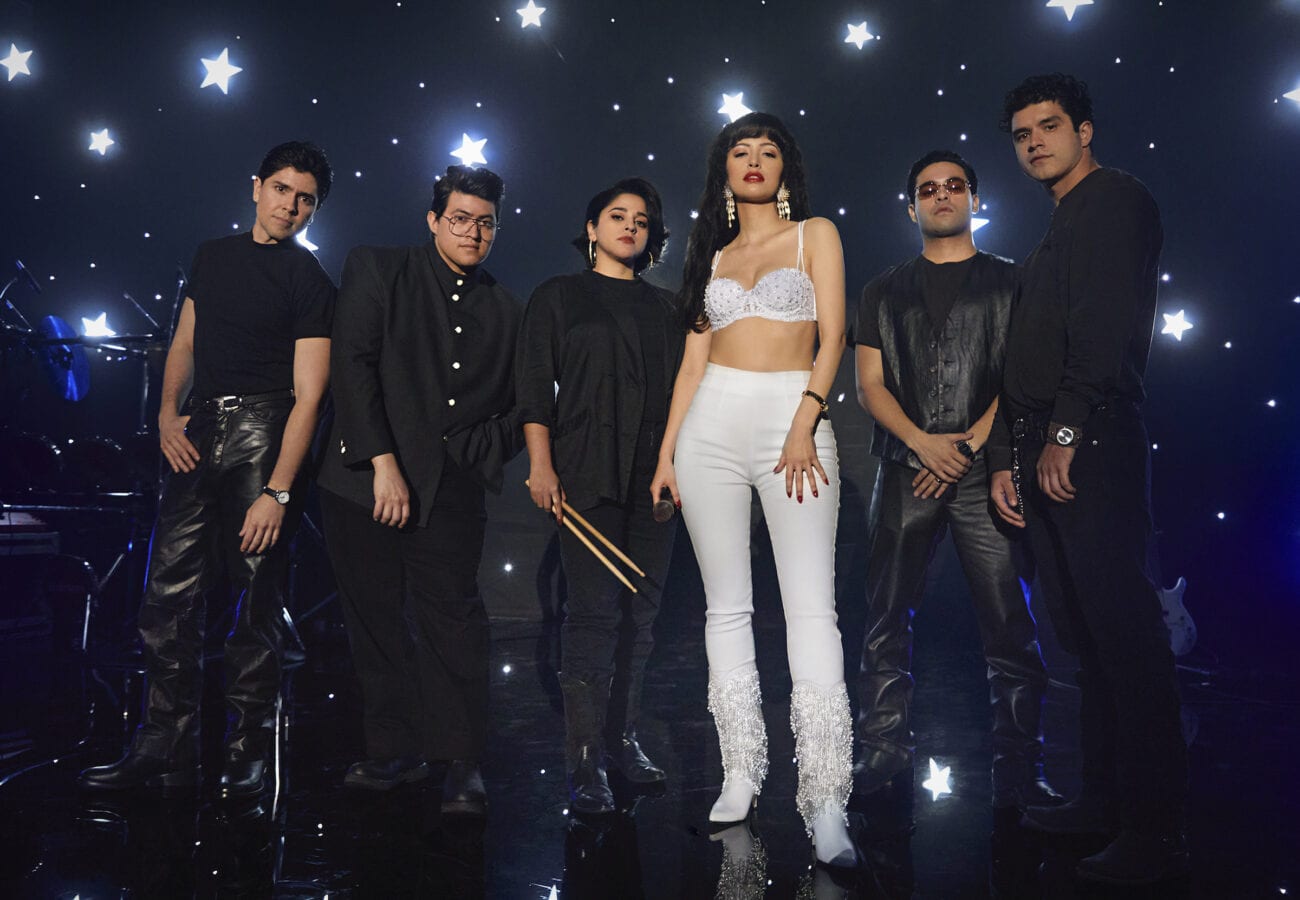 Netflix’s ‘Selena: The Series’: What does her *real* family think?

The Netflix series Selena: The Series, which dropped on December 4, is trending at number one in the United States today. The show features nine episodes and follows the life and career of Latin singer, Selena. The singer tragically & violently passed away in 1995 but her legacy remains strong and vibrant to this day. The Netflix series is a testament to that.

Movies & television shows that depict the life of deceased famous stars, like this one, often go ahead without the approval of the loved ones that remain behind. As rumblings of this production began circulating, many speculated on whether or not the family members of Selena would approve of its inception. Well, as it turns out, the Quintanilla family actually contributed to its creation. 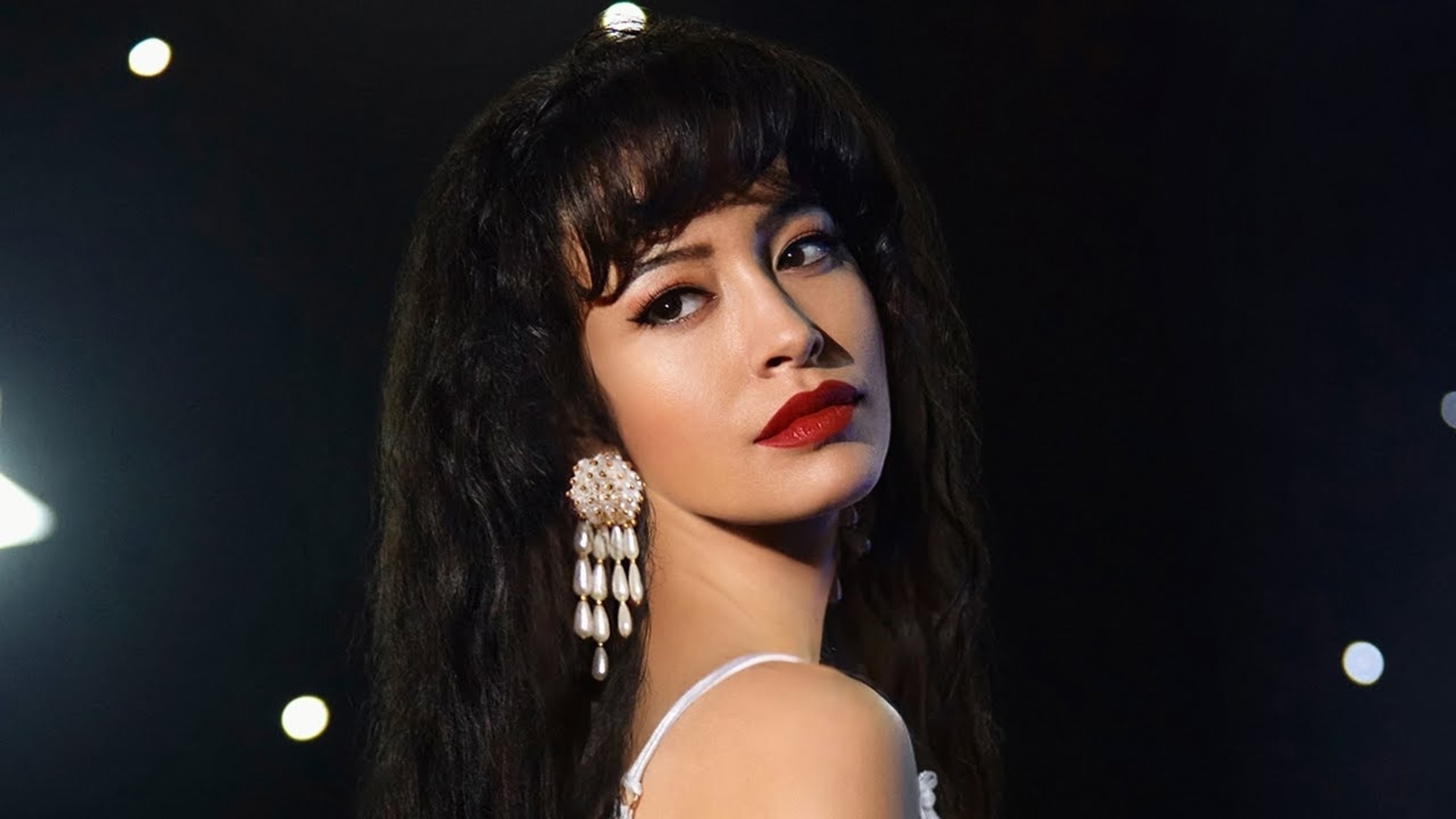 Known to be exceptionally protective over Selena’s legacy, the Quintanilla family signed on alongside Netflix as executive producers of the series. Selena’s father, Abraham Quintanilla Jr. & Selena’s sister, Suzette Quintanilla, both joined other executives to create this show.

So what exactly was the Quintanilla family’s role in all of this? According to Selena’s sister, Suzette, the whole point of this Netflix production was to reportedly draw in a new audience, provide a full Selena history, and do justice to her memory. The show follows her from early life, through her rise to stardom, and then documents the peak of her career before tragedy struck.

With authenticity in mind, the family provided some of Selena’s actual belongings to the series creators so they could really get a feel for what their loved one was actually like in person. The family also reportedly handed over some of Selena’s journals to ensure that the production team could really understand what was going through Selena’s mind during her life in the spotlight. 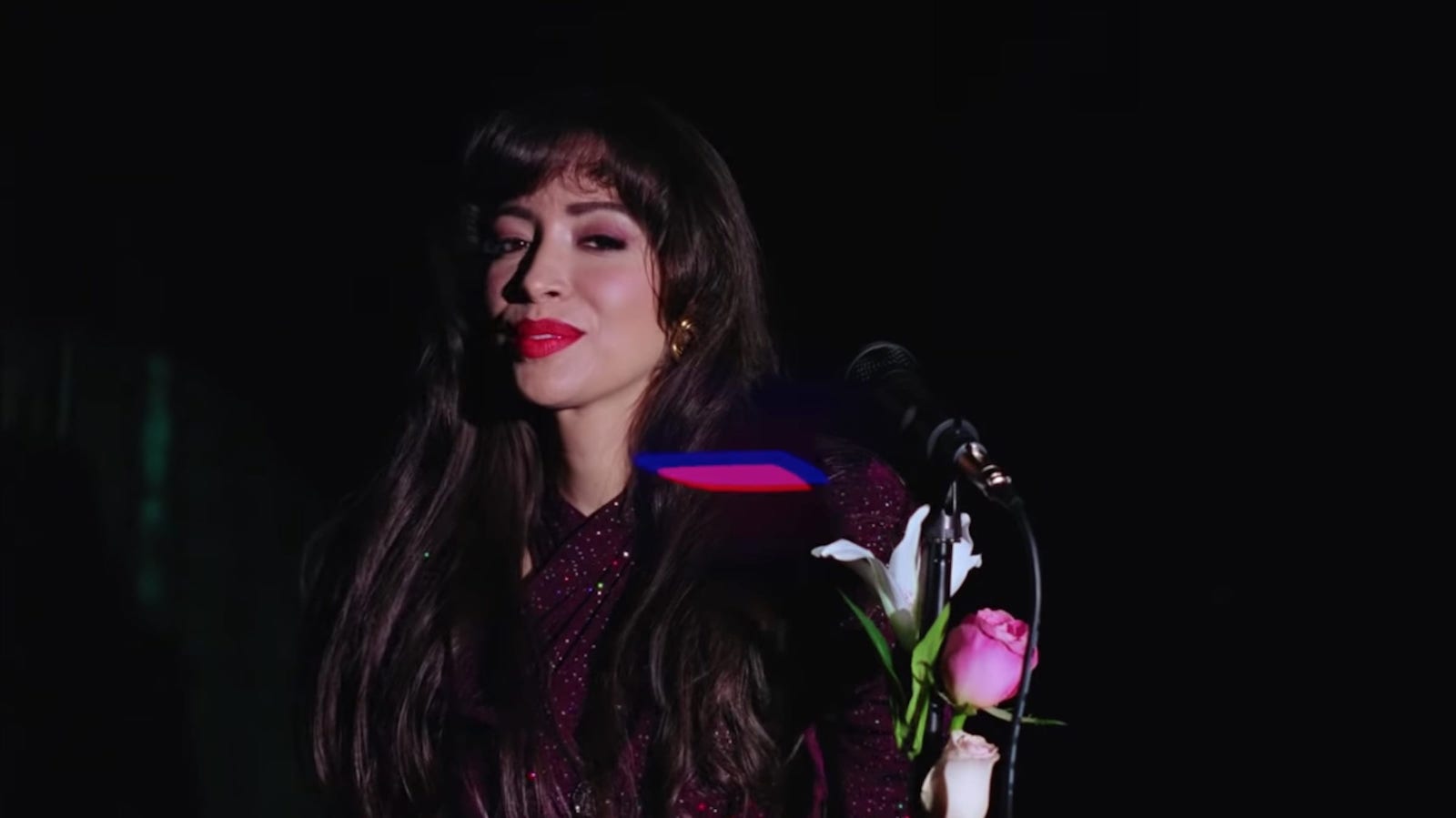 Selena: The Series showrunner Moisés Zamora told Forbes that working with Selena’s sister on this project was incredibly emotional. Selena and her sister were reported to be very close, and Suzette lived the entire rollercoaster journey of Selena’s career right alongside her sister.

Although the Quintanilla family are widely known to be incredibly protective of their loved one’s legacy, Zamora told Forbes that the production had the full support of the family. “This is the story they wanted to tell and this is the story I wanted to tell. The inspiring Mexican-American dream that by definition is also an American dream and it should be treated as such. I am so grateful, honored and humbled by the decision to let us tell this story,” said Zamora. 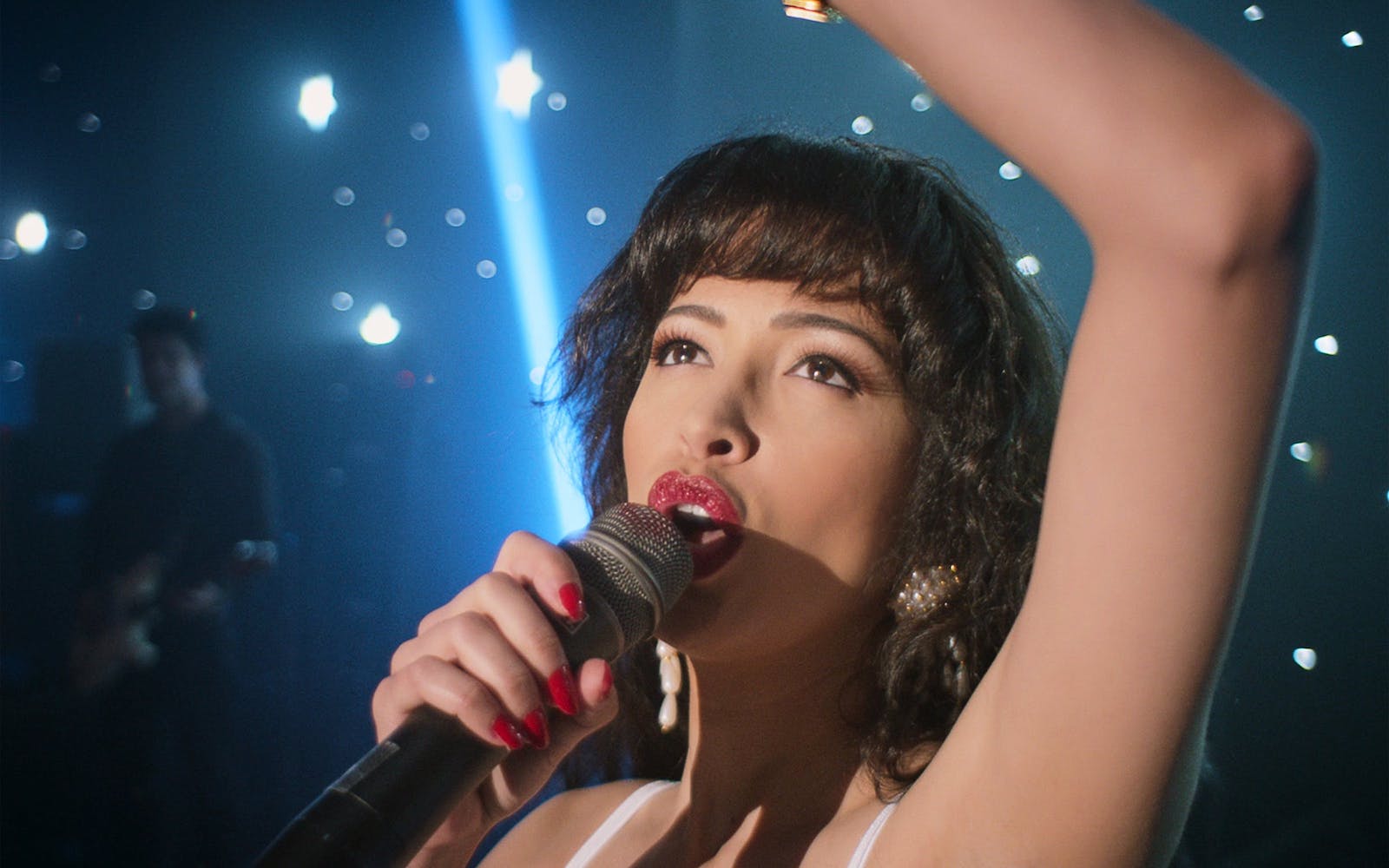 However, this is not the first time the Quintanilla family has participated in, and contributed to, film & television industry productions about Selena’s life. Family members also contributed to the 1997 Selena film starring Jennifer Lopez. Suzette worked with Lopez back then to develop Lopez’s understanding of Selena’s character, while her father signed onto that project as an executive producer as well.

Selena died tragically in 1995 just two weeks before her twenty-fourth birthday. The singer was shot and killed by her associate Yolanda Saldívar. Saldívar was the creator and president of Selena’s official fan club, as well as the manager of the Selena Etc. boutiques in San Antonio & Corpus Christi in Texas. 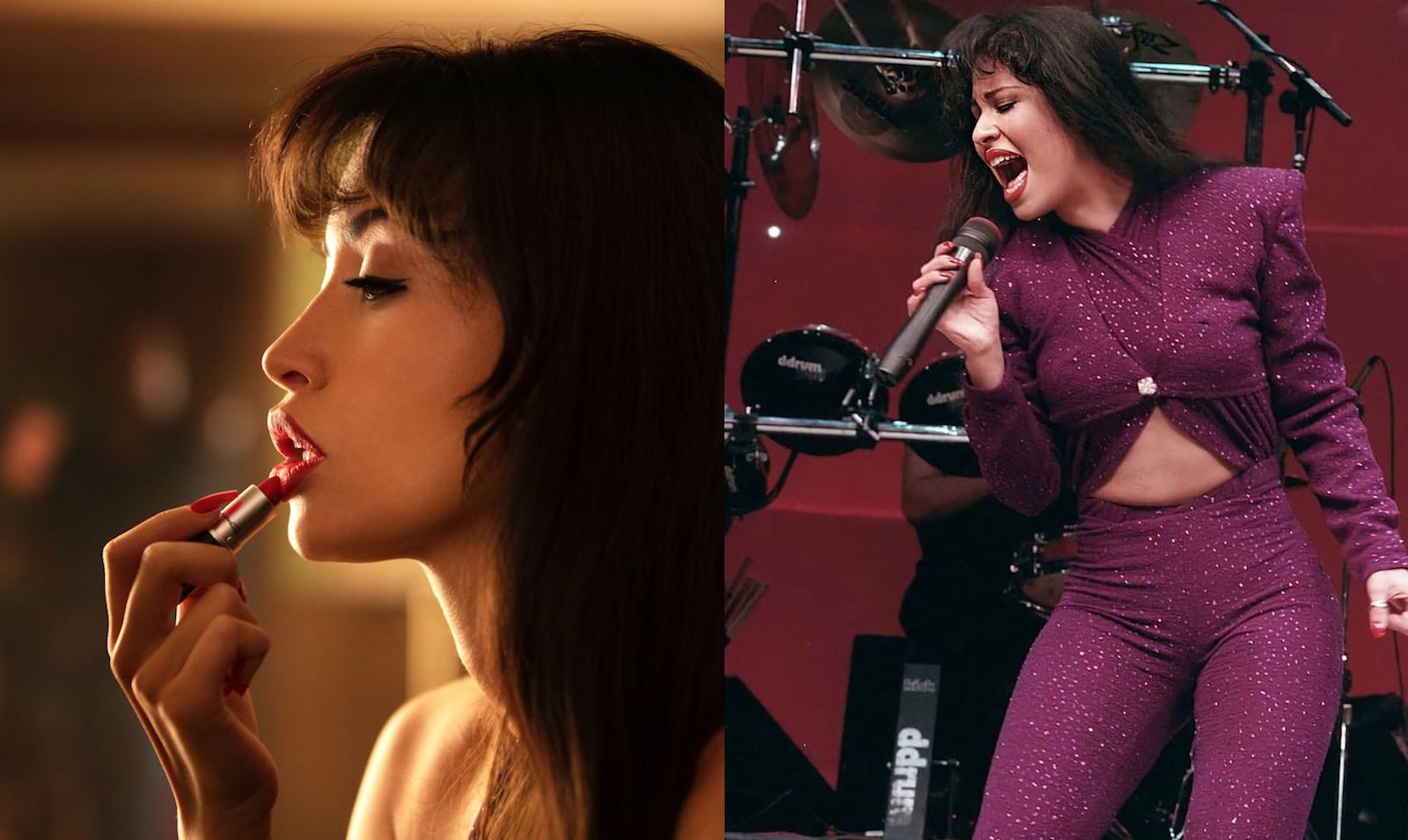 Saldívar embezzled more than $30, 000 USD from the boutiques and the fan club. Upon learning about this, the singer approached Saldívar, asking for financial statements and proof that would disprove the claims, which is when Saldívar pulled out a gun and shot Selena.

Saldívar was arrested and convicted of the crime in October, 1995. She was sentenced to life in prison with the possibility of parole in 30 years. This means it is possible that Saldívar could be released in 2025.

Are you one of the millions of Americans watching Selena: The Series on Netflix this weekend? If so, we would love to hear from you! Drop us a comment and tell us what you think.